3 108 m
Elevation
Elevation is the altitude of a place
above sea level.

2 836 m
Prominence
Peak’s prominence is the least
vertical to be covered to get from the
summit to any other higher terrain.

Proportional Prominence 2 963 m
Ultra
Mountains with prominence of 1 ⁠500 ⁠m / 4 ⁠921 ⁠ft or more.
Volcano
Most commonly a conical hill or mountain built around a vent that connects with reservoirs of molten rock below the surface of the Earth.
Location
60.48469 N  -152.743576 W
Redoubt Volcano, or Mount Redoubt, is an active stratovolcano in the largely volcanic Aleutian Range of the U.S. state of Alaska. Located at the head of the Chigmit Mountains subrange in Lake Clark National Park and Preserve, the mountain is just west of Cook Inlet, in the Kenai Peninsula Borough about 180 km (110 mi) southwest of Anchorage. At 10,197 feet (3,108 m), in just over 5 miles (8 km) Mount Redoubt attains 9,150 feet (2,700 m) of prominence over its surrounding terrain. It is the highest summit in the Aleutian Range. 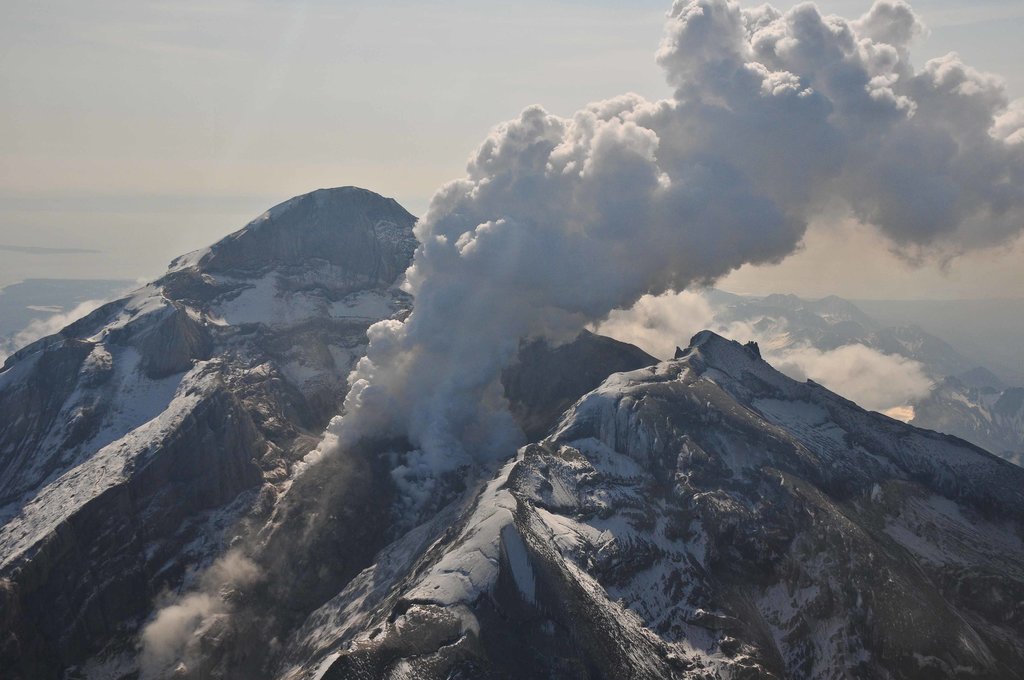 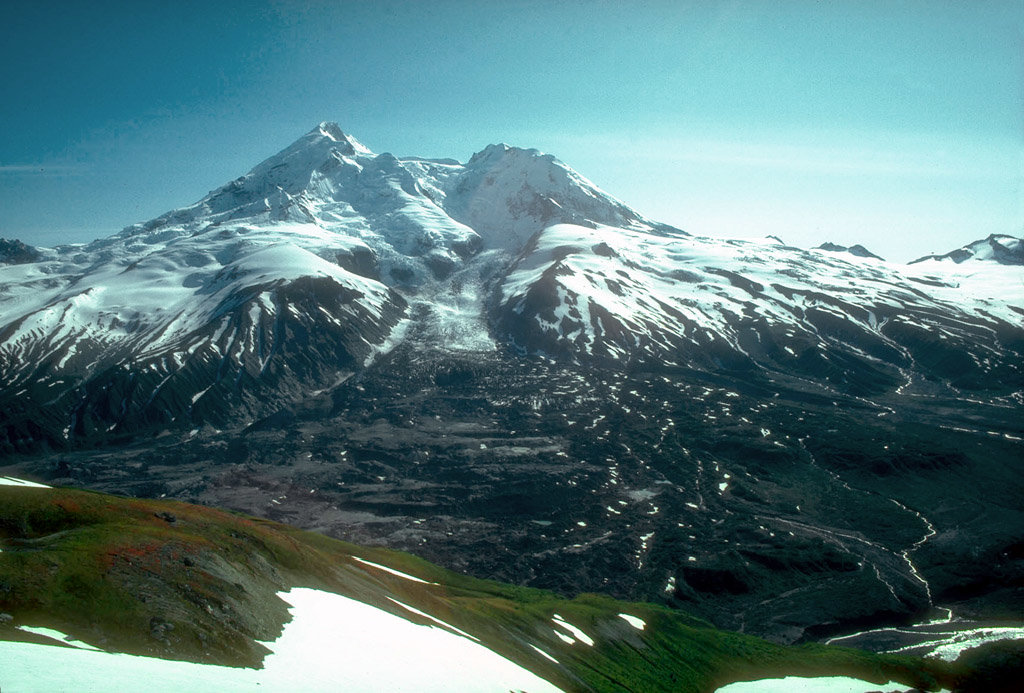 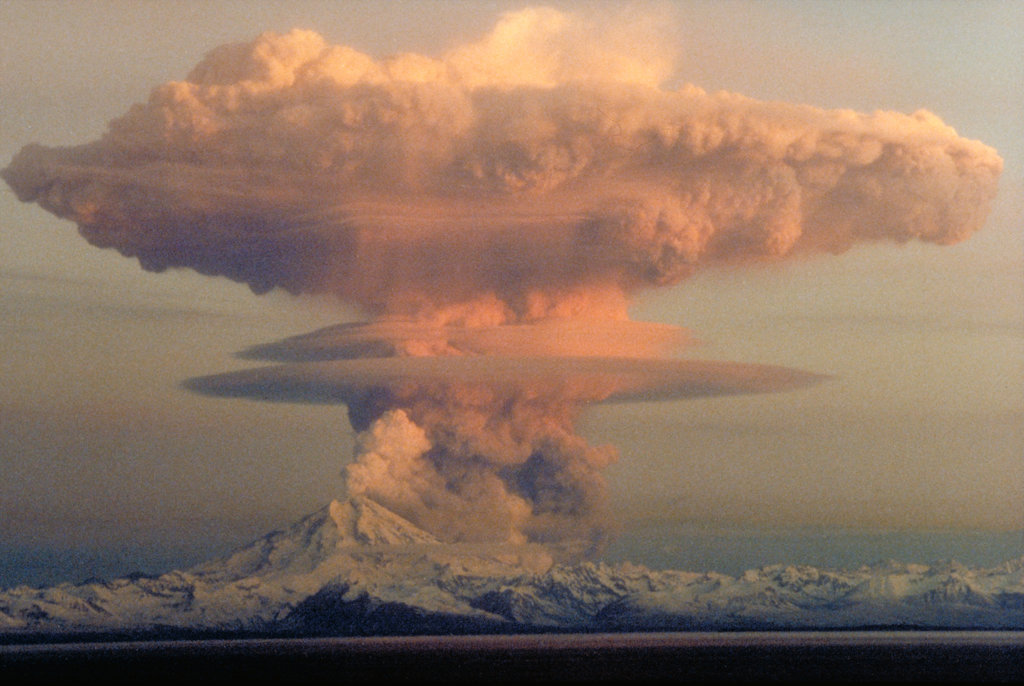 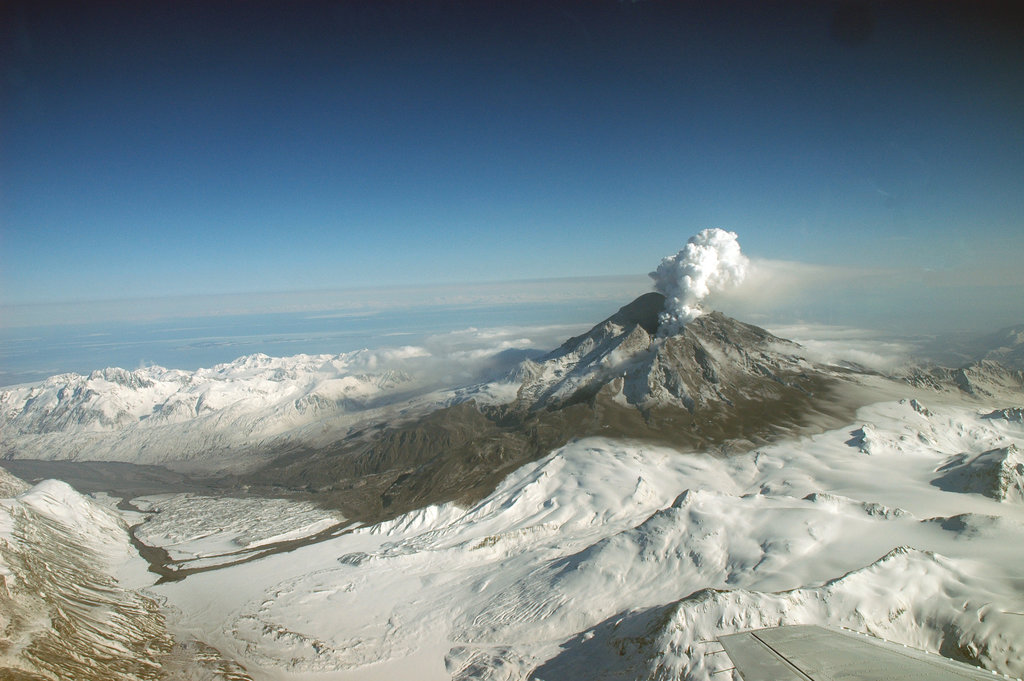 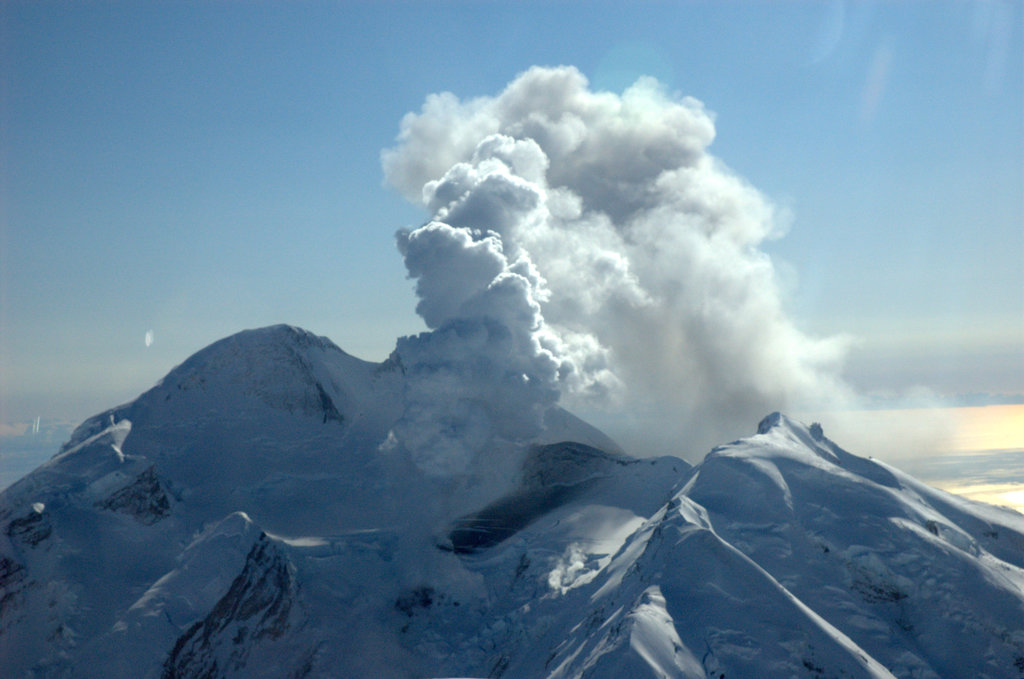