Sitka
1
Mountains with prominence of 1 ⁠500 ⁠m / 4 ⁠921 ⁠ft or more.
Highpoint

Known for its dense temperate rainforests and abundance of wildlife, Sitka (Tlingit: Sheet’ká) is a city-borough in the southeastern panhandle of the US state of Alaska. Sitka is home to 85 mountains, the highest and most prominent of which is Peak 5390 (5,390ft/1,643m). Other notable peaks include Mt. Lacey, Mount Bassie, and Mount Ada. 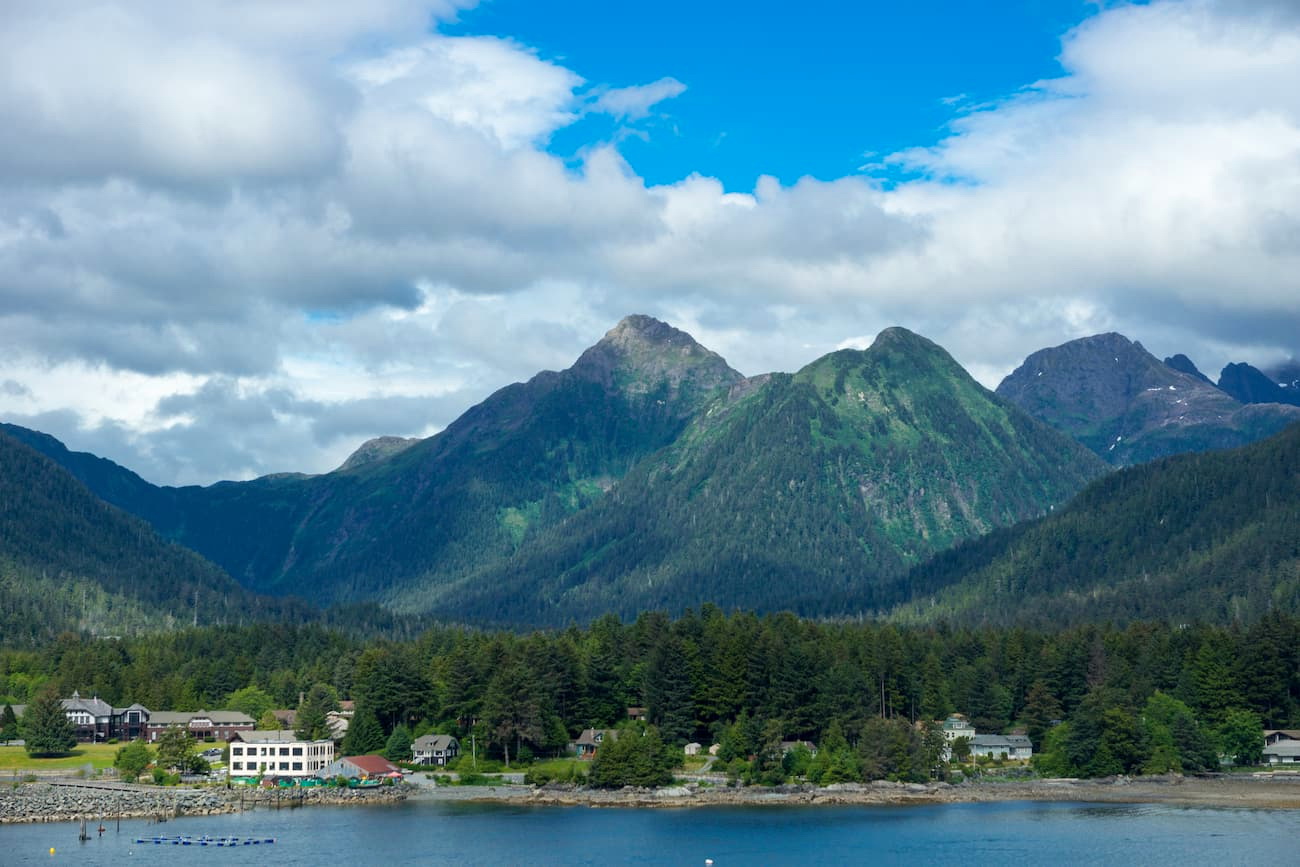 The city is located on the western side of Baranof Island and the southern edge of Chichagof Island in the Alexander Archipelago, which is part of the Northwest Coast Islands of the USA and Canada. Interestingly, Baranof Island is slightly larger than the state of Delaware and is the tenth largest island in the United States.

Sitka is just west of Admiralty Island, Kuiu Island, and the city of Juneau, Alaska’s capital. Parts of the borough are included as part of Tongass National Forest and the entire island is south of Glacier Bay National Park and Preserve and the Kluane/Wrangell-St. Elias/Glacier Bay/Tatshenshini-Alsek UNESCO World Heritage Site.

Geologically, the history of Sitka and the rest of the Alaskan Panhandle is separate from that of the more northern reaches of the state. The majority of the region is granitic, some of which has been metamorphosed to create marble, gneiss, and schist. There is also a substantial amount of marine sedimentary rock in the area, which formed as a result of the continuous accretion of terranes throughout the region’s history.

The region is also part of the Ring of Fire, the seismically and volcanically active edge of the Pacific Ocean. Much of the geology of southern Alaska is the result of the subduction of the Pacific Plate under the North American Plate, which helped to form the nearby Saint Elias Mountains and the Aleutian Range much further to the west.

Interestingly, despite Sitka’s fairly northern location, the borough’s proximity to the ocean (and the fact that it’s a collection of islands) means that it has a moderate oceanic climate (Köppen Cfb).

Sitka receives a significant amount of precipitation each year, mostly in the form of rain. Meanwhile, the average temperature is 36.4ºF (2.4ºC) while the lowest temperature ever recorded was -1ºF (-18.3ºC). So, the borough has a much milder climate than the rest of Alaska and is more similar to what one would find in the Highlands and Islands of Scotlan than in Fairbanks.

As a result of its very wet and mild climate, Sitka’s natural landscape is predominately temperate rainforest, most of which is Sitka spruce, western red cedar, and western hemlock. These temperate rainforests support a rich diversity of wildlife, including brown bears, mountain goats, wolves, bald eagles, black bears, and Sitka black-tailed deer.

Outside of the temperate rainforest, much of the region is covered with glaciers or post-glacial landscapes of exposed scree and talus. Additionally, the borough is home to an abundance of marine life, including all five species of Pacific salmon, humpback whales, orcas, seals, otters, porpoises, and sea lions.

The modern-day city of Sitka is located on an ancient settlement that was originally inhabited by the Tlingit people, starting some 10,000 years ago. The Tlingit, who once inhabited a wide swath of land around the northwestern coast of both the US and Canada, lived throughout the Alexander Archipelago, with the exception of the southern tip of Prince of Wales Island, which was the territory of the Haida.

Russian fur traders arrived toward the end of the 18th century, settling in “Old Sitka” (Russian: форт Архангела Михаила) in 1799. Alexander Baranov, for whom the island was given its English/Russian name, was the governor of Russian America at the time and he arrived in the region to set up the Russian America Company as chartered by Tsar Paul I.

By 1802, however, a group of Tlingit destroyed this original settlement and killed many of the settlers, holding a few others ransom. Baranov then paid a large sum of 10,000 rubles to ensure the safe return of the group of surviving settlers and then returned two years later with a warship to attack the Tlingit. The Tlingit eventually surrendered during what would later be known as the Battle of Sitka.

After this battle, the Russians established a new settlement, “New Archangel”, which became the largest city in the region and the capital of Russian America. After Alaska was sold to the United States in 1867, Stika served as the administrative capital for the District of Alaska before it was relocated to Juneau in 1906 in the aftermath of the Klondike Gold Rush.

During World War II, the US Navy and Army both constructed bases in and near Sitka until their deactivation in 1944. However, US Coast Guard Air Station Stika was established in 1977 and remains active to this day.

Soon after the war, the Japanese invested in the Alaska Pulp Corporation which operated mostly around Sitka. Starting in 1959, the company produced pulp from the wood that they harvested from Tongass National Forest for nearly 40 years before officially closing in 1993.

Gold mining also played a small role in developing the town, but fish canning has since become one of the largest industries in the region. In fact, Sitka is the 6th largest port (in terms of monetary value) in the United States. The city also has the largest harbor system in the state of Alaska.

The other main employer of the region is the South East Alaska Regional Health Consortium (SEARHC), which is a non-profit tribal health consortium that serves the interests of Alaska Natives in the Alaska Panhandle.

There is also a small university in the city, the University of Alaska Southeast-Sitka, which is located on Japonski Island. Sitka also happens to be the location of the Alaska State Trooper Academy, which trains all future state police officers in Alaska.

The area around Sitka is a veritable outdoor playground. Here are some of the best trails to check out when in the region:

The Mount Verstovia Trail covers 4.5 miles (7.3km) of out and back hiking that takes you to the summit of Mount Verstovia just to the east of the city. It is a popular dog-friendly hike with lots of elevation gain that offers great views of the surrounding landscape.

The Herring Cove Trail is 3.6 miles (5.8km) long and is a casual walk through Tongass National Forest. The hike visits a few creeks, waterfalls, and lakes and is a good option for a short day hike for all ability levels.

The trailhead for Gavan Hill is located close to town and the trail takes hikers on a nice walk above treeline with great panoramic vistas. There are multiple destinations to choose from on this hike, including viewpoints, overlooks, and even the summit of Gavan Hill.

The Indian River Trail is a 4.4 mile (7.1km) casual walk through a dense forest with occasional breaks in the trees with views of North Sister, South (Middle) Sister, and East Sister. There are also scenic waterfalls and nice swimming spots along the trail for some added fun during the summer months.

Here are some of the best places to stay in and around the Sitka Borough region:

If you’re traveling to Baranof Island, the city of Sitka is likely your destination. Sitka has a population of nearly 9,000 people and is the largest city on the island. Transportation to the island is limited to either boat access, via the Alaska Marine Highway or private vessel, or by plane from cities such as Juneau or Seattle.

Visitors looking to travel around Southeast Alaska will often first arrive in Juneau, the state’s capital city. Juneau has about 30,000 residents and is accessible on the Alaska Marine Highway ferry system or by plane to locations such as Seattle and Anchorage. There are also short “milk run” flights from Juneau to smaller towns around Southeast Alaska. 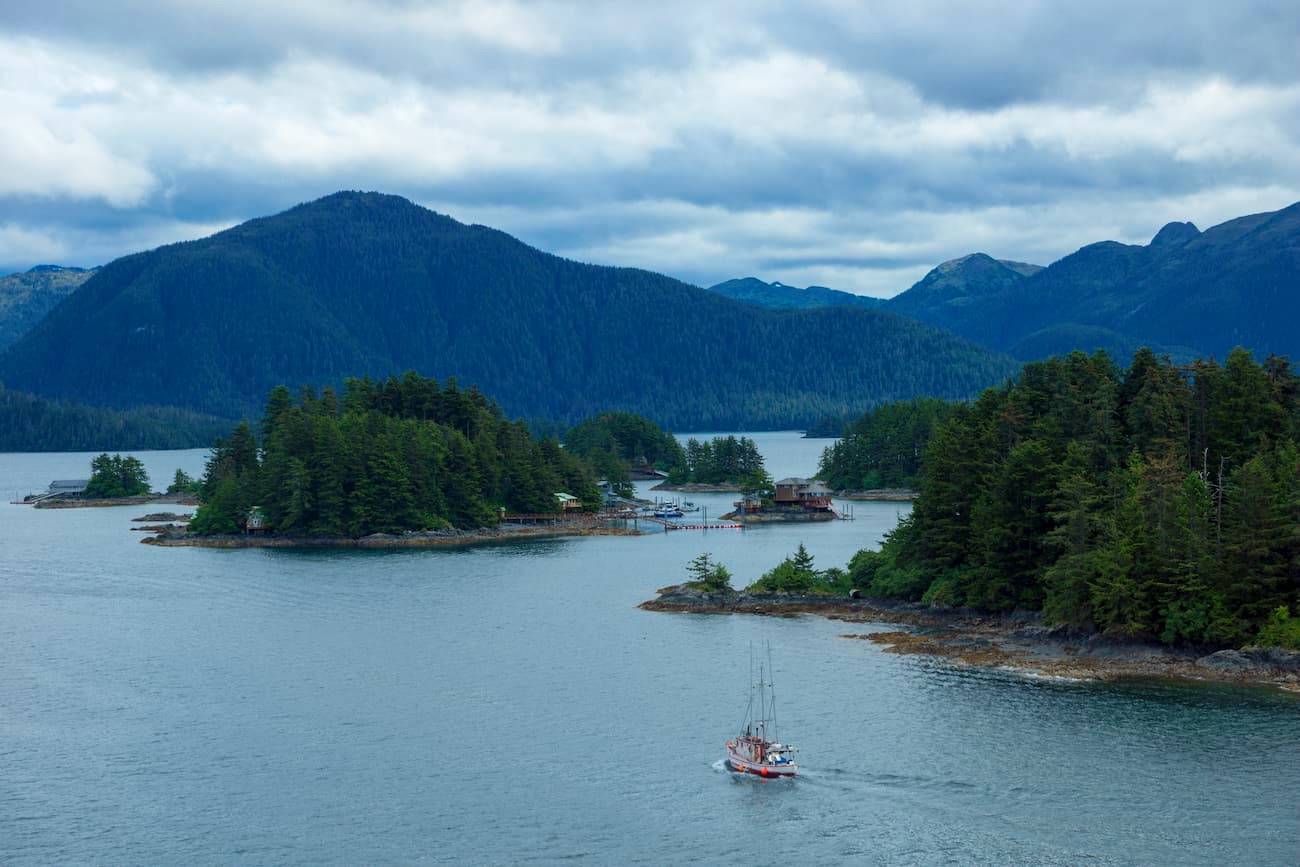 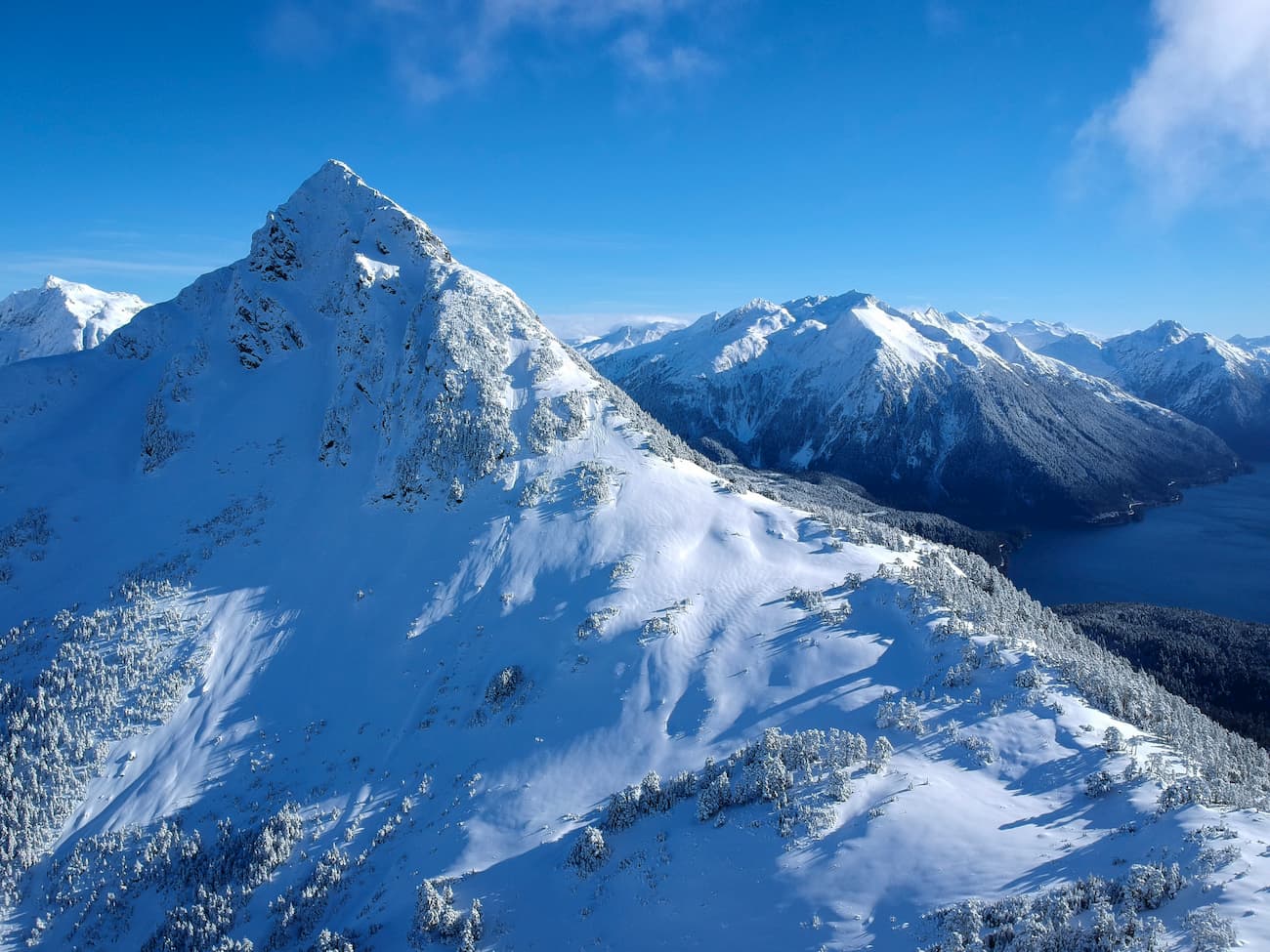 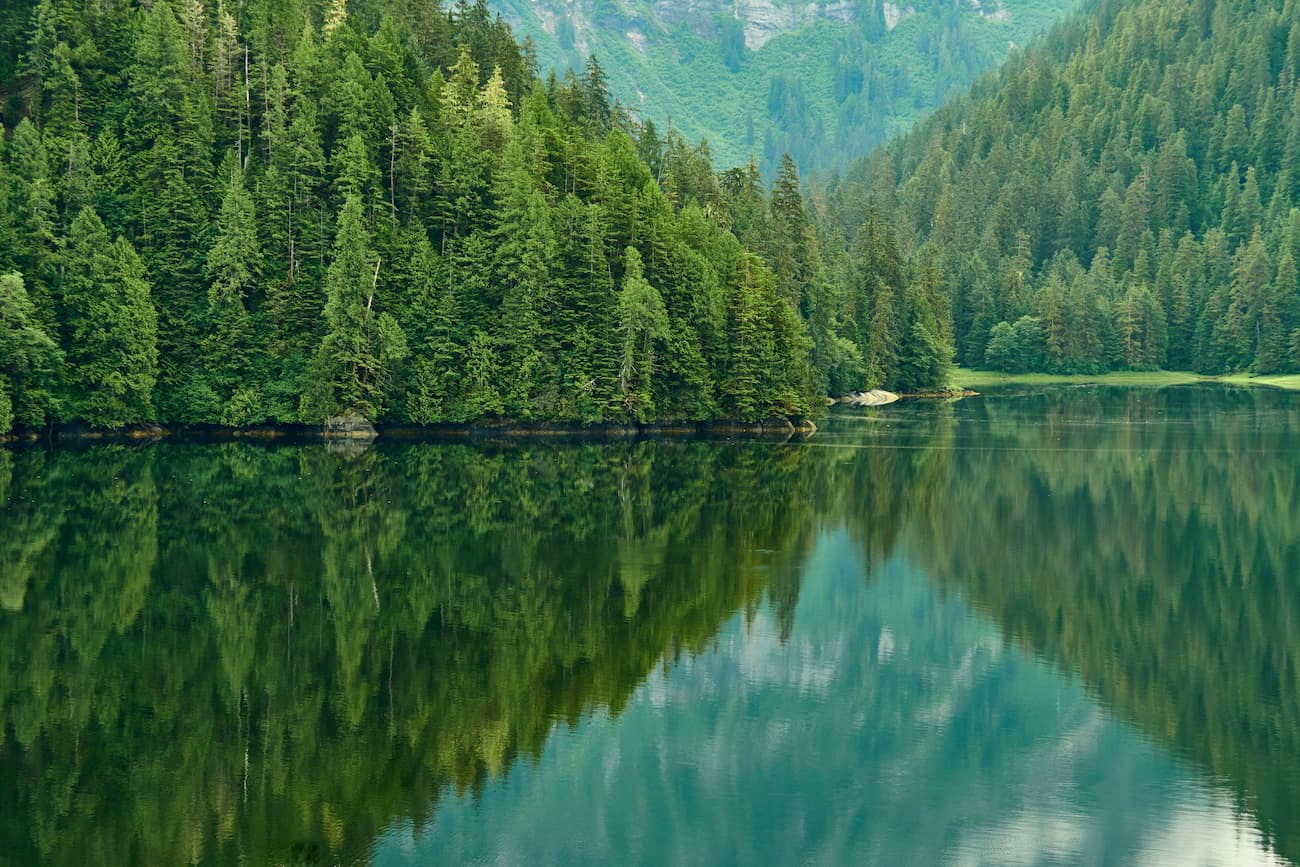 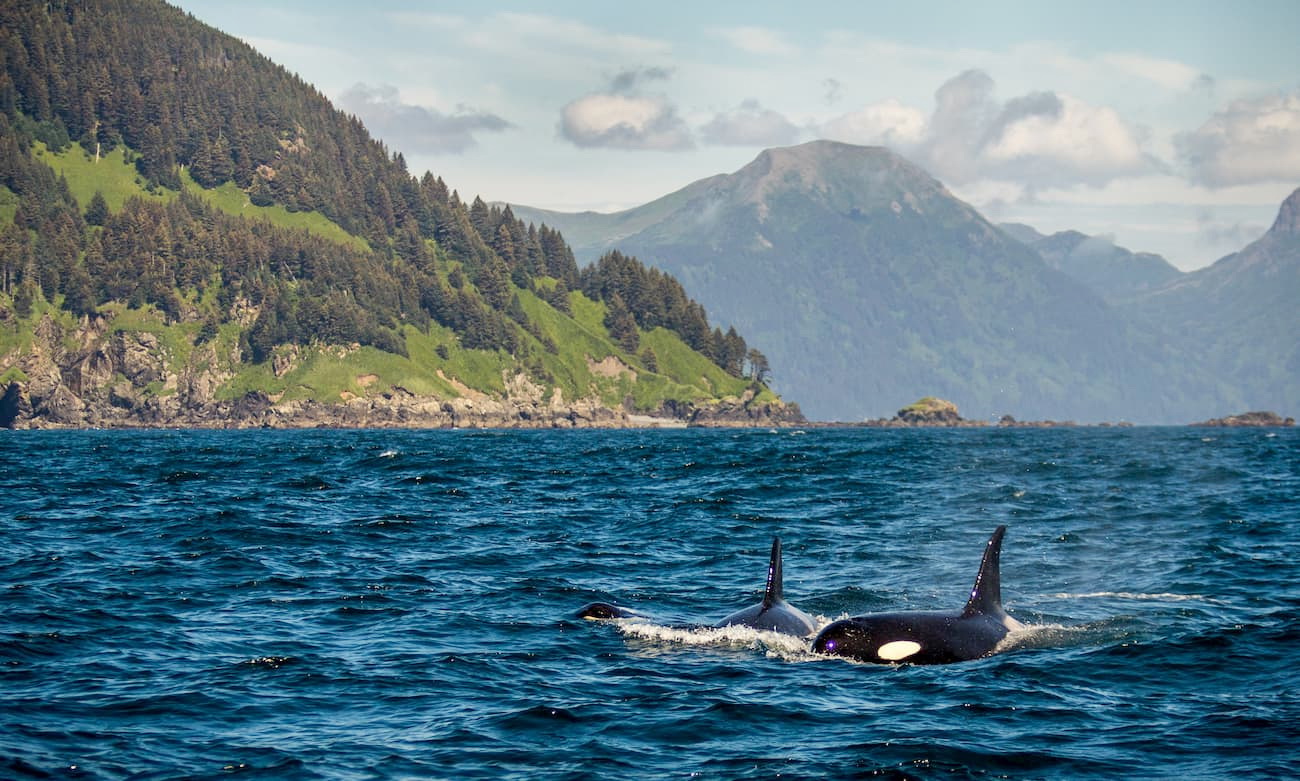 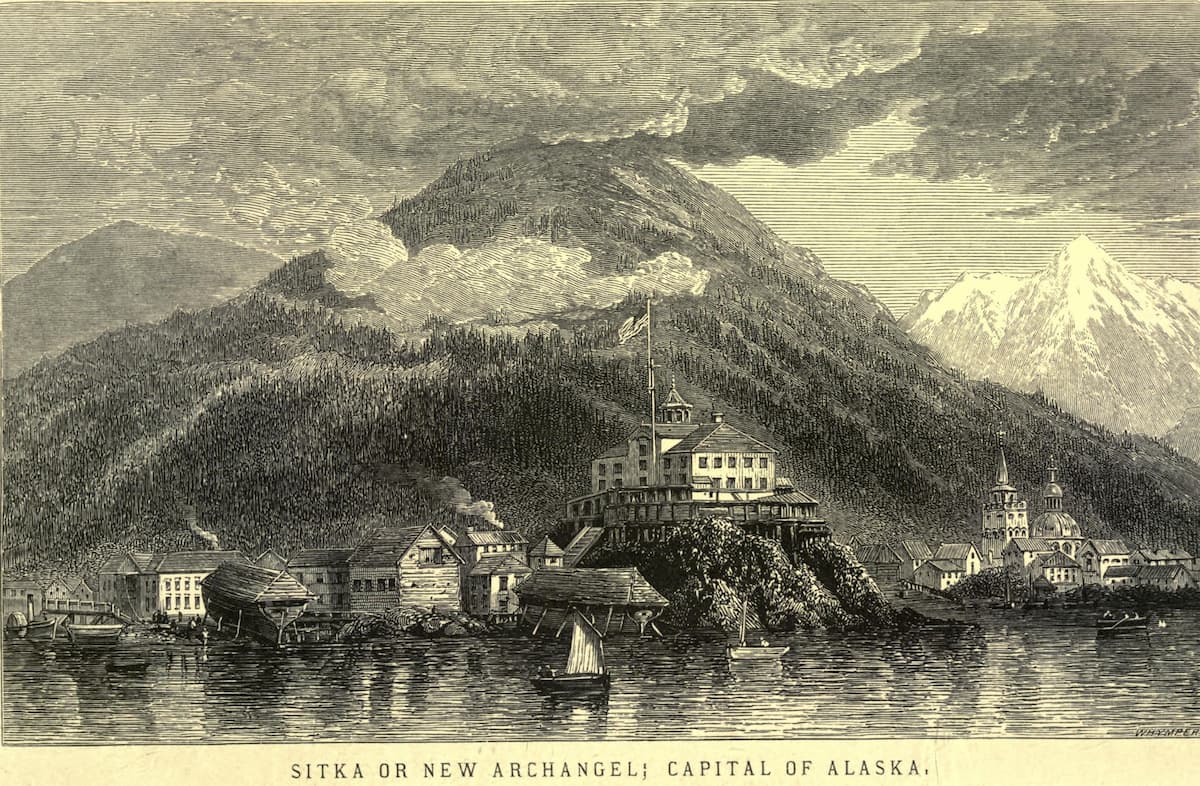 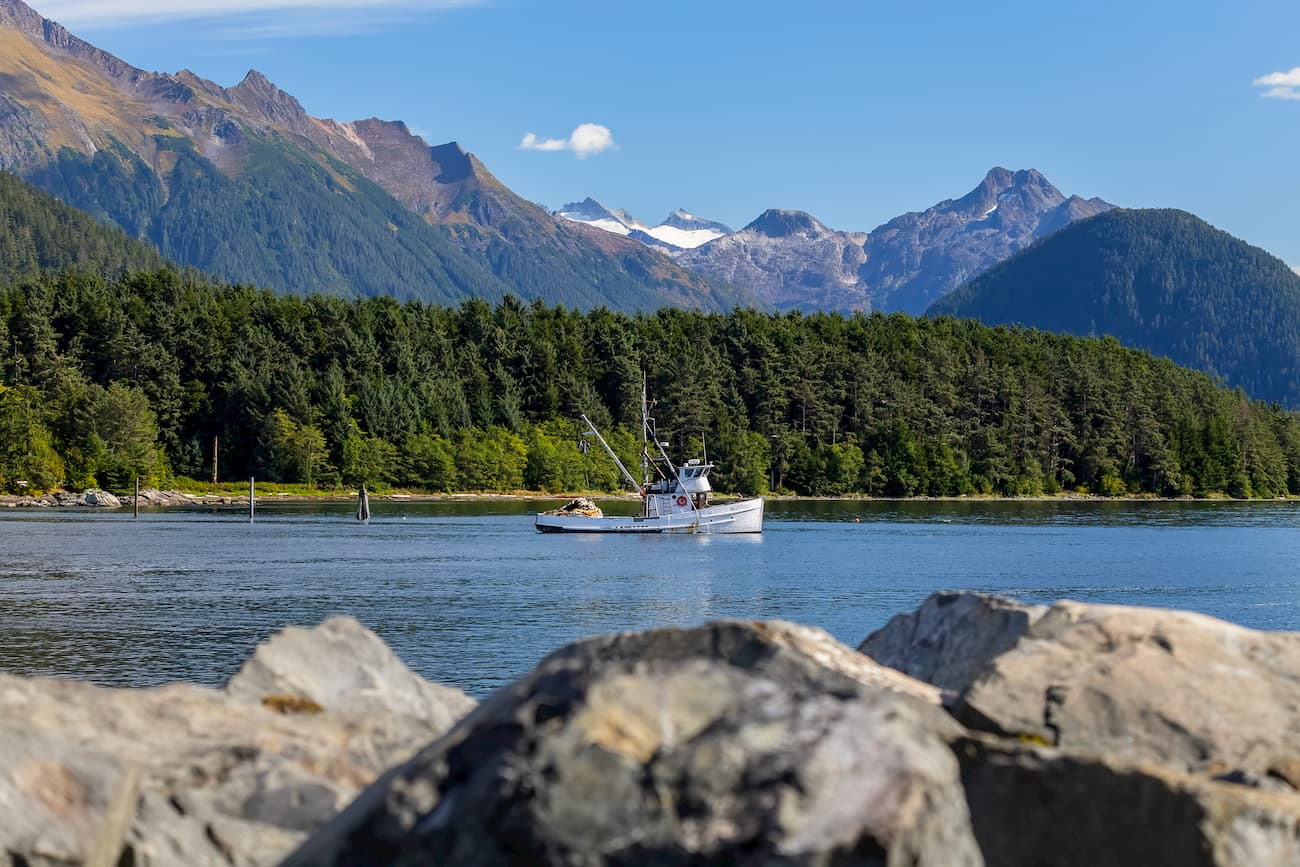 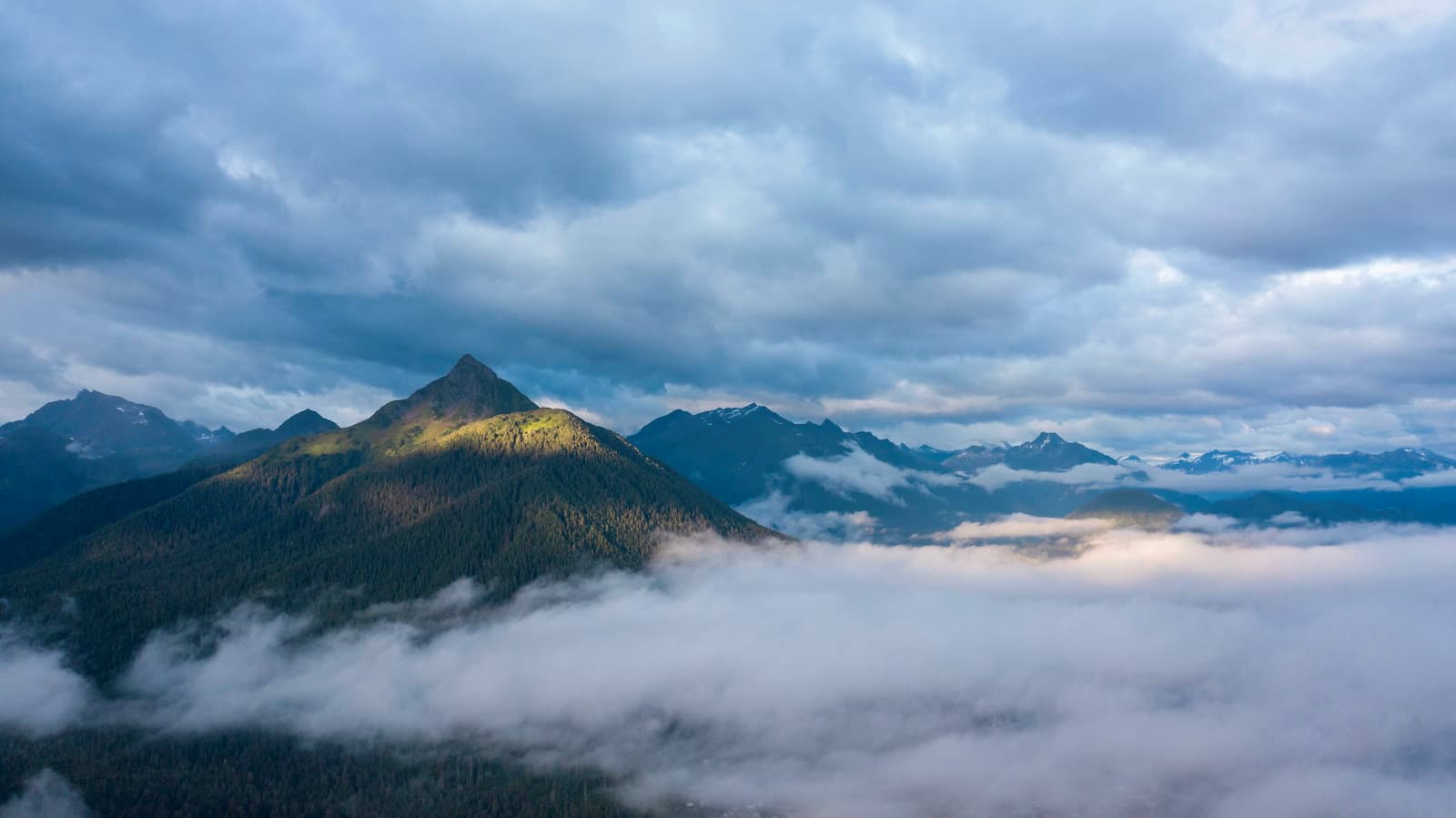