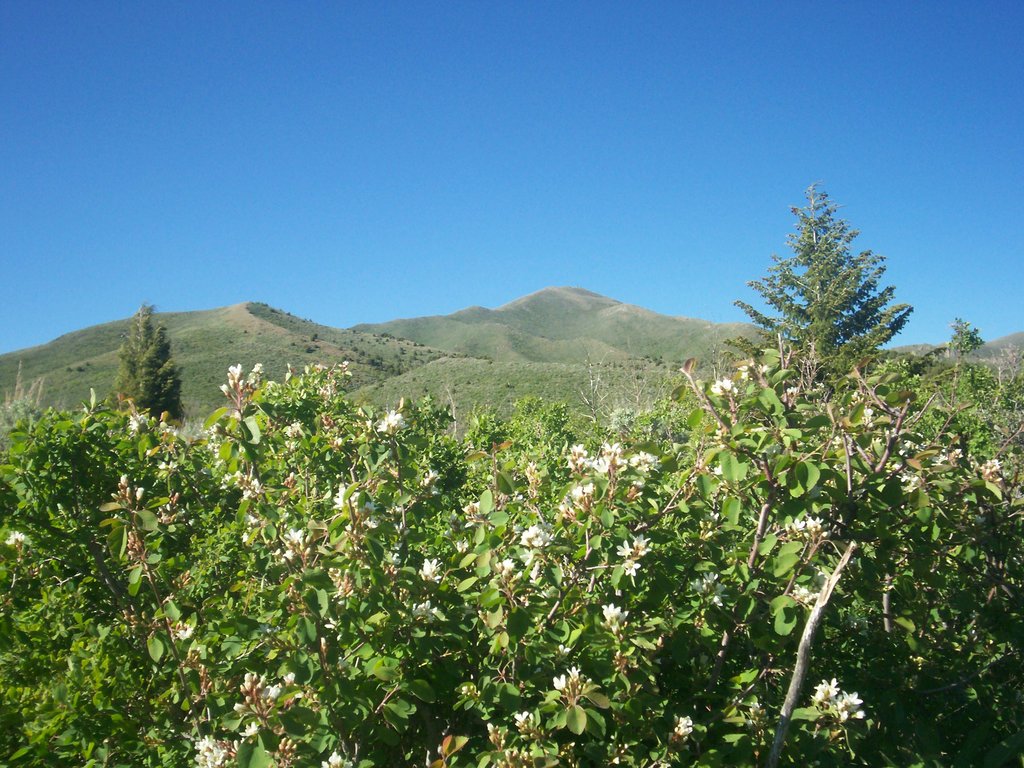 The Caribou Range is situated in southeastern Idaho, along the state’s borders with Utah and Wyoming. It is just north of the town of Logan, Utah and just southeast of the city of Idaho Falls, Idaho within Caribou, Bear Lake, and Bonneville counties.

Representing some of the northernmost reaches of the Western Rocky Mountains, the Caribou Range is bordered to the north by peaks in the Idaho-Bitterroot Rocky Mountains and to the east by those in the Greater Yellowstone Rockies.

Currently, the peaks in the Caribou Range are included as part of Caribou-Targhee National Forest, which covers much of the western edge of Idaho up toward the state’s border with Montana.

The Caribou Range is bordered to the east by the peaks of the Wyoming Range, which separates them from the Wind River Range, all of which is included as part of the Bridger-Teton National Forest. To the north, the Caribou Range is flanked by the Elkhorn Mountains within Caribou-Targhee National Forest and the Teton Range within Grand Teton National Park and the Jedediah Smith Wilderness.

Meanwhile, to the west, the Caribou Range is bordered by the Wasatch Range and the Snake River Plain, which contains the city of Idaho Falls and Craters of the Moon National Monument and Preserve.

Geologically, the Caribou Range is part of the Western Rocky Mountains, which itself is a subrange of the Rocky Mountains that extend from New Mexico to the province of British Columbia in Canada.

The Rocky Mountains formed throughout a series of mountain building events (known as orogenies). In particular, the Laramide orogeny some 80 to 55 million years ago was especially important in the creation of the mountains that we see in the Rockies today.

However, the Caribou Range is also part of the Wyoming Thrust Belt region, which is a complex structure of mountain ridges that run throughout Utah, Colorado, Wyoming, and Montana. These peaks were also partially created during the Sevier orogeny some 160 million to 50 million years ago, which overlapped with the Laramide orogeny in both time in geographic location.

During the Sevier orogeny, the Farallon plate subducted under the North American plate, uplifting the Paleozoic and Mesozoic sediments that had collected in the region. As part of this subduction, there was crustal compression and folding, which eventually formed the many linear ridges that we see today in the Caribou Range and elsewhere in the region.

The Caribou Range contains a surprising amount of biodiversity. At lower elevations, the range is dominated by grasses and sagebrushes. However, higher in the mountains, there are large stands of lodgepole pine, fir, spruce, and quaking aspen.

The Caribou Range and the waterways of the surrounding region are also home to substantial fish populations. In particular, pike, brook trout, and cutthroat trout are found in the regino’s many streams and lakes.

The land in and around the Caribou Range has been home to humans for thousands of years. Although many groups lived throughout the region, the Shoshone-Bannock were perhaps the most dominant. Other nearby groups include the Eastern Shoshone and the Cheyenne to the east as well as the Ute who traditionally lived on the land to the south of the Caribou Range.

During his second expedition in 1843-1844, John C. Frémont traveled just south of the Caribou Range on his way to the West Coast, which made them some of the earliest of European and European-Americans to visit the region other than the occasional fur trapper.

A few decades later, Jesse Fairchilds, a.k.a. “Cariboo Jack” travelled to the area in search of gold. Fairchilds had participated in the Cariboo Gold Rush in British Columbia during the early 1860s and, upon his arrival in the Caribou Range, fairly quickly found gold near Caribou Mountain.

Like most discoveries of gold, this precipitated a gold rush in the region, which lasted about 20 years and produced tens of millions of dollars worth of gold. Once the gold disappeared, so, too, did the nearby towns of Keenan City and Iowa Bar, which are now both abandoned.

In 1903, the region was first protected as the Pocatello Forest Reserve after its designation by then-President Theodore Roosevelt. Eventually, the region became Caribou National Forest, which was later administratively combined with the larger Targhee National Forest.

In keeping with the US Forest Service’s motto of “Land of Many Uses,” much of the region has been mined extensively for phosphates, which are used to supply the fertilizer industry. Logging and grazing are also allowed, by permit, in the forest and the Caribou Range.

The Caribou Range is perhaps less popular for outdoor recreation than the nearby Wasatch Range, Wind River Range, and Teton Range, but it still offers plenty of great hiking opportunities, the majority of which are off-trail. Here are some good places to check out:

Caribou Mountain is among the highest peaks in the Caribou Range, offering excellent hiking and climbing opportunities to experienced recreationalists. There are a number of different approaches to the summit, though each involves substantial amounts of off-trail travel.

A traverse of the northwest cirque is a popular class 2 approach and there are a number of old, informal trails that lead down the mountain.

On the flanks of Caribou Mountain, there is an old guard station which is now a public-use cabin that can be reserved online. The cabin is accessible by car during the summer but wintertime visitors need to make the 6 mile (9.7km) hike to the station either on skis or snowmobile.

From the guard station, there are plenty of hiking, climbing, and fishing opportunities, making it a great place to basecamp in the range.

Here are some of the best places to stay before or after your visit to the Caribou Range:

Salt Lake City is the capital and largest city in Utah with over 200,000 residents. It is just south of the Caribou Range and is a well-known outdoor recreation destination. The city is well connected by road and it has an international airport with good links to other major cities around the world.

The city of Jackson is situated just northeast of the Caribou Range. It is home to around 10,000 people and is a world-famous outdoor recreation destination, thanks to its proximity to Grand Teton National Park, Yellowstone National Park as well as the Grand Targhee, Jackson Hole, and Snow King Mountain ski areas.

Jackson has an airport (which happens to be the busiest in Wyoming) with good connections to Salt Lake City and other major destinations, such as New York, Chicago, and Los Angeles.

Idaho Falls is located to the northwest of the Caribou Range. It is the largest city in Idaho outside of the Boise Area, with some 60,000 residents. The city is a commercial and cultural hub of eastern Idaho and it has the second busiest airport in the state with connections to major cities in the western United States. 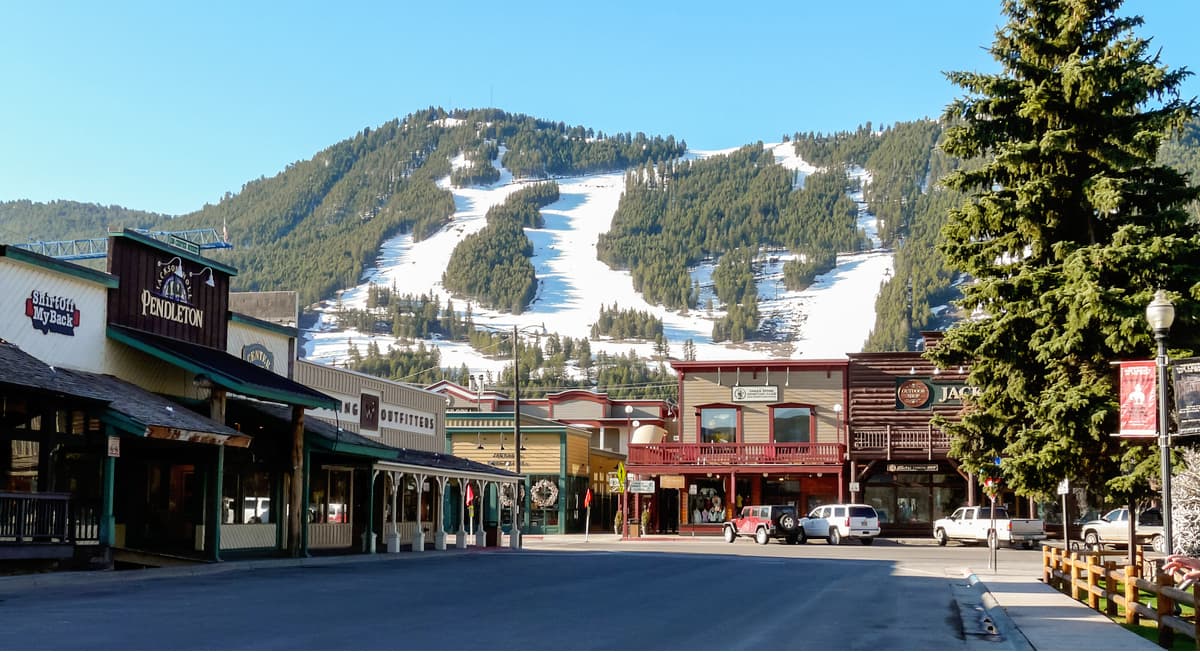 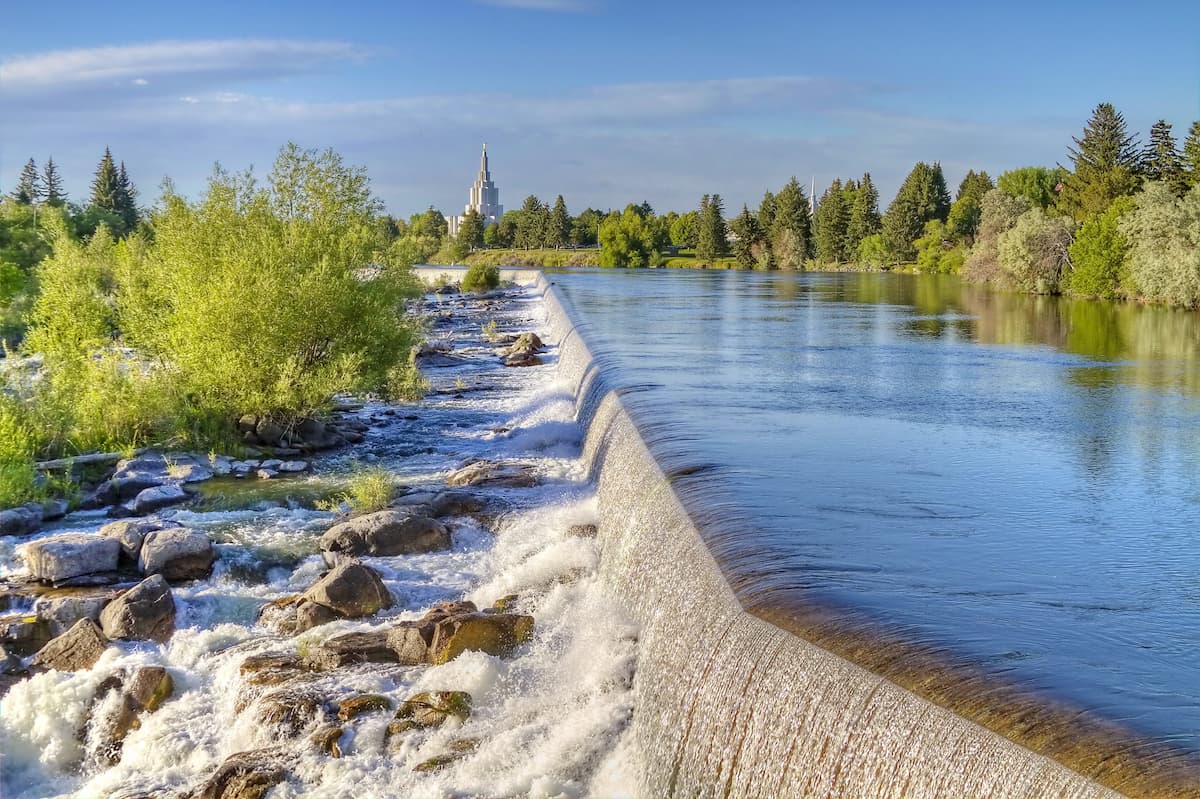