Home to a collection of rugged hills and deep valleys, the Sublett Range is a small mountain range located in the southeastern region of the US state of Idaho. The range contains 8 named mountains, the highest and most prominent of which is Cedar Creek Peak (7,541ft/2,271m).

The Sublett Range (also called the Sublett Mountains) is a small collection of peaks located to the south of the Snake River in the state of Idaho, though a small section of the range technically crosses the state line into Utah. It is located mostly within Cassia County and parts of it also extend into Oneida, Power, and Box Elder counties.

Spanning just 55 miles (89 km) in length and boasting a width of just 33 miles (53 km), the Sublett Range is relatively small when compared to ranges in the Idaho-Bitterroot Rocky Mountains system to the north, such as the Bitterroot Range, the Lost River Range, and the Sawtooth Range.

Nevertheless, the Sublett Range is surrounded by other mountain systems on nearly all sides. In particular, it is located to the east of the Albion Mountains and the Goose Creek Mountains as well as to the west of the Deep Creek Mountains.

Furthermore, the Sublett Range is situated to the north of the Black Pine Mountains, though its northern edge terminates in the low-lying expanse of the Snake River Plain.

For the most part, the Sublett Range is located within the Sublett Division of the Sawtooth National Forest, which is just to the west of the Curlew National Grasslands and to the south of the Craters of the Moon National Monument and Preserve. However, a small section of the range is also located on privately-owned land and even smaller sections are on BLM or state-managed land.

The range is underlain by rocks of the Phosphoria Formation. This formation dates back to the Early Permian and it is composed of thick layers of sedimentary rock, including its namesake phosphorite as well as shale, dolomite, chert, limestone, siltstone, and sandstone.

Interestingly, the Phosphoria Formation is thickest under the Sublett Range, where it reaches a maximum thickness of about 1,380ft (420m). The formation can be found as far east as the edge of the Wind River Range in Wyoming.

Over the years, the Phosphoria Formation and the region around the Sublett Range has been heavily used for resource extraction. Some of the many valuable resources found in the region include phosphorus, uranium, vanadium, and petroleum.

The Sublett Range boasts an ecology that's typical of the Northern Basin and Range Ecoregion where they reside.

Within this region, the climate is quite arid and hot, though it gets a bit more precipitation than the lower-lying Snake River Plain to the north. At the lowest elevations and in the valleys, the Sublett Range is home to sagebrush steppe, where big sagebrush is the dominant plant species.

At higher elevations, woodlands and forests are not uncommon, particularly on northern aspects where precipitation is more likely. Furthermore, there are some particularly nice meadows and wildflowers in the range during the early summer months.

That being said, the region is heavily grazed and much of the land is used for agricultural purposes.

The land in and around the Sublett Range has long been home to humans. Many peoples, including the Shoshone-Bannock Tribes who have a reservation to the north of the range near Pocatello, consider the region to be part of their ancestral homelands and traditional territories.

While Indigenous peoples have lived in the region since time immemorial, it’s believed that the first people of European descent to have visited the region were fur trappers and traders who arrived during the early nineteenth century.

In fact, the range gets its English-language name from that of Wiliam Sublette, who was a fur trader and trapper that worked for the Rocky Mountain Fur Company, which he later owned. Sublette traveled extensively throughout Wyoming and Idaho as part of his work alongside other famed mountain men such as Jedediah Smith and Wiliam Henry Ashley, both of which also have either wilderness areas or national forests named after them.

Toward the middle part of the nineteenth century, the region near the range became fairly well-traveled by immigrants from the eastern United States who were traveling west along the Oregon Trail. However, the bulk of the trail passed to the west of the range closer to the Albion Mountains.

Meanwhile, the city of Rockland, which is located to the east of the Sublett Range, states that their city was founded in the 1870s. During this time, a rancher by the name of Hidalgo Guadelupe Valdez is believed to have herded his cattle into the Rockland Valley where he set up his ranch.

The range was formally placed under the management of the US Forest Service with the establishment of the Sawtooth National Forest in 1953. As a result, the land is managed for multiple uses, including recreation and resource extraction. Today, it's a fairly popular recreation destination in southern Idaho, so it’s well worth the visit if you’re in the area.

When compared to some of the larger mountain ranges in Idaho located to the northeast in the central part of the state, the Sublett Range sees relatively little foot traffic. However, the range is mostly located within the Sublett Division of the Minidoka Ranger District of the Sawtooth National Forest, so there are some trails and camping areas to check out.

Within the Sublett Range, there are two Forest Service–operated camping areas: Mill Flat Campground and Sublett Campground. Both campgrounds are connected to an array of different rails and paths, most of which are popular among ATV users.

The peaks of the range can, for the most part, be climbed without the need for technical climbing skills or equipment, though many of the peaks don’t have well-maintained trails.

Cedar Creek Peak and Quaking Aspen Mountain (listed on most maps as Quaking Asp Mountain) are both potential summit opportunities, though some off-trail travel is necessary to reach each peak.

Looking for a place to stay near the Sublett Range? Here are some of the best cities and towns to check out:

Situated to the west of the Sublett Range, Twin Falls is the largest city in the greater Magic Valley region. It is home to around 50,000 residents, which makes it the cultural and commercial hub for much of south-central Idaho.

The city is fairly easy to get to by road, even though it’s the only major population center in the state that’s not located on an Interstate highway. Furthermore, Twin Falls has a small regional airport, which offers regular service to Salt Lake City.

Home to about 56,000 residents, Pocatello is the fifth-largest city in the state of Idaho. The city is located to the northeast of the Sublett Range in Bannock and Power counties and a small part of the city is also located on the Fort Hall Reservation of the Shoshone-Bannock Tribes.

Pocatello is the location of the flagship campus for Idaho State University, which is a major part of its economy. It is also a transportation center for the region due to its location along the intersection of I-15 and I86. Pocatello also has a regional airport, which offers connections to Salt Lake City.

The small city of Rockland is situated just to the east of the Sublett Range in Power County. It is home to about 300 residents, which makes it one of the largest communities in the valley between the Sublett Range and the Deep Creek Mountains to the east. While the community is fairly small, it does have a gas station, a post office, and a nice café, so it’s worth a stop if you’re in the area. 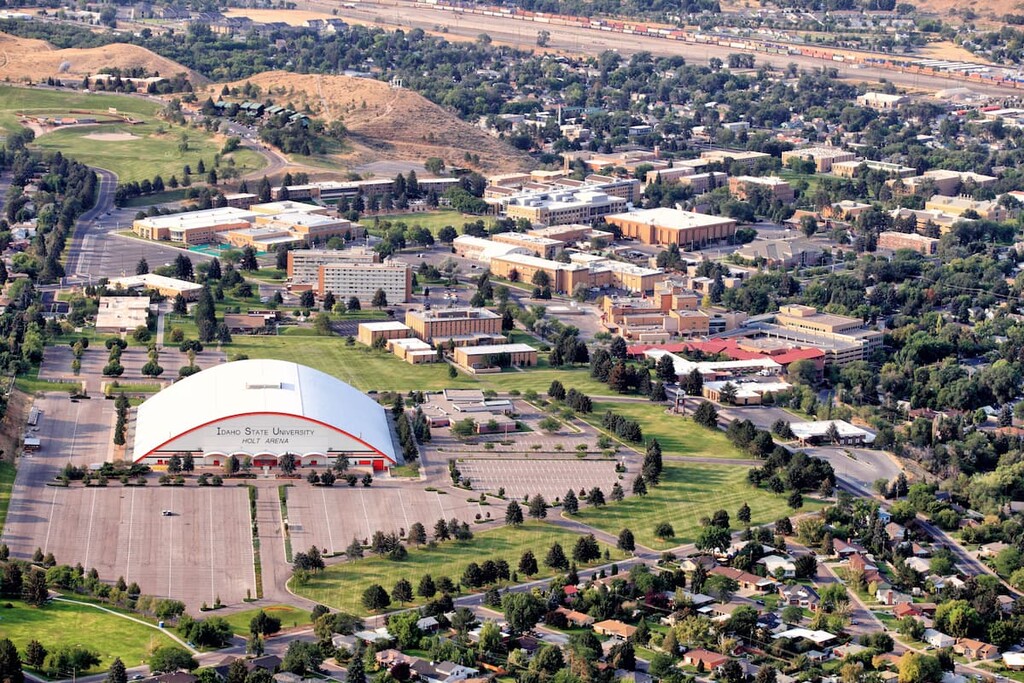 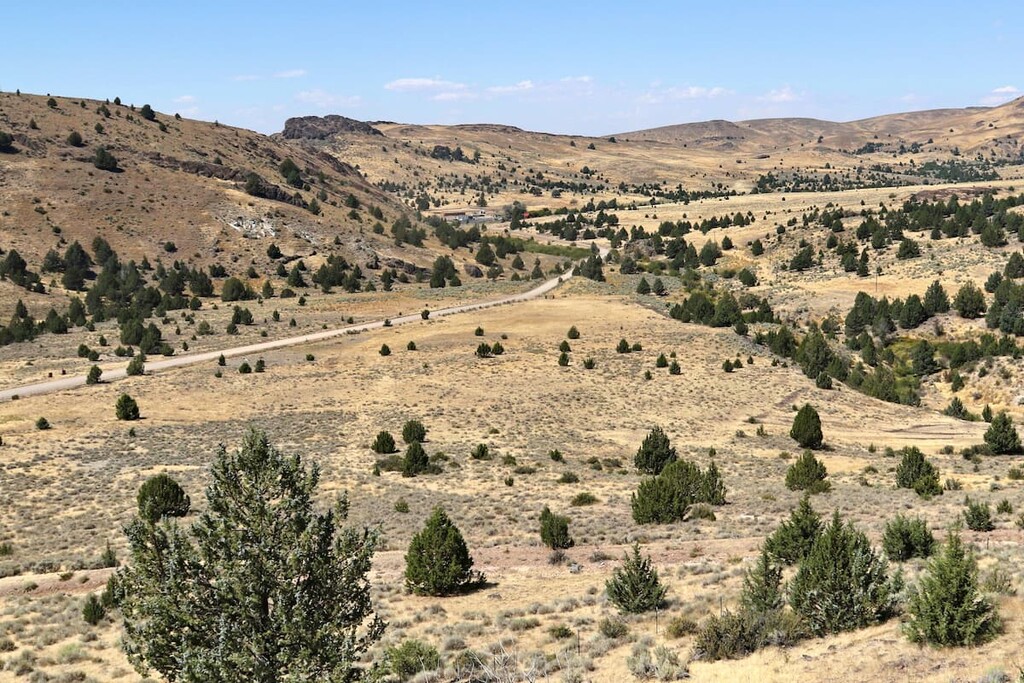 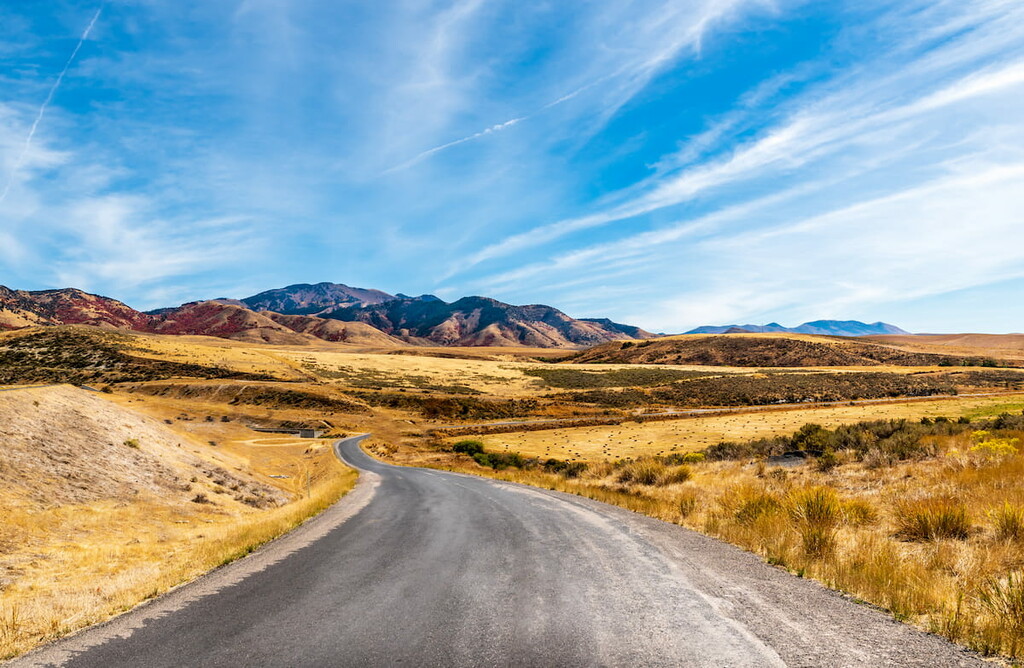