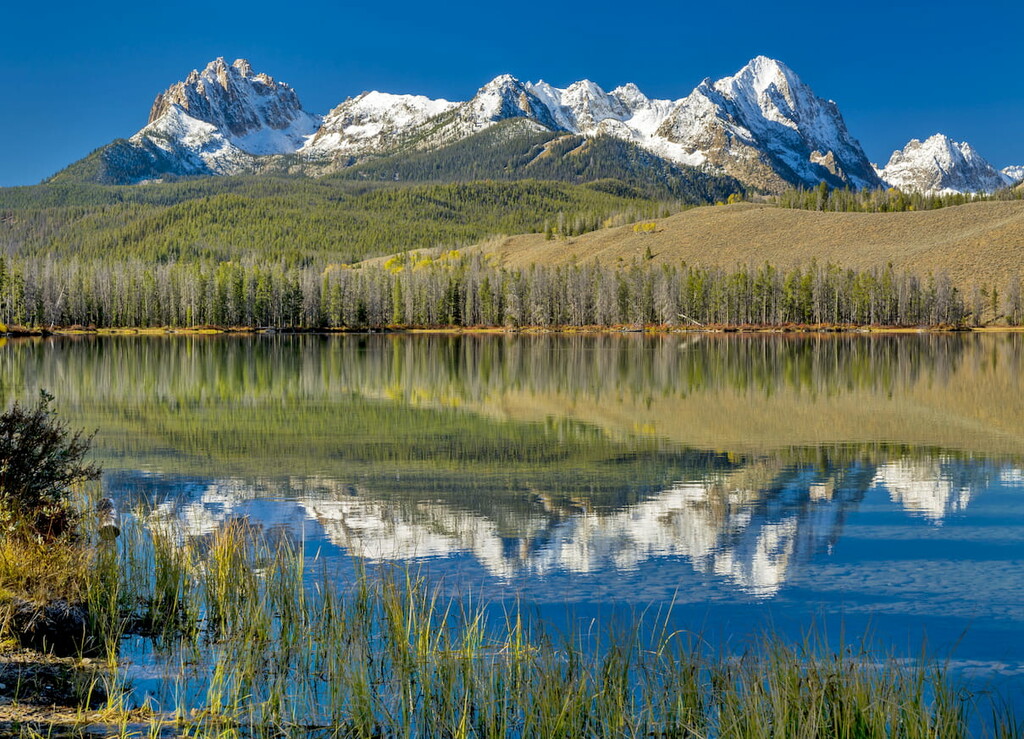 There are 72 named mountains in Sawtooth Range. The highest and the most prominent mountain is Thompson Peak at 10,748 feet. There are nearly 60 peaks throughout the range that reach elevations of over 10,000 feet. On top of these peaks, the range also boasts 77 peaks that are between 9,000 and 10,000 feet.

No snow glaciers exist within the range today, though the region is home to rock glaciers and snow fields during the winter months. At the base of the range lies the Sawtooth Fault that totals 40 miles in length. It is estimated that the most recent major earthquake occurred on the fault about 4,000 years ago.

Besides the jagged peaks, the Sawtooth Range is also home to over 400 lakes, remnants of the alpine glaciers that once existed. Lakes in the eastern region of the range tend to drain via the Salmon River. The western half of the range drains throughout the South Fork Payette Rivers. Other rivers within the range include the Middle Fork Salmon River and the Boise River.

Throughout the Sawtooth Range are numerous hiking trails. Within the Sawtooth National Recreation Area lie over 700 miles of trails. During the winter months, the range also boasts miles of trails designated for cross country skiing, snow shoeing, and snowmobiling. The western side of the range has more established campgrounds though back country hiking is allowed anywhere within the wilderness.

Sawtooth Lake: The most popular hike in the Sawtooth Range is the trail to Sawtooth Lake. The trail lies within the Sawtooth National Forest and totals 10 miles round trip with 1,873 feet of elevation gain. The trail climbs steadily throughout before reaching the beautiful lake. Steep hills surrounding the alpine lake, offering solitude in the rugged range. The trail is accessible throughout the year, though winter gear is recommended during the colder months.

Tin Cup Hiker: Tin Cup Hiker is an 18-mile loop with 3,169 feet of elevation gain. The trail starts and ends at Pettit Lake before going deep within the Sawtooth Range. Hikers travel through valleys, over mountain passes and past seemingly endless backcountry lakes. Major lakes along the way include Toxaway Lake, Twin Lakes, Alice Lake, and Pettit Lake. While some fast packers complete this hike in a day, many people often cover the distance over the course of a few days.

Goat Lake and Goat Falls: The trail to Goat Lake and Goat Lake Falls is 8.2 miles with 1,800 feet of elevation gain. The trail climbs steadily through the Sawtooth National Forests until the last half mile of the hike. From there the trail becomes quite steep before reaching the lake. The lake itself is surrounded by rugged mountain faces.

Bench Lakes Trail: The trail up to Bench Lake is 7.8 miles out and back with 1,200 feet of elevation gain. The well-maintained trail climbs steadily, all while overlooking the large Redfish Lake below. Once at the top, the trail heads westward and ends at the small and quaint Bench Lakes. 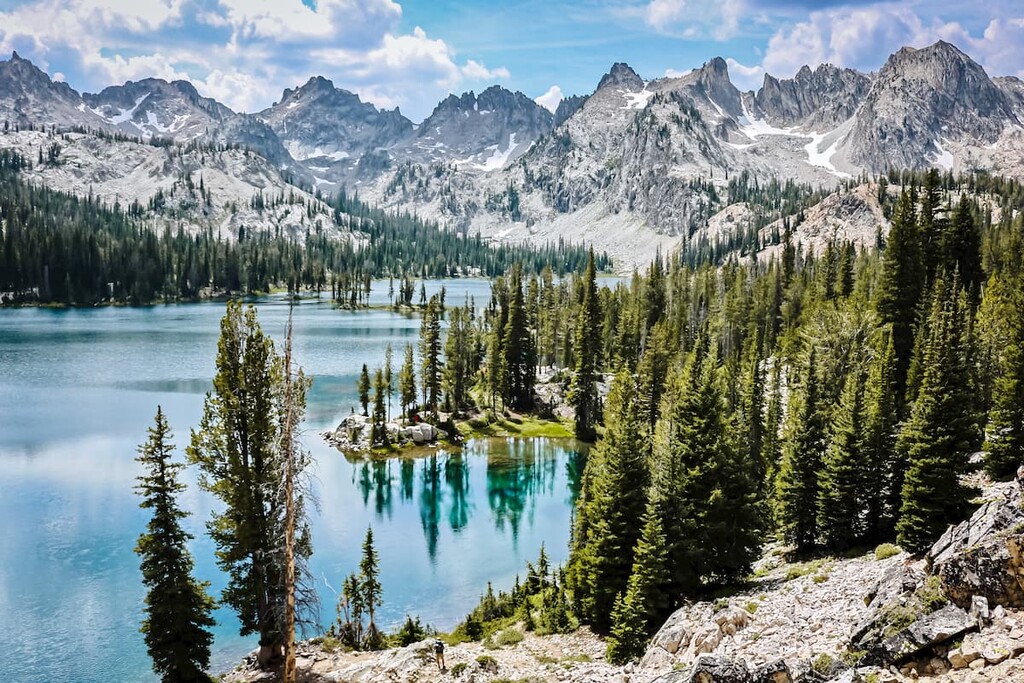 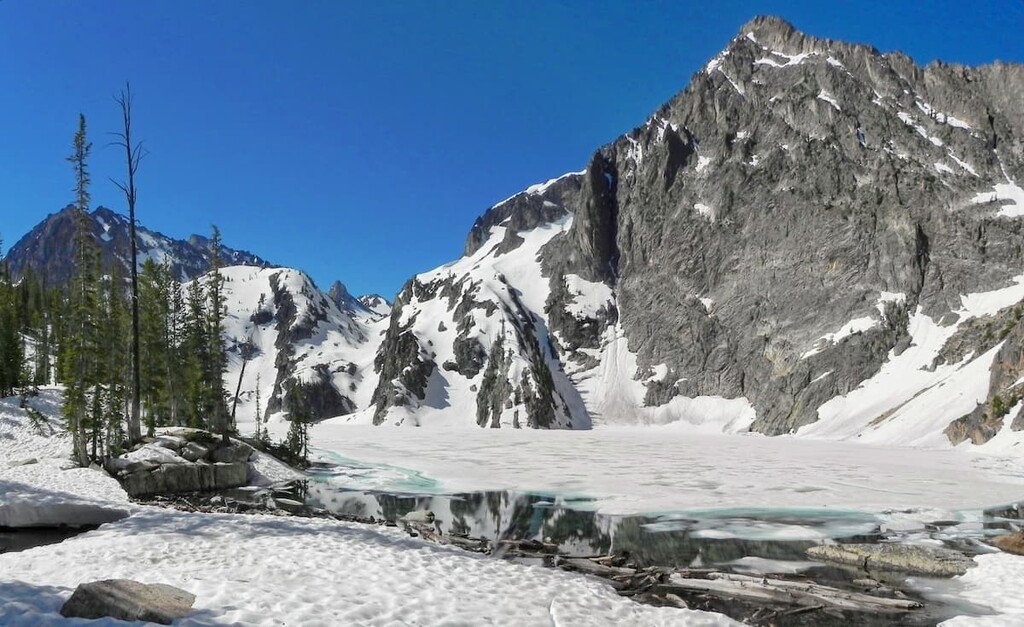 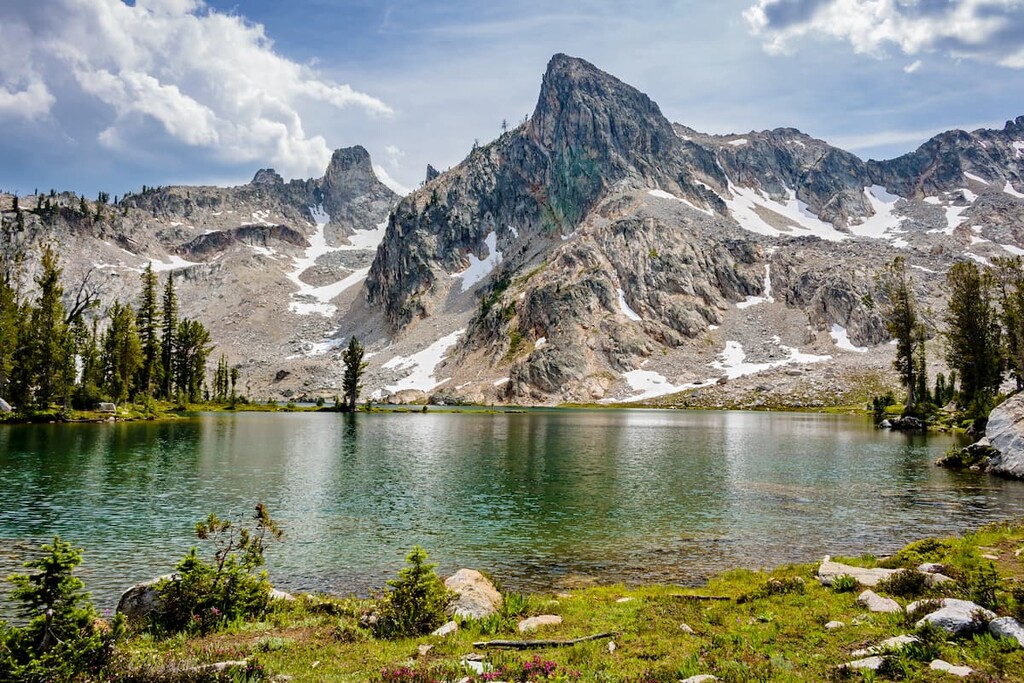 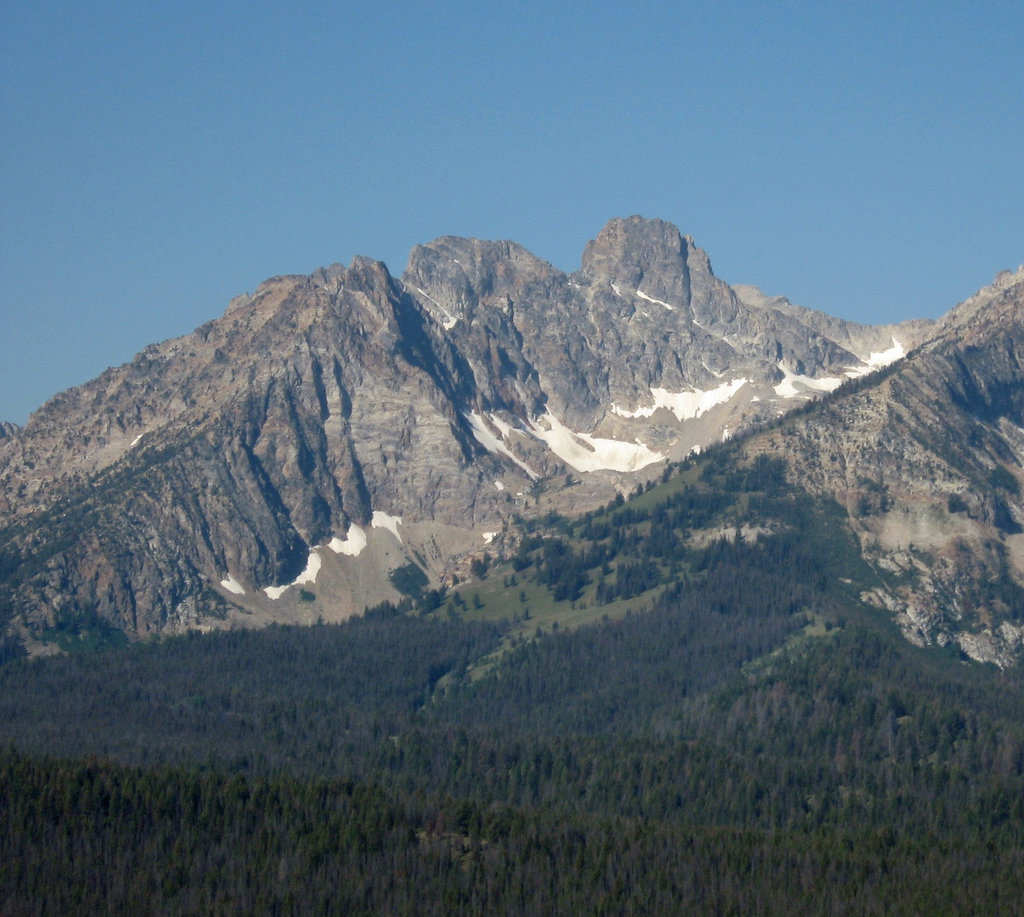 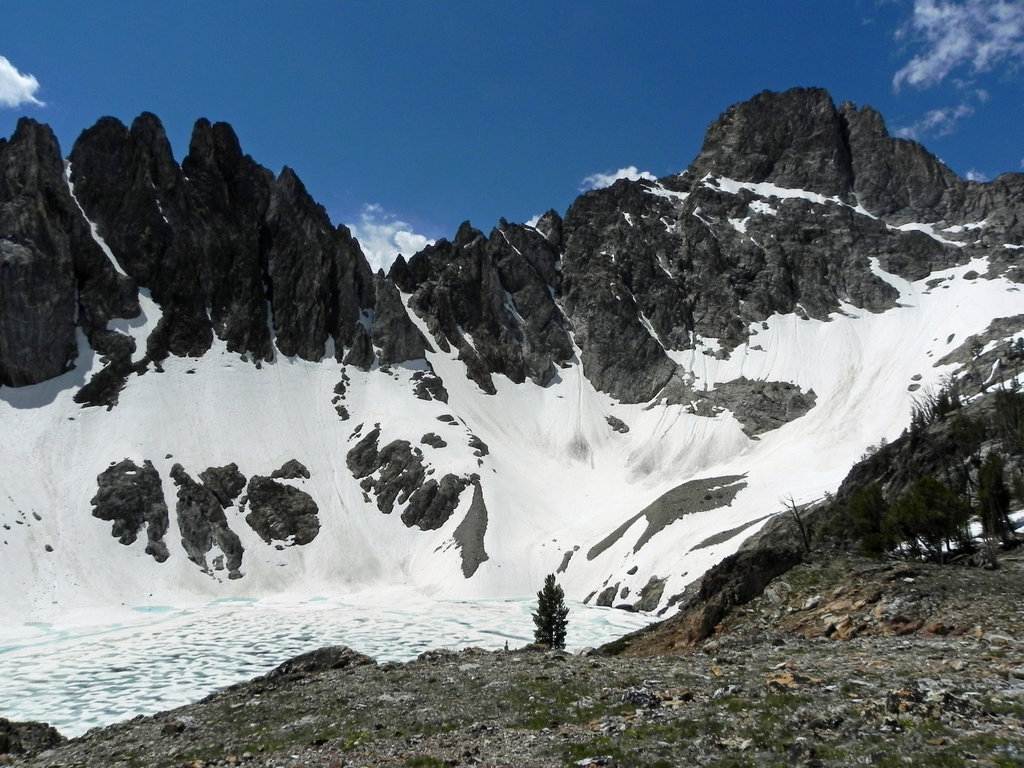