Home to remote peaks and exceptional biodiversity, the Siskiyou Mountains are a range of peaks in the northwesternmost corner of the US state of California and the south-central part of the state of Oregon. The range is home to 226 named mountains, the highest and most prominent of which is Mount Ashland (7,493ft/2,284m). 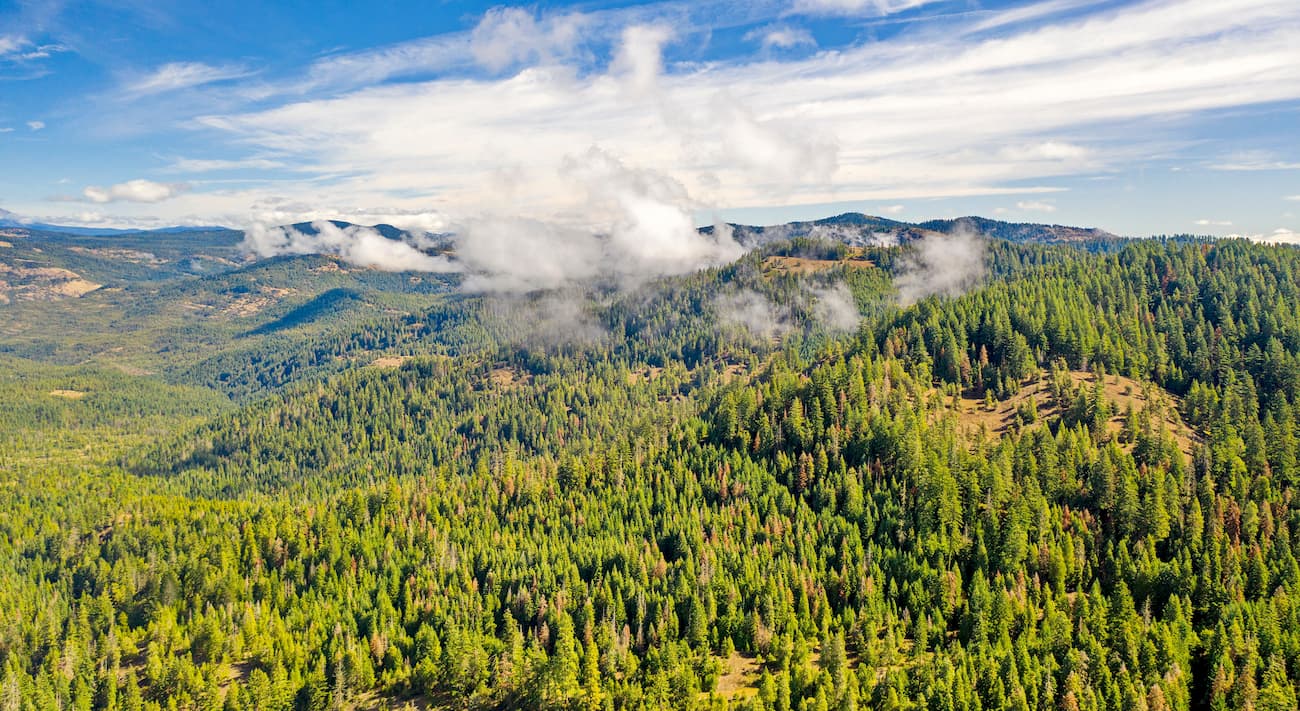 Within California, the range is located in a number of different counties, including Del Norte, Siskiyou, and Humboldt. Across the border in Oregon, they’re also located in Jackson and Josephine counties.

The range is surrounded by the rest of the Klamath Mountains. Public lands that surround the Siskiyou Mountains include the Kalmiopsis Wilderness to the northwest and the Cascade-Siskiyou National Monument and Soda Mountain Wilderness to the east.

Geologically speaking,the Siskiyou Mountains are a subrange of the Klamath Mountains and the greater Northwest US Coast Ranges. Indeed, they are part of a large system of ranges that extends from the northern part of the San Francisco Bay Area all the way through to the Olympic Mountains in Washington.

Like the rest of the Klamath Mountains and the rest of the Northwest US Coast Ranges, the Siskiyou Mountains have a complex geological history. The mountains that we see today are actually the result of a series of accreted terranes, or bits of crust that broke off of one plate and then lumped onto another.

Overtime, these terranes were folded and thrusted, particularly along the major subduction zone to their west. Here, they experienced significant metamorphism before being overlaid by sedimentary and igneous rocks.

Interestingly, Mount Ashland, the highest in the range, is actually the result of a large pluton that intruded the region approximately 160 million years ago. Outcroppings of this granitic basement rock are visible throughout the Mount Ashland Ski Area and its access road.

With that in mind, despite the formation of numerous plutons throughout the range and in the Klamath Mountains, in general, the Siskiyou Mountains, like the rest of the Northwest US Coast Ranges are not volcanic in origin. This differentiates them from the Cascade Range to the east, which is home to a substantial number of active volcanoes.

Within this ecoregion, the landscape was mostly unglaciated during the Pleistocene. As a result, it was well poised to sustain a sizable amount of biodiversity.

Like many regions with large elevation ranges, the Siskiyou Mountains are home to a variety of different forests, including montane, subalpine, and mixed evergreen forests. Although the precise tree cover distribution varies by elevation, coast Douglas fir is found throughout the mid and lower levels of the range.

Other species include the California white fir, Lawson’s cypress, sugar pine, mountain hemlock, Shasta red fir, ponderosa pine, California black oak, and coast redwood. The rare Pacific yew is occasionally spotted within the range, as is the weeping spruce (Picea breweriana) an endemic species that is only found within the Klamath Mountains and its subranges.

While the Siskiyou Mountains are often thought of as a very remote wilderness, the region was home to humans for thousands of years. Countless groups lived in the area before the arrival of European settlers, including the Karuk, Tolowa Dee-ni', Cow Creek Band of Umpqua Tribe of Indians, and the Yurok.

The first non-Indigenous peoples to visit the area were perhaps on Bruno de Haceta’s 1775 expedition, though they likely stayed closer to the coast and away from the rugged Siskiyou Mountains.

In reality, non-Indigenous interest in the region really started with the North West Company and the Hudson’s Bay Company in the early 1820s. During this time, trappers and traders sometimes ventured into the mountains in search of furs.

More regularly, however, they traveled just to the north and east of the range on the Siskiyou Trail, which connected the Willamette Valley in northern Oregon with San Francisco. With the advent of the California Gold Rush in the late 1840s, the Siskiyou Trail became an even more important transportation link, especially when gold was discovered in Yreka, California, near the range.

This large influx of settlers, miners, and prospectors greatly increased tensions with the people who had lived in the region for millenia. Eventually, this led to the 1855 Rogue River Wars, which resulted in the death of hundreds of Indigenous people.

In the grand scheme of things, the Siskiyou Mountains were among the earliest forested areas to be placed under federal purview, having been included with the initial establishment of the Klamath National Forest in 1905. The nearby Rogue River-Siskiyou National Forest has a more complex history, but both forests were established by the early 1900s and then administratively combined in the early 2000s.

To this day, the Siskiyou Mountains and the rest of northeastern California remain a very remote part of the state. While there are some cities, towns, and communities in the region, they are mostly located along the coast or to the east of the range.

Indeed, the Siskiyou Mountains have long been a major obstacle to travel. Much of the range remains roadless, with Highway 199 traveling across the northern part of the region and Highway 96 sticking to the east of the mountains.

The Siskiyou Mountains cover a large area, including some sizable swaths of public land. Here are some of the best hiking areas to check out:

Home to the northernmost part of the Siskiyou Mountains, the Rogue River-Siskiyou National Forest is a federally managed area of land in southern Oregon and northern California. The forest contains 261 named mountains, the highest and most prominent of which is Mount McLoughlin.

Within the forest, there are some sizable stands of old growth trees, including Lawson’s cypress and Douglas fir, particularly around the Copper Salmon area. The forest is also home to some very large pine trees, including one ponderosa pine that is thought to be the tallest of its species in the world.

The forest is situated around the Rogue River, which flows out of the Cascade Range and into the Siskiyou Mountains before reaching the coast. There are some popular trails within the forest, including the Wagner Butte Trail, the Rainie Falls Trail, and the Knob Falls Trail.

The Klamath National Forest contains most of the Siskiyou Mountains, particularly in the south and east. Overall, the forest contains 127 named peaks, the highest of which is The Whaleback and the most prominent of which is Goosenest.

The Pacific Crest Trail actually crosses through the Klamath National Forest and the Siskiyou Mountains between Seiad Valley and Highway 4 in what is known as “Section R” of the trail.

Del Norte Coast Redwoods State Park is located in the westernmost part of the range along the Pacific Coast. It is a section of the Redwood National and State Parks and it is home to 2 named peaks, Childs Hill and Footsteps Rocks.

Although the park is quite small, it contains a large number of its namesake coast redwood trees. It also includes a sizable section of the rugged northern California coastline.

Situated in the northwestern section of the Siskiyou Mountains, the Smith River National Recreation Area is a federally protected region that’s popular, as the name suggests, for recreation. It contains 37 named mountains, the highest of which is Youngs Peak and the most prominent of which is Gordon Mountain.

The recreation area is managed by the US Forest Service and is located along the Smith River, the US’s longest National Wild and Scenic River. There are a handful of campgrounds in the region and lots of hiking trails. Rafting and fishing are among the most popular activities in the area.

Home to stunning subterranean features, the Oregon Caves National Monument and Preserve is a small park just north of California’s border with Oregon. Although the caves are certainly the main feature of this park, it also contains 2 named high points, Mount Elijah and Buck Peak.

Rangers at the park offer guided cave tours during the spring through fall months. There are also plenty of hiking trails in the park, including one that offers the chance to see the widest Douglas fir in all of Oregon.

Although the Siskiyou Mountains are fairly remote, there are some decently large cities and towns around the range. Here are some of the best places to check out.

Eureka is the largest city on the Pacific coast between Portland and San Francisco with over 27,000 residents. The city is a major commercial fishing port and serves as a cultural and commercial center for the region.

Although Eureka is located quite a distance to the south of the Siskiyou Mountains, it provides good road access to the range through Highway 101 or by its links to Highway 96. The city also has one of the largest airports in the region, with regular service to Los Angeles and San Francisco.

The city of Ashland is located to the east of the Siskiyou Mountains in Oregon. It is home to about 20,000 people and it is known for its annual Oregon Shakespeare Festival. While the city is accessible by road, it also has good public transportation links, including an Amtrak station and the nearby Medford International Airport.

The city has a bustling tourism industry, much of which centers around the Shakespeare Festival. However, Ashland also has great access to a number of large public lands and is close to the popular Mount Ashland Ski Area.

The town of Yreka, not to be confused with nearby Eureka, is situated to the east of the Siskiyou Mountains in Siskiyou County. Yreka is home to about 7,700 people and is a great gateway into some of the more remote parts of the Siskiyou Mountains. It is located near I-5, which provides good road access to the town from the larger cities in California and Oregon. 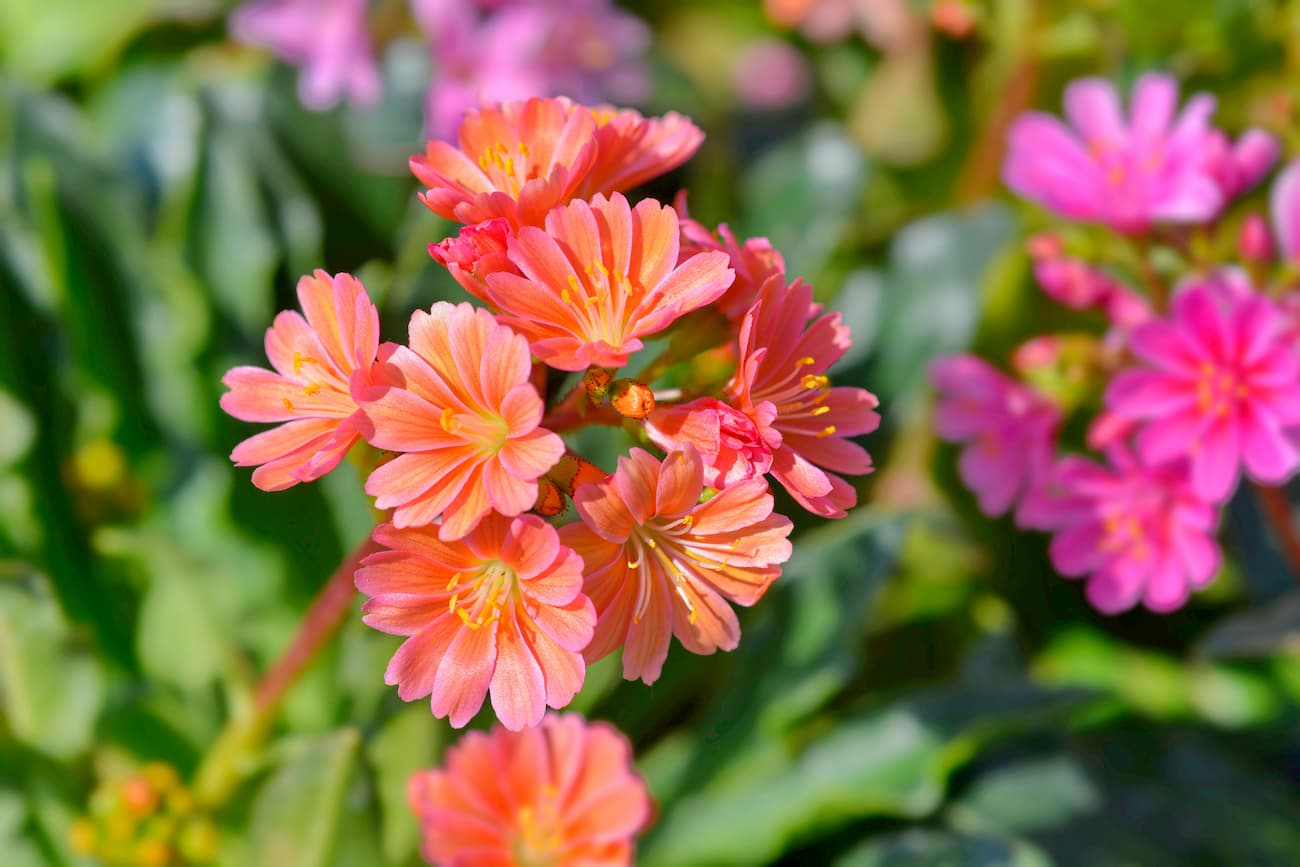 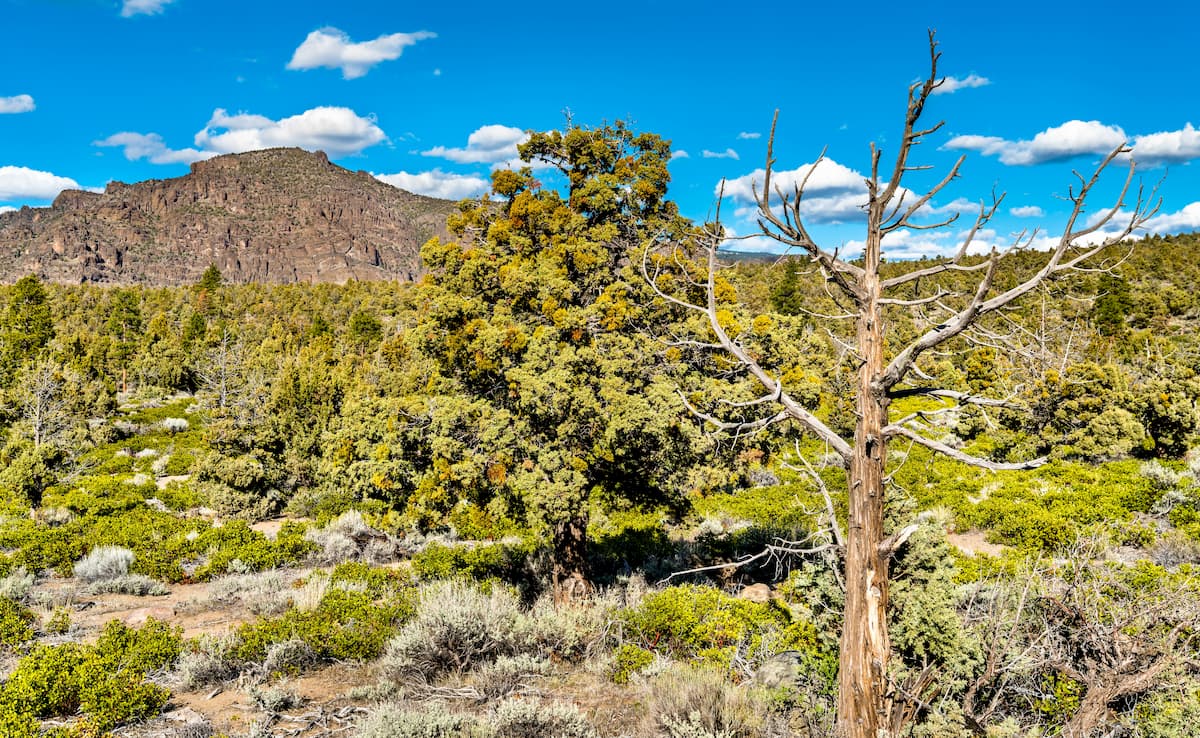 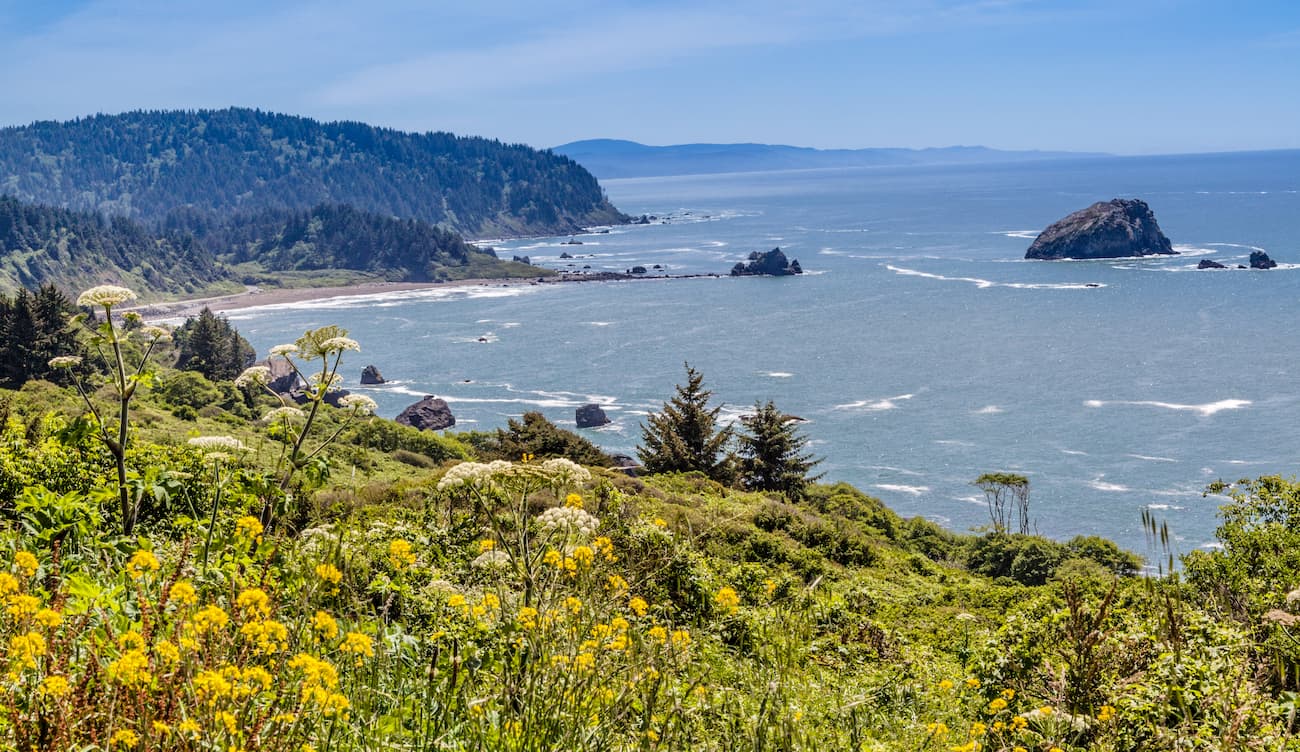 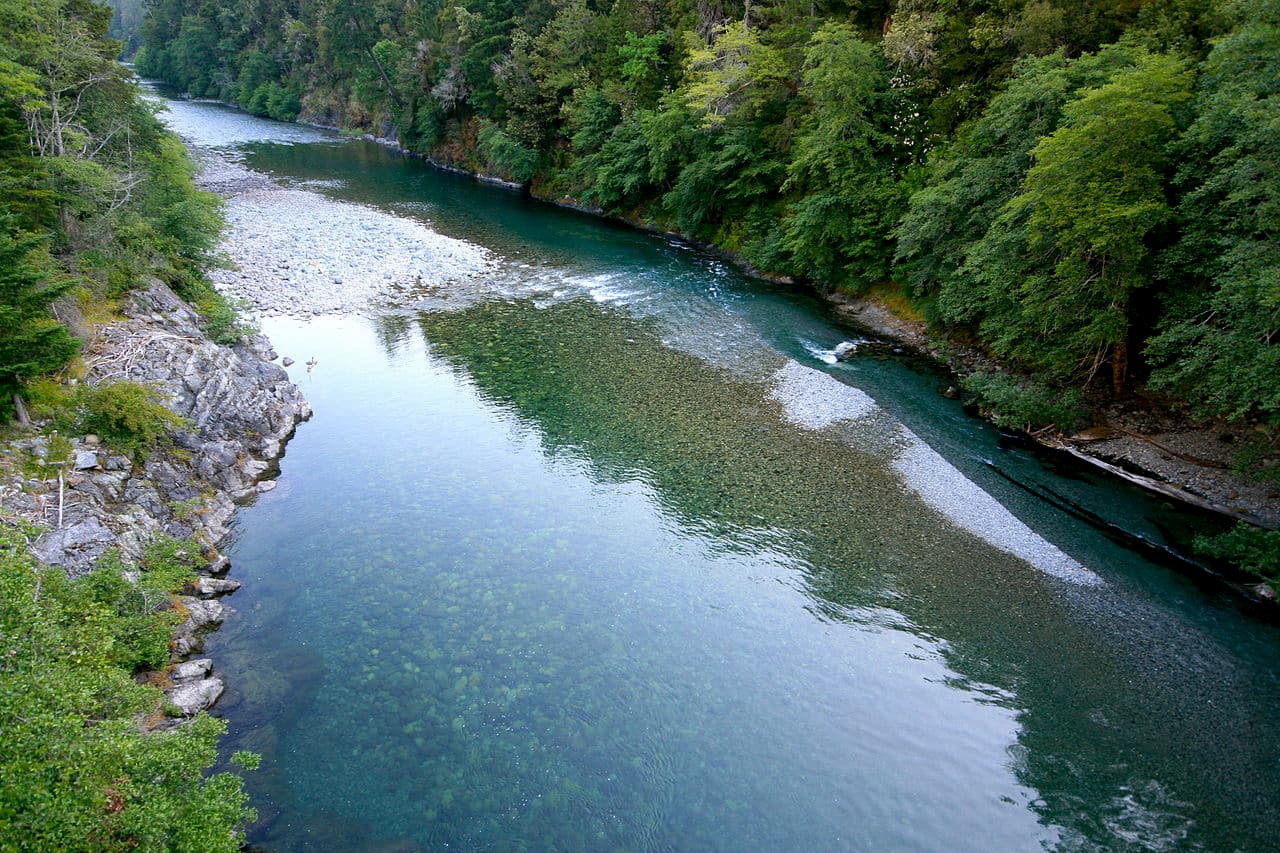 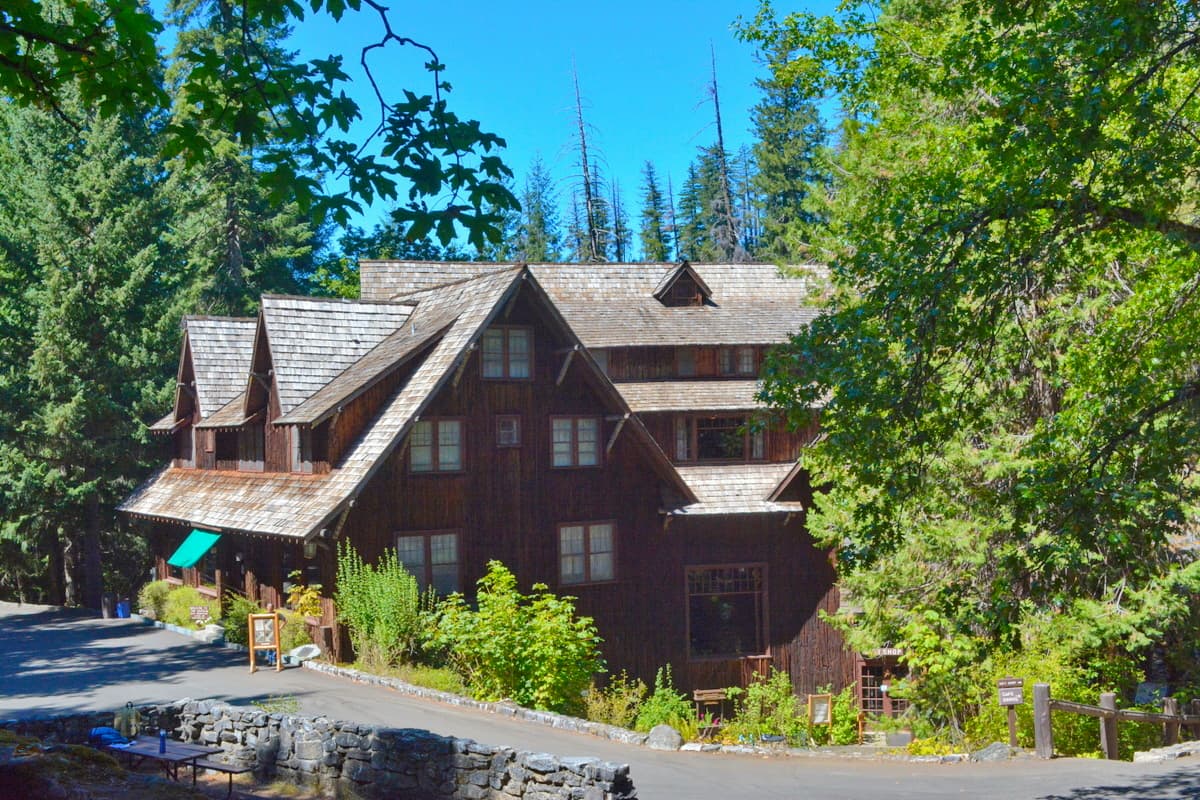 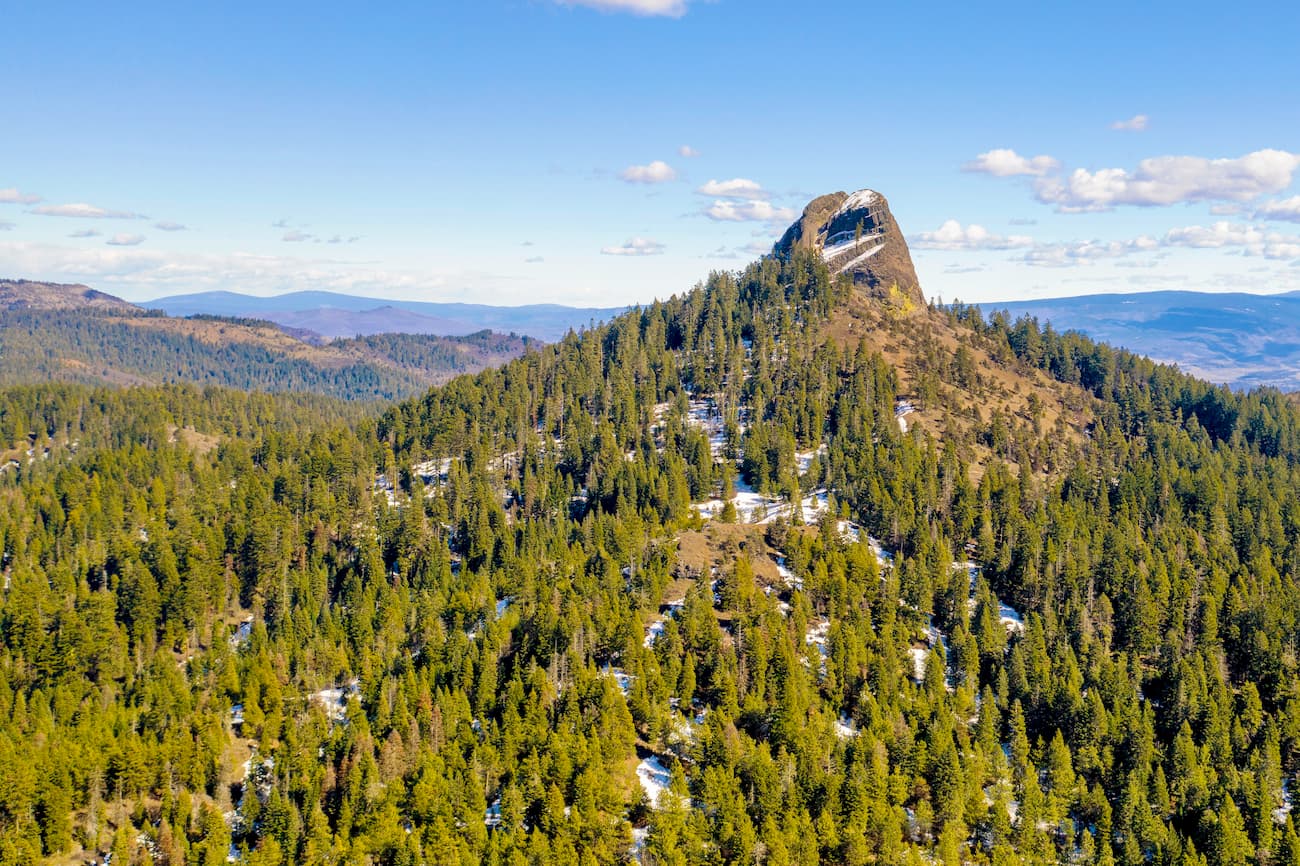