Vorarlberg is the westernmost state in Austria. It is located within the rugged Alps, and it is home to both stunning ski resorts and quaint mountain villages. There are 1013 named peaks in Vorarlberg. The tallest peak in the state is Piz Buin at 3,312 m (10,866 ft) of elevation, and the most prominent is Große Wildgrubenspitze with 974 m (3,196 ft) of prominence. 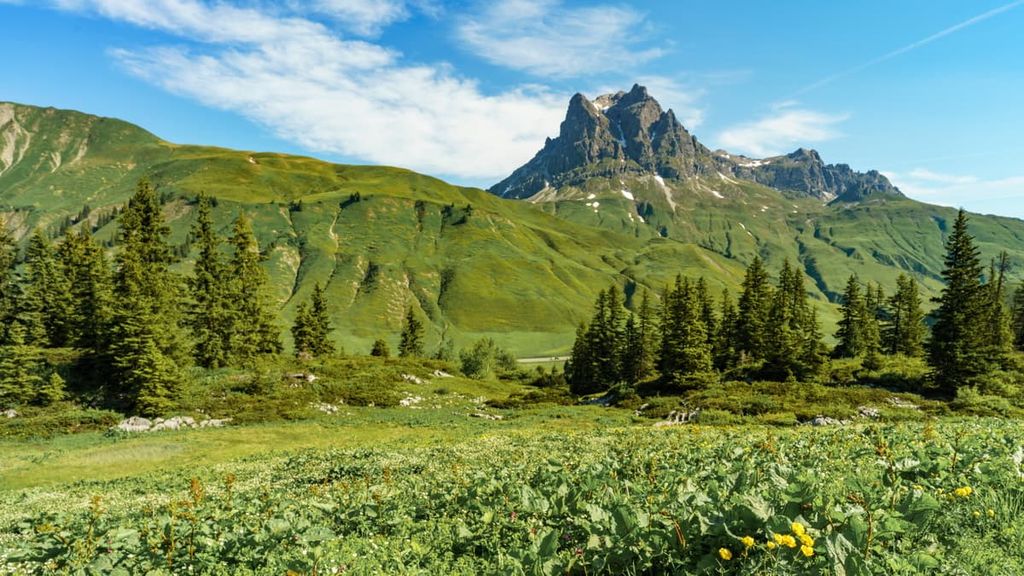 Vorarlberg is one of the nine states of Austria. It is both the westernmost state and the second smallest state in the country by land area after the state of Vienna (Wien). In fact, it contains just 2,601 sq. km (1,004 sq. miles) of land, which is just a fraction of the 19,178 sq. km (7,404 sq. mi) found in the largest state, Lower Austria (Niederösterreich)

To the east of Vorarlberg lies the Austrian state of Tyrol. Meanwhile, Germany is located to the north and both Liechtenstein and the canton of St. Gallen in Switzerland are nestled to the west of Vorarlberg. The Alps traverse across the entire state, making for a rugged and mountainous landscape.

The peaks within Vorarlberg are part of the Central Eastern Alps, with the northern and southern Limestone Alps dominating the region. Subranges within the state include the Silvretta Alps, Rätikon, Verwall Alps, and the Arlberg massif.

Glaciers can be found amidst the tall peaks of the state, especially near Piz Buin. Elevations rise quickly within Vorarlberg as it is only 90 km (56 miles) from the shores of Lake Constance up to the glaciers within the Silvretta range.

Major rivers within the region are the Rhine, Bregenzer Ache, and Dornbirner Ach. The southeastern tip of Lake Constance is also situated in the northern region of Vorarlberg.

Other notable lakes within the state include Lüner Lake, Vermunt Lake, Formarin Lake, and Silvretta Reservoir. Today many of the major lakes are used to generate hydroelectric power

Additionally, there are a number of protected areas in and around Vorarlberg. These include UNESCO Biosphere Reserve Großes Walsertal, which lies within the state, Swiss National Park to the south, Allgäuen Hochalpen to the northeast, and Kaunergrat Nature Park to the east. There are also numerous parks in neighboring Tyrol.

The subranges within the Central Eastern Alps formed primarily during the Alpine orogeny. This major mountain building event took place due to the collision of the Eurasian and African tectonic plates, among others. The immense amount of pressure, coupled with folding of the Earth’s crust, helped create the peaks that make the Alps so famous.

Millions of years of erosion slowly carved out the peaks into the rugged landscape that can be seen today. During the last glacial maximum, the bulk of the Alps were covered in ice.

These glaciers eventually started to slowly retreat, carving out the vast alpine valleys that define the Vorarlberg region to this day. Today, the final remnants of the once massive glaciers can be found amidst the tallest peaks in the state.

Many of the peaks within Vorarlberg consist of limestone and other sedimentary rocks. Slate, granite, and gneiss can also be found throughout the ranges within the state.

Though small compared to other states in Austria, Vorarlberg is home to an array of biodiversity throughout its varying landscapes.

Other common mammals within the state include the wild boar, alpine marmot, mountain hare, brown, hare and various species of bats. The skies of Vorarlberg are home to multiple species of owls, woodpeckers, quails, partridges, and sandpipers.

Pine trees dominate the forested landscapes throughout the state. Mountain pine, Swiss pine, and Scots pine are all common, as are silver fir, Douglas fir, yes, spruce, and larch trees.

The high alpine meadows of the region provide the ideal habitat for an array of grasses, shrubs and wildflowers. Ferns, horsetails, clovers, restharrows, and sainfoins are all popular, too.

Prior to the arrival of the Romans, the region that is now Vorarlberg was home to two tribes: the Raeti and the Vindelici. The Raeti people inhabited the highlands while the Vindelici people occupied the lowlands surrounding Lake Constance.

Evidence of settlements by these tribes date back to 1500 BCE. The Vindelici people established Brigantion around 500 BCE within the Rhine Valley. Around 15 CE, the Romans conquered the region. The land soon became part of Raetia, a Roman province.

After the fall of the Roman Empire the land was then conquered by the Alemannic tribes. Shortly afterward, the Bavarians and Lombards took over the region.

Following World War I, the people of Vorarlberg overwhelmingly voted to become a part of Switzerland; however, the Swiss Confederation was hesitant to admit them to the union.

This was hesitation due both to cultural and political issues within the Swiss Confederation and international disagreements with neighboring countries. Thus, Vorarlberg never became part of Switzerland and remains a state of Austria to this day.

These days, Vorarlberg has a strong and growing economy. The region is one of the wealthiest in Austria and its economy is fairly diverse. Vorarlberg is home to multiple large breweries as well as a world-famous cheese industry. Tourism is also a growing industry in the state due to its many ski resorts and stunning alpine hiking destinations.

Vorarlberg is home to numerous trails for hiking and outdoor recreation. Here are some of the most popular hikes in the state:

The Wormser Hütte trail begins in the town of Schruns. Hikers can take the gondola up to Hochjochbahn II. From there, the route is 14 km (8.7 miles) long with 487 m (1,597 ft) of elevation gain.

The trail loops around the summits of Sauerbleis and Hochjoch. Alpine lakes can be found throughout the hike, as can a restaurant at the Wormser Hütte. After completing the loop trail, hikers can descend another 1,219 m (4,000 ft) back down to Schruns.

Along the hike, visitors can see the water rushes through the narrow gorges and the many waterfalls that this creates. A final climb takes hikers to the summit of Karren with views of Lake Constance to the north.

The Bürser Schlucht un Kuhloch is a short loop trail located just outside the town of Bludenz. The route is 5.1 km (3.2 miles) long with 265 m (869 ft) of elevation gain.

The trail winds through the forest amidst one of the most beautiful gorges in the region. The route then travels through the natural monument known as Bürger Schlucht.

Looking for a place to stay in Vorarlberg? Here are some of the best cities and villages to check out in the region:

Bregenz is situated in the northern part of Vorarlberg, along the southern shore of Lake Constance. The city is located along the shore of the lake and it features the summit of Pfänder towering above. Bregenz has a population of around 30,000 people.

Besides its close proximity to both the lake and the stunning landscape of the Alps, Bregenz is known for its annual festival, Bregenzer Festspiele. This arts festival takes place each summer and features a floating stage on Lake Constance. Another popular attraction in the city is St. Martin’s Tower.

Situated on the Ill river, a tributary of the Rhine, lies the quaint town of Blundenz. With a population of around 15,000 people, Blundenz is a fun community surrounded by the Bregenz Forest. It also features great views of the Silvretta Alps and Rätikon Range. Indeed, hiking and mountain biking trails attract tourists to the region each summer.

Visitors can explore Muttersberg, which towers above the small community. A cable car offers an easy ascent up the mountain along with amazing views of the region. The town is also home to the Alpinale Short Film Festival, the Brewery Museum Fohrenburg, and the Bludenzer Tage zeitgemäßer Musik music festival. 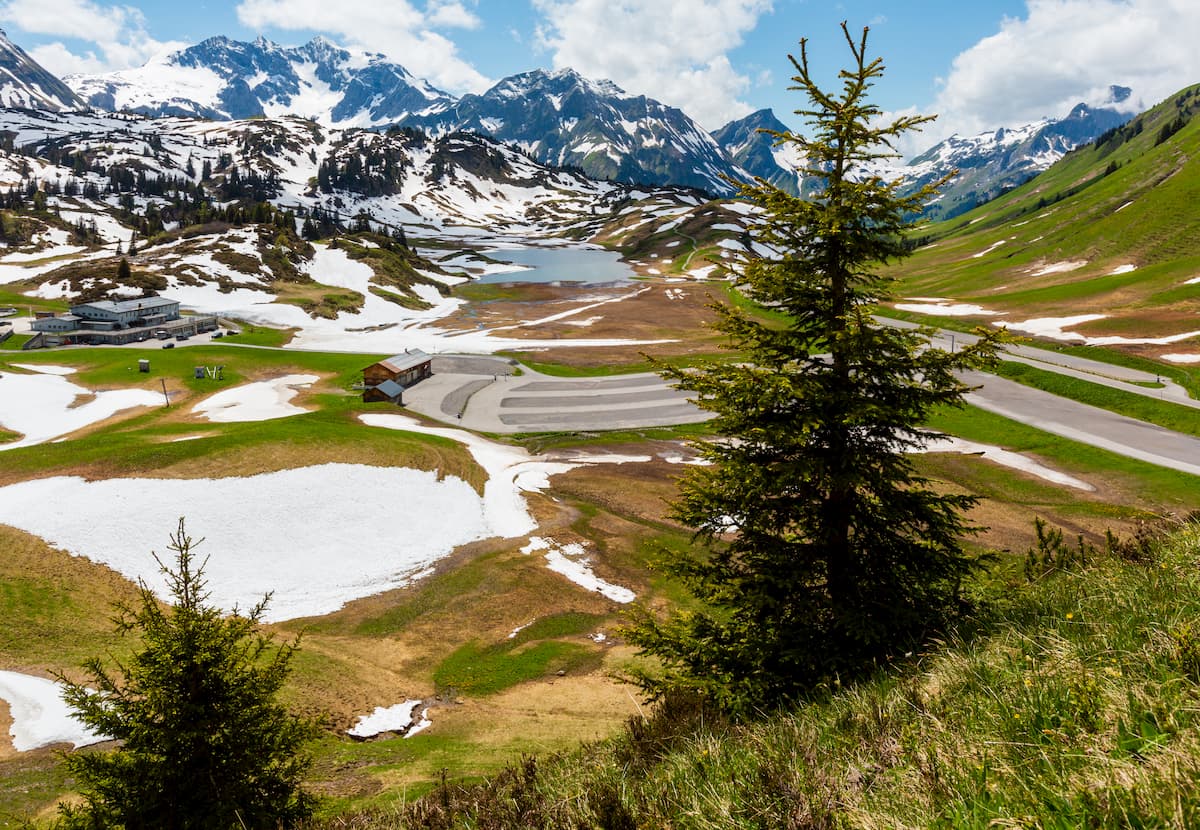 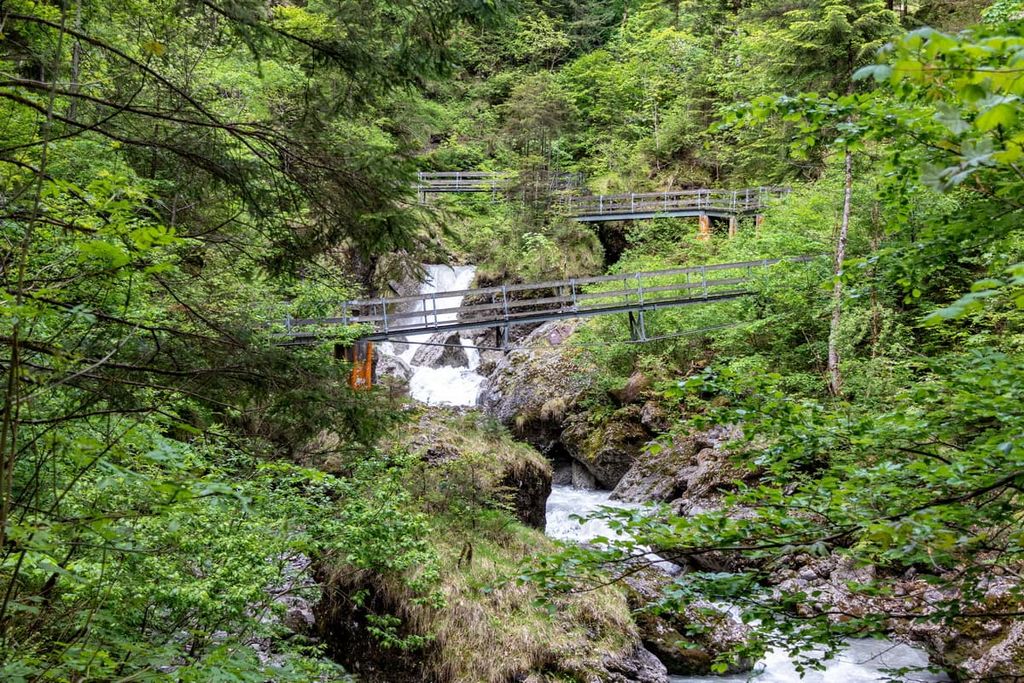 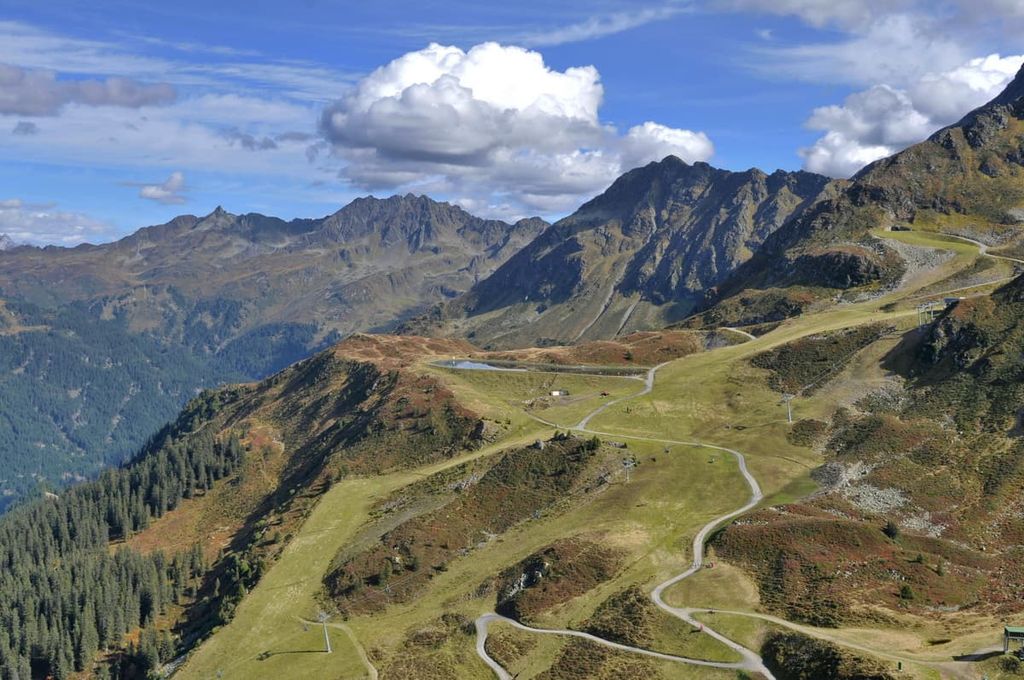 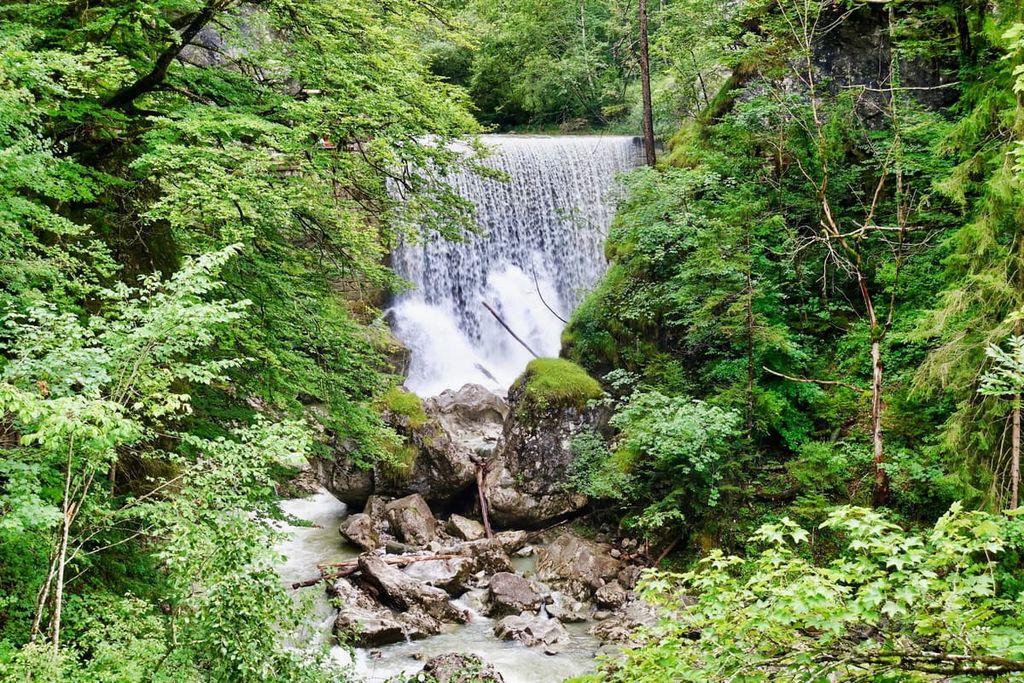 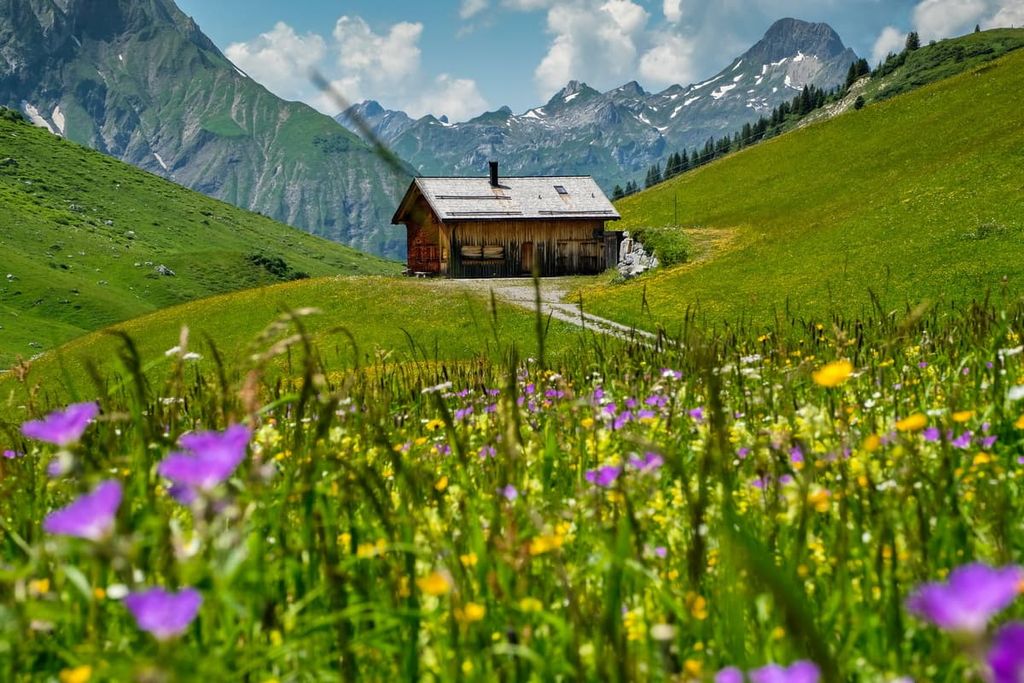 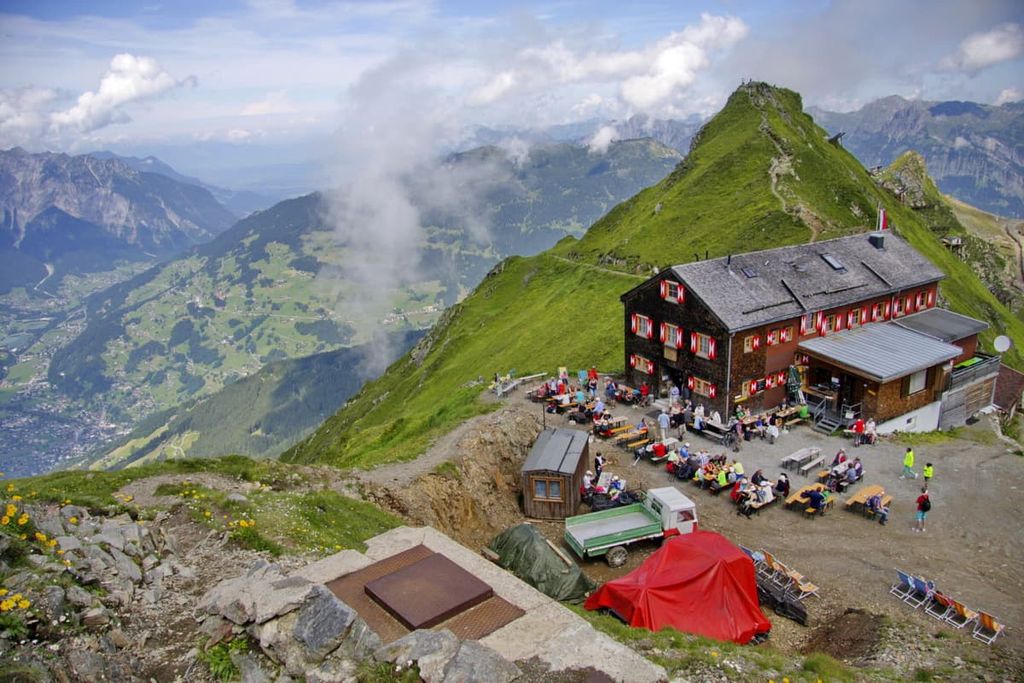 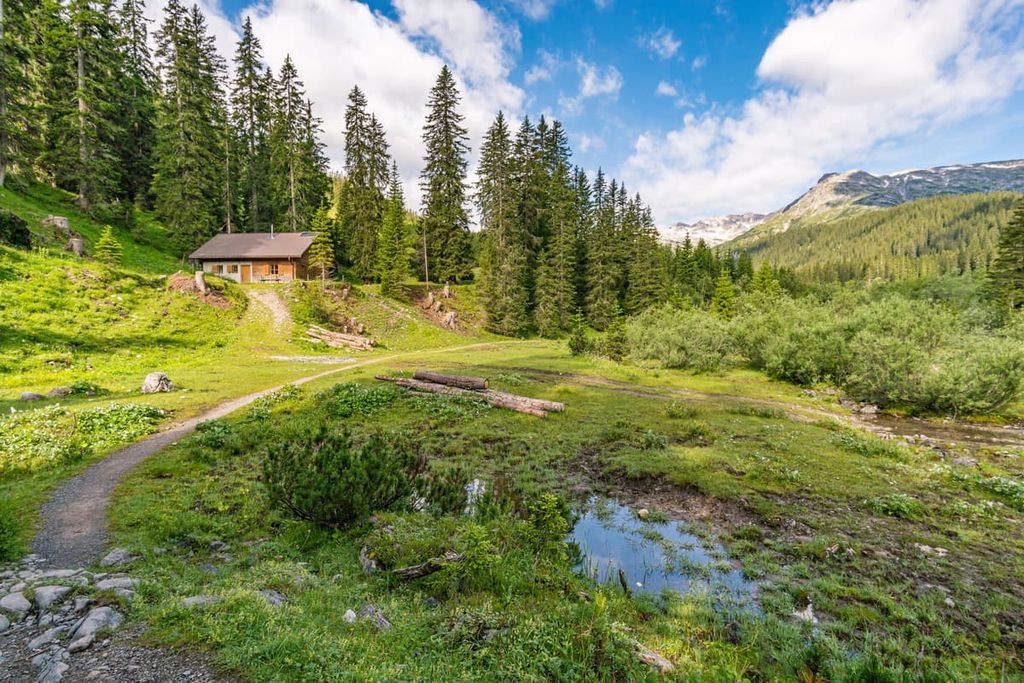