2 704 m
Elevation
Elevation is the altitude of a place
above sea level.

876 m
Prominence
Peak’s prominence is the least
vertical to be covered to get from the
summit to any other higher terrain. 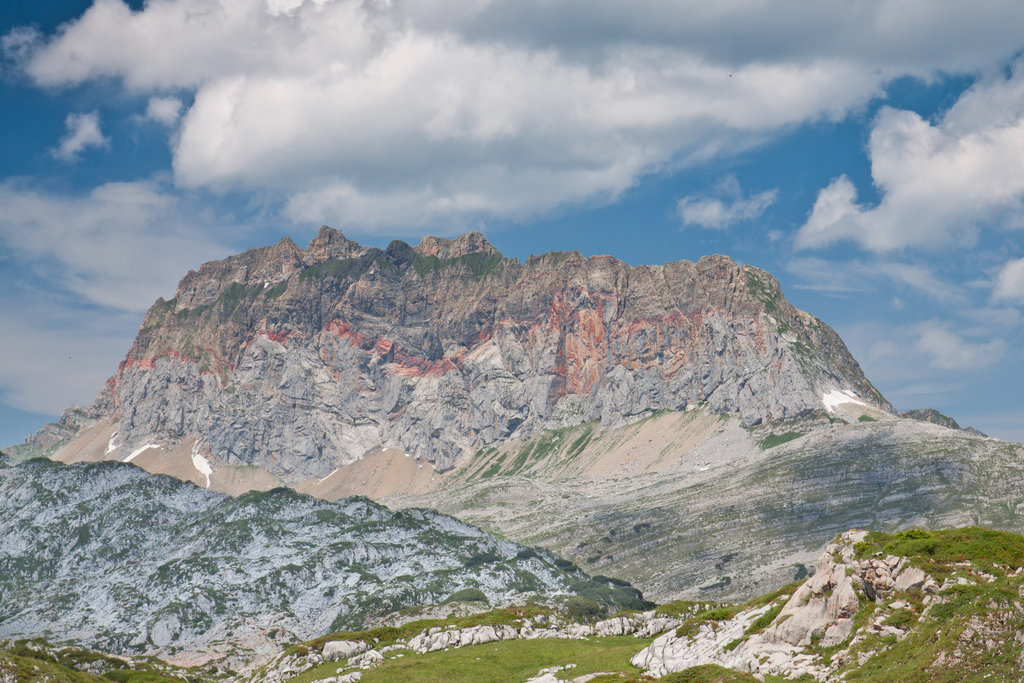 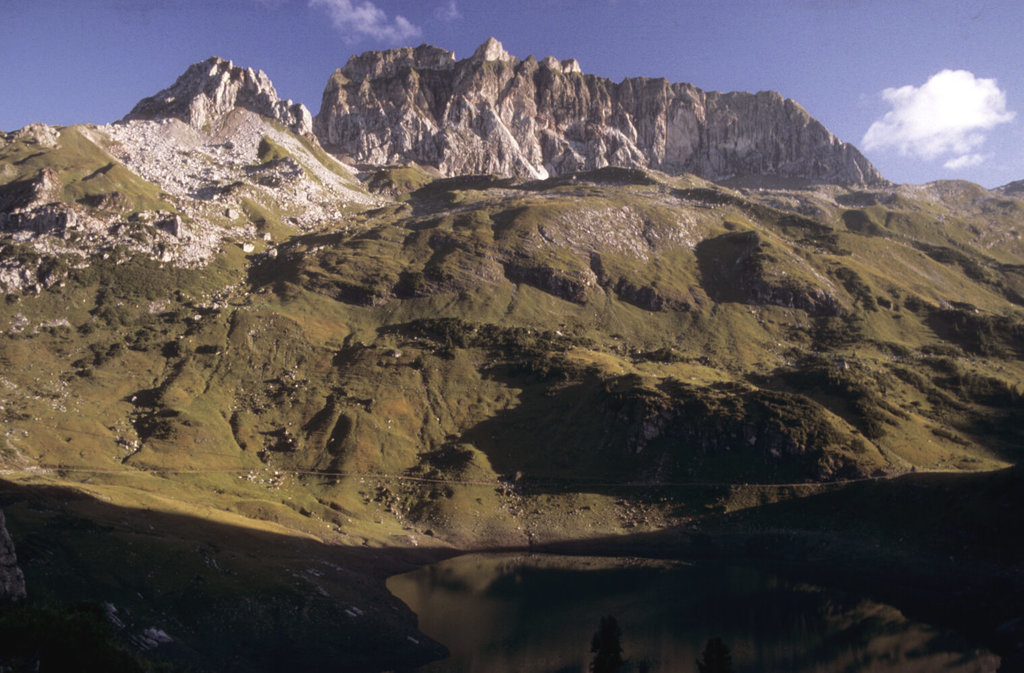 The Rote Wand ("Red Wall") is a mountain in the Lechquellen Mountains range of Vorarlberg, in western Austria.

The second highest mountain at 2,704 m (AA) in the range, behind the lower pit Wildgrubenspitze(2,753 metres (9,032 ft)) in the mountains of Lech sources, it rises from the valley floor between the Großes Walsertal in the north, and Dalaas (Monastery Valley) in the south. The name "Red Wall/(Rote Wand)" originates from the distinct red-Lias limestone, which is particularly striking in the south wall. On the north side is a small glacier, the source of the Meng River.

The mountain is a popular hiking destination, but designated only for experienced, sure-footed mountain walkers. The route can be accessed from the Alpe Laguz, Alpe Klesenza, the Freiburger hut and the Formarinsee. All routes lead via a very steep climb up the north-West flank, via the north ridge to the summit.

The first described ascent was by Otto Freiherr von Sternbach and John Sholto Douglass in 1867, following a route explored but not finished by Anton Neyer from Bludenz and the guide Ferdinand Heine in th 1840s. However, the peak had been reached before by unknown climbers as Douglass and Sternbach found a signal pole on the summit. After 1867 the mountain was a popular destination for mountaineers. In 1874 John Sholto Douglass, a native of Vorarlberg of Scottish descent, fell to his death near the Rote Wand while hunting chamois.

In much literature the first ascent is ascribed to David Pappus and companions on 25 July 1610 during his exploration of the borders of the Sonnenberg and Bludenz Counties. Pappus did however not mention this in his detailed account. The "Rote Wand" that he did describe climbing is the 2,105 m high Garsellakopf on the border with Liechtenstein.
There's a demading hiking trail (T3) leading to the summit.

47.164444 N   10.125 E
Nearest Higher Neighbor
Große Wildgrubenspitze - 11.0 km E
El: 2 753 m / Prom: 974 m
Check out a downloadable 3D model of Rote Wand area. A higher resolution model can be found in the PeakVisor mobile app.
Do you have photos of Rote Wand or know something about it? Please let us know!