Salzburg is a state located in the west-central part of the Republic of Austria. Salzburg is different from all other counties in Austria as it used to be independent of the republic under the rule of the Duchy of Herzogtum Salzburg. There are 3028 named mountains in Salzburg, the highest and most prominent of which is Grossvenediger (3,666 m (11, 998 ft). 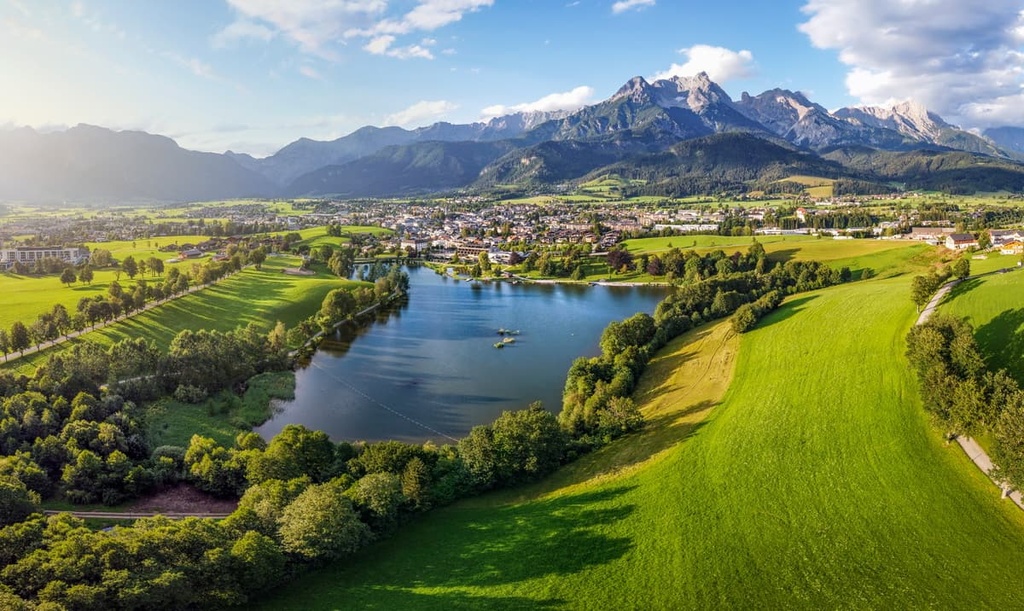 Within Austria, Salzburg borders Tyrol in the southwest, Upper Austria to the northeast, Styria in the east, and Carinthia in the south. Salzburg also borders Bavaria in Germany in the northwest and South Tyrol in Italy to the south west.

The main rivers in the state are the Salzach and Saalach, the latter of which is actually a tributary of the Salzach. The Salzach originates in the Kitzbühler Alps in the north of Salzburg.

Salzburg is famous for its beautiful capital city, Salzburg, and the amazing nature you get to experience in the state. It is very popular among outdoor enthusiasts, especially hikers, because it offers countless mountains to explore.

The top ten highest peaks in Salzburg are

Salzburg is also famous for its numerous beautiful lakes. Wolfgangsee (Abersee) is the largest and arguably the most beautiful lake in the state.

Salzburg is divided into five major regions, or Gaue. These regions are Flachgau, Tennengau, Pinzgau, Pongau, and Lungau.

The northern part of Salzburg state is divided into Flachgau and Tennengau. The Flachgau (district capital Salzburg) region covers part of the Osterhorn mountain range, which belongs to the Northern Limestone Alps and the Alpine upland.

The Tennengau region, which borders Flachgau to the south, includes Hallein (the district capital) and the surrounding communities. The Tennengebrige mountain range is the region’s namesake, but the region also covers the Salzach Valley and the part of the Northern Limestone Alps that’s located around the valley.

Parts of the High Tauern and Low Tauern (Lungau), which are part of the Central Alps, are also located in these three regions.

The dominant rock types found in the Salzburger mountains are limestone and slate. The Salzburger Schieferalpen is a mountain range that is part of the central or northern Alps. They are also located in an area that’s known as the Grauwackenzone.

The Salzburger Limestone Alps encompass Tennengebirge and Hochkoenig, which are completely located in Salzburg.

Salzburg State is Europe's number one organic pioneer. Nowhere else is the density of organic farmers quite as large as it is here.

Over time, almost half of the farmers in Salzburg have opted to raise their produce or meat organically out of respect for nature, animals, and sustainable land management. Nearly 60 percent of the agricultural land in Salzburg is being farmed organically.

In addition to being an organic farming hotspot, Salzburg has some incredible flora and fauna to offer. Some of the most notable specie in the country include:

Because of its mineral resources, people widely settled in Salzburg in prehistoric times.

During the Bronze Age, copper mining was particularly prevalent. Throughout the settlement of Celts in the later Iron Age, salt mining became a priority in what is now Salzburg. After becoming part of the Roman Empire in 50 CE, the Bavarians invaded Salzburg during the fifth century and settled there.

The seat of power in the region was located in the city of Salzburg starting around the year 1278. In 1803, during the Napoleonic Wars, Salzburg lost some of its territories to Austria.

Salzburg then became an administrative district of Upper Austria until 1850. It then became a duchy and, in 1918, a state or Bundesland. During the Second World War, it was changed to a Reichsgau (Reichs district). After the annexation of Austria by Germany (1938–1945), Salzburg’s Bundesland status was restored in 1945.

Salzburg has an abundance of hiking paths and mountain climbs of different difficulty levels for visitors to enjoy. Here are a few ideas for places to check out when you visit.

With a total height of 380 m (1,246 ft) over three cascades, the Krimml Waterfalls in Salzburg's Pinzgau region are a wonder to behold

In the nineteenth century, when a newly developed enthusiasm for the Alps surfaced, and a new railway line was built, more tourists found their way to the remote mountain region. Thanks to the Austrian Alpine Association, a 4 km (2.5 mi) path now leads from the lowest to the uppermost waterfalls, offering the most impressive and beautiful views of the region.

Due to its steady ascent, the hike to the Schafbergspitze demands stamina. Starting with a walk through the forest, this trail travels through open terrain along a railway line.

Nevertheless, the breathtaking 360-degree panorama at the top of Schafbergspitze is well worth the three-hour hike from the train station.

The Salzburger Almenweg Trail extends for some 350 km (217 mi) through the Pongau and passes over 120 alpine pastures in Salzburg, Austria. There is a unique density of alpine pastures located along this trail that you won’t find anywhere else besides Salzburg.

There are well-known names among the huts located along the Salzburger Almenweg, such as Bürgerbergalm, Buttermilchalm, and Schlossalm, all of which invite tired adventurers to stay overnight and enjoy the culinary gems of the area.

Salzburg state is home to many interesting cities and towns. From the birthplace of Mozart to skiing and hiking hot spots. Salzburg leaves nothing to be desired. Most towns offer a variety of places to stay and the district capital Salzburg has its own airport, which makes it a great travel hub. Here are some of the best places to check out in the state during your next trip.

Salzburg is the picturesque capital of the state of Salzburg. It is located at the foot of the Eastern Alps. With over 155,000 inhabitants, it is the fourth largest city in Austria, after Vienna, Graz and Linz.

The Salzach River flows through the city's center with the old town on its left bank, complete with buildings from the Middle Ages and Baroque. The historic center was also listed as a UNESCO World Heritage Site in 1996.

The castle of Salzburg, the Festung Hohensalzburg, towers over the city. Beneath it, you’ll find countless cafés, restaurants, and impressive architecture lining the streets.

Bad Gastein is an Austrian spa and skiing resort town located in Salzburg's High Tauern National Park. The beautiful city is full of hotels and villas from the Belle Époque era that are built on its steep wooded slopes. The city’s famous Nikolauskirche is adorned with impressive Gothic frescoes.

A visit to the local Gastein Museum shows the history of the thermal springs and famous visitors to the area. Gastein is also a hiker’s paradise due to its numerous mountains and abundant nature.

Hallein, the state's second-largest city, is located in Tennengau and is the district capital. It is a Celtic city known for having one of the oldest salt mines in the world. Hallein is located at the foot of the Dürrnberg, which is a popular ski resort in the area.

The salt mine in Bad Dürrnberg is one of the oldest mines in the world, and it is now managed as a historical attraction. Nowadays, a show mine is operated here and it attracts visitors from all over the world. 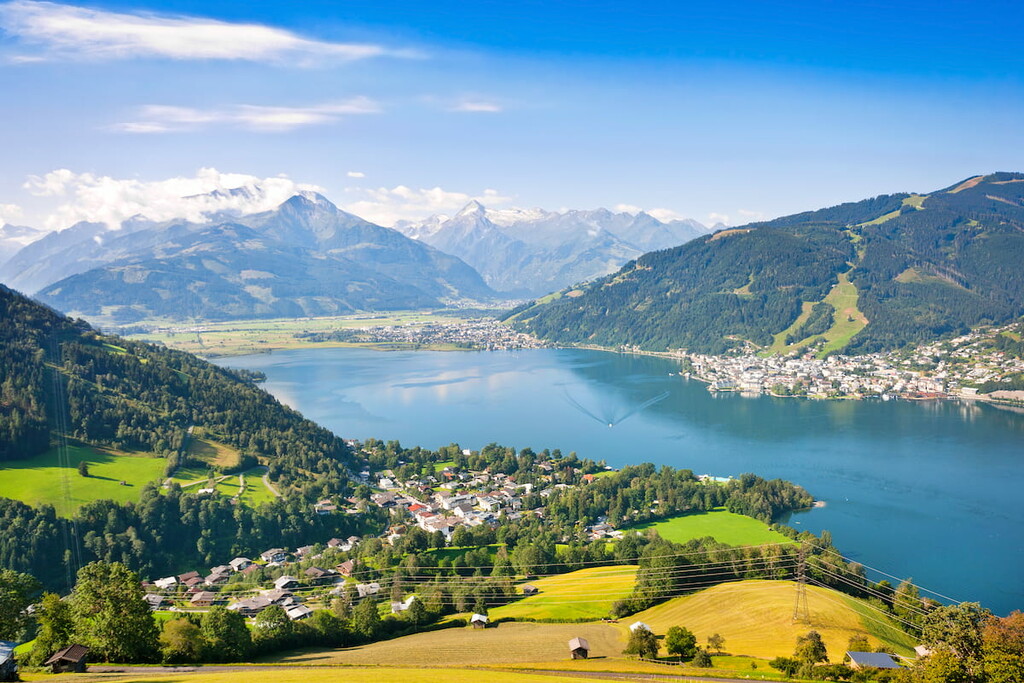 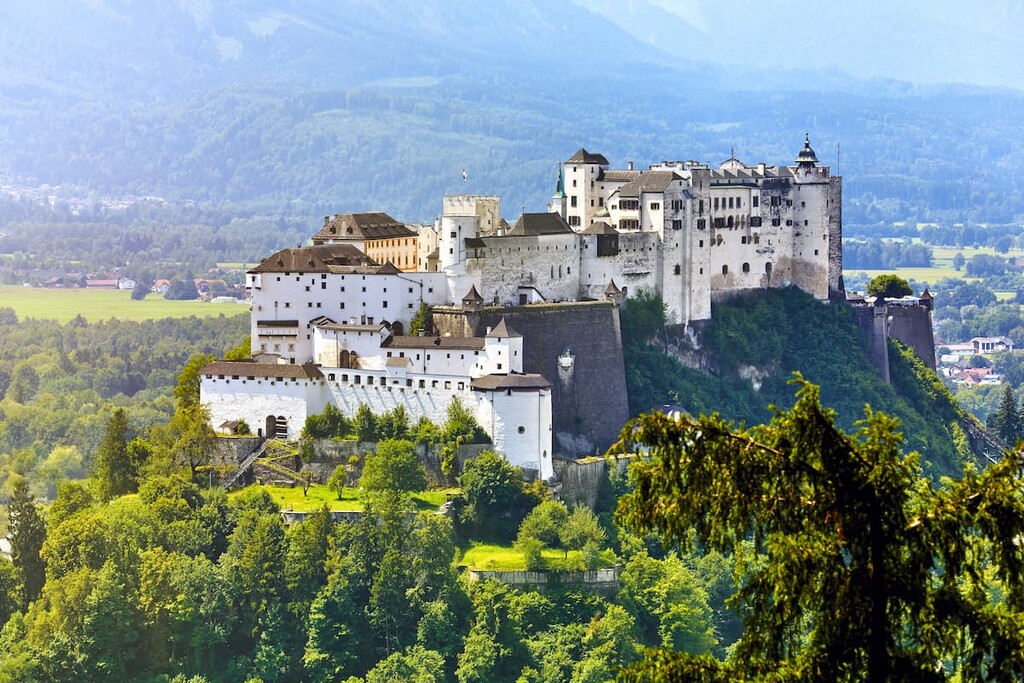 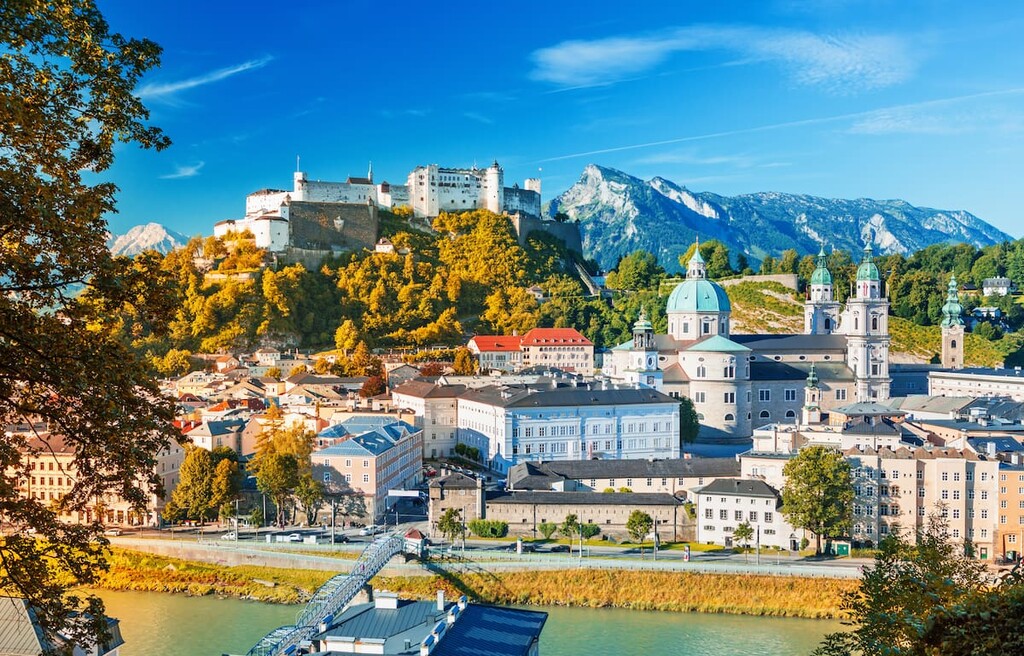 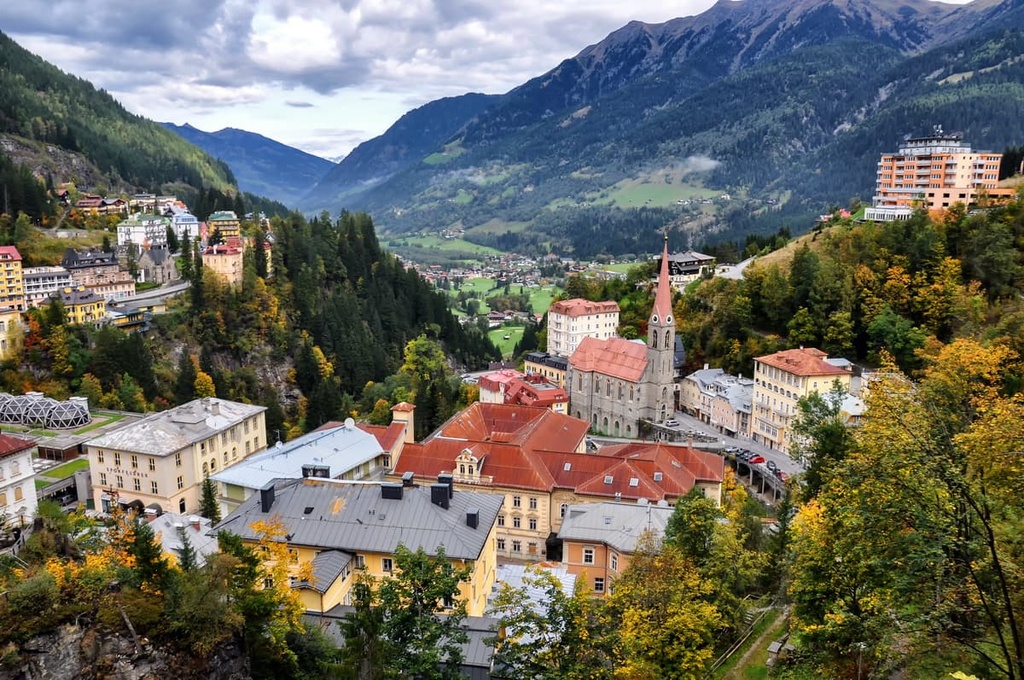 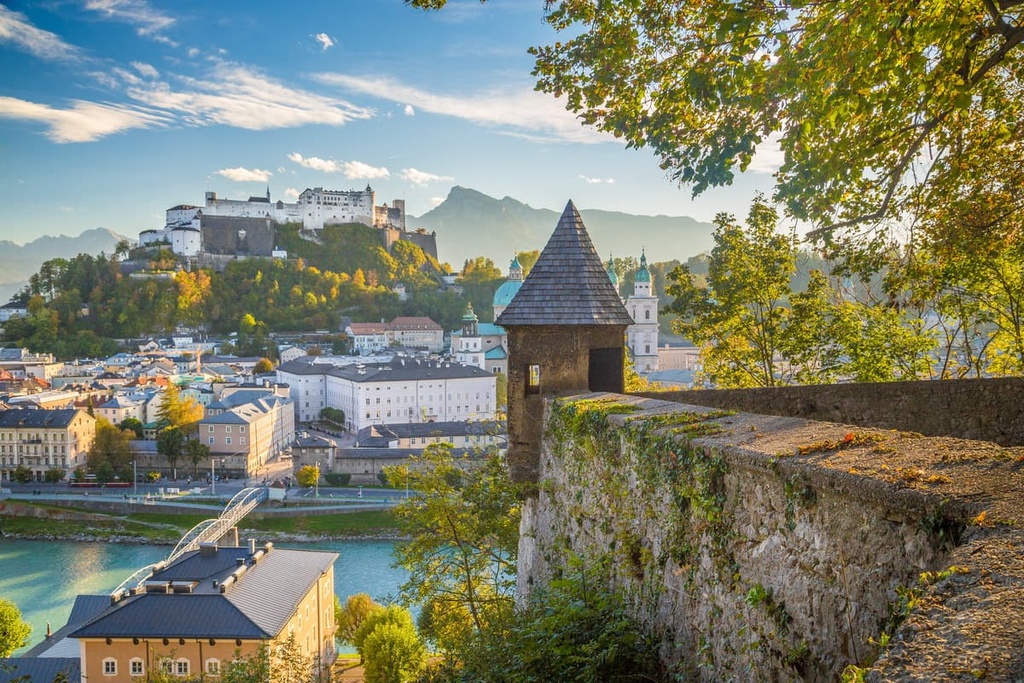