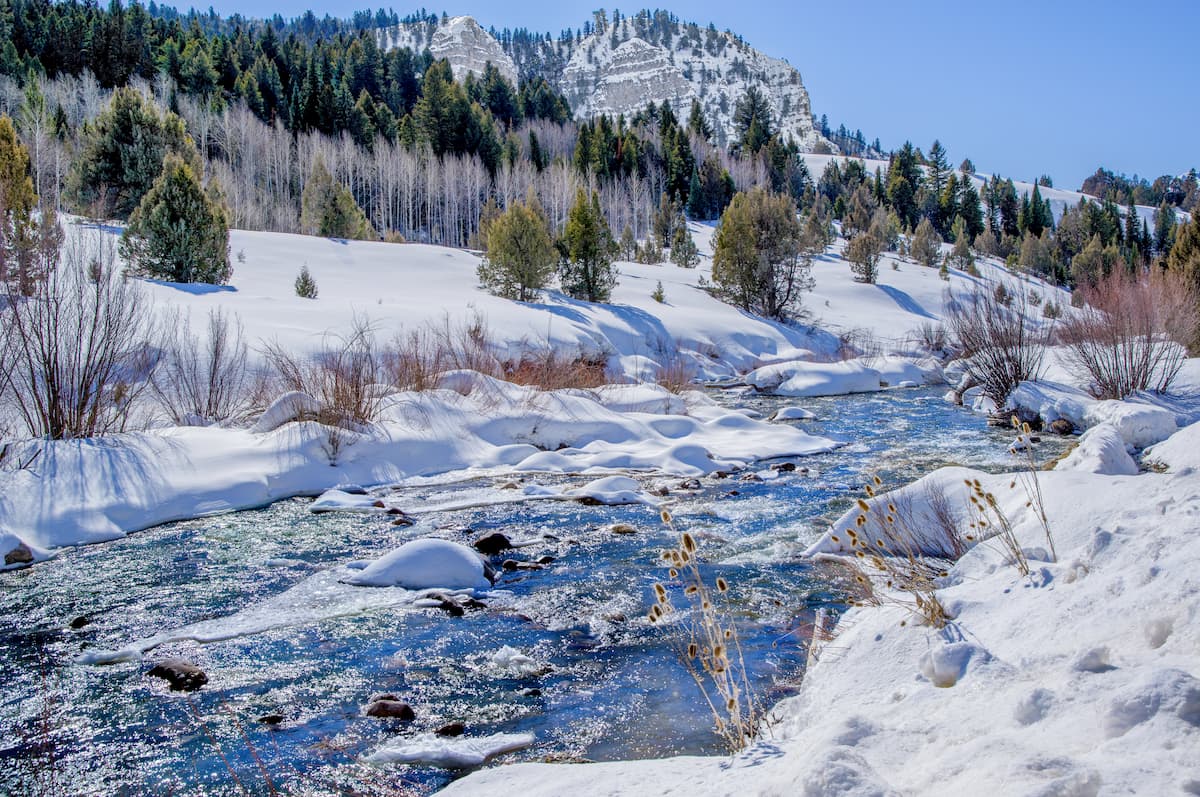 The Naomi Wilderness Area is located in the northernmost region of Utah, near the state’s border with Idaho. It is wholly contained within Cache County and it encompasses some 44,523 acres (18,017 ha) of land between the Utah/Idaho boundary to the north and the scenic Logan River to the south.

As the northernmost part of the Uinta-Wasatch-Cache National Forest, the Mount Naomi Wilderness area is just one small section of a major area of public land in the state of Utah. This section of public land actually continues to the north of the Mount Naomi Wilderness, but after crossing into Idaho, it becomes the Caribou-Targhee National Forest.

The wilderness is situated in a highly mountainous region of Utah, just to the west of Bear Lake. It is also bordered to the west by the Cache Valley, which is home to both the city of Utah and its surrounding metropolitan area. On the other side of Cache Valley lies a small section of the Caribou-Targhee National Forest, as well as the West Hills, the Wellsville Mountain Wilderness Area, and the Great Salt Lake.

Sunset at the top of Naomi Peak

This local name comes from that of the Bear River, which is the largest tributary that drains into the Great Salt Lake and whose watershed includes almost the entirety of the Mount Naomi Wilderness. Interestingly, the Bear River is also the longest river in the United States that doesn’t drain into the ocean.

That being said, the region’s limestone bedrock means that it is home to some surprisingly large caves. In fact, the deepest cave in Utah - Main Drain Cave - is located on the slopes of Mount Naomi near Tony Grove Lake. Main Drain Cave is believed to be 1,227 feet (373.9m) deep and is considered to be so challenging to access that local experts encourage only professional cavers to venture into its depths.

Although the Mount Naomi Wilderness is quite small, it is home to a number of major peaks, which boast a surprising amount of prominence. Major peaks in the wilderness include Naomi Peak, Mount Elmer, Cherry Peak, Doubletop Mountain, and Beirdneau Peak.

Like much of the rest of the Uinta-Wasatch-Cache National Forest, the land in the Mount Naomi Wilderness is part of the Wasatch and Uinta Mountains ecoregion, which is fairly heavily forested.

That being said, the Mount Naomi Wilderness is perhaps best known for its alpine zones, which boast sprawling meadows with massive wildflower blooms in the summer months.

The land in and around the Mount Naomi Wilderness has long been home to humans. Although it’s now a wilderness area where humans are just visitors, the region is the ancestral homelands and traditional territory of many peoples, including the Eastern Shoshone and the Shoshone-Bannock.

It is likely that fur traders from the United States, Canada, and various European countries traveled through the region that is now part of the Mount Naomi Wilderness, though the first people of European descent to form a permanent settlement in the area were followers of Brigham Young who arrived in the 19th century.

In 1859, Brigham Young sent a group of his followers up to the northern part of the Wasatch Front to survey for a place to build a fort near the Logan River. Eventually, they found an area, which they named Logan and which was later incorporated as a city in 1866.

The city of Logan is located just to the east of what is now the Mount Naomi Wilderness and is one of the largest cities to the north of Salt Lake City in Utah. It was even the site of the now-defunct Brigham Young College (not to be confused with Brigham Young University in Provo) and it is currently the home of Utah State University.

Around the turn of the century, the need for conservation in the area became a more pressing issue. Between 1906 and 1907, 2 separate presidential proclamations established the Wasatch and Cache National Forests, respectively, which included the land that is now part of the Mount Naomi Wilderness.

Due to its proximity to the city of Logan, the Mount Naomi Wilderness is a highly popular destination for outdoor recreation. Although much of the recreation is centered around Tony Grove Lake to the east of the wilderness, which has a campground and a major trailhead, there are plenty of great trails to check out throughout the region.

Here are some of the best hikes to consider during your visit:

The 6.6 mile (10.6km) trail to the summit of the highest peak in the wilderness - Naomi Peak - is a fan-favorite in the area. Starting out from the Tony Grove Lake Trailhead, the trail climbs steadily up the eastern flank of Naomi Peak until reaching the summit.

That being said, the trail itself is fairly gradual for a summit ascent, so it’s a great outing for families and newer hikers. On a particularly clear day, hikers can see some of the region’s most prominent mountain ranges from the summit of Naomi Peak, including the Uinta Mountains and even the Teton Range all the way in Wyoming.

A 5.3 mile (8.5km) casual walk along a babbling brook, the Temple Fork Sawmill Trail is a solid bet for a scenic walk in the mountains. It’s fairly flat for most of its extent, making it a nice choice for anyone that wants to enjoy the summer wildflowers or the fall foliage.

If you’re up for a bit of a longer adventure with plenty of elevation gain, the High Creek Canyon Trail is what you need. At 11.6 miles (18.7km) long, this trail makes for a long day in the mountains, but it offers truly excellent alpine meadows along the way. The trail also provides great views of Cherry Peak and the chance to see some waterfalls, so it truly has a bit of something for everyone to enjoy.

The third highest peak in the Mount Naomi Wilderness, the trail to the summit of Cherry Peak starts at the Tony Grove Lake Trailhead and leads up to a ridge on the side of the peak. From there, you have a bit of off-trail travel to get to the summit, which boasts excellent views of the surrounding region.

Need a place to stay during your trip to the Mount Naomi Wilderness? Here are some of the best places to visit:

Located just west of the Mount Naomi Wilderness, the city of Logan is home to around 50,000 residents, but is growing rapidly. The city contains a number of historic places, including the Logan Utah Temple and the Logan Tabernacle, both of which are owned by The Church of Jesus Christ of Latter-day Saints.

The city of Ogden is situated to the southwest of the Mount Naomi Wilderness, near the eastern shore of the Great Salt Lake. It has about 87,000 residents, making it the seventh largest city in Utah.

One of Ogden’s claims to fame is that it is located very close to the Golden Spike, which is the ceremonial location where the First Transcontinental Railroad was officially connected all the way back in 1869. Ogden is easy to get to by both road and train and it even has a busy municipal airport. Alternatively, it’s easy enough to get to Ogden by public transport or road from the airport in Salt Lake City.

With around 200,000 residents, Salt Lake City is the capital and largest city in the state of Utah. It is located to the south of the Mount Naomi Wilderness and it is a major commercial hub for the region.

Salt Lake City is well-connected by road and it is home to the largest airport in the state. The city is also a popular tourist destination thanks to its proximity to a number of popular alpine ski areas in the Wasatch Range. 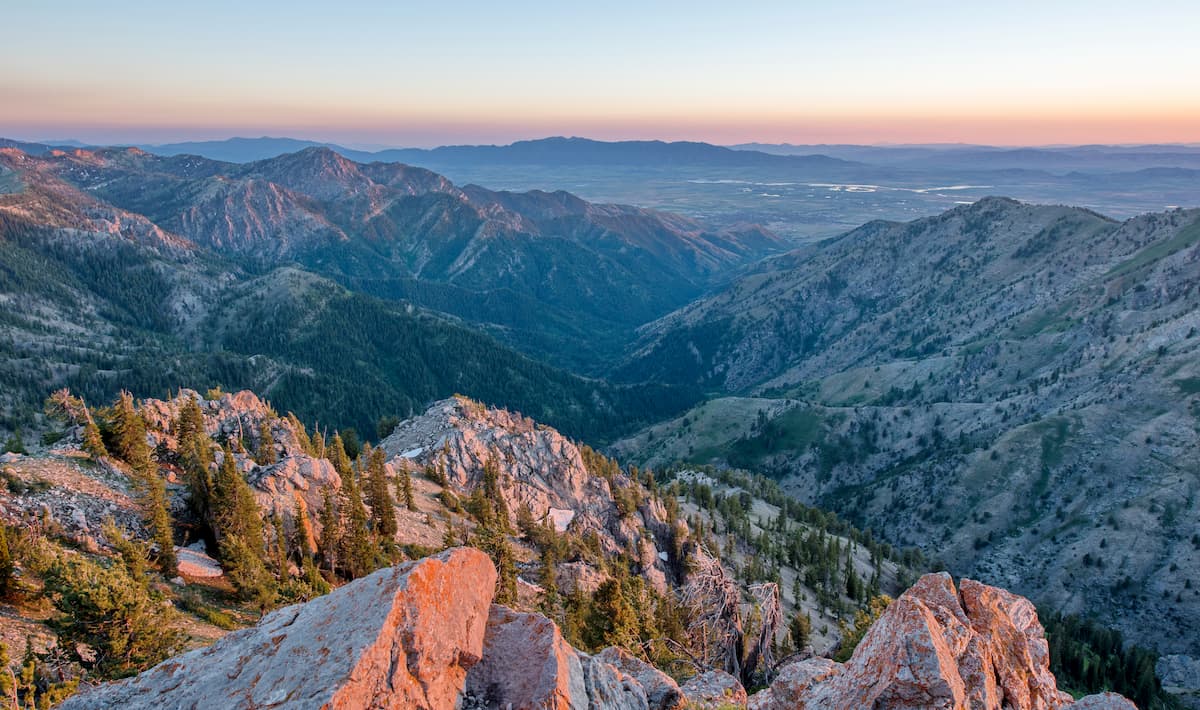 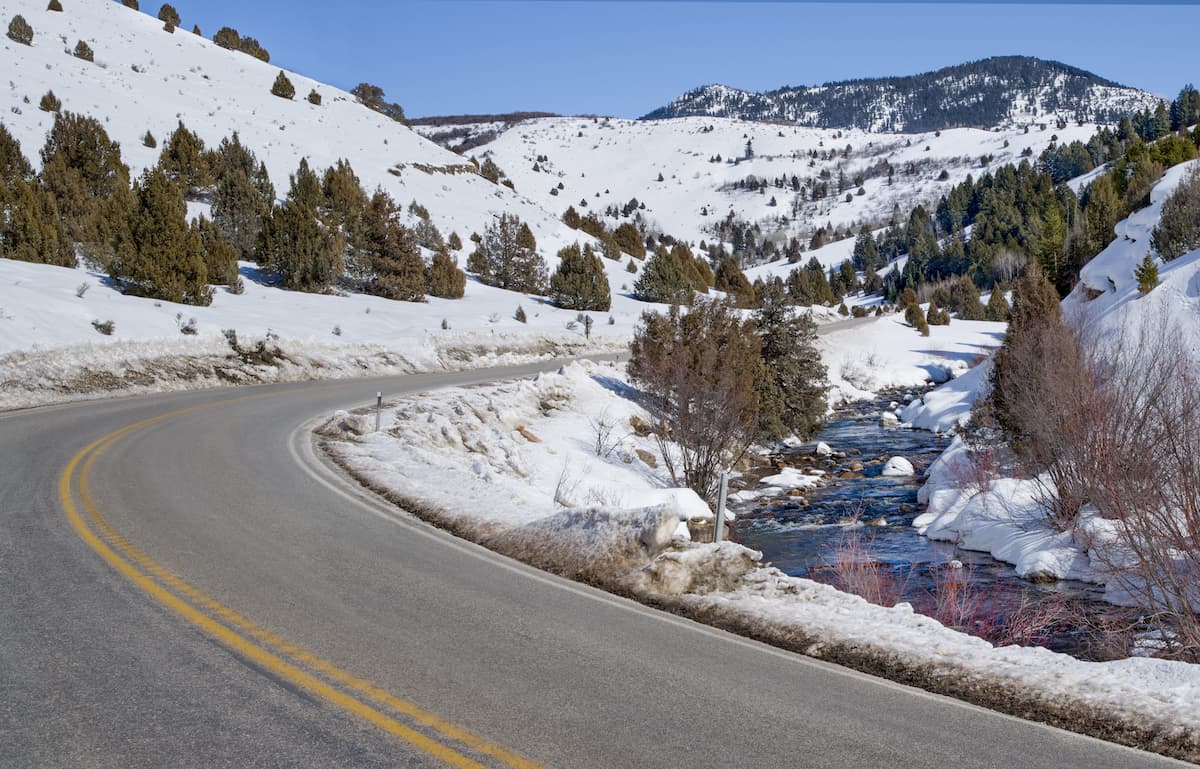 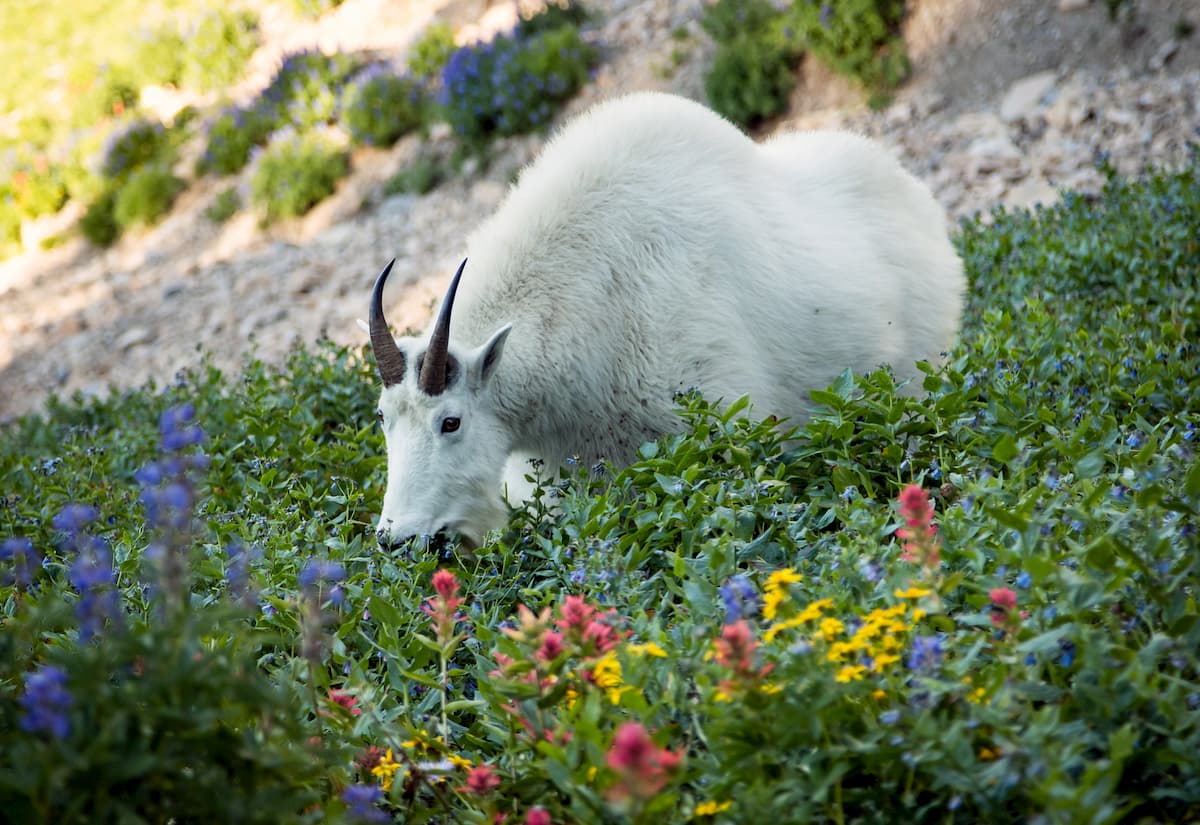 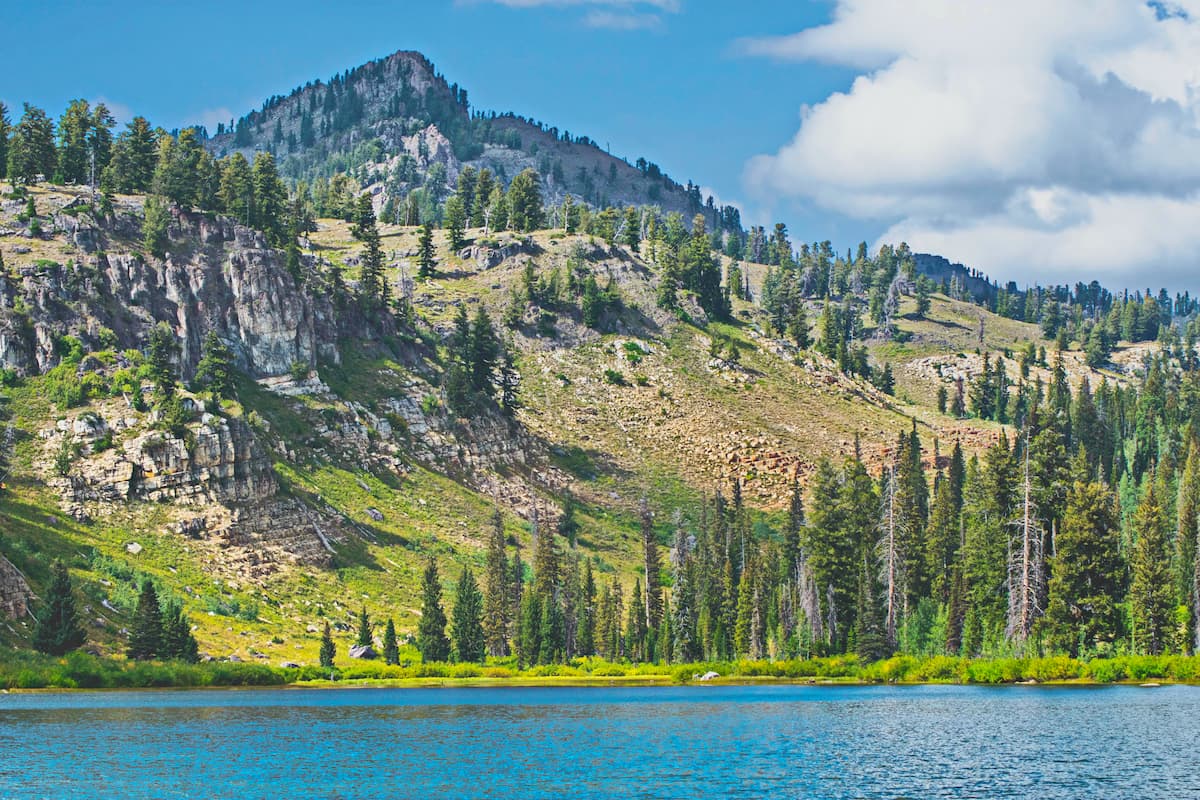 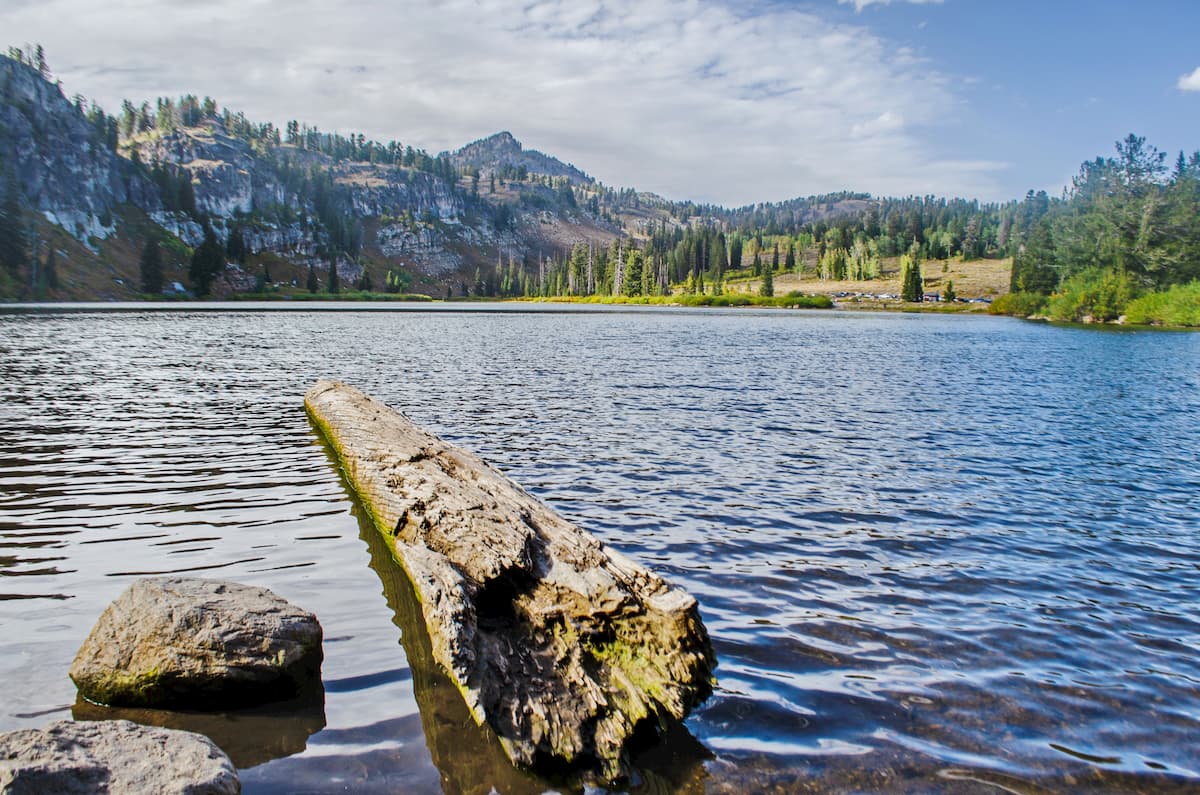 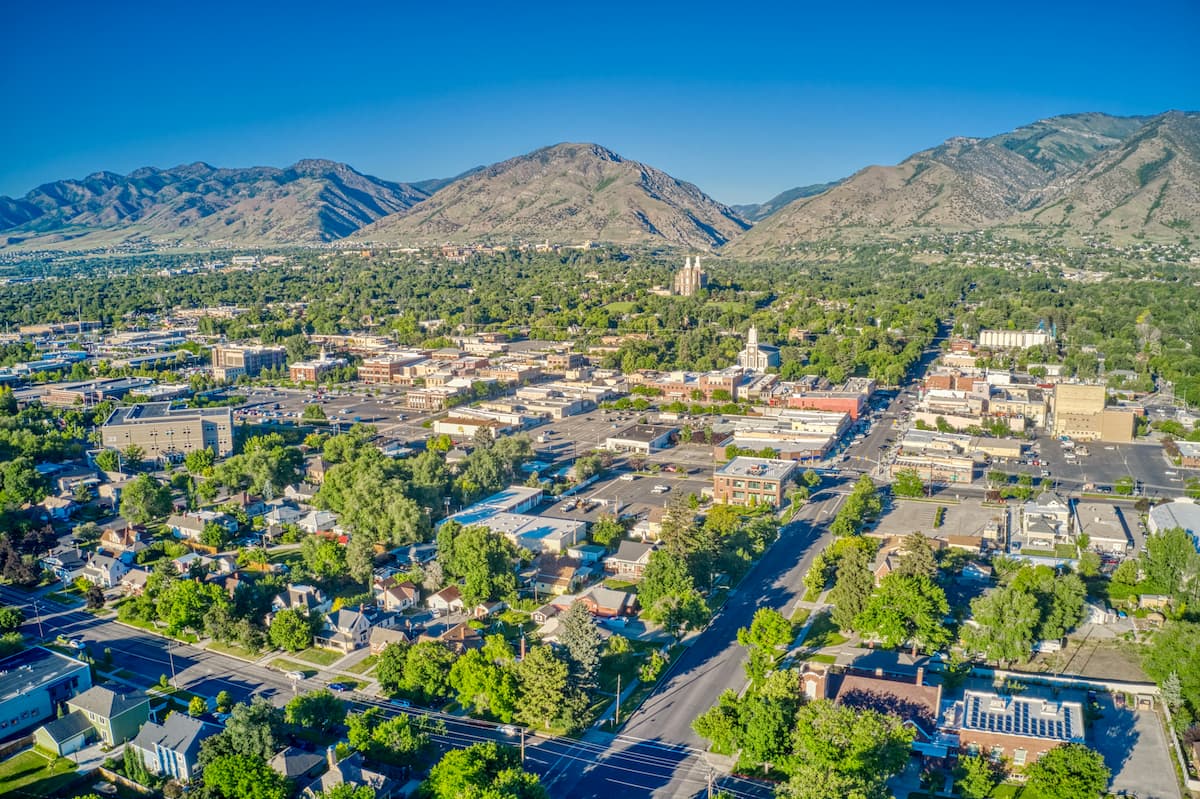