The Coeur d’Alene Mountains are a chain of peaks located in the panhandle of the US state of Idaho. The range defines the landscape between Lake Coeur d’Alene and Lake Pend Oreille. There are 105 named peaks in the range. The tallest and most prominent peak is Grizzly Mountain at 5,938 ft (1,810 m) in elevation and with 2,254 ft (687 m) of prominence. 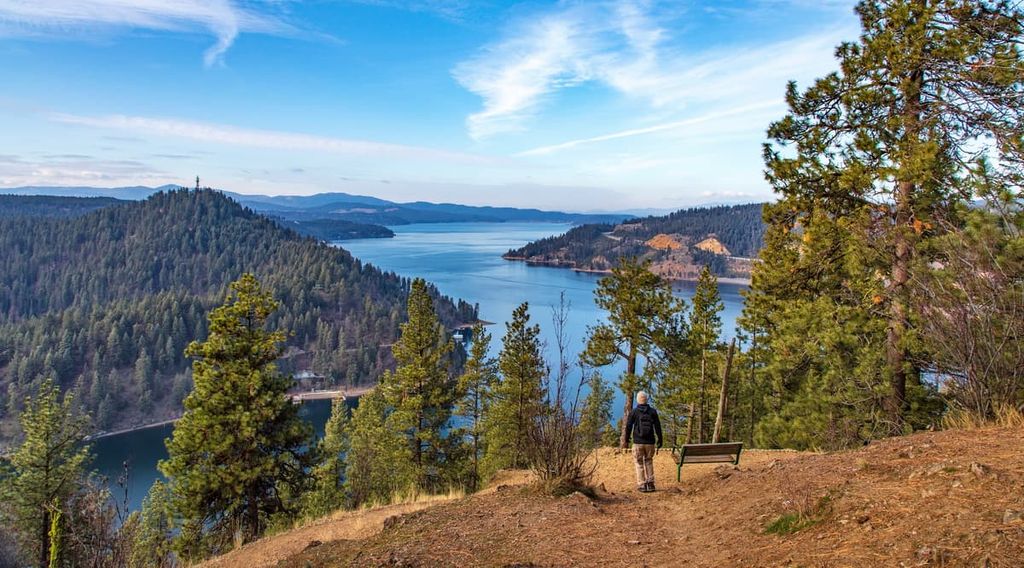 Situated in the narrow panhandle of Idaho, the Coeur d’Alene Mountains sit between two of the state’s major lakes: Lake Coeur d’Alene and Lake Pend Oreille. The range is located in both Shoshone and Kootenai counties. Furthermore, it is sandwiched in between the state of Washington to the west and the state of Montana to the east.

The range is situated within the Idaho Panhandle National Forests, an aggregation of forests that includes three individual national forests: Kaniksu, Coeur d’Alene, and St. Joe.

Additionally, the peaks of the Coeur d’Alene Mountains mark the northernmost section of the Bitterroot Range, which extends to the south along the Idaho and Montana border. The Bitterroot Range is also a subrange of the greater Rocky Mountains, which stretch from the state of New Mexico to the south all the way to the province of British Columbia in Canada to the north.

Densely forested hillsides mark much of the terrain in the range. At higher elevations, the forests open up to rugged peaks, scree fields, and alpine lakes. Many of the small alpine lakes in the range can be found amidst the cirques that are located throughout the region.

Various small creeks and streams traverse through the range, draining the snowpack from the prior winter. Bogs can be found along the creek beds within the range, too.

The Coeur d’Alene Mountains formed alongside the entire Rocky Mountain range tens of millions of years ago.

Much of the range contains rocks that are part of the massive Idaho Batholith. The batholith is a mass of mostly granitic and granodioritic rocks that date back to the Cretaceous and Paleogene

As the Idaho Batholith was uplifted and eroded as the Farallon plate was subducted beneath North America’s west coast. Immense pressure and thrust faulting pushed the land upward during the Laramide orogeny, creating the peaks that we see today.

Weathering and glaciation have further carved out the rugged peaks seen throughout the Coeur d’Alene range. This continual erosion led to large deposits of sediments to the east of the range.

The Coeur d’Alene Mountains provide the ideal habitat for a wide range of both plant and animal species.

Throughout the range and the surrounding Idaho Panhandle National Forests, there are sizable populations of white-tailed deer, elk, mule deer, moose, black bears and grizzly bears. During the winter, populations of bighorn sheep migrate to the region.

Coyotes are also common in the range. Other species that live in the region include cougars, timber wolves, marten, raccoons, bobcats, and skunks. Beavers also inhabit parts of the region, as does the elusive wolverine.

Wild turkeys are found throughout the range and much of the surrounding land. Other bird species include ravens, osprey, golden eagles, bald eagles, owls, and blue jays.

The dense forest of the range consists primarily of lodgepole pine, white pine, ponderosa pine, western red cedar, and Douglas fir, and western hemlock. The ecosystem is still recovering from the over logging of the lodgepole pine that took place over the last century.

The Coeur d’Alene Tribe boasts an enrollment of more than 2,100 members, many of whom live on the tribe’s reservation near the range. In the language of the Coeur d’Alene, Snchitsu’umshtsn, the tribe’s name is Schitsu’umsh, which means “Those Who Are Found Here,” or “The Discovered People.”

The tribe was called “Coeur d’Alene” by the French fur trappers and traders that traveled through the region in the eighteenth and nineteenth centuries. This translates as “Heart of the Awl,” which is a reference to the sharp trading skills of tribal members.

One of the earliest visitors of European descent to the region was David Thompson, a fur trader that established a trading post along the shores of Lake Pend Oreille in the nineteenth century. This led to a rise in settlement in the region by peoples of European descent and the forced removal of many tribal nations, including the Coeur d’Alene from their ancestral homelands.

Settlement and colonization of the region continued to rise with the discovery of gold during the mid 1800s. A US Army commander was so struck by the beauty of the region that he established a fort on the shores of Lake Coeur d’Alene.

During the 1890s, timber companies rushed to the range to harvest its stands of white pine. This timber boom allowed the region to flourish economically.

However, the 1980s brought about a switch in the region’s economy, from logging to tourism. Since then, the region around the city of Coeur d’Alene has continued to flourish, as a plethora of people moved from California into the region.

The Coeur d’Alene Mountains are home to numerous trails for hiking and outdoor recreation. Here are some of the most popular hikes in the region:

The Mineral Ridge National Recreation Trail is a loop trail located just southeast of the city of Coeur d’Alene. The route is 3 miles (4.8 km) long and has 767 feet (234 m) of elevation gain.

After a steady climb, the trail looks westward over the northern reaches of Lake Coeur d’Alene. The rest of the range extends both south along the eastern shores of the lake, and north towards the Canadian border.

The trail weaves through the dense forest of the region, which is interspersed with open patches that offer perfect views of the nearby lake. From the summit, hikers can see Wolf Lodge Bay to the north.

The Green Monarch Ridge Trail lies just south of Lake Pend Oreille. This out-and-back route is 9.7 miles (15.6 km) long with 2,765 feet (843 m) of elevation gain. The trail traverses the rugged ridgeline and it involves a lot of elevation gain and loss.

From the summit of both Green Monarch Mountain and Schafer Peak, hikers can see the lake spanning out to the north and to the southwest. The difficult trail offers a glimpse of how rugged the rest of the range truly is.

Looking for a place to stay near the Coeur d’Alene Mountains? Here are some of the best cities and villages to check out in the region:

Coeur d’Alene is a city situated along the northern shores of Lake Coeur d’Alene. With a population of 53,000 people, it is the most populous city in northern Idaho. Its close proximity to the lake has helped make the city a hub for watersports.

The surrounding mountains provide ample opportunities for hiking, mountain biking, trail running, skiing, and fishing. Silverwood Theme Park lies to the north of the city, providing family activities throughout the year. The city is also home to the Museum of North Idaho, various art galleries, and local restaurants.

Spokane is the largest city in eastern Washington with a metro population of 575,000 people. The Spokane River runs through the city with the Selkirk and Rocky Mountains lying to the north and east. Mount Spokane is situated just north of the city and provides year round activities such as hiking, mountain biking, skiing, and snowshoeing.

The city is surrounded by lakes of various sizes, allowing for rafting and kayaking during the summer months. Fishing is also popular throughout the year in the nearby lakes and rivers. During the winter, locals and visitors can take their pick of the five ski resorts located within two hours of downtown Spokane. Backcountry skiing opportunities are also available throughout the region. 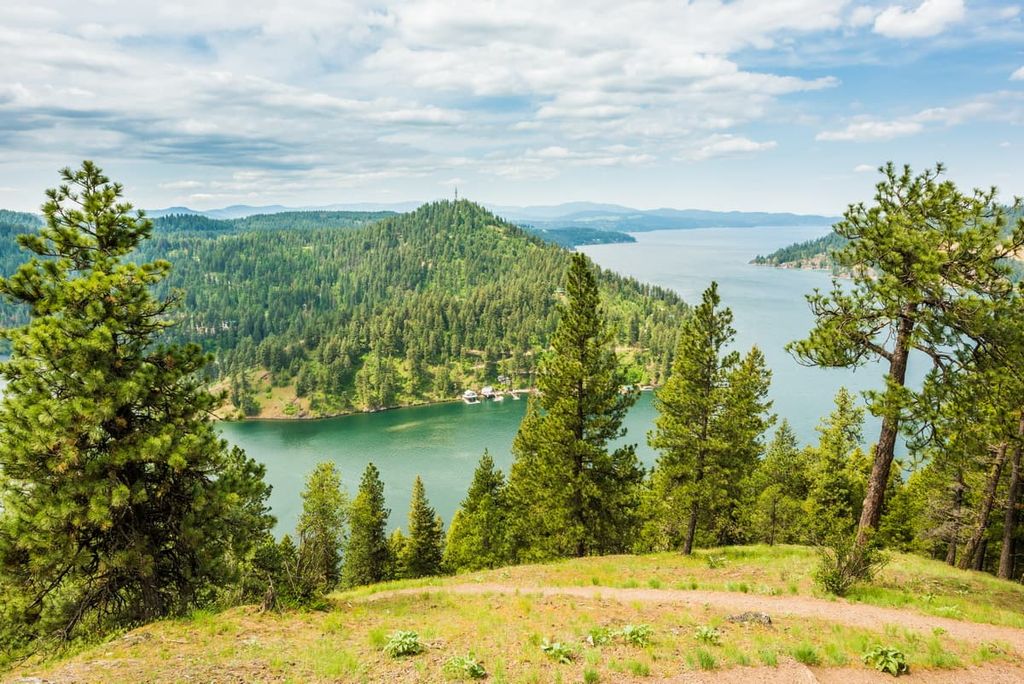 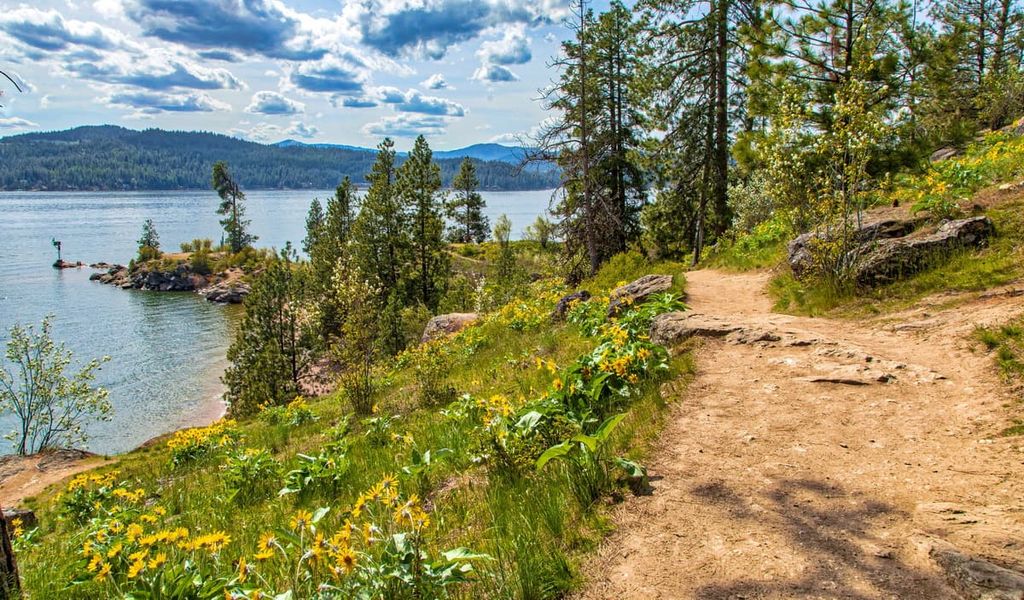 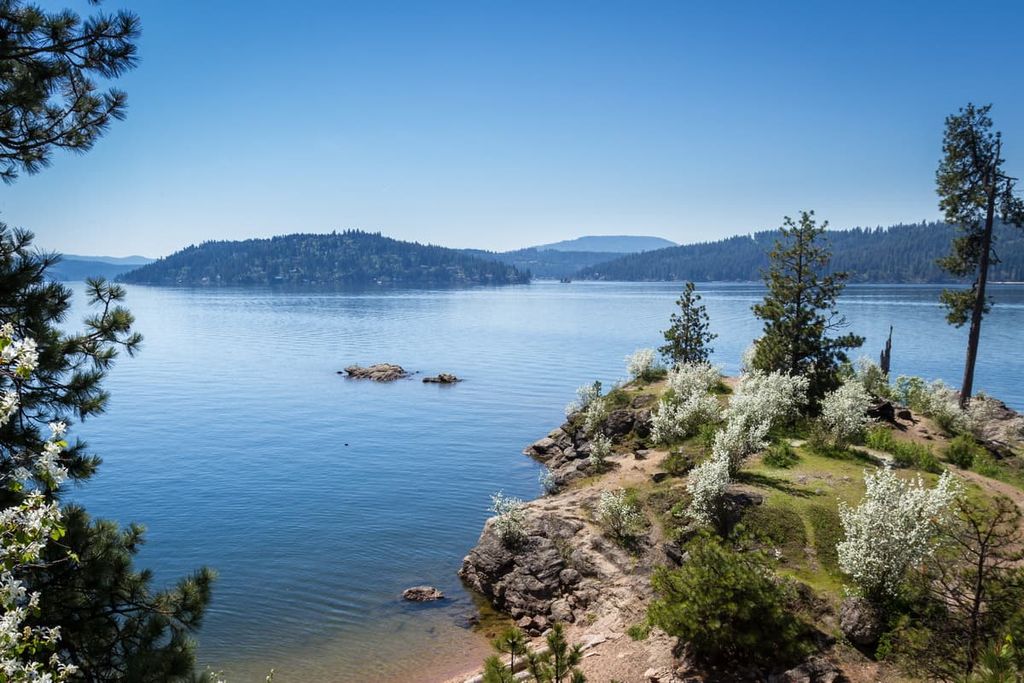 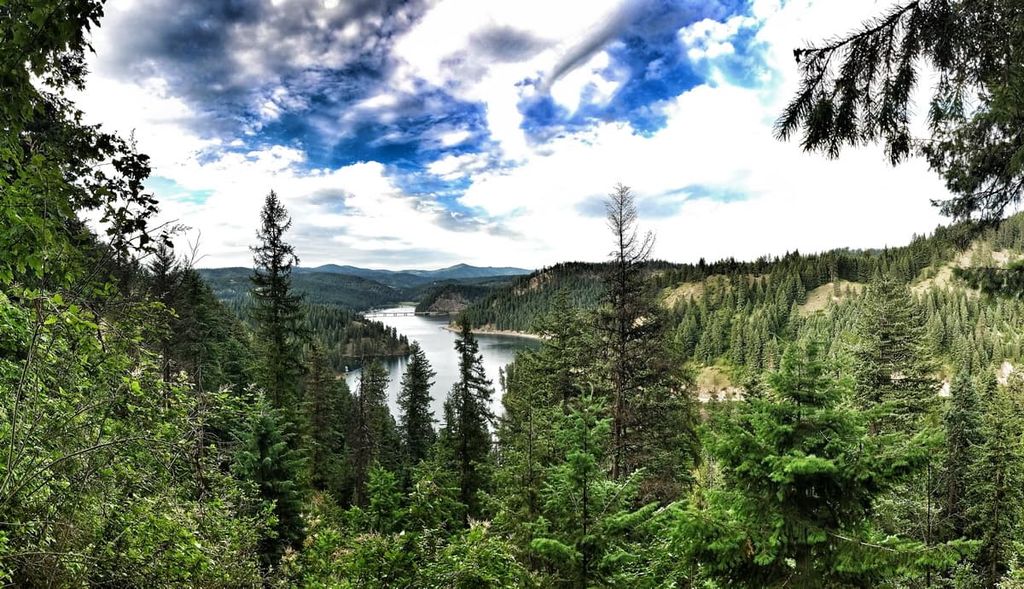 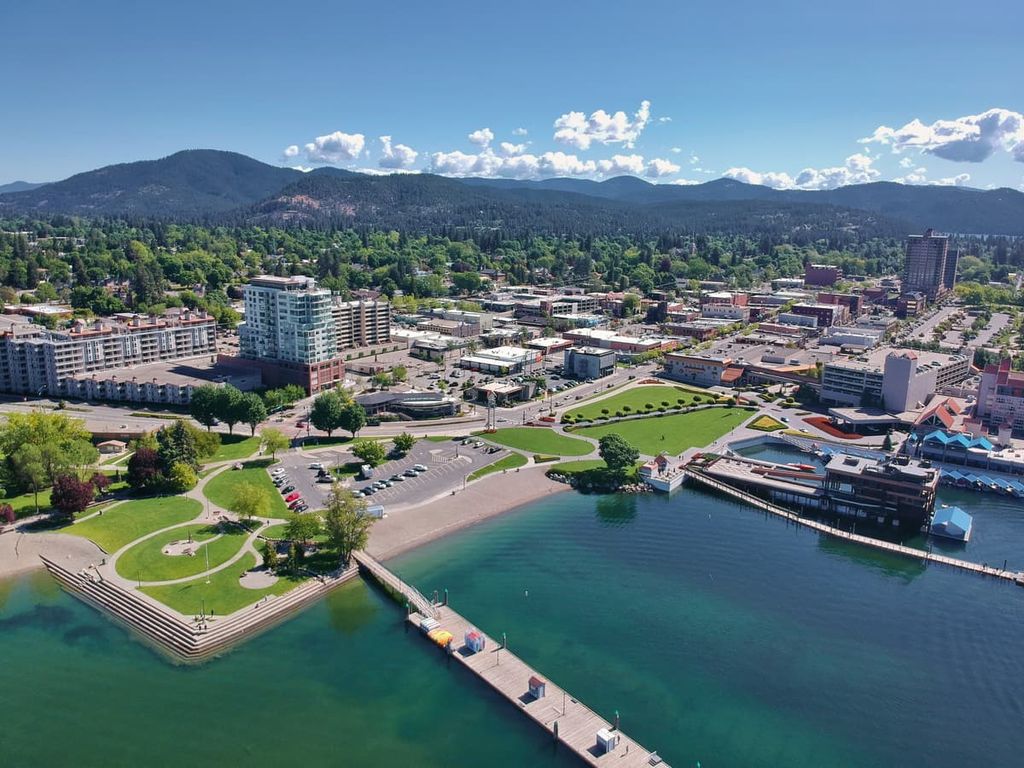