Together the Nez Perce-Clearwater National Forests, located in northwestern Idaho, cover over 4 million acres of land. This expansive protected area is full of rugged canyons, dense cedar forests, rivers, and rolling hills of the Palouse. Almost half of the entire forest is dedicated wilderness, making the wildlife here abundant and diverse. There are 426 named mountains in Nez Perce-Clearwater National Forests. The highest and the most prominent mountain is Buffalo Hump at 8,904 feet. 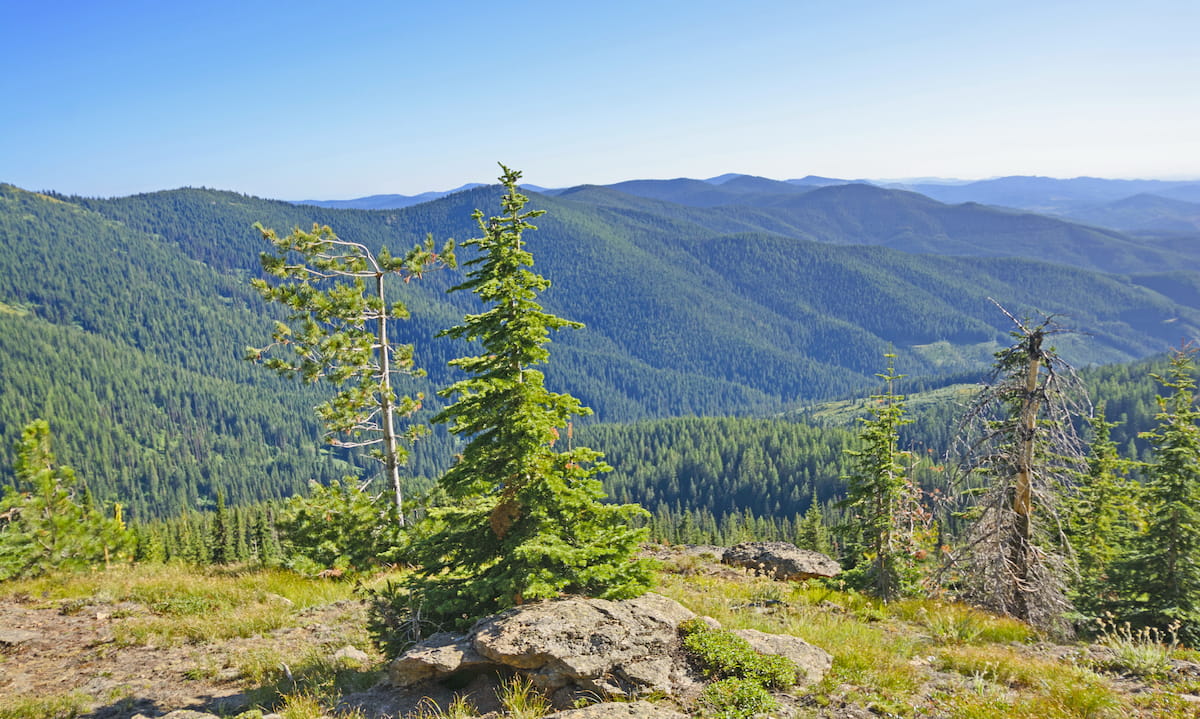 Combined these two forests are home to three rivers that are popular amongst kayakers; the Selway, the Lochsa, and the Salmon river. The Nez Perce and Clearwater National Forests were administratively combined back in 2012 unifying the two parcels of land. The Nez Perce region is the traditional home of the Ni Mii Puu who were later given the name Nez Perce by the Lewis and Clark expeditions. Both sections of the forest were established back in 1908 before being combined in 2012.

The Nez Perce-Clearwater National Forest stretches from the western border of Oregon to the eastern border of Montana. This wild and abundant region is full of hikes, biking, running, camping, and rafting opportunities.

Seven Devils Loop: This 28-mile loop hike is one of the most popular hikes in the entire forest. The trail climbs through the eastern part region of the national forest and has a total of 6,548 feet of elevation gain. Most hikers complete the trail over the course of 2-4 days.

Skookum Butte: This trail is right on the border between Idaho and Montana. This short trail totals 2.6 miles with 918 feet of elevation gain. The summit of the butte offers surrounding views of the Nez Perce National Forest with Missoula sitting to the northeast.

Snake River Trail: Another popular multi-day hike is an out and back trail that follows along the Snake River. This trail is 28 miles total with 4,888 feet of elevation gain. The trail winds next to the river that sits at the bottom of a shallow but rugged canyon. The nature of this hike makes it a multi-day route though hikers can cut it short for a day trip.

Elk Creek Falls: This popular trail takes you to Elk Creek Falls, which happens to be the tallest waterfall within the state of Idaho. The 2.6-mile trail has 652 feet of elevation gain. The falls are separated between three drops; upper falls, middle falls, and lower falls. The trail winds through the forest and provides side trails to reach each of the separate drop offs. Take in the views of the biggest waterfall in the state or continue your hike to see all three.

Jerry Johnson Hot Springs: Idaho is known for having rugged and beautiful hot springs with Jerry Johnson Hot Springs being one of the most popular. This 2.6-mile out and back hike has just 265 feet of elevation gain. The trail crosses a river and winds through the forest before reaching the springs. Upon arriving at the springs, hikers will find small pools that have been created by clever rock placement. Enjoy the warm waters of the hot springs, but don’t be alarmed by the sulfur smell coming from the earth, that’s what’s keeping the water warm.

Weir Creek Hot Springs: A lesser known hot spring is Weir Creek. This 0.7-mile out and back trail has 68 feet of elevation gain to reach the large hot spring. Take a dip in the large pools and listen to the rushing creek below. Enjoy the warm waters of the pools or set up camp for the night to enjoy the solitude.

Located just northwest of the two forests, Spokane is the most populous city in eastern Washington. The Spokane river runs through the city while it sits 92 miles south of the Canada-U.S. border. With a population of 222,000, Spokane is the second largest city within the state of Washington. While most of the state’s population lives on the western side of the Cascade Mountain Range, Spokane is a hidden gem for any outdoor enthusiast. There are four ski resorts within two hours of downtown, while rock climbing, hiking, running, rafting, canoeing, and fishing are all accessible within minutes. 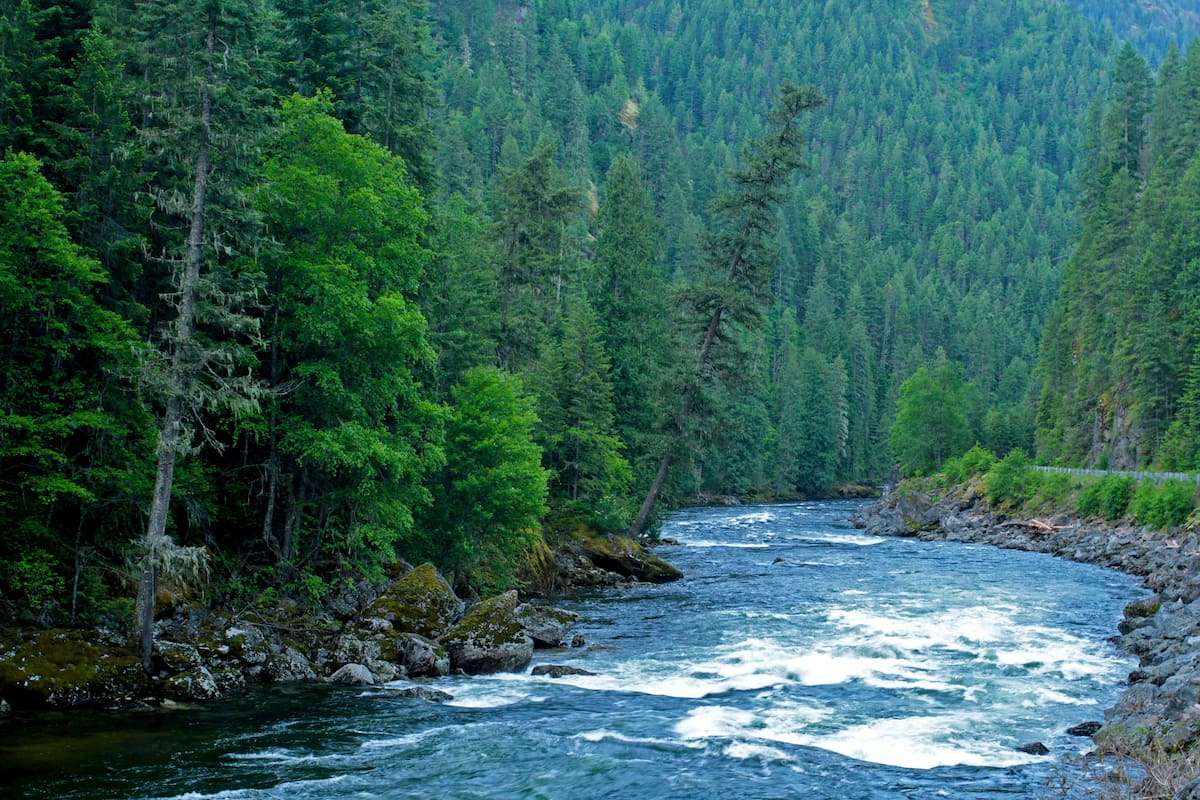 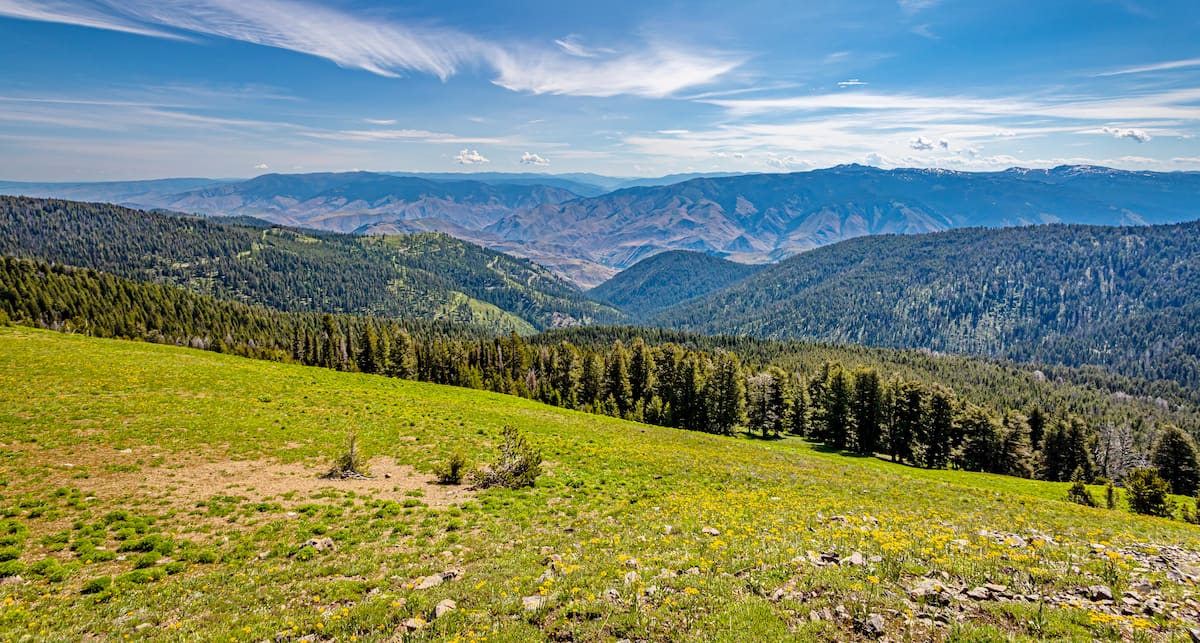 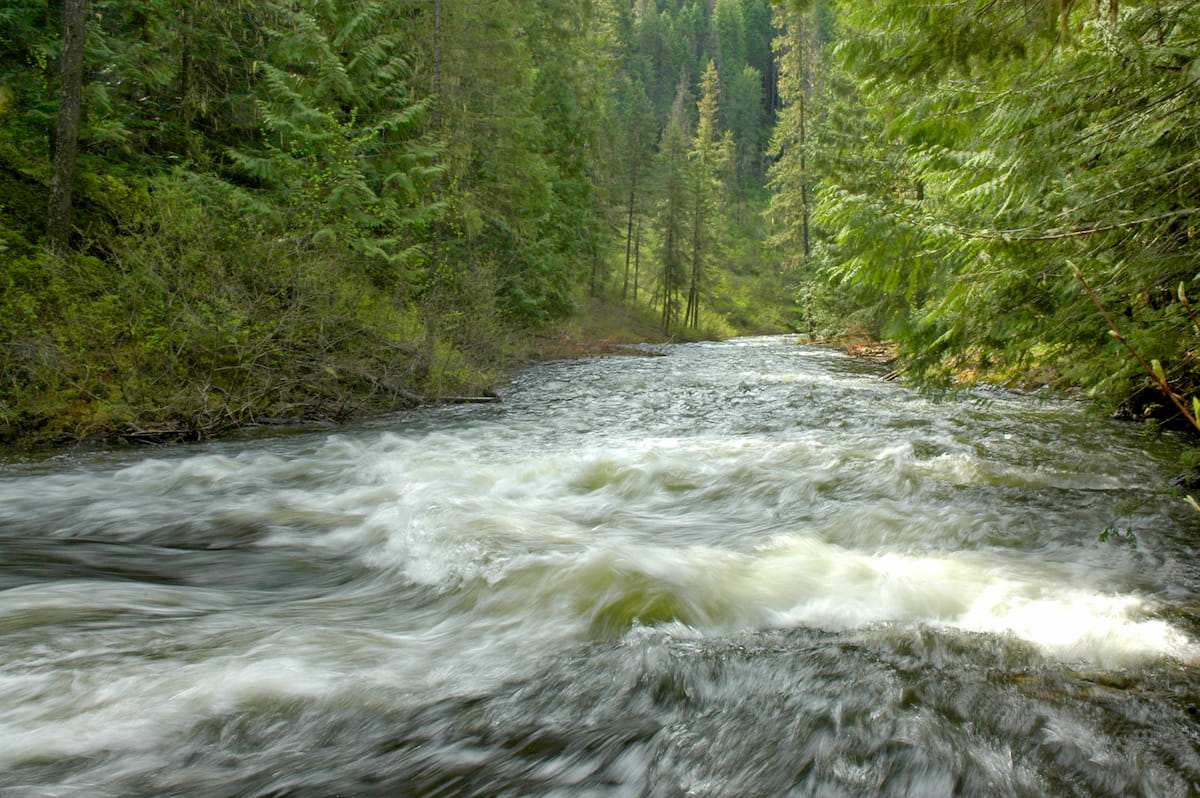