The Aquarius Mountains are a mountain range situated in the western portion of the US state of Arizona. The range lies within the Arizona transition zone and contains 87 named mountains. The tallest and most prominent peak in the range is Mohon Peak at 7,493 feet (2,284 m) with 2,054 feet (626 m) of prominence. 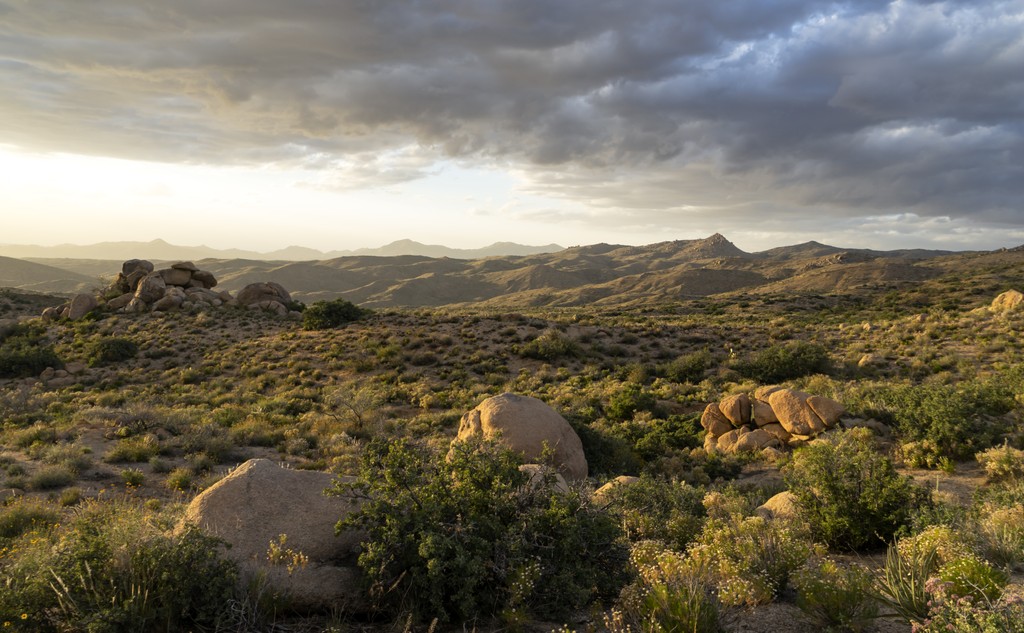 The Aquarius Mountains lie in eastern Arizona within the southeastern section of Mohave County. These peaks form the perimeter of the Arizona transition zone and are part of the Coconino Plateau, a subsection of the Colorado Plateau .

The range travels predominantly in a north to south direction with a slight curve to the south-southeast. From north to south the Aquarius Mountains span 45 miles (72 km) in length and 15 miles (24 km) in width.

The Big Sandy River and the Big Sandy River Valley lie just west of the range while the Hualapai Mountains are situated even further west. The surrounding landscape marks the southeastward extension of the Mojave Desert.

Prominent waterways in the range include Trout Creek and Knight Creek which both flow westwards towards the Big Sandy River. The rugged and relatively remote peaks lie adjacent to the Mohon Mountains.

The valleys that surrounded the range rise gradually, giving way to the rolling hills, rocky buttes, and barren peaks of the area. This region also marks the northwest border of Arizona’s Sonoran Desert.

Additionally, the Aquarius Mountains lie near numerous other regions for outdoor recreation. A portion of the range covers land in the Upper Burro Creek Wilderness. Prescott National Forest lies east of the range along with Kaibab National Forest. The Arrastra Mountain Wilderness is situated to the south while Grand Canyon National Park is to the north.

The Aquarius Mountains lie within the Arizona transition zone, which is situated between the Colorado Plateau to the north and the Basin and Range region to the south.

The geological history of the Colorado Plateau dates back millions of years. During the Laramide orogeny the region was slowly uplifted, with a majority of the lift taking place roughly 20 million years ago. Most of the plateau is drained by the Colorado River with the creeks in the Aquarius Mountains flowing into the Big Sandy River.

The nearby Basin and Range region primarily spans throughout Nevada, Utah, Idaho, Oregon, and California. Tectonic extension during the Early Miocene, stretched and deformed the landscape, creating the distinct patterns of basins and ranges.

Since the Aquarius Mountains lie in the transition, geologically they share features with both the Colorado Plateau and the Basin and Range province. Common rocks found in the range include Precambrian schists, greisses, and granties.

The flora and fauna found in the range is similar to that found in much of the surrounding transition zone. At the lowest elevations, the terrain is populated by interior chaparral and various other shrubs marking the northernmost stretches of the Sonoran Desert.

At slightly higher elevations, the range features stands of ponderosa pine, interspersed with blue spruce, white fir, quaking aspen, and douglas fir. Many of the ridgelines and peaks in the range feature minimal amounts of vegetation.

The Aquarius Mountains are home to over 150 avian species, making it a great place for bird watchers. Various species of raptors and other birds of prey are also common. Some mammals commonly found in the region include desert cottontails, ring-tailed cats, bobcats, mountain lions, beavers, mule deer, javelinas, and pronghorn antelope.

Human history in the surrounding region dates back since time immemorial. This region marks part of the territory of the Patayan culture (Hakataya culture) and the Hohokam culture.

Settlers of European descent may have traveled through the region as early as the sixteenth century. Spanish conquistadors and missionaries may have ventured in the area, followed by French fur trappers in the following decades.

Expeditions led by Spanish conquistadors later arrived in the region though they primarily explored present-day New Mexico and California. This land was eventually ceded to Mexico following the Mexican War of Independence.

The surrounding region was then ceded to the US after the Mexican-American War. By the mid-1800s miners and settlers began to flock to the greater Phoenix area. Gold was found in Lynx Creek leading to the gold rush of the region in the late 1800s.

The land east of the range was designated as the Prescott Forest Reserve in 1898 by then President William McKinley. This reserve was centered around protecting the watershed of the region after extensive logging and mining had taken place.

There are no designated hiking trails in the Aquarius Mountains. Here are a few hiking routes situated near the range and the nearby town of Kingman:

The Monolith Garden Trail lies within the Cerbat Foothills Recreation Area. This route winds through the Mojave Desert, featuring a desert landscape and unique rock formations. Hikers should note there is no water on this path and minimal to no shade. The loop route is 8.5 miles (13.7 km) in length.

The White Cliffs Wagon Trail follows an old wagon route that dates back to the 1800s. Hikers can walk along the wagon tracks that have been cut deep into the stone. This route showcases both the natural beauty of the desert region and provides a look into its history. Round trip this route is 3.5 miles (5.6 km) in length.

The Hualapai Peak trail lies within the Hualapai Mountain Park. The route takes hikers through various habitat zones, transitioning from pine and oak forest to mixed conifer and finally to fir and aspen trees. From the summit, hikers are rewarded with views of the Aquarius Mountains to the southeast. This trail is around 5 miles (8 km) in length.

Looking for a place to stay near the Aquarius Mountains? Here are some of the best cities and villages to check out in the region:

Located just northwest of the range, Kingman marks the closest city to the Aquarius Mountains. Home to around 34,000 residents, Kingmann lies along the historic Route 66 in northwestern Arizona. Dubbed “The Heart of Historic Route 66”, the downtown region was constructed in the Mission Revival style.

Within the Powerhouse Visitors Center lies the Route 66 Museum, showcasing more of the history of the city and the iconic route. Kingman is also home to the Mohave Museum of History and Arts. Locally owned restaurants and cafes line the downtown streets, complete with Route 66 themed eateries.

Flagstaff lies northeast of the Aquarius Mountains situated in the heart of the Coconino National Forest. Home to around 75,000 residents, Flagstaff has garnered the reputation as a paradise for outdoor recreation. The city lies at an elevation of 7,000 feet (2,130 m) of elevation and is surrounded by one of the largest contiguous ponderosa pine forests in all of North America.

Just a short drive north of the city lies Grand Canyon National Park, making the city a popular spot for those visiting the region. The quaint downtown is full of local restaurants, bars, breweries, and art galleries, showcasing the mountain community of the city. Being surrounded by protected land, the city is a hub for hiking, mountain biking, and trail running. 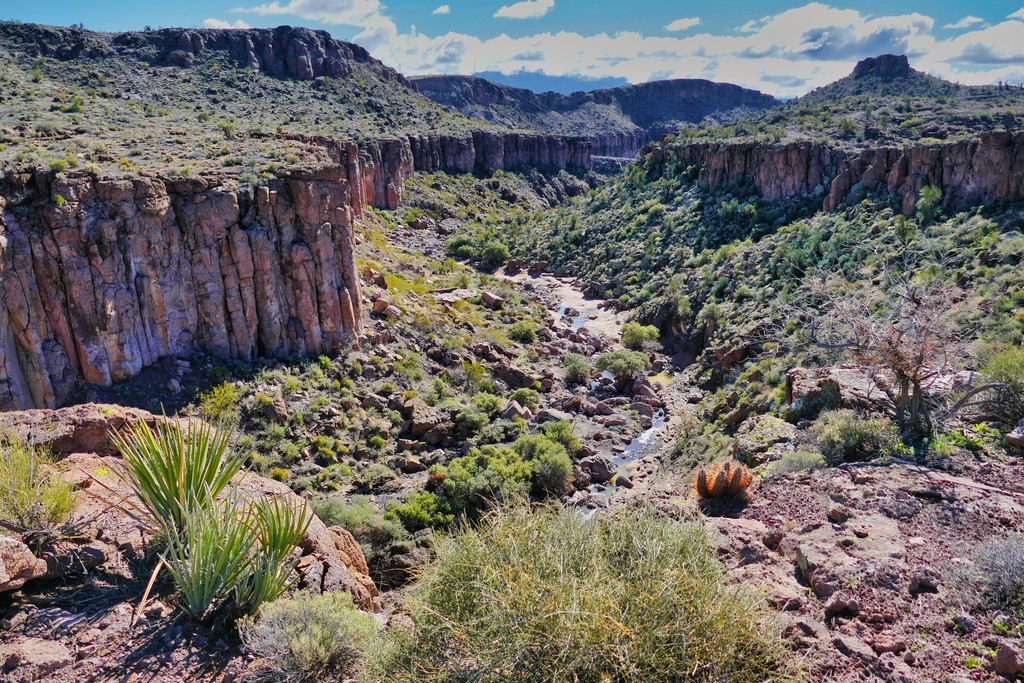 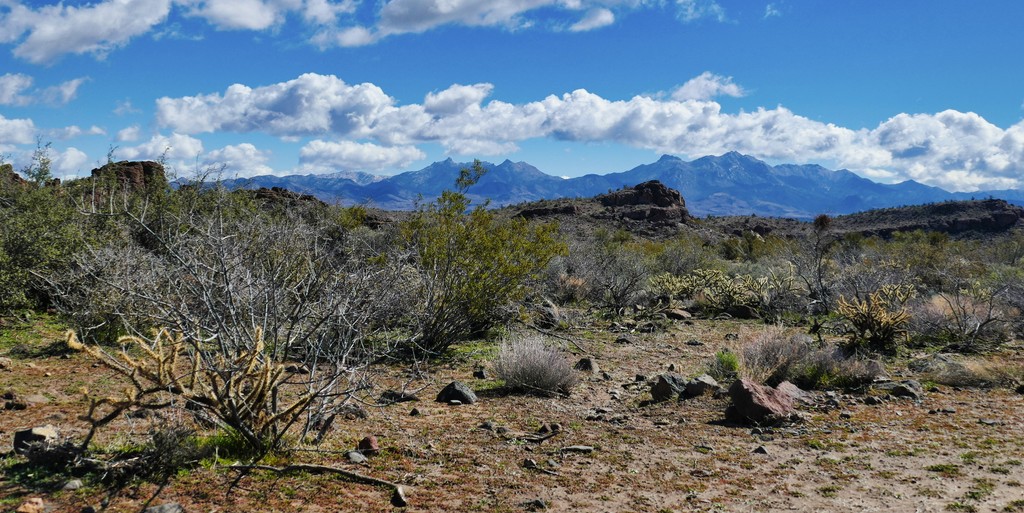 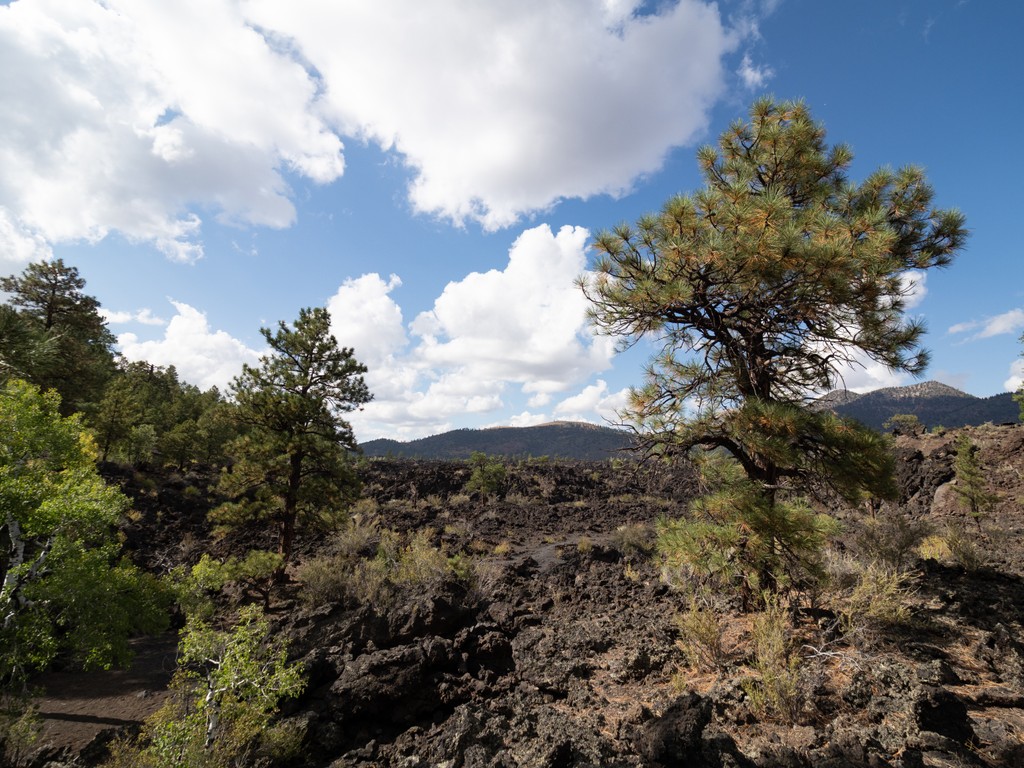 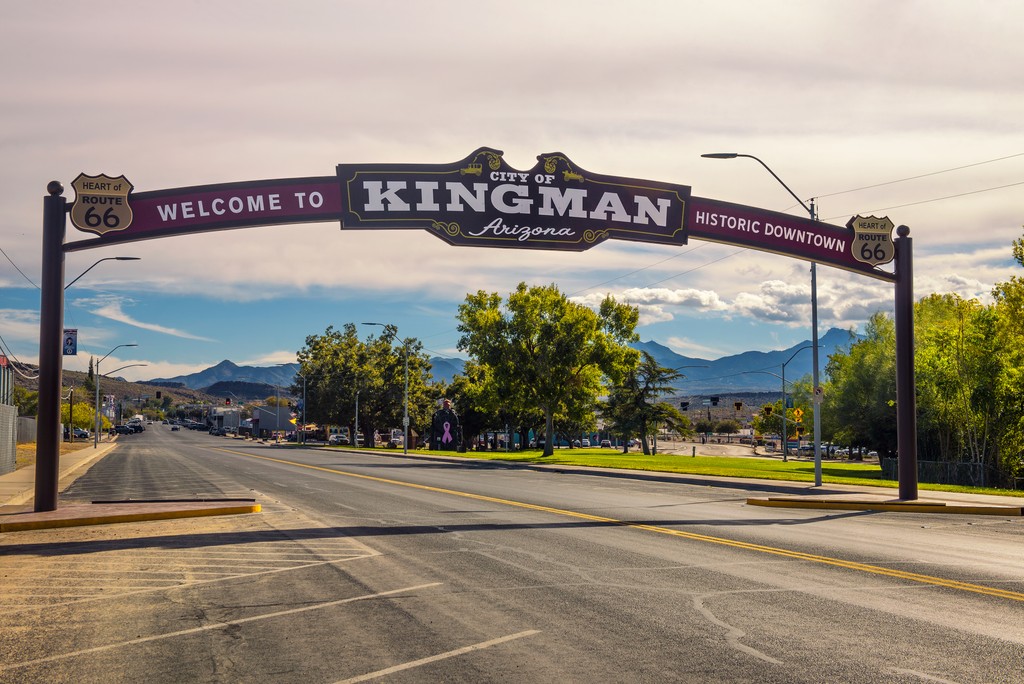