Tatra National Park (Slovak: Tatranský národný park; abbr. TANAP) is a stunning mountainous region situated in northern Slovakia. One of the main features of the park are the High Tatras, a subrange of the greater Tatra Mountains that extend throughout Slovakia and Poland. There are 454 named mountains in Tatra National Park with the highest and most prominent peak being Gerlachovský štít (2,654 m / 8,707 ft). 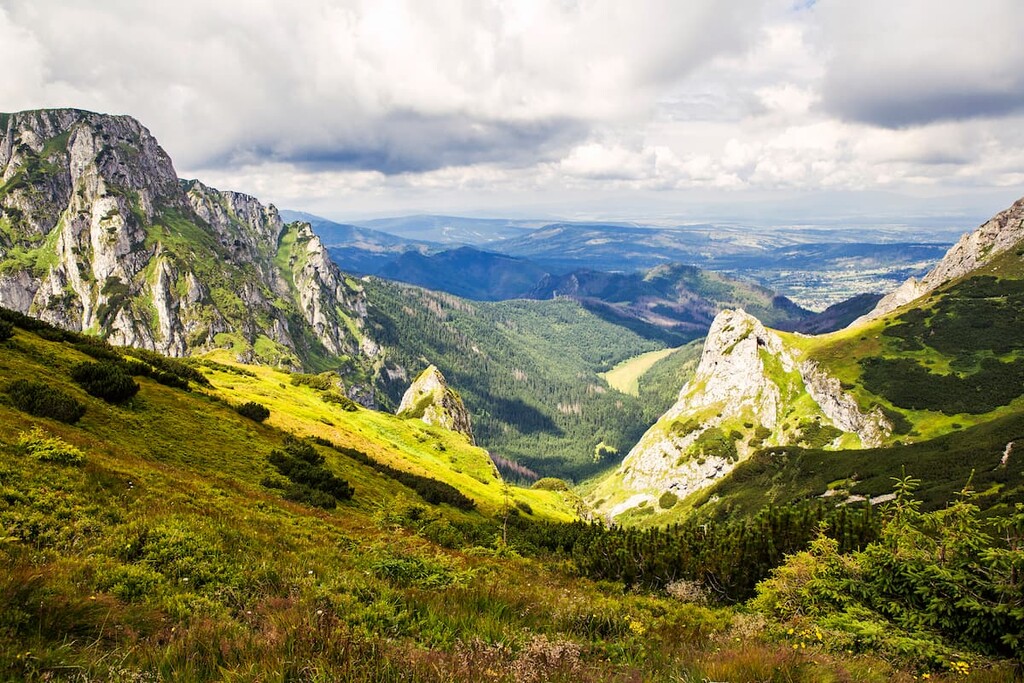 Tatra National Park spans across the rugged and mountainous region of northern Slovakia. True to its name, the park helps protect the main ridgeline of the Tatra Mountains.

These peaks form a natural border between the countries of Tatra Mountains, with a national park situated on either side of the range. Together the two parks form a UNESCO designated biosphere reserve.

Lower elevations are marked by evergreen forests that quickly rise up to alpine terrain, jagged ridgelines, and snow capped peaks. Besides the rugged mountains, one of the main features of the park are the plethora of tarns, or mountain lakes.

Throughout the park lie over 100 tarns, with the largest being Veľké Hincovo pleso which reaches a depth of 58 m (190 ft). Major rivers and streams include the Poprad River, which drains into the Baltic Sea, and the Váh, which flows into the Black Sea.

Tatra National Park is also known for its multitude of caves, with over 300 having been discovered within the park boundaries. Belianska Cave (Slovak: Belianska jaskyňa) is the only cave in the park that is open to the public.

The Tatra Mountains span across both Slovakia and Poland, forming a natural border between the two countries. They mark a subrange of the larger Carpathian Mountains which also span across sections of the Czech Republic, Romania, Serbia, and Moldova..

Peaks in the region were formed during the Alpine Orogeny, a major mountain building event that occurred around 65 million years ago. This uplift was the result of the African and Eurasian tectonic plates colliding together with one another.

This mountain building period also formed the nearby Alps, Pyrenees, and Himalaya. The bedrock in the region dates back between 250-100 million years ago, long before the Alpine Orogeny.

The Tatra Mountains are composed of metamorphic, igneous and sedimentary rocks. A wide range of rock types are found throughout the range with a majority of the core being granite. The Western Tatras and Belianske Tatras feature larger patches of dolomite, sandstone, and limestone.

Glacial cirques and sweeping valleys are dotted throughout the range, having been formed by widespread glaciation. These glaciers formed around 1.5 million years ago and slowly carved out the landscape as they retreated.

Tatra National Park marks some of the only true alpine terrain found in Slovakia. A wide range of both flora and fauna can be found throughout the park.

The lower montane zone is densely forested with patches of spruce, beech, fir, and larch trees. As elevations increase the forest transitions to a higher montane zone, populated primarily with spruce trees.

Forested sections begin to thin in the mountain pines zone. Here hikers are likely to spot stone pines, mountain rowans, and other shrubs along with low growing grasses. The alpine tundra zone features sweeping alpine pastures of low growing grasses and wildflowers. The tallest peaks feature little to no vegetation.

The endemic Tatra chamois roams the higher elevations in the park and is currently listed as a critically endangered species. Other common mammals include the marten, fox, wolf, Eurasian brown bear, Eurasian lynx, and the alpine marmot.

Humans have inhabited sections of present-day Slovakia for hundreds of thousands of years. Remnants of stone tools have been found in western Slovakia, dating back to the Middle Paleolithic era (200,000-80,000 BCE).

Throughout the Bronze Age, Slovakia went through various cultural changes spanning from 2,000-800 BCE. As the Čakany and Velatice cultures disappeared, the Lusatian began to thrive. This culture was centered around both agriculture and trade, along with the production of copper.

At the height of the Roman Empire, modern-day Slovakia was home to a series of Roman outposts. Throughout the third to seventh centuries, the Huns began to invade parts of the country, occupying Pannonia, which included various countries that now surround the Mediterranean Sea.

During the fifth century the Slavic tribes settled in present-day Slovakia. This region was the base for the Samo empire in the seventh century and later the Slavic state referred to as the Principality of Nitra in the eighth century. Along with nearby Moravia, they formed the core of the Great Moravian Empire.

Following the fall of the Great Moravian Empire, the region became part of the Kingdom of Hungary. After centuries of internal struggle, the Hungarian state was later consolidated. Academia Istropolitana was established in 1467, marking the first university of Slovakia.

After the fall of the First Polish Republic, the land borders between present-day Poland and Slovakia were difficult to define. These land disputes would continue for over 100 years, reigniting after the end of the First World War.

In 1925 the countries of Poland and Slovakia agreed upon a border with a treaty facilitated by the League of Nations. Another treaty in 1958 put an end to further disputes, reinforcing the border agreed upon in 1925.

Following the end of World War II, Slovakia established Tatra National Park in order to protect the beauty and biodiversity of the region. The national park was established in 1949 and marks the oldest in the entire country.

Poland would later establish its own national park in 1954 to protect their section of the Tatra Mountains. In 1992 the two parks became part of a UNESCO Biosphere Reserve. Today Slovakia’s Tatra National Park features 600 km (373 miles) of hiking trails.

Tatra National Park is home to a plethora of hiking trails showcasing the stunning mountain landscape. Here are some of the most popular trails in the park:

This hike is one of the most popular trails in the park. Hikers begin by climbing through the pine forest while passing along sweeping vistas of the surrounding valleys and mountains. Major viewpoints include Solisko Mountain ridge and Ostrva Mountain.

After climbing, the trail descends to Popradské Lake. Once at the lake hikers will spot the Majláthova Mountain hut which offers refreshments before returning to the trailhead. Round trip this route is 9.6 km (6 miles) and features 335 m (1,099 feet) of total elevation gain.

This alpine hiking route takes visitors to the summit of Rysy, a mountain peak situated along the border between Slovakia and Poland. A majority of this route lies above the treeline, beginning near flowing streams and low growing shrubs.

After a gradual climb, the trail steepens to follow along the rocky ridgeline up to the summit. Some scrambling is required to reach the summit so hikers should wear sturdy footwear. This out and back trail is 10 km (6.3 miles) long and features 855 m (2,805 feet) of elevation gain.

This out and back trail lies in the eastern stretches of the national park. The trail climbs gradually throughout, transitioning through forested hillsides, alpine meadows, and rocky cliffs before reaching the quaint alpine lake.

Situated in the White Water Valley, the trail passes along numerous creeks and streams throughout. This hike is 15 km (9.5 miles) round trip and features 632 m (2,073 feet) of total elevation gain.

Looking for a place to stay near Tatra National Park? Here are some of the best cities and villages to check out near the range:

Poprad lies south of the national park, situated in the foothills of the High Tatras Mountains. Known as being a gateway into the park, Poprad is home to around 50,000 residents and marks the tenth largest city in the country.

Prešov lies southeast of the national park, marking the closest major city. Home to around 110,000 residents, Prešov marks the third largest city in the country. Historic buildings can be found in the Town Monument Reserve, centered around Hlavná ulica street.

Some of the popular sites in the city include the Slovak National Museum of Ruthenian Culture, Solivar Museum, and a wine museum, along with numerous art and design galleries. Prešov also marks the center of the historic region of Šariš.

The Torysa River runs through the city which lies within the Košice Basin. Various mountain ranges and hills surround this expansive basin, providing visitors with easy access to Tatra National Park and other protected areas. 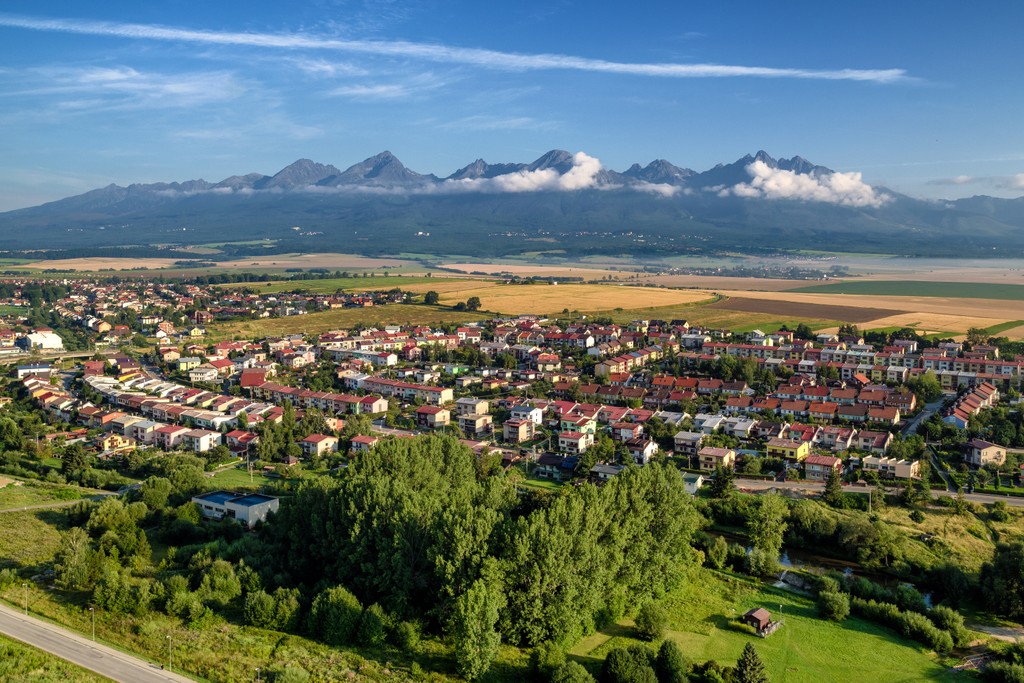 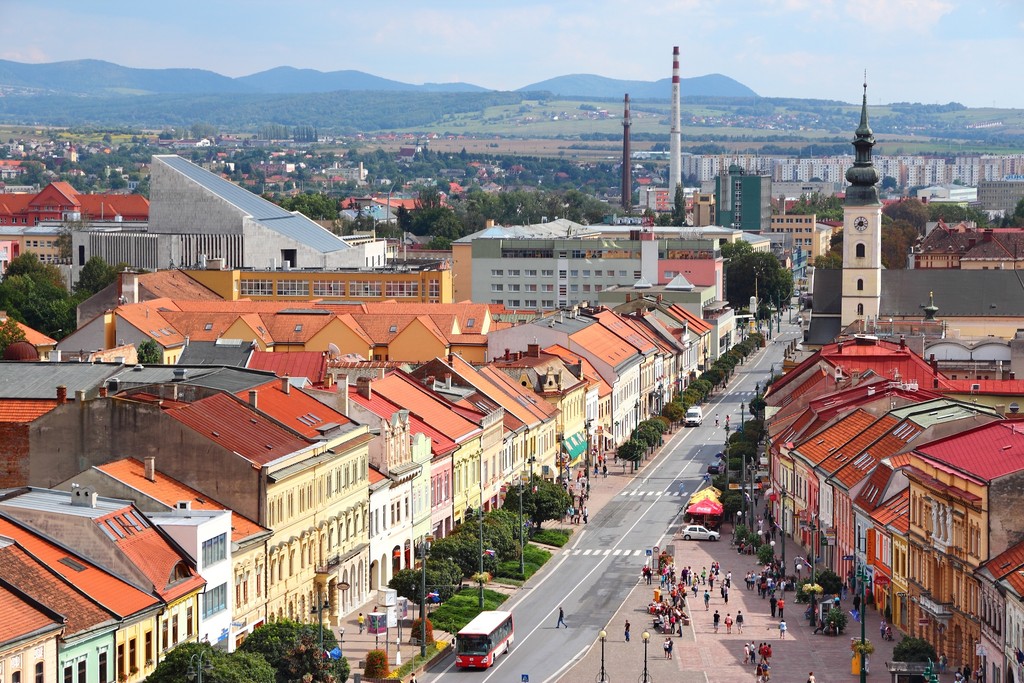 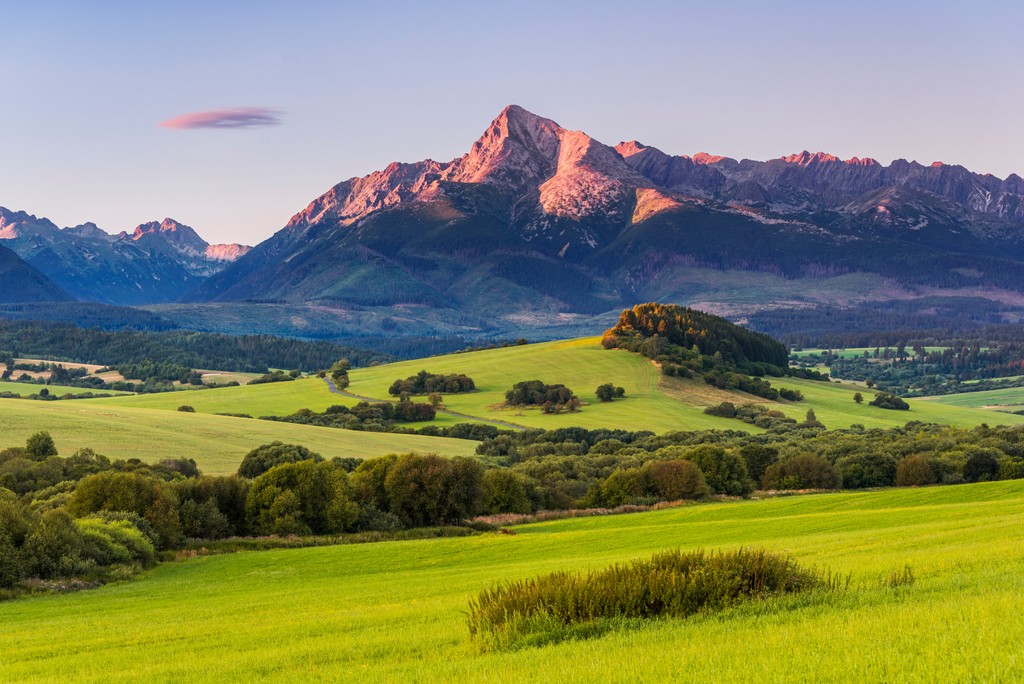 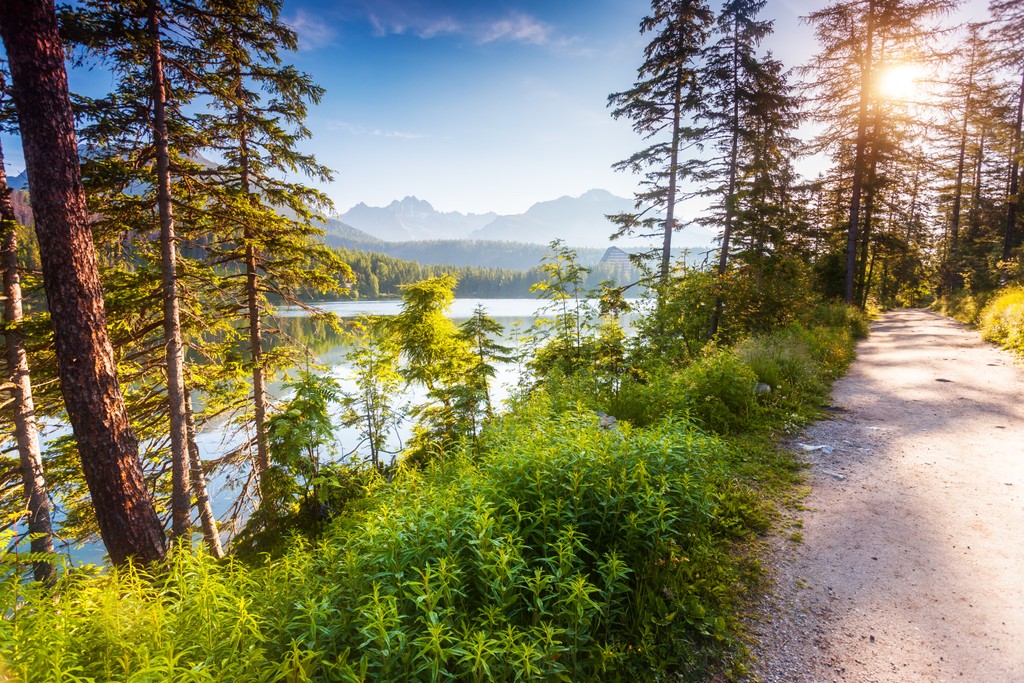 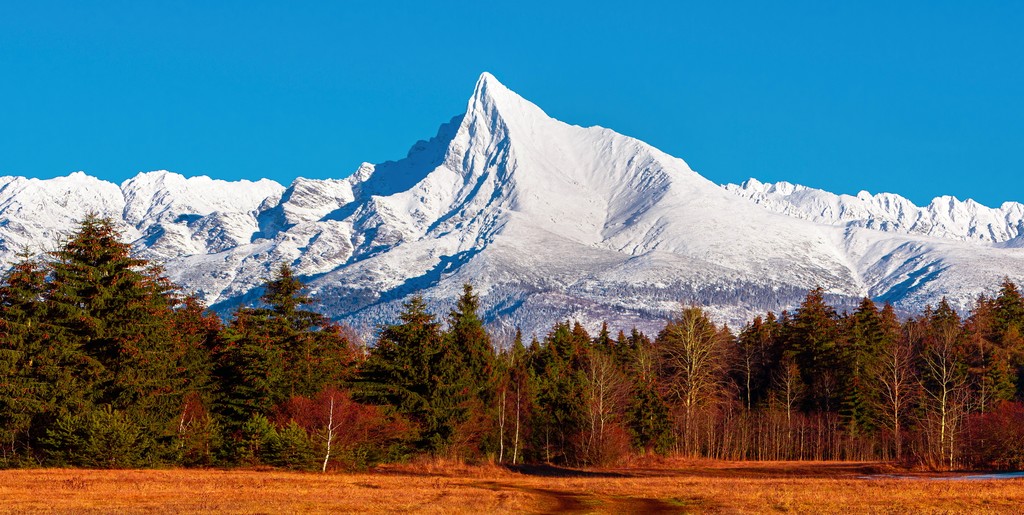 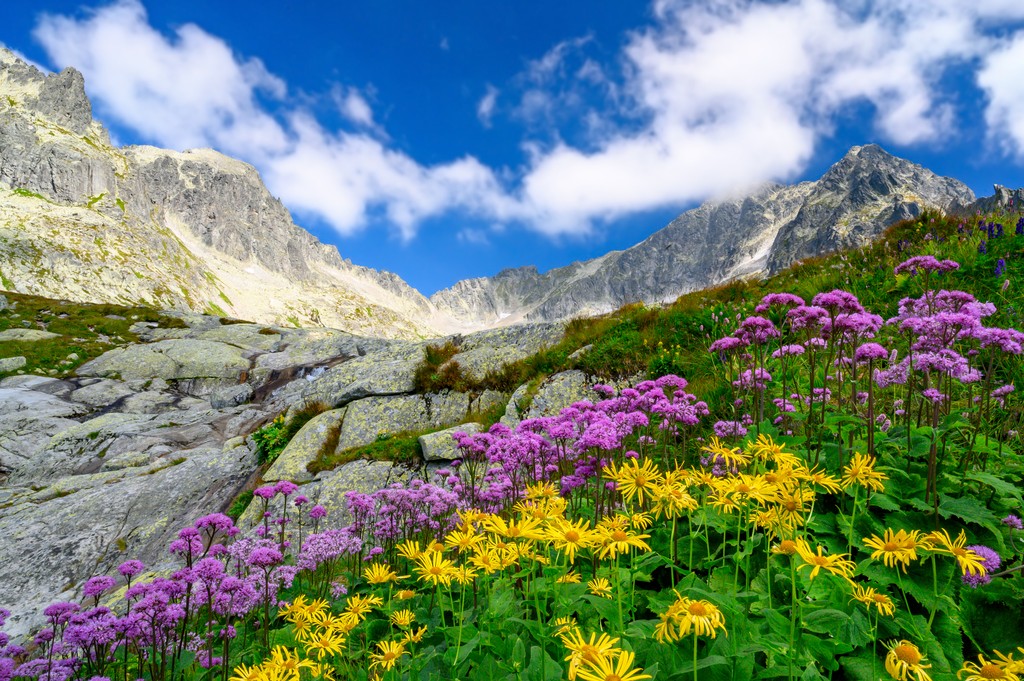