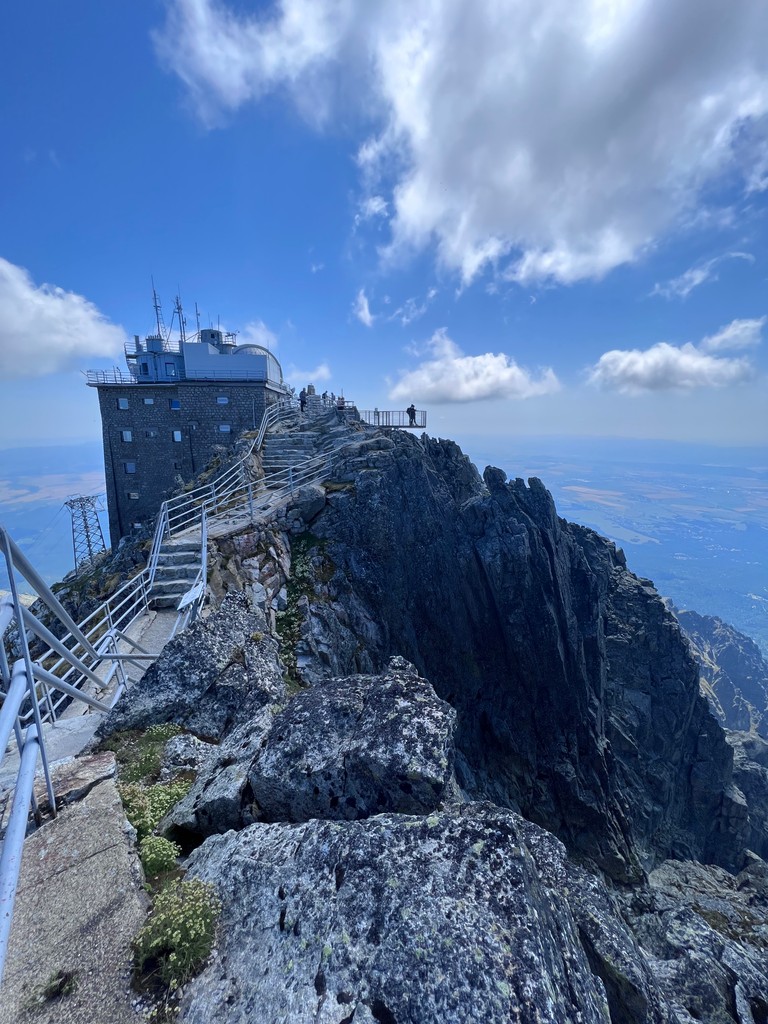 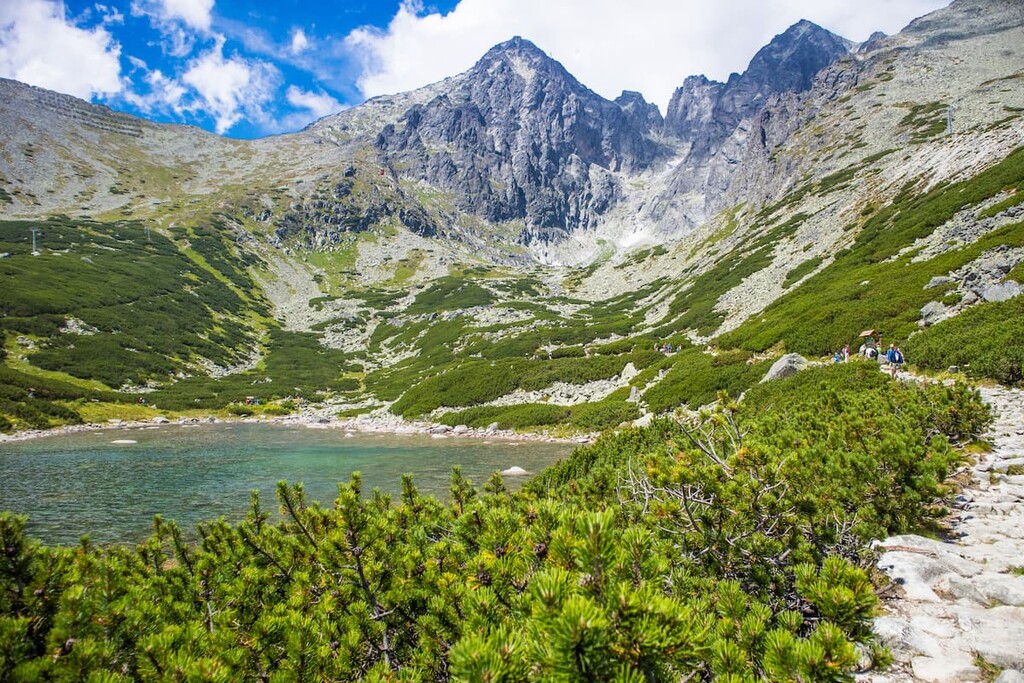 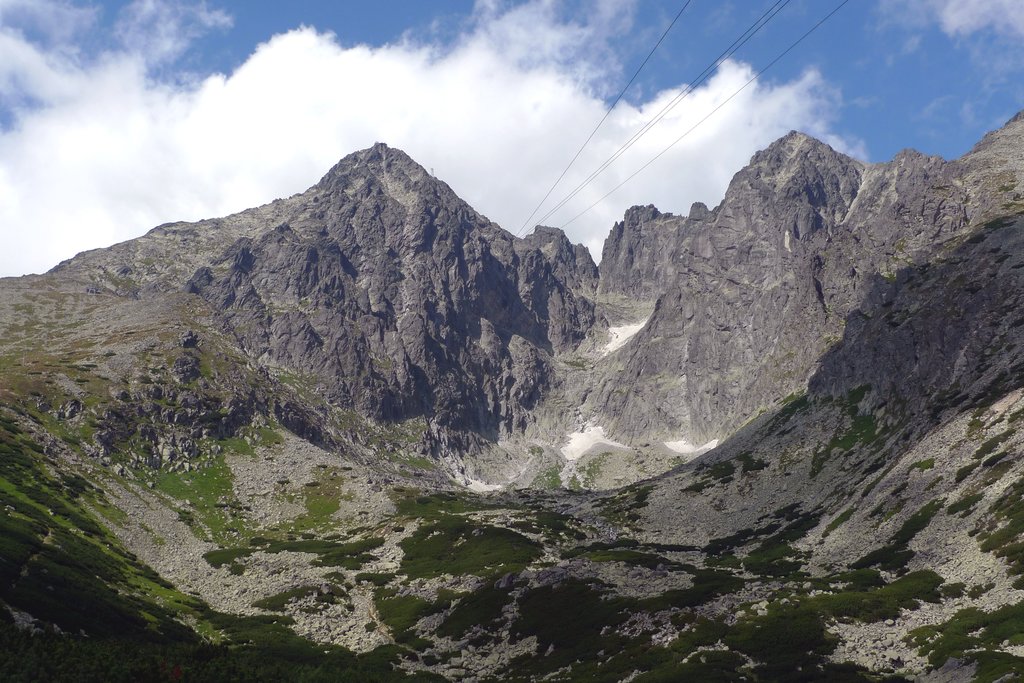 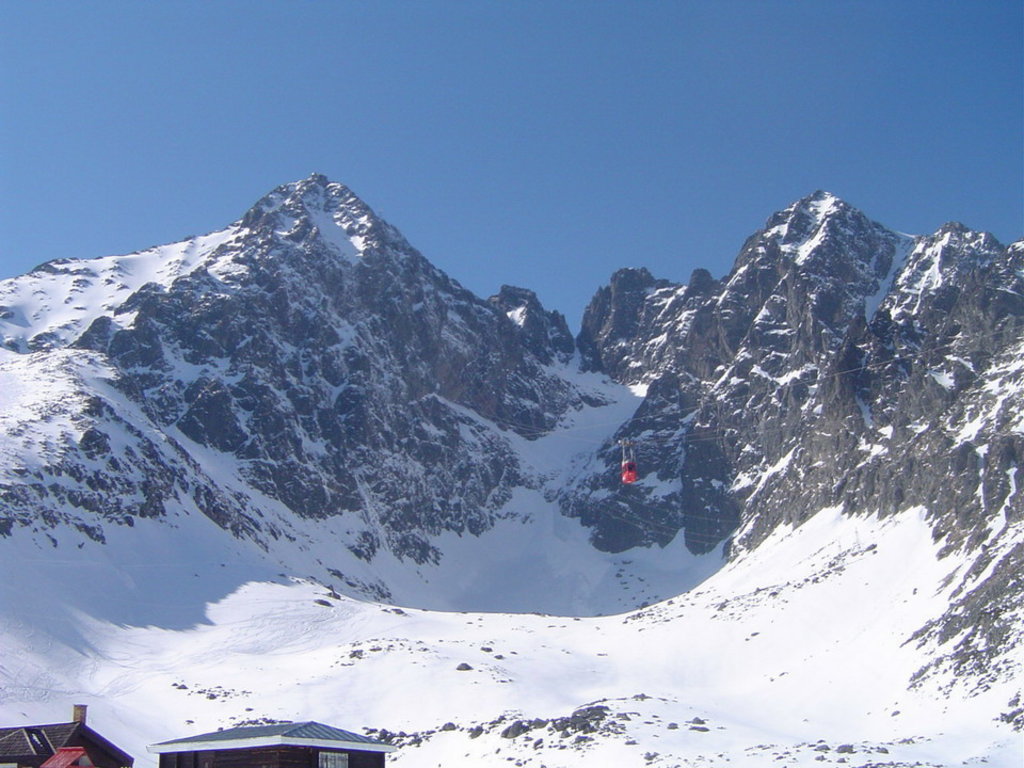 Show 4 photos
Add photo
2 634 m
Elevation
Elevation is the altitude of a place
above sea level.

448 m
Prominence
Peak’s prominence is the least
vertical to be covered to get from the
summit to any other higher terrain.

Lomnický štít (English: Lomnica Peak or Lomnický Peak) is one of the highest and most visited mountain peaks in the High Tatras mountains of Slovakia. Connected by cable car [1] to Tatranská Lomnica, its summit is 2634 metres above sea level, making it the second highest peak in the High Tatras after Gerlachovský štít (2654 m).

In the past, Lomnický štít was called Dedo ("Grandpa"). Before the 19th century, the peak was also thought to be the highest of all.

Since 1940, tourists have reached the peak by cable car, which was the most modern in Europe at the time of opening. They are allowed to stay on the peak for 50 minutes. The cable car system is normally closed in the month of May for annual maintenance. It is also possible to climb the peak from Lomnický Saddle, but this is only permitted with a mountain guide.

There is a solar observatory and weather station permanently manned year round at the terminus of the cable car.
There's a trail leading to the summit.

49.163593 N   20.135055 E
Nearest Higher Neighbor
Gerlachovská veža - 6.7 km WSW
El: 2 642 m / Prom: 31 m
Check out a downloadable 3D model of Lomnický štít area. A higher resolution model can be found in the PeakVisor mobile app.
Do you have photos of Lomnický štít or know something about it? Please let us know!