Romania
4
Mountains with prominence of 1 ⁠500 ⁠m / 4 ⁠921 ⁠ft or more.
Highpoint

With over 3,825 named peaks, Romania has a great variety of high altitude landscapes. The tallest peak of the country is Moldoveanu, in the Făgăraş range, with 2,544m in height. 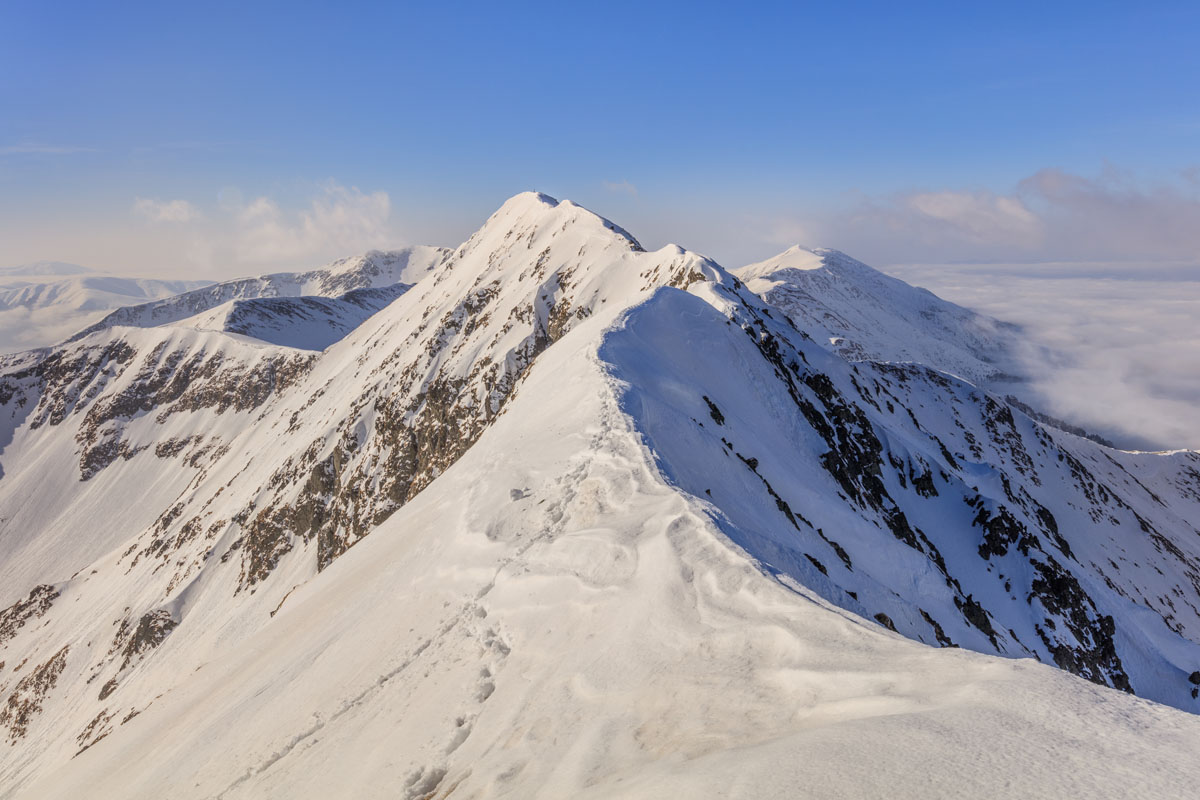 The southern part of the Carpathians, a mountain range that stretches over seven countries, shapes 35% of the country. The percentage of mountains, hills and plains is almost the same across Romania(35%, 35%, 30%), making the landscape proportionate and with a symmetric arrangement.

The Carpathians form an arch across Romania, defining most of the country's geography. The Western, Southern and Eastern (Romanian) Carpathians flank the Great Plateau of Transylvania. On the outside of the arch, plateaus and hills make the transition towards great plains.

All across the mountain areas, there is a great number of lakes and waterfalls, whether glacial lakes, sweet water lakes or large man-made ones for hydrological purposes. The volcanic lakes Sfânta Ana,Bâlea, Călţun, and Bucura glacial lakes, as well as Bigar, Vânturiş and The Horses waterfalls, are all spectacular features of the Carpathians.

While the center of the country has some beautiful, wild ranges (the Piatra Craiului, Bucegi, Făgăraş), in the South-East we see the altitude slowly descending: sub-carpathic hills, plateaus and great plains that end up in the Danube Delta, one of the richest ecosystems in the Eastern Europe and also an UNESCO site.

This region has mountain ranges of medium altitude, just above 2000m, and also the most volcanic mountains in the country. Some prominent ranges are the Călimani, Hăşmaş, Vrancea Mountains, Ciucaş, Postăvaru, Piatra Mare and the Baiului. This is one of the wildest regions of the country, with thick, dense forests and large amounts of wildlife. Backcountry skiing is a delight here due to never-ending alpine pastures that make most of these not so high mountains. The tallest peaks from the range are Pietrosul Rodnei (2,103m), Pietrosul Călimanilor (2,100m),Neamţu (1,923m), Piatra Mare (1,844m) and Ocolaşul Mare (1,907m).

The region has some of the tallest and wildest mountains in the country, being labelled as the Transylvanian Alps due to the massiveness and unique features of the Făgăraş mountains.

This is where some of the biggest conservation and wildlife NGOs work to preserve the habitat, such as the Carpathia Foundation. Its mission is to protect some areas of the Făgăraş mountains, under the name of Carpathia Wilderness Reserve. Two other ranges, Bucegi and Piatra Craiului, are entirely classified as natural parks.

This area is in the west of the Transylvanian plateau, and the main feature of the mountains here is discontinuity. The altitude is medium-low and one can find here many wild gorges of various sizes, a variety of geological formations and rocks. This is where the largest, deepest caves in the country can be found (Urşilor, Vântului, Scărişoara - the biggest ice cave in the country), as well as explored as part of organized groups.

The three main ranges, the Apuseni, the Banatului, and the Poiana Ruscă, have a multitude of mountains of which the most spectacular are Semenic, Aninei, Metaliferi, Muntele Mare and Vlădeasa.

This group is one of the most spectacular of all Romania, due to its great walls, steep valleys and knife-blade ridges, a magnet for alpine climbers and mountaineers alike. The conglomerate in Bucegi and its huge walls are the country’s favourite playground for adventure multi-pitch climbing, with a couple of thousands of vertical routes. The access to the massif is made easy because of cable cars from both Sinaia and Buşteni. Above Sinaia there is a large ski resort with slopes that cover some of the east faces of the massif.

Another jewel of the group is Piatra Craiului, a difficult but spectacular mountain made out of the whitest limestone and with sharp ridges, towers and wild, difficult to access terrain.

The Făgăraş mountains are the highest and the most difficult for winter mountaineering in the whole country. The access is also difficult, often taking a whole day to get near the range. With 70 km in length and 45 km wide, this is one of the largest mountainous areas in the southern Carpathians. Its highest peak, Moldoveanu, is 2,544m tall, but the range has other seven peaks that exceed 2,500m.

The range is popular for the long hikes along its ridges, spectacular valleys, ice climbing in Călţun wall and on Negoiu icefalls, off-piste skiing at Bâlea lake, range traverses and difficult north ridges winter ascents.

Other notable ranges from the Southern Carpathian ares:

Ceahlău, Călimani and Hăşmaşu Mare are parts of this range that are worthy of any mountaineer’s checklist. Although of medium altitude, they are diverse enough for climbing (Ceahlău), ski touring and hiking, especially in summer. Some of the notable peaks are Pietrosul Călimanilor (2,100m), Hăşmaşul Mare (1,792m) and Ocolaşul Mare (1,907m).

Other notable ranges from the Western Carpathians:

The maximum altitude of this range is 1,849m, on the peak Piatra Goznei in the Semenic Mountains. Remote, beautiful gorges make an attraction for tourists, such as Nerei, Turzii or Caraş Gorges. These are great places for kayaking, hiking and even adventure, especially in Turzii Gorges, the most complex climbing area in the East of Romania. In winter, backcountry skiing is a must just up in the North, in the Vlădeasa, Muntele Mare or Trascău Mountains. Among the most visited peaks there are Padeş (1,382m), Găina (1,486m), Muntele Mare (1,826m), Vlădeasa (1,836m).

Other notable ranges from the Eastern Carpathians are:

Taking into consideration the large mammals is paramount when hiking in the country. Take all precautions that are related to protecting you from bear encounters.

Maps can be found in most mountain gear stores and Tourist Info Points are available in the cities near the popular mountain ranges.

The trails all over the country are generally well maintained, but if you know you are about to venture in less popular areas check your itinerary with a local mountain club or guides.

Two types of accidents are most common: injury due to inappropriate behaviour near bears and wandering off the trails in adventure terrain without proper technical equipment or the knowledge how to use it. In winter, check your routes with certified guides and register with the Mountain Rescue service as avalanches in all ranges are common. 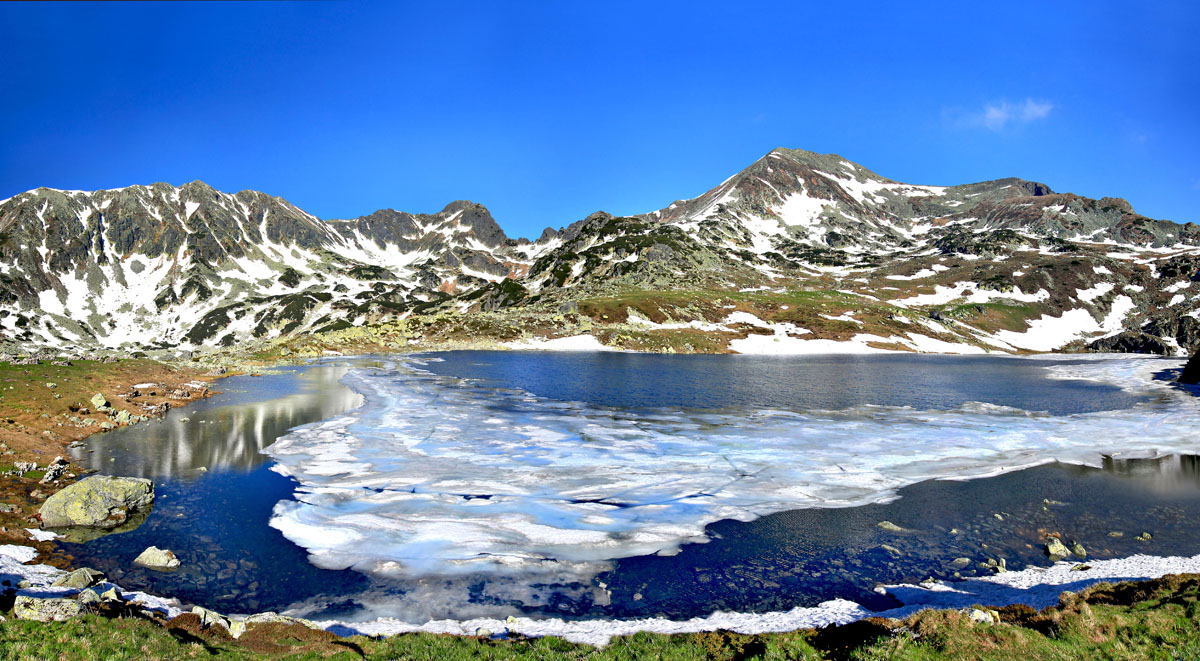 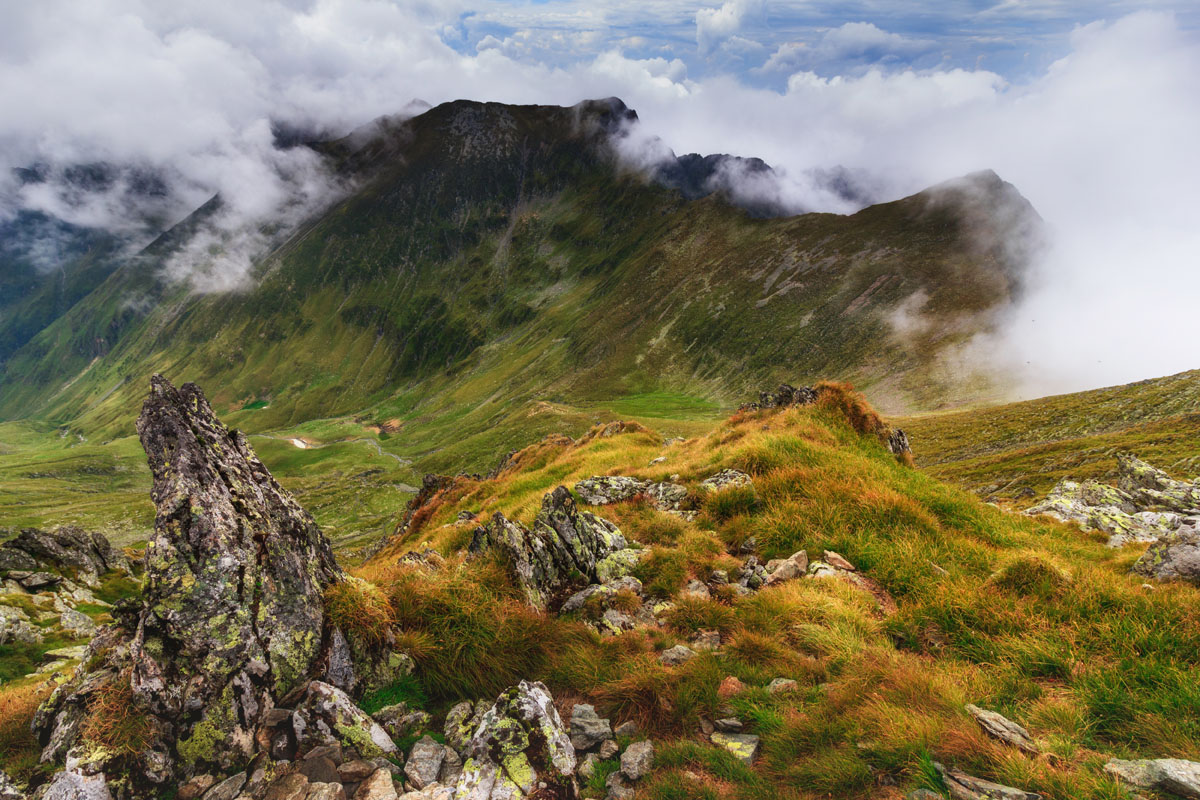 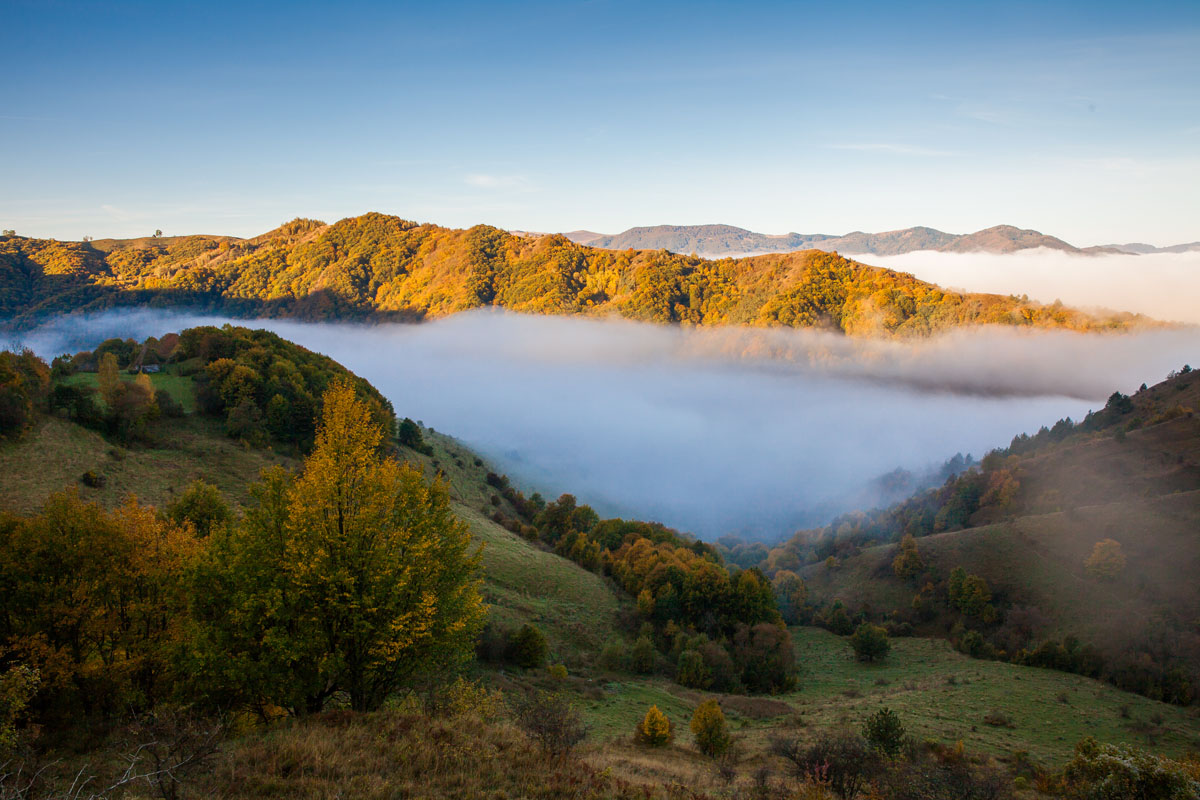 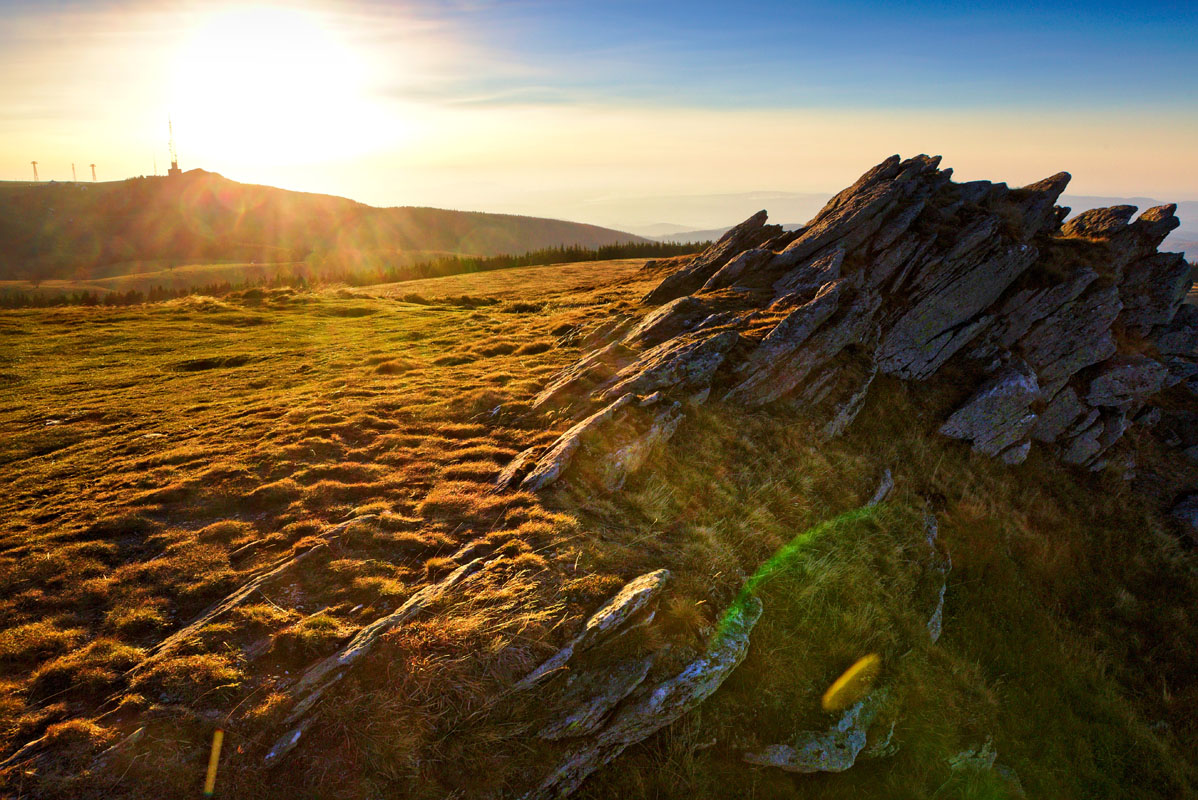 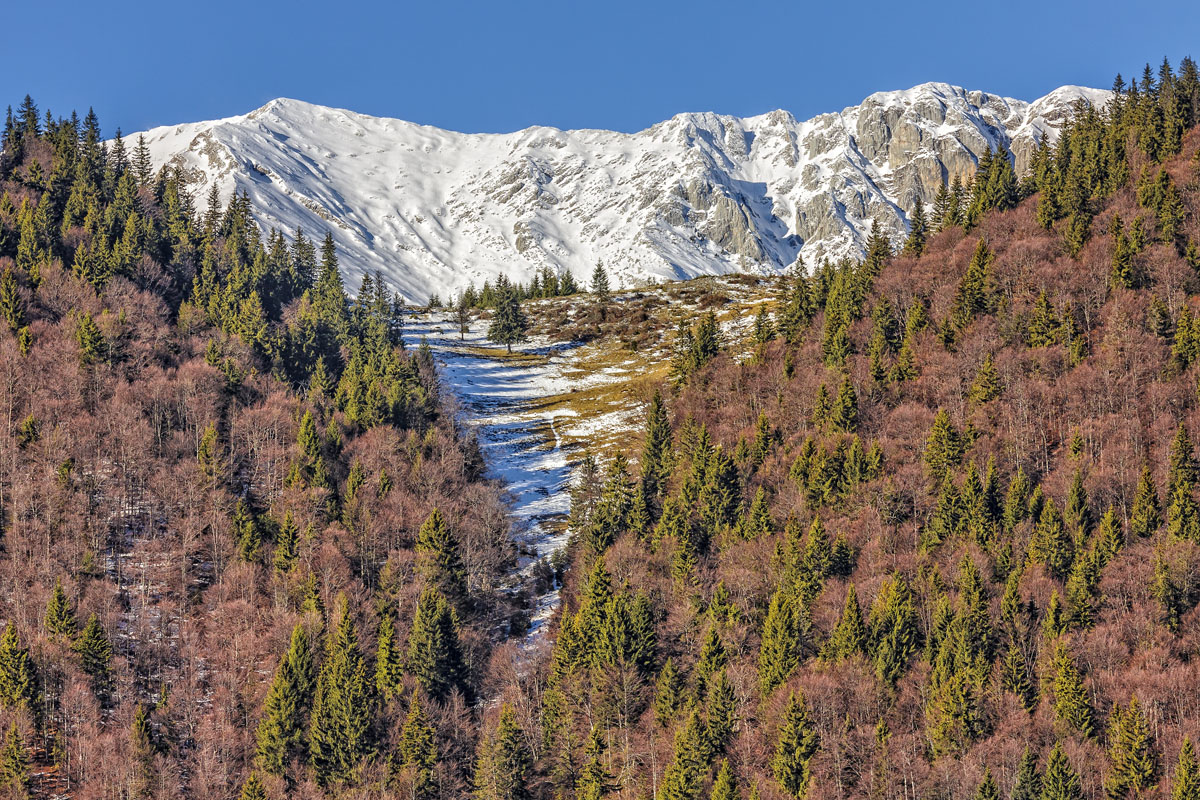 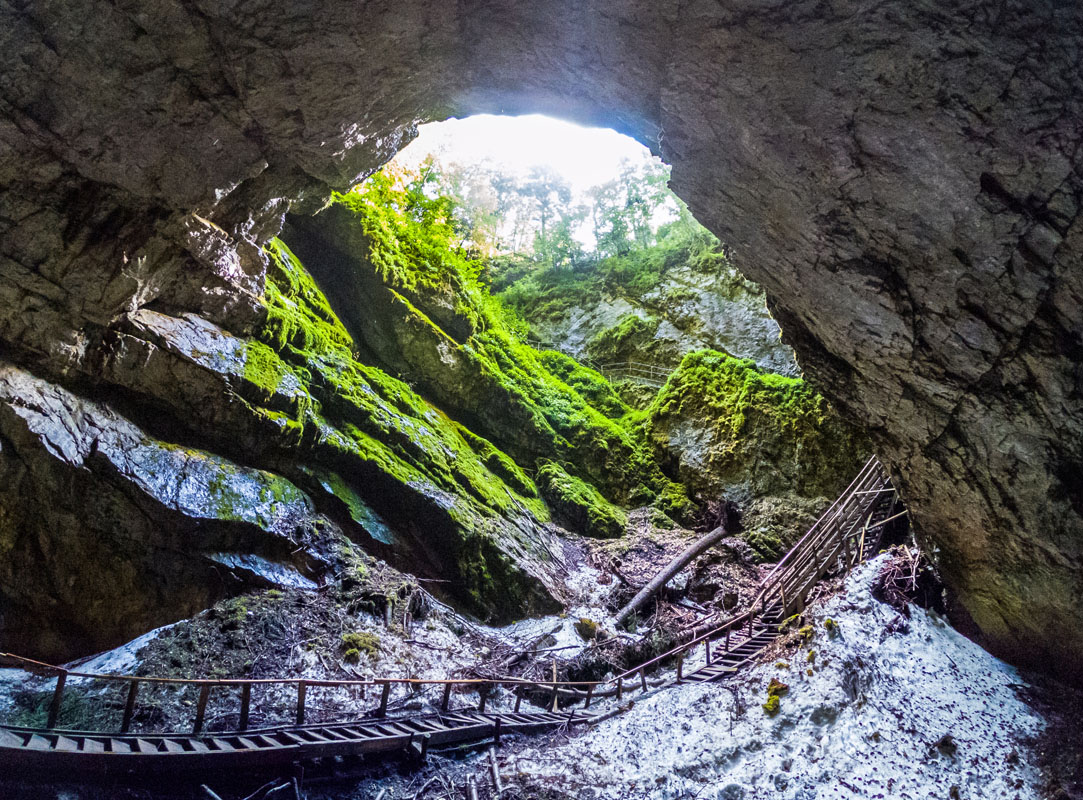