So you are visiting Romania and have a tick-list of the usual suspects: get spooked in Dracula’s castle, feel like a knight in between medieval city walls and enjoy the hospitality of Transylvanian villages. But is it enough to get the true spirit of the country, or are you willing to stretch your limits and go for the ultimate off-the-grid adventure? If the answer is yes, the Făgăraș mountain range will live up to your wildest expectations.

The range is located in the centre of the country, one hour drive from the nearest international airport. With 70 km in length, the Făgăraș is part of the much bigger Carpathian mountains. They span over seven states, with a total length of 1,700 km and a maximum width of 130 km. No less than 51% of the whole range is situated on the territory of Romania.

Of these, Moldoveanu is the highest in the country, which makes it a special treat among mountaineers. The easiest way to access the peak is from Bâlea lake, but don't think it is a walk in the park. The route will take you on some very exposed sectors and tough scrambling on the final ridge, and it may take anywhere between 7 to 12 hours depending on the weather and your fitness.

The Făgăraș range is bordered in the North by the Făgăraș depression, and in the West by the Olt Valley. The two sides are being connected by Transfăgărașan of DN7C, a motorway featured by Top Gear and labelled as “the greatest driving road in the world”. Jeremy Clarkson himself was excited that "apparently all the race tracks in the world have been knitted together here". Of course, you can easily get that impression when driving a Porsche or a McLaren on Transfăgărașan.

Being the highest in the country, with eight peaks of over 2500m, the range is also the largest, covering 3000 square kilometres in size. The main ridge is consistently standing at more than 2000m of altitude for over 50 kilometres, which makes it an impressive achievement. It also takes anywhere between two to seven days to complete, depending on hiking style and chosen access points.

Many parallel secondary ribs are connected with the main ridge, having many peaks higher than average. From over 20 peaks that go beyond 2000m, here are the most popular:Negoiu, Moldoveanu, Vânătoarea lui Buteanu, Dara, Lespezi. There are also several north ridges, powerfully sloped and generally quite difficult, which used to represent the main winter challenge for Alpine Clubs across the country.

The glacial landform of this range is impressive due to its high altitude and has a wide variety of well preserved glacial shapes. Large, U-shaped valleys below sharp ridges and steep walls can be found on both sides of the range. As opposed to this, the range also has river-torrential landform that forms narrow valleys, large pastures, and thick woods.

A multitude of glacial lakes adds to the beauty of the range which you can encounter in glacial saddles or valleys. Depending on the season, a minimum of 30 and a maximum of 70 lakes can be found across the entire Făgăraș range. Bâlea Lake is one of the largest and is a stone’s throw away from the Transfagarasan motorway.

The climate is harsh, with steppe and subarctic characteristics. The rainfall here is the heaviest, with over 1400mm yearly in the alpine area. Most of it turns to snow at over 1900m, thus accumulations in some areas can be over eight meters of snow. Obviously, this massif has the most recorded avalanches in the whole country, so precautions are advised in winter.

Alpine climbs in the massif can be quite dangerous due to the rock itself. A large percent of the range is made of slate, which can get extremely slippery when wet. Some other rigid metamorphic rocks that make up the massif are conglomerate, gneiss and slate.

Apart from that, it is worth mentioning that Romania hosts a large population of big mammals, such as the brown bear, the wolf, the lynx or the wild boar. Given that the brown bear population is the largest in Eastern Europe, cautions need to be taken when hiking. Incidents occur regularly as many tourists take photos or display a careless behaviour near the animals. It is recommended that you announce your presence when hiking and avoid scavengers near the human settlements.

The range is very popular among hikers in summer but there are also winter enthusiasts looking for ice climbs, alpine skiing, heliski and even winter traverses. While the easiest access is done through Transfăgărașan and Transalpina motorways, as well as by cable car (Bâlea Cable Car, 3700m in length over Transfăgărașan road), there are some small cities near the range where hikers can start their journey on marked trails through valleys or secondary ribs.

From Podragu to Moldoveanu Peak

Moldoveanu Peak is the most popular in the range, and this route goes along a part of the main ridge to get to this peak. The starting point is from the city of Victoria, then all the way along the Ucea Mare Valley. Pay close attention, you would have to take a right as the valley gets split in two by the Gârdomanu secondary ridge. You will reach Podragu hut soon after a steep ascent, and you can refresh with water from the nearby lake.

Three peaks are traversed after that, (Podu Giurgiului, Ucea Mare, Viștea Mare) before the final ascent to Moldoveanu. Standing at 2,544m, this is the highest peak in the country, making it the most sought after. The route can be continued towards the Sâmbăta Valley, in a 5-7-hour hike, so you can return to civilisation by descending towards Victoria or Sâmbăta de Sus towns.

Sâmbăta is a well-known touristic area, so before gaining some altitude, you can visit the monastery with the same name, the horse ranch or the Bruckental castle. This valley will impress you with great views of the Sâmbăta and Drăguș ridges, flanking the majestic Bălăceni tower in the background. Whether you plan on camping or sleeping at the Sâmbăta hut, this is a great base camp to get your adventure started.

You can make day trips to some peaks over 2500m such as Dara, Hârtopul or Gălășescu Mare. Longer hikes with great exposure can be made on Mogoș, Sâmbăta or Drăguș ridges. These also represent very challenging and technically difficult winter routes, only recommended if you’re an experienced mountaineer. Moldoveanu Peak can also be reached through Sâmbăta Valley, should you consider a longer hike.

Traversing the entire Făgăraș main ridge from east to west is quite an undertaking. In between Turnul Roșu and Rudărița, the route clocks in about 80km and 850m of elevation. You need to bag eight peaks of over 2500 and you will be successful only if there is good planning, favourable weather and a very good physical condition.

While the record for the entire route is 13h and 18 minutes of mountain running, you will need anywhere between three to seven days depending on your backpack weight, pit stops and walking pace.

Deciding where you will sleep is paramount. Using a bivy sack or a refuge is recommended because, if you plan to use the huts, you will have to descend and ascend daily. This is time-consuming and will add extra days to the traverse. Low food weight, waterproof clothing and proper insulation are critical for completing the traverse. Even in summer temperatures can drop dramatically so you should have gloves and extra layers.

The huts can be found on both the north and the south side, many of them are built on the forest edge (around 1500m), but there are also some at higher altitude: Podragu hut (2,136m), Bâlea Lake hut (2,034m), Viştea Mare refuge (2,310m), Călţun refugeб the most beautiful of them all, located on the ridge mark Negoiu - Balea (2,175m, located at Călţun lake), just to name some of the most popular. The network of huts and refuges can be used to get shelter when making the full traverse of the range, if you do not plan to carry a tent or a bivy sack.

Bear in mind, that huts and accommodation facilities are not uniformly placed, because more tourists flock on the north side. On the southern slopes of the ridge, there are fewer chalets or refuges than on the north, for population centers in the south are too far away from the ridge and there are fewer convenient ways of arriving there.

The chalets and other refuges you might consider as overnight stay or a drop-in are:

Sibiu is a small city in the heart of Transylvania just 70 km away from the range. This is a good starting point if you want to start out from the West or to access by Transfăgăraș road. The city has an international airport and you can easily rent a car if you please. The medieval downtown is a worthy sight, so you can start your mountain adventure straight from the city center.

Once you’ve visited Dracula’s Castle, it’s time to move on. Brașov is a good choice if you plan to reach the Făgăraș range via small villages from the N-W, such as Victoria or Porumbacu. You can get close the range by using back roads, in which case you need a vehicle or be prepared for a 15-20km hike to reach the mountain base. Since you can reach five mountain ranges in less than 50 minutes (by train or car) from Brașov, we highly recommend you explore and plan ahead as there are many peaks and ridges to be conquered in the area. 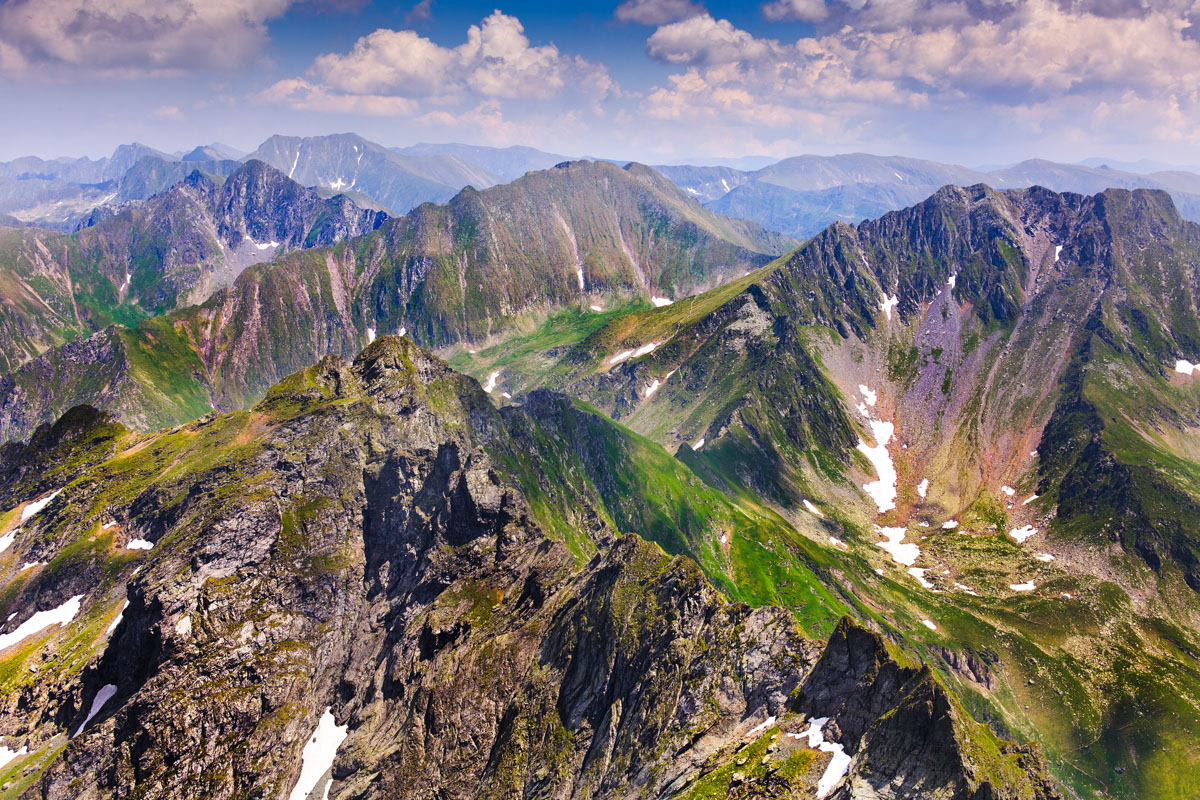 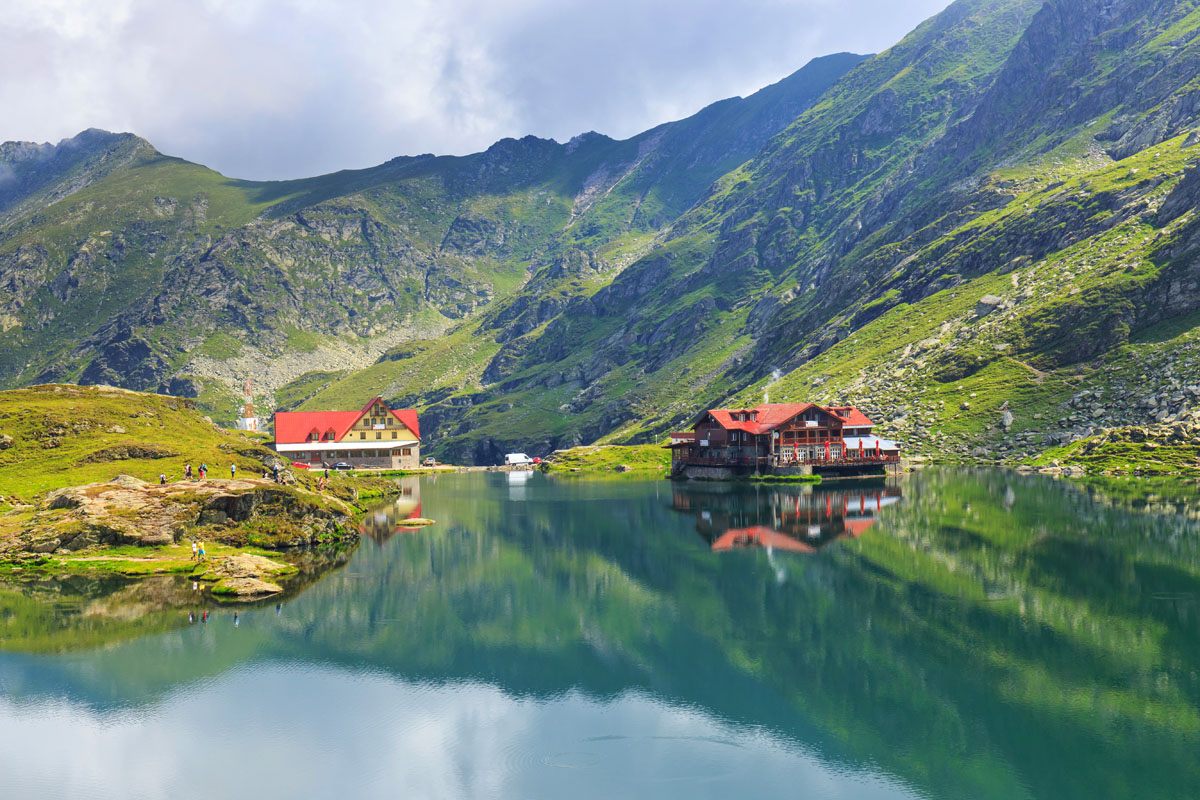 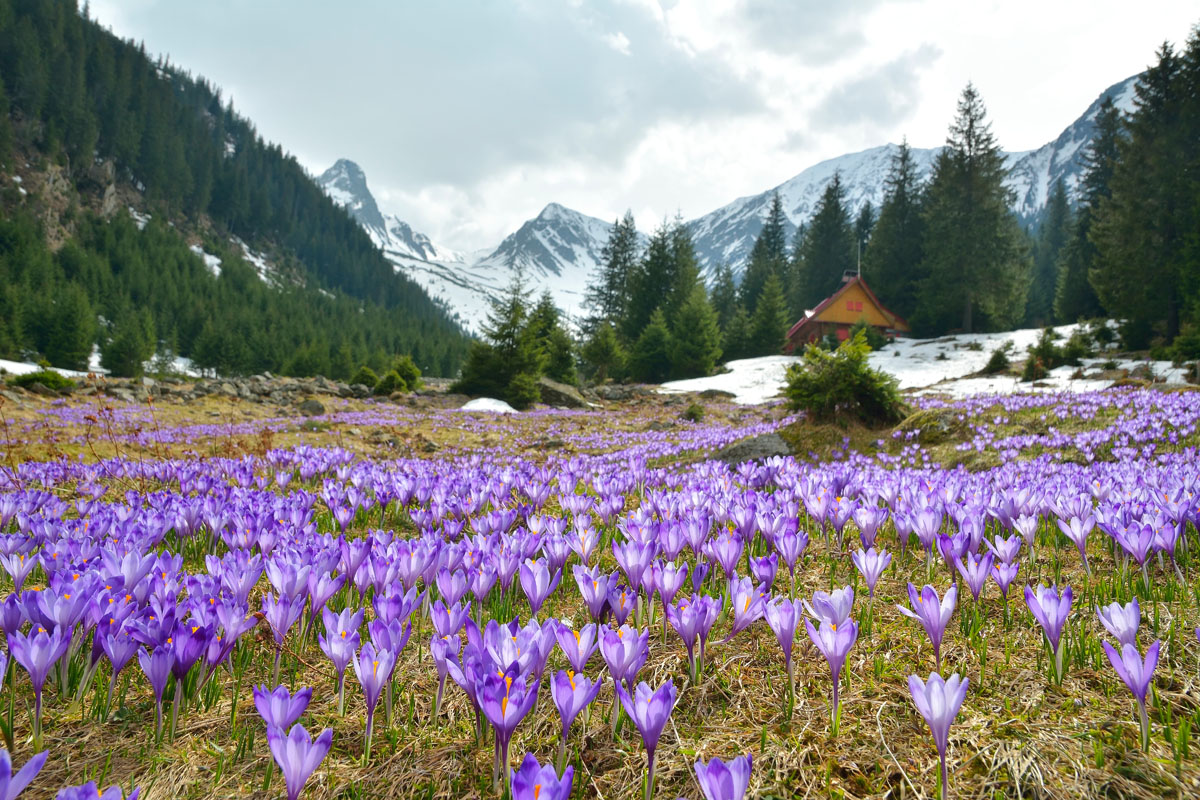 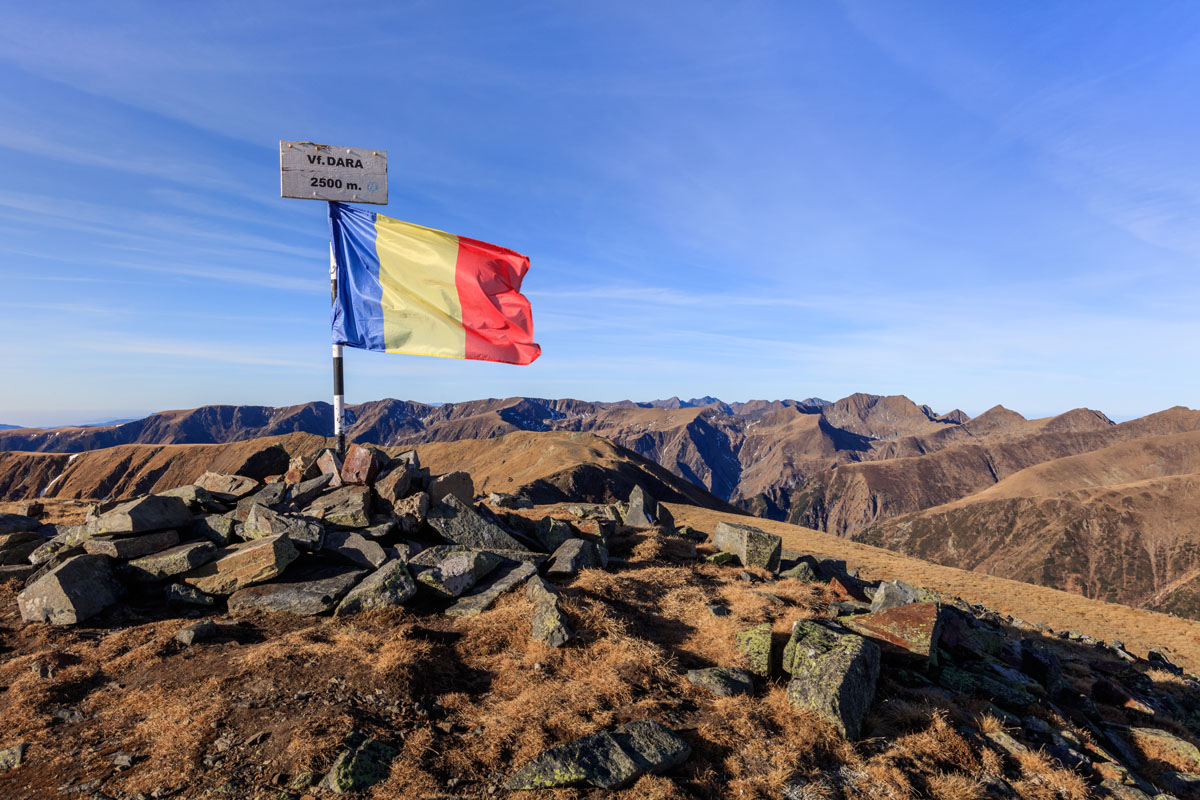 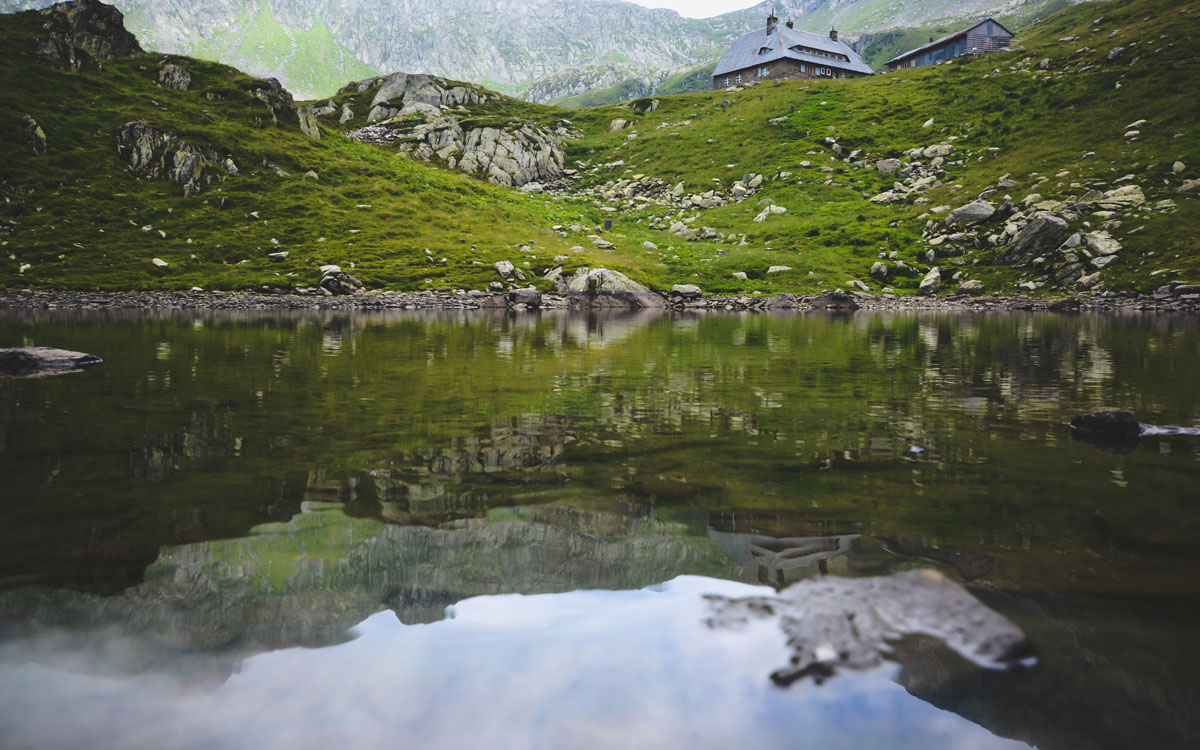 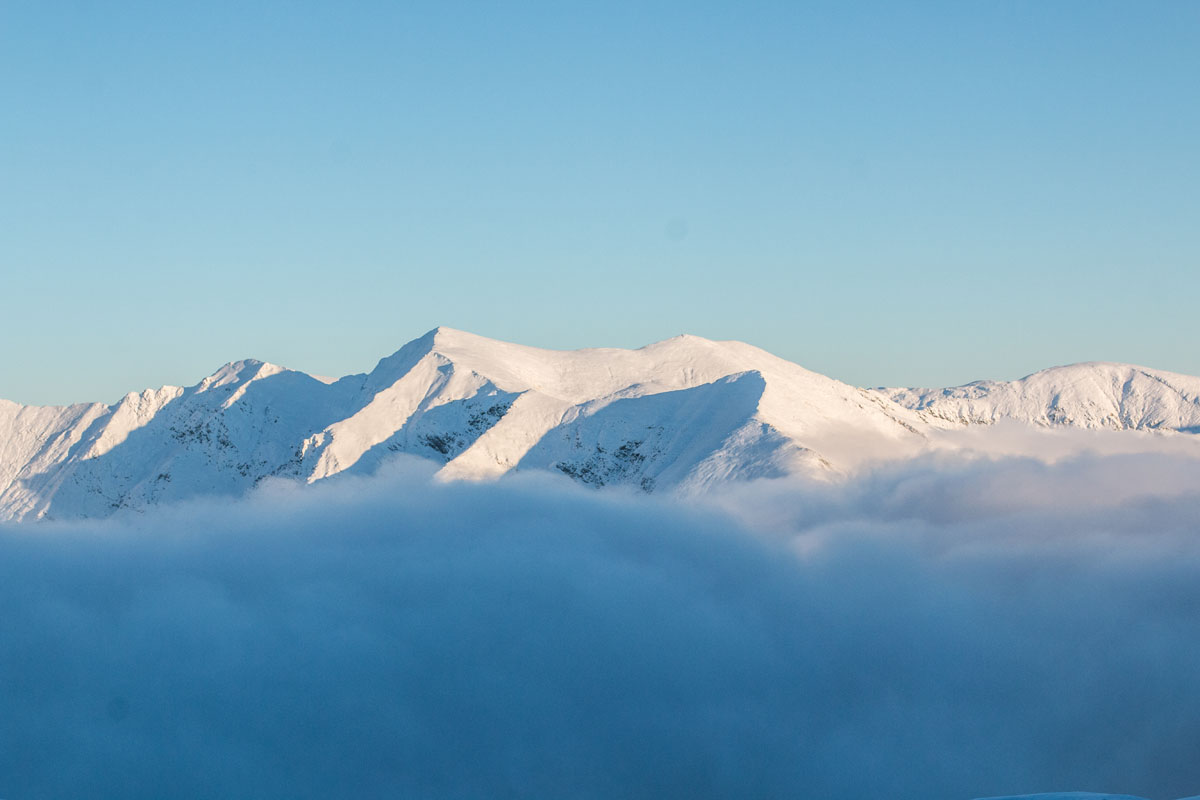 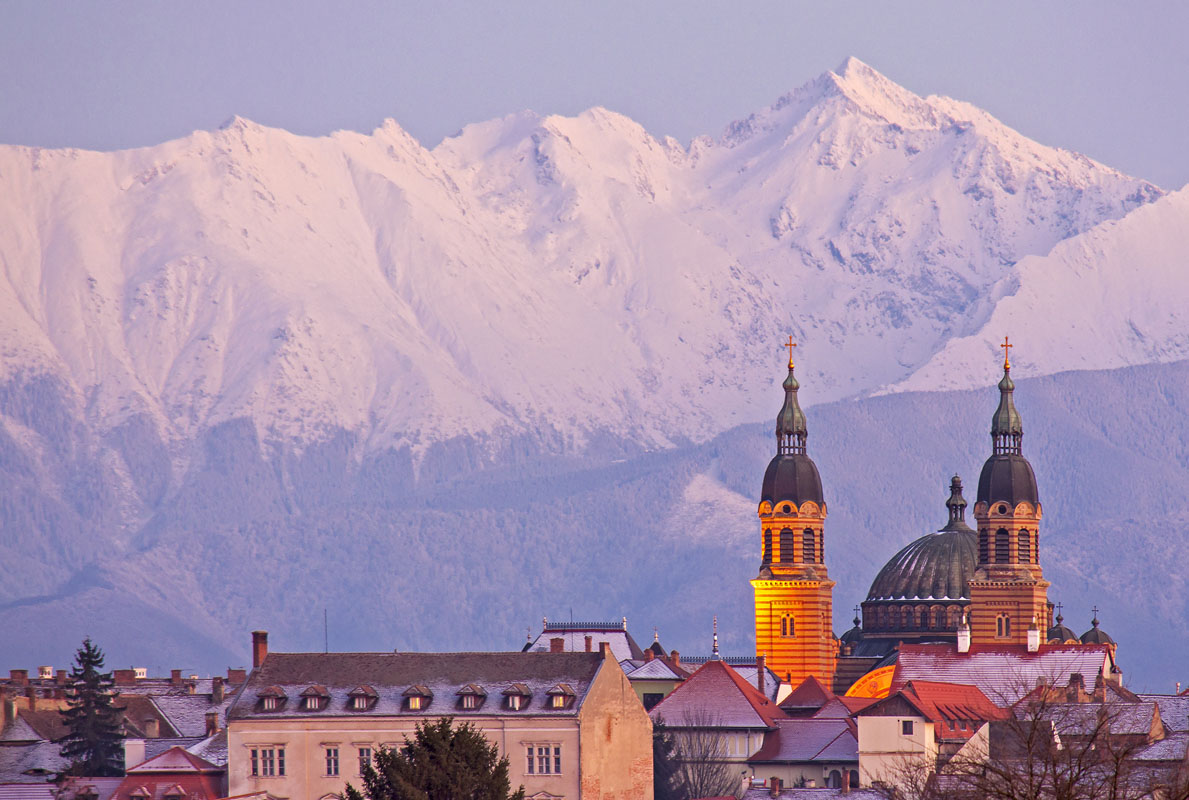