Rising up dramatically from San Francisco Bay and the Pacific Ocean, the Santa Cruz Mountains are a collection of peaks in the US state of California. The range is home to 125 named peaks, the highest and most prominent of which is Loma Prieta (3,798ft/1,155m). 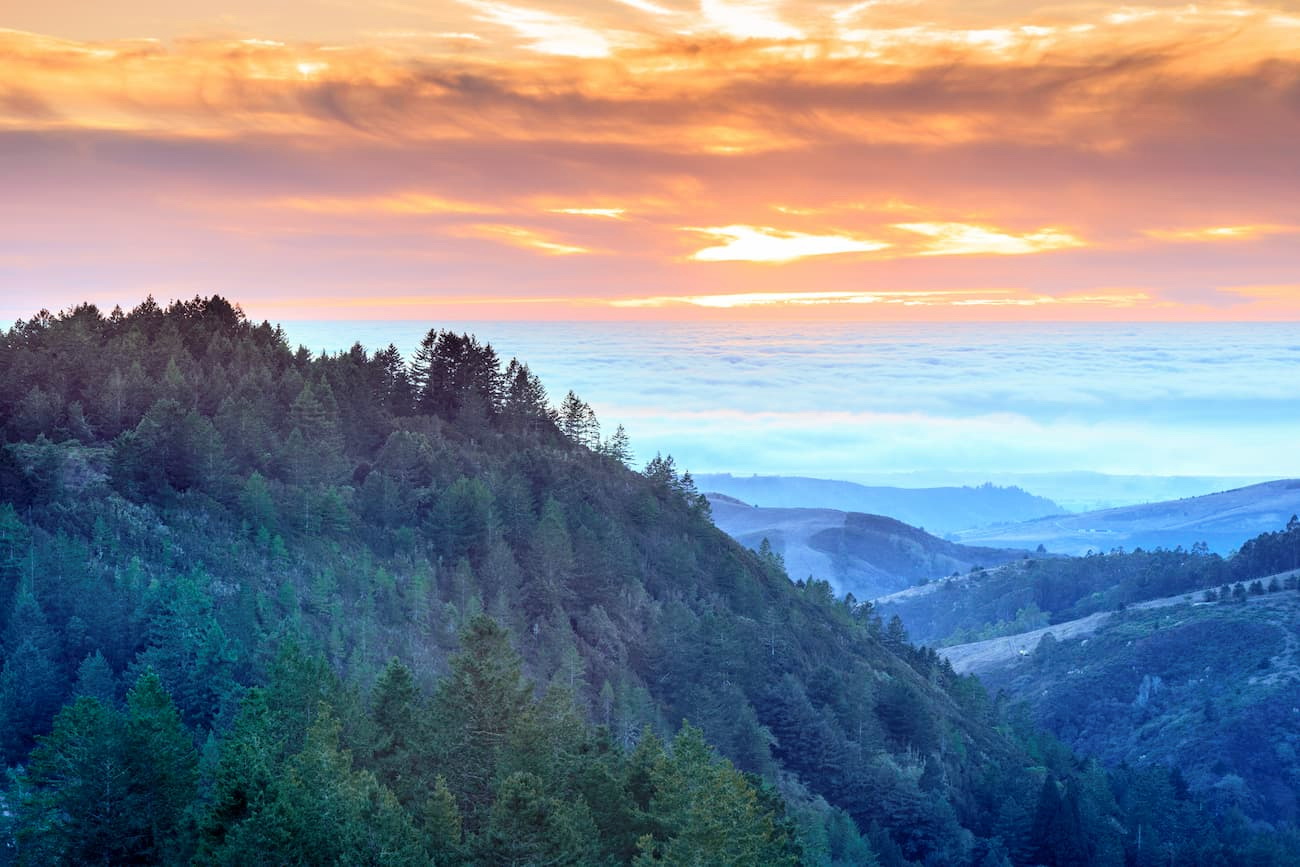 To the east, the range is bordered by US Highway 101, which separates it from Henry W. Coe State Park. The Santa Cruz Mountains are bordered to the south by the Salinas Valley, a natural border between the range and the rugged coastline of Big Sur and the Ventana Wilderness of Los Padres National Forest.

The Santa Cruz Mountains are a part of the California Ranges, which cover most of the coast of southern and central California. Geologically, these mountains were created by compressive uplift along a leftward bend of the transverse San Andreas Fault.

The bedrock of the Santa Cruz Mountains is mostly of the Salinian Block. This block is found in most of the region to the west of the San Andreas Fault system, between the Big Pine Fault and the Nacimiento Fault.

The Salinian Block consists mostly of granites and was formed as part of the same Sierra Nevada Batholith, which created the Sierra Nevada Range. Besides the Salinian Block, the Santa Cruz Mountains also contain various layers of Lompico Sandstone, Vaqueros Sandstone, and parts of the Santa Margarita Formation, which is mostly siltstone and coarse-grained sandstone, as well as mudstone.

Within the range, there are a number of notable peaks, including Loma Prieta Peak, the highest in the range. It was near the epicenter of the 1989 Loma Prieta earthquake, which registered at a magnitude of 6.9 on the Richter Scale and killed 63 people. Other important peaks include Mount Thayer, El Sombroso, Black Mountain, Mount Bielawski, and Mount Umunhum.

For the most part, the Santa Cruz Mountains have a Mediterranean climate, which involves warm, dry summers and cool, more mild winters. But, the region also has some unique weather patterns, thanks to a fairly thick marine layer and temperature inversion that generally forms during the summer months. Moreover, the western part of the range creates a rain shadow that results in dryer conditions within the eastern section of the Santa Cruz Mountains.

The range is home to a surprisingly diverse array of flora and fauna. Interestingly, a significant portion of the range is considered to be temperate rainforest, particularly in valleys. Here, there are coast live oak, coast Douglas-fir, big leaf maple, Pacific wax myrtle, California black pack, and even towering coast redwoods.

Within the range, there are also some isolated stands of old-growth forest, mostly within Henry Cowell Redwoods State Park and Portola Redwoods State Park. Outside of the valleys and the more moist ocean-facing slopes, the Santa Cruz Mountains are covered by chaparral brush, which includes mostly manzanita, chamise, California scrub oak, and chaparral pea.

Additionally, the range sees an abundance of birdlife, as well as plenty of mule deer, bobcats, foxes, and coyotes. Other, lesser-seen animals include black bear, cougars, and Virginia opossums - the only marsupial found in the United States.

The region has seen a number of large fires in recent years, many of which start well before the “official” start to the California Fire Season. These include the 2008 Summit Fire, the 2009 Lockheed fire, and the 2016 Loma Fire, most of which were exacerbated by the low humidity and intense heat waves caused by regular summertime temperature inversions.

The region of the Santa Cruz Mountains and the San Francisco Bay Area has been home to humans for over 10,000 years. The Ohlone were the dominant group of the region, though others, such as the Chochenyo, Karkin, Ramaytush, Yokuts, Muwekma, Coast Miwok, Southern Pomo, Kashaya, Patwin, and Bay Miwok also lived in the area.

Juan Cabrillo, an Iberian sailor, led the first group of Europeans to see the region, during his 1542 sail up the coast of California. However, Cabrillo’s fleet did not make landfall in the area and they actually missed the entrance to San Francisco Bay, a mistake that would be repeated by sailors for over two centuries. After reaching the outlet of the Russian River in northern California, the expedition sailed south again and stopped in Monterey Bay, just south of the Santa Cruz Mountains.

Sebastião Rodrigues Soromenho, another Iberian sailor, landed in Drakes Bay to the north of the region in 1575, claiming the land for Spain. Meanwhile, Sir Francis Drake arrived four years later in 1579, staking a claim for England.

But, the first Europeans to enter the Bay Area didn’t arrive until 1769, when Gaspar de Portola, a Spanish sailor, sailed through the Golden Gate Strait. In the 1770s, the Spanish returned to California, establishing a series of missions to try to forcibly convert the native people to Christianity. Due to introduced diseases, violence, forced labor, and genocide, much of the population of the native people of the Santa Cruz Mountains was decimated by the end of the 1800s.

A few years later, the California Gold Rush brought thousands of people to the region who were all hoping to get rich quick. This spurred a massive increase in the population of the region and resulted in the forced removal of many of the remaining native groups of the Santa Cruz Mountains.

Since then, the Santa Cruz Mountains have become an important source of recreation for residents of the Bay Area. The region is also known as a popular area for vineyards. In fact, it is a legally-defined American Viticultural Area (AVA), having gained that status in 1981.

Here are some of the most popular hiking options in the Santa Cruz Mountains:

Henry Cowell Redwoods State Park is home to one of the last remaining stands of old-growth redwood in the Santa Cruz Mountains. This loop trail is short (under one mile) but offers a fantastic chance to see some towering redwoods in Central California.

Big Basin Redwoods State Park and Castle Rock State Park are located in the central section of the Santa Cruz Mountains and they are home to a great assortment of hiking trails. One of the most popular options is the Skyline-to-the-Sea Trail, which usually takes hikers about 3 days to complete.

The trail is about 25 miles (40.2km) long and starts at Castle Rock State Park and takes hikers through a great collection of old-growth redwood groves. Additionally, the hike involves plenty of waterfalls and views of the surrounding region.

The trek to Mt El Sombroso via the Limekiln Trail is 11.7 miles (18.8km) long. It features beautiful wildflowers and is a popular alternative to the Lexington Reservoir Loop. The trail starts in Lexington Reservoir County Park and then enters the Sierra Azul Open Space Preserve to take hikers to the summit of El Sombroso.

These are some of the best places to stay before or after your trip into the Santa Cruz Mountains:

The city is located at the northern terminus of the Santa Cruz Mountains. It is well connected by road by both I-80, State Route 1, and US Route 101. Additionally, San Francisco has a major international airport as well as good train connections around the state.

San Jose is located to the east of the Santa Cruz Mountains at the southern edge of the San Francisco Bay. It is often considered the cultural center of Silicon Valley and it has a population of over 1 million people, making it the third-largest city in California.

San Jose is one of the wealthiest cities in the United States and has one of the highest costs of living in the country, thanks to its booming tech industry. The city has regular train service to other major hubs in California, as well as an international airport. Additionally, San Jose is well connected by various freeways, which offer good access to the Santa Cruz Mountains.

Santa Cruz is a bustling city of over 64,000 people located along the Pacific Coast, just south of the Santa Cruz Mountains and along the southern edge of Monterey Bay. It is a popular tourist destination and is home to the University of California, Santa Cruz.

These days, the city is a popular place to visit for beach lovers and it is connected to the rest of the state by Highways 1 and 7. Amtrak and Greyhound also offer bus connections to Santa Cruz from San Jose, the nearest city with a train station or airport. Santa Cruz offers unparalleled access to the southernmost part of the Santa Cruz Mountains. 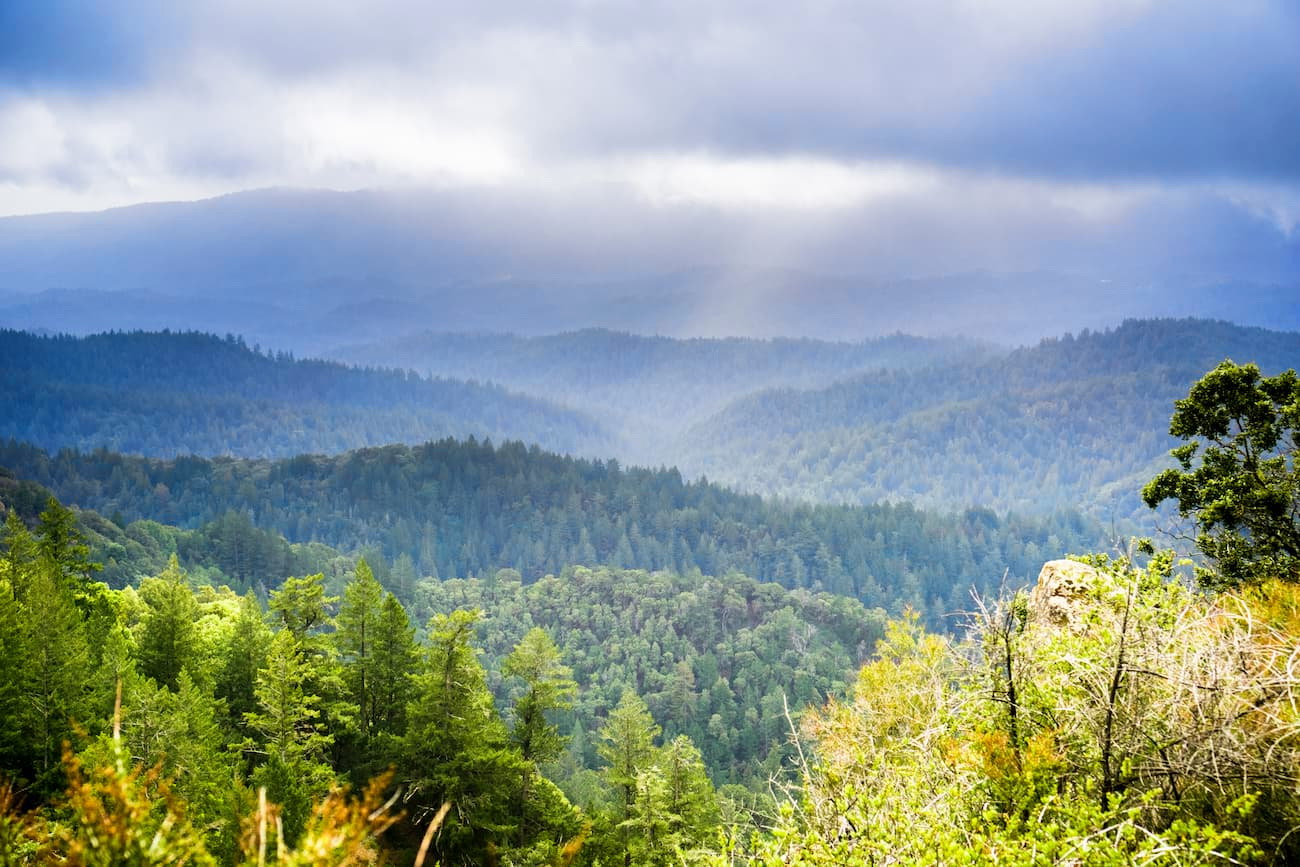 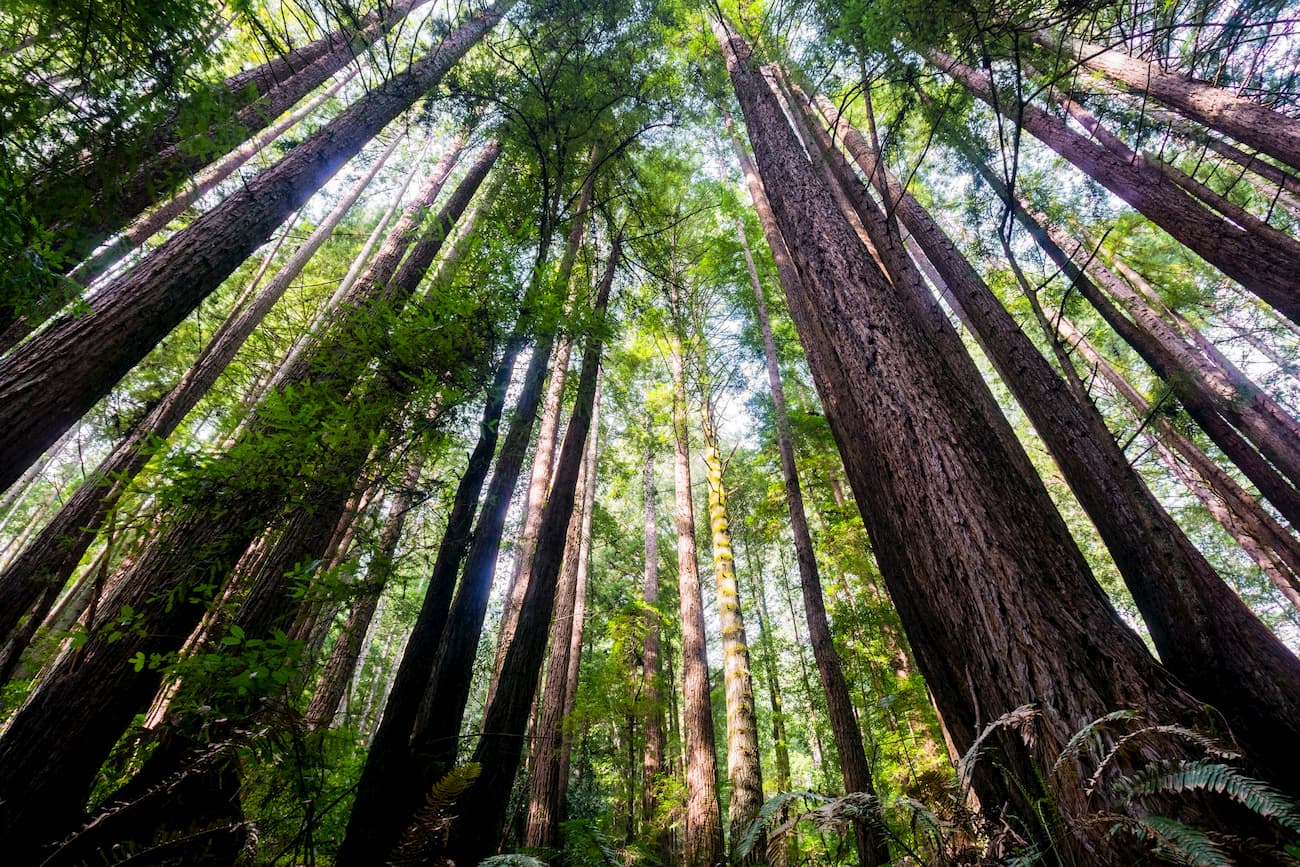 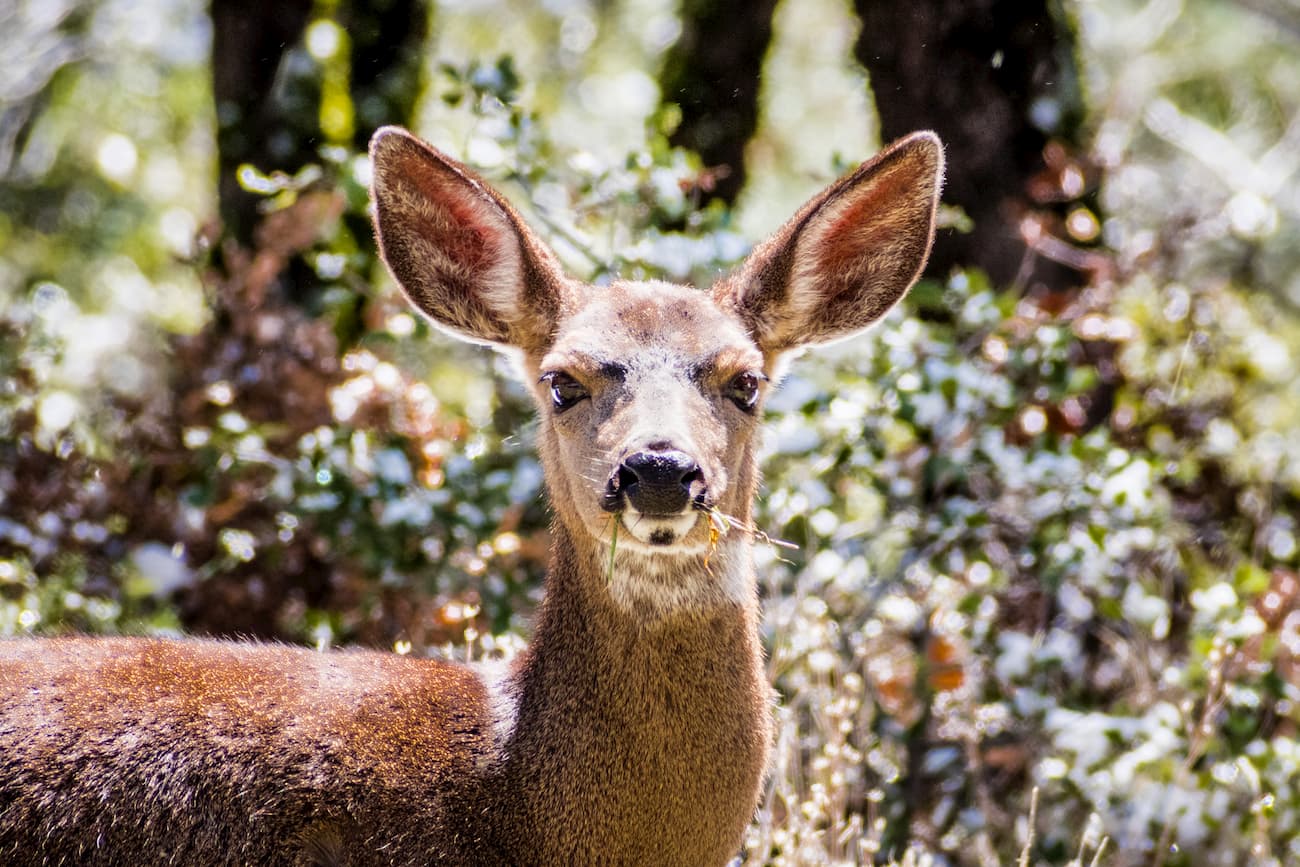 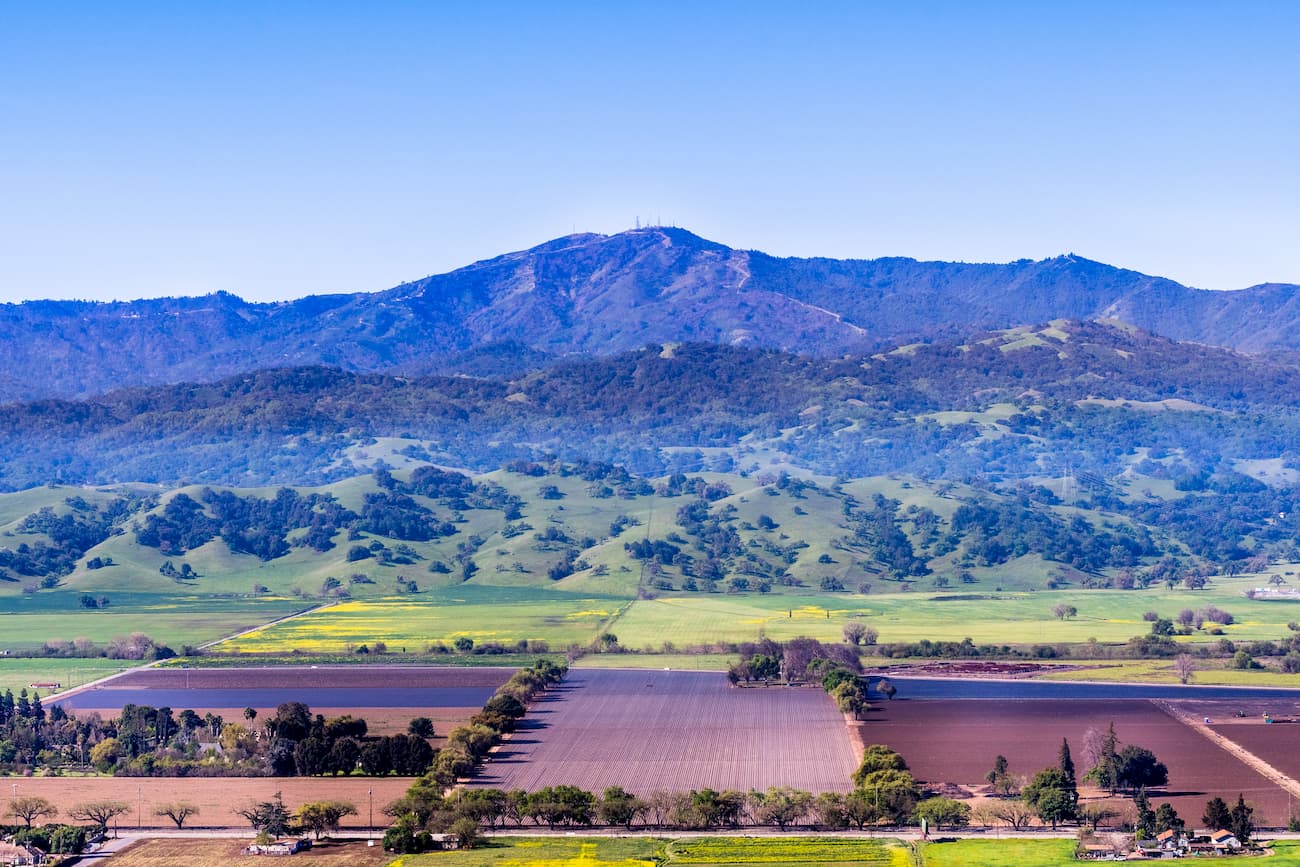 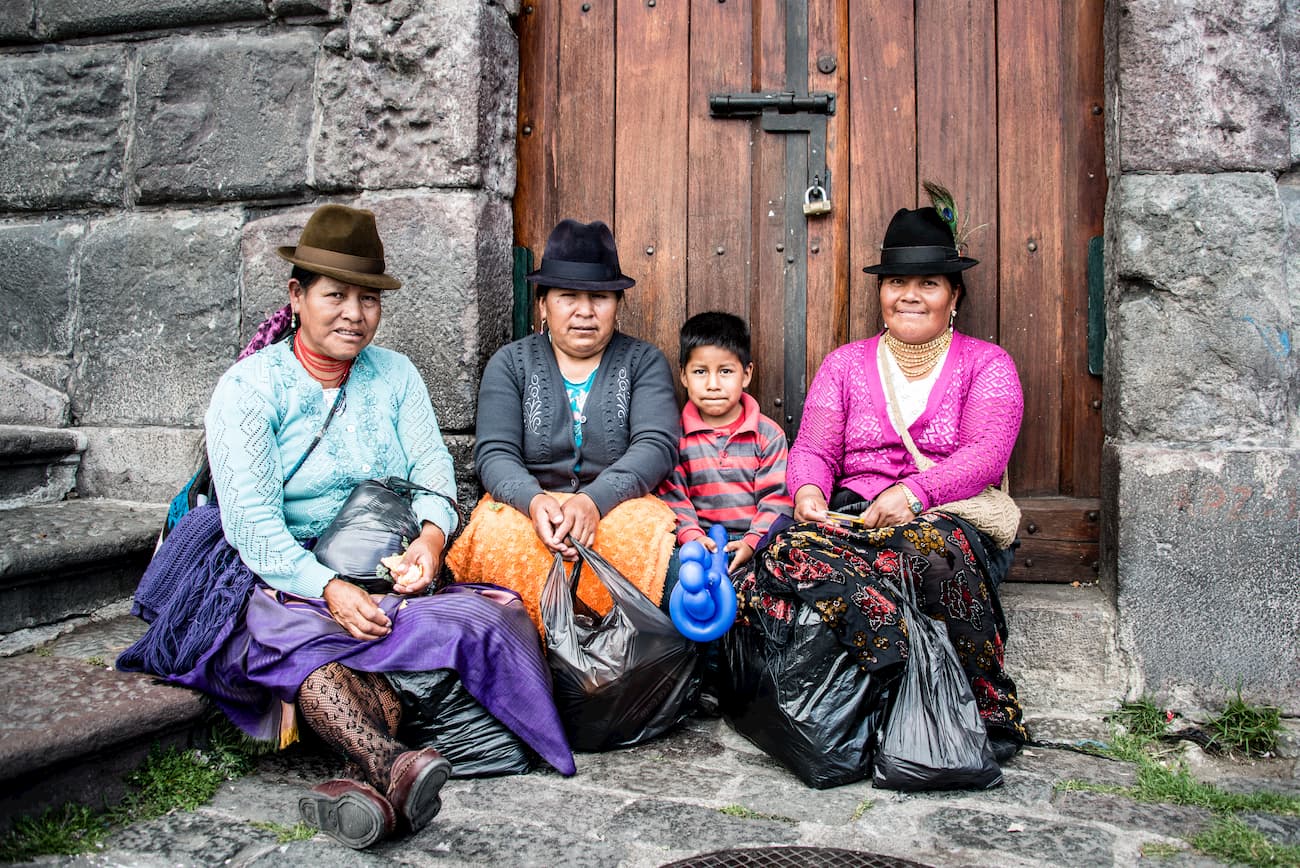 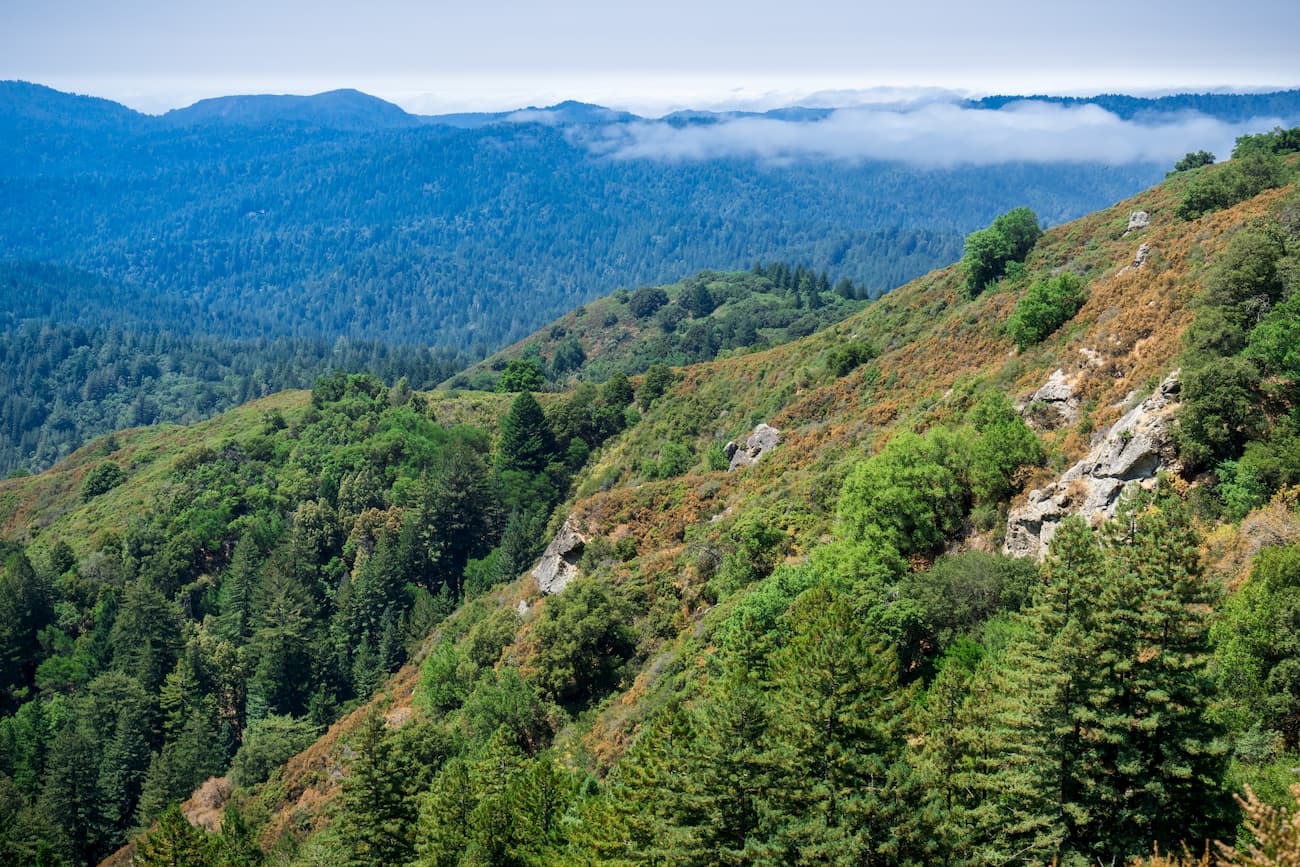