1 063 m
Elevation
Elevation is the altitude of a place
above sea level.

184 m
Prominence
Peak’s prominence is the least
vertical to be covered to get from the
summit to any other higher terrain.

Proportional Prominence 709 m
Location
37.160441 N  -121.898982 W
Mount Umunhum (Ohlone, meaning resting place of the hummingbird) is the fourth-highest peak in California's Santa Cruz Mountains (after Loma Prieta, Crystal Peak, and Mt. Chual). The mountain is situated in Santa Clara County, south of San Jose. It is sometimes referred to as Mount Um by locals. Most of the mountain is within the Sierra Azul Open Space Preserve.

The mountain is topped by a five-story concrete radar tower, known locally as "the Cube" or "the Box". The tower was part of Almaden Air Force Station, a radar surveillance post which operated from 1958 to 1980. The Cube, which housed an 85.5-ton AN/FPS-24 radar, was completed in 1962 and used to watch for hostile aircraft during the Cold War.

The summit is closed to the public due to hazardous materials and unsafe, partially demolished structures from the former Air Force station. Plans are underway to clean it up and restore it for public use. The demolition of the cube was considered, but in May 2016, the Santa Clara County Board of Supervisors listed it on the County Heritage Resource Inventory, giving it official historic status and protecting it from demolition. In summer 2017, a mountain biking and hiking trail to the summit will be opened, once facilities at the summit have been completed. It will be a spur of the Bay Area Ridge Trail.

The mountain is also the site of the Bay Area NEXRAD weather radar. The high elevation is necessary for line of sight in the region's varied terrain, but it also limits the ability to detect storms with bases lower in the atmosphere.
There's a trail leading to the summit. 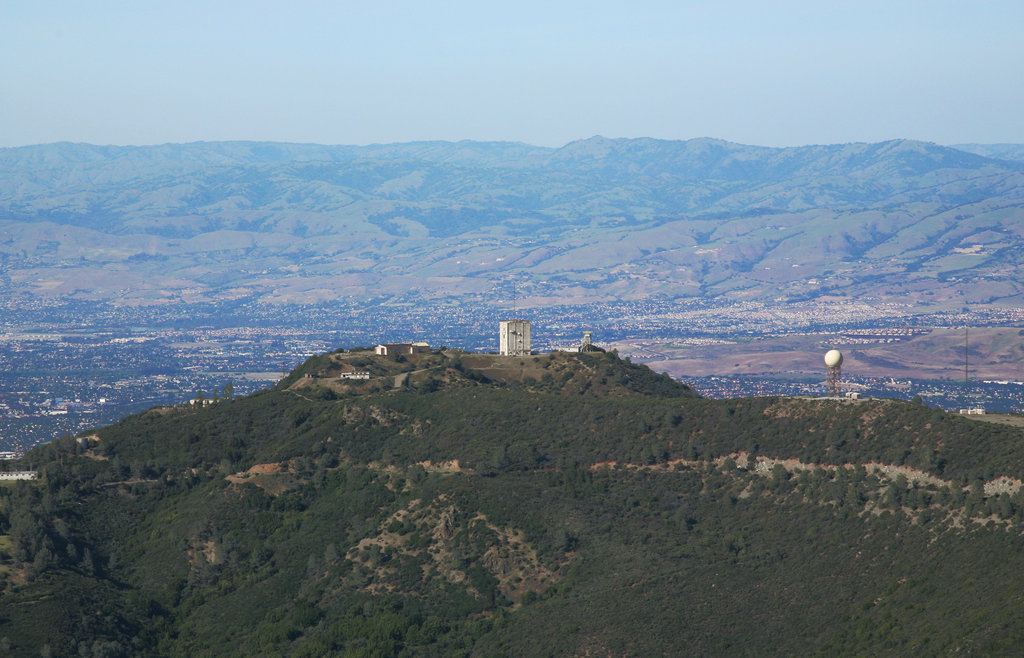 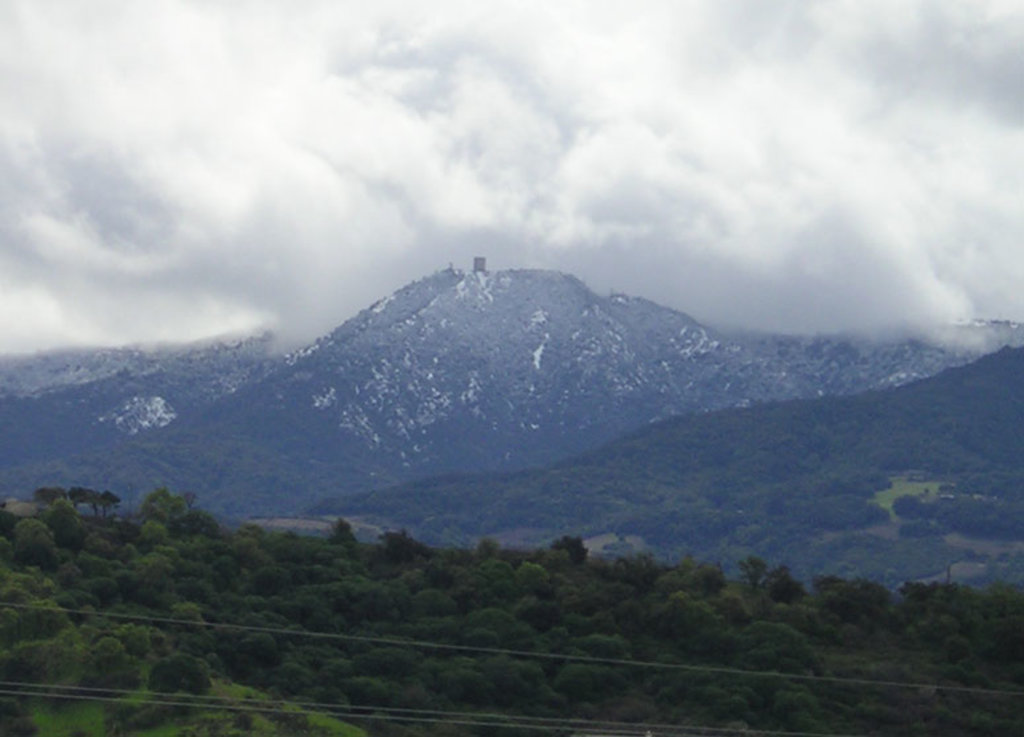 37.110765 N   -121.84434 W
Nearest Higher Neighbor
Loma Prieta - 7.4 km SE
El: 1 155 m / Prom: 1 047 m
Summit Register
See all
Camella Lynch
Check out a downloadable 3D model of Mount Umunhum area. A higher resolution model can be found in the PeakVisor mobile app.
Do you have photos of Mount Umunhum or know something about it? Please let us know!