The Saint Joe Mountains are a mountain range located in the panhandle of the US state of Idaho. The range extends from Lake Coeur d’Alene in the west to the Saint Joe River in the east. There are 77 named peaks in the range. The tallest and most prominent peak is Latour Peak at 6,319 ft (1,926 m) in elevation and with 2,051 ft (625 m) of prominence. 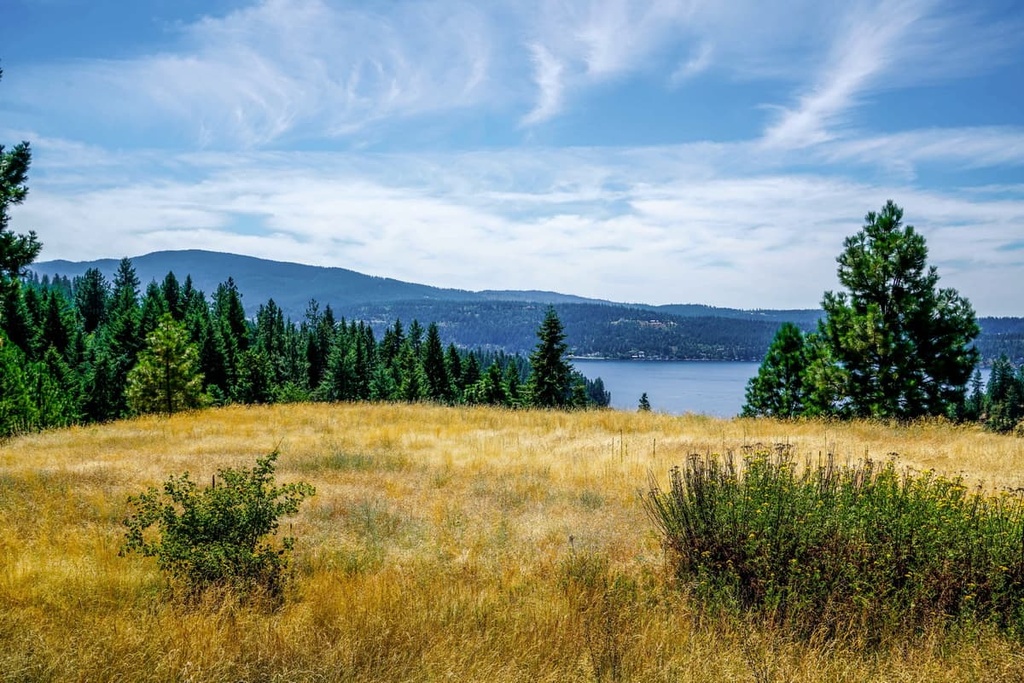 The range lies in both Shoshone and Kootenai counties of the Idaho Panhandle. Meanwhile, the panhandle itself is situated between Montana to the east and Washington to the west.

Much of the terrain within the range is densely forested. The ridgelines and peaks within the Saint Joe Mountains are often marked by rugged peaks, rock fields, and alpine lakes. The abrupt changes in elevation in the range are marked by cirques, streams, and lakes.

The Saint Joe River, which the range is named after, begins in the range before flowing westward into Coeur d’Alene Lake.

Though the range lies within the Idaho Panhandle National Forests, the Saint Joe Mountains are also surrounded by other parks and forests.

The Saint Joe Mountains formed tens of millions of years ago, along with much of the rest of the Rocky Mountains.

The peaks within the Saint Joe Mountains consist of rocks from the Idaho Batholith. The Bitterroot lobe of this massive batholith formed during the late Cretaceous period and is made up of mostly granitic and granodioritic rocks.

Tens of millions of years ago, the Idaho Batholith was thrust upward as the Farallon plate subducted beneath the west coast of North America. Though the zone of subduction was located hundreds of miles away, the immense pressure from this subduction led to the formation of the Saint Joe Mountains.

Continual pressure and thrust faulting pushed the rock further upward during the Laramide orogeny. The subsequent erosion of the peaks due to weathering and glaciation further carved out the landscape that we see today, leaving behind the rugged ridgelines and glacial cirques that dot the region.

Furthermore, the erosion of the peaks in the Saint Joe Mountains continues to this day. This natural geologic process is responsible for the deposits of sediment found directly to the east of the range.

A wide range of plant and animal species thrive throughout the varying landscape of the Saint Joe Mountains.

Animal populations within the Saint Joe Mountains are similar to those found throughout the Idaho Panhandle National Forests. Large populations of mule deer, white-tailed deer, and elk inhabit the region along with moose, black bear, and grizzly bear.

Bighorn sheep migrate to the region during the winter months and are rarely spotted during the summer. Coyotes, wolves, cougars, and bobcats can be found in the forest though spotting one is quite rare.

Much of the landscape is covered in desne sections of forest. These forests often consist of lodgepole pine, Douglas fir, white pine, ponderosa pine, western red cedar, and the occasional western hemlock.

That being said, overlogging of the lodgepole pine, coupled with repeated forest fires over the last century, have threatened the ecosystems within the range.

The name “Coeur d’Alene” was given to the tribe by the French fur trappers who arrived in the region during the eighteenth century. The name loosely translates to “Heart of Awl,” which was meant in a reference to the tribe’s reputation for being sharp traders.

A fur trader known as Daivd Thompson traveled throughout the region at the beginning of the nineteenth century. Thompson established a trading post on the shores of Lake Pend Oreille, which led to the establishment of a number of new settler communities.

These growing communities of settlers eventually forced the Coeur d’Alene Tribe and other neighboring tribes from their ancestral homelands. This was particularly true toward the end of the nineteenth century after the discovery of gold in the region. During this time, another fort was established along the shores of Lake Coeur d’Alene.

A discovery of large quantities of white pine in the nearby mountains led to a massive surge in logging. Though communities had continued to grow in the region, the expansion of the lumber industry in the area led to further economic development.

In order to protect the remaining forested landscapes, the Saint Joe National Forest was established in 1908. The Idaho Panhandle National Forests unified the three existing forests in the region in 1973, and today spans 3.2 million acres (1.2 million ha) across Washington, Idaho, and Montana.

Logging remained an integral part of the local economy until the 1980s. Since then, the region’s economy has relied heavily on tourism surrounding the city of Coeur d’Alene, both at Lake Coeur d’Alene and in the nearby mountains.

Today the Coeur d’Alene Tribe has over 2,100 members. Many enrolled tribal members live on the reservation that is situated near the Saint Joe Mountains and Coeur d’Alene Mountains. In the Coeur d’Alene (Snchitsu’umshtsn) language, the tribe refers to themselves as Schitsu’umsh, which translates to “Those Who Are Found Here,” or “The Discovered People.”

The Saint Joe Mountains are home to numerous trails for hiking and outdoor recreation. Here are some of the most popular hikes in the range:

The trail climbs steadily through the densely forested hillside. As the elevation increases, the forest opens up to shrub-covered hillsides with smaller patches of trees. The lake itself features clear alpine waters while Stevens Peak towers above.

Starting at the same trailhead as Lone Lake Trail, Stevens Lake Trail is a 5 miles (8 km) round trip hike with 1,824 feet (556 m) of elevation gain. The route passes through the forested hillside and a rock field before opening up onto Stevens Lake.

Stevens Peak towers above, giving the lake its name. Hikers can continue on the trail to reach the smaller Upper Stevens Lake.

The Pulaski Tunnel Trail is 4 miles (6.4) long round trip with 741 feet (226 m) of elevation gain. The route traces part of the path that Edward Pulaski’s crew followed to escape from a 1910 forest fire.

The gradual trail leads to an overlook across from the Nicholson Mine entrance. The mine provided the shelter for Pulaski and his crew that ultimately led to their survival.

The route from Kyle Creek to Arid Peak is 4.8 miles (7.7 km) long round trip with 1,079 feet (329 m) of elevation gain. The trail climbs through forested patches and alpine meadows before reaching the summit of Arid Peak.

Once at the summit, hikers can climb atop the fire lookout for unobstructed views of the surrounding mountains.

Looking for a place to stay near the Saint Joe Mountains? Here are some of the best cities and villages to check out in the region:

Coeur d'Alene is situated along the northern shores of Lake Coeur d’Alene to the northwest of the Saint Joe Mountains. The city has a population of 53,000 people, making it the most populous city in northern Idaho. Its close proximity to the lake and surrounding mountains has helped make it a hub for outdoor recreation.

The mountains surrounding the city provide ample opportunities for hiking, mountain biking, trail running, skiing, and fishing. Besides mountain sports, the city is also located near Silverwood Theme Park, a popular tourist attraction. The Museum of North Idaho is also in Coeur d’Alene, as are numerous other art galleries and local restaurants.

Spokane has a metro population of over 575,000 people, making it the largest city in eastern Washington. Mount Spokane lies just to the north of the city and provides easy access for activities year round. Popular sports in the area include hiking, mountain biking, skiing, and snowshoeing.

The city is also surrounded by numerous rock climbing crags. Various small lakes can also be found within an hour of Spokane, allowing for rafting and kayaking. These lakes, along with rivers such as the Spokane River, provide ample opportunities for fishing. During the winter months, visitors and locals can choose from the five ski resorts that are all located within a two hour drive from downtown. 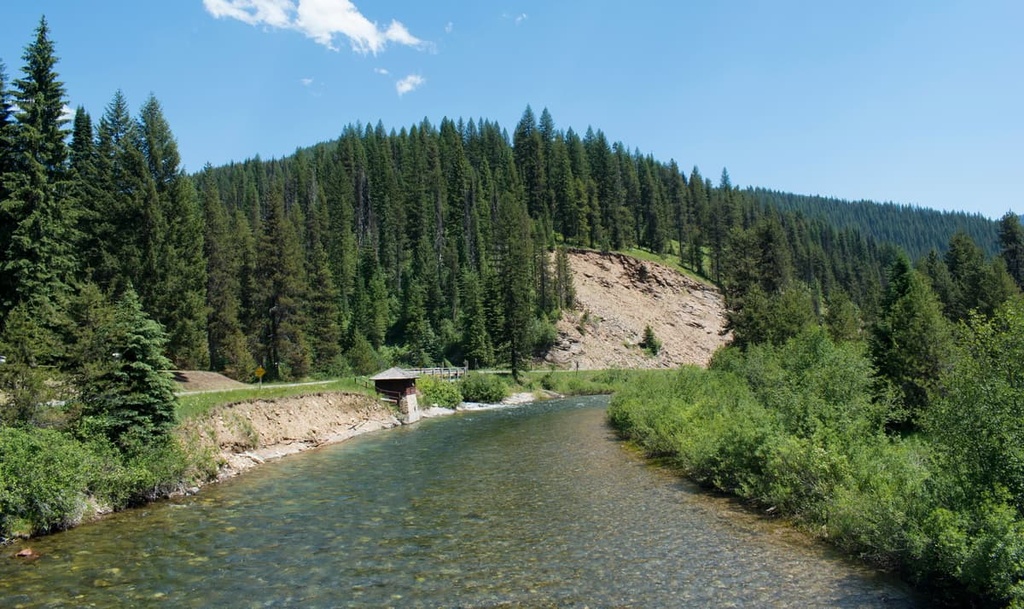 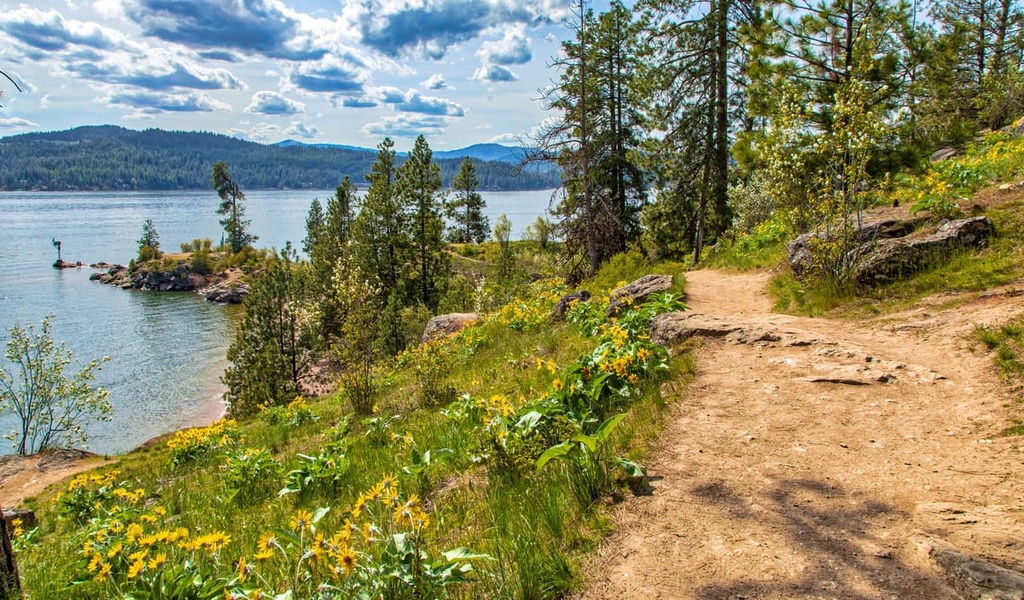 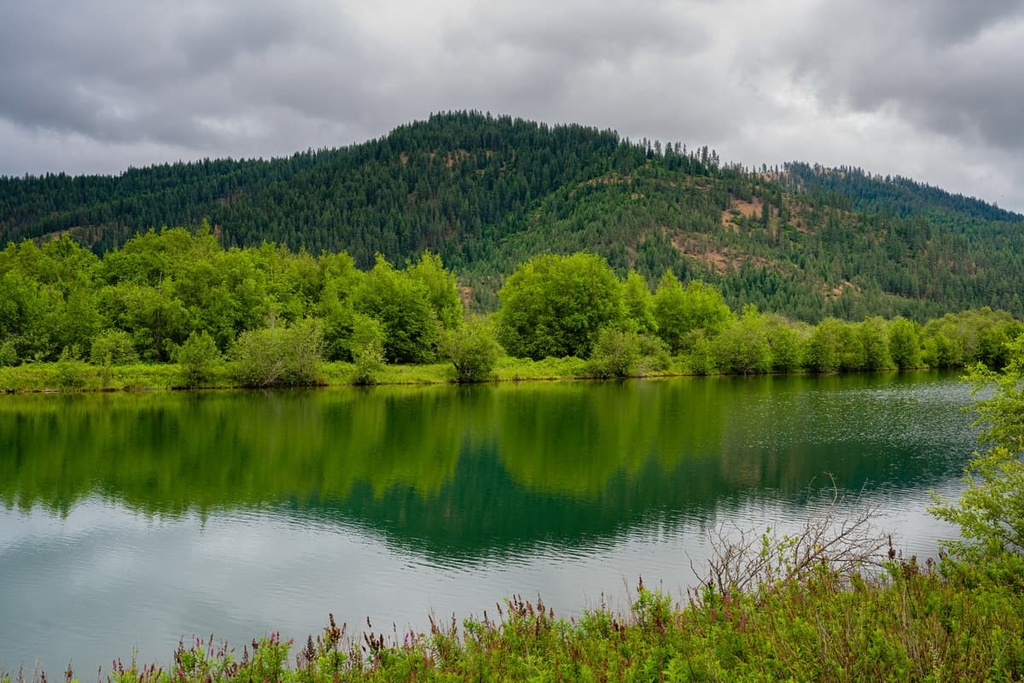