Known for its snow-covered peaks and rugged terrain, the Cordillera Neovolcánica is a large mountain range located in south-central Mexico. The range contains 9,180 named mountains, the highest and most prominent of which is Pico de Orizaba (5,636m/18,491ft), the highest in Mexico. 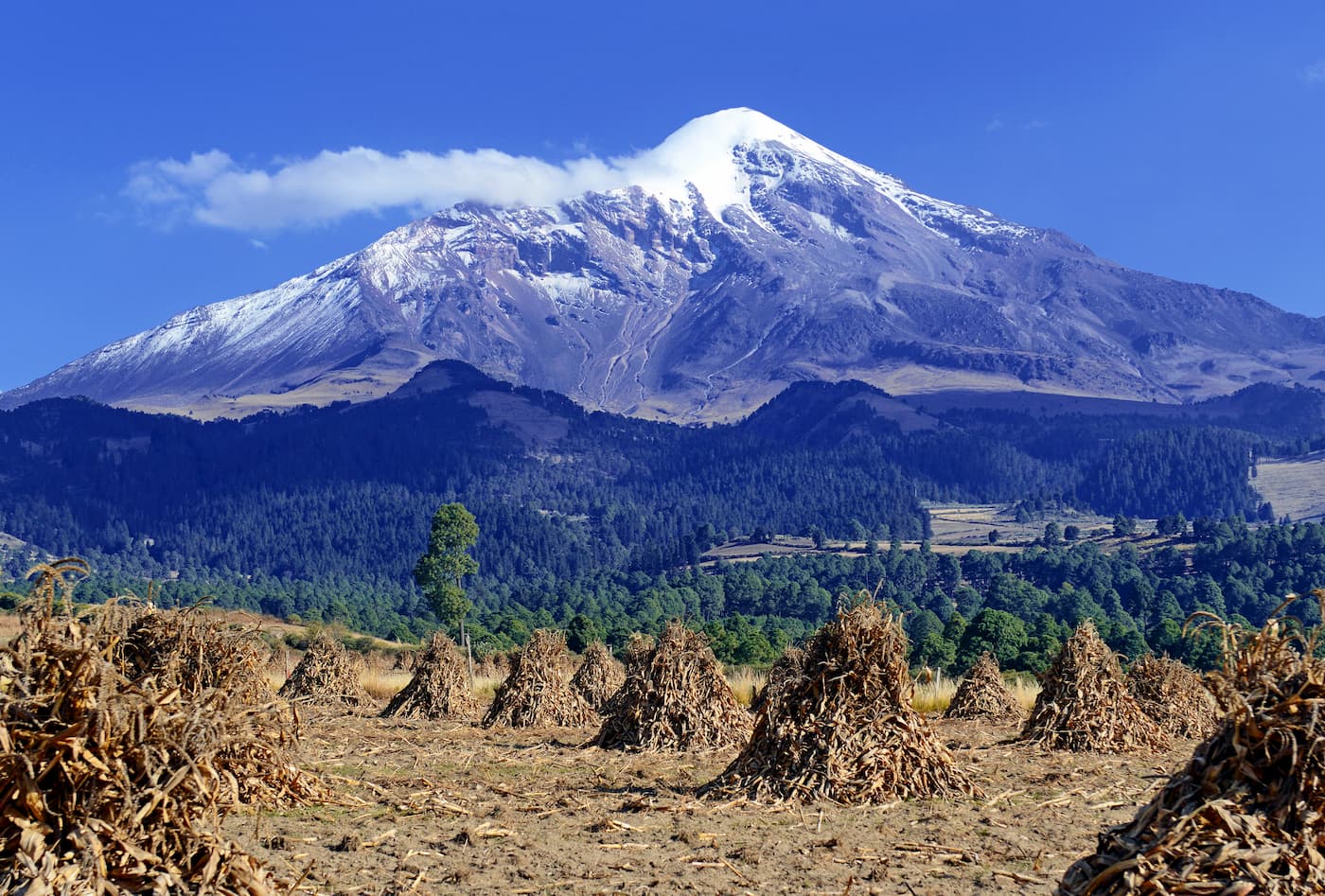 Also known as the Trans-Mexican Volcanic Belt, the Transvolcanic Belt, the Eje Volcánico Transversal, and the Sierra Nevada, the Cordillera Neovolcánica is one of the largest mountain ranges in Mexico, covering some 1,000km (600mi) of terrain in the south-central part of the country.

The range stretches across Mexico, from the Pacific Ocean to the Bay of Campeche in the Atlantic Ocean. It is located in parts of the states of Jalisco, Colima, Guanajuato, Querétaro, Hidalgo, Veracruz, Tlaxcala, Puebla, Guerrero, Morelos, México, Michoacán, and Mexico City.

Due to its location and orientation, the Cordillera Neovolcánica acts as a natural barrier between mountain ranges to the north and those to the south.

The Cordillera Neovolcánica is characterized by extensive volcanism. The range formed through the subduction of the Cocos and Rivera plates below the North American plate. This subduction eventually wormed the Trans-Mexican volcanic Belt, which is home to a number of large volcanoes, many of which are still active today.

There are many theories regarding the specifics of the range’s formation, though its volcanic origins are clear. Within the range, there are many major volcanic features, including lava domes, calderas, and shield volcanoes.

Much of the Cordillera Neovolcánica is included within the Trans-Mexican Volcanic Belt pine-oak forest ecoregion, which covers an area of some 91,800 square kilometers (35,400 sq. mi) of land across the south central part of Mexico.

It is considered a sub-ecoregion of the Mesoamerican pine-oak forest composite ecoregion, which includes the many subtropical forests in the Sierra Madre mountain system.

Within this ecoregion, the landscape is dominated mostly by pine forests and pine-oak forests, though the specific communities in a given location vary based on both elevation and rainfall patterns.

Moving higher in elevation, the landscape transitions into pine-oak forests and then pine-cedar forests until about 3,000m (9,840ft). Above 3,000m (9,840ft), the land is almost all pine-fir forest until reaching treeline. Within these pine-fir forests, the trees are almost entirely sacred fir (Abies religiosa) and Hartweg’s pine (Pinus hartwegii).

Moreover, the lower slopes of the Cordillera Neovolcánica are a well-known winter habitat of the monarch butterfly (Danaus plexippus), particularly in the western part of the range in and around Michoacán.

The Cordillera Neovolcánica has been home to humans for thousands of years and the peaks in the region, especially Pico de Orizaba, are of significance to many of the region’s Indigenous cultures. Many groups inhabited the region long before the arrival of Europeans in the 16th century, including the Aztecs, Totonacs, Hñähñu (Otomi), Purépecha, Pame, and Huasteco/Teenek, among countless others.

Hernán Cortés notably travelled through the foothills of the range during the Spanish Conquest, though the rugged terrain slowed down his journey.

As a result, during the 17th century, the Spanish financed a number of roads throughout the region to create trade routes between Mexico City and the major ports on the coast, especially Veracruz. Many of these roads also connected to settlements located at the base of Pico de Orizaba, which later became an important battleground during the Mexican War of Independence.

Many of the peaks in the range are particularly popular among mountaineers, with Pico de Orizaba perhaps being the most notable. One of the first Europeans to venture up to the peak’s highest slopes was likely Henri Galeotti in the late 1830s, though it wasn’t until the late 1840s, that two people made the first-known summit of the mountain.

Many of the tallest peaks in the Cordillera Neovolcánica require basic mountaineering skills to summit, though climbing in the range is very popular. Here are some of the best places to visit in the range:

Pico de Orizaba National Park protects some 19,750 ha (48,800 acres) of land around the tallest peak in Mexico - Pico de Orizaba. It is one of the most popular climbing destinations in the country, particularly among international visitors.

The peak has many climbing routes, though the most frequented starts at a refugio at the base and heads up the Jamapa Glacier.

Most people attempt to summit Pico de Orizaba between October and March when the weather conditions in the region tend to be the most favorable for climbing. While the peak’s location in the tropics means that seasonal temperatures don’t vary much, the months between April and September tend to bring a lot of rainfall.

Due to its status as a shield volcano, rather than a stratovolcano, Cofre de Perote has a very different shape than the nearby Pico de Orizaba. However, Cofre de Perote is the 8th tallest mountain in Mexico.

Cofre de Perote makes for a nice day hike, and though there is a road that goes most of the way to the top. From the summit, the peak offers some of the best views of Pico de Orizaba.

Izta-Popo Zoquiapan National Park (Parque Nacional Iztaccíhuatl-Popocatépetl) covers some 39,819 ha (98,395 acres) around the base of the second and third highest peaks in Mexico - Popocatépetl and Iztaccíhuatl. The park is about 70km (43mi) to the southeast of Mexico City.

Popocatépetl is a very active volcano, so it is no longer frequently climbed, though it was summited fairly often in the 1980s and early 1990s when it was considered “dormant.” A number of major eruptions have happened since then, including some very violent eruptions involving sizable amounts of ejected lava and large columns of ash.

Iztaccíhuatl, however, is considered to be an extinct volcano and is very popular among international and domestic climbers. The standard route up the mountain is known as La Arista del Sol (the edge/ridge of the sun) isn't technically challenging, though the high elevation of the peak warrants proper acclimatization.

The Cordillera Neovolcánica is located in one of the most populous areas of Mexico. Here are some of the best places to stay in the region:

Mexico City is the capital and largest city in Mexico as well as the largest city in North America by population with over 8.84 million residents. The city is one of the most important financial and cultural centers in the world and it has a metropolitan area with over 21.3 million people, which makes it the second largest in the western hemisphere behind São Paulo in Brazil.

Mexico City has a long and storied history that dates back at least as far as the 1300s. To this day, it serves a vital role as a transportation hub for the country, as it is home to Mexico City International Airport, the busiest in Latin America. It offers daily flights around the world, throughout the Americas, Europe, and Asia.

Veracruz is a port city located in the eastern part of the Cordillera Neovolcánica along the Gulf of Mexico. It is the most populous city in Veracruz with some 550,000 residents. The city was formally founded by Hernán Cortés when he arrived in 1519 and has played an important role in modern and contemporary Mexican history.

The port of Veracruz is one of the oldest and most important in Mexico, serving a vital role in the country’s economy, particularly in the shipment of automobiles. Moreover, Veracruz has an international airport with regular flights around Mexico and service to Houston.

It is considered a hub for culture, business, arts, tech, and education in Mexico. The city contains a number of important landmarks, including the Guadalajara Cathedral, the Teatro Degollado, and the San Juan de Dios Market, the latter of which is one of the largest indoor marketplaces in the region.

Guadalajara is connected by a handful of large highways as well as the Guadalajara International AIrport, which is the third busiest in the country. 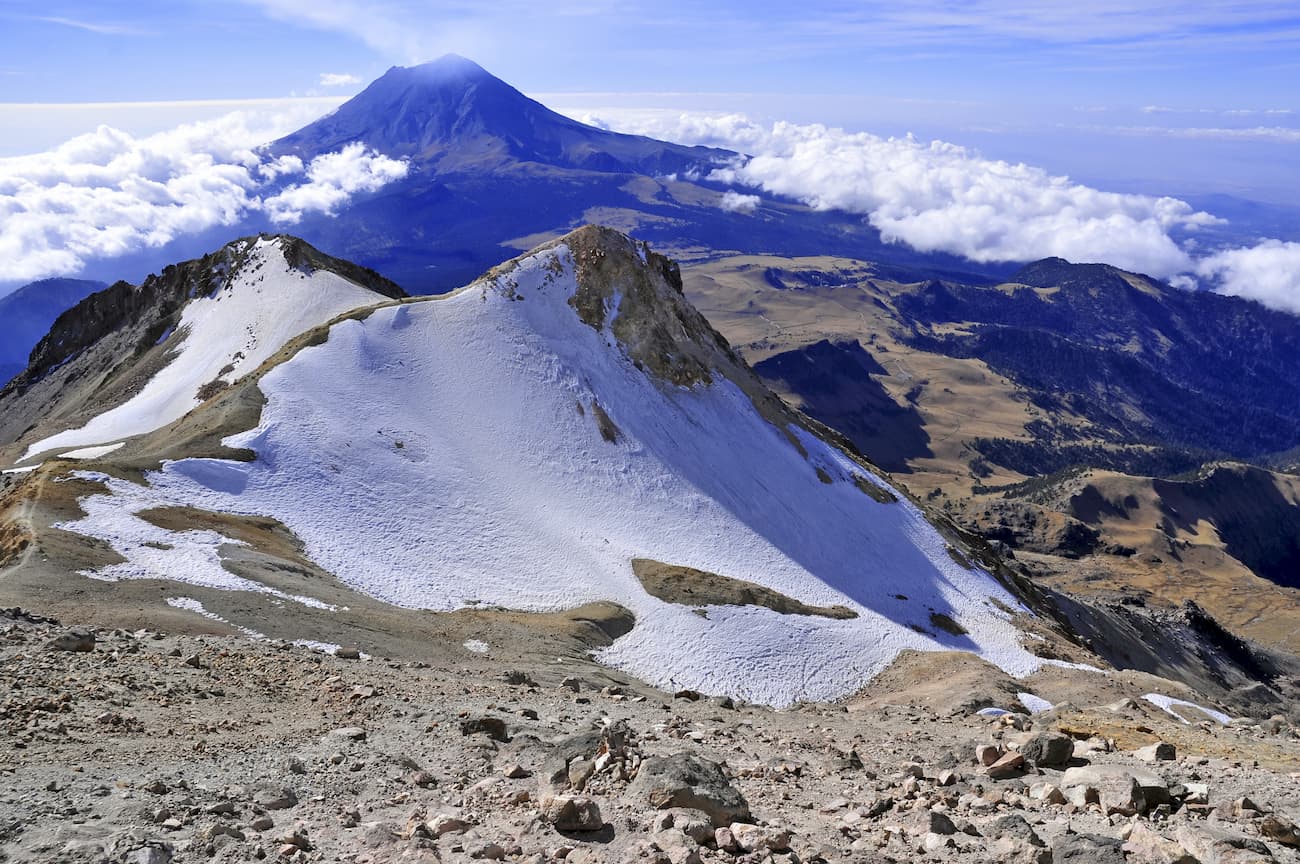 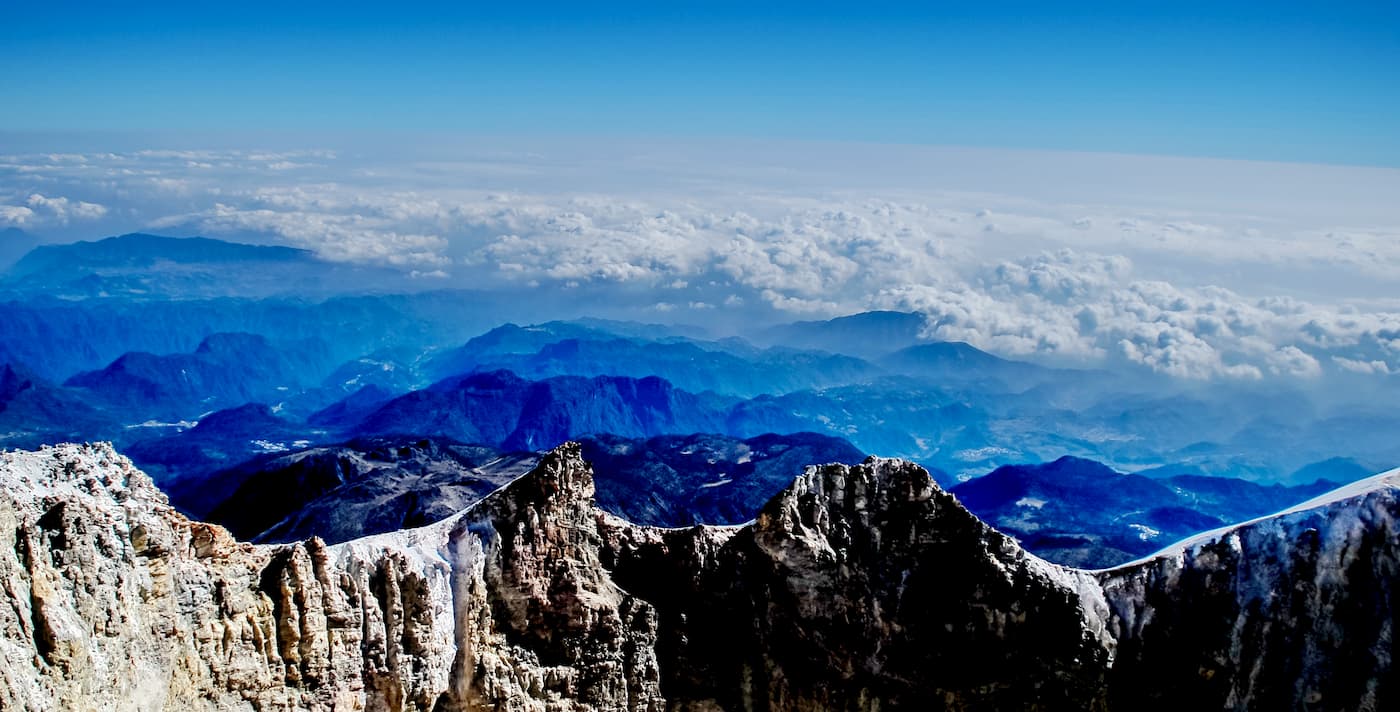 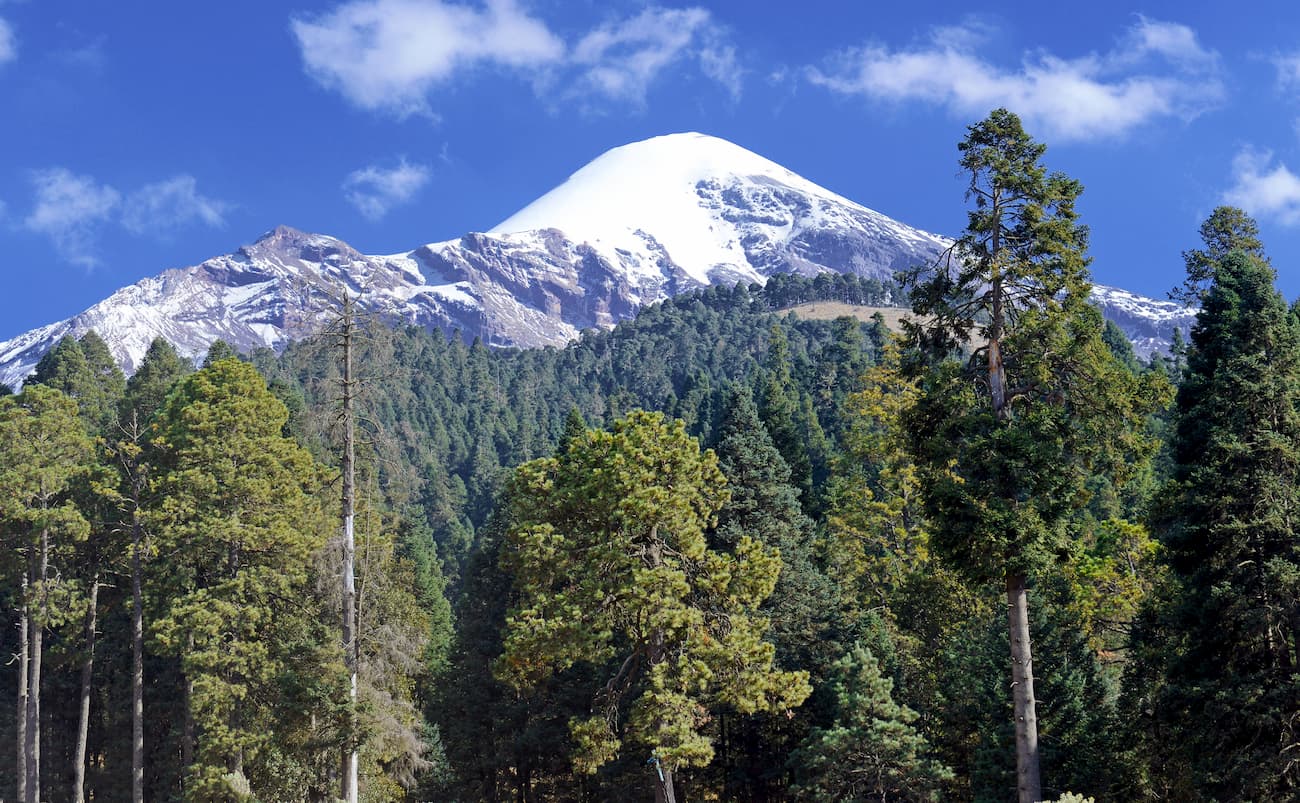 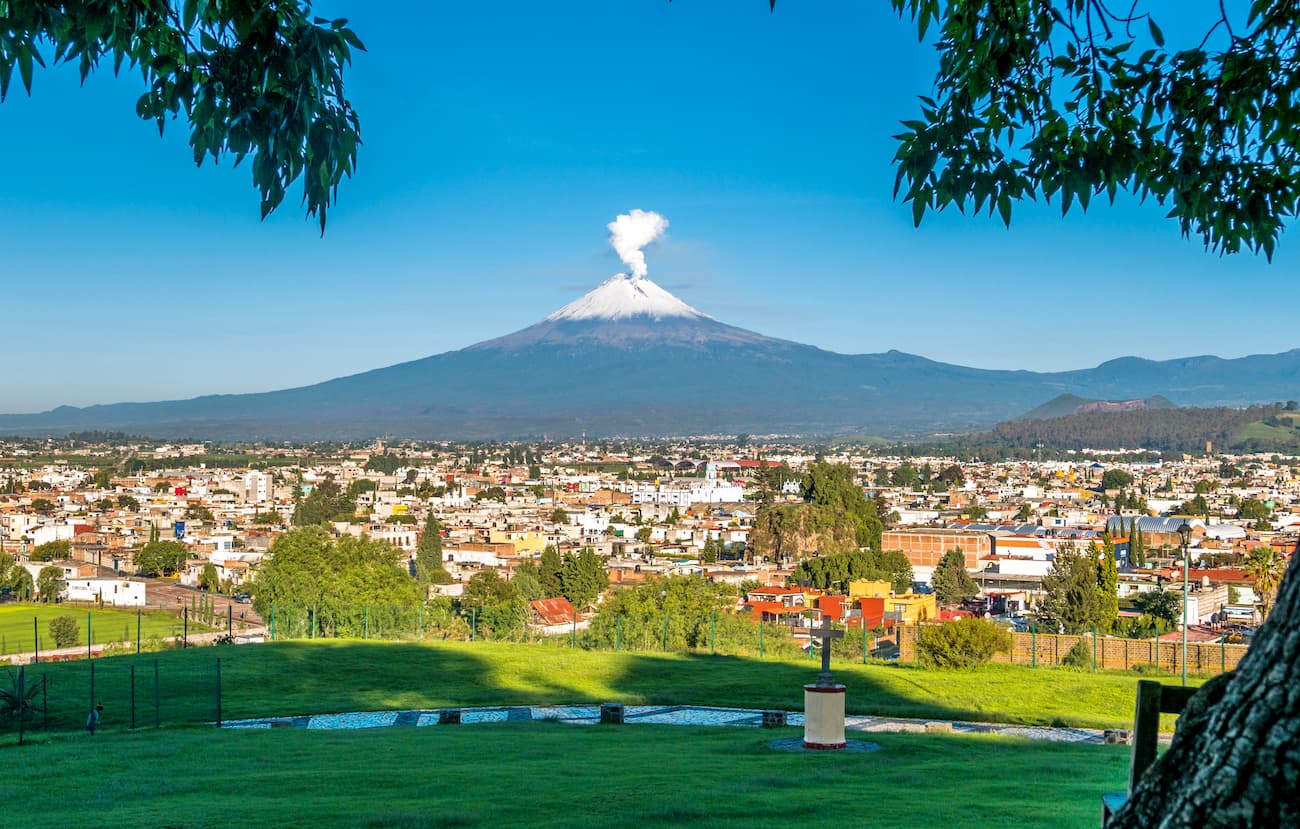 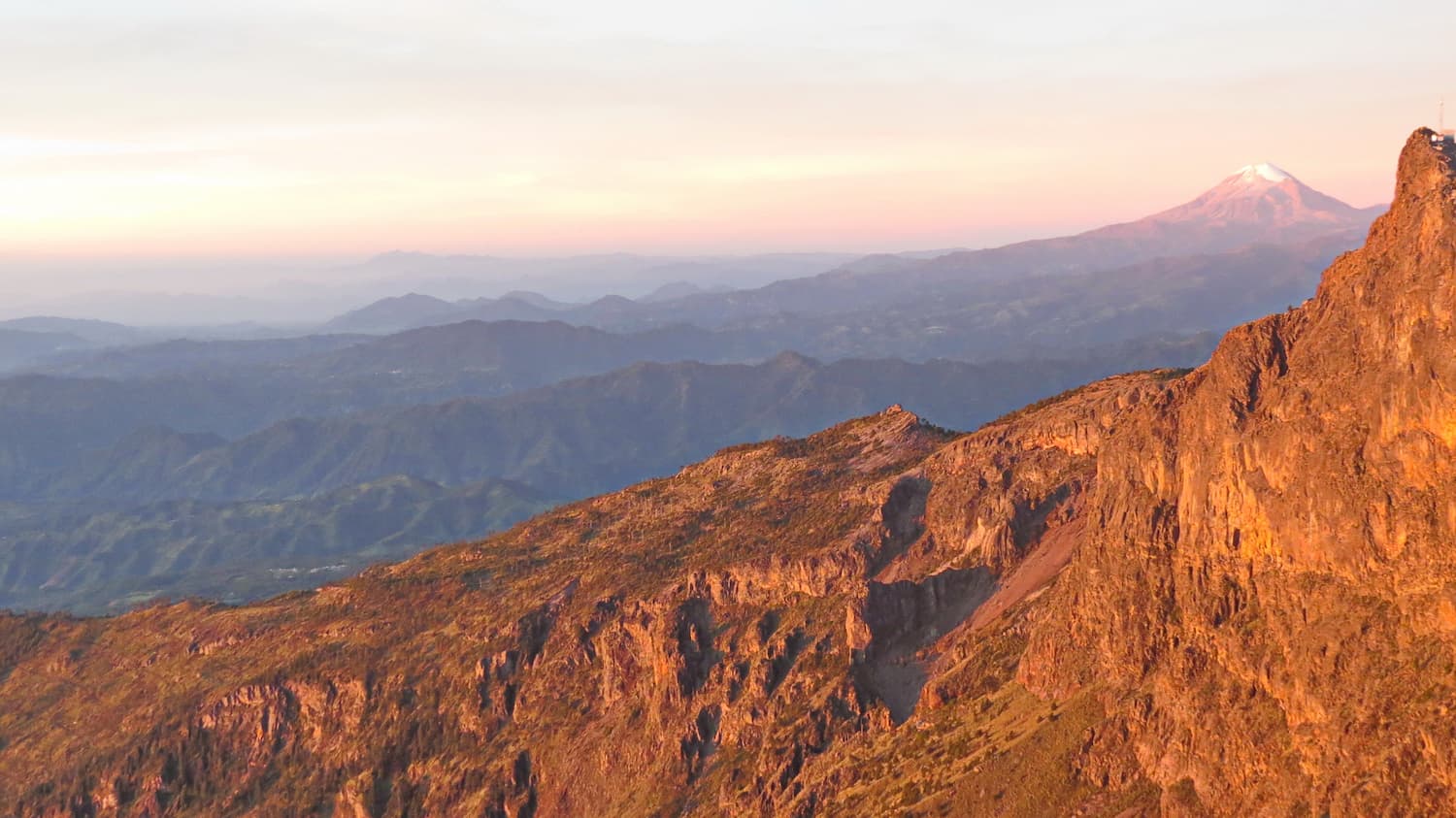 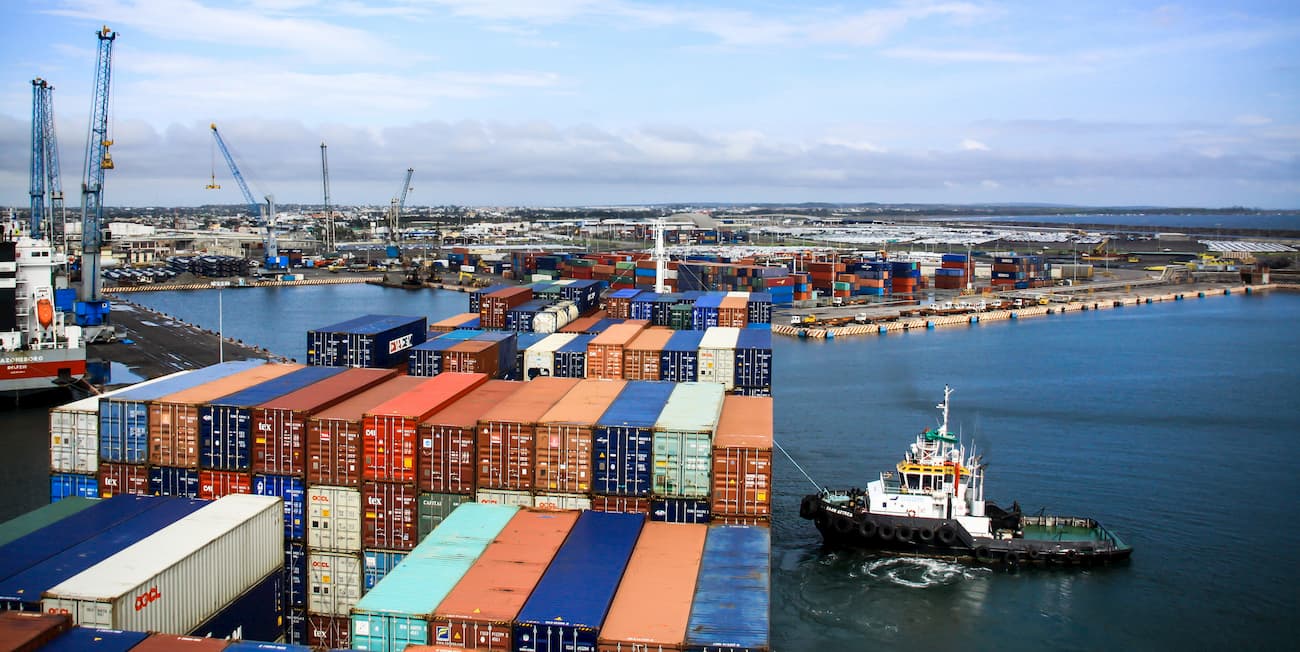