Featuring stunning stratovolcanoes and beautiful mountain scenery, the Mexican West Coast Ranges is a chain of peaks located in the west-central part of Mexico. The range contains 1710 named mountains, the highest of which is Cerro Viejo (9,682ft/2,951m), and the most prominent of which is Las Conchas (9,449ft/2,880m). 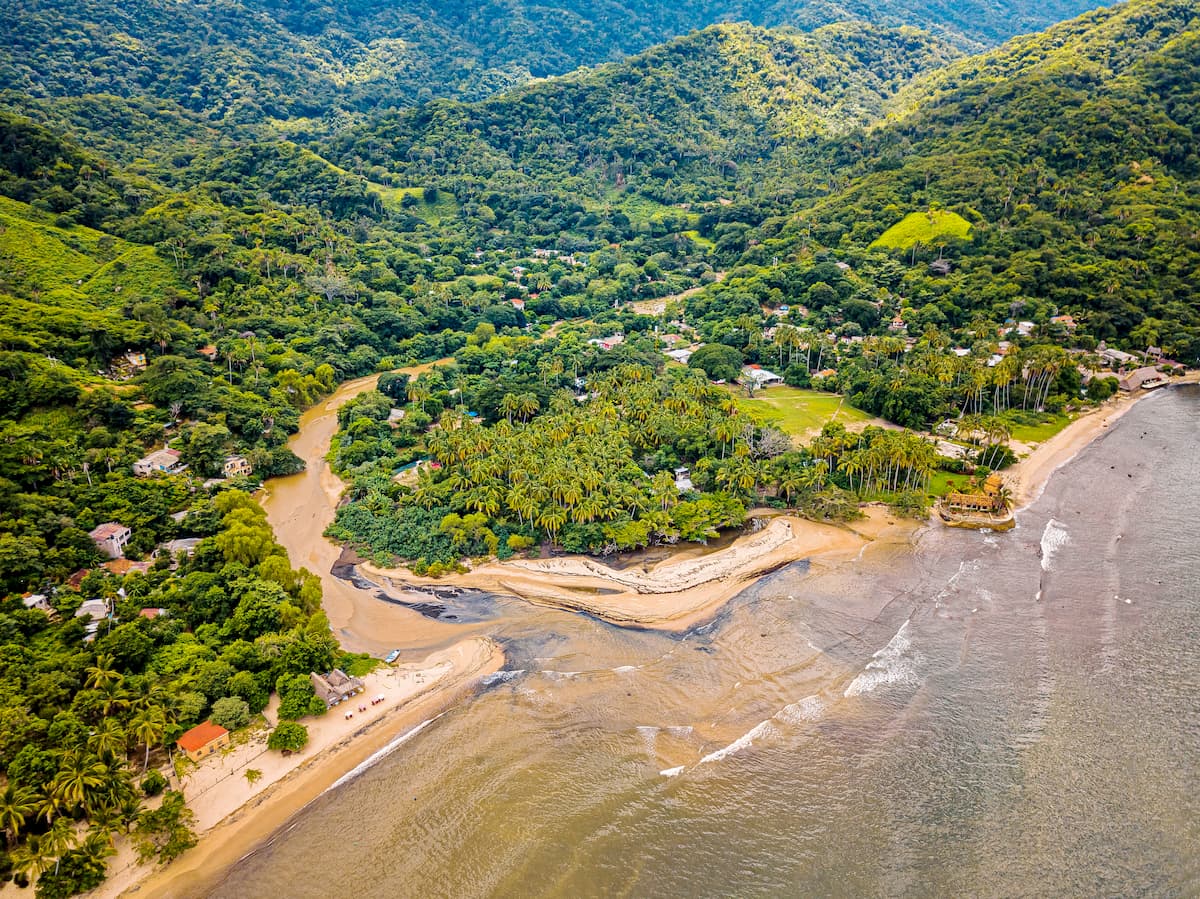 The Mexican West Coast Ranges are situated in the west-central part of Mexico, within the states of Nayarit, Jalisco, Colima, and Michoacán, along the country’s Pacific Coast.

For the most part, the range is located in Mexico’s Pacific Coast Region, surrounding the Bahía de Banderas to the north and extending all the way to the Port of Lázaro Cárdenas in the south where the Río Balsas drains into the Pacific Ocean at Mangrove Point.

While they are sometimes considered to be a subrange of the Cordillera Neovolcánica, the Mexican West Coast Ranges are often acknowledged as their own range. Regardless, both ranges share a geologic history that is dominated by major periods of volcanism.

On a grander scale, the Mexican West Coast Ranges are part of the American Cordillera, which extends from the northernmost reaches of the Brooks Range in Alaska, all the way through the western coasts of North America, Central America, and to the southernmost points of South America in Argentina and Chile’s Tierra del Fuego.

The Mexican West Coast Ranges, in particular, are home to a number of large stratovolcanoes, including Volcán de Tequila and Volcán Ceboruco.

Volcán Ceboruco, or Ceboruco, is a dacitic stratovolcano, which has experienced a number of large eruptions in the past. One of the largest occurred around 930 CE and is estimated to have been a VEI 6. Moreover, during the 1870s, Ceboruco experienced a long-term eruption with steam and gas emissions that lasted beyond the turn of the century.

Volcán de Tequila, on the other hand, is no longer believed to be active, though its large volcanic field indicates that it was active for quite some time in the past. Volcanologists believe that Volcán de Tequila has been dormant for over 200,000 years. As a result of its inactivity, the mountain is highly accessible to visitors and there is even a long cobblestone road to the summit.

The flora and fauna in the Mexican West Coast Ranges are part of a number of major ecoregions within Mexico.

In the north, near where the Mexican West Coast Ranges overlap the most with the Cordillera Neovolcánica, the landscape is mostly part of the Trans-Mexican Volcanic Belt Pine-Oak Forests ecoregion. This ecoregion is dominated by forests of Montezuma pine, smooth-bark Mexican pine, Hartweg’s pine, and sacred fir, as well as various oaks, particularly at lower elevations.

The coastal regions of the Mexican West Coast Ranges, on the other hand, are mostly part of the Jalisco Dry Forests ecoregion. This ecoregion is tropical and humid, with a June through October rainy season and a winter dry season. Within this area, mature forests are layered with a large diversity of tree species, many of which are endemic to the area.

Finally, the central, inland, and southernmost sections of the range are mostly part of the Balsas Dry Forests ecoregion. This ecoregion is found mostly within the basin of the Río Balsas and is home to a substantial number of endemic species. However, some 90% of the original forest has been cut down for development and agriculture.

The region in and around the Mexican West Coast Ranges has been inhabited by humans for millennia. Although a number of groups have lived in the area over the years, some of the most dominant were the Chichimecas, the Purépecha, Tepehuan, Cocas, Caxcans, and Huichols.

In the mid-1500s, the Spanish arrived in the region around the Mexican West Coast Ranges after the fall of the Aztec Empire. The region was particularly important to the Spanish as it served as a good place to establish themselves for the development of trade with Asia.

Moreover, the region around the mountains is particularly rich in minerals, which attracted the Spanish who sought out other sources of economic prosperity.

One of the biggest players in the colonization of the region was Nuño de Guzmán, whose brutal regime decimated the Indegenous groups who had lived in the region for thousands of years. Genocide and slavery were common aspects of Guzmán’s regime and the rest of the early Spanish colonial period in the region.

Even after the Mexican War of Independence, the region remained relatively unstable, experiencing dozens of rebellions during the mid to late 1800s. During the late 1800s, the region’s population increased dramatically and a number of economic reforms were instituted in the region to support the burgeoning agricultural industry.

These days, tourism remains a very important part of the region. Many visitors come to the region in and around the Mexican West Coast Ranges for the many beach resorts and to visit Lake Chapala, which is located in the northeast of the range. The more mountainous parts of the region are also popular among hikers and mountain bikers.

Although the Pacific Coast region of Mexico is best known for its beach resorts, there are plenty of great hiking areas to enjoy. Here are some popular places to check out:

The Reserva de la Biósfera Sierra de Manantlán (Sierra de Manantlán Biosphere Reserve) is a protected area in the central part of the Mexican West Coast Ranges. It is home to 22 named mountains, the highest and most prominent of which is Cerro Ceboruco.

Within the reserve, there are many different ecosystems, including everything from tropical forests, cloud forests, and alpine areas. These days, it is also a heavily agricultural area, though it is still home to nearly 3,000 species of vascular plants, indicating an exceptional level of biodiversity.

The reserve is home to hundreds of species of mammals and birds. Some of the most notable mammals include jaguarundis, ocelots, oncillas, mountain lions, jaguars, and bobcats.

The Reserva de la Biosfera Chamela-Cuixmala is a protected area in the central coastal part of the Mexican West Coast Ranges. It contains 1 named mountain, Cerro el Colorado, and is known for its tropical forests.

In Chamela-Cuixmala, there are hundreds of animal species. Some of these animals include ocelots, coyotes, coati, crocodiles, jaguars, mountain lions, and jaguarundis. Moreover, the reserve is technically mostly owned by the National Autonomous University of Mexico, which conducts a large number of studies on the region’s ecosystems.

The region in and around the Mexcian West Coast Range is very popular among tourists. Here are some of the best places to check out during your visit:

The city of Puerto Vallarta is located in the northernmost section of the Mexican West Coast Ranges along the Bahía de Banderas. It is one of the largest cities in Jalisco and is a very popular beach resort area.

Puerto Vallarta also has an international airport, which makes it a major transportation center of the region. It offers regular service throughout Mexico, the USA, Canada, South America, the Carribean, and even Europe. Moreover, Puerto Vallarta is a popular port of call for cruise ships in the Pacific.

Guadalajara is a major city in the northeastern part of the Mexican West Coast Ranges. It has a population of over 1.4 million people, but the city’s metropolitan area has over 5 million residents, making it the second largest in the country behind Mexico City.

Guadalajara is a cultural, financial, and business center of the region and for Latin America. It is also among the oldest Spanish-founded cities in the country and it is the home of two of the oldest and highest-ranked universities in Mexico. The city has a major international airport and is well connected by road to the rest of Mexico.

The city of Tequila is located just to the northwest of Guadalajara near the base of Volcán de Tequila. It is a popular tourist destination, mostly because of its status as the birthplace of tequila, which is made from the blue agave plant that is native to the region.

Tequila is a World Heritage Site due to its tequila industry, vast agave fields, and historic city center. Nowadays, there is a big push for tourism in Tequila, thanks to the creation of the “Tequila Express” train which offers tours and transportation around the region. 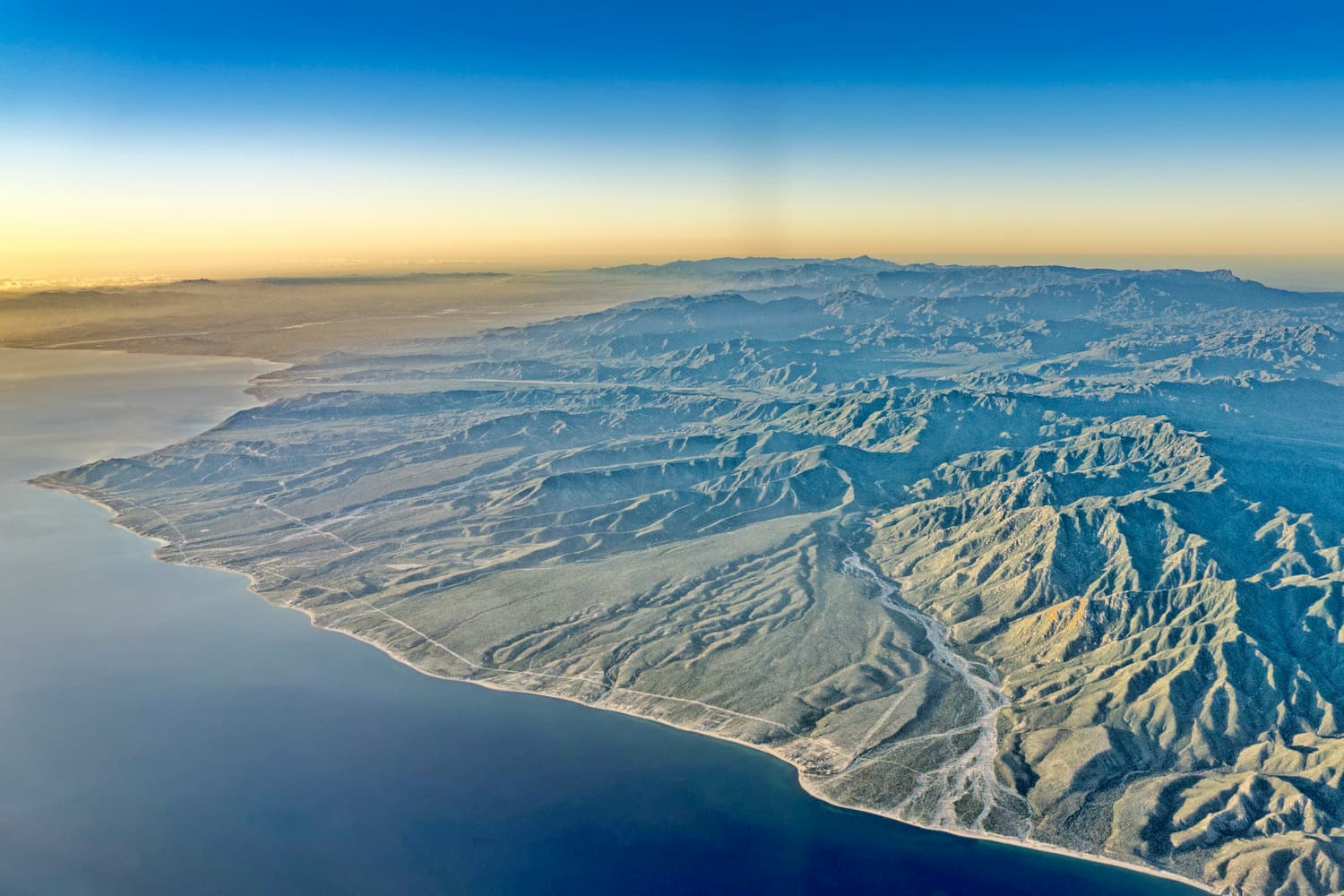 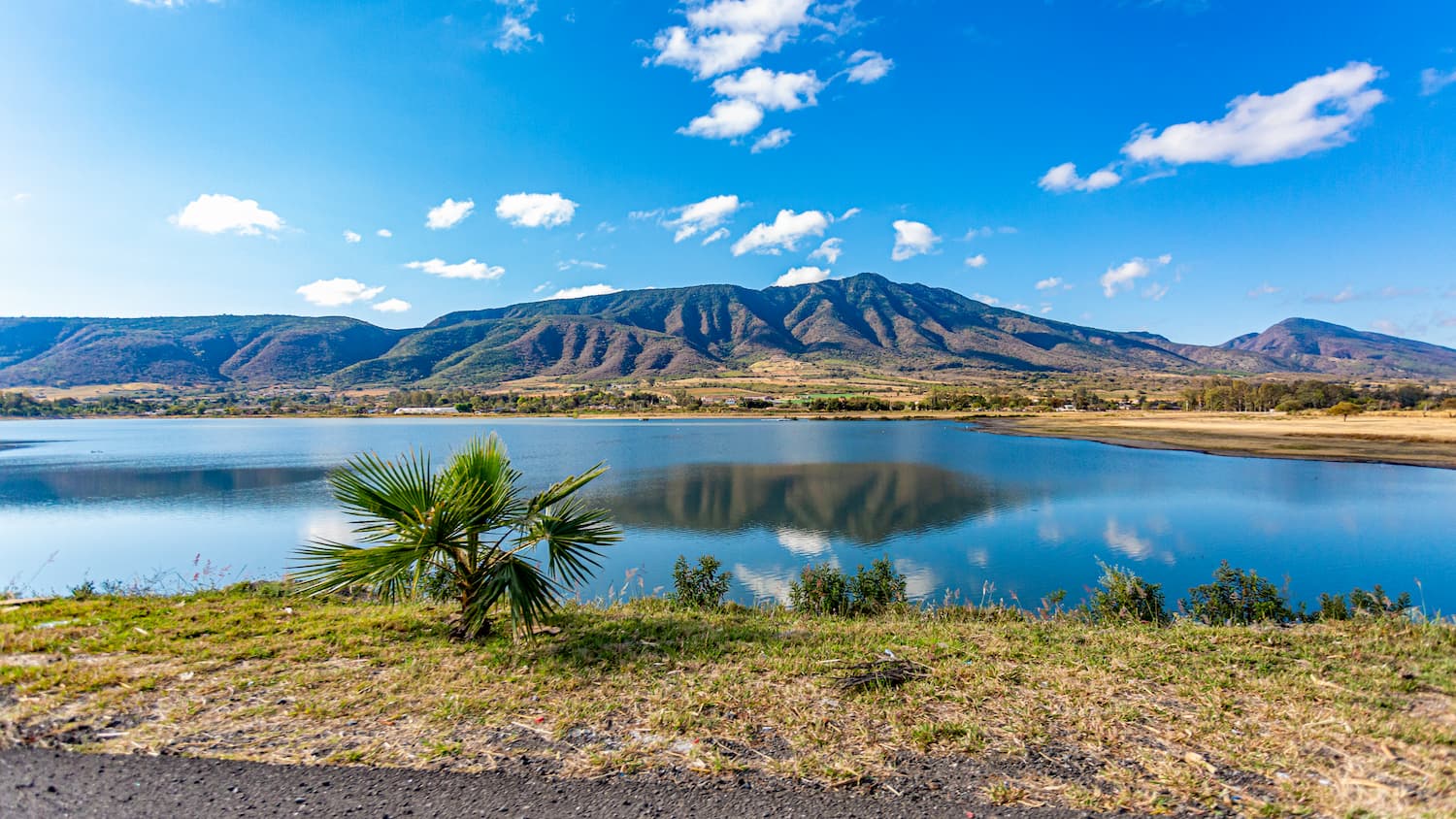 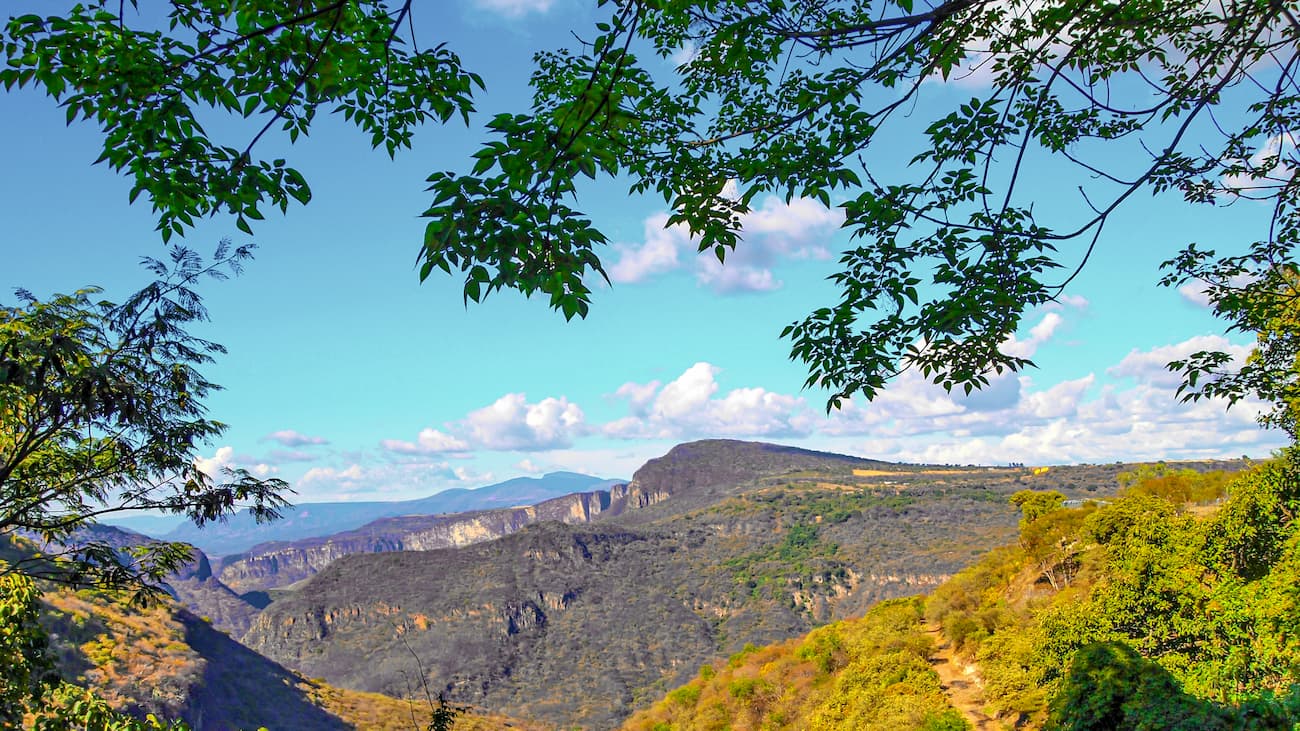 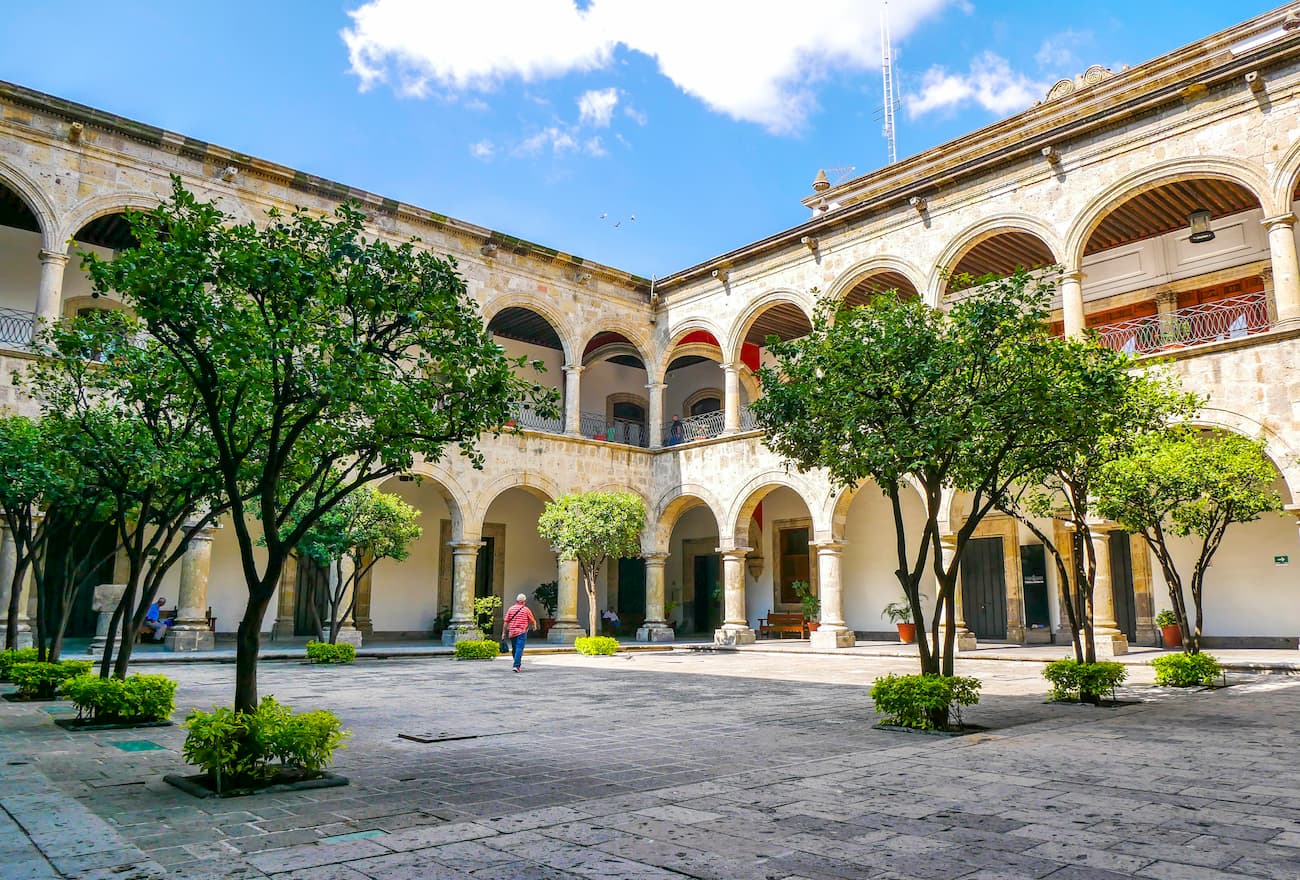 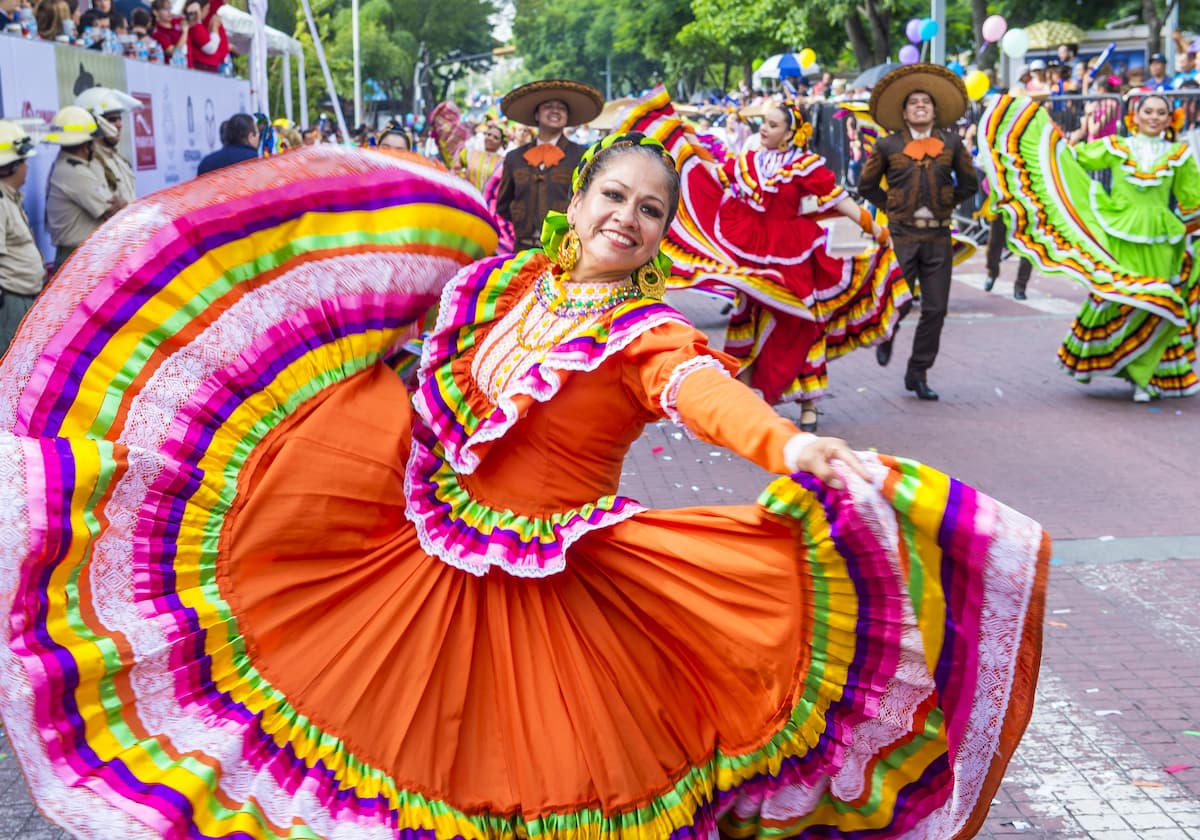 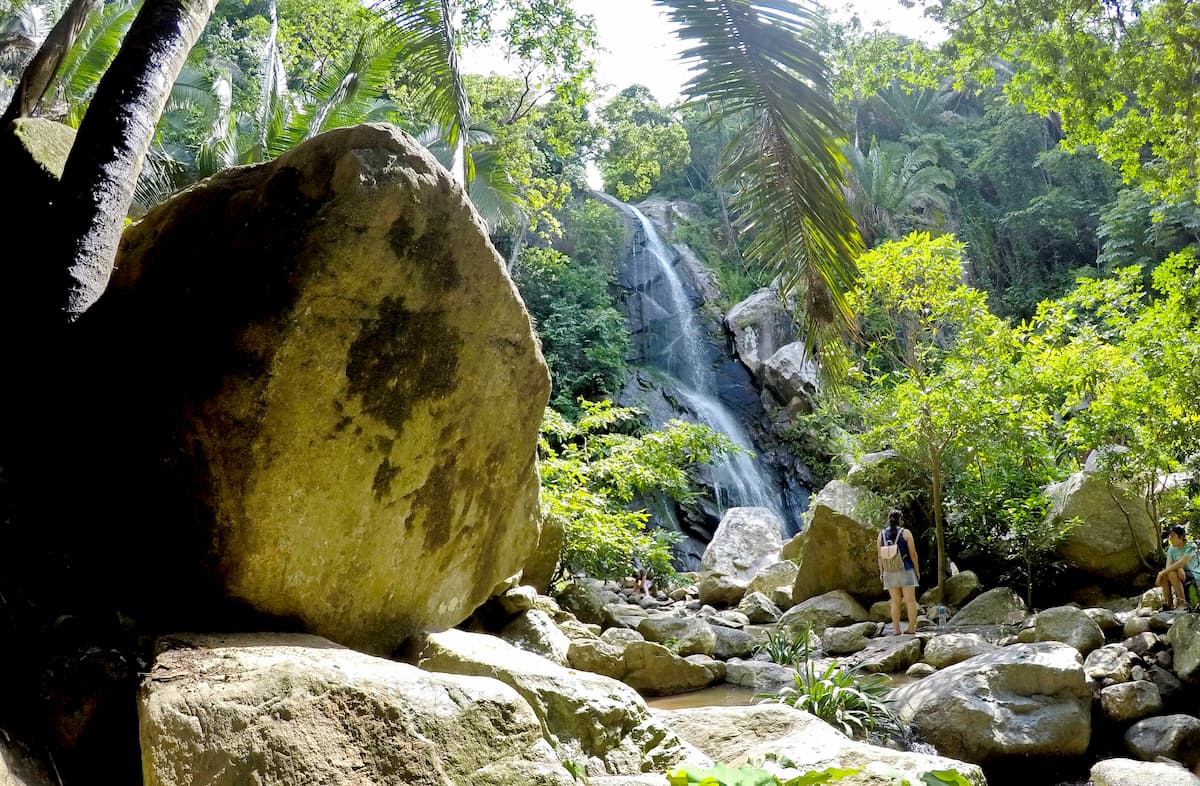 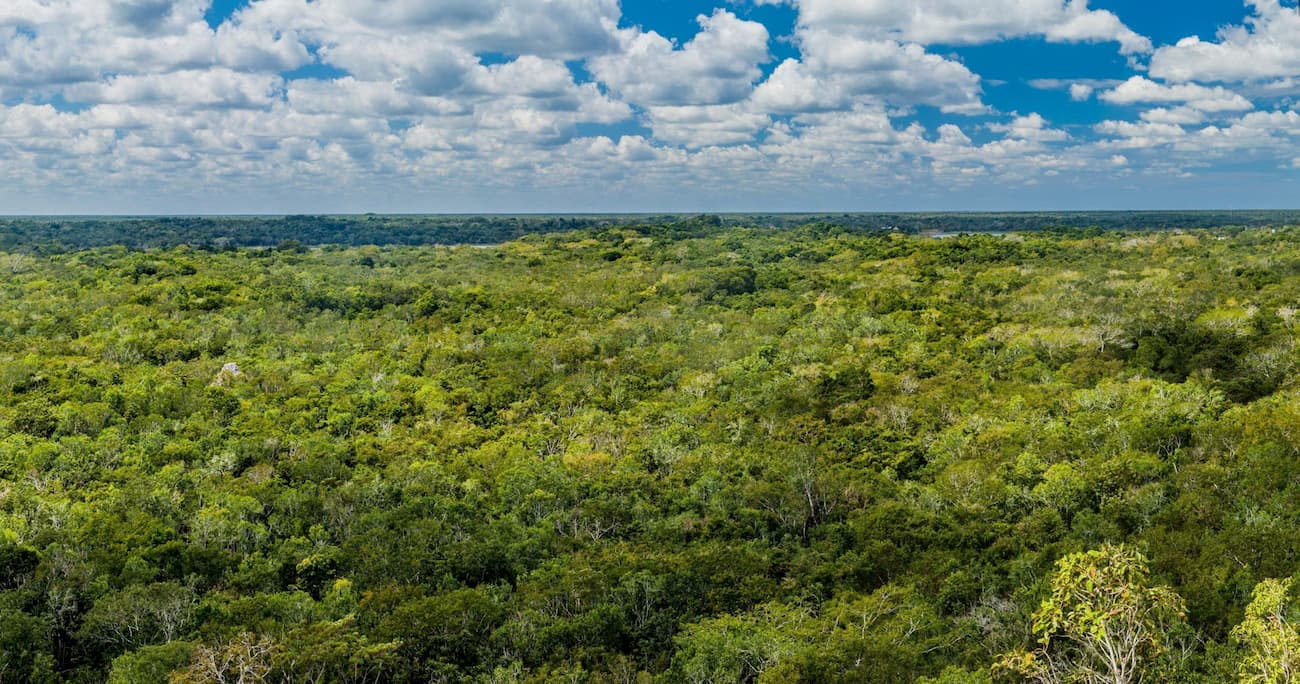