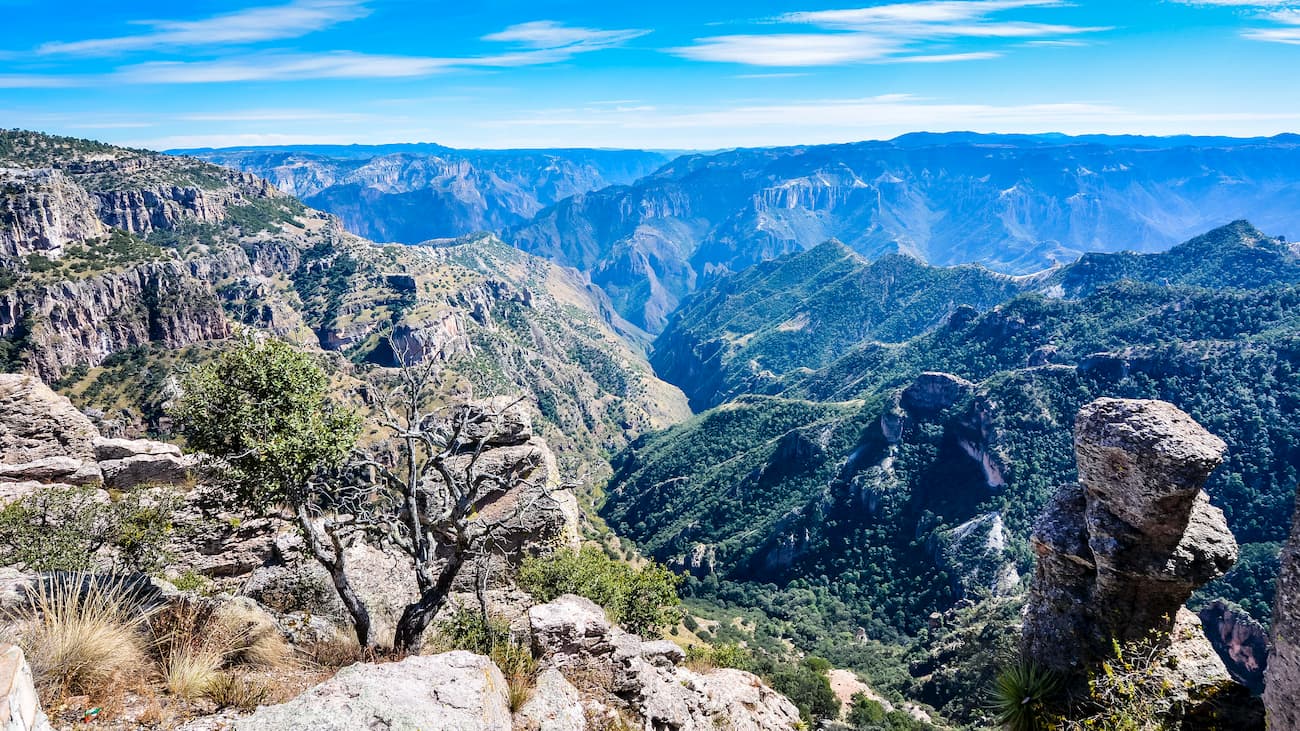 The Sierra Madre Occidental is a massive system of mountain ranges that runs down the west coast of Mexico. It starts in Sonora and Chihuahua before heading south through the states of Sinaloa, Zacatecas, Durango, Jalisco, Nayarit, Aguascalientes, and Guanajuanto.

Overall, the Sierra Madre Occidental is a very remote region of Mexico. While there are quite a few small communities in the range, particularly in Copper Canyon (Barrancas del Cobre), only a handful of paved roads actually cross the range, making travel through the area particularly challenging.

Geographically, the range can be divided into regions based on the 6 large canyons formed by the 6 rivers that run through the Sierra Madre Occidental before draining into the Rio Fuerte and into the Gulf of California. The largest of these is Copper Canyon, though most of the towns in the region are located in the various canyons.

The Sierra Madre Occidental is part of the American Cordillera, which is a massive chain of peaks that extends from the Brooks Range in Alaska all the way to the Andes in Tierra del Fuego.

However, the range itself is actually the remnant of a high plateau of extrusive igneous rocks that eroded over millennia to reveal the intrusive igneous and sedimentary basement rocks below.

There is some debate as to the origin of this basement rock, though some believe it may be older than that found in other parts of North America. Throughout the range, there are multiple terranes, which is a fragment of crust that accreted onto another piece of crust, even though they have different origins and compositions.

Although the range did experience extensive volcanism in the past, which also deposited substantial amounts of gold and silver in the area, most of these volcanoes are either dormant or extinct.

Indeed, the structural geology of the range is more dominated by basin and range-style faulting rather than the more extensive volcanic activity seen in the Cordillera Neovolcánica, which still exists to this day.

The climate, and, thus, the ecology of the Sierra Madre Occidental depends greatly on location in this north to south mountain range. There are also large seasonal variations in temperature and moisture in the region due to its proximity to both the Atlantic and Pacific Oceans.

Within the Sierra Madre Occidental, there is a wet summer monsoon season as well as a relatively dry winter season. The southern part of the range receives considerably more rainfall than the northern parts, often due to the presence of tropical storms.

Much of the range is covered by the Sierra Madre Occidental pine-oak forests ecoregion, which covers an area of about 222,700 square km (86,000 sq. mi) in western Mexico. This ecoregion is an amalgamation of different ecosystems.

The mid elevations of the peaks in the Sierra Madre Occidental are home to a mix of oak wooded grasslands and pine-oak forests. There are dozens of species of conifers and deciduous trees in the range, some of which are endemic to the region.

Additionally, the range contains over 300 bird species, some of which are endangered, such as the thick-billed parrot and the military macaw. As far as mammals go, black bears and jaguars are found in the range. Moreover, both Mexican wolves and Mexican grizzly bears were once found in the Sierra Madre Occidental, though they are now believed to be extinct.

Like much of what is now Mexico, the region in and around the Sierra Madre Occidental has been home to humans for thousands of years. Major groups in the region include the Tarahumara, Huichol, and Tepehuanes, among countless others.

Perhaps one of the first Europeans to arrive in the region was Francisco de Ibarra,who traveled along the western coast of Mexico and crossed the Sierra Madre in the 1550s and 1560s. After his crossing a series of mines and missions were established in the area before the turn of the 17th century.

As a result of European encroachment on Indigenous lands, there were a number of revolts throughout the 17th century, particularly after a smallpox epidemic in the 1640s. Meanwhile, the 1700s saw a boom in silver mining, though conflicts between the Spanish and the local peoples upon whose land they mined increased drastically during this time.

By the 1880s, a number of railroads connected the remote parts of the Sierra Madre Occidental with some of the major cities to the south. This helped spur a second wave of mining interest in the region. Logging also began in the range during this time.

Within the range, most towns and communities are quite small and can be difficult to access depending on your mode of transportation. However, the Ferrocarril Chihuahua al Pacífico (a.k.a. El Chepe) is a major train line that connects the city of Chihuahua to the coastal city of Los Mochis through Copper Canyon, providing an important transportation link for residents of the region.

Much of the Sierra Madre Occidental is quite remote, though there are a few areas in the range that are popular for outdoor recreation. Here are some of the best places to check out:

Located in the northern part of the range in the state of Chihuahua, the Basaseachic Falls National Park (Parque Nacional Basaseachic) is home to the second largest waterfall in Mexico. With a height of 246m (853ft), Basaseachic Falls is a popular tourist destination, thanks to its rugged scenery and staggering cliffs.

The park protects a series of unique rock formations and is one of the few areas in the country that is known to have a population of black bears. It is a very popular hiking and climbing destination, particularly from people coming from Chihuahua. Camping is also available in the park for overnight visitors.

Here are some of the best places to stay before or after your trip into the Sierra Madre Occidental:

The city of León is the largest in the state of Guanajuato, with some 1.6 million people. It is located just to the southeast of the Sierra Madre Occidental and is known for its big leather industry.

León is known for its extensive bicycle paths and good transportation system. It has an international airport, though it mostly serves airports within Mexico and a few destinations in the United States.

Hermosillo is the capital and the largest city of the state of Sonora with some 800,000 people. It is located to the west of the northernmost part of the Sierra Madre Occidental and is often ranked as one of the best cities to live in in Mexico. Hermosillo has an international airport, though, the majority of flights go to major cities in the country with occasional flights to the United States. 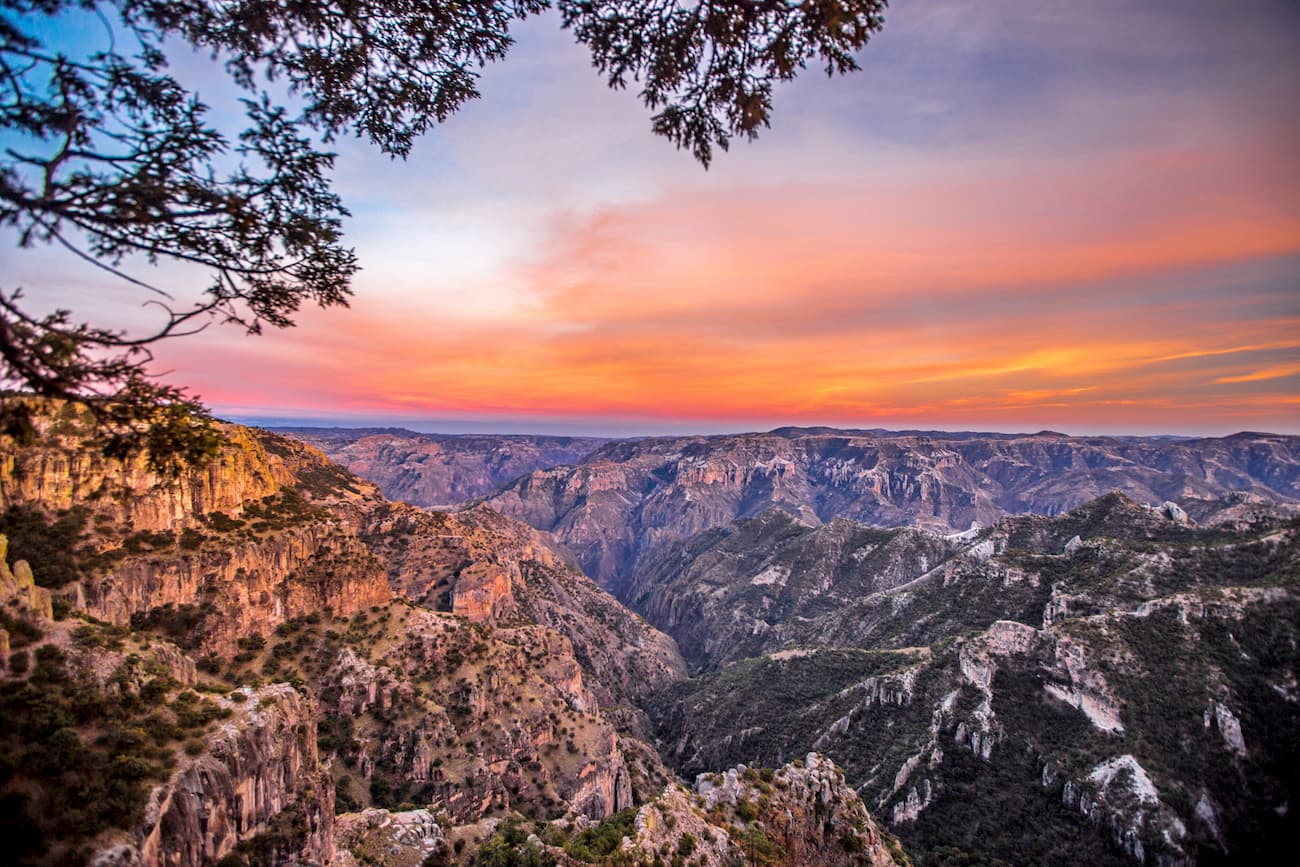 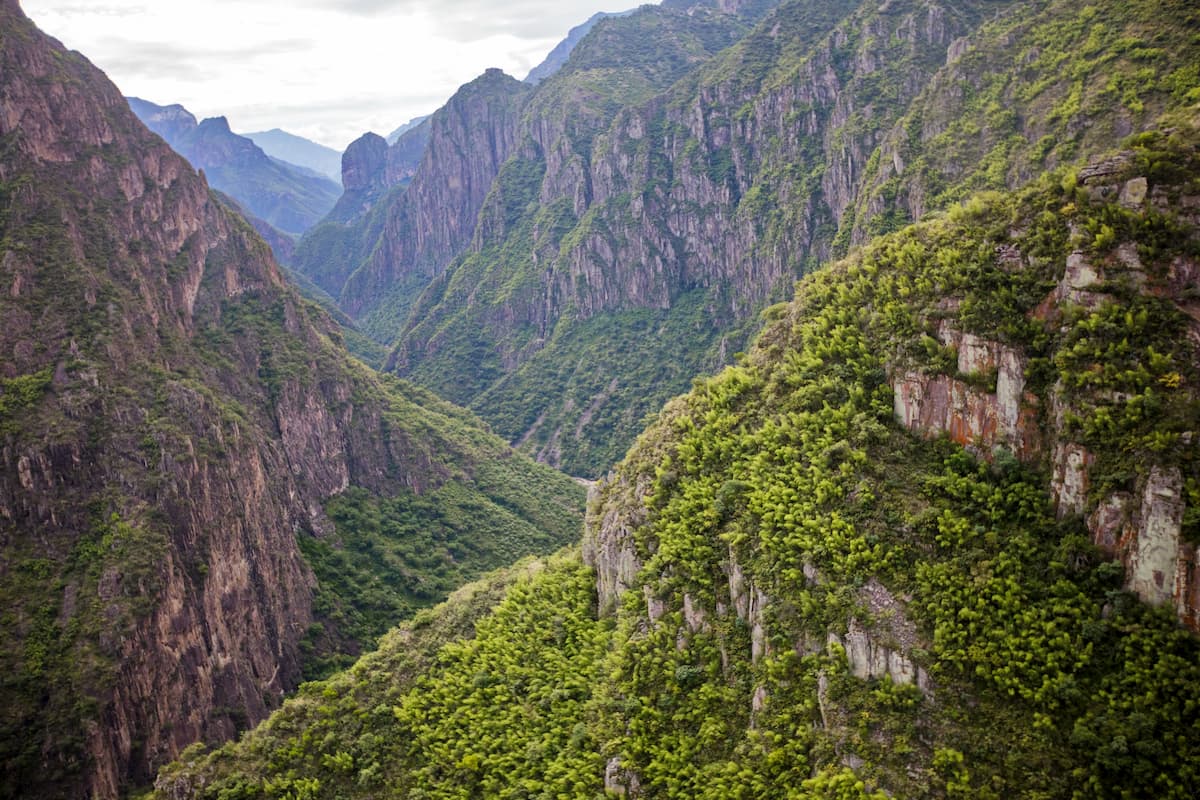 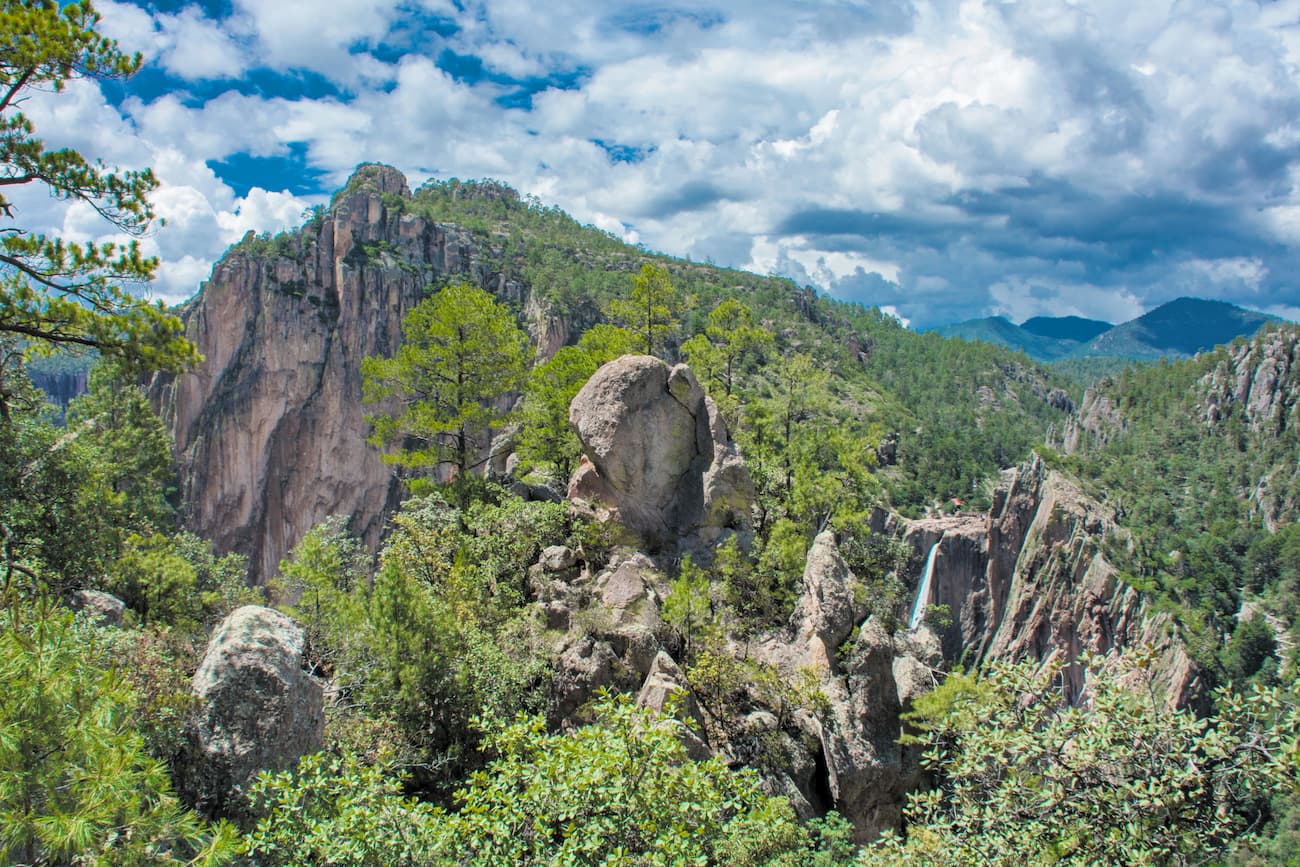 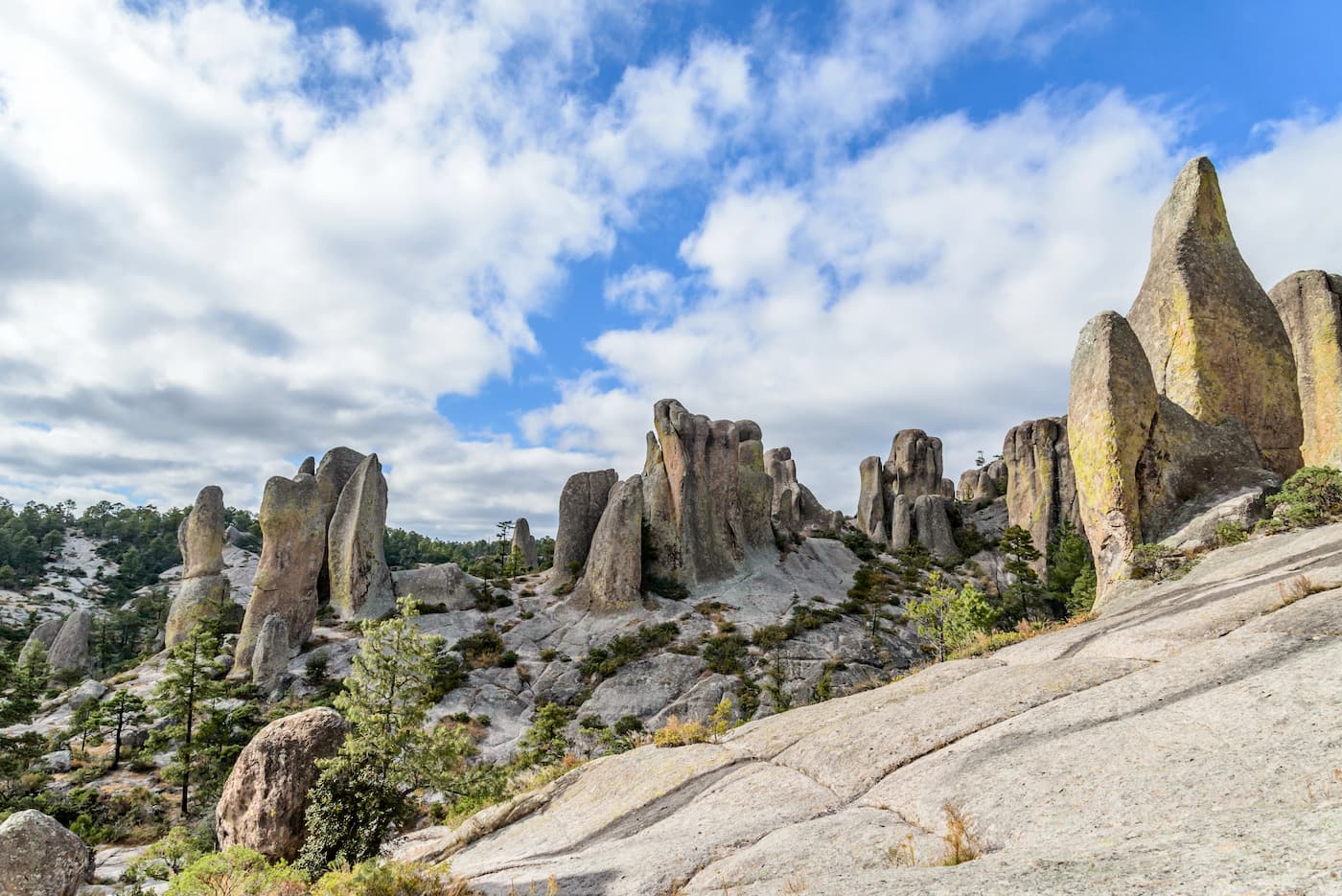 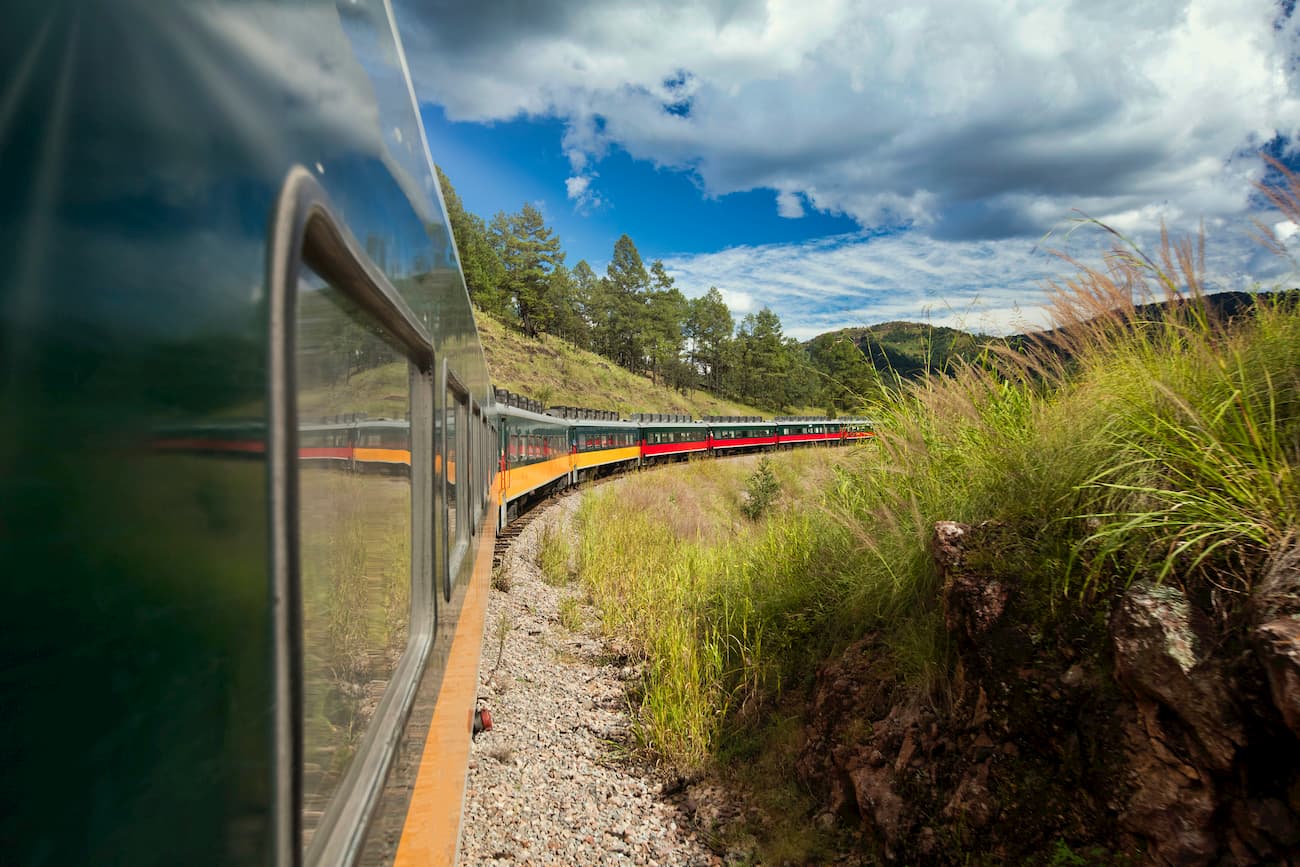 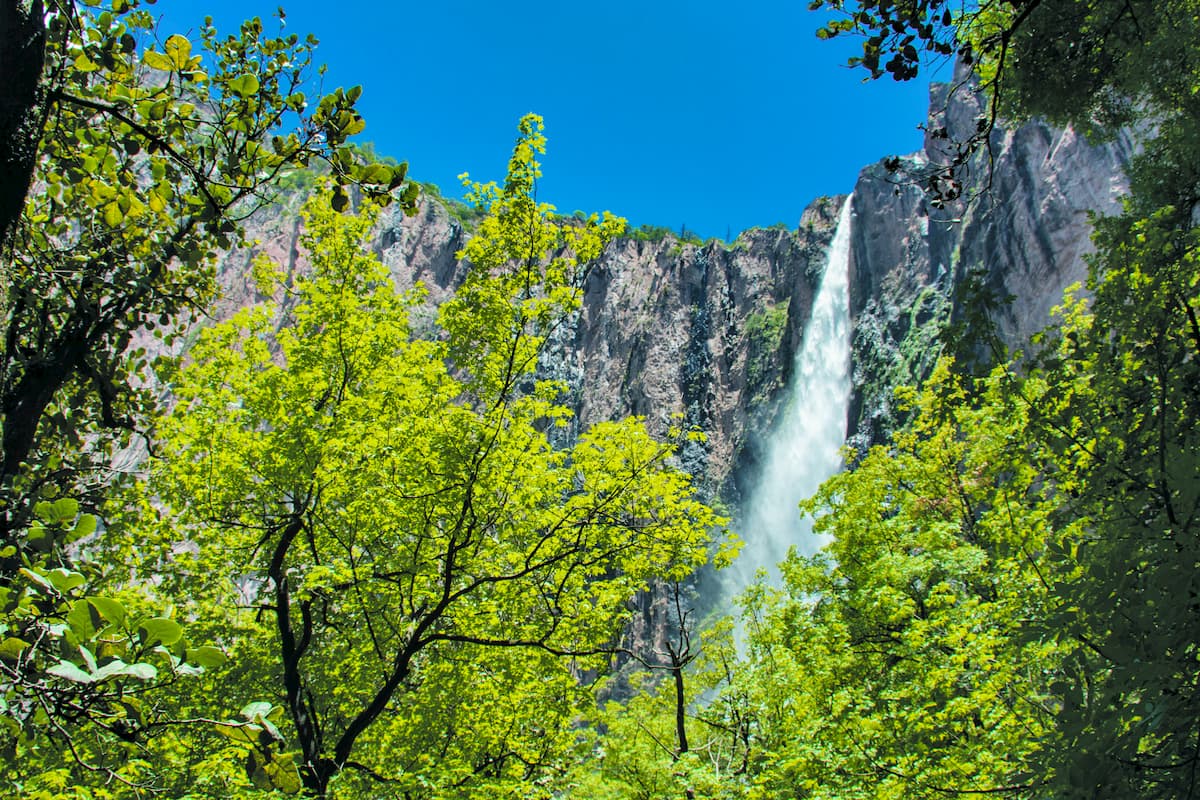 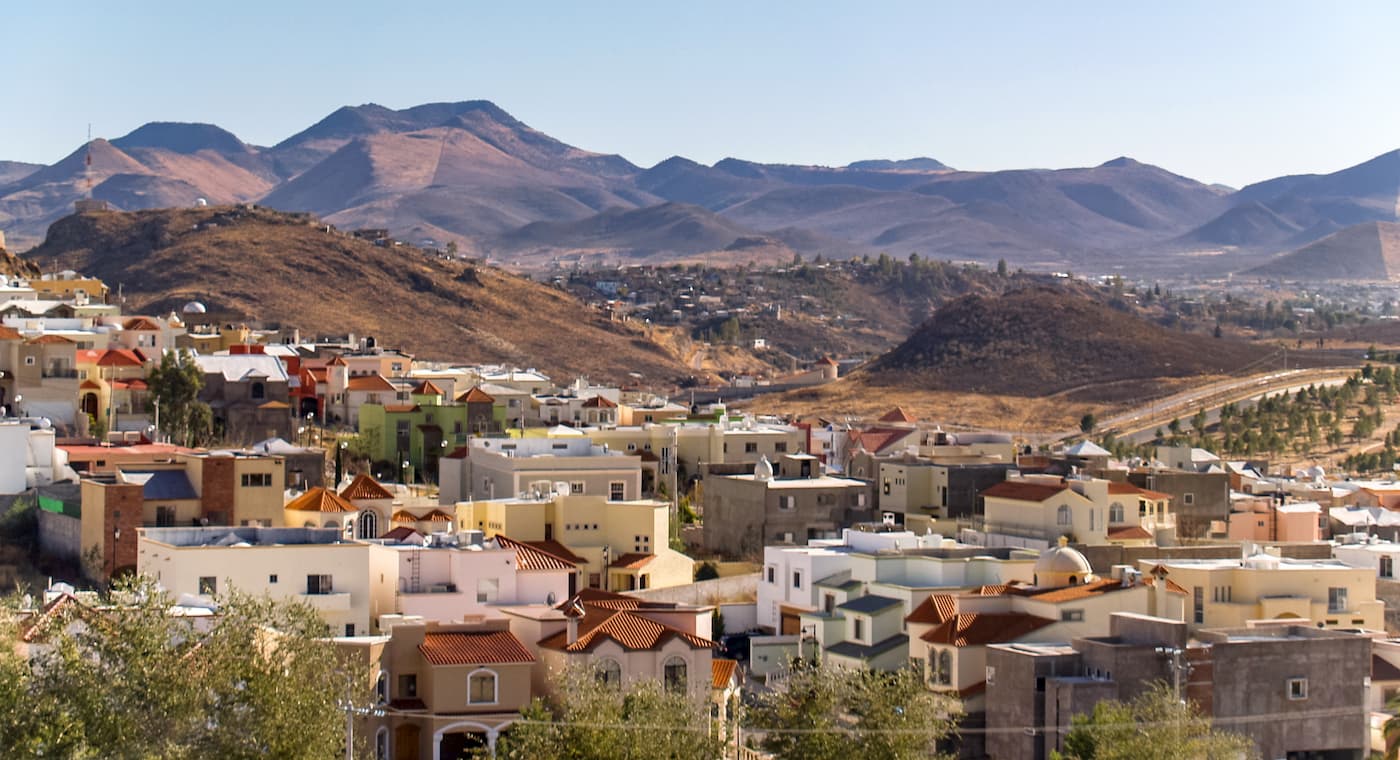