The Chiapas Range, or the Sierra Madre de Chiapas, as they’re often called, is one of Central America’s major mountain ranges. It is located in the state of Chiapas in Mexico, along the country’s border with Guatemala. The range contains 1206 named mountains, the highest and most prominent of which is Tajumulco (4,202m/13,786ft). 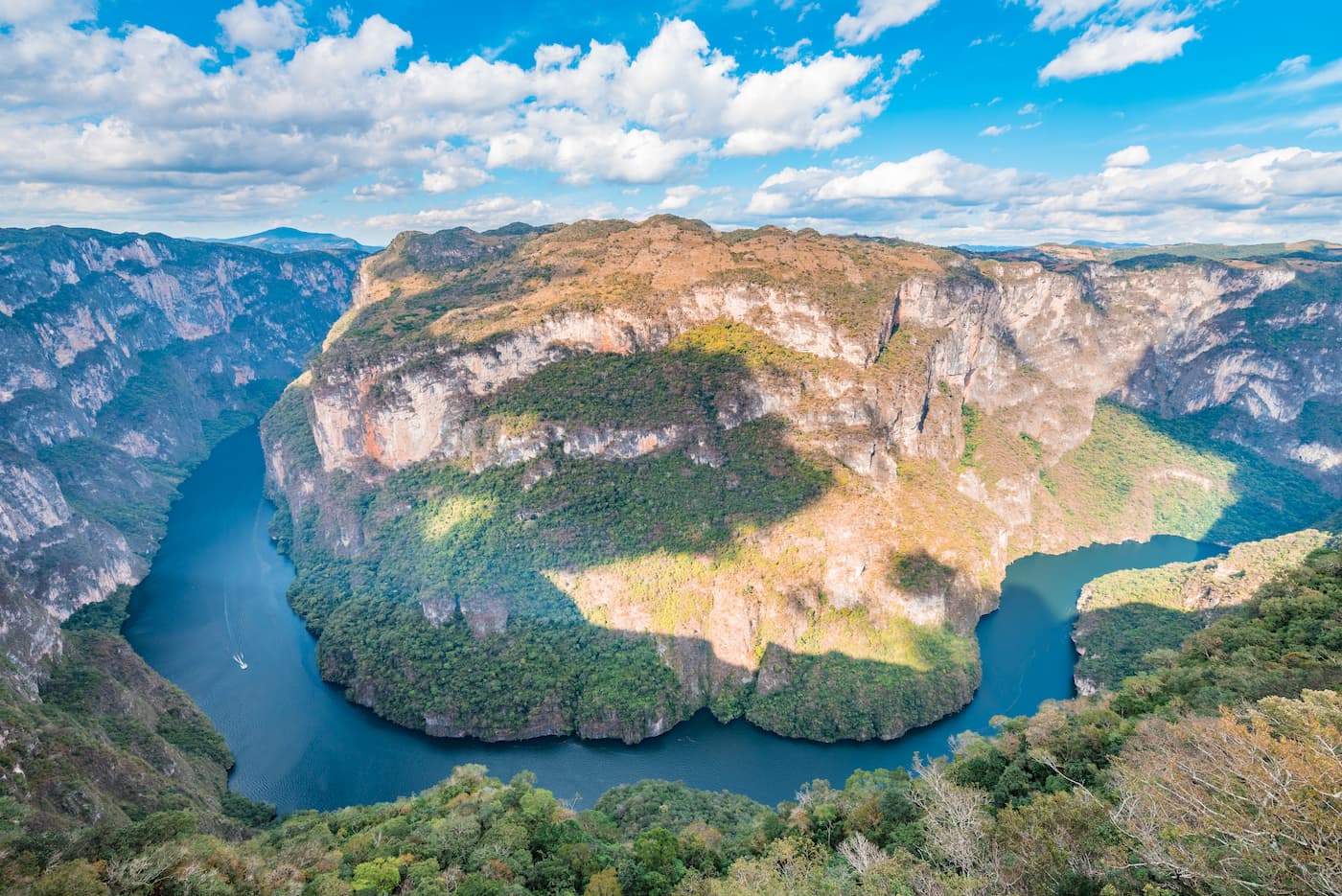 The range is part of a large cordillera of peaks that extends along the western coast of the Americas. To the west, the Chiapas Range is bordered by the Sierra Madre del Sur and the Cordillera Neovolcánica.

Meanwhile, the eastern part of the range borders the peaks of the Yucatan, which cover the states of Yucátan, Quintana Roo, and Campeche, as well as the countries of Guatemala and Belize. Finally, to the south, the Chiapas Range transitions into the peaks of the Guatemala Ranges and Central Central America, which includes most of Honduras, El Salvador, and Nicaragua.

The Chiapas Range is part of the Central America Volcanic Arc, which includes many of the largest ranges in southern Mexico, Guatemala, Nicaragua, El Salvador, Costa Rica, and Panama.

This volcanic arc formed as the Cocos Plate (a young plate beneath the Pacific Plate) subducted under the Carribean, Panama, and North American Plate. Overall, it has a length of about 1,500km (930mi), and the entire arc is home to some of the largest volcanoes in the region.

There are hundreds of volcanic formations within the region, including cinder cones and lava domes. Some of the largest volcanoes within the Central America Volcanic Arc include Tajumulco and Tacaná (both of which are in the Chiapas Range), as well as Arenal, Irazú, Turrialba, Rincón de la Vieja, Concepción, Pacaya, and Volcán de Fuego.

The region is known for being highly volcanically active. Not too far from the southern edge of the Chiapas Range, in 1902, Volcán Santa Maria in Guatemala had a massive VEI 6 eruption, placing it among the largest in recorded history.

Within the Chiapas Range, two of the largest stratovolcanoes are Tajumulco and Tacaná, both of which are among the most prominent peaks on the continent.

Tacaná, in particular, has a 9km (5.6mi) wide caldera and has had mild eruptions over the last few centuries. One of the biggest of Tacaná’s most recent eruptions was around 70 CE, during which time it likely registered a VEI 4 and created large pyroclastic flows.

Meanwhile, Tajumulco has a large crater on one of its 2 summits, as well as a large andesitic-dacitic lava flow on its northern edge. Relatively little is known about the eruptive history of Tajumulco and reports of eruptions during the 18th and 19th centuries have been disputed.

Most of the southern Chiapas Range is located within the Sierra Madre de Chiapas moist forests ecoregion, which covers a substantial portion of southern Mexico, Guatemala, and El Salvador.

In this area, the climate is particularly tropical and humid as the region’s prominent mountains cause much of the moist air from the Pacific to precipitate on their western and southern slopes.

As a result the region is home mostly to broadleaf evergreen forest, which support hundreds of bird species. There are also many endemic butterflies and salamander species in the range. However, much of the region’s forests have been cleared for agriculture, grazing, and for road construction, leaving the forests highly fragmented.

In the northernmost parts of the range and at higher elevations, the landscape transitions into the Central American pine-oak forests ecoregion. This ecoregion covers much of Chiapas, as well as Guatemala, El Salvador, Honduras, and Nicaragua. It is considered critical or endangered as an ecoregion, mostly due to human development.

Within these forests, which are mostly between 600-1,800m (2,000-5,900ft) in elevation, the landscape is dominated mostly by temperature species, such as oaks, firs, cypress, and pines.

The region in and around the Chiapas Range has been inhabited by humans for thousands of years, long before the arrival of the Spanish in the 16th century. Mayan civilizations were fairly well developed in the region, particularly near Tabasco and Guatemala, though these cities all appear to have collapsed around 900 CE.

The arrival of the Spanish colonizers and conquistadors in the region led to the spread of diseases. They also established many missions in the 1500s and some of the largest cities in what is now the state of Chiapas.

Interestingly, the rugged terrain of the Chiapas Range played a substantial role in the development of Chiapas as a political entity. Due to the region’s distance and isolation from authorities in both Mexico city and Guatemala, as well as the low concentration of precious minerals in the region, Chiapas experienced relatively few battles of independence.

The Chiapas Range’s ruggedness is still one of the many reasons why the region is so sparsely populated when compared to the nearby cities.

However, the range is known for its coffee production, which has remained a source of major economic importance to this day. The region is also a major logging area, as it is home to valuable woods, such as cedar, mahogany, oak, and cypress.

The Chiapas Range is home to dozens of great hiking areas, however, the highest peaks in the range are mostly undeveloped and require mountaineering skills to summit. Here are some of the more popular hiking areas in the region to check out.

Parque Nacional Cañón del Sumidero (Cañón del Sumidero National Park) is located in Chiapa de Corzo in the west-central part of the Chiapas Range. It was formally designated as a national park in 1980 and was designed to protect the massive canyon of the Grijalva River.

To this day, the park remains one of the most important tourist sites in the state of Chiapas. It is often visited by boat, though the river has many rapids and waterfalls along its path through the canyon.

Moreover, the park has a number of large caves. It is also home to some endangered and threatened species, including the American crocodile and the Central American river turtle. Pollution of the river from the nearby city of Tuxtla Gutiérrez, the largest in the state, continues to be a challenge for environmentalists.

Palenque (a.k.a. Bàakʼ or Lakamha) is the remains of an ancient Mayan city state that dates back to around 226 BCE. It is perhaps the most popular tourist attraction in the Chiapas Range as it is well-known for its fine, well-preserved architecture.

Many who visit Palenque do so to see the area’s many temples and pyramids, some of which are in impressively good condition.

The Cascadas de Agua Azul (Blue water waterfall) are located in Tumbalá, in the northern part of the Chiapas Range.

They are a fairly popular tourist attraction due to the series of waterfalls on the Xanil River, some of which have drops of up to 6m (20ft). Additionally, the water that runs through the Xanil River is high in calcium carbonate, so thick shells of limestone encapsulate many of the waterfall’s rocks.

Here are some of the best places to stay if you’re looking to visit the Chiapas Range:

Tuxtla Gutiérrez is the capital of the state of Chiapas and its most populous city, with a population of about 600,000 people. It is located in the central portion of the state, just south of Parque Nacional Cañón del Sumidero.

However, it is more of a transportation hub than a tourist attraction, due to its proximity to the Ángel Albino Corzo International Airport. The city is also served by the Pan-American Highway and by a number of bus lines.

San Cristóbal is highly mountainous and is known for its colonial architecture. It is a popular tourist destination, thanks to its beautiful cathedrals, open air markets, and natural attractions. 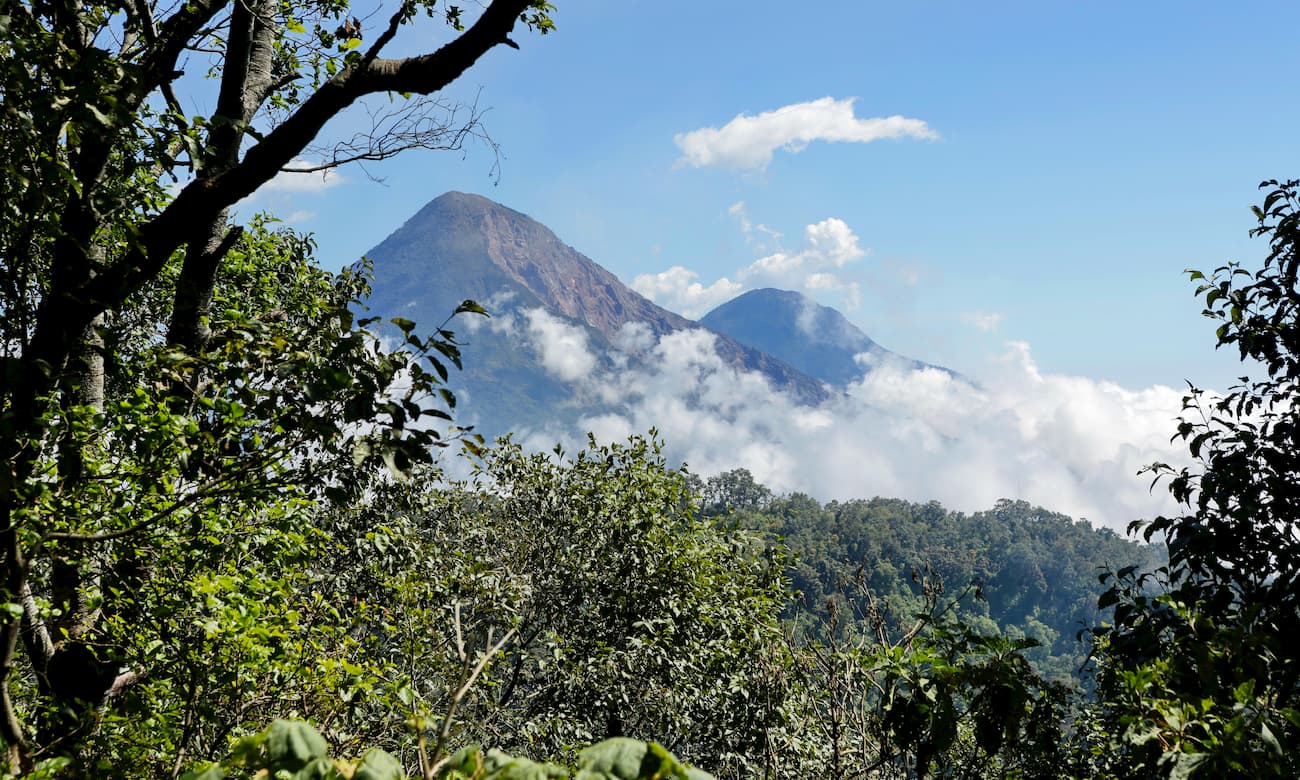 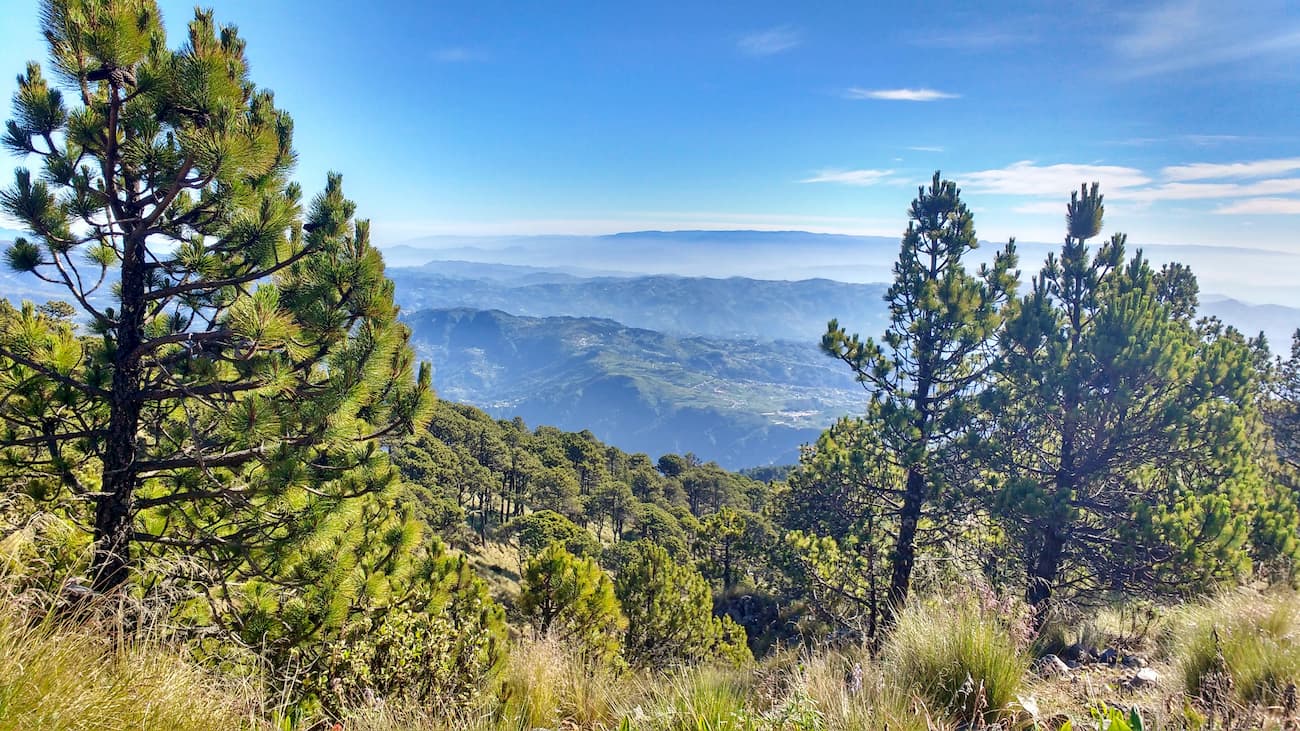 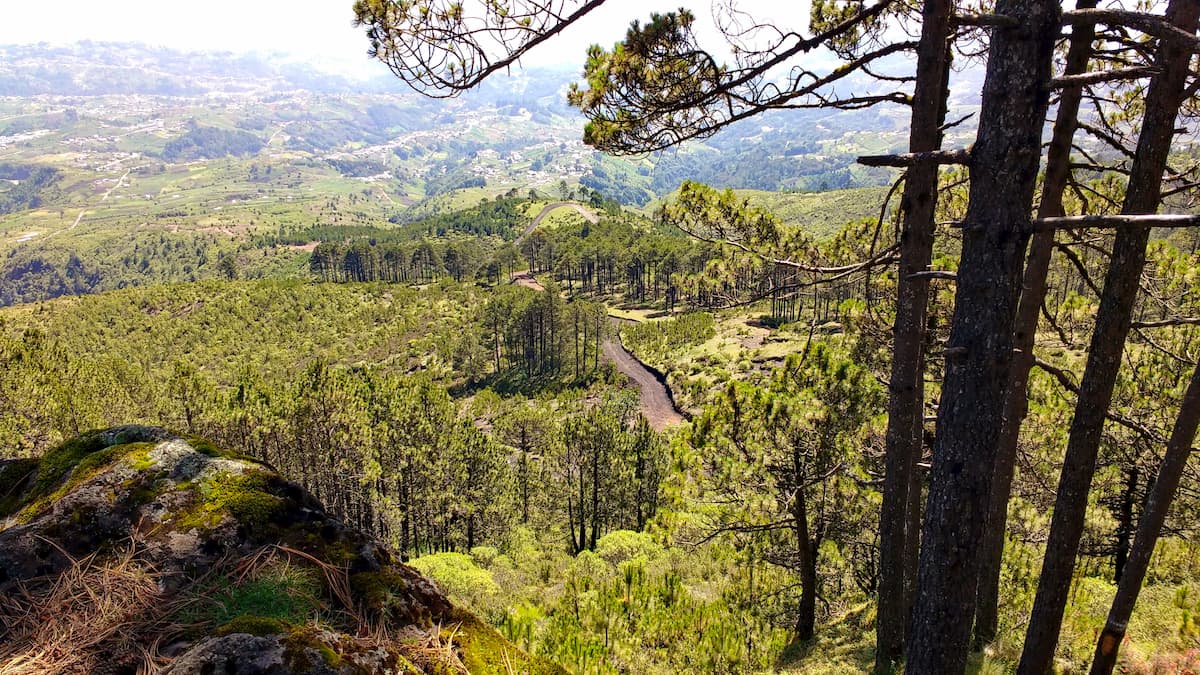 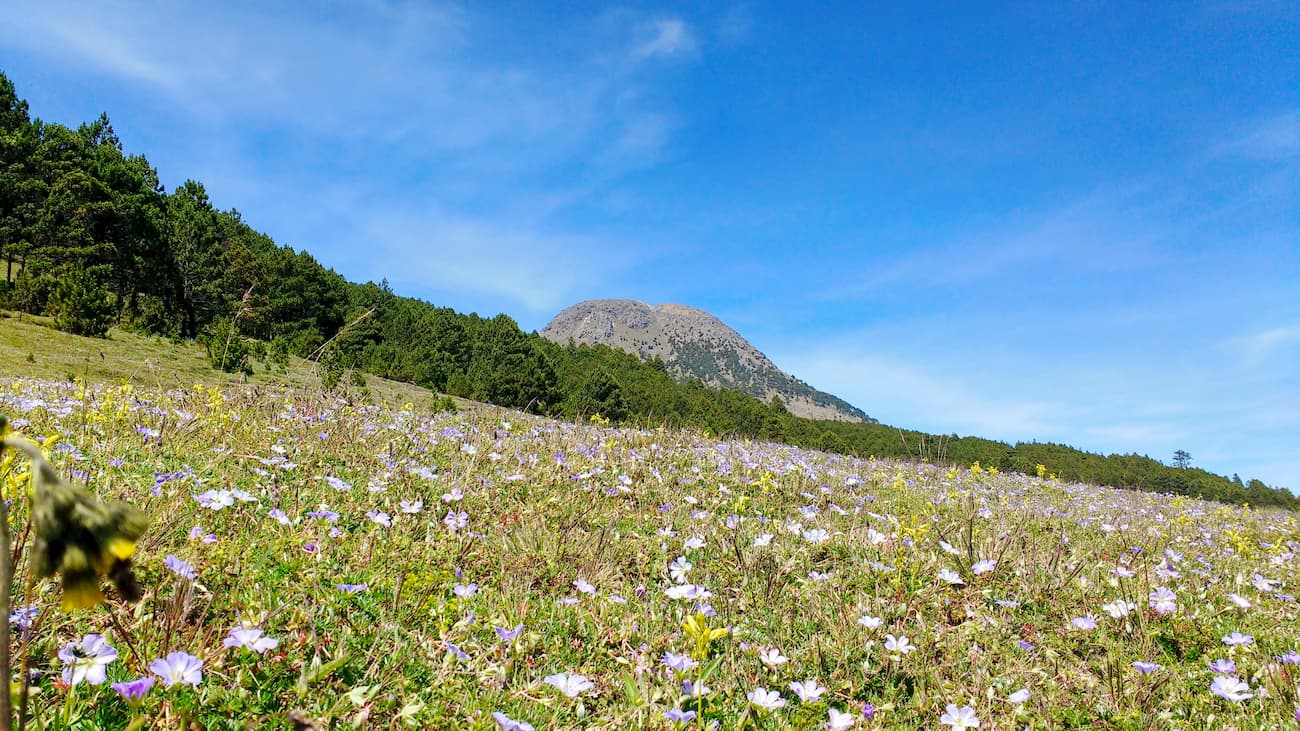 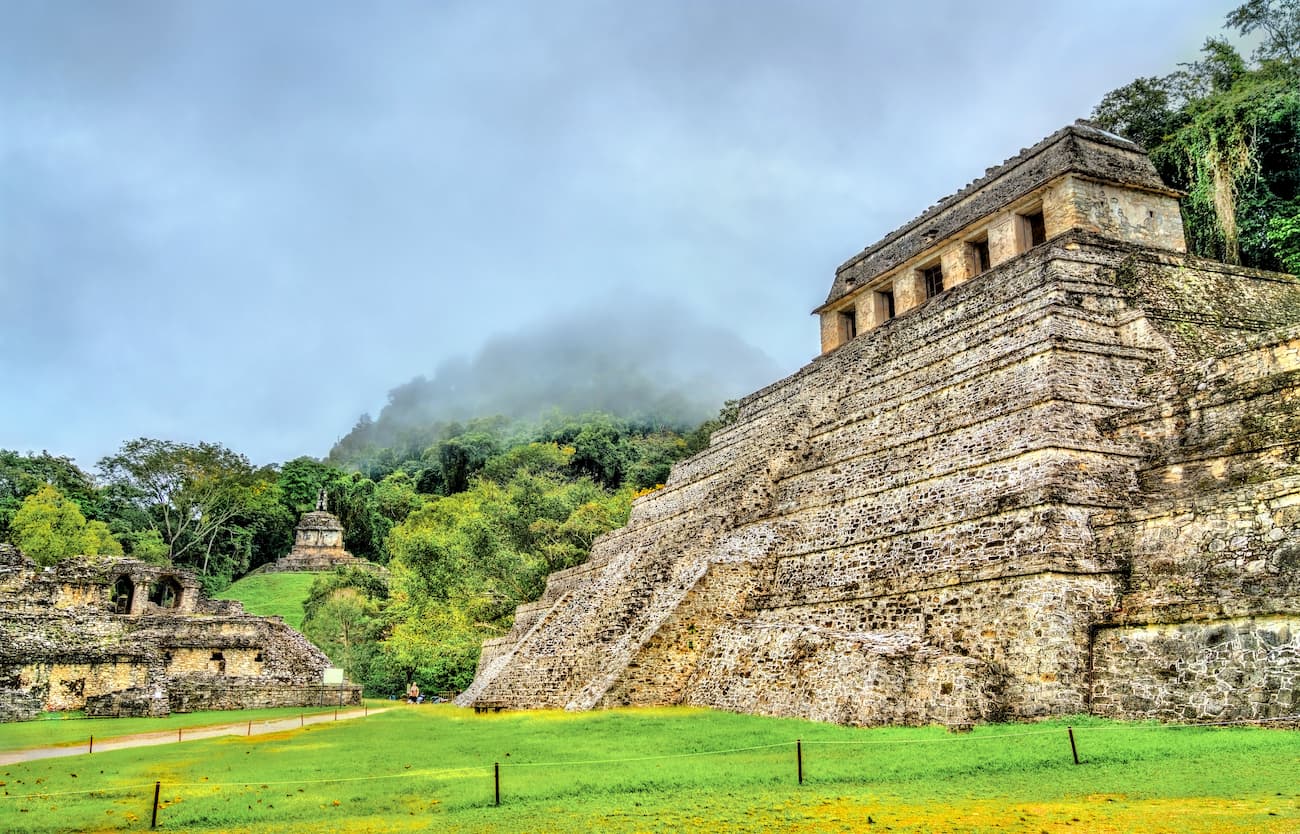 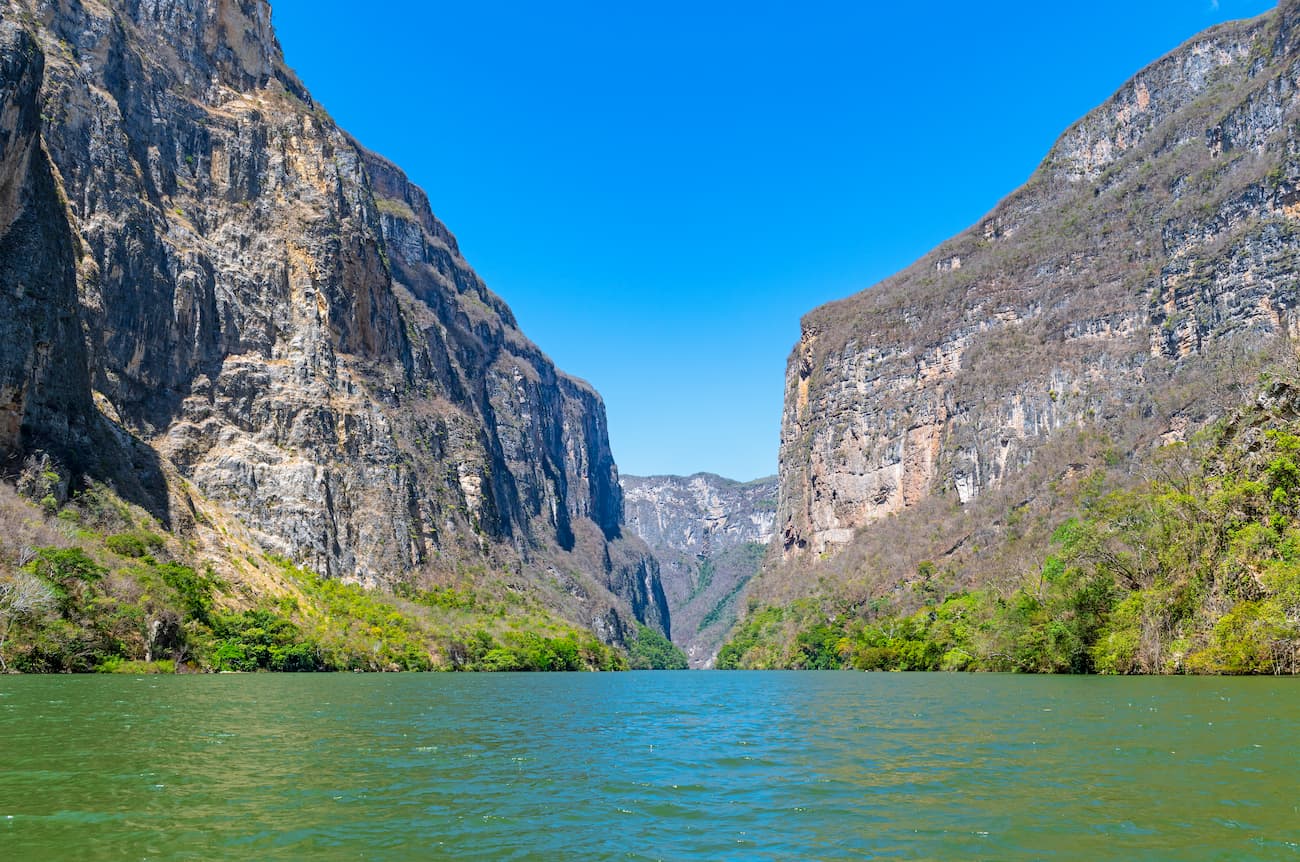