3 432 m
Elevation
Elevation is the altitude of a place
above sea level.

1 892 m
Prominence
Peak’s prominence is the least
vertical to be covered to get from the
summit to any other higher terrain.

Proportional Prominence 3 150 m
Ultra
Mountains with prominence of 1 ⁠500 ⁠m / 4 ⁠921 ⁠ft or more.
Volcano
Most commonly a conical hill or mountain built around a vent that connects with reservoirs of molten rock below the surface of the Earth.
Location
9.978843 N  -83.847092 W
The Irazú Volcano (Spanish: Volcán Irazú) is an active volcano in Costa Rica, situated in the Cordillera Central close to the city of Cartago.

The name could come from either the combination of "ara" (point) and "tzu" (thunder) or a corruption of Iztarú, which was the name of an indigenous village on the flanks of the volcano. In Costa Rica it is known by the name of "El Coloso" (The Colossus) due to the catastrophes that it has provoked in the past.

The volcano's summit has several craters, one of which contains Diego de la Haya, a green crater lake of variable depth. At 11,260 feet (3,432 m), the Irazú Volcano is the highest active volcano in Costa Rica. It is easily visited from San José, with a road leading right up to the summit craters and a weekly bus service to the top. It is thus a popular tourist spot. The summit of the volcano also houses a few television transmitters for television stations in San José.

From the top it is possible to see both the Atlantic and Pacific Oceans on a clear day. However, such clear days are rare, and the volcano's summit is usually cloud-covered.

The volcano is contained within the Irazú Volcano National Park, which spreads across 5,705 acres (2,300 ha). The national park contains both primary and secondary montane forests and is home to armadillos, owls, rabbits, foxes, woodpeckers, and hummingbirds.
There's a hiking trail (T1) leading to the summit. 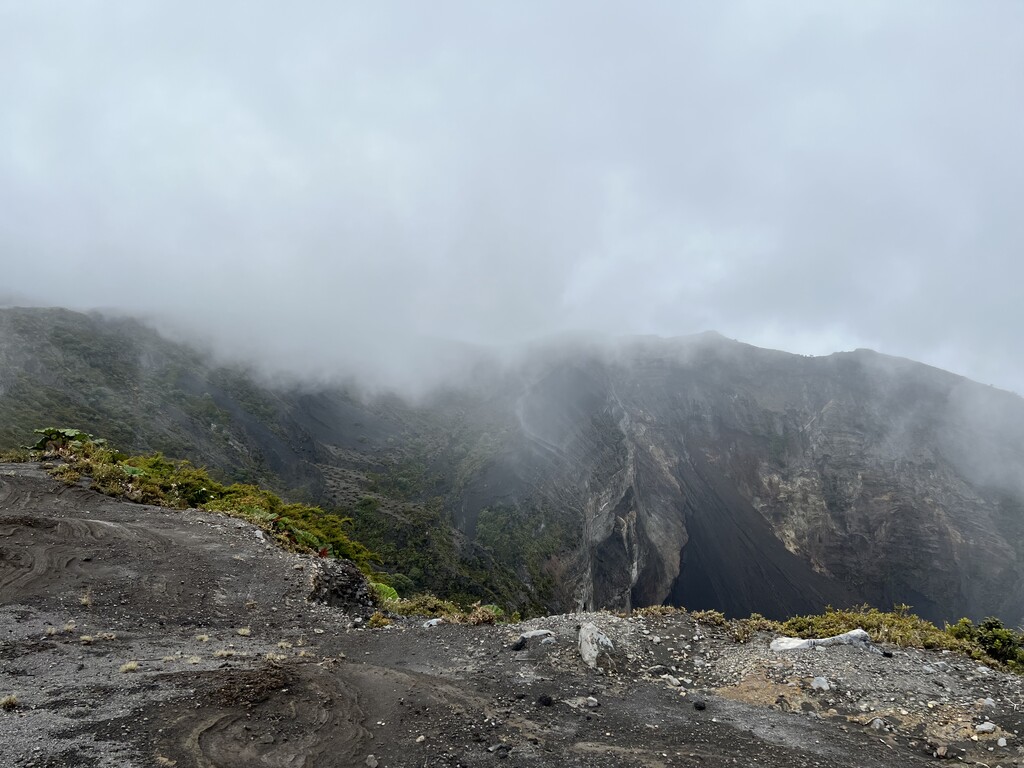 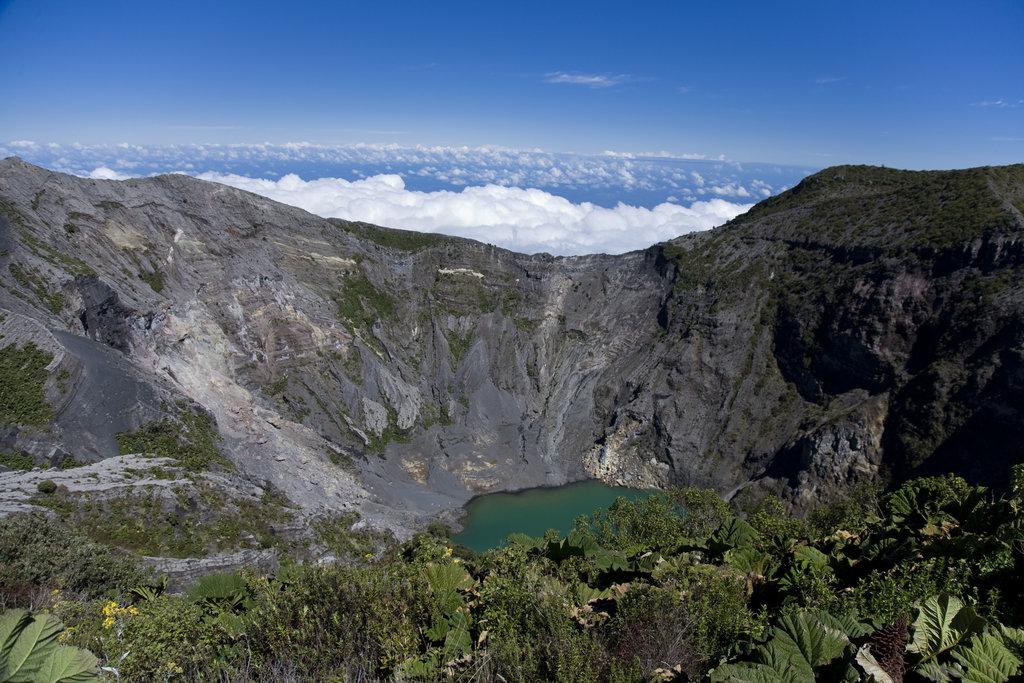 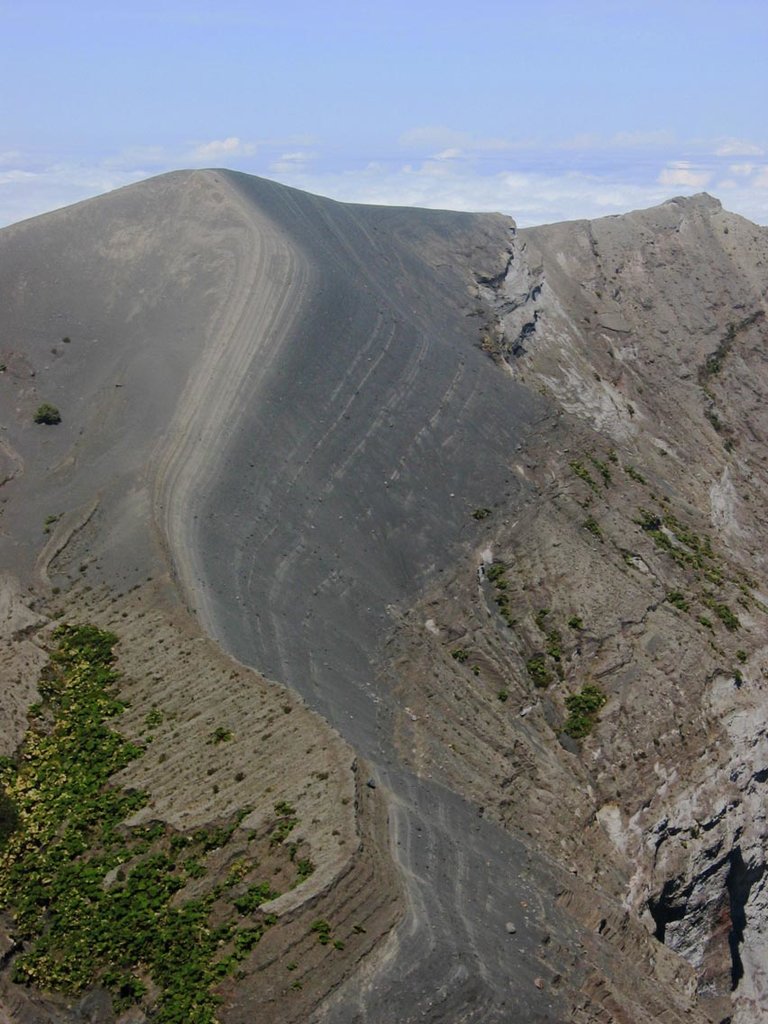 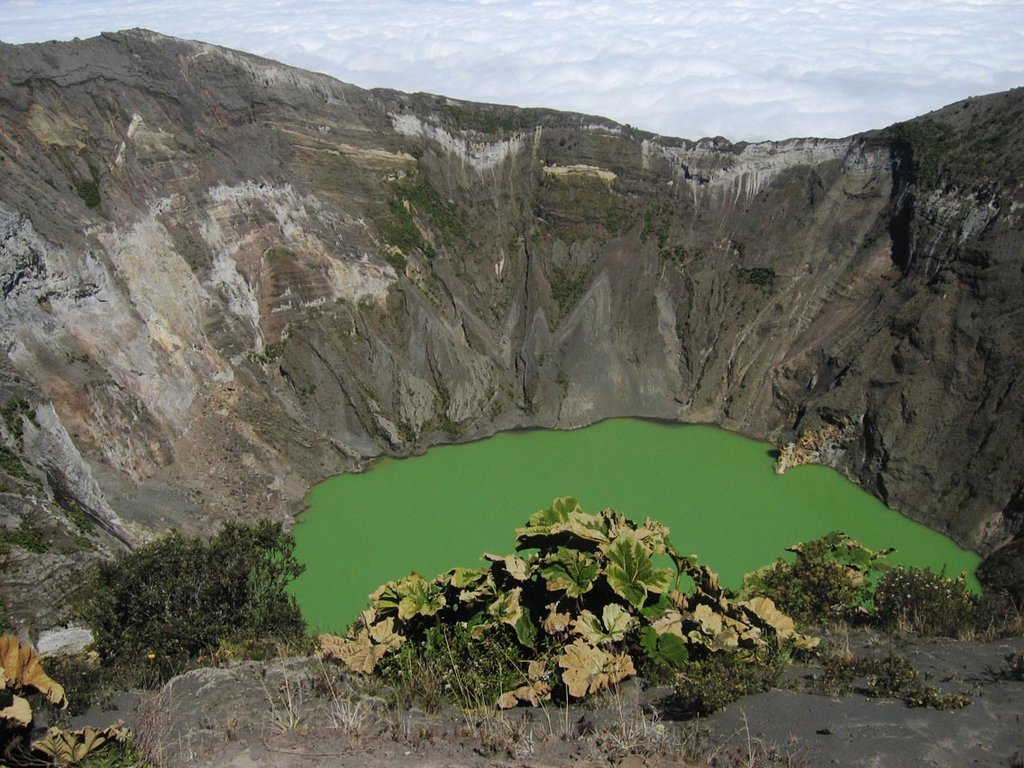 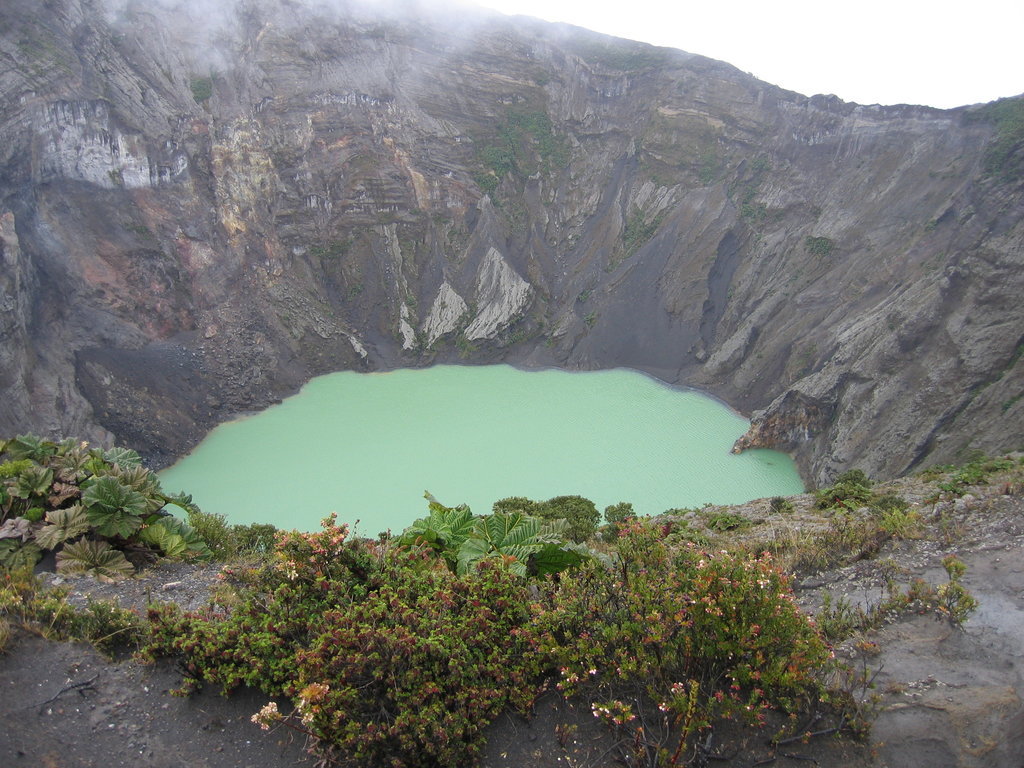