Nicaragua
2
Mountains with prominence of 1 ⁠500 ⁠m / 4 ⁠921 ⁠ft or more.
Highpoint

Located in Central America lies the country of Nicaragua. As the largest country within region, Nicaragua covers a region spanning 50,338 miles and has a total population of 6.5 million. Honduras lies to the north with Costa Rica to the south. There are 1222 named mountains in Nicaragua. Mogotón is the highest point at 6,877 feet. The most prominent mountain is Volcan San Cristobal with 5,571 feet of prominence. 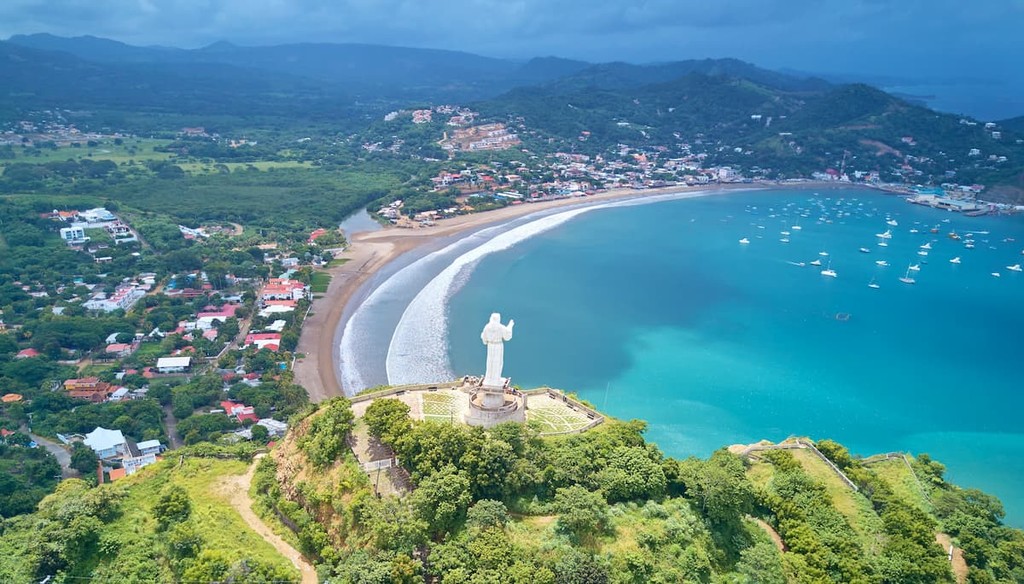 Nicaragua is often referred to as the land of many lakes and volcanoes. As a whole, the country consists of three unique geographic locations. These include the Pacific lowlands, Amerrisque Mountains, and the Mosquito Coast. The Pacific lowlands are full of fertile lands and dominate the Pacific side of the nation. It is here that the two largest freshwater lakes in Nicaragua, and all of Central America lie. Lake Nicaragua is also home to the rare freshwater shark. Surrounding Lake Managua and Lake Nicaragua are the fertile land of the Gulf of Fonseca.

To help protect the biodiversity, nearly 1/5 of the country’s land is protected. The Pacific lowlands consist of The Cordillera Los Maribios mountain range which include the stratovolcanoes Mombacho and Momotombo. The country is home to over 40 volcanoes, with many of them still being designated as active. The north central highlands is perhaps the most diverse region of the country. While some of the land is protected, other sections are designated for coffee, vegetables, gold, and tourists’ activities. It is here that the land is characterized by numerous rivers, forests, and hiking trails. Along the eastern coastline lies the Caribbean lowlands. This region of Nicaragua is known for its lush rainforests and large rivers. The rainforests and jungles of Nicaragua cover 2.4 million acres and are often referred to as “the lungs of Central America''.

Today there are nearly 80 protected regions throughout the country. This encompasses 8,500 square miles which accounts for 18% of the country.

Cosiguina Volcano: This volcano is responsible for one of the most violent eruptions in the country in recent history, back in the early 1800s. In the early 1900s, a lake developed in the crater, which is one of the main viewpoints for hikes in the area. There are multiple options for hiking the volcano, either hiking from the base or driving part of the way up. Either way, the trails along this volcano are full of biodiversity, lush forests, birds, monkeys, and breathtaking views.

Indio Maiz Biological Reserve: This biological reserve is located in the southeastern corner of Nicaragua covering 1,227 square miles. The reserve is full of biodiversity with more species than all of Europe. On average the region receives 155 inches of rainfall each year, characterizing it as a tropical rainforest. While much of the reserve can’t be accessed by humans, hiking trails start from the Bartola and San Juan del Norte entrances.

Mombacho Cloud Forest Reserve and Volcan Mombacho Nature Reserve: Surrounding Volcan Mombacho lies these two reserves. Within the Mombacho Nature Reserve lies in southwestern Nicaragua. Higher elevations are characterized as cloud forest, home to both flora and fauna that is only found in this region of the world. Hiking trails run throughout the reserve with the most notable being one that circles the crater along with the El Puma trail within the forest.

The largest city in Nicaragua is Managua with a population of 1.1 million. The capital city sits along the south shore of Lake Managua. Within the bustling city also lie four lagoons, including the Tiscapa Lagoon Natural Reserve. The city experiences a tropical climate with a dry season lasting November to April. In recent decades, more people from the United States and Europe are retiring in Nicaragua and the area surrounding Managua.

Located 55 miles northwest of Managua lies the city of Leon that sits 11 miles off of the Pacific coastline. This diverse town is home to over 210,000 people and is surrounded by Momotombo volcano, Cerro Negro volcano, and the San Jacinto Swarms. 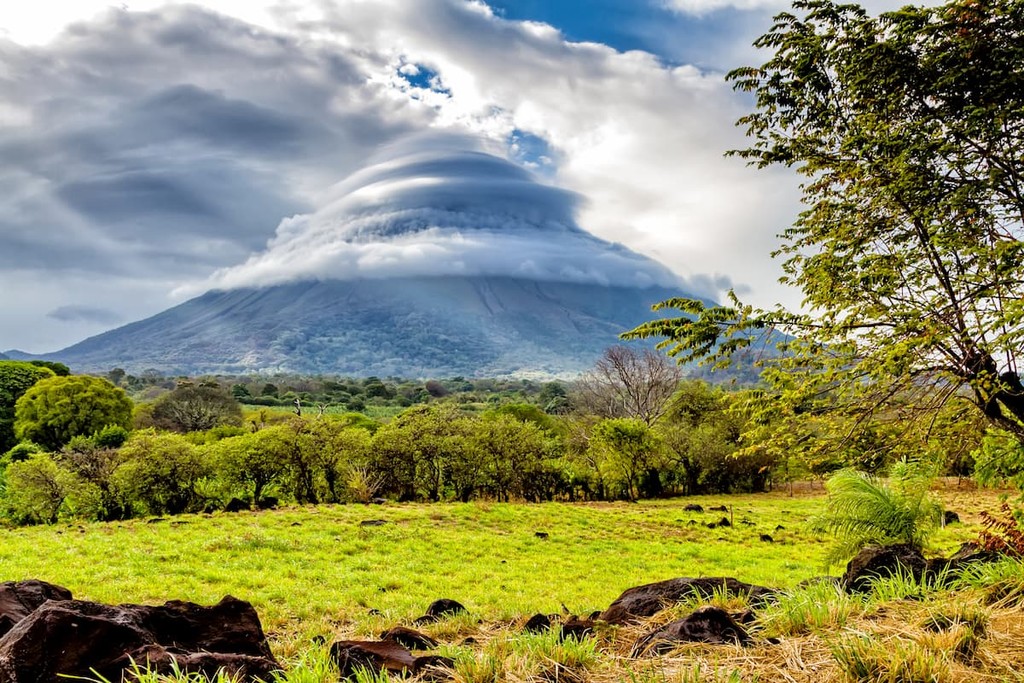 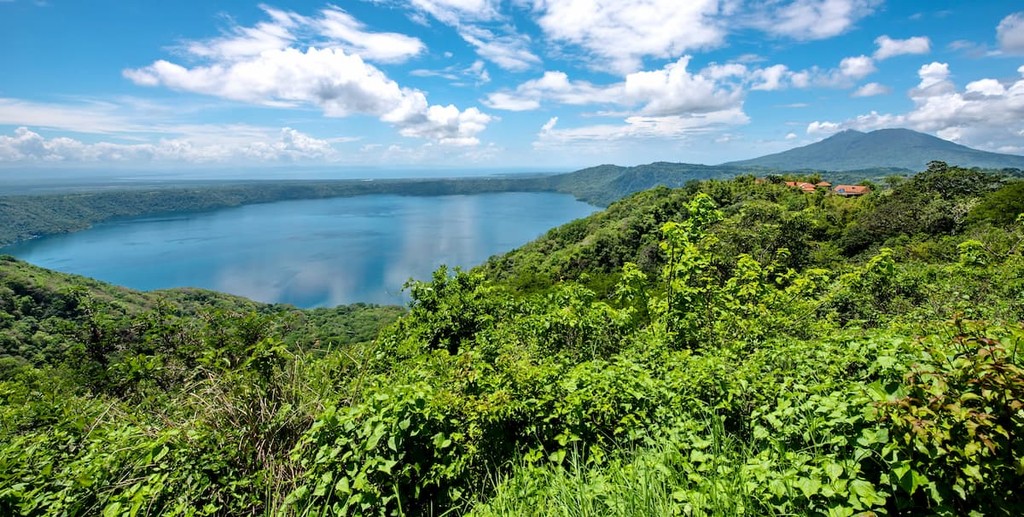 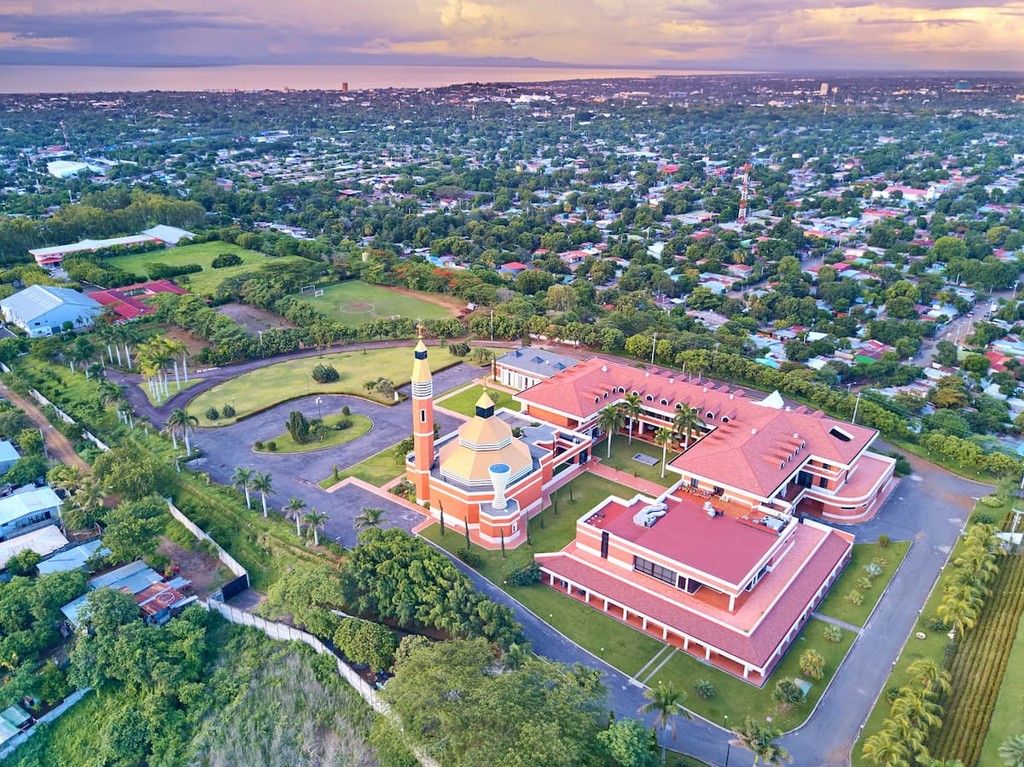 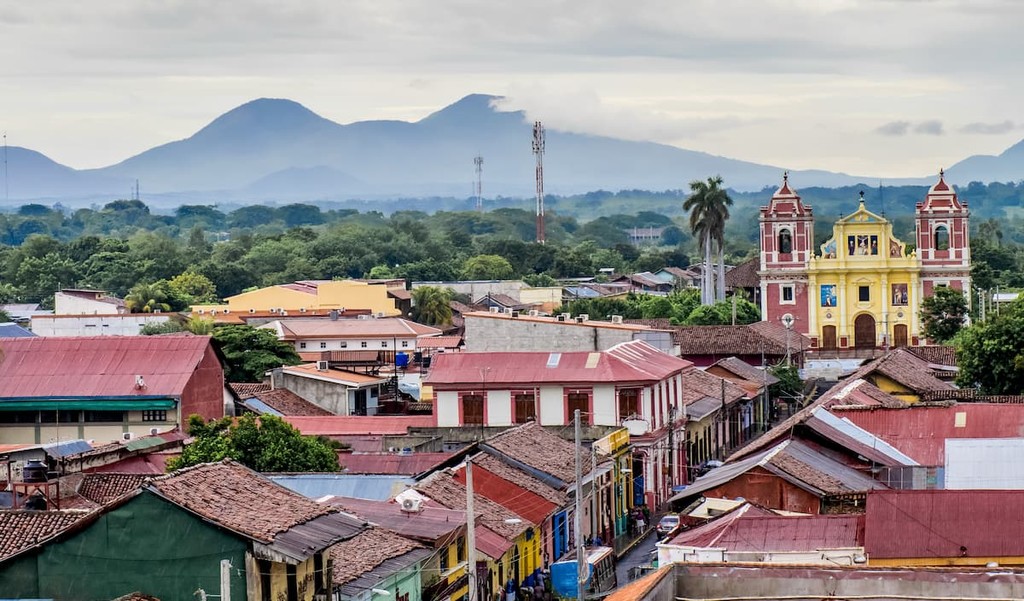 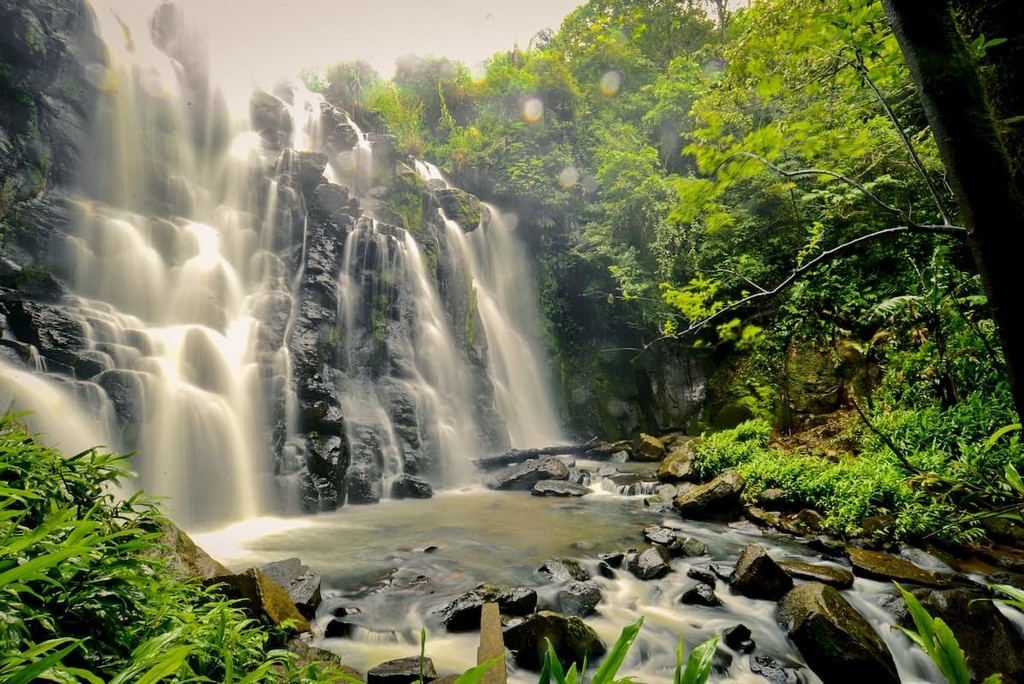 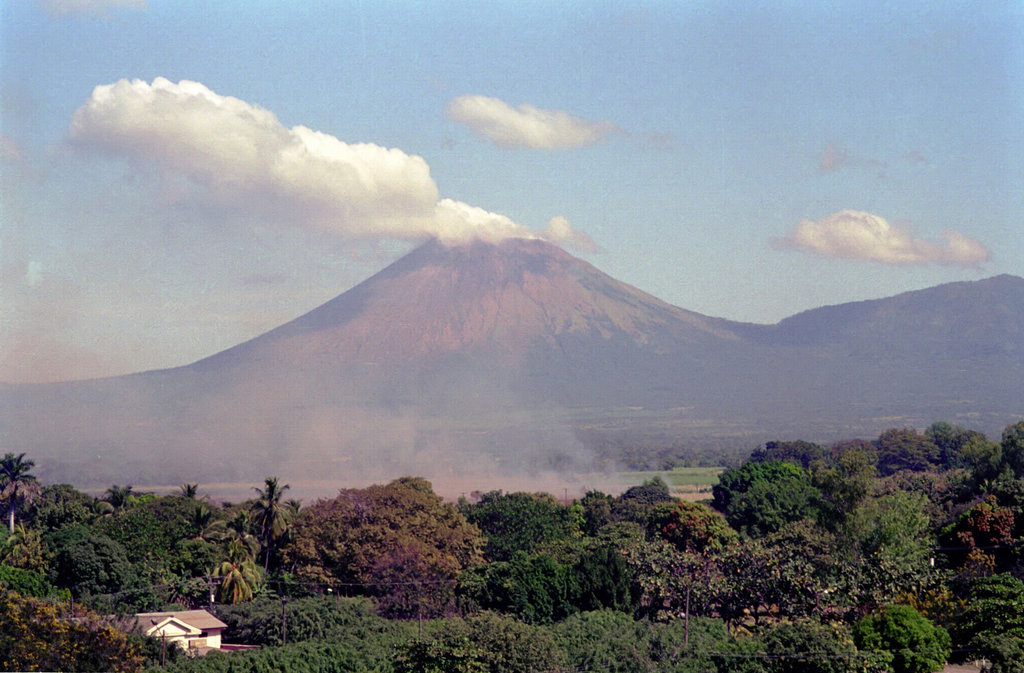 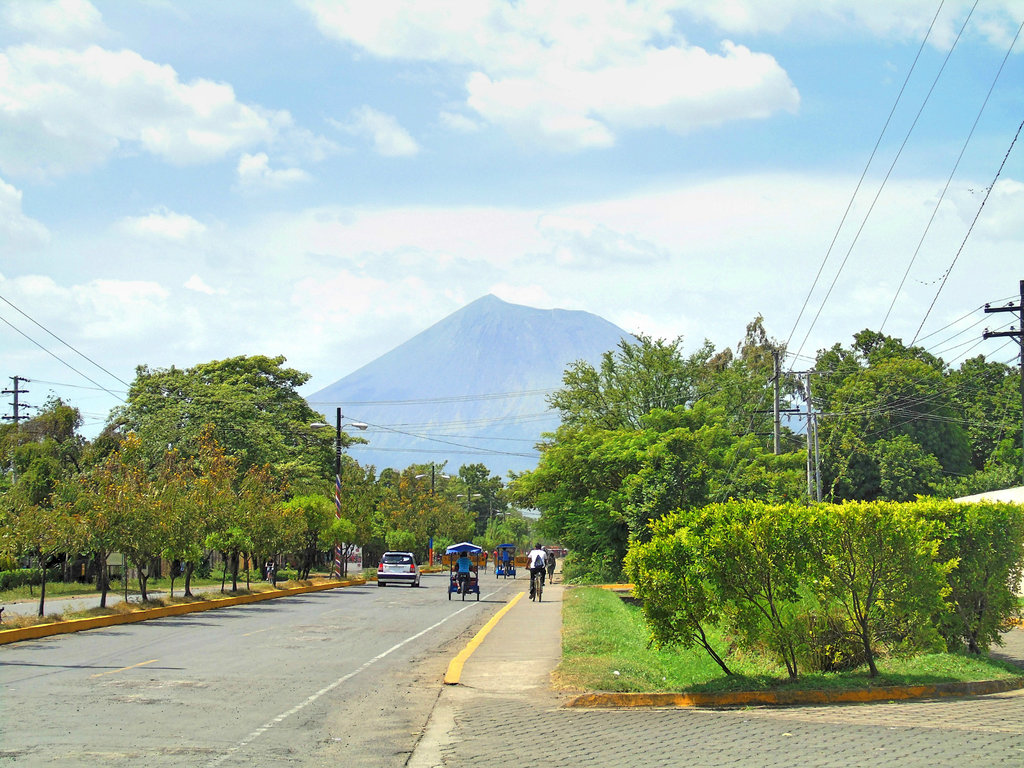