Known for its biodiversity and lofty peaks, the Sierra Madre Oriental is a major mountain range in the eastern part of Mexico. The range contains 4941 named peaks, the highest of which is Cerro El Potosi (3,721m/12,208ft), and the most prominent of which is Cerro La Joya (2,941m/9,649ft).

The Sierra Madre Oriental is located along the eastern edge of Mexico, starting in the very northern reaches of the state of Coahuila along the state’s border with Texas in the United States. From there, the range heads southward for some 1,000km (620mi), through the states of Nuevo León, Tamaulipas, San Luis Potosí, Hidalgo, Veracruz, and into the state of Puebla.

Finally, the Sierra Madre Oriental terminates in the Gulf Coastal Plain to the east, which is a large low-lying area that spans the entirety of North America’s Gulf Coast, from Cancún, Mexico to the US state of Florida and throughout Cuba.

As part of the American Cordillera, the Sierra Madre Oriental is one of many mountain ranges that spans from the Brooks Range in northern Alaska all the way to the Andes in Argentina and Chile’s Tierra del Fuego.

In particular, the Sierra Madre Oriental is mostly composed of Cretaceous Period folded sedimentary rocks. While these rocks date back about 145 to 65 million years, the mountains started to take shape about 23 million years ago through multiple uplifting and faulting events.

Moreover, there are multiple large igneous intrusions throughout the range, though the Sierra Madre Oriental does not currently display the same level of volcanism found in some of the ranges to the south, particularly the Cordillera Neovolcánica.

Within the range, there are large deposits of precious minerals and metals, most notably, zinc, lead, and copper.

Throughout the range, the most dominant pine species include Mexican pinyon (Pinus cembroides), Nelson pinyon (Pinus nelsonii), Arizona pine (Pinus arizonica), and smooth-bark Mexican pine (Pinus pseudostrobus). There are also sizable stands of oak, including Quercus castanea and Quercus affinis, some of which are endemic to the region.

Moreover, some of the tallest peaks in the range are home to sky islands, particularly in the northernmost parts of the Sierra Madre Oriental in the states of Coahuila and Nuevo León as the surrounding region and lowlands are particularly arid.

As far as wildlife goes, some of the major species include mule deer, coyotes, mountain lions, jaguars, white-nosed coati, and black bears. There are also dozens of species of birds, including maroon-fronted parrots, golden eagles, peregrine falcons, colima warblers, and wild turkeys.

The forests of the Sierra Madre Oriental also play a substantial role as part of the migration route of the monarch butterfly.

The Sierra Madre Oriental and the surrounding region have been inhabited by humans for thousands of years. Although countless groups lived in and around the range before the arrival of Europeans in the 16th century, some of the largest were the Coahuiltecan, Tamaulipeco, Huastec, Pame, Guachichil, and Tobosos.

Upon the arrival of the Spanish in the 16th century, the Sierra Madre Oriental’s rugged terrain played a major role in slowing the country’s inland expeditions due to the difficult nature of overland travel in the region.

Indeed, the Spanish did not really venture into the northernmost parts of Mexico until after their victory over the Aztecs to the south of the Sierra Madre Oriental. In the 1570s, the Spanish established a number of smaller settlements in Coahuila, however, the southern parts of the range, particularly around Sierra Gorda were settled many decades earlier in the 1520s.

Throughout the range, the Spanish established a number of missions in an attempt to convert the Indigenous peoples of Mexico to Christianity.

Even after the Mexican War of Independence and the Mexican Revolution, many parts of the range remain remote and relatively difficult to access. Many of the communities within the range are agricultural, though mining, particularly for cinnabar and mercury in the southern regions, was a major industry during the late 20th century.

There are a number of great hiking areas within the Sierra Madre Oriental. Here are some of the best places to check out:

The Reserva de la Biosfera Sierra Gorda (Sierra Gorda Biosphere Reserve) is a protected area in the southern part of the Sierra Madre Oriental, which was specifically created to protect the unique ecology of the region. Within the reserve, there are 193 named mountains, the highest of which is La Pingüica and the most prominent of which is Cerro La Joya.

The reserve is home to an immense concentration of wildlife and plant diversity, with over 500 species of vertebrates, over 300 species of plants, and over 120 species of fungi within its borders. Wildlife lovers can head to the reserve in the hopes of viewing some of the area's most elusive animals, including jaguars and mountain lions.

Cumbres de Monterrey National Park is located in the northeastern part of the Sierra Madre Oriental within the states of Coahuila and Nuevo León. It contains over 1,770 square km (680 sq. mi) of very rugged terrain, including some sizable peaks, such as Cerro de la Silla.

Within the park, there are many stone carvings, Indigenous painting, and other culturally important artefacts. The park itself was established in 1939 to protect this beautiful natural area.

The park is home to some stunning geological formations, including karst topography. There are many large cave systems in the region, including subterranean rivers. Additionally, a number of beautiful waterfalls adorn the park, including Cascada Cola de Caballo and Cascada de Chipitín.

Here are some of the best places to stay during your trip to the Sierra Madre Oriental:

Monterrey is located in the northern part of the Sierra Madre Oriental within the state of Nuevo León. It is the capital and most populated city in the state with nearly 4.7 million people.

The city is often rated as one of the most livable in the country and one of the most affluent. Monterrey is a vital center of commerce and culture for northeastern Mexico. It is home to a marjo international airport and is connected throughout Mexico along the Carretera Nacional, a highway that also connects the city to the US border.

San Luis Potosí is also rapidly becoming a large tourist destination, thanks to its beautiful architecture and historic city center. The city also has an international airport, which is a significant transportation center within the state.

Jalpan de Serra is a town within the Sierra Gorda ecological zone in the south-central part of the Sierra Madre Oriental. It was the site of some of the earliest Franciscan missions in the region and it has a historic town center with a large main square.

The town is a popular tourist destination, thanks to its beautiful scenery and historic significance. Although Jalpan de Serra doesn’t have an airport, it is less than 4 hours from San Luis Potosí, 5.5 hours from Mexico City, and 5 hours from León by road. 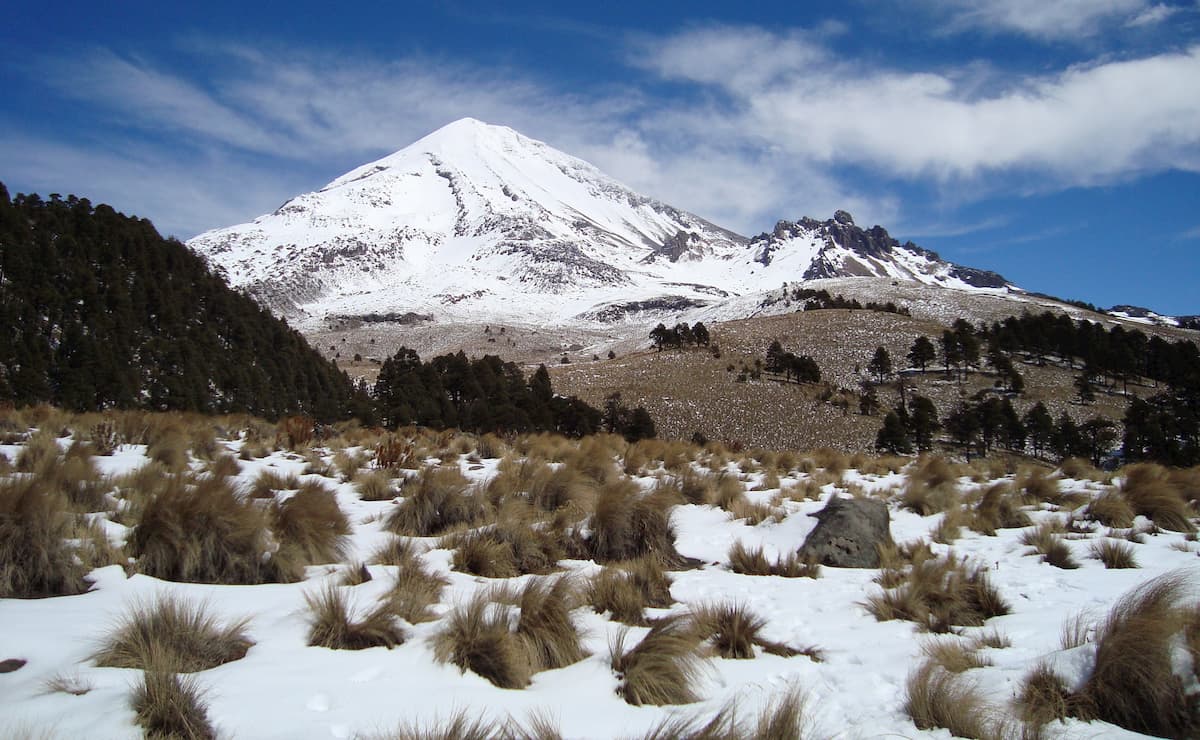 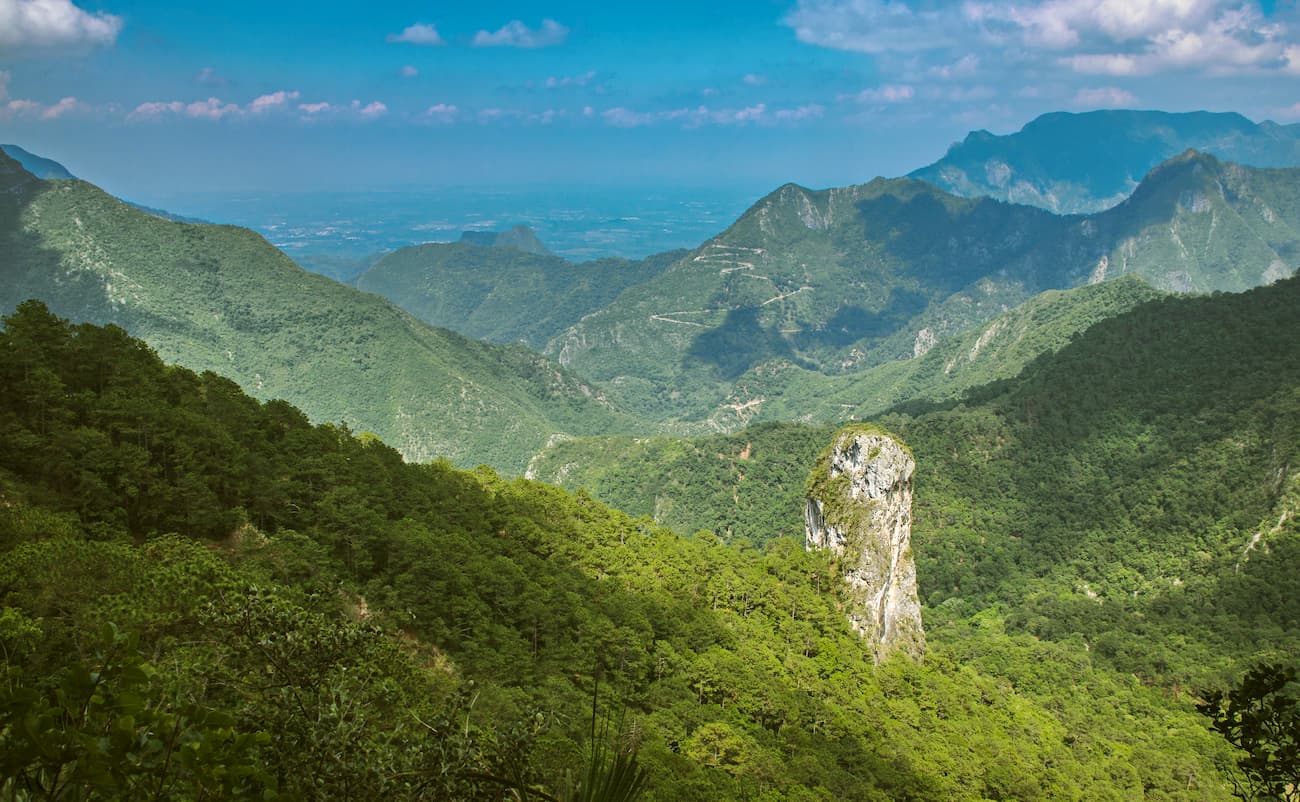 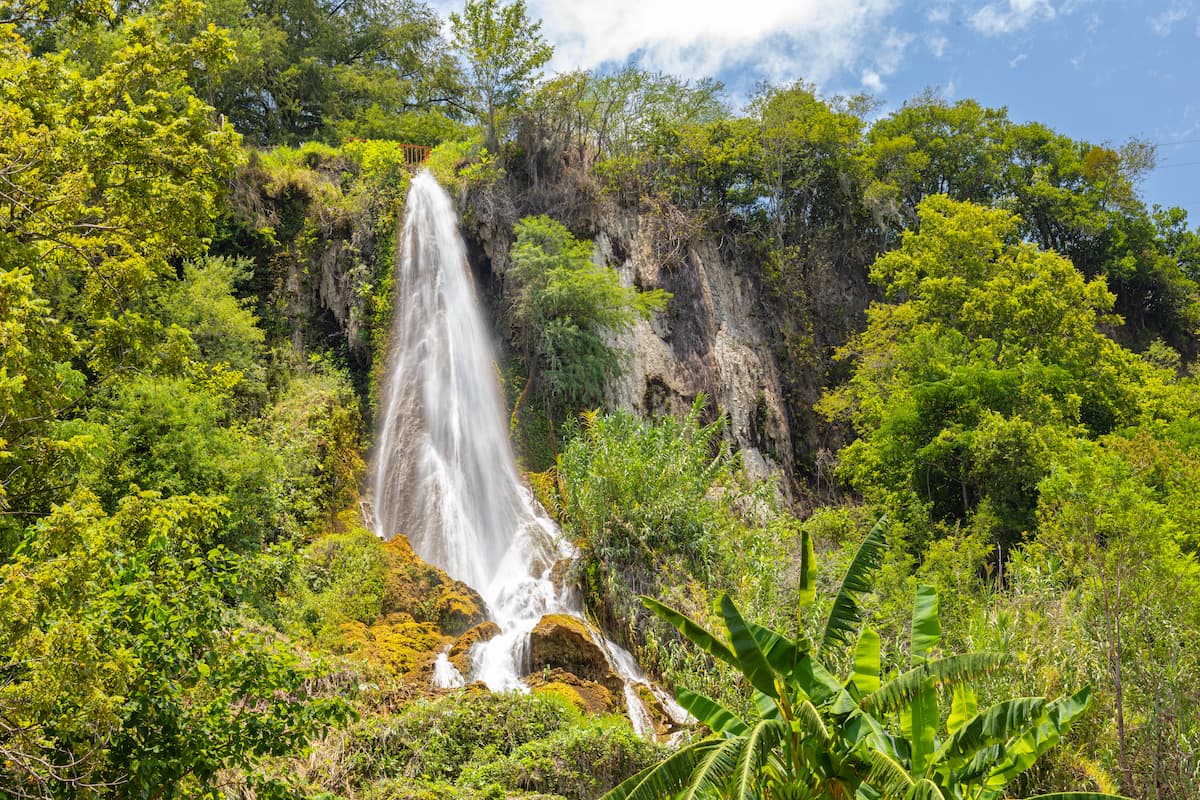 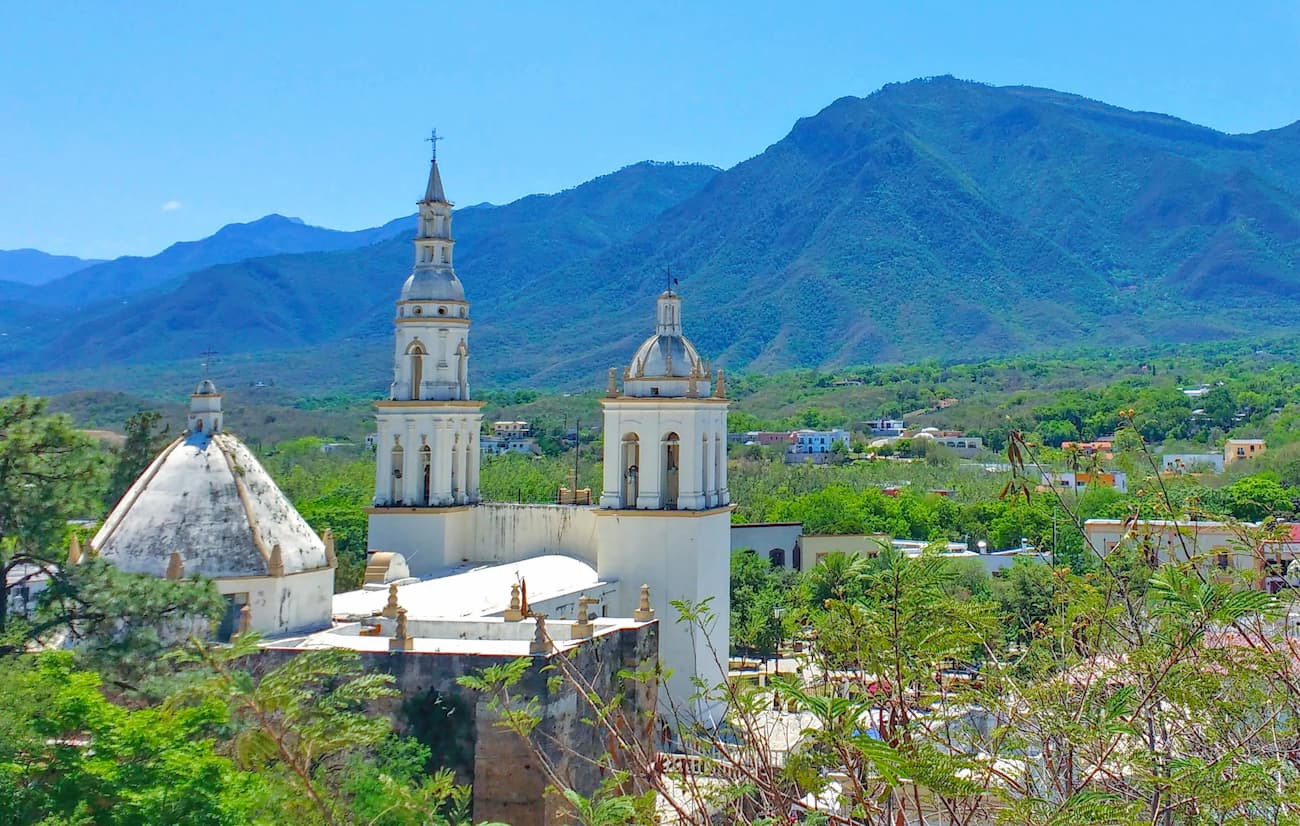 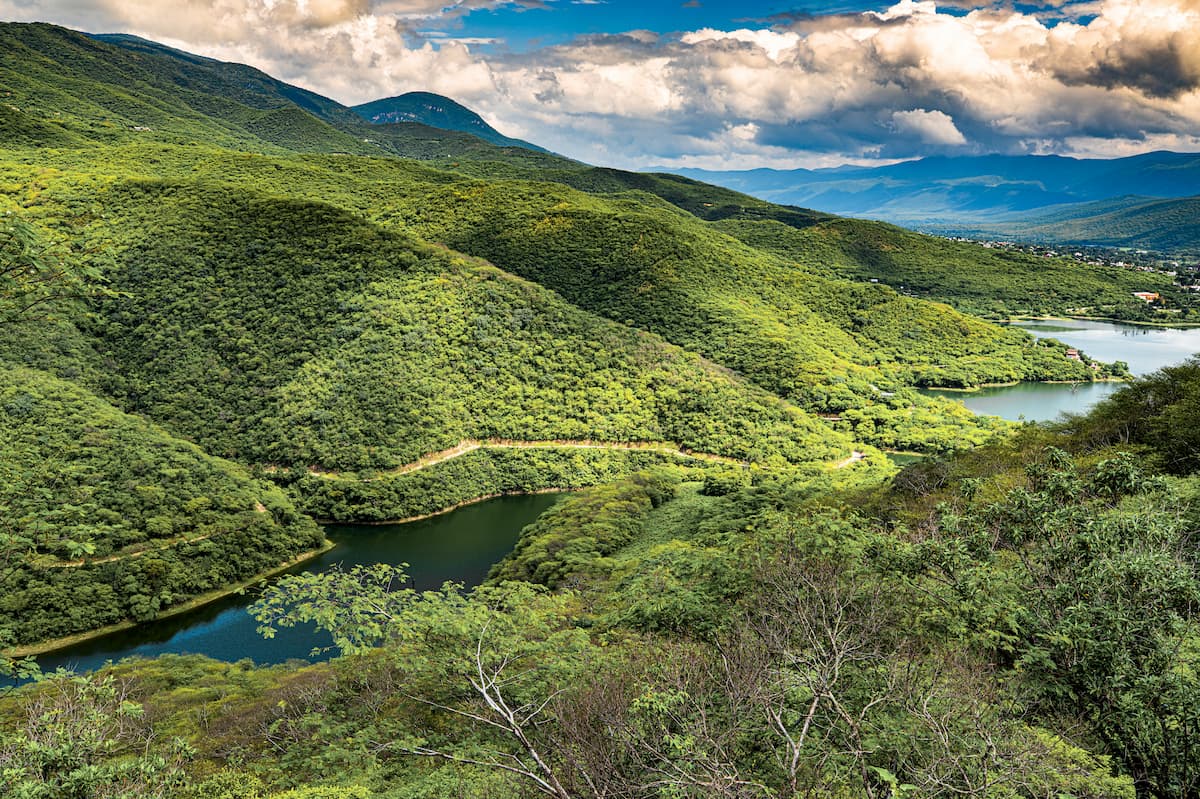 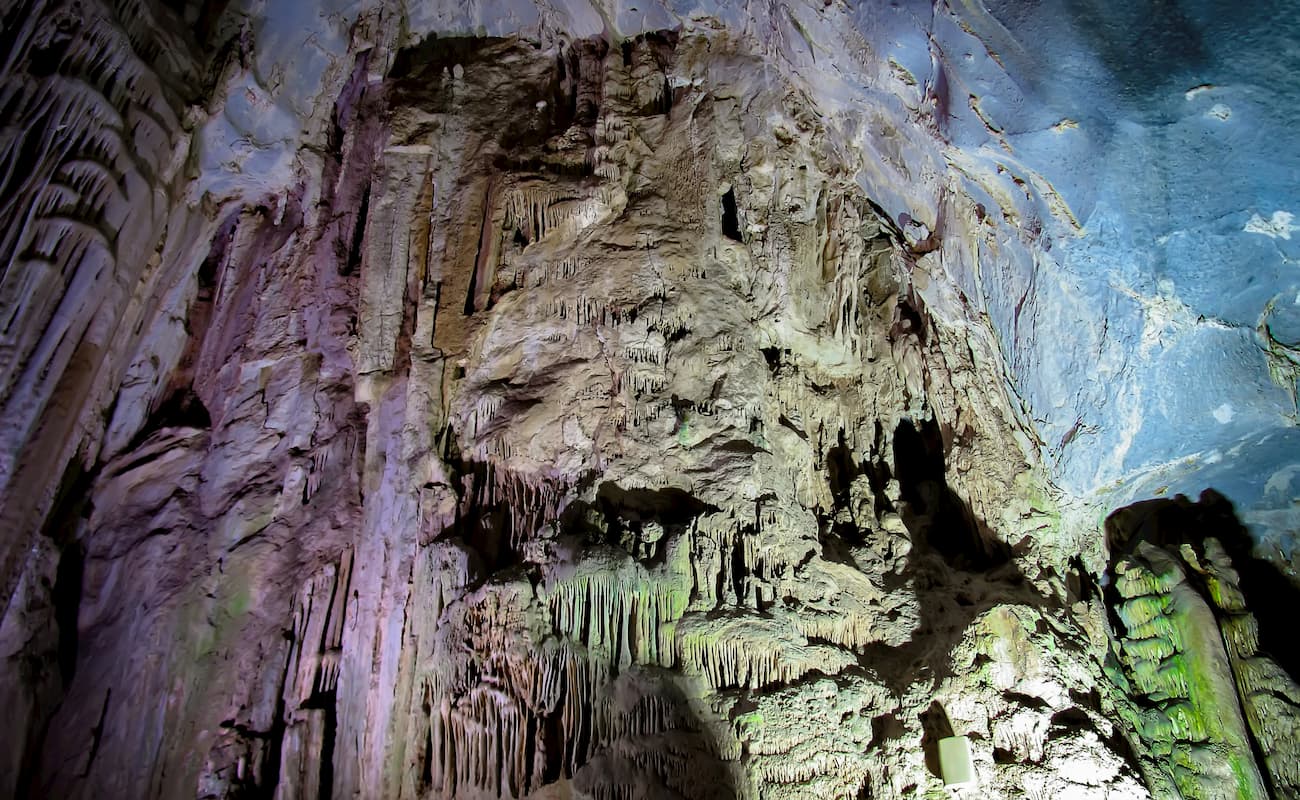