Iztaccíhuatl map
Go to camera
Teleport
Zoom in
Zoom out

Volcano
Most commonly a conical hill or mountain built around a vent that connects with reservoirs of molten rock below the surface of the Earth.
3D View
Iztaccíhuatl model
5 230 m
Elevation
Elevation is the altitude of a place
above sea level.

151 m
Prominence
Peak’s prominence is the least
vertical to be covered to get from the
summit to any other higher terrain.

The name "Iztaccíhuatl" is Nahuatl for "White woman", reflecting the four individual snow-capped peaks which depict the head, chest, knees and feet of a sleeping female when seen from east or west.

Iztaccíhuatl lies to the north of Popocatépetl, to which it is connected by the high altitude Paso de Cortés. Depending on atmospheric conditions the dormant volcano is visible much of the year from Mexico City some 70 km (43 mi) to the northwest.

The first recorded ascent was made in 1889, though archaeological evidence suggests the Aztecs and previous cultures climbed it previously. It is the lowest peak containing permanent snow and glaciers in Mexico.

The nearest mountain hut is Refugio located 1 043m/3 421ft WSW of the summit. 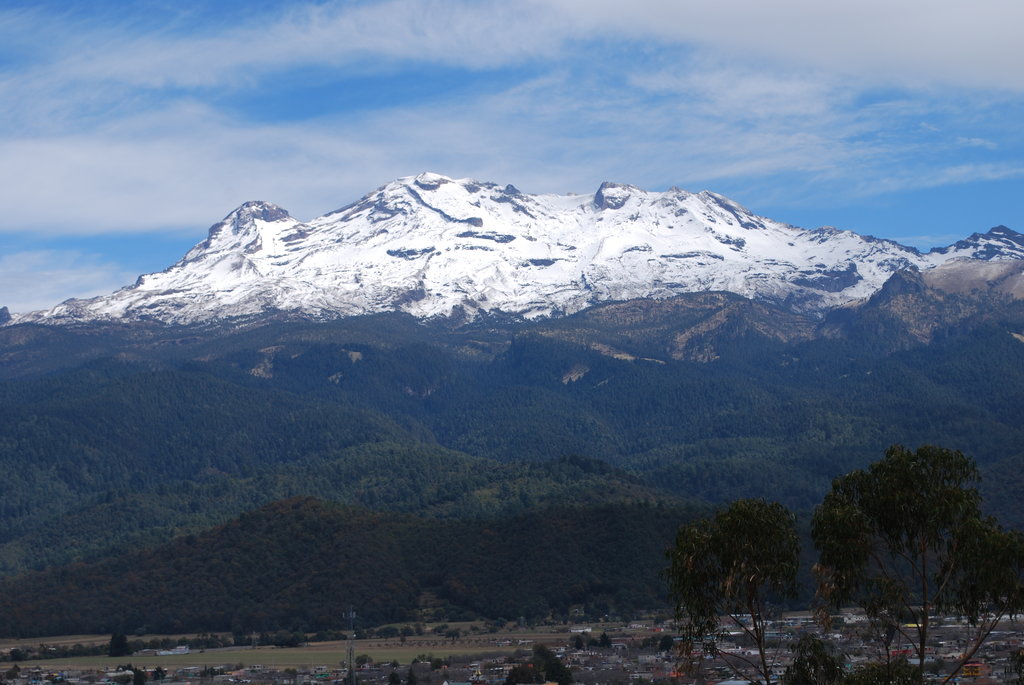 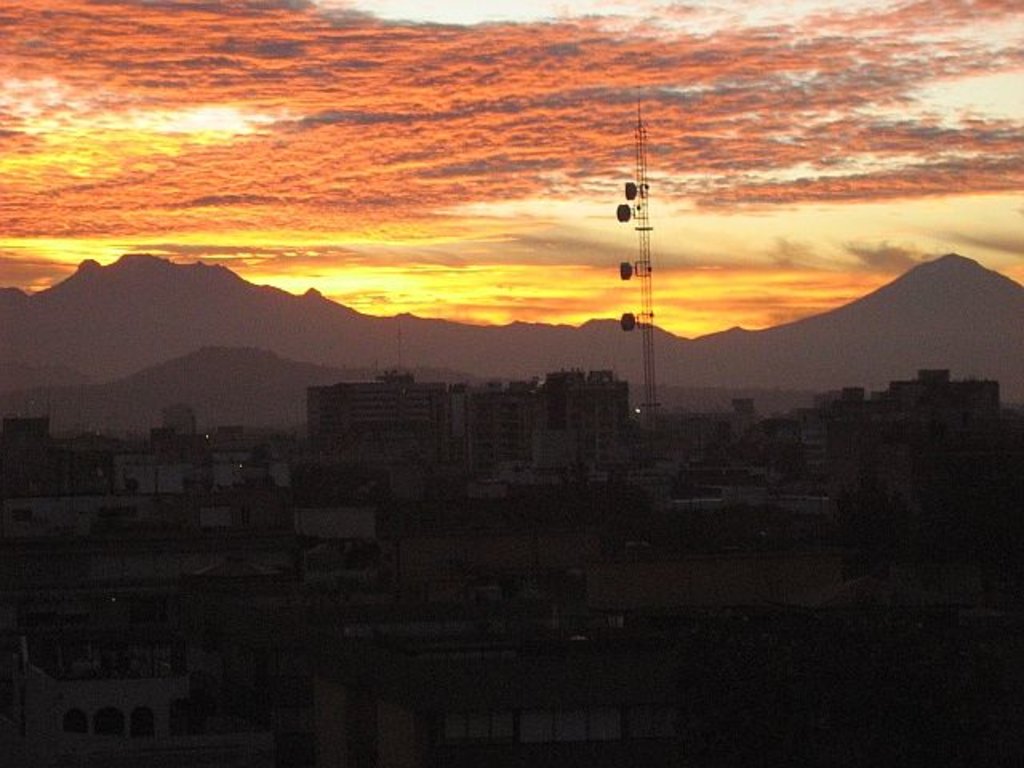 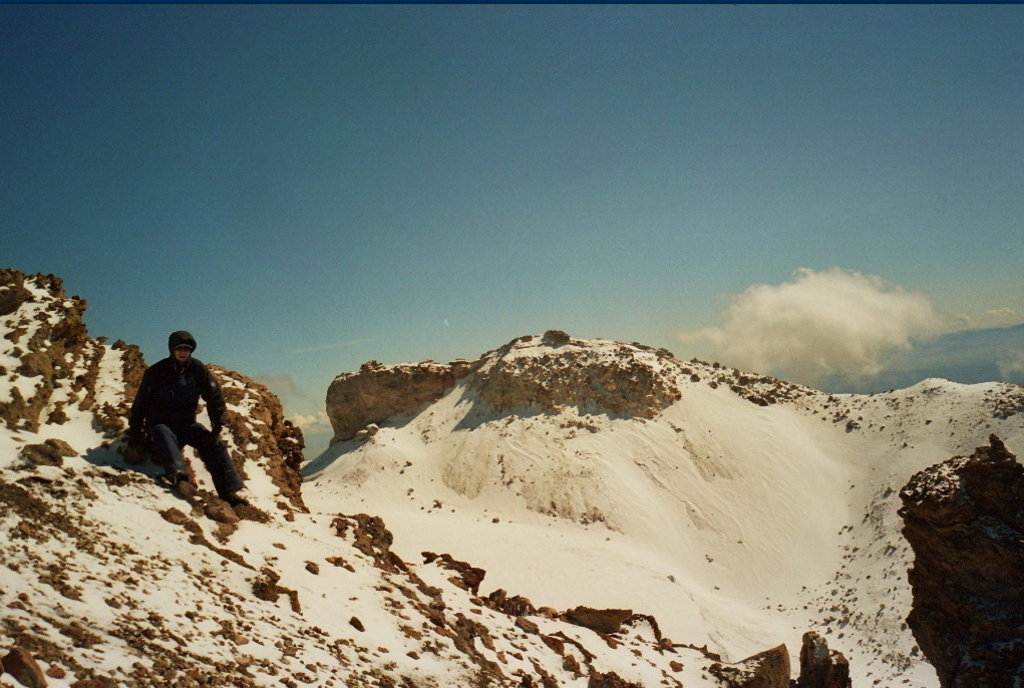 Check out 3D model of Iztaccíhuatl. This is a preview. High-resolution model can be found in the PeakVisor mobile app.
Do you have photos of Iztaccíhuatl or know something about it? Please let us know!