Known for its sprawling alpine meadows, gorgeous wildflowers, and remote terrain, the Latir Peak Wilderness is a federally protected area located in the north-central part of the US state of New Mexico. The wilderness contains 6 named mountains, the highest and most prominent of which is Venado Peak (12,730 ft/3,880 m). 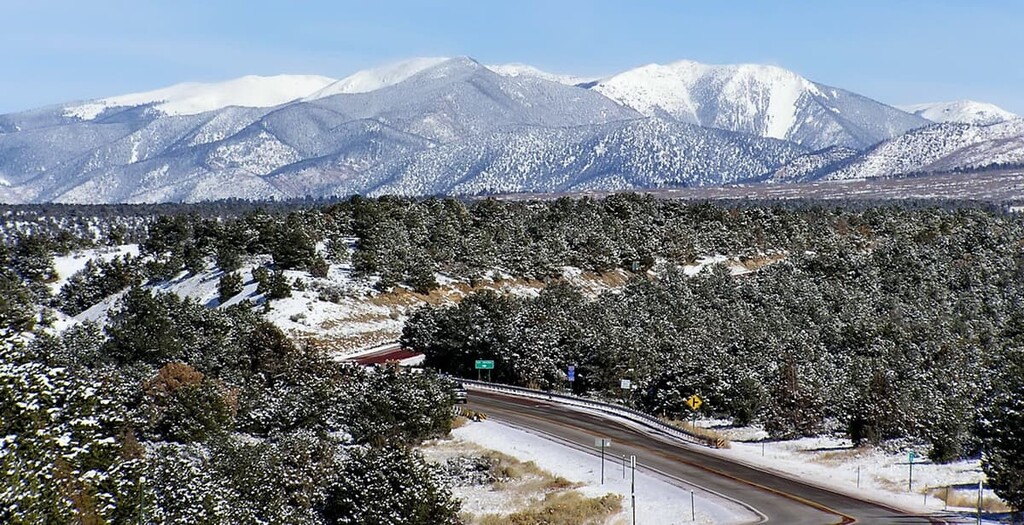 The Latir Peak Wilderness is situated around its namesake mountain, Latir Peak. It is located in the north-central part of the US state of New Mexico, just south of the state’s border with Colorado. The wilderness contains approximately 20,506 acres (8,298 ha) of land in Taos County.

Although it’s less frequently visited than some of the other wilderness areas in the region, the Latir Peak Wilderness does contain three of New Mexico’s twenty highest peaks. This includes Venado Peak, Latir Peak, and Virsylvia Peak.

The Latir Peak Wilderness is managed by the US Forest Service as part of the Carson National Forest. It is one of five wilderness areas in the forest alongside the Wheeler Peak, Columbine-Hondo, Cruces Basin, and North Pecos wilderness areas.

Furthermore, the Latir Peak Wilderness is nearly completely surrounded by protected land and it is within driving distance of many more parks and wilderness areas.

This includes the Urraca Wildlife Management Area to the north, the Columbine-Hondo, and Wheeler Peak wildernesses to the south. Meanwhile, Rio Grande del Norte National Monument and the rest of the Carson National Forest are also located to the west of the Latir Peak Wilderness.

Alongside the peaks in the Wheeler Peak Wilderness, the mountains in the Latir Peak Wilderness are also considered to be part of a Sangre de Cristo subrange called the Taos Mountains.

The oldest rocks in the Sangre de Cristo Mountains date back to the Precambrian and are mostly highly metamorphosed rocks such as gneisses. However, the range also contains substantially younger rocks, the bulk of which are sedimentary in origin, such as dolomites, limestones, and sandstones.

The great variety of landscapes and elevations within the Latir Peak Wilderness gives the area a superb diversity of flora and fauna.

Nevertheless, easily the most unique aspect of the Latir Peak Wilderness is the region’s extensive alpine grasslands. Here, gorgeous wildflowers dot the landscape while stunning mountain views drift off into the distance.

As far as wildlife goes, the Latir Peak Wilderness is also no slouch. The wilderness is home to a wide array of species, including mule deer, marmots, pikas, muskrats, martens, bobcats, coyotes, mountain lions, and black bears.

Some of the streams and rivers in the wilderness are also home to Rio Grande cutthroat trout, which is native to the region.

Like the rest of the Sangre de Cristo Range, the land in and around what is now the Latir Peak Wilderness has been home to humans for thousands of years. The region is part of the traditional territory of many Indigenous peoples, including the Taos Pueblo (among other Puebloan tribal nations), the Jicarilla Apache Nation, the Ute (Núu-agha-tʉvʉ-pʉ̱), and the Comanche Nation (Nʉmʉnʉʉ).

The first peoples of European descent to venture into the region around what is now the Latir Peak Wilderness were likely members of Spaniard Francisco de Coronado’s expeditions in the 1540s.

Francisco de Coronado traveled extensively throughout what is now the southwestern part of the US, though it’s not clear if he made it as far north as the Latir Peak region. Either way, by 1615, a group of Spanish colonizers had established the community Don Fernando de Taos (now known solely as Taos) on the ancestral homelands of the Taos Pueblo.

In 1680, the region saw the outbreak of the Pueblo Revolt, which led to the expulsion of most of the Spanish colonizers from the vicinity. However, the Spanish returned just a decade later and remained in the area for almost 150 years, further pushing the Taos Pueblo and other tribal nations off their lands.

In the aftermath of the Mexican War of Independence, the land around what is now the Latir Peak Wilderness was claimed by Mexico. Not long afterward, as a result of the Treaty of Guadalupe Hidalgo, which ended the Mexican–American War, the land was ceded to the US. New Mexico was admitted as a territory of the US in 1850 and it achieved statehood in 1912.

Easily the most popular trail in the wilderness, the Lake Fork Trail is a moderately challenging day hike that traverses 5 miles (8 km) of terrain in the subalpine zone.

This trail starts at the trailhead on Forest Road 134A (Cabresto Lake Road). From there, it climbs steadily upward until it reaches Cabresto Lake. Afterward, the trail takes you to the stunning Heart Lake. If you want more of an adventure, you can also follow the trail around the lake to the top of Latir Mesa.

Do note that this trail can be difficult to follow. So, keep an eye out for cairns and be sure to carry a map and compass for the adventure.

One of the most challenging hikes in the Latir Peak Wilderness, the Latir Peak Loop is a 14 mile (22.5 km) backcountry trek that provides you with a chance to summit Latir Peak, Cabresto Peak, and Venado Peak in one go.

In addition to summit attempts on these three peaks, the Latir Peak Loop also brings hikers to Cabresto Lake and Heart Lake. This trail journeys through grassy valleys, high alpine zones, and boasts stunning scenery along the way.

Like the Lake Fork Trail, however, the Latir Peak Loop is not well marked or well traveled. So hikers should be prepared to do a bit of off-trail navigation when heading into the Latir Peak Wilderness.

Looking for a place to stay near the Latir Peak Wilderness? Here are some of the best cities and towns to check out:

One of New Mexico’s best mountain towns, Taos is a community of about 5,900 people that’s located just to the south of the Latir Peak Wilderness. Taos is known for its superb collection of cultural and historic sites, including its historic downtown area.

The town of Taos is situated in the Taos Valley, which is the perfect basecamp for adventures in the region. Taos is located just a short drive from a number of major ski areas as well as a seemingly endless network of hiking trails.

Located just west of the Latir Peak Wilderness, Questa is a village of about 1,800 residents that’s situated near the confluence of the Red River and the Rio Grande. Although it’s often considered to be the gateway to the Rio Grande del Norte National Monument, Questa is also a great place to start your trip to Latir Peak.

Questa is known for its fantastic mountain scenery and its historic buildings. Questa is also located along the Enchanted Circle Scenic Byway, which is an 84 mile (136 km) road that completely encircles Wheeler Peak—the tallest mountain in New Mexico.

The unincorporated community of Amalia is home to approximately 230 people who live to the north of the Latir Peak Wilderness along the Rio Costilla near the Colorado Border.

Although Amalia is a small town, it is a great place to visit if you’re looking to get away from the bustle of Taos and Santa Fe. However, note that there are more services and facilities, such as gas stations, located about 10 minutes away from Amalia in Costilla. 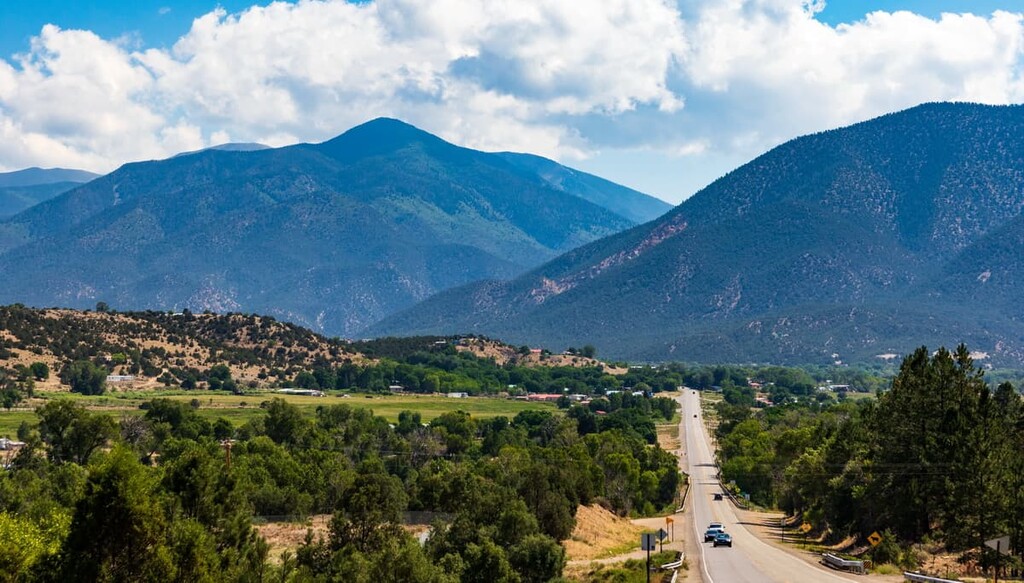 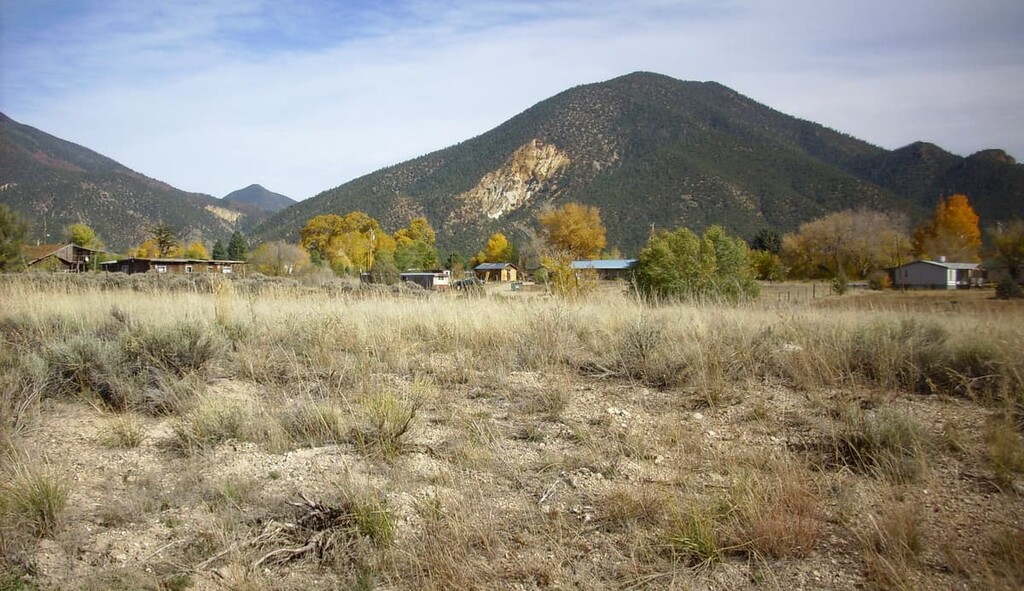 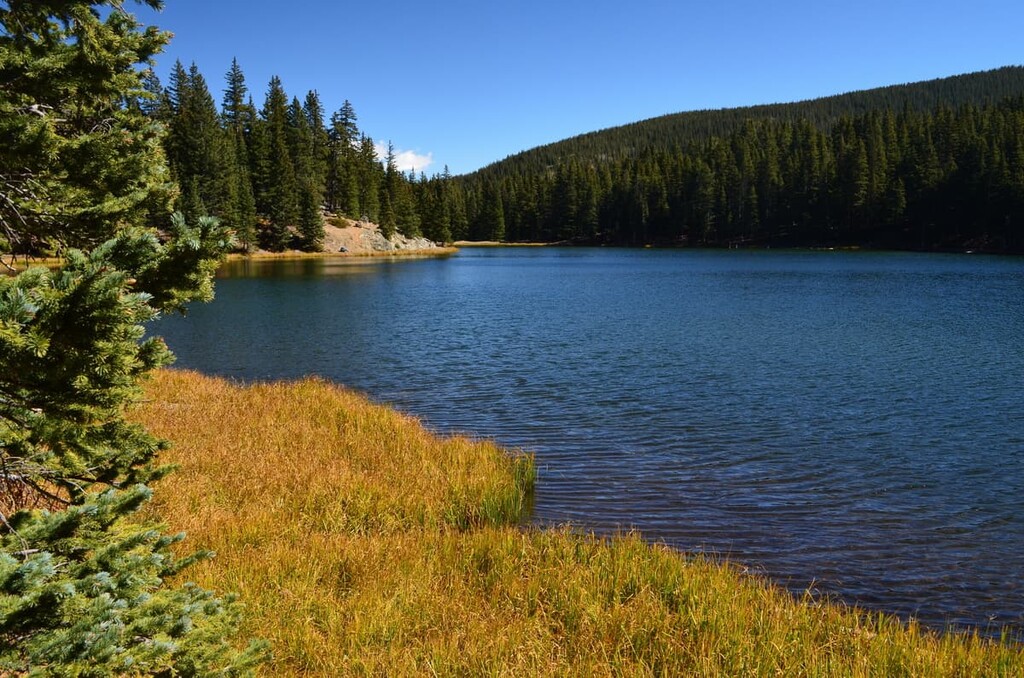 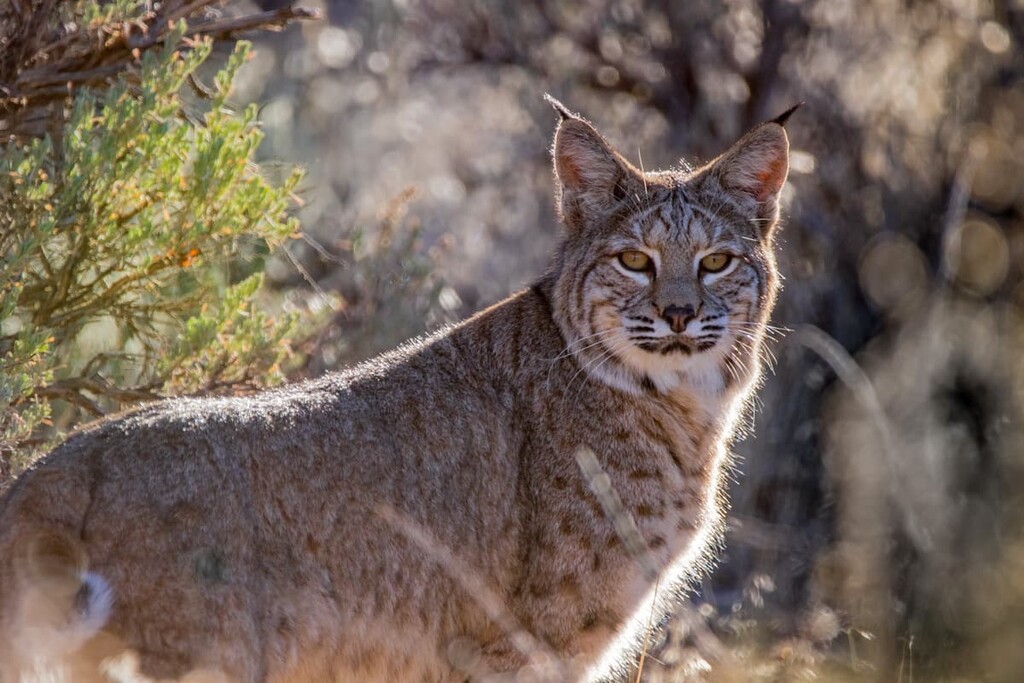 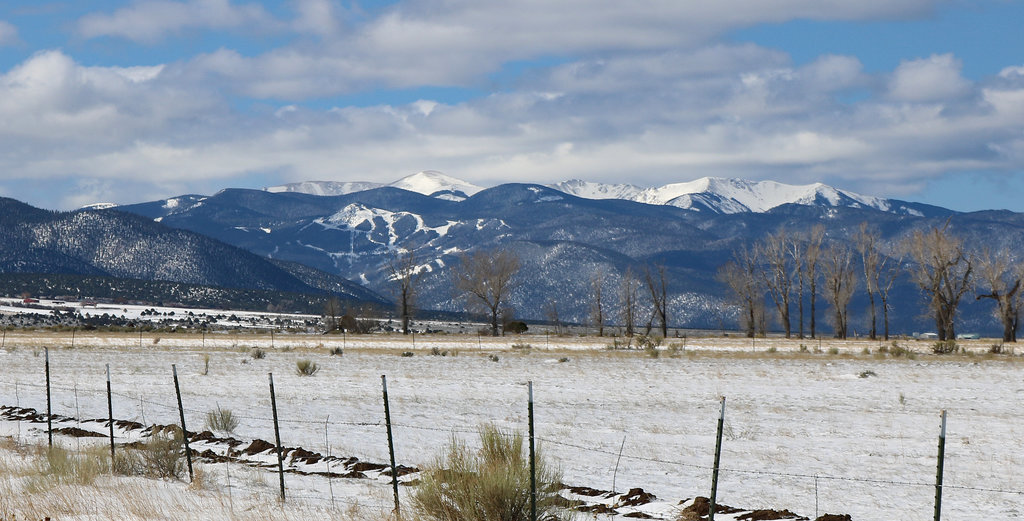