Coronado National Forest is a federally managed area of public land located in the southeastern part of the US state of Arizona and the southwestern part of New Mexico. This expansive forest is not continuous throughout the state but rather a group of small forest parcels. Coronado National Forest contains 258 named mountains. The tallest and most prominent peak is Mount Graham at 10,699 ft (3,261 m) with 6,299 ft (1,920 m) of prominence. 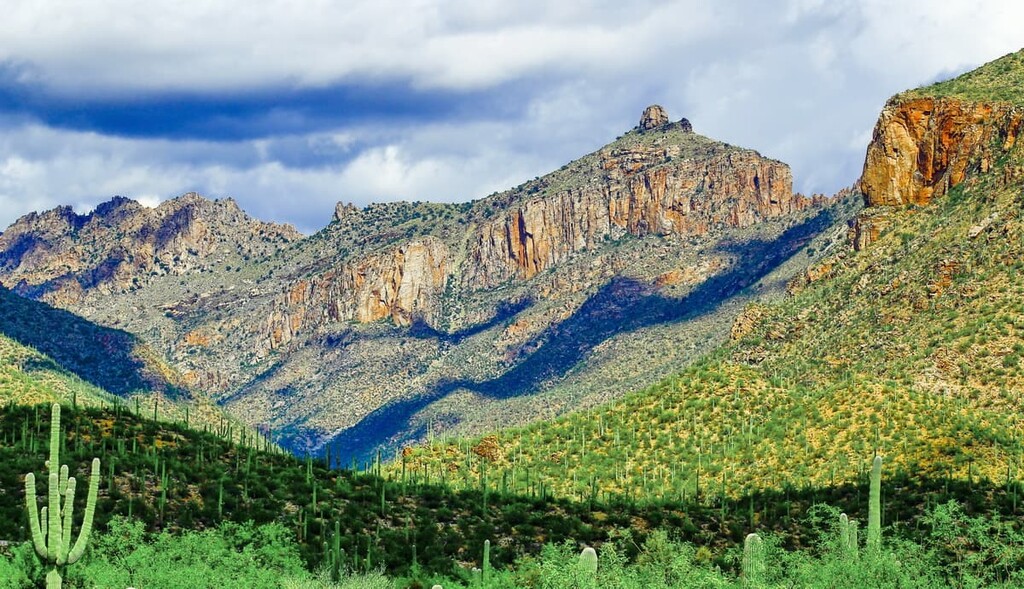 One of the unique features of this protected region is that it is scattered throughout 12 mountain subranges, many of which are referred to as “sky islands.”

Elevations in the protected region range from 3,000 ft (914 m) up to the summit of Mount Graham at 10,699 ft (3,261 m). The extreme elevation changes from the desert floor up to the rugged peaks also mean that the forest is home to a wide range of landscapes and ecosystems.

The topography of the forest is so diverse that it is not uncommon for visitors to experience all four seasons in a single visit to the region. Lower elevations in the forest consist of sections of the Sonoran Desert coupled with vast forests. Forested sections can be found throughout the protected region, even at above 9,000 ft (2,743 m).

The sky islands of the forest tower above the desert landscape. However, rivers and streams also flow throughout the region allowing for the biodiversity to thrive. During the winter months, snow covers the higher elevations of Coronado National Forest, giving way to alpine lakes during the summer months.

The mountains in the forest are part of the Chiricahua Mountains, Rincon Mountains, Santa Catalina Mountains, Huachuca Mountains, and Santa Rita Mountains of the Southwest Basins and Ranges system.

Coronado National Forest is divided up into five ranger districts. The forest also contains all or part of eight wilderness areas, including:

The sky island mountain ranges of the Coronado National Forest were formed by a combination of both volcanic activity and block faulting. This block faulting caused certain parts of the Earth’s tectonic plates to rise up above the surrounding landscape, creating the high peaks we see today.

The volcanic activity of this region occurred around 50 million years ago as the North American plate overrode the Pacific Ocean. Over time, this movement helped form some of the sky islands of the Coronado National Forest.

Another 25 million years of erosion helped shape the landscape roughly into what is there today. The peaks of the forest were simultaneously being uplifted while also being eroded. Because of this unique effect, the mountain peaks that are visible today are just the summits of much larger mountains buried beneath the sediment.

Coronado National Forest is a particularly biodiverse place with over 575 species of animals calling the region home.

Lower elevations of the national forest feature a desert landscape with numerous cacti and succulent species. These lower elevation regions are also home to vast grasslands. Making up a significant amount of the plant life within the forest, these grasses are an integral part of the forest’s ecosystems.

Meanwhile, forested sections are dominated by oak, juniper, mountain mahogany, and manzanita, along with various shrubs.

As far as wildlife goes, there are plenty of species to be seen in the Coronado National Forest. For example, black bears are found in various sky islands of the park. Mountain lions prey primarily on deer amidst migrating populations of wolves.

The Coronado National Forest has an extensive human history dating back over 11,000 years. During this time, people from the Mogollon, Sobaipuri, and Hohokam cultures began inhabiting the region and remnants of their rich culture are still found throughout the area to this day.

The region is also part of the ancestral homeland of many peoples, including the Tohono O’Odham Nation, Chiricahua Apache Nation, and the Salt River Pima-Maricopa Indian Community, among many others.

Peoples of European descent first arrived in the region in the seventeenth century. During this time Spanish missionary Eusebio Francisco Kino founded the Mission San Xavier del Bac near what is now Tucson in 1700. In 1775, Spaniard Hugh O'Conor constructed a military fort in what is now Tucson. This led to a number of violent conflicts with local tribal nations, who were abruptly forced off their homelands.

Settlers from the eastern US started to arrive in the region in droves following the establishment of Tucson as a stopping point along the San antonio-San Diego Mail Line in the 1850s. The area also became a popular spot for mining activities.

The construction of the railroad during this time also brought a number of settlers to the area, including a large population of Chinese immigrants who were recruited to work on the railroad. Afterward, Tucson, which is located just north of the Coronado National Forest, became one of the region’s biggest commercial centers.

The land that is now part of Coronado National Forest was first included as part of the Santa Rita Forest Reserve, which was established in 1902. This was followed by the establishment of the Mount Graham, Santa Catalina, and Chiricahua forest reserves later that year. In 1906, and 1907, the Dragoon National Forest, and the Tumacacori, Baboquivari, Peloncillo, and Huachuca forest reserves were also established.

Coronado National Forest is home to numerous trails and hiking opportunities. Here are some of the top hiking areas to visit in the forest:

Tanque Verde Falls Trail is one of the most visited sites within the forest. This out and back route is just 2 miles (3.2 km) long with 462 ft (141 m) elevation gain. The route follows a dried up riverbed that leads to a secluded pool of water. Cacti and small shrubs dominate the dry landscape leading to the oasis at the end of the route.

Agua Caliente Hill Trail totals 8.8 miles 14 (km) long with 2,903 ft (885 m) elevation gain. The exposed trail climbs up to the summit of Agua Caliente Hill overlooking the forest and the eastern stretches of Tucson. Cacti and flowers are found throughout the hike, however, hikers are warned of the extreme heat that dominates the region.

Babat Duag Trail is 5.2 miles (8.4 km) long with 1,204 ft (367 m) elevation gain. The trail climbs steadily up along a ridgeline ending in a bit of a scramble up to the summit. Once at the top, hikers have near-panoramic views of the desert landscape below.

Looking for a place to stay near Coronado National Forest? Here are some of the best cities and villages to check out in the region:

Nestled amidst the many sections of the national forest lies the city of Willcox. Within the Sulphur Springs Valley, Willcox sits on the unceded homeland belonging to the Chiricahua Apache Nation. Today around 10,000 people live within the city.

Due to the fact that it is surrounded by outdoor recreation areas, and the fact that six of the ten tallest peaks within Arizona lie within a 75 mile radius of the city, Willcox is a fantastic destination for outdoor enthusiasts. Today, besides outdoor activities, Willcox is known for its many wineries.

Along the western side of the Coronado National Forest lies the city of Tucson. The city has a population of around 550,000 people with a metro population reaching over one million. As the second largest city in Arizona, Tucson is also home to the University of Arizona.

Today Tucson is known for its close proximity to a plethora of outdoor recreation opportunities. From national forests to national parks, there is no shortage of outdoor adventure near Tucson. The city is also home to a vibrant food scene, featuring some of the best Mexican cuisine in the country. 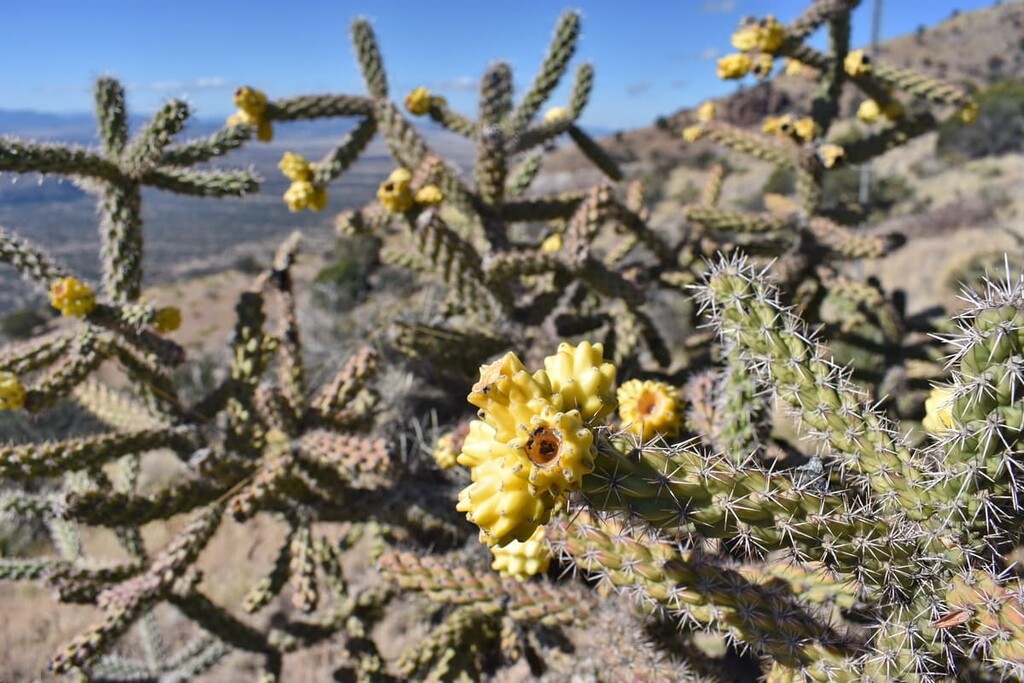 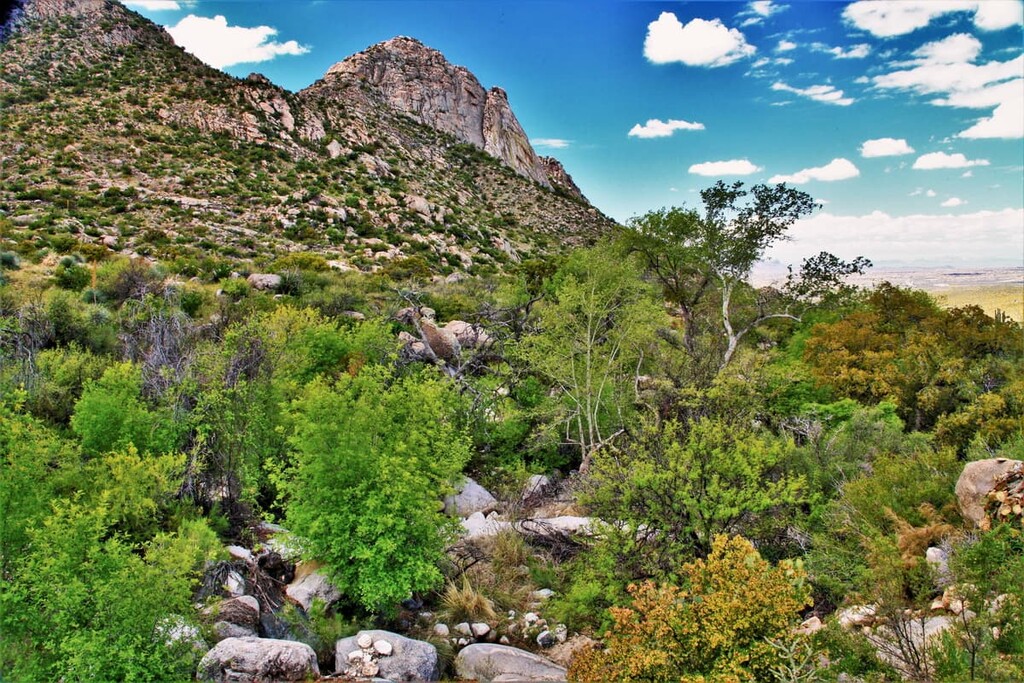 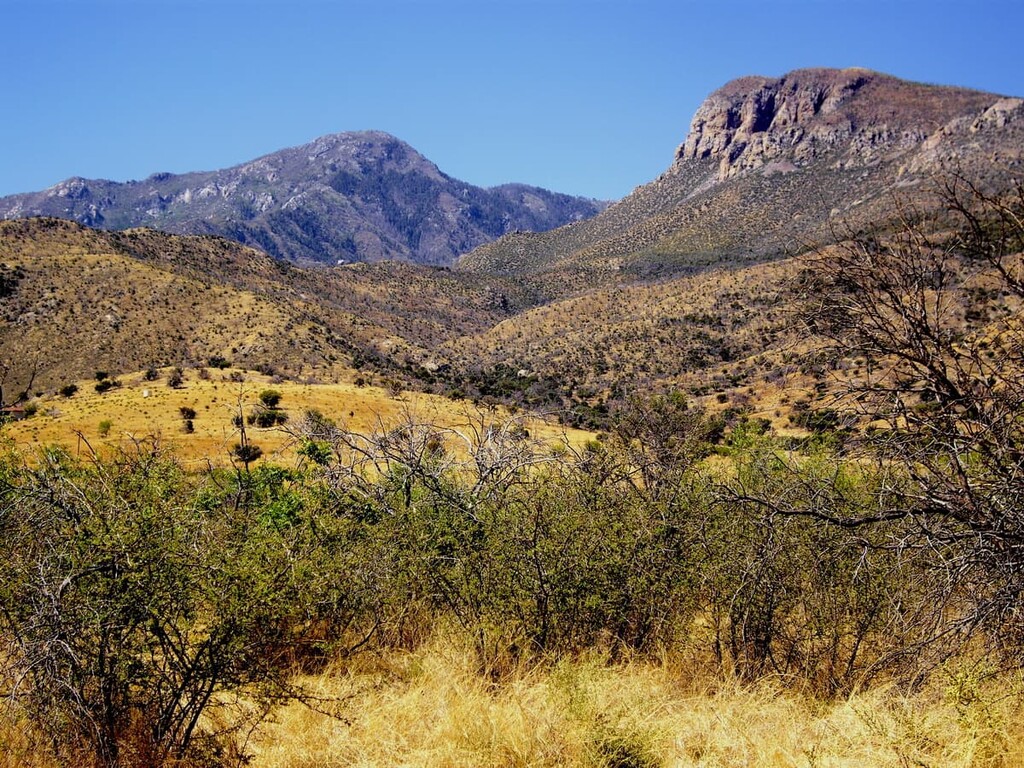 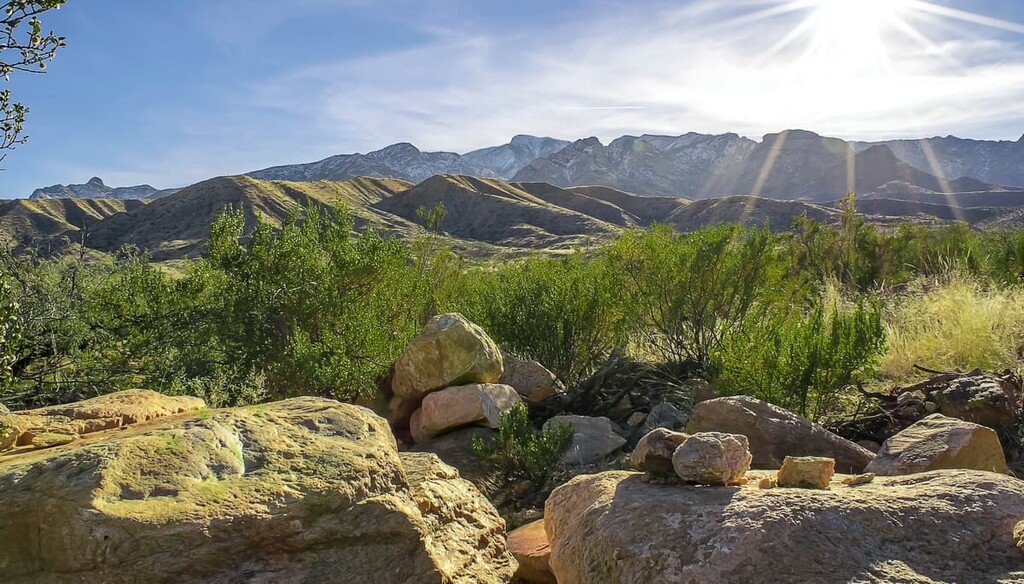 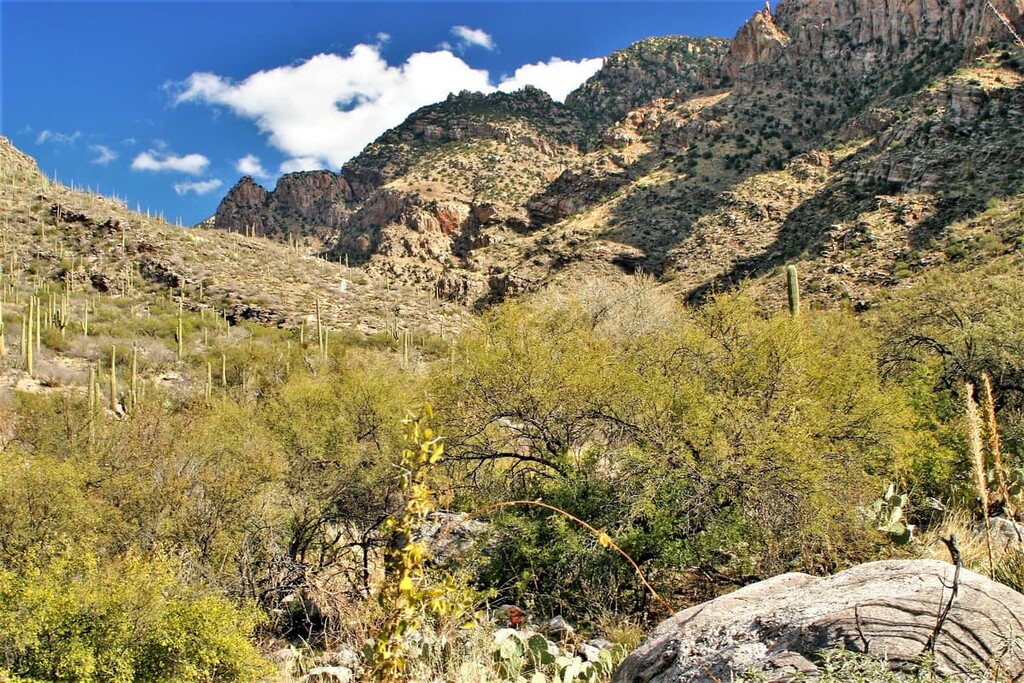 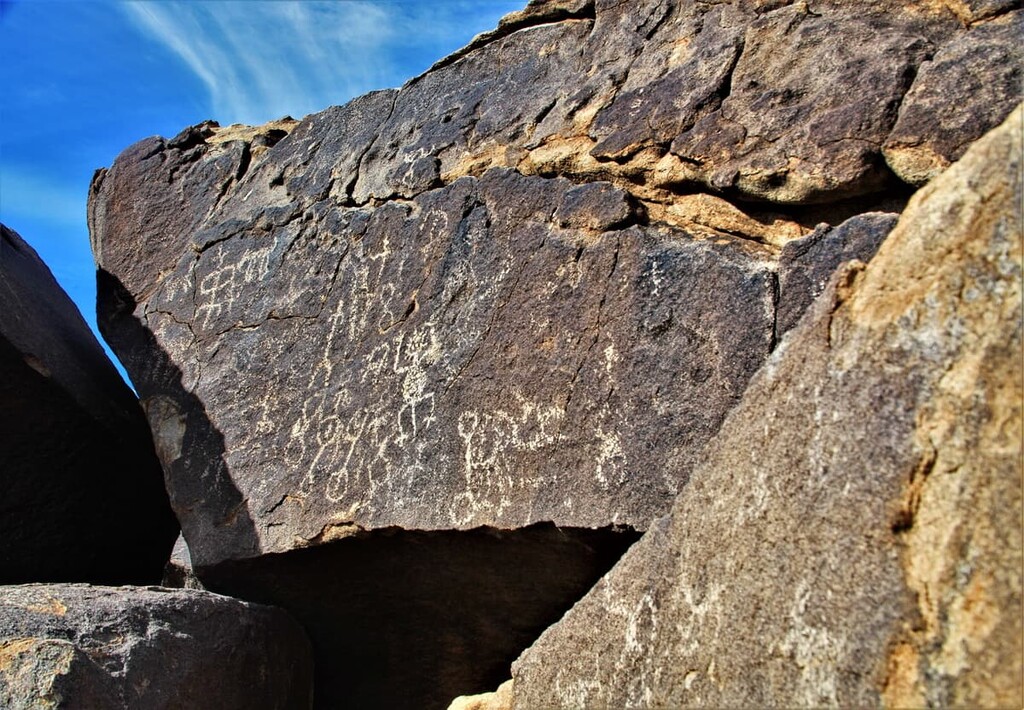