Located in the southern part of the US state of Nevada, the Sheep Range stretches for roughly 56 miles (90 km) from Highway 95 to the north of Las Vegas, to the south of Alamo, along Highway 93. The range is managed by the Desert National Wildlife Refuge, the largest National Wildlife Refuge in the contiguous United States. In total, the Sheep Range contains 10 named mountains. The highest and most prominent peak in the range is Hayford Peak (9,898 ft/3,017 m). 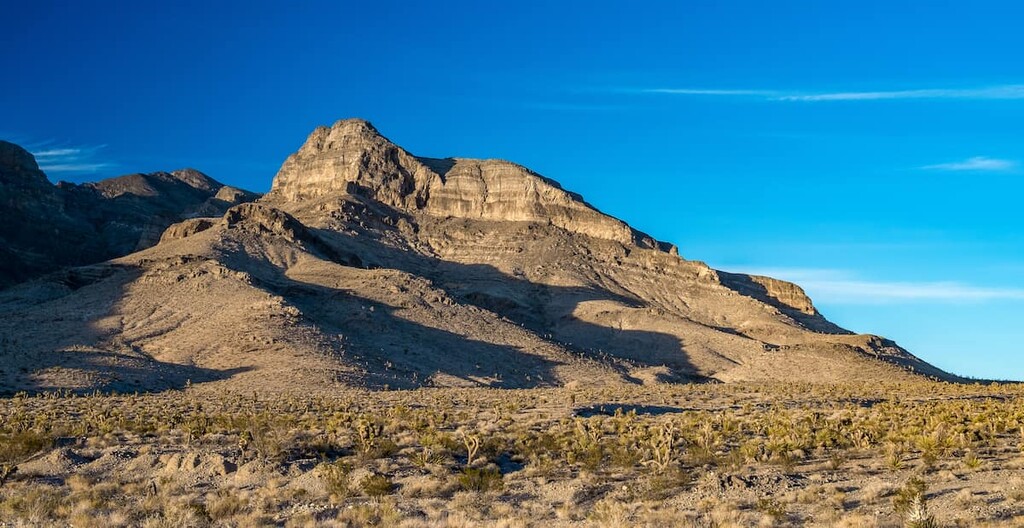 The largest of the Desert Wildlife Refuge ranges, the north-south trending Sheep Range encompasses 636 square miles (1,647 sq km) between the Las Vegas and East Desert ranges to the east, and the Desert Range to the west.

The Sheep Range is one of several rugged mountain ranges that lie along the Great Basin Divide, a ridgeline that separates the Great Basin from the Pacific Ocean watershed. The divide bisects the southern region of the Sheep Range, terminating at the Utah border in the Clover and the Bully Valley Mountains.

Despite its proximity to Las Vegas, a major metropolis, the Sheep Range is incredibly isolated. The Pahranagat National Wildlife Refuge lies north of the range, outside of the Desert Wildlife Refuge boundary. West of the Sheep Range, beyond the Pintwater and Spotted Ranges, is an area occupied by the Nevada Test and Training Range, a military training area.

This region of Nevada is an excellent area to observe both Paleozoic and Mesozoic rock. Rocks in the Sheep Range are mostly Paleozoic marine strata that formed in the transition between the Cordilleran miogeocline and the North American Craton.

In 1936, the Desert National Wildlife Refuge was established to conserve a dwindling population of bighorn sheep. Today, nearly half of the 1.6-million-acre (647,000 ha) refuge is desert bighorn sheep habitat, including the fittingly named Sheep Range.

However, the Sheep Range is also home to some of the most biologically diverse ecosystems in the Mojave Desert. In fact, it is home to over 300 bird species, 52 mammal species, 35 reptile species, and 4 amphibian species.

Humans have lived in the area surrounding the Sheep Range for over 12,000 years. Archeological evidence, including rock shelters, agave roasting pits, rock art, and ancient artifacts, suggest that the region’s earliest inhabitants were the Archaic people, followed by the Southern Paiute.

In the late 1700s, Spanish colonizers reached present day southern Nevada in search of a route between present day New Mexico and California. The presence of Spanish colonizers, however, resulted in increased violence toward the Southern Paiutes and other Indigenous communities in the region. The Spanish introduced a violent slave trade to the Great Basin and amplified the raiding of the Southern Paiute by neighboring tribes.

By the 1900s, two developed travel routes were established by pioneers, the Alamo Road and the Mormon Well Road. Today, these historic transportation routes provide visitors access to the Sheep Range, as well as a variety of camping and recreation options in the Desert National Wildlife Refuge.

In 1936, President Theodore Roosevelt established the Desert National Wildlife Refuge to protect the desert bighorn sheep and its habitat. Although the Sheep Range is not technically a designated wilderness, it has long been recognized for its wilderness values, and has been managed as wilderness since the 1970s.

Historically, proposals have been submitted to establish the Sheep Range Wilderness Complex, which would give Gass Peak, the Las Vegas Range, and the Sheep Range an official federal wilderness designation.

The Sheep Range is remarkably secluded and all roads in the region are rough and infrequently maintained. The area surrounding the Sheep Range is particularly popular among off-road enthusiasts and campers. These are some of the most popular trails and attractions in the area:

Also known as the Hidden Forest Cabin Trail, the hike through Hidden Forest begins at the mouth of Deadman Canyon. This moderately challenging footpath travels from a mid-elevation Joshua tree forest to a higher elevation ponderosa pine forest before concluding at a historic cabin. The cabin was listed on the National Register of Historic Places in 1975 and is rumored to have been built sometime in the 1800s.

The tallest peak in the Las Vegas Range, Gass Peak is a familiar peak to Las Vegas locals. The summit’s communication towers can periodically be seen glistening in the midafternoon sunlight from nearby Las Vegas.

The 6.5-mile (10.5 km) trail to the summit of Gass Peak begins in a valley decorated with dense blackbrush and Joshua trees. However, it quickly rises to a series of ridges on the north side of the mountain. From the summit, hikers are rewarded with vast, unobstructed views of the surrounding wilderness and mountains.

During the drive, travelers experience the region’s incredible valleys, limestone canyons, and diverse topography. Along the road, visitors can take spur trails to Gass Peak or Pine Nut Road, stop at an old corral built by pioneers, or check out Fossil Ridge, a beautiful Devonian outcropping.

Looking for a place to stay during your visit to the Sheep Range? Here are some of the nearby cities and towns to check out:

Las Vegas is also home to an international airport and plenty of lodging options, making it the perfect basecamp to explore southern Nevada’s diverse landscapes.

Located just outside of Las Vegas, at the southeastern end of the Las Vegas Valley, Henderson is a family-friendly, rapidly growing community that features a healthy variety of lodging options and amenities. Visitors to Henderson can easily spend an evening under the bright lights of Las Vegas, while also achieving a little more solitude in one of the city’s many parks and preserves. 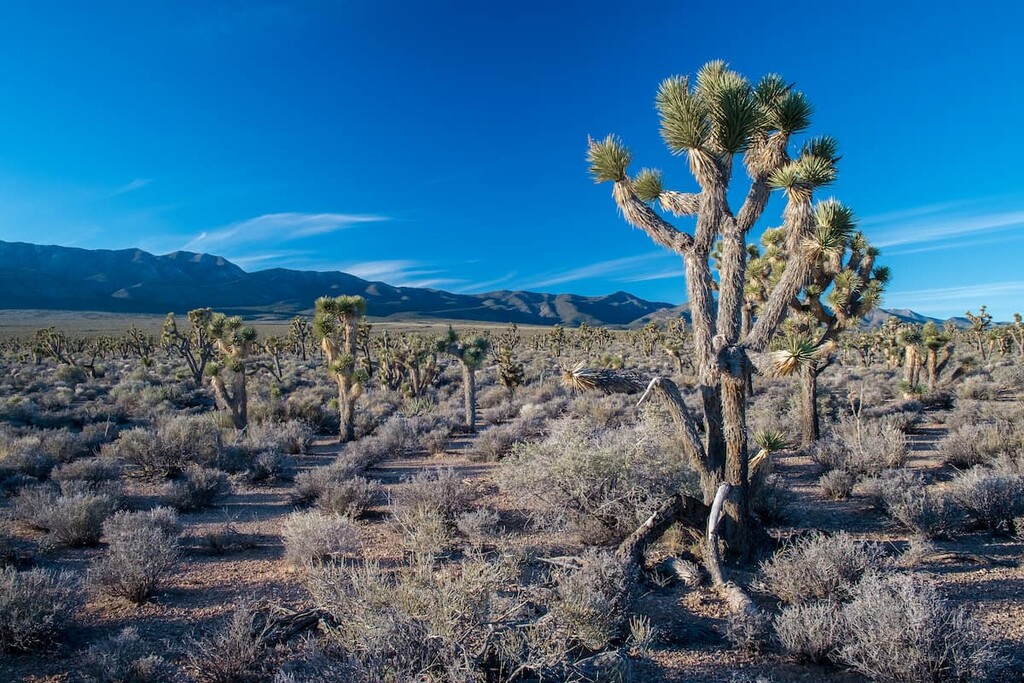 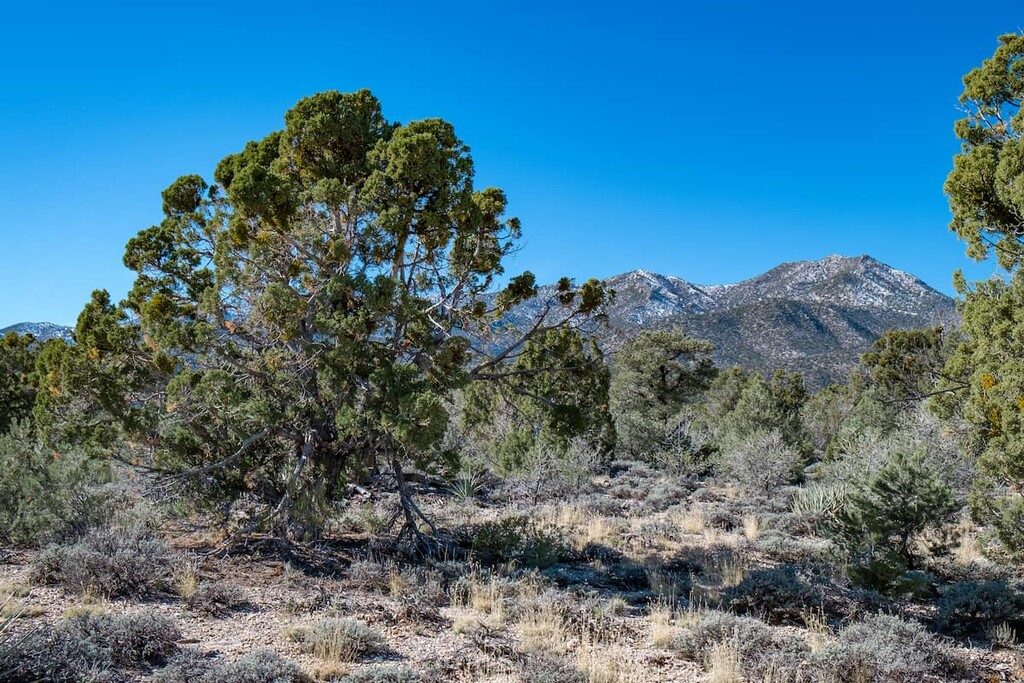 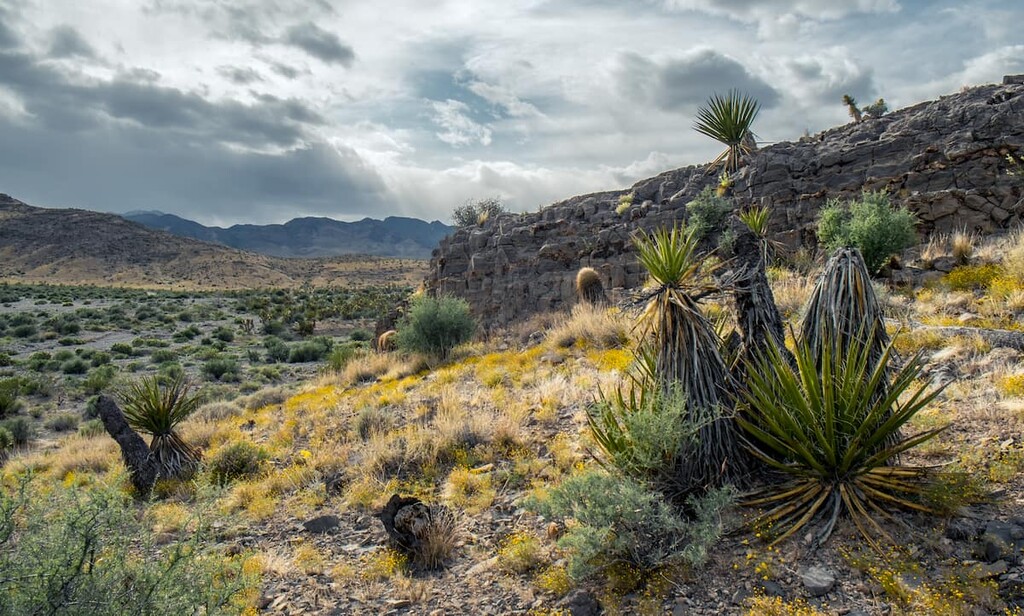 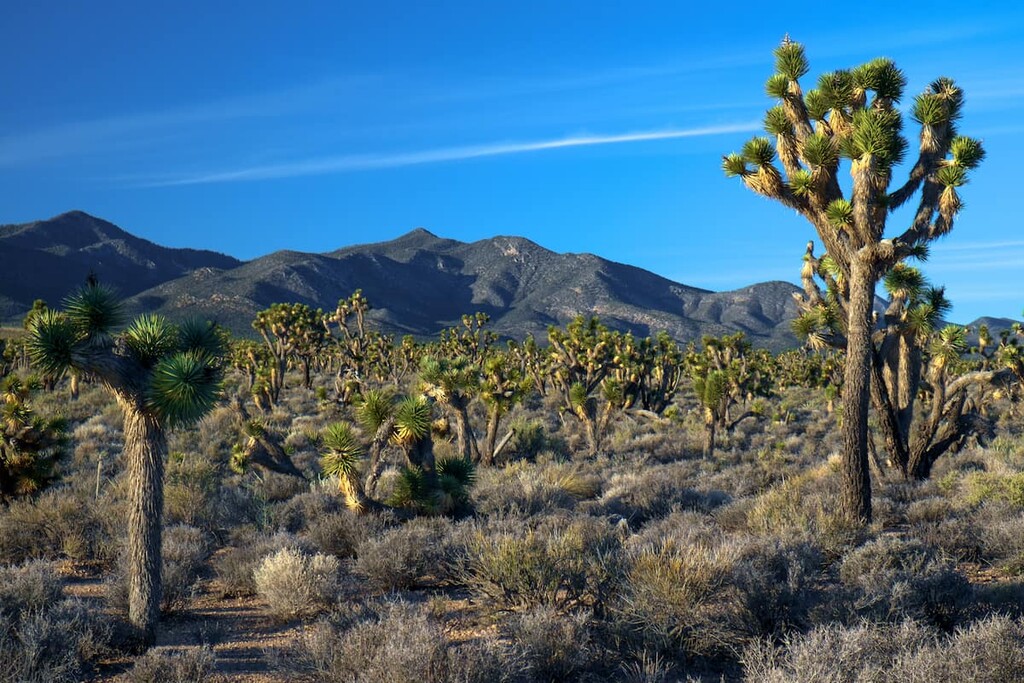 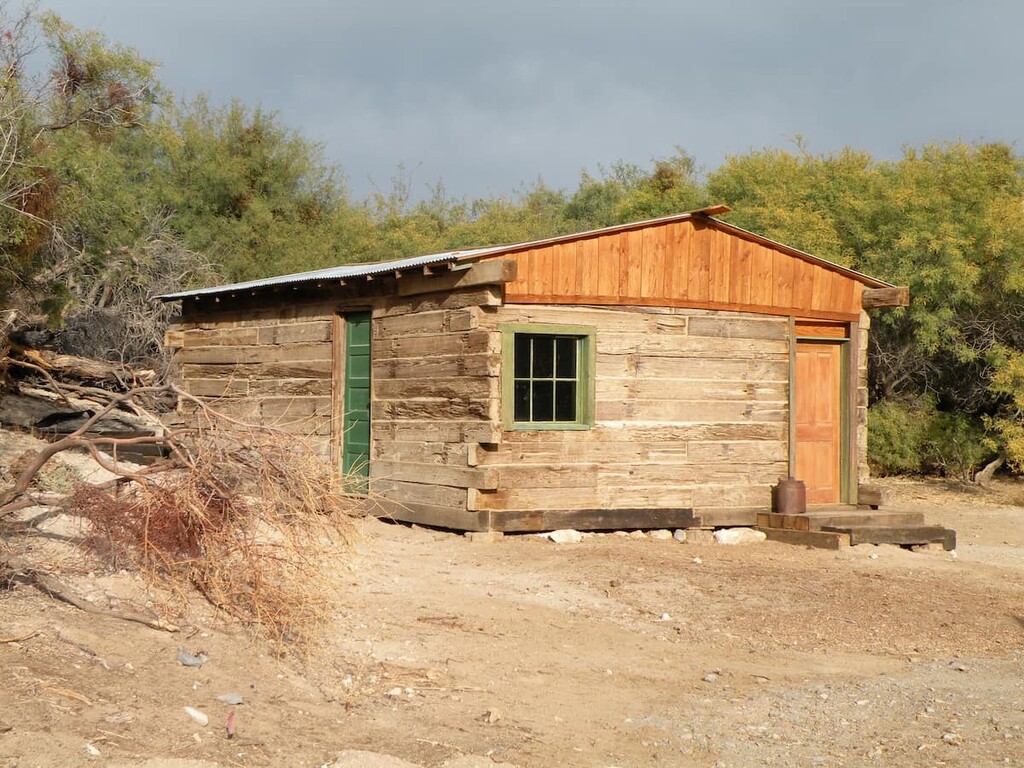