Situated just north of the San Francisco Bay Area, the Mayacamas Mountains are a collection of rolling hills and chaparral-covered peaks in the north-central part of the US state of California. The range is home to 75 named peaks, the highest and most prominent of which is Cobb Mountain (4,731ft/1,442m). 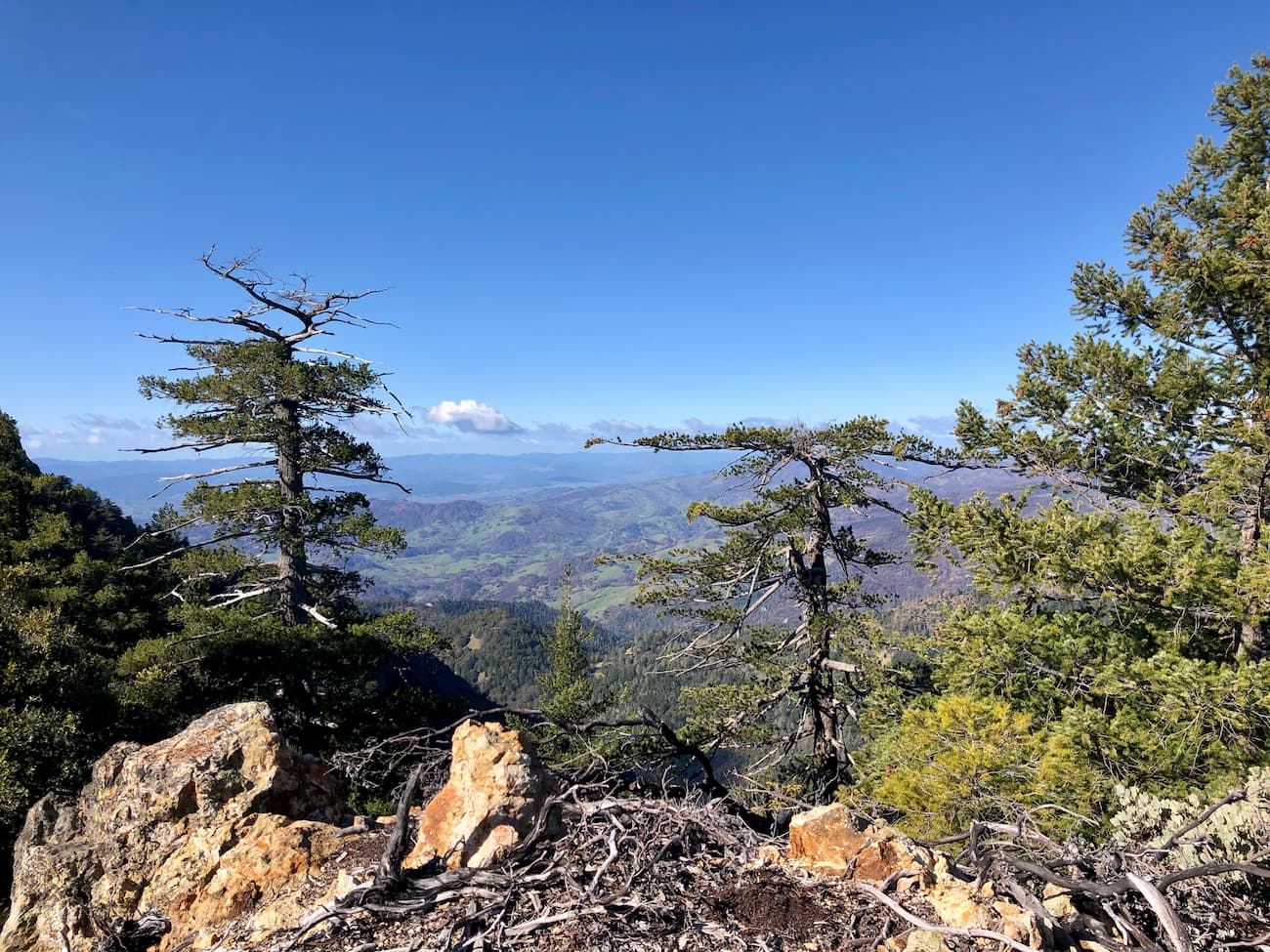 The Mayacamas Mountains cover portions of Mendocino, Lake, Napa, and Sonoma counties, extending for some 52 miles (80km) from the northwest to the southeast. Located to the east of the city of Ukiah and west of Clear Lake, the range is bordered to the north by Jackson Demonstration State Forest.

Clear Lake separates the Mayacamas Mountains from Berryessa Snow Mountain National Monument and the Mendocino National Forest to the east. The range is bordered to the south by the Napa Sonoma Marshes Wildlife Area and the San Francisco Bay.

Within the range, there are quite a few protected areas, including Annadel State Park, Robert Louis Stevenson State Park, and Bothe-Napa Valley State Park, as well as a handful of smaller regional parks and recreation areas.

The Mayacamas Mountains are part of the Northwest US Coast Ranges, which extends from the northern San Francisco Bay Area of California through Oregon and Washington close to the border of Canada’s British Columbia.

Geologically, the Mayacamas Mountains are composed mostly of marine sedimentary rocks from both the Great Valley and Franciscan complexes. The Franciscan complex is also found throughout the California Ranges including in the San Rafael Mountains, the Santa Lucia Mountains, and the Diablo Range.

Interestingly, the Franciscan complex, which is mostly semi-metamorphosed greywacke sandstones, conglomerate, and shales, is believed to have formed before the San Andreas Fault, which is a major geologic feature of the region. Most of these rocks are between 150-66 million years old, but some date back as far as the early Jurassic (180-90 million years) or as early as the Miocene (15 million years).

However, the region is also dominated by the Sonoma Volcanics, a major geologic formation that’s found throughout both Napa and Sonoma counties. The majority of the Sonoma Volcanics is Pliocene Epoch-aged (5.3-2.58 million years ago) rocks of igneous origin, including perlitic glass, pyroclastic tuff, rhyolite tufts, andesite breccias, basalt, and obsidian.

These rocks are the parent material for a significant portion of the soil in the wine regions of both Napa and Sonoma. Indeed, the diversity of the parent rocks in this area is one of the reasons why the Napa and Sonoma Valleys are such high-quality wine-growing regions. There are more than 100 soil variations within Napa Valley, alone, most of which are fertile nutrient-rich enough to support such a high concentration of vineyards.

The region in and around the Mayacamas Mountains includes a variety of ecosystems, including California oak woodland, oak savanna, grassland, and chaparral. The most dominant oak species in the range includes live oak, black oak, and blue oak.

Around Napa County, there is also a major bird migration route that runs from Canada to Mexico. There are hundreds of bird species, including golden eagles, that nest in the Napa region, and dozens of others that visit the area during their migration each year.

The Mayacamas Mountains, as well as the neighboring Sonoma and Napa Valleys, have been home to humans for thousands of years. The Wappo, Pomo, and the Yuki people, among countless others, lived in the region for millennia before the arrival of Europeans.

Juan Cabrillo, an Iberian sailor, made it as far north as Point Reyes to the west of the Mayacamas Mountains during his 1542 voyage up the California coast, but never landed in the region. In 1776, Spanish Governor Felipe de Neve established a fort in the region but permanent European settlers didn’t arrive until the 1820s and 30s.

In 1838, a smallpox epidemic raged through the region, killing many of the settlers and native people. By 1841, a survey party from de Neve’s fort summited Mount Saint Helena (different from the similarly named Mount Saint Helens), placing a plaque on its summits.

Throughout the 1830s and 1840s, at least one dozen ranchos were created in and around the Mayacamas Mountains, mostly in the Napa Valley region to the east. After California became part of the United States in the aftermath of the Mexican-American war, the population of the region started to grow rapidly.

While other parts of the state saw a massive boom in population during the California Gold Rush, the Mayacamas Mountains and Napa regions became a center for mercury and silver mining. Since the closing of the mines, the area has become a major hub for vineyards and wineries, thanks to its fertile soil.

However, the Mayacamas Mountains and the surrounding area were hit by a number of large forest fires in recent years. These include the 2017 Northern California Fires and the 2019 Kincaid Fire.

Much of the land around the Mayacamas Mountains is privately owned, so hiking is often limited to established public lands. Here are some of your best hiking areas within the range:

Annadel State Park is a small protected area just east of Santa Rosa. It is home to one named peak, Bennett Mountain (1,906ft/582m). The park is located at the northernmost edge of Sonoma Valley and contains 5,091 acres (2,061 ha) within its boundaries.

Much of the park is dominated by volcanic rock formations, including large outcrops of obsidian, which was mined by indigenous peoples. This region includes one of the best remaining stands of undisturbed northern oak woodlands left in the world.

At Annadel State Park, visitors can enjoy great wildlife viewing throughout the year. However, the spring and summertime wildflower blooms are a must-see if you’re in the area.

Portions of the park burned during the 2017 Nuns Fires, but most of the area’s trails have reopened in the years since. Good hiking options include Warren Richardson Trail, Cobblestone Trail, Canyon Trail, Lawndale Trail, and the Marsh Trail.

Robert Louis Stevenson State Park is located in the central part of the Mayacamas Mountains near the city of Calistoga. It contains two named mountains - Mount Saint Helena and Red Hill.

The park was named after Scottish author Robert Louis Stevenson, who wrote Treasure Island. Stevenson and his wife spent their honeymoon in a cabin near Mount Saint Helena in 1880.

Robert Louis Stevenson State Park is covered mostly with chaparral and evergreen forests. It has just one trail, which takes visitors to the summit of Mount Saint Helena. On very clear days from the summit, you can see a significant amount of the Bay Area, as well as Mount Shasta in the Cascade Range.

Bothe-Napa Valley State Park was established in 1960 to protect its stand of coast redwoods - the furthest inland coast redwoods in any California state park. Although the park is small, it does have a number of hiking trails, including Ritchey Canyon Trail, Redwood Trail, Coyote Peak Trail, and Bale Grist Mill History Trail.

Here are some of your best options for places to stay when visiting the Mayacamas Mountains:

Oakland is a major city in the East Bay region of the San Francisco Bay Area. It is the eighth-most populated area in California with over 430,000 residents. Although it is not the largest city in the region, it does have the busiest port in the Bay and in Northern California.

The city is a short drive from the Mayacamas Mountains and is home to one of the main airports that services Napa Valley - Oakland International Airport. People traveling to Oakland can also fly into San Jose and San Francisco’s airports. The city also has long-distance train service provided by Amtrak.

Santa Rosa is the largest city in California’s “Wine Country” with a population of over 175,000 people. It is located just west of the central Mayacamas Mountains and it is considered a cultural hub of the region.

Santa Rosa is located along US Route 1010 and is just one hour from San Francisco. The city has a regional airport (Charles M. Schulz-Sonoma County Airport), which offers good connections to major cities around the United States.

The city of Napa is located near the central part of the Mayacamas Mountains. It is home to nearly 80,000 people and it is known for its wine production. The city offers good access to the range and is fairly easy to get to by road from the Bay Area.

Sacramento is the capital city of the state of California. It is located just south of the Mayacamas Mountains and is a good place to fly into if you’re looking to visit the southern part of the range.

The city is the sixth-largest in the state, with a population of over 510,000 people. Sacramento is considered a cultural hub of the area and it offers great transport links to the Central Valley. I-5 runs through Sacramento toward Redding while I-80 connects the city to San Francisco. Amtrak also runs regular passenger service to both the Bay Area and Southern California. 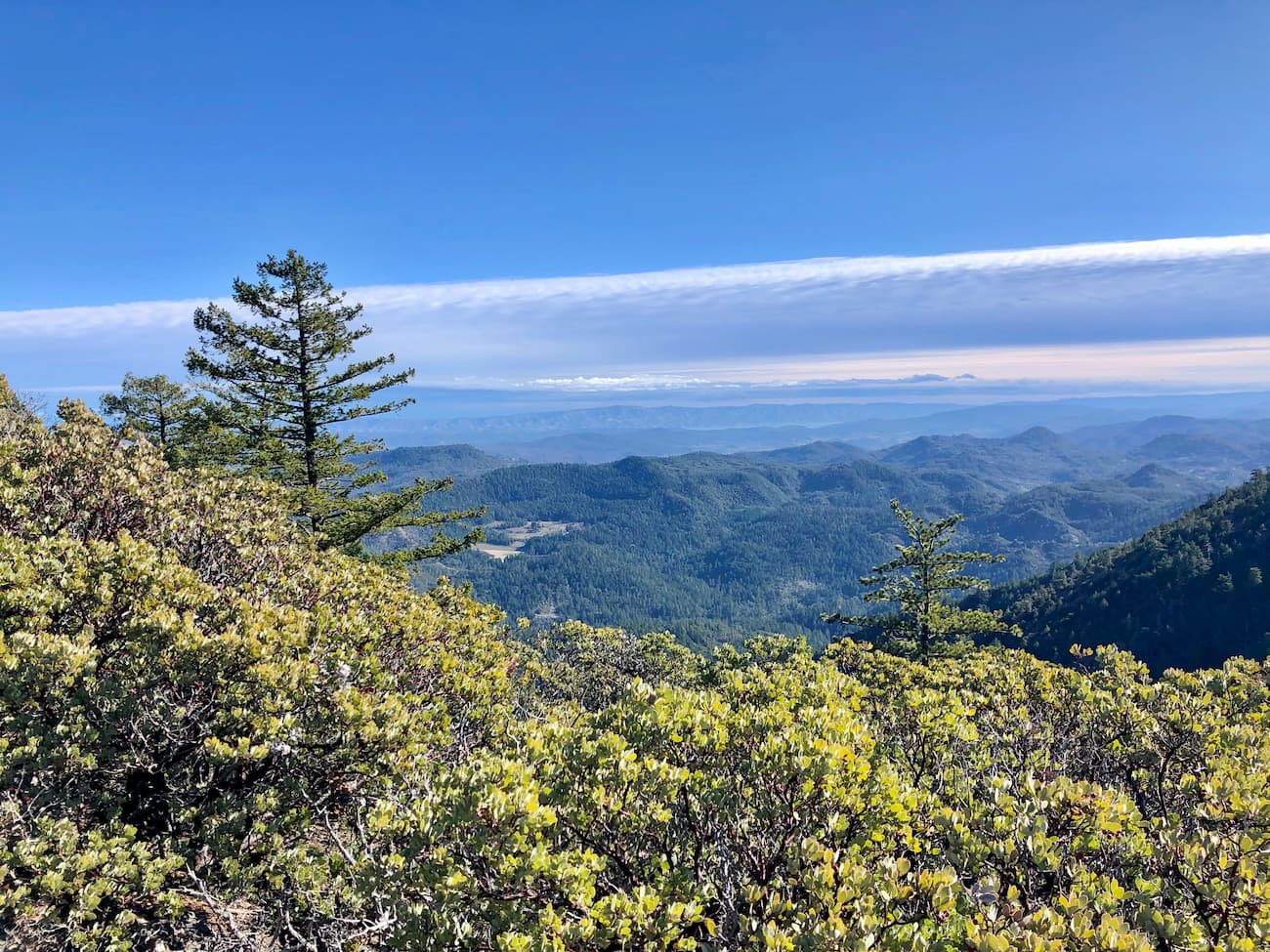 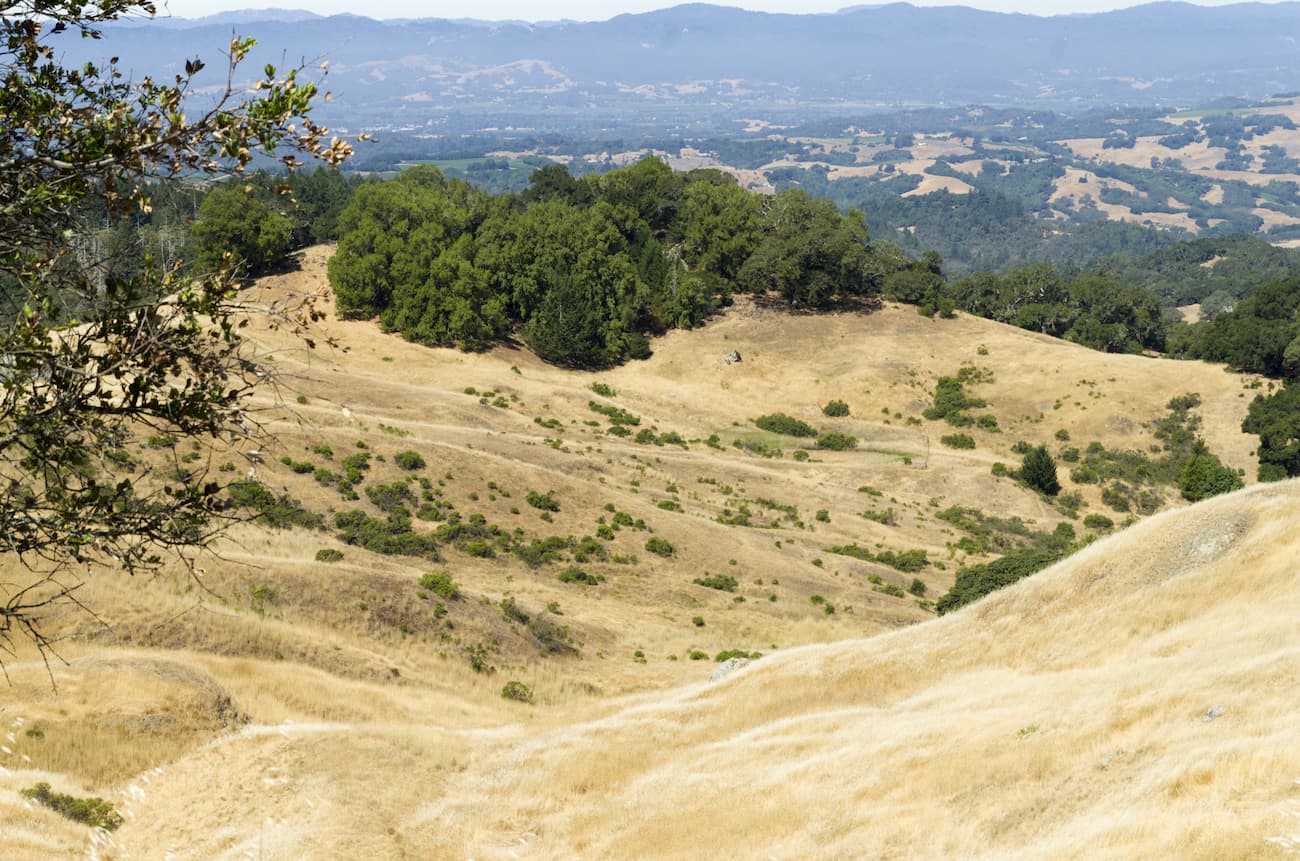 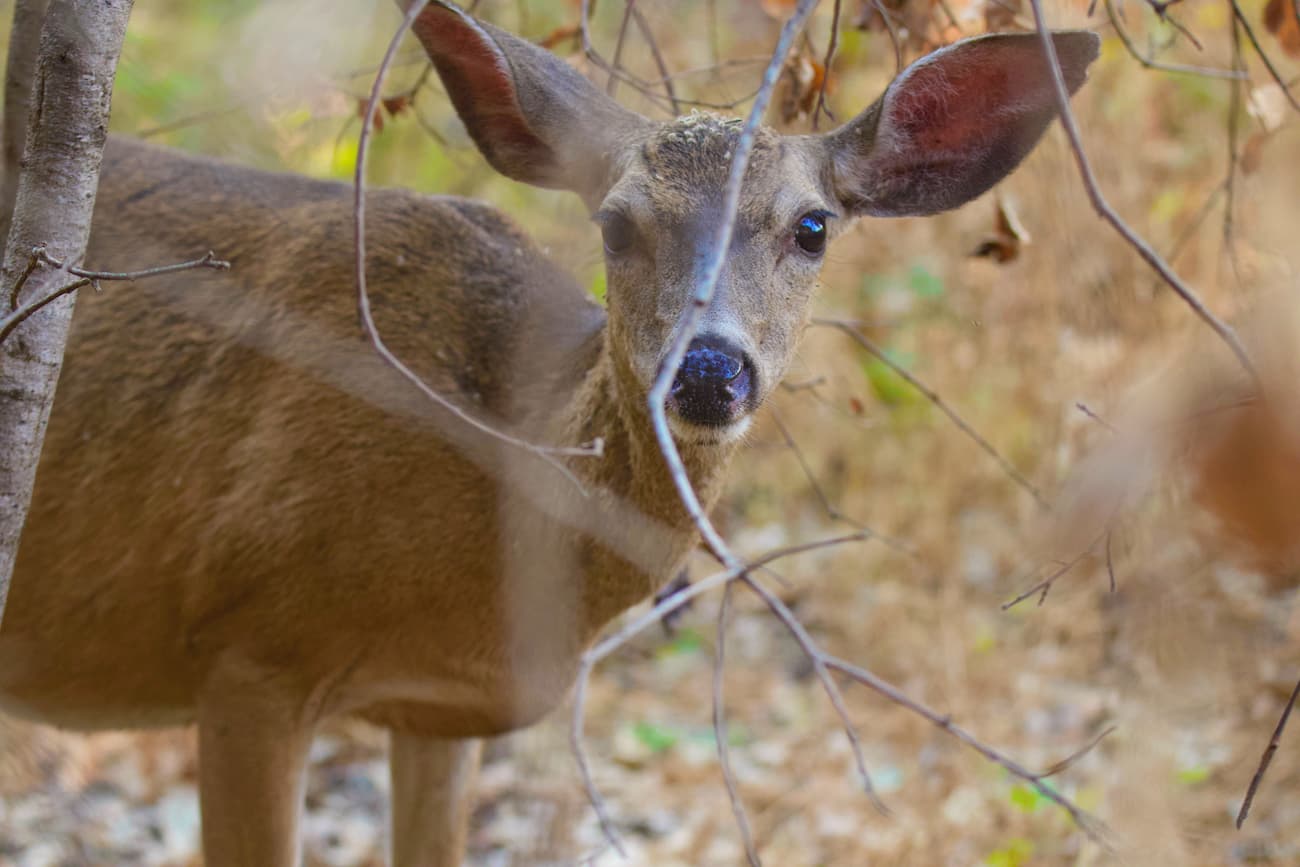 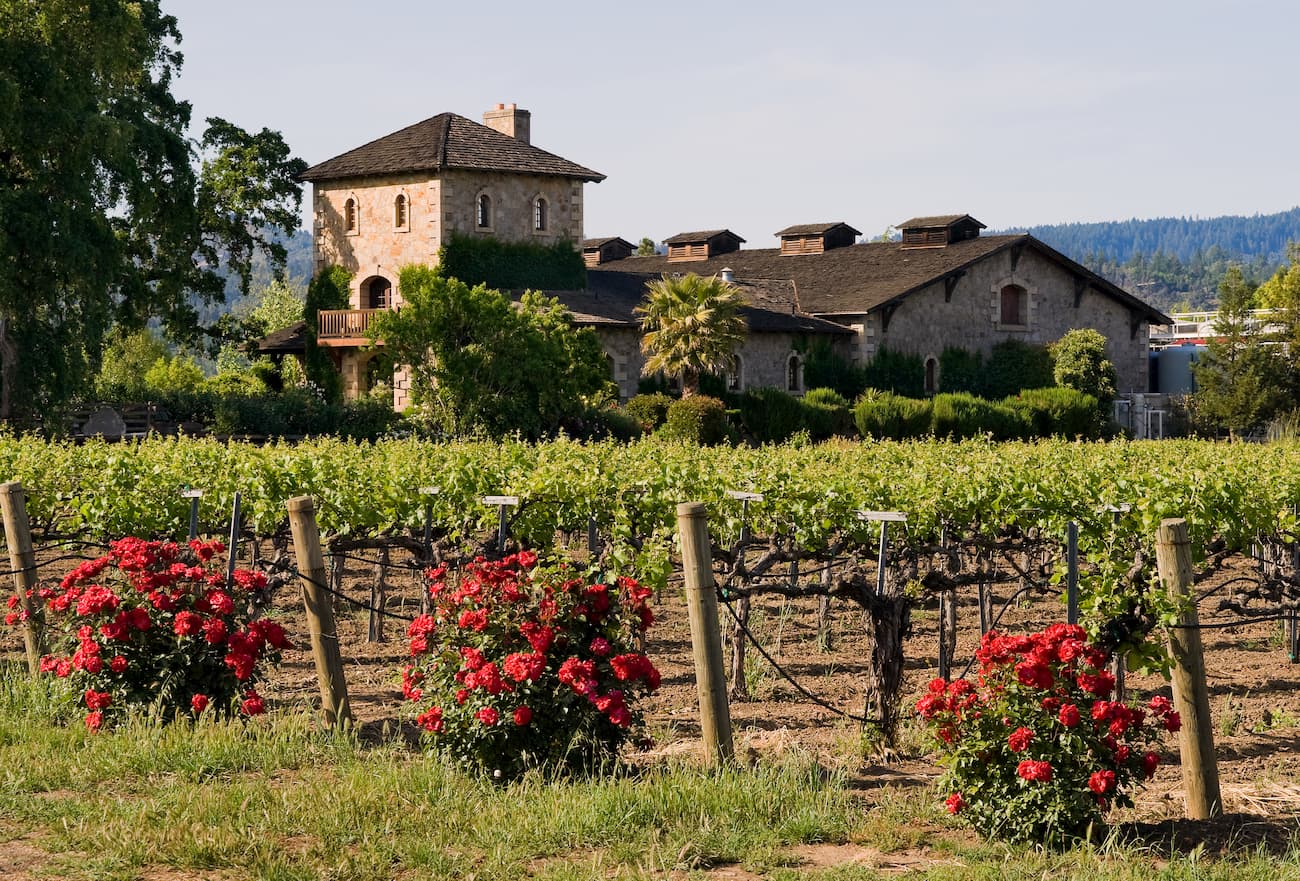 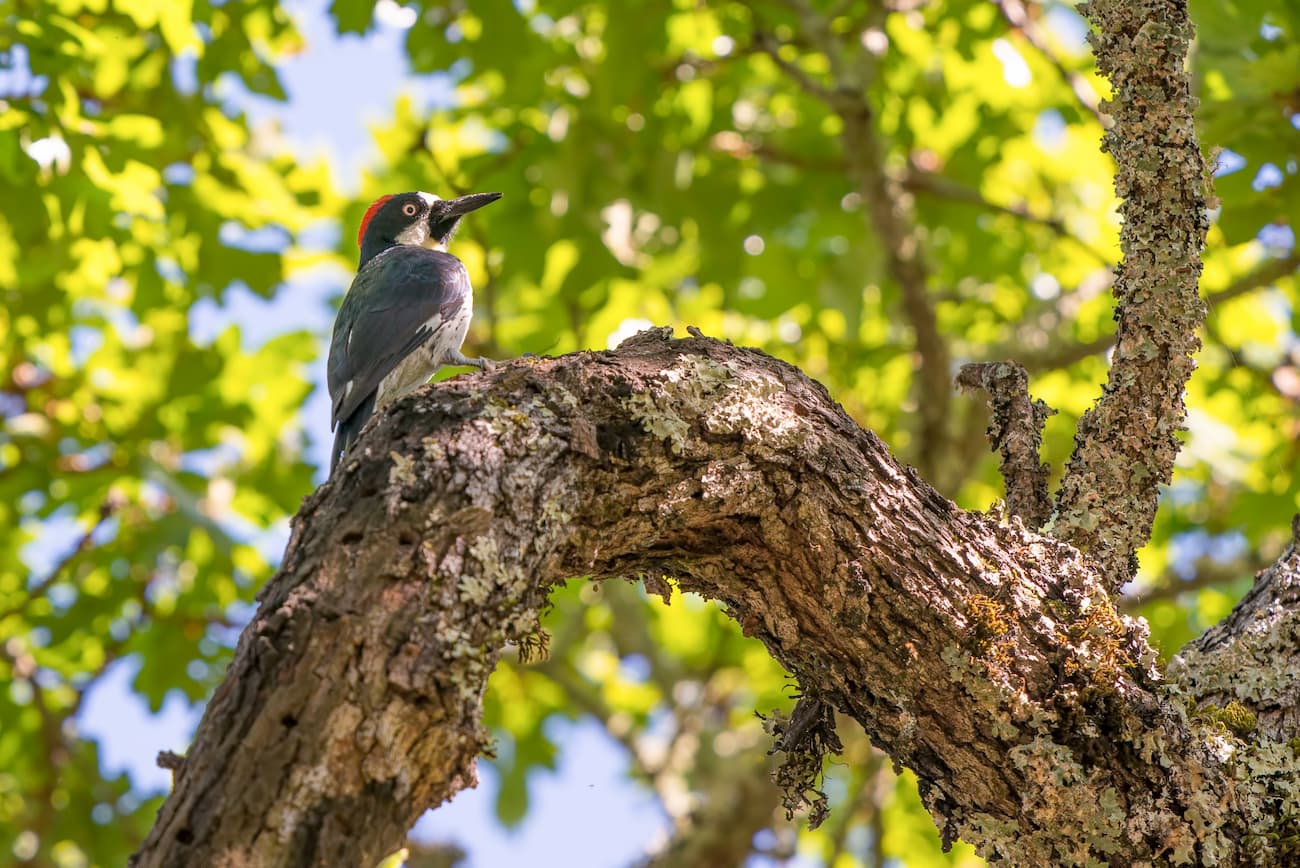 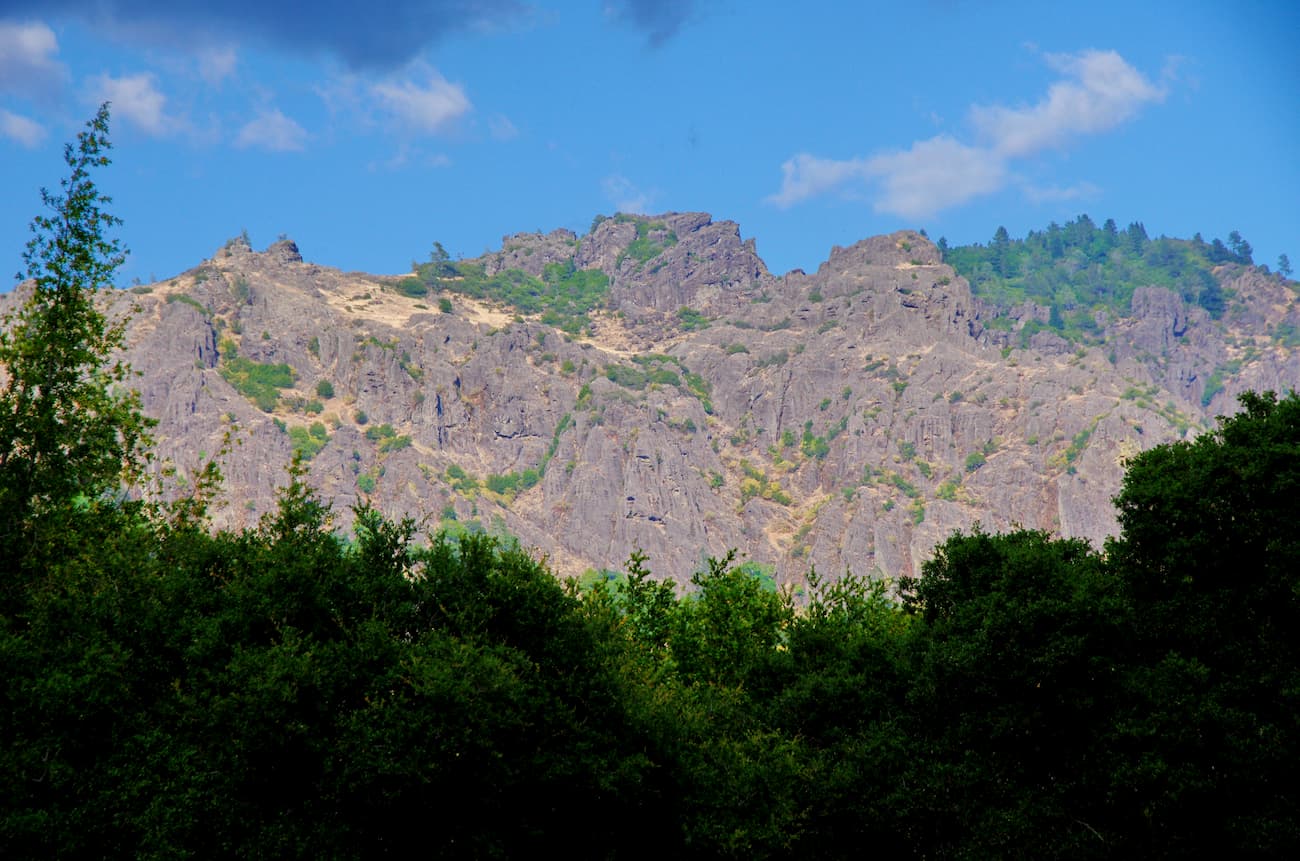 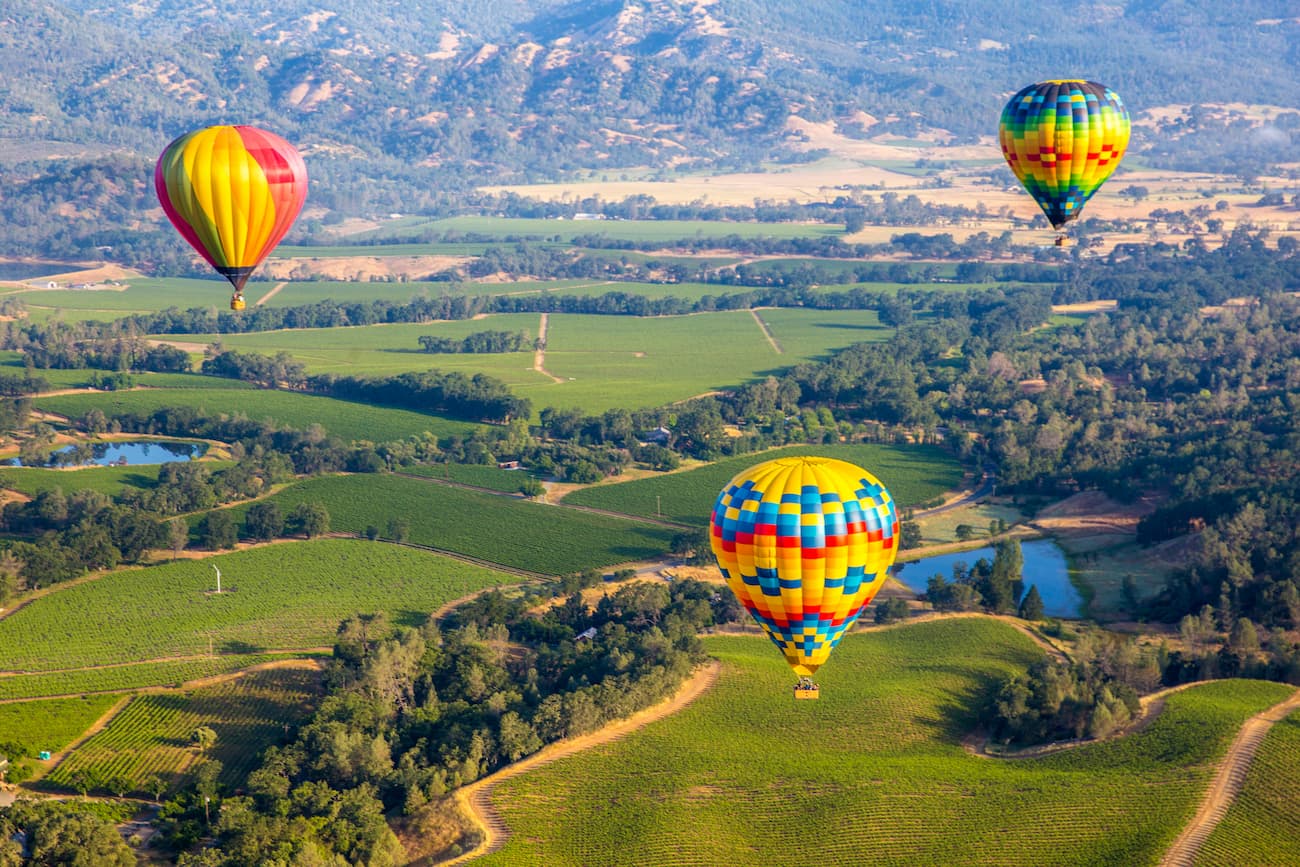