Known for their rocky terrain and prominence above the valleys below, the San Rafael Mountains are located in the south-central part of the US state of California. The range is home to 49 named peaks, the highest and most prominent of which is Big Pine Mountain (6,818ft/2,078m). 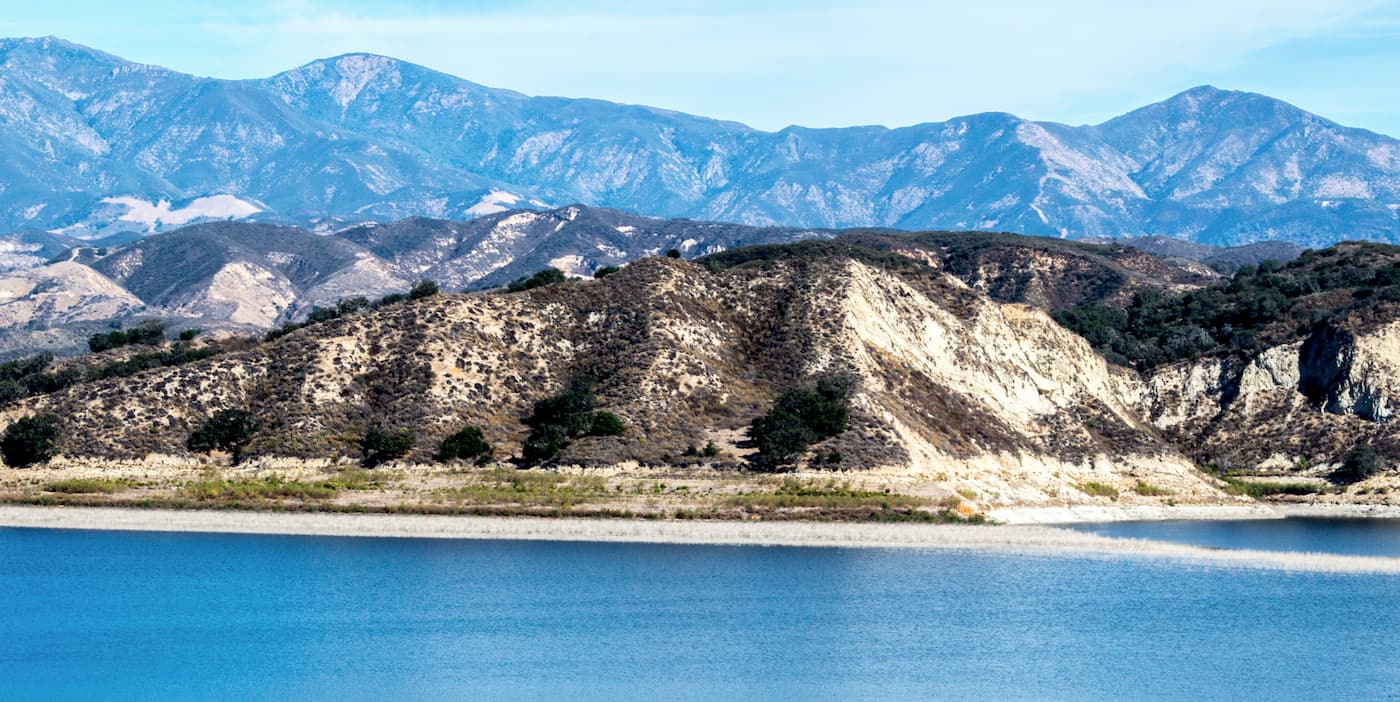 The range extends for some 50 miles between the cities of Santa Maria and Santa Barbara and is about a 30-minute drive from the Pacific Ocean. Most of the San Rafael Mountains are included within the Los Padres National Forest. Additionally, the northernmost sections of the range are part of the San Rafael Wilderness and Dick Smith Wilderness areas.

Geologically, the San Rafael Mountains are comprised mostly of sedimentary and metamorphic rocks. The majority of these rocks are Jurassic or younger in age, though there are a few igneous intrusions throughout the region.

As a part of the California Ranges, the San Rafael Mountains were formed as a result of the movement of nearby faults and the uplift of various crustal blocks. Indeed, the range is located close to both the San Andreas Fault and the Big Pine Fault, which has helped shape the region into the landscape that we see today.

The mountains are known for being quite dry in the summer months, with mild, rainy winters typical of a Mediterranean climate. At higher elevations, the San Rafael Mountains get a modest amount of snow, particularly when compared to the snow-free valleys below.

At its lowest elevations, the San Rafael Mountains are dominated by chaparral, which is typical of the region. Chaparral consists mostly of fire-resistant shrubs and brush, which are well adapted to deal with the high severity fires that roll through the region every few decades. In fact, most areas within the San Rafael Mountains have burned within the last 100 years.

As the mountains get higher, the low-elevation chaparral is replaced by montane chaparral and woodlands, which is a unique ecosystem found only in southern and central California. Outside of the San Rafael Mountains, this type of ecosystem is found in the Santa Ynez Mountains, Santa Lucia Mountains, San Bernardino Mountains, and a few other ranges in the region. The ecosystem consists mostly of scrub oak, manzanita, and other fire-resistant oak species.

Above the montane chaparral and woodlands, the San Rafael Mountains are home to coniferous and mixed evergreen forests of Jeffrey pine, white fir, singleleaf pinyon pine, ponderosa pine, and sugar pine. In some of the region’s shaded canyons, you can also find oaks, Douglas-firs, and coulter pines.

Wildlife in the region includes California mule deer, black bear, bobcats, coyotes, and the occasional mountain lion. California condors are known to live in the nearby Sespe Wilderness and they are occasionally sighted in the San Rafael Mountains.

The Chumash people are the traditional inhabitants of the San Rafael Mountains, the nearby Santa Ynez Valley, and the greater California Central Coast, including parts of the Channel Islands. Indeed, many nearby towns have names with Chumash origins, including Ojai, Lompoc, and Malibu.

The Chumash have lived in the region for at least the last 13,000 years, having formed hundreds of independent villages around the region. Spanish sailor Juan Cabrillo was the first European to arrive in the region in 1542.

By 1770, Spanish settlers started forming colonies on Chumash territory. The Spanish created multiple missions to try forcibly convert the Chumash to Christianity. But much of the Chumash population was wiped out by diseases like smallpox and routine massacres at the hands of European and European-American settlers.

These days, there is a small 127 acre (51.4 hectare) Chumash Reservation (known as the Santa Ynez Reservation) just to the south of the town of Santa Ynez. The reservation was created in 1901 and represents a tiny section of the original territory of the Chumash people.

As the California Central Coast became more heavily populated with European Americans, mining became a major source of income in the region of the San Rafael Mountains. There were a number of mercury mines on the southern slopes of the range and the tailings from these activities can still be seen today.

Here are some of the most popular places to hike in the San Rafael Mountains:

The Dick Smith Wilderness is located in the eastern part of the San Rafael Mountains and is home to 3 named peaks, the highest and most prominent of which is Big Pine Mountain. The wilderness is wholly contained within the Los Padres National Forest and is most accessible from the city of Ojai.

Hikers can enjoy a selection of trail options that offer good access to some of the wilderness’ peaks, including Madulce Peak. Big Pine Mountains is also a worthy destination but requires multiple days of grueling hiking from Santa Barbara Canyon to reach the summit.

The San Rafael Wilderness offers a number of great hiking options, including the Hurricane Deck Trail, the Sweetwater Trail, the Sisquoc Trail, and the Lost Valley Trail. Most of these hikes can be accessed from the Santa Ynez Valley.

Figueroa Mountain is a very popular hiking destination, particularly among locals from nearby Los Olivos and Santa Ynez. The 9.2 mile (14.8km) out and back trail starts at the Davy Brown Campground near Sunset Valley Road.

To get to the summit of Figueroa Mountain (or Fig, as the locals call it), you’ll walk along parts of the Davy Brown, Willow Spur, and Willow Spring Trails before returning back the same way.

If you’re planning a trip to the San Rafael Mountains, the best place to stay really depends on what part of the range you want to access. Here are your options:

The Santa Ynez Valley contains five towns (Los Olivos, Santa Ynez, Buellton, Ballard, and Solvang), which are all located in close proximity to each other. The valley has about 20,000 residents and is a 45-minute drive from the airport in Santa Barbara.

It is a well-known wine-tasting region, particularly for residents of southern California, who frequent the Valley for day trips in the summer. Los Olivos and Santa Ynez are the closest towns to the San Rafael Mountains. The town of Solvang is also well-known for its unique Danish-esque flair and is worth a visit if you’re in the area.

The city of Santa Barbara is located just southeast of the San Rafael Mountains. It is home to over 90,000 people and is a cultural and tourist hub of the region. Santa Barbara has a busy regional airport as well as good connections to the rest of California via US Route 101 and a number of Amtrak train lines.

Los Angeles is the largest city in California and the second-most populous in the United States, after New York. The city has over 4 million residents and offers fantastic connections to destinations around the world through its international airport, LAX. Los Angeles is about a 2.5-hour drive from the San Rafael Mountains - without traffic, of course.

Ojai is a city of over 7,500 people that’s located just south of the San Rafael Mountains. Highway 33, which connects Ojai to Cuyama, offers good access to the northernmost part of the range. Ojai is just north of Ventura and is easy to get to by road from Los Angeles. 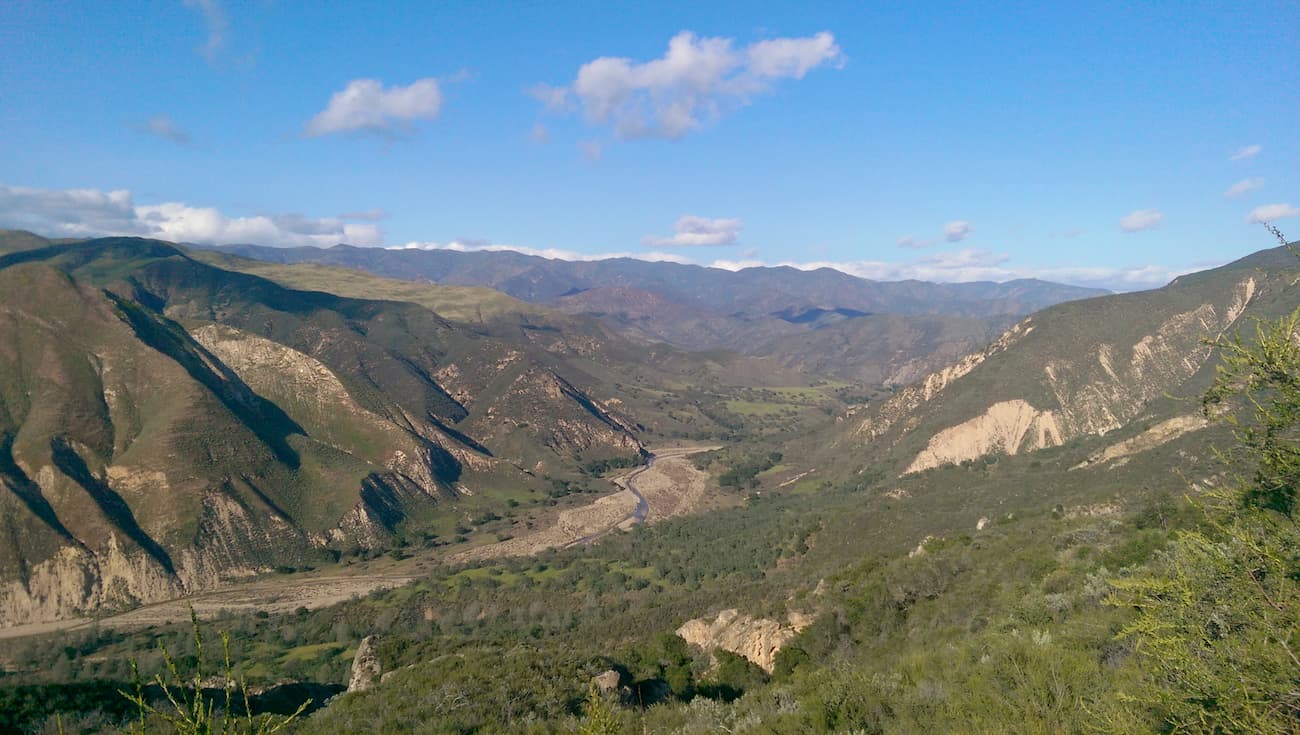 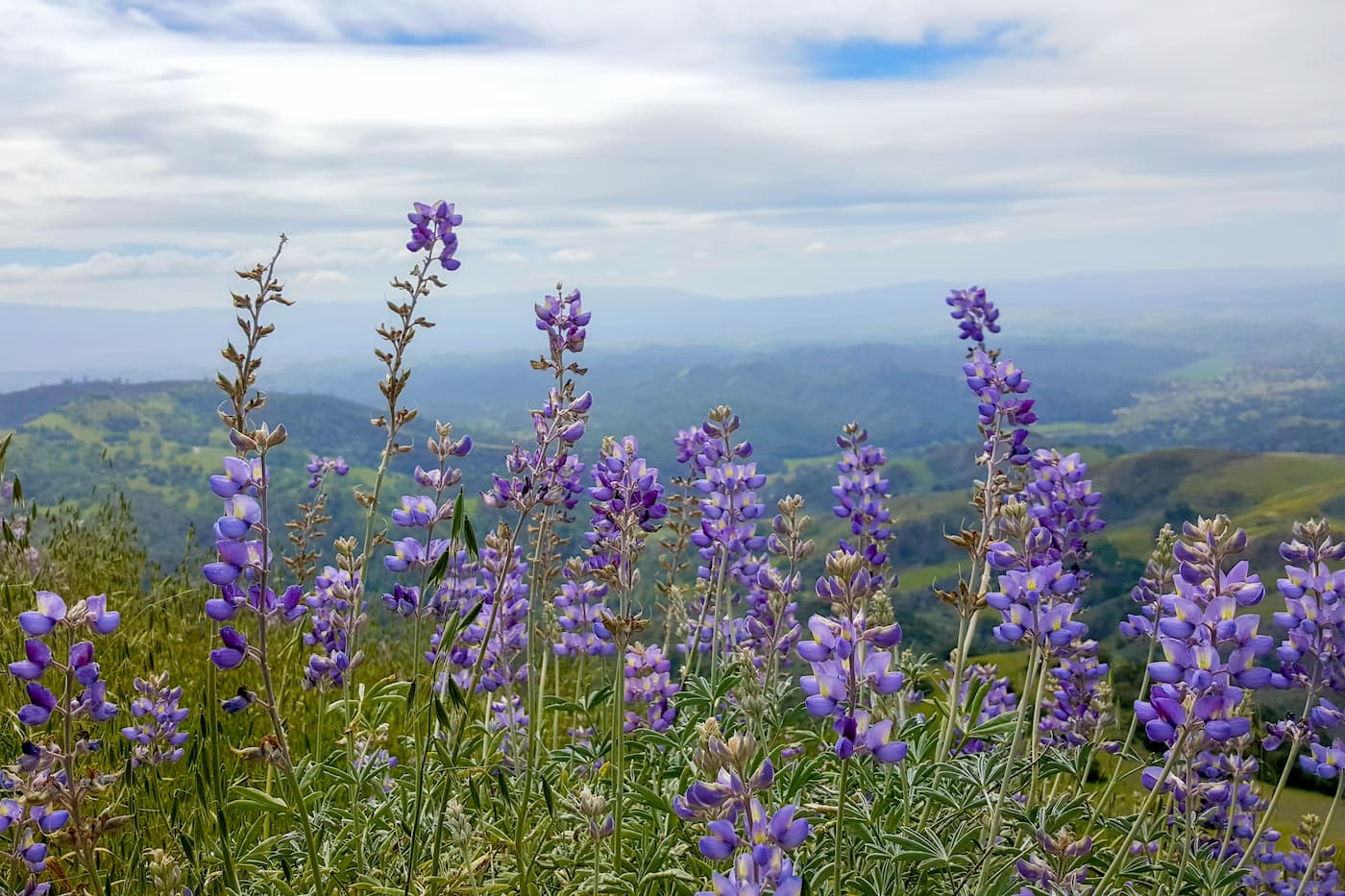 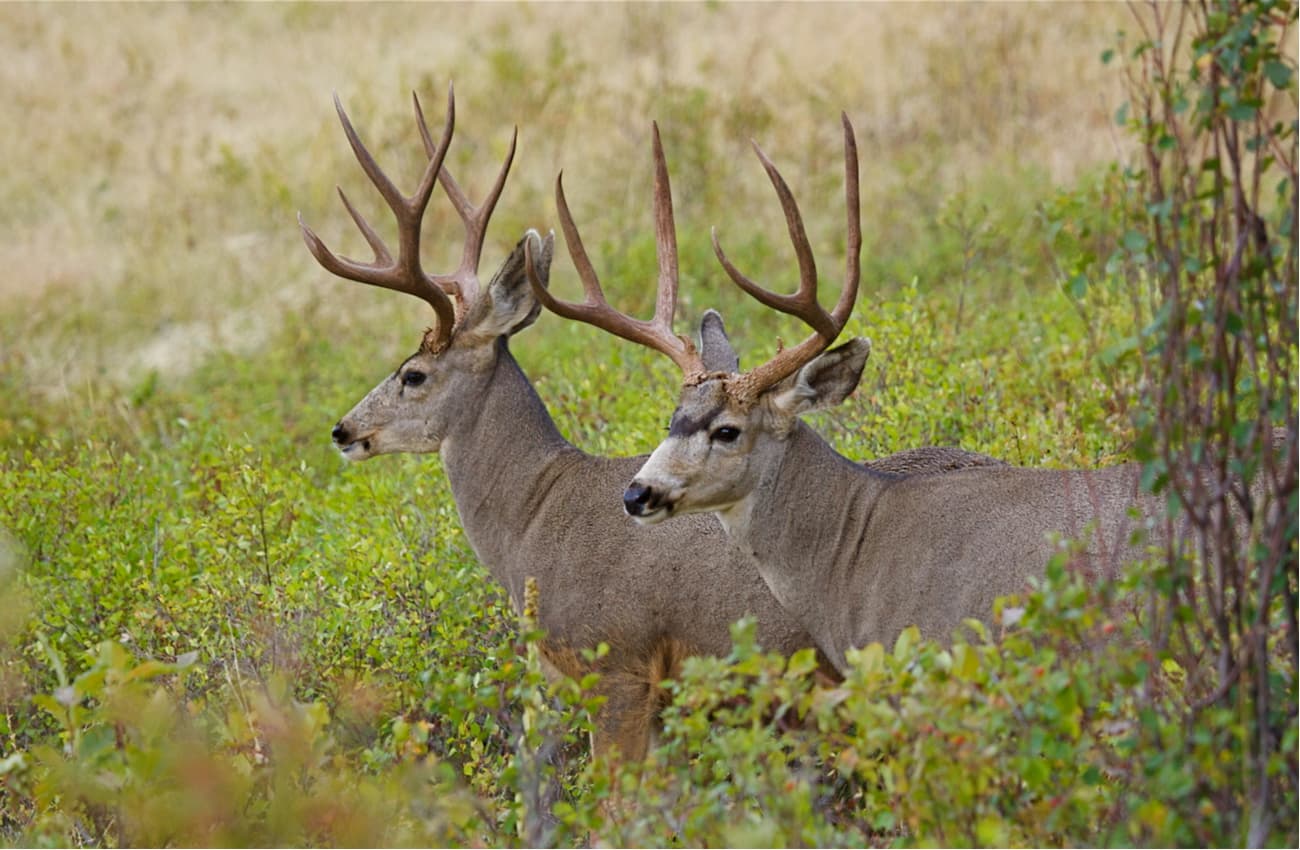 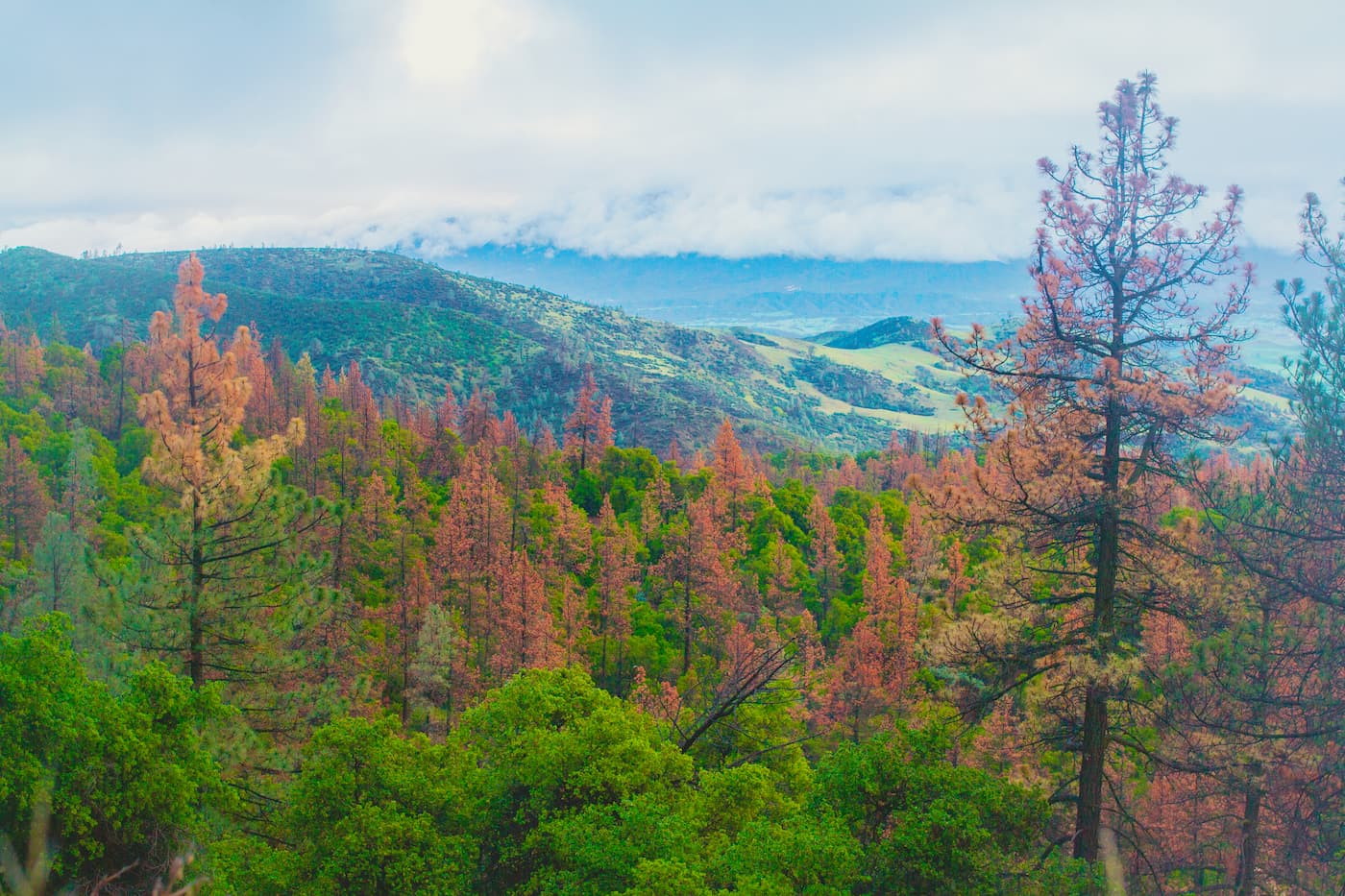 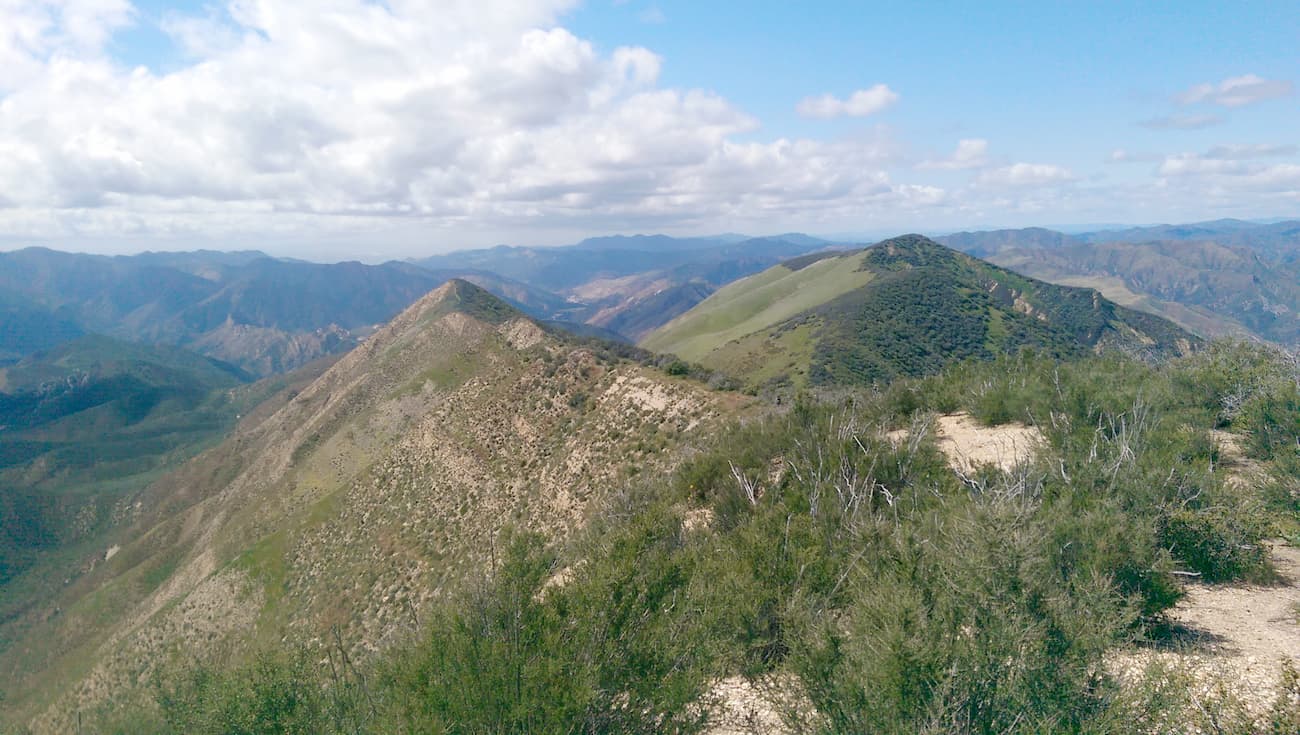 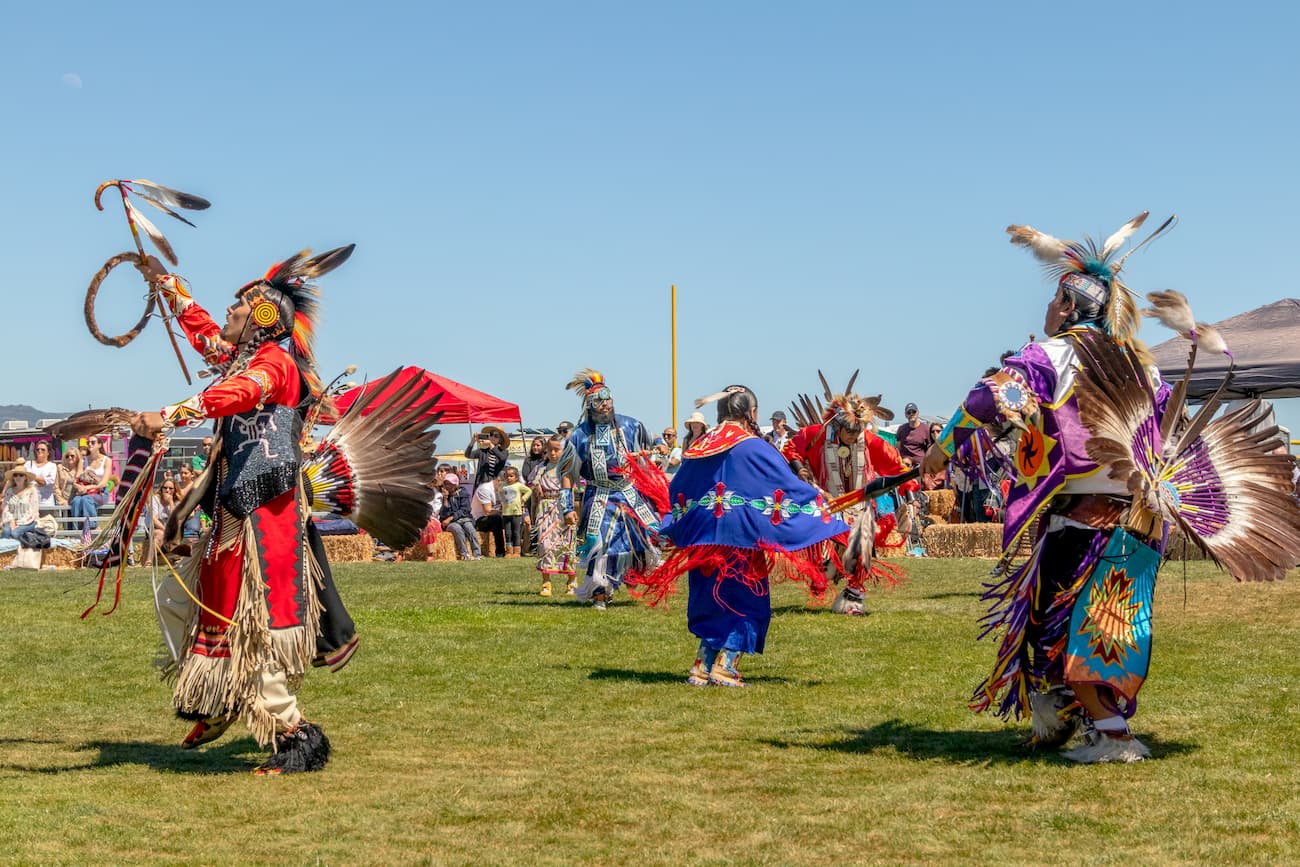