Mountain Lifts
A. A. Pigra

Reference books tell you Lake Como is the deepest lake in Europe. It is the lake with many names, the safe haven for many cosy towns, the home to magnificent villas. The history and culture of the region start from the Ancient Roman times with the Medieval to Neoclassical ages leaving noticeable footprints still seen nowadays. 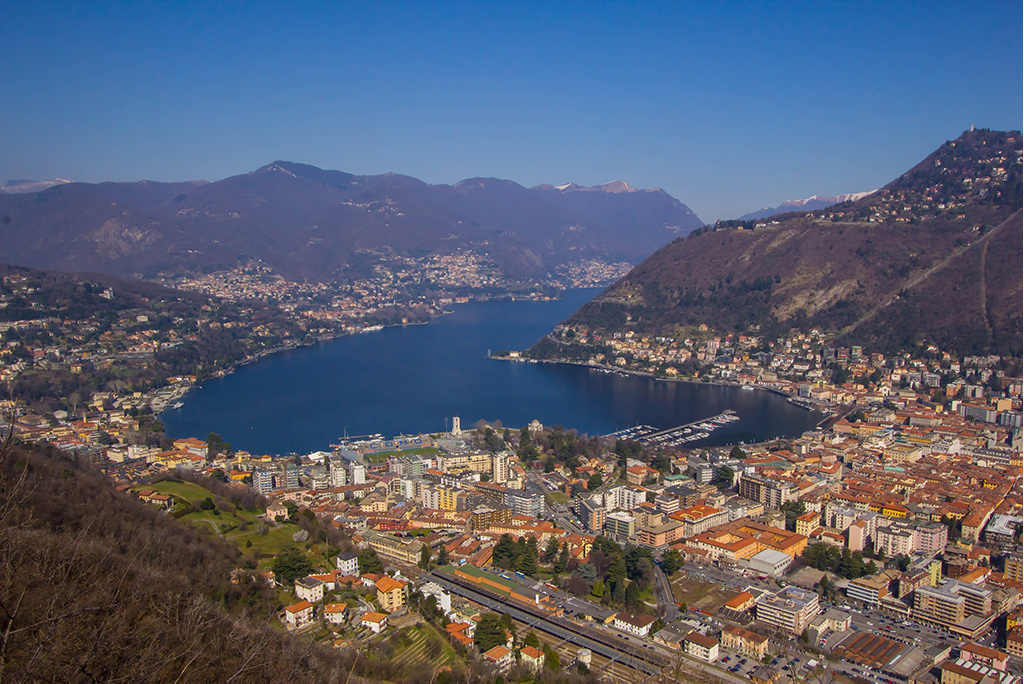 The mountains and valleys that surround Lake Como are among the most splendid places in the Lugano Prealps area with breathtaking landscapes and panoramic views. Walking the paths and trails allows you to savour the uniqueness of the hills and lush woods.

There are 215 named mountains in Como. The highest peak is Monte Cardinello (2520 m). It is located in the Lepontine Alps which are a mountain range in the north-western part of the Alps above the Lugano Prealps. The most prominent mountain is Monte San Primo. These places are suitable both for lovers of summer excursions and winter sports fans, the facilities serve all occasions.

Monte San Primo, Corni di Canzo, Monte Bregagno and Pizzo Gino are the ideal destinations for one day trip outside the city for those who want to be in contact with nature.

The valleys such as Valsassina, Valvarrone, Valle San Martino and Val d'Esino, Val d'Intelvi, Val Menaggio, Val Cavargna, Valsolda and the Valleys of the Alto Lario Occidentale are the places rich in history and traditions that are still alive today in small towns and authentic villages that seem lost in time.

The Province of Como with its enchanting lake that merges with the mountains is a surprising and unique place in the world that with its changing but at the same time harmonious landscapes leaves an indelible memory.

The Lake could be divided into four major areas: Como area, Lecco area, “alto lago” aka the upper lake and “the lake triangle” formed between Como-Bellagio-Lecco. Como area is known for three important historical routes:

“Via dei monti Lariani” is Como lake mountain path, a beautiful hiking trail that starts off Cernobbio and finishes at Sorcio connecting towns along the western bank of Lake Como. This trail is 125km long and suitable for a one-week adventure. Many people prefer to approach it in parts. The first part starts in Cernobbio and finishes in Val d'Intelvi and is 28 km long. The second goes from Val d'Intelvi to Val Menaggio (26 km). The third goes from Val Menaggio to Val Albano (24 km) and the fourth is from the Valley Albano in Sorico (46 km). This trail is designed by the CAI of Como and is entirely marked. The elevation varies from 600m to 1200m.

Formerly, the route was used by pastures (called mûnt) and used by the coastal populations of the Lario (ancient name of Lake Como). The name of the trail is hence “Via dei monti Lariani”, intended precisely as a road linking these ancient settlements which are partly still active, partly abandoned or destroyed by time. It is a trail for hikers with little preparation, but it allows you to admire epic views on Bregagno, Pizzo di Gino, Legnone, Grigne, Corni di Canzo. The path is one of the most fascinating routes in the region of Lombardy.

“The Lariano Triangle” is a beautiful 2-day itinerary that crosses the so-called "Lariano Triangle" from south to north, that is the territory between the two branches of Lake Como and the southern hills between Como and Lecco. The starting point of the route is Brunate reachable from Como by funicular; the arrival is in Bellagio. The 33 km long path goes at an average height of 1,200 meters, almost always on tracks, agricultural or forest roads and comfortable paths without difficulties. The panoramic views are exceptional. The route is open to the south on the hills of Brianza and the Po Valley, to the north on Lake Como and the mountains that surround it. More in the distance, on the clear days, there looms the unmistakable Monte Rosa massif, the mountains of Vallese and Oberland, the Pizzo Badile and the Monte Disgrazia group. Sometimes, in the south-west, it is possible to identify the isolated pyramid of Monviso. The track can be done as a unique trail or in partial sections in both directions from Brunate to Bellagio and vice versa.

The route does not present any technical difficulty and mainly covers easy paths or goes along narrow streets. However, it is quite long (about 33 kilometers) and has a considerable height difference (2130 meters uphill and 2624 downhill); this takes about 11 hours to walk. You can choose an easier option, avoiding climbing all the ridge reliefs and simply touching the peaks of Monte Bolettone, Monte Palanzone and Monte San Primo. Furthermore, you can decide to break the excursion in two days, staying in one of the many shelters that you meet, for example at the Capanna Mara or, better, at Rifugio Riella which is located almost in the middle of the itinerary.

“The four valleys trail” is a beautiful hiking trail of about 50 km through the Val Sanagra, Val Cavargna, Val Rezzo, and Valsolda. The landscape is truly varied and has stunning views.

The trail starts in Breglia and ends at Dasio, a town situated above S. Mamete on Lake Lugano.

The route is divided into three stages. The first, from Breglia to Malè at the beginning of Val Cavargna, is 13 km long. The second, from Malè to Cavargna, is 19 km long and the third, from Cavargna to Dasio, is 13 km. Each of the stages can be travelled as a day trip, or you can take a three-day trek. The path goes up to an average height of 1,000 meters, reaching the highest point in the Colonè mountains (1,400 m), in Val Cavargna.

Immersed in the beautiful natural landscape and history on the western shore of the Como lake, the Greenway is a pleasant walk suitable for everyone and in all seasons. It is a 10-km-long walk with an elevation of 100 m, going through the medieval villages of Colonno, Sala Comacina, Ossuccio, Lenno, Mezzegra, Tremezzo and Griante, following the Ancient Via Regina. The ancient alleys and breathtaking views of the Greenway charm tourists who are enjoying the lakeshore trek. The path could be divided into 7 sections that could be done consequentially or separately.

Around the Abbey of San Pietro al Monte di Civate. The mountains between Erba and Lecco (Cornizzolo, Corni di Canzo, Moregallo) are very popular destinations in every season, but mostly during summer and autumn. This is a unique trail of special value because it will take you to a masterpiece of Italian art, the abbey of San Pietro al Monte on Civate. It is a jewel of Lombard Romanesque architecture that contains a decorative cycle of great interest and beauty. It is a trip full of artistic spirit and divine spirituality.

The trail is a ring trek: it starts from the town of Civate, goes up to the church, reaches the saddle between Monte Cornizzolo and Monte Rai and returns to Civate along the panoramic southern ridge of Cornizzolo. The trek takes around 4-6 hours depending on the preparation and has a significant elevation of 1000 m.

Most popular mountain huts (rifugio) and how to reach them:

Rifugio Riella is located at 1275 m just below the summit of Monte Palanzone, in the Larian Triangle. From Asso, go up by car to Colma del Piano (1124 m), there are two paid parking lots. Take the path following the trail sign for Mount Palanzone going up into the woods. Reach a wide ridge from which you can admire the view of the Lombard Prealps (1335 m), you reach the nozzle of Caglio (1297 m). Then, you go to Cippo Marelli and Bocchetta di Nesso (1313 m) passing near the grating that closes the Guglielmo Grotto (1305 m). A little further on, with a view of Lake Como, one reaches the refuge.

The Murelli Rifugio is located at the top of Murelli (1200 m) on the Via dei Monti Lariani, in a panoramic position over Lake Como languidly lying below. From Cernobbio (Co) take the road to Mount Bisbino up to Ca Bossi in the Alpe Piella area (1188 m).

Rifugio Menaggio - Monte Grona is a special place with unearthly rock formations. From the top of the Grona you can admire one of the best views of the Prealps; in addition to the three lakes (Como, Lugano and Piano) and the nearby peaks (Bregagno, Pizzo di Gino, Legnone, Grigne, Corni di Canzo), you can see the highest mountains in the Alps from Monviso to Bernina. The trail starts from the Rifugio Menaggio. This mountain hut is reachable from Breglia if you take the “sentiero basso” in 1 hour following the signs and going to the height of 1400m.

Some additional mountain huts with great food and view: 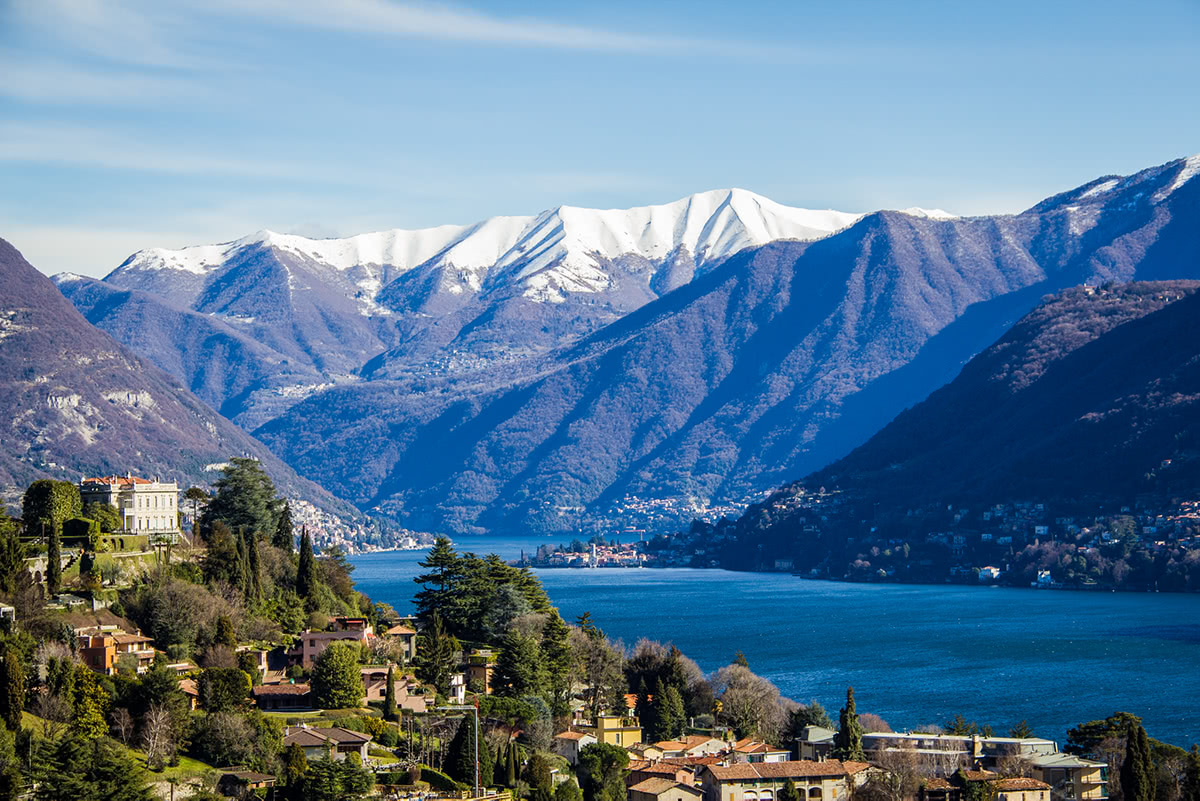 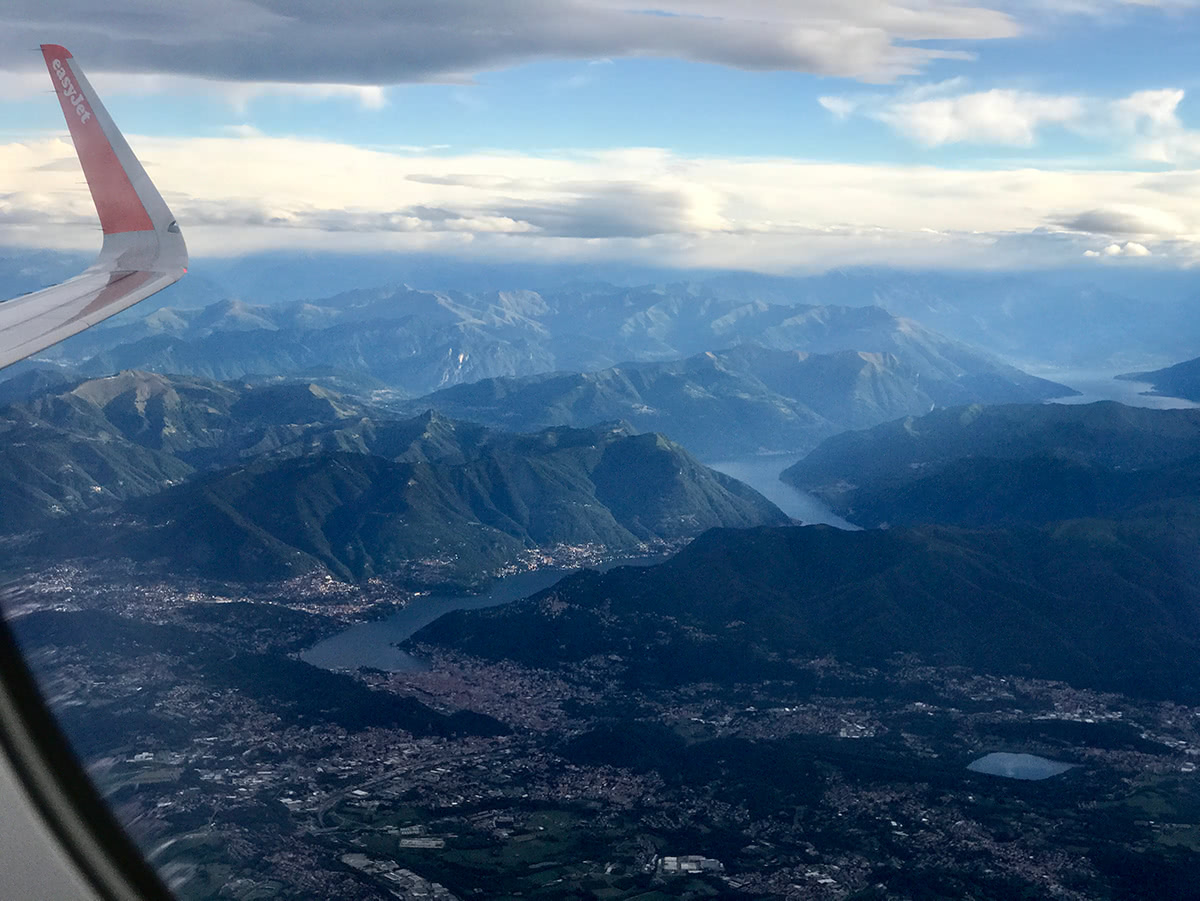 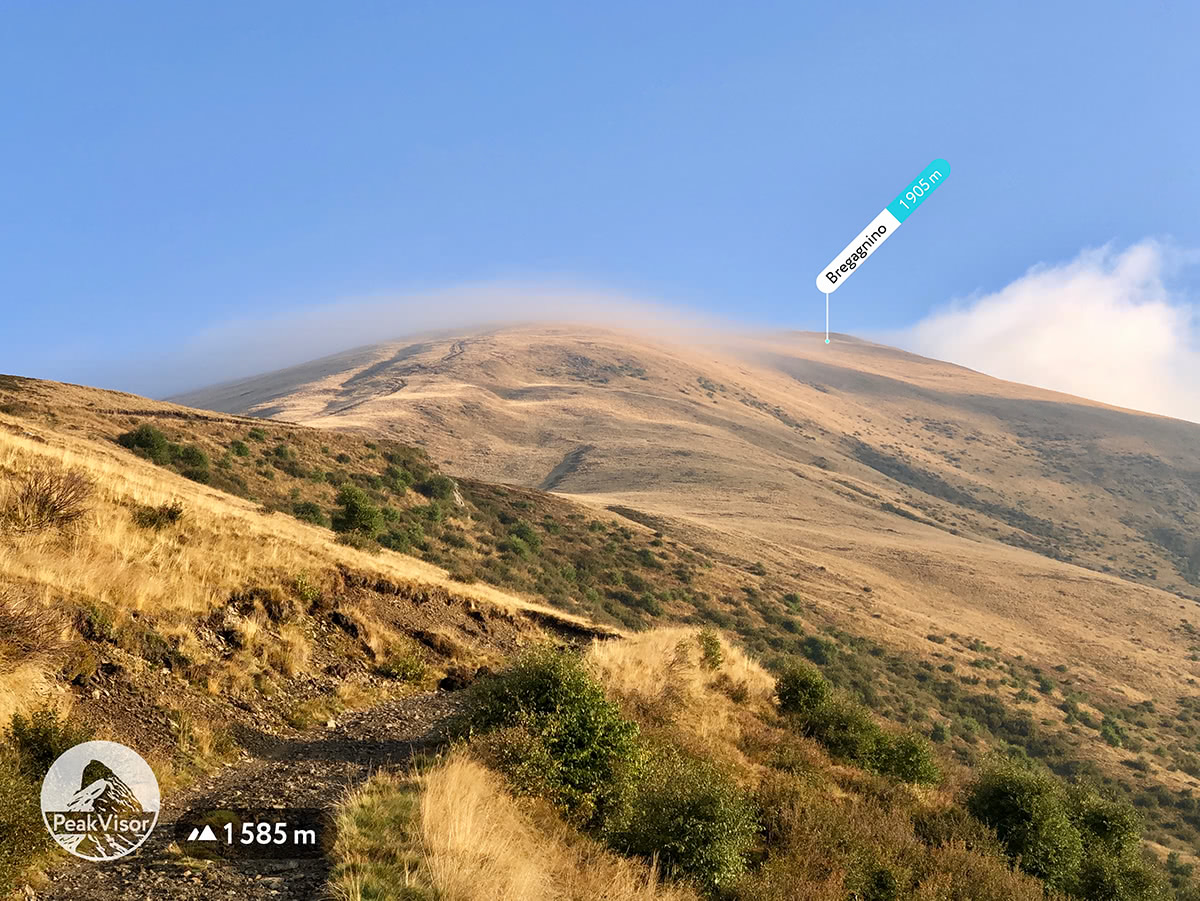 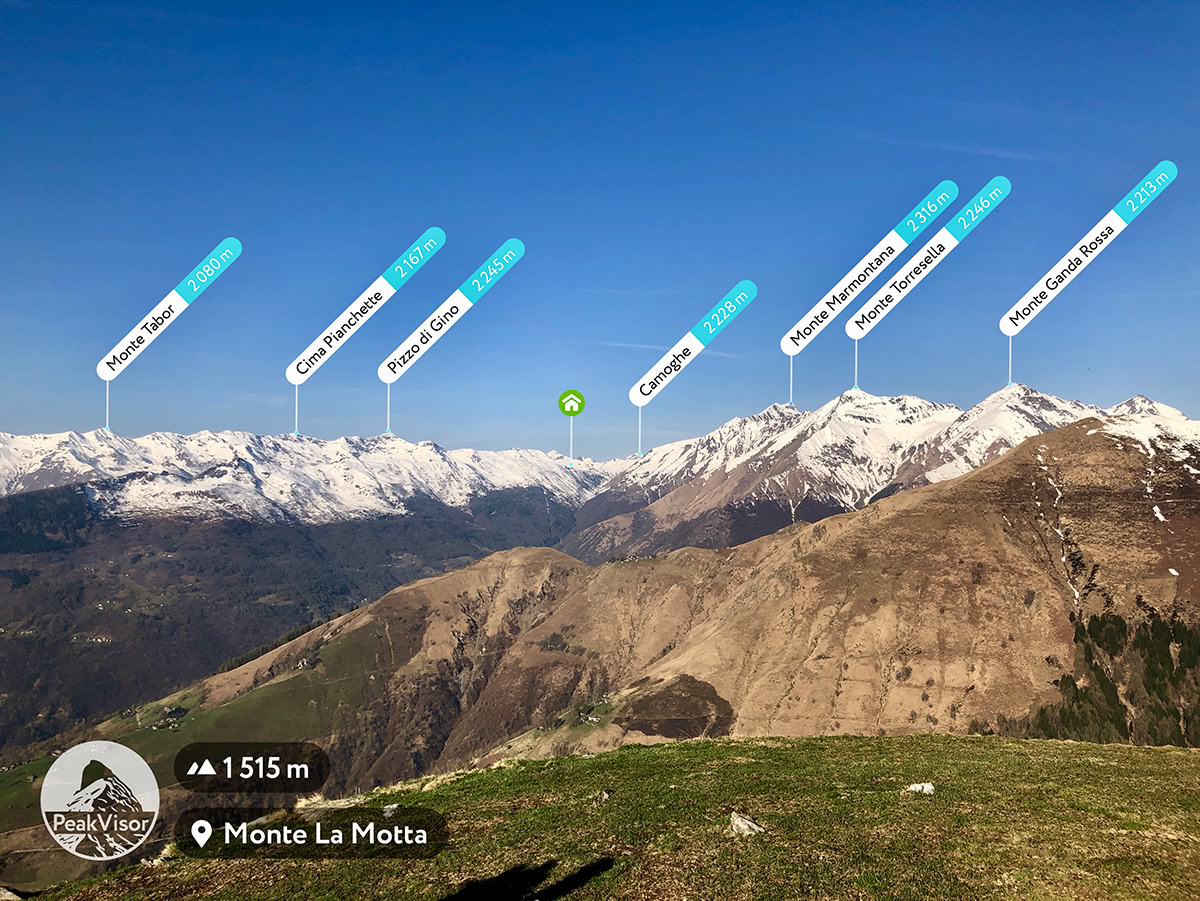 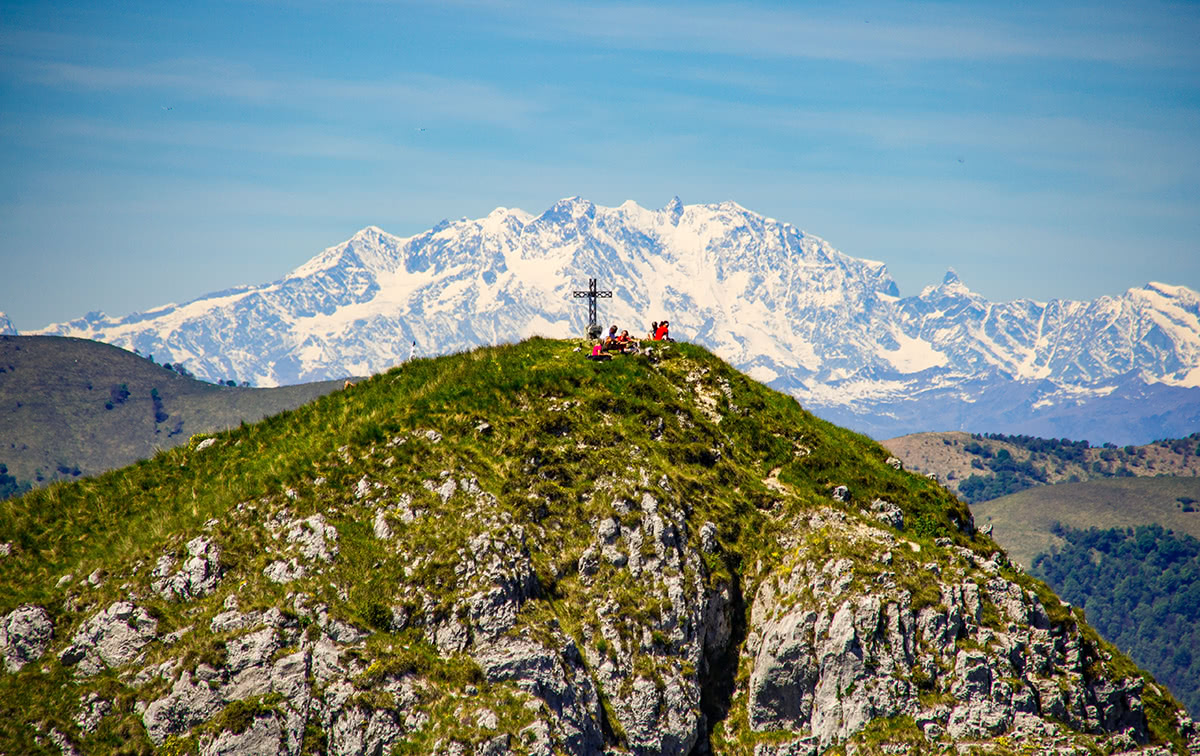 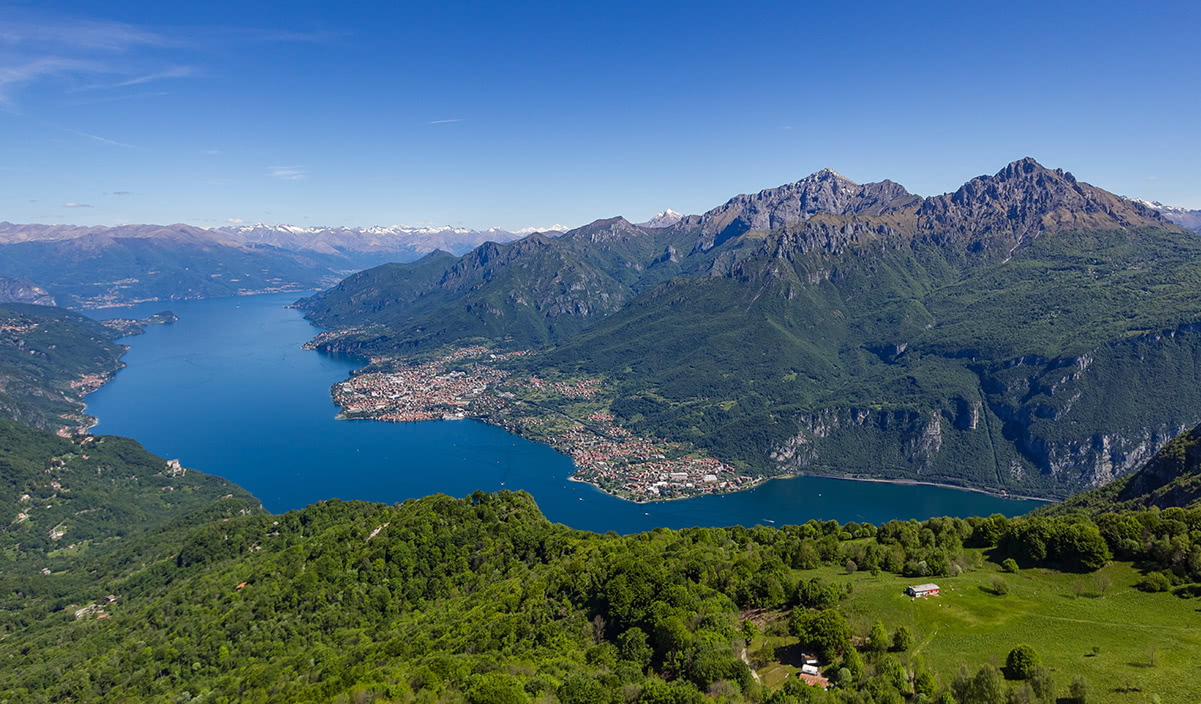 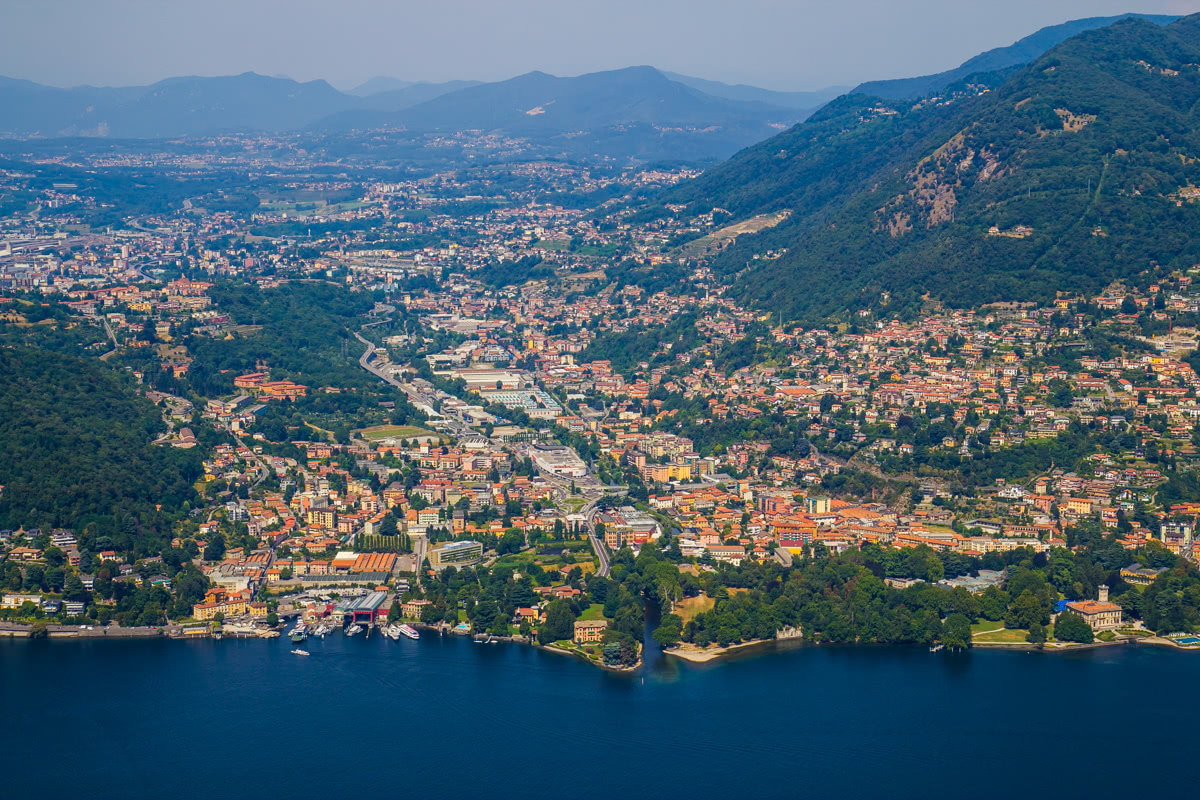 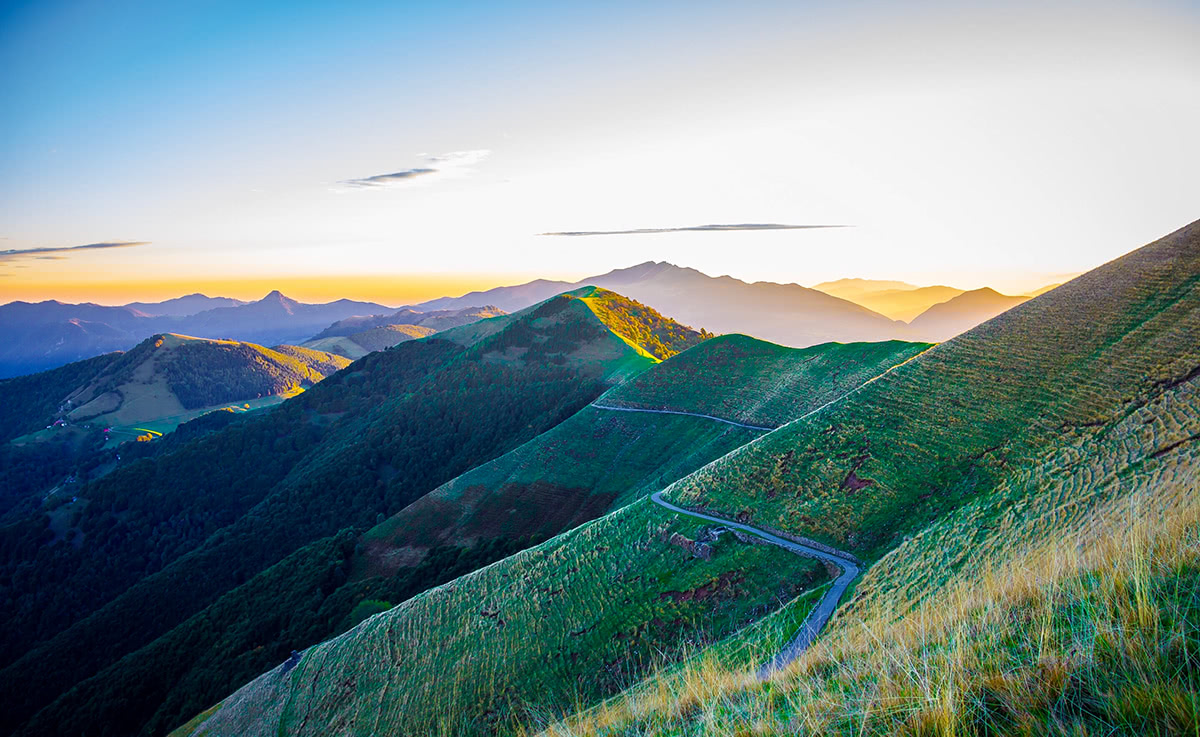