The South Hills is a collection of peaks that’s situated in the south-central part of the US state of Idaho. The tallest and most prominent peak in the South Hills is Monument Peak at 8,041 ft (2,451 m) in elevation and with 1,952 ft (595 m) of prominence. 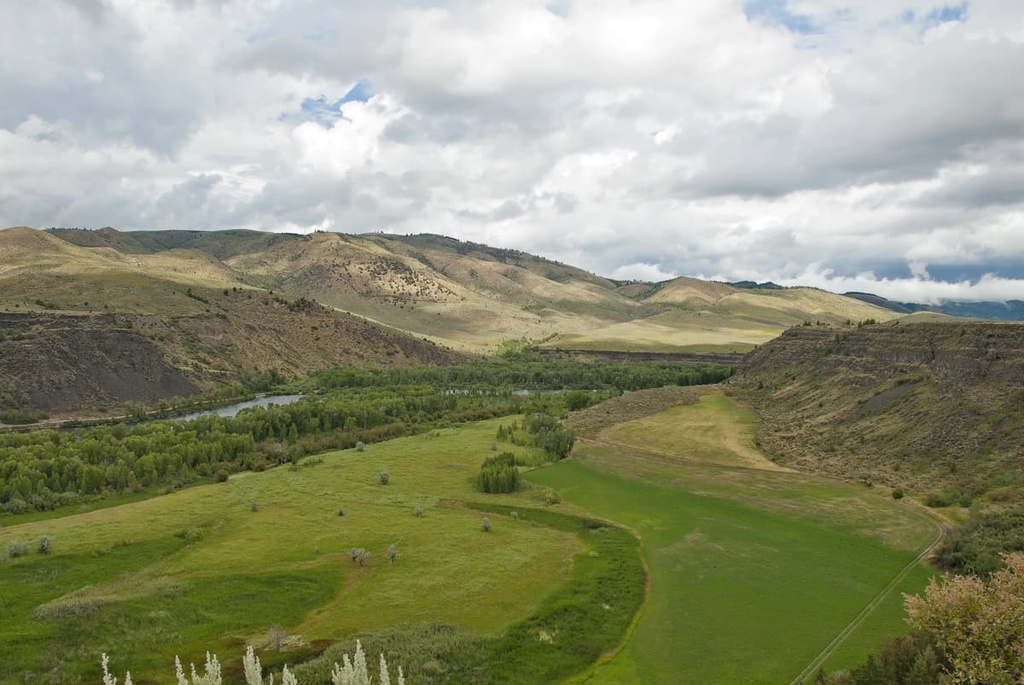 The South Hills are a mountain range located in south-central Idaho along the state’s borders with Nevada and Utah. The small range lies within the Cassia Division of the Sawtooth National Forest.

Though a majority of the national forest lies to the north of the South Hills, the Cassia Division provides ample outdoor recreation opportunities for the residents of the Magic Valley. Elevations in the forest range from the valley floor up to the summit of Monument Peak.

The summits within the range are often rounded domes and relatively few rugged ridgelines are found in the region. Nevertheless, the rolling grasslands along the summits provide ample viewpoints throughout the range of Idaho, Utah, and Nevada.

Although it’s a part of the Sawtooth National Forest, the South Hills provide a landscape that’s unique to southern Idaho. Other forests and parks in the range include the Craters of the Moon National Monument and Preserve to the northeast, Boise National Forest to the northwest and the Bruneau-Jarbidge Rivers Wilderness Area to the west.

Also known as the Cassia Mountain Range, the South Hills mark the northeastern peaks of the Great Basin Ranges.

During the Early Miocene, the peaks within the region began to form due to tectonic extension. As geological forces stretched the earth’s crust, the landscape began to form the hundreds of the north to south ranges that are apparent today.

Continual erosion further carved out the peaks and basins in the region, leaving behind dramatic changes in elevation. Since the South Hills are located at the northern edge of the Great Basin, the changes in elevation are less dramatic here than those found throughout Nevada.

The South Hills offer a different landscape than much of the Sawtooth National Forest. The forested patches along the rolling hills are covered in lodgepole pine, aspen, and subalpine fir.

Numerous sections of grasslands can be found throughout the range. Wildflowers often bloom at the higher elevations during the summer months amidst the shrubs.

Wildlife in the range is abundant, making the South Hills a popular destination for deer hunting. Besides mule deer, the range is home to marmots, moose, cougars, coyotes, and bobcats.

Hundreds of species of birds can be found in the region, including the Cassia crossbill, which was named a species in 2017. Trout fishing is also common in the nearby rivers and lakes.

The South Hills, and surrounding land, have been inhabited by humans for thousands of years. Much of the region is part of the ancestral homelands of the Shoshone and Bannock tribes. The traditional territory of the Shoshone stretches throughout what is now Idaho, Wyoming, and Utah.

The South Hills were left relatively untouched by European settlers until the early nineteenth century. During this time, Brigham Young sent groups of missionaries to settle throughout the region.

The Church of Jesus Christ of Latter-day Saints began establishing towns near the South Hills during this time. Communities of settlers in the region continued to grow despite the resistance of the Shoshone and Bannock tribes. The Bear River Massacre occurred in 1863 when US troops brutally attacked a Shoshone community.

The Snake War followed shortly after the Bear River Massacre, which led to the forced removal of the Shoshone from their ancestral lands. The Shoshone and Bannock tribes were forced to move to reservations in Idaho and Wyoming during the end of the nineteenth century.

The South Hills are home to numerous hiking, biking, and cross country skiing trails. Here are some of the most popular hiking routes in the range:

This popular loop trail is 8.3 miles (13.4 km) long round trip with 1,791 feet (546 m) of elevation gain. Though the trail begins in a forested section of the South Hills, much of the trail winds through the sweeping grassy valleys of the region.

Wild flowers and rock formations can be found along the trail. A small creek also runs along the trail while Elk Butte can be seen towering overhead to the west.

The Eagle Loop Trail offers a more accessible route within the South Hills. The trail is 2.4 miles (3.9 km) long with just 354 feet (108 m) of elevation gain. Located in the heart of the range, this route offers hikers panoramic views of the rolling hillsides.

As one of the most prominent peaks in the range, the summit of Pike Mountain allows hikers to have an unobstructed view of the South Hills. The loop trail is 5.2 miles (8.3 km) long with 1,220 feet (372 m) of elevation gain.

Here, rolling grassy hillsides are met with dense sections of forests. Once at the summit of Pike Mountain, hikers can see the surrounding hillsides along with the Albion Mountains to the east. During the summer months, this trail is also known for its abundance of butterflies.

Looking for a place to stay near the South Hills? Here are some of the best cities and villages to check out in the region:

Twin Falls lies a 30 minute drive to the north of the South Hills within the Magic Valley region. The city has a population of around 50,000 people, making it the most populous city in Twin Falls County. The Snake River runs through the city, which is flanked by mountains to the north and south.

In 1974, Twin Falls was the location where Evel Knievel attempted to use a rocket to jump across the canyon in the city. Today the city is a popular stop for those visiting the Magic Mountain Ski Resort within the South Hills.

Boise sits just over two hours to the northwest of the South Hills. It is the capital of Idaho and the most populous city in the state. Boise is also situated on the southern edge of the Boise National Forest. Despite its large population, Boise is known for its local shops, restaurants, and hospitality.

In recent years, the city has also become a hub for outdoor recreation. Today, many people come to the city for hiking, biking, off-roading, trail running and rock climbing opportunities. Many of the major museums in the state of Idaho can also be found in the city. 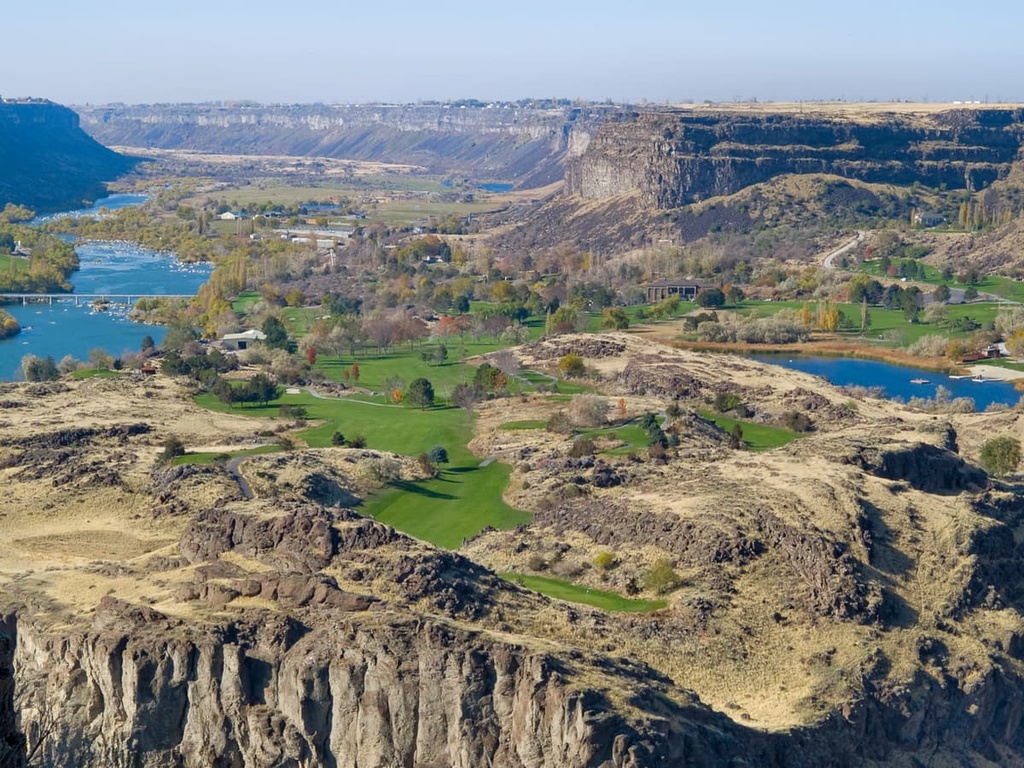 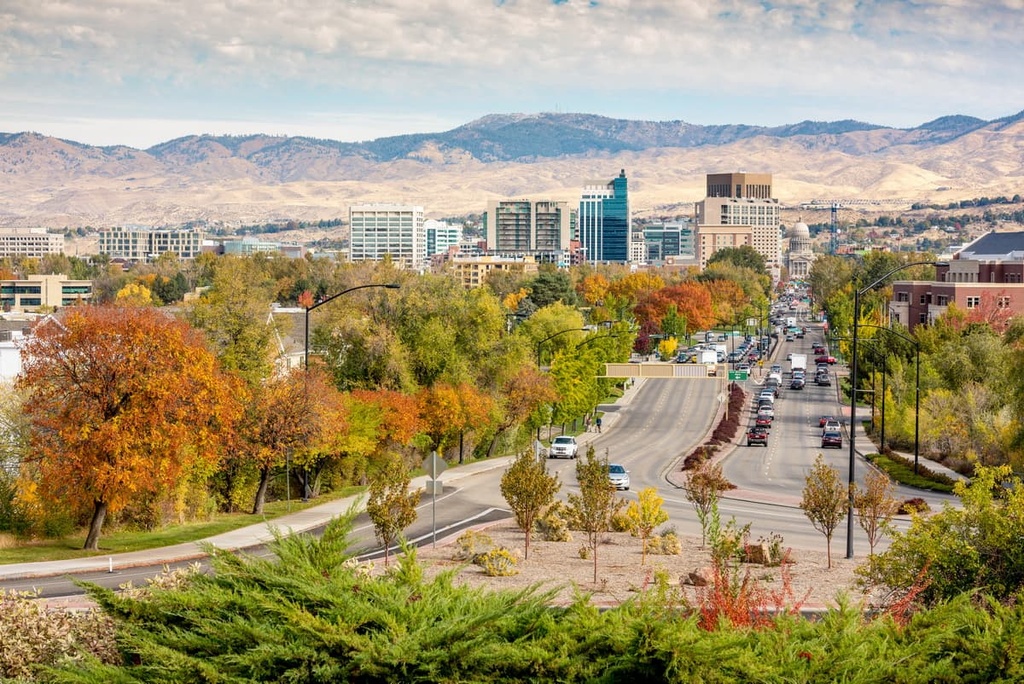 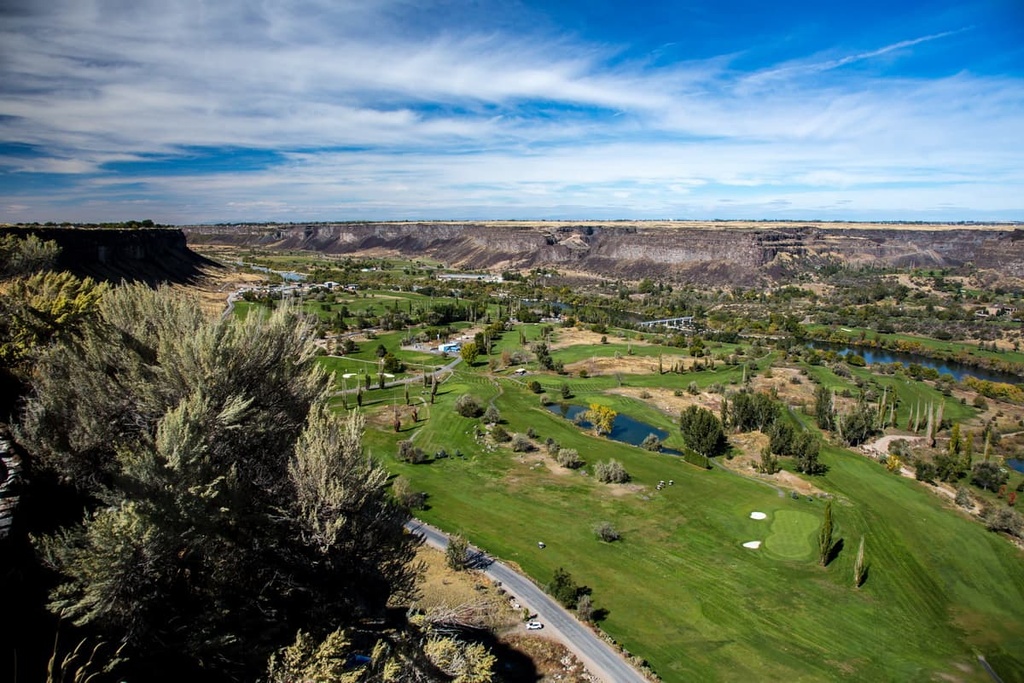 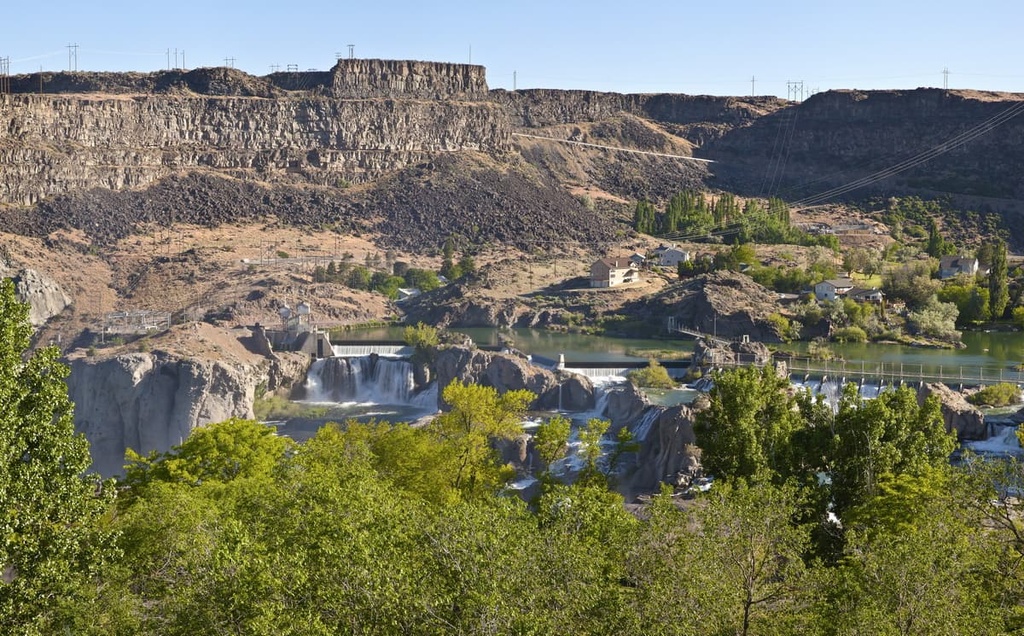