Home to world-class skiing and hiking, Idaho’s Smoky Mountains are a year-round outdoor adventure destination. There are 46 named mountains in the range, the highest of which is Norton Peak (10,338 ft/3,151 m). The most prominent mountain is Vienna Peak (10,226 ft/3,117 m). 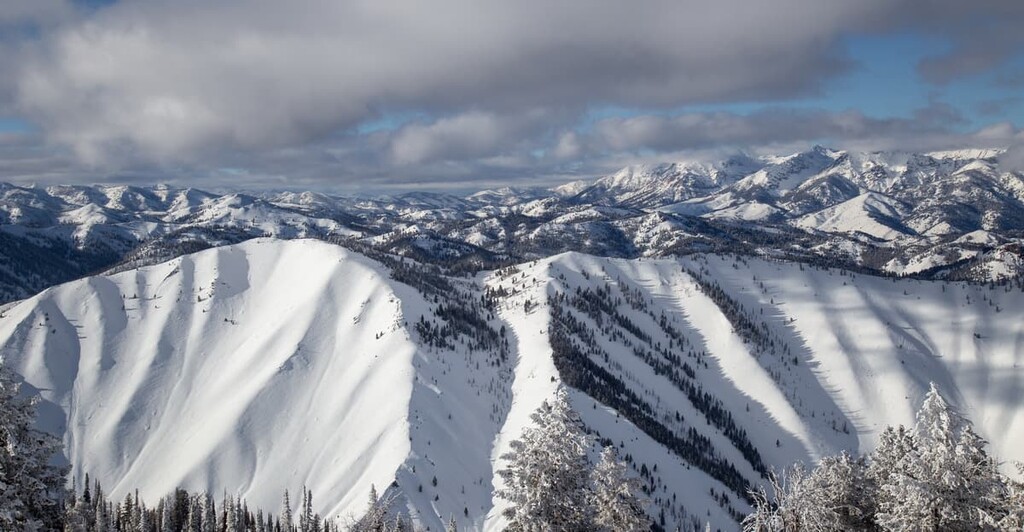 The Smoky Mountains are located in the south-central area of the US state of Idaho, sandwiched between the Pioneer and Soldier mountains to the north of the Snake River Plain. The range runs for about 40 miles (65 km) in a southeast-northwest direction, forming the western side of the Big Wood River Valley.

Aptly named, the Smoky Mountains were named for the frequent wildfires that occur in this dry, high alpine range. There have been several recent fire events, including the Castle Rock fire in 2007 that burned 48,000 acres (19,000 ha) near the resort town of Ketchum, and the Beaver Creek Fire that burned over 100,000 acres in the area (40,500 ha) in 2013.

The most famous and visited peak in the Smokies is Bald Mountain, which is home to the Sun Valley Ski Resort. Bald Mountain also looms over 9,000 ft (2,743 m) above the town of Ketchum and it offers skiing, hiking, and mountain biking trails.

While they’re often overlooked in favor of the more famous Sawtooth or Pioneer mountains, the Smoky Mountains contain jagged, dramatic peaks that rival their more popular neighbors. There are five peaks in the range over 10,000 ft (3,048 m) and many more 9,000 ft (2,743 m).

With the exception of Big Peak, all of the 10,000 ft (3,048 m) peaks in the range lie within the main crest of the range north of Ketchum, near Galena Pass. Views from these peaks are astounding as the Smokies are surrounded by no less than six other mountain ranges.

The Smoky Mountains are part of the greater Rocky Mountains. They’re formed by the Idaho Batholith, a 200-mile (320 km) long area of intrusive igneous rock that underlies most of the major mountain ranges in the area.

The Idaho Batholith, which formed between 110 and 45 million years ago, is composed mostly of granites and granodiorites. In the Smoky Mountains, the Cretaceous batholith rock is found alongside upper Paleozoic sedimentary rocks and Challis volcanic rock, the latter of which dates to eruptions that covered much of central Idaho about 50 million years ago.

About 60 million years ago, the bedrock of the Smoky Mountains began to rise due to complex geological processes in the Earth’s crust. Block faulting caused the Big Wood River Valley to fall relative to the mountains, creating steep cliffs on the eastern sides of the Smoky Mountains and more gentle slopes on the western sides. Additionally, the Big Smoky Fault runs north through the range.

The Smoky Mountains contain a number of mineral resources. In particular, gold, silver, zinc, and lead were mined here over the years.

The Smoky Mountains are covered with forests, dry scrub brush areas, and high alpine plant communities. One of the most common plants here is Smoky Mountain sedge, a low-lying grasslike plant that covers many of the hillsides in the area.

The Smoky Mountains are also known for their colorful wildflowers, which bloom in the late spring and summer. At lower elevations, the valleys support groves of Engelmann spruce, subalpine fir, and limber pine.

Like the rest of the Sawtooth National Forest, the Smoky Mountains are home to a number of large animals, including mountain goats, bighorn sheep, elk, mountain lions, and bears. Due to the fact that the Smokies get less traffic than the nearby Sawtooth or Pioneer mountains, you’re more likely to see these animals here, especially mountain goats and wolverines.

People have lived in the area of the Smoky Mountains for thousands of years. The most prominent tribal nations in the area before European contact were the Shoshone-Bannock Tribes and the Northern Paiute.

Many of the Indigenous peoples of the region traditionally shared a similar semi-nomadic lifestyle but spoke different dialects of the central Numic branch of the Uto-Aztecan language family. Larger tribal communities lived in the southern end of the Smoky Mountains, where the lowest hills of the range meet the Camas Prairie.

European and Euro-American settlers began arriving in the area in the early 1800s. As more and more settlers moved into the region, there were increasing conflicts with the Indigenous people of the region. These conflicts culminated in a number of skirmishes, including the Bannock War of 1878.

Many members of the Shoshone-Bannock Tribes now live on the Fort Hall Reservation, which is located about 150 miles (240 km) away near Pocatello, Idaho.

In the late 1800s, a number of mines were built in the Smoky Mountains, particularly in the Rosetta mining district around Big and Little Smoky Creeks south of Norton Peak. Gold, silver, lead, and zinc were mined in the area, although most of the mines were abandoned by 1900.

Some of the larger mines in the area were the Vienna, Weblock, and Solace gold and silver mines, which were served by the defunct town of Vienna. The Weblock mine was in use through the 1990s.

After the mining boom subsided, Ketchum became one of the largest centers for the sheep herding industry in the west. Sheep herders drove their flocks south from the Sawtooths in the summer to graze in the mountains around Ketchum and take advantage of the Union Pacific Railroad stop that was located there.

In order to increase rider traffic on their western routes, the Union Pacific Railroad company developed the Sun Valley ski resort in the 1930s, installing the world’s first chairlifts on Proctor and Dollar mountains in 1936. W. Averell Harriman, the Union Pacific Railroad chairman who spearheaded the development of Sun Valley, invited numerous celebrities like Ernest Hemingway, Errol Flynn, and Marilyn Monroe to the resort to help promote it.

Today, the area is still popular with celebrities and tourists alike. Sun Valley’s premier runs descend Bald Mountain, one of the Smoky Mountains.

As part of the Sawtooth National Forest, the Smoky Mountains are traversed by numerous trails that are accessible to hikers, and in some places mountain bikes, motorcycles, horses, and all-terrain vehicles.

Some areas here are very remote, so bring a map and make sure you know where you’re going. The Idaho Trails website has an extensive trail map if you’re looking for further guidance.

This hike to Bald Mountain, which summits the mountain that hosts Sun Valley Ski Resort, provides a great off-season challenge for skiers. There’s significant elevation gain here and much of the trail is above treeline and exposed, so come prepared and bring lots of water.

There are excellent 360 degree views from the top over the nearby mountain ranges and the towns of Sun Valley and Ketchum.

If you’re looking for a shorter hike that leads to one of the Smoky Mountains’ famous alpine lakes, this hike to Baker Lake is a good choice. At the end of Forest Service Road 162, you’ll find the trailhead which leads to beautiful Baker Lake, beneath Baker Peak. The hike is short but relatively steep.

The Miner Lake Loop hike, with its moderate elevation gain and great scenery, is a great choice for a long summer day hike. This trail starts on National Forest Road 179, off route 75. From the trailhead, you’ll climb through a valley to a junction where you can turn left to reach Prairie Lake first or keep right to Miner Lake.

The “lakes” end of the trail forms a loop and also offers access to a side trail to the top of Norton Peak.

If you’re looking for a place to stay near the Smoky Mountains, there are a couple of great towns in the area with amenities to suit just about anyone. Here’s what you need to know:

Ketchum and Sun Valley are two adjacent resort towns of about 4,000 people in the Wood River Valley, located at the eastern edge of the Smoky Mountains. They’re known for the Sun Valley ski area and its ritzy resort attractions, like five-star hotels, spas, and golf courses.

While Sun Valley and Ketchum make great high-end destinations, there are hotels and restaurants in the area that cater to a variety of budgets. The outdoor attractions in the area are as big a draw as the resorts. The area has hundreds of miles of hiking and mountain biking trails, as well as backcountry skiing and hunting opportunities.

If you want to experience rural southern Idaho, visit Camas County’s largest city and county seat: Fairfield. The city of Fairfield is home to around 500 people, which is about half the total population of the whole county.

While Fairfield is located south of the Soldier Mountains, the Smoky Mountains lie just to the northeast of town. Fairfield provides good access to the forest service roads heading into the southern reaches of the Smokies.

For a town of 500, there’s plenty to do. Fairfield has a ski resort, brewery, campgrounds, hot springs, birding areas, and mountain biking trails. Go in the spring for the Camas Prairie wildflower bloom, or in July for the Camas County rodeo.

Located about 150 miles (240 km) west of Ketchum, Boise is Idaho’s capital and largest city, with about 225,000 people. It’s a great base for exploring the nearly endless recreation opportunities that lie outside the Smoky Mountains, including Idaho’s seven national forests.

Within Boise, there’s plenty for visitors to do, too. The downtown area is lively and walkable, and there’s an extensive network of trails along the Boise River called the Greenbelt. 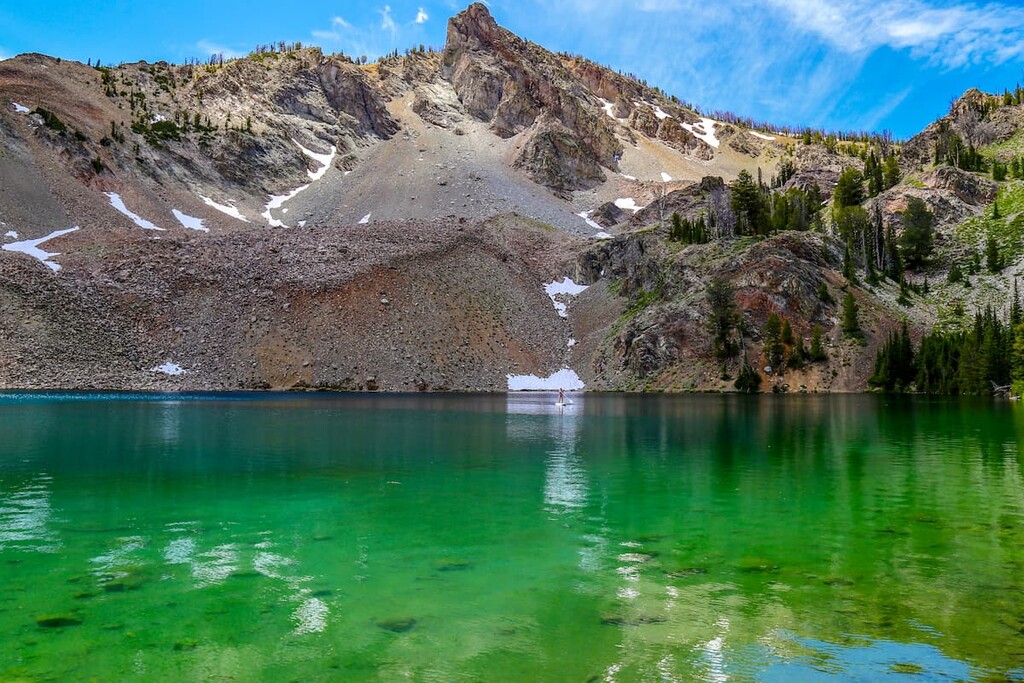 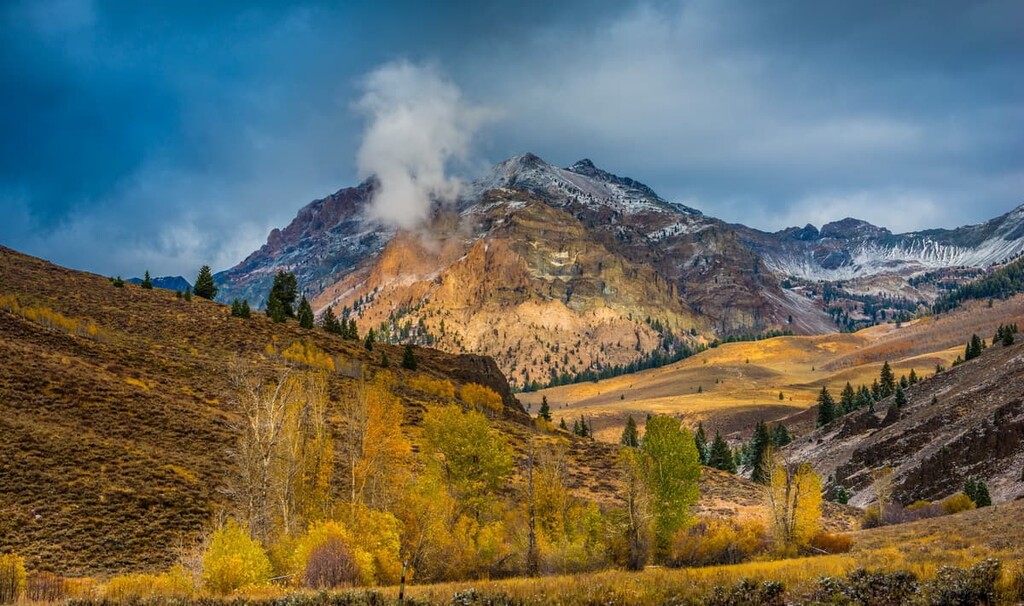 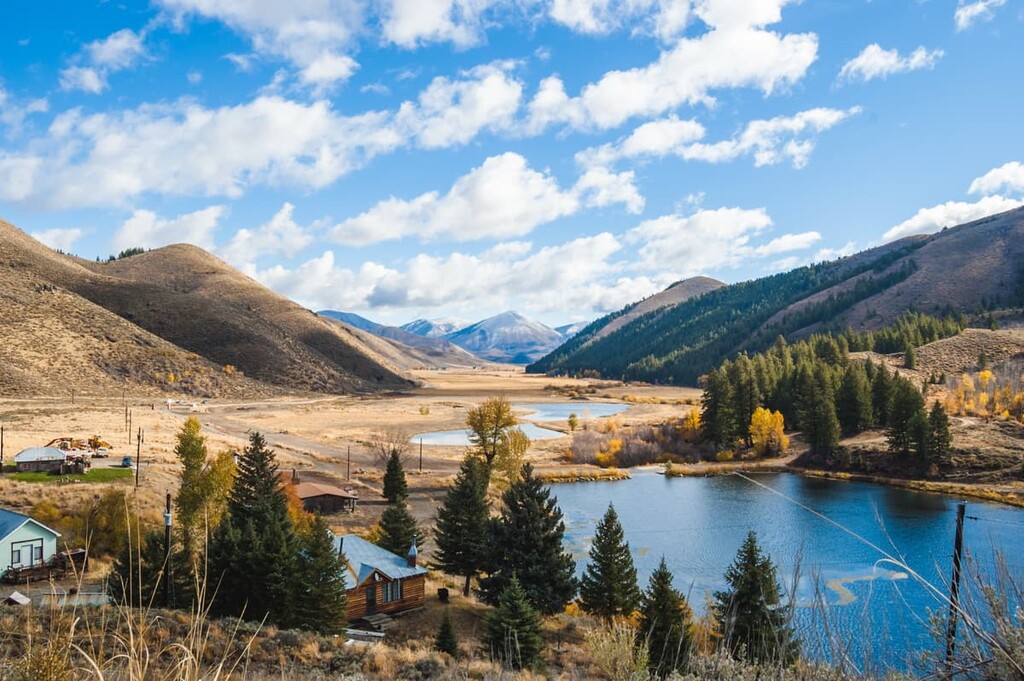 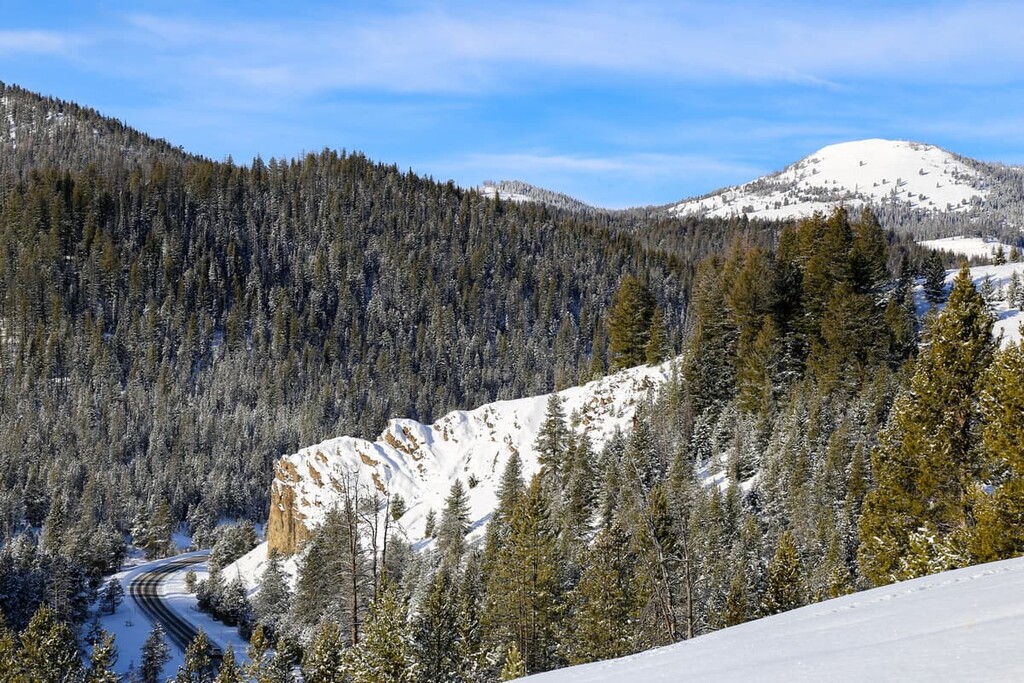 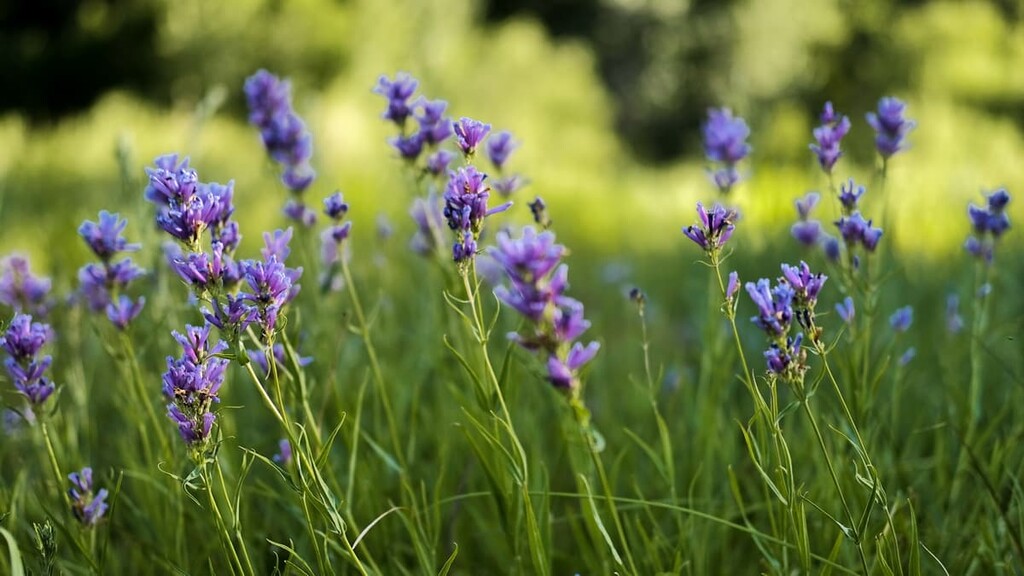