The Laramie Mountains are a rugged mountain range situated in southeastern Wyoming and northern Colorado in the western US. The range marks part of the eastern edge of the Rocky Mountains. There are 264 named mountains within the range. The tallest peak is South Bald Mountain at 10,997 ft (3,352 m) in elevation, while the most prominent peak is Laramie Peak with 3,294 ft (1,004 m) of prominence. 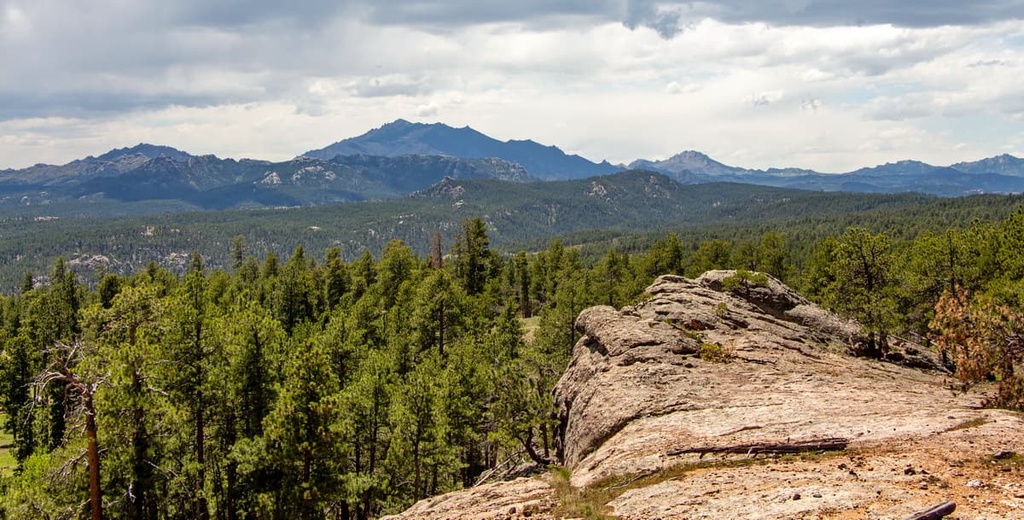 The Laramie Mountains are a rugged mountain range situated in the eastern Rocky Mountains of southeastern Wyoming and northern Colorado in the western United States. The range marks the northernmost extension of the Front Range of the Rocky Mountains. It is approximately 130 miles (209 km) long and around 25 miles (40 km) wide.

Elevations change drastically just south of the range, while the changes in elevation are more gradual to the north and east of the range. It is here that many historical routes have crossed the country and the treacherous Rocky Mountains.

The range is named after the Laramie River, which cuts through the Laramie Mountains, separating them into two distinct halves. The southern portion of the range tends to be much drier and more barren than the northern section.

Nearly the entire range lies within the Medicine Bow National Forest, though a small portion is located in the Roosevelt National Forest in Colorado.

The landscape in the range is marked by flat and rolling grassy lowlands. The foothills of the range are often forested, but these forests begin to thin as elevations rise.Some of the peaks and ridgelines in the Laramie Mountains are quite barren, providing hikers with panoramic views of the region.

The Laramie Mountains are the northernmost portion of the Front Range of the Rocky Mountains. They are part of the larger Rocky Mountain range that extends northwards into Canada and south to New Mexico.

The range and its namesake river are both named after the Laramide orogeny, a mountain building period that began around 70 million years ago. This orogeny formed much of the Rocky Mountains.

During this time, the Kula and Farallon Plates began sliding under the North American plate. This immense pressure resulted in the Rocky Mountains being thrust upwards and eastward, expanding the land located between the range and the Pacific Ocean.

Much of the Rocky Mountains were heavily glaciated during the last major glaciation. As these glaciers began to retreat, they carved out the region’s predominantly granite landscape, leaving behind the rugged peaks seen today. Both the Laramie River and North Platte River run through the range, both of which have helped carve out the landscape.

Precambrian Sherman granite monadnocks can be seen throughout the range, and they are often surrounded by vast eroded basins. A majority of these granite outcrops can be found in the southern portion of the range. Most of the peaks in the range are around 7,000 ft (2,100 m) in elevation, making them shorter than the surrounding ranges.

Much of the flora and fauna found within the Laramie Mountains are drought-tolerant due to the minimal rainfall that the region receives each year. Additionally, the drastic changes in elevation in the range have created three principal life zones throughout the Laramie Mountains: Upper Sonoran, Transition, and Canadian.

The lowest elevations in the range are home to sagebrush steppe. This type of flora is common throughout the non-mountainous regions within the state of Wyoming.

At the summit of the tallest peaks in the range, the landscape transforms to an alpine region. Here, the trees disappear and plant life is marked by small grasses, shrubs, and wildflowers.

The fauna of the region is similar to much of Wyoming. Common animals include elk, mule deer, pronghorn, white-tailed deer, and moose. Other mammals include mountain lions, coyotes, bobcats, red fox, and Canada lynx. Black bears are common throughout the range, though they’re most common in forested areas.

Humans have inhabited the Laramie Mountains for thousands of years. The surrounding land is part of the ancestral homelands from numerous Indigenous tribes. These groups include the Eastern Shoshone Tribe, the Crow Tribe (Apsaalooké), the Cheyenne & Arapaho Tribes, along with various tribes of the Očhéthi Šakówiŋ (Great Sioux Nation).

Indigneous peoples inhabited the region long before the arrival of people of European descent. Many of these early European settlers were most likely French fur trappers, arriving during both the eighteenth and nineteenth centuries.

These small groups of settlers soon grew into larger communities, thanks to the construction of the Union Pacific railway during the 1800s. This influx of people led to numerous disputes between the settlers and local tribal nations.

Despite their resistance, many Indigenous peoples were forcibly removed from their ancestral homelands in both Wyoming and Colorado. The Wyoming Territory was established in 1868 and would later become a state in 1890.

After Wyoming became a state, nearly all of the Indigenous communities that have lived in the area since time immemorial were forcibly displaced onto reservations such as the Wind River Reservation of the Eastern Shoshone and Northern Arapaho tribes.

A majority of the range lies within the Medicine Bow National Forest, which was first established as a forest reserve in 1902. In 1929, the reserve was expanded and declared a national forest. The forest expanded in size again in 1959 after the acquisition of a piece of land known as Pole Mountain Unit.

The national forest gets its name from the fact that the land was previously occupied by many tribal nations. This land was used to harvest mountain mahogany that would be used to make bows used at ceremonial powwows that took place in the region.

Best Hikes in the Laramie Mountains

The Laramie Mountains are home to numerous hiking trails. Here are some of the most popular hiking areas in the range:

Laramie Peak is the most prominent peak in the entire range. The out-and-back trail to the summit is 10 miles (16 km) long and it has 2,732 ft (833 m) of elevation gain. The route passes through rolling foothills before climbing through dense forests.

Small creeks and streams can also be found throughout the route. A forest fire recently burned through the region and the remnants of the fire’s destruction can be seen from the summit.

The route to the summit is not marked but hikers can begin on Swamp Creek Cutoff Trail, which is marked by post 871. From there, the trail travels another 0.8 miles (1.3 km) before climbing up toward the ridgeline. Once at the ridgeline, the route follows along the ridge, leading to the named peaks. From the summit, hikers have views of both northern Colorado and southeastern Wyoming.

Looking for a place to stay near the Laramie Mountains? Here are some of the best cities and towns to check out in the region:

Casper lies at the northern edge of the Laramie Mountains and is home to nearly 60,000 people. Casper is the second most populous city in the state and it is sometimes known as “The Oil City.”

The North Platte River runs through the Laramie Mountains before flowing through downtown Casper. The small city is known for its plethora of outdoor recreation opportunities. During the winter months the nearby mountains provide the ideal terrain for skiing, snowshoeing, and nordic skiing. The summer months provide locals and tourists alike with ideal weather for hiking, mountain biking, and rock climbing.

Besides outdoor activities, Casper is also home to over a dozen museums, many showcasing the history of the region. Local restaurants, breweries, and distilleries can be found throughout Casper’s quaint downtown. Other nearby areas to explore around Casper include Edness Kimball Wilkins State Park and Fremont Canyon.

Laramie is situated in the heart of the Laramie Mountains. The city is home to 33,000 residents, making it the third most populous city in the state. The University of Wyoming and Laramie County Community College are both located within the small city.

The Snowy Range Ski and Recreation Area is ideal for downhill skiing and snowmobiling during the winter months. Additionally, the nearby Vedauwoo Recreation Area in Medicine Bow National Forest is known for its rock climbing while the Big Laramie River is ideal for fishing. Laramie is also home to numerous museums that showcase the history, anthropology, and geology of the area. 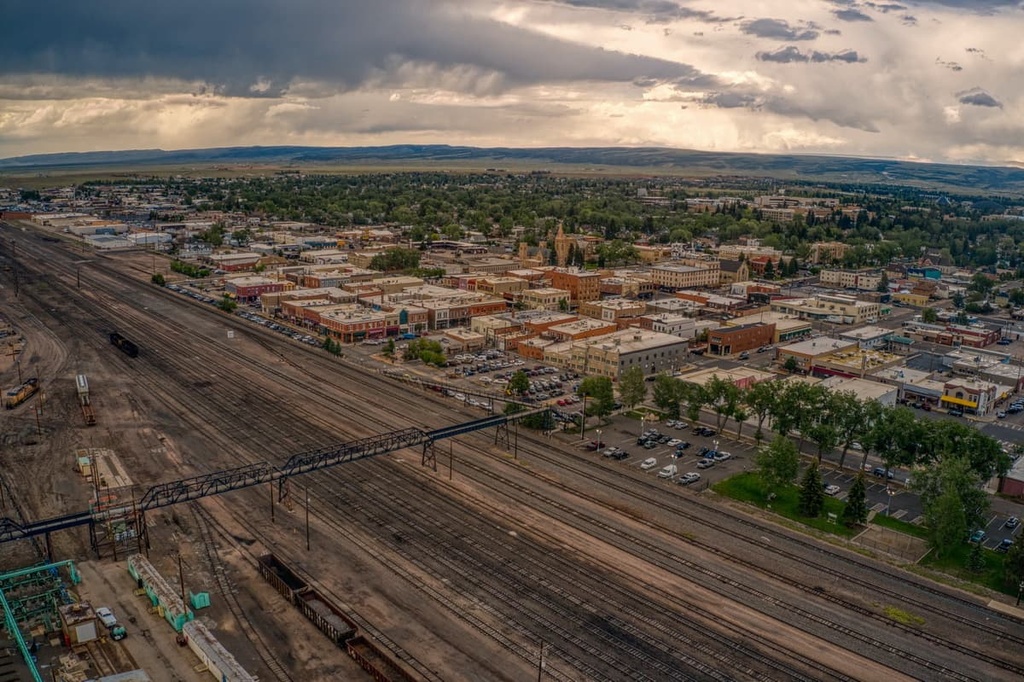 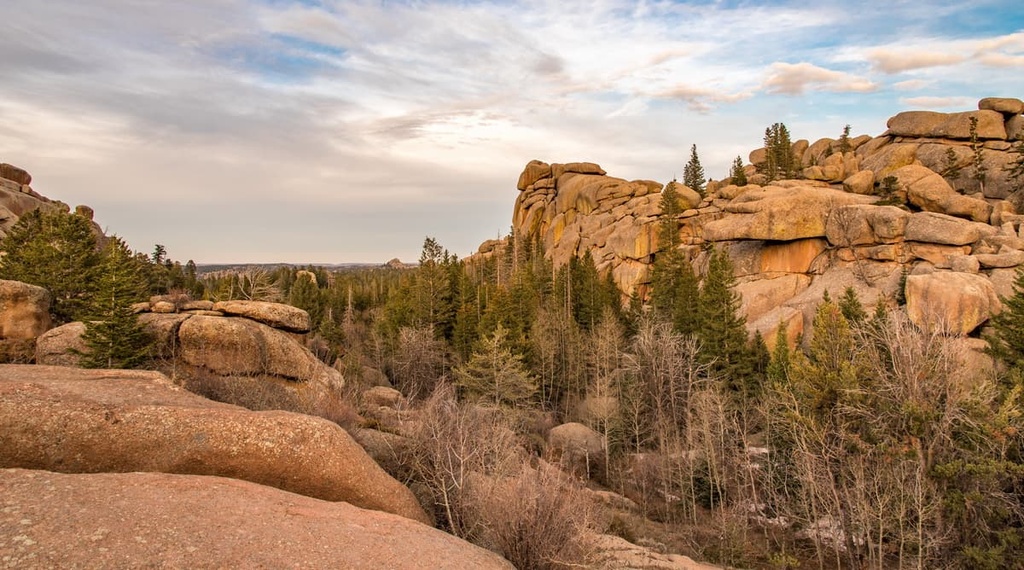 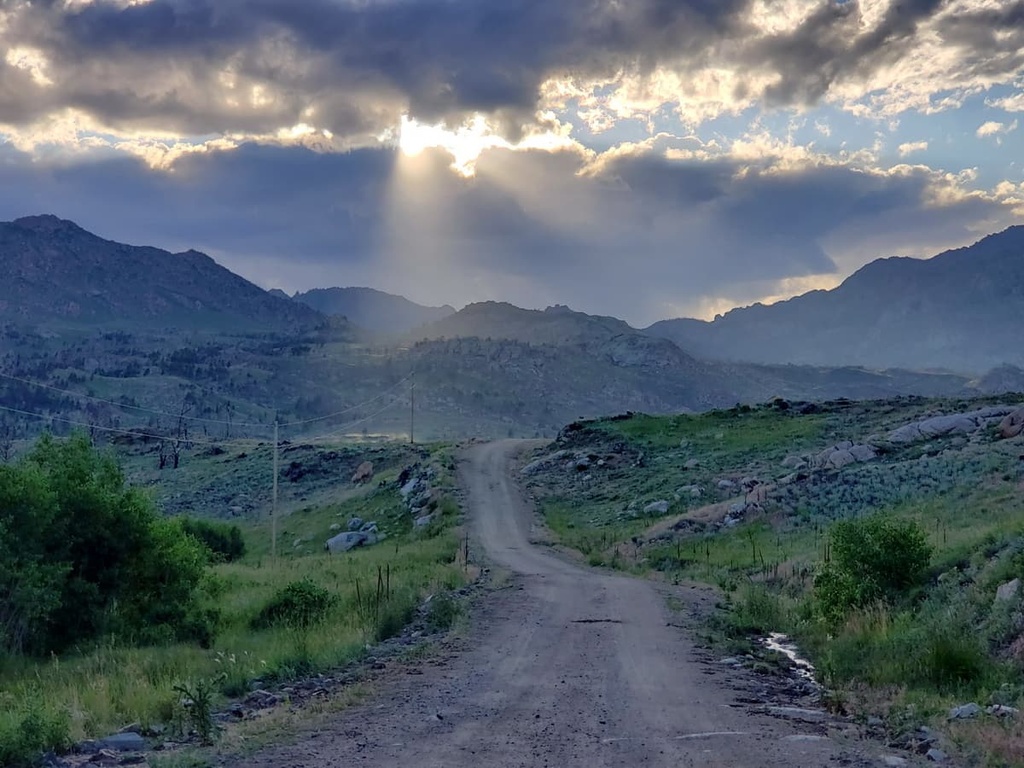 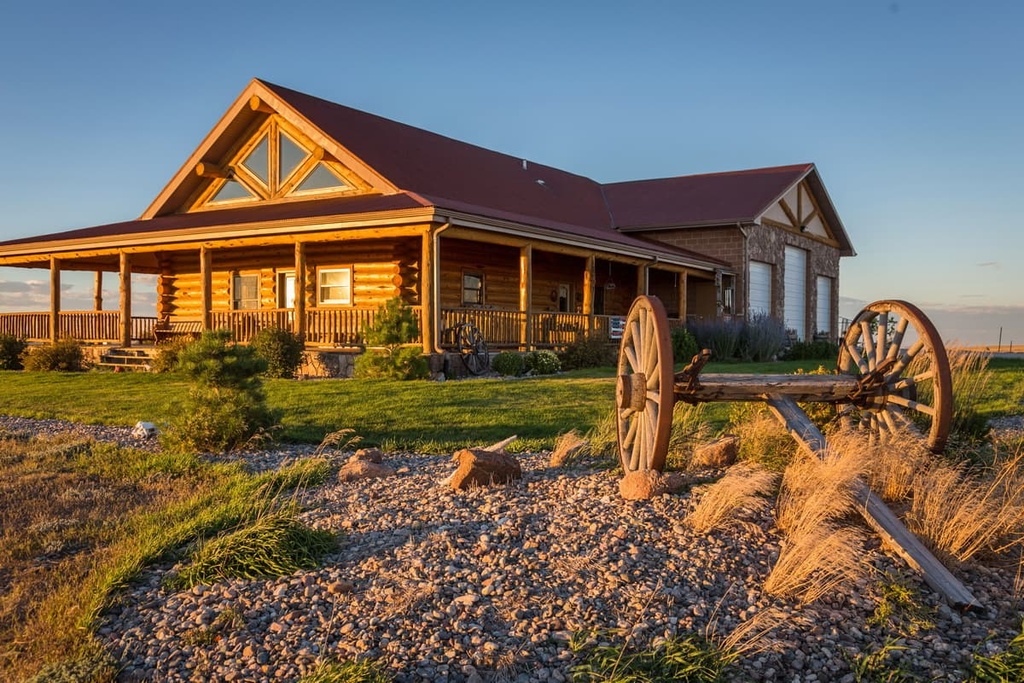 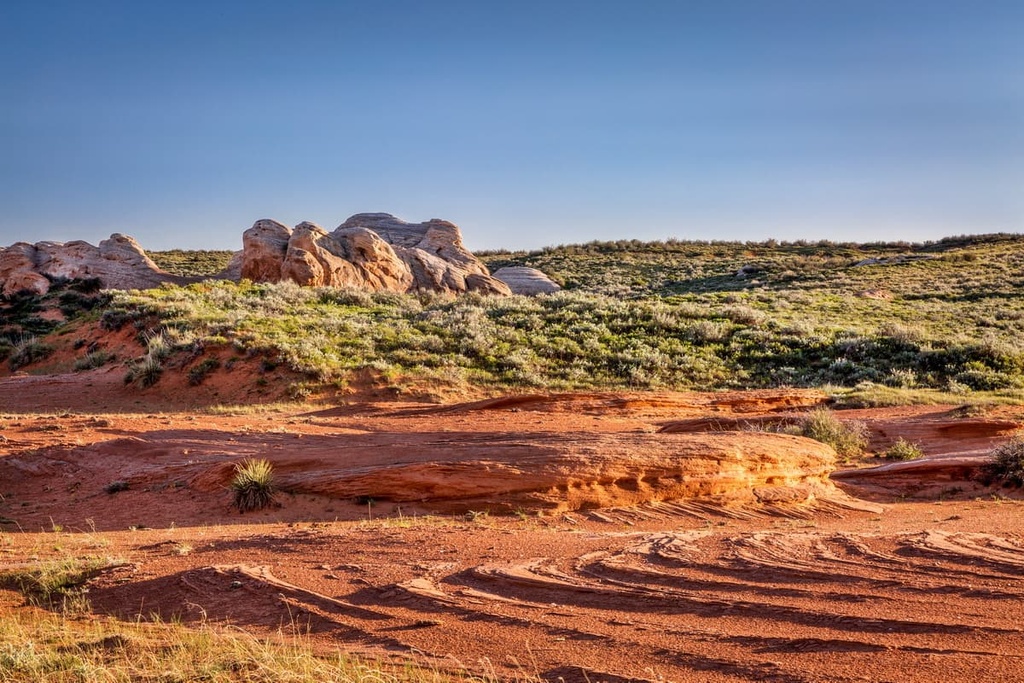 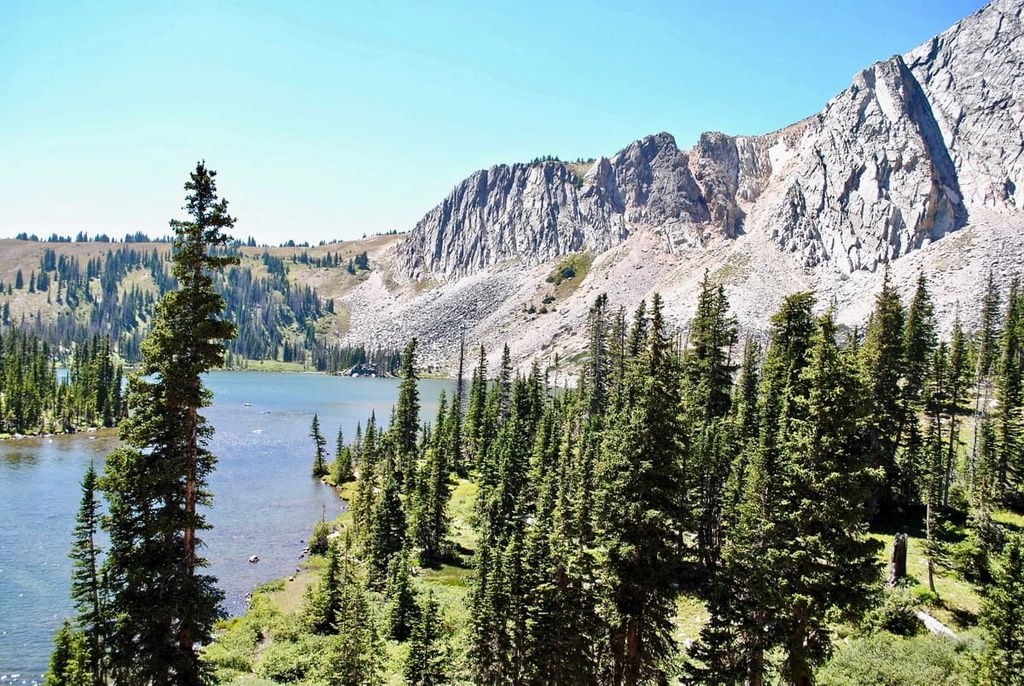 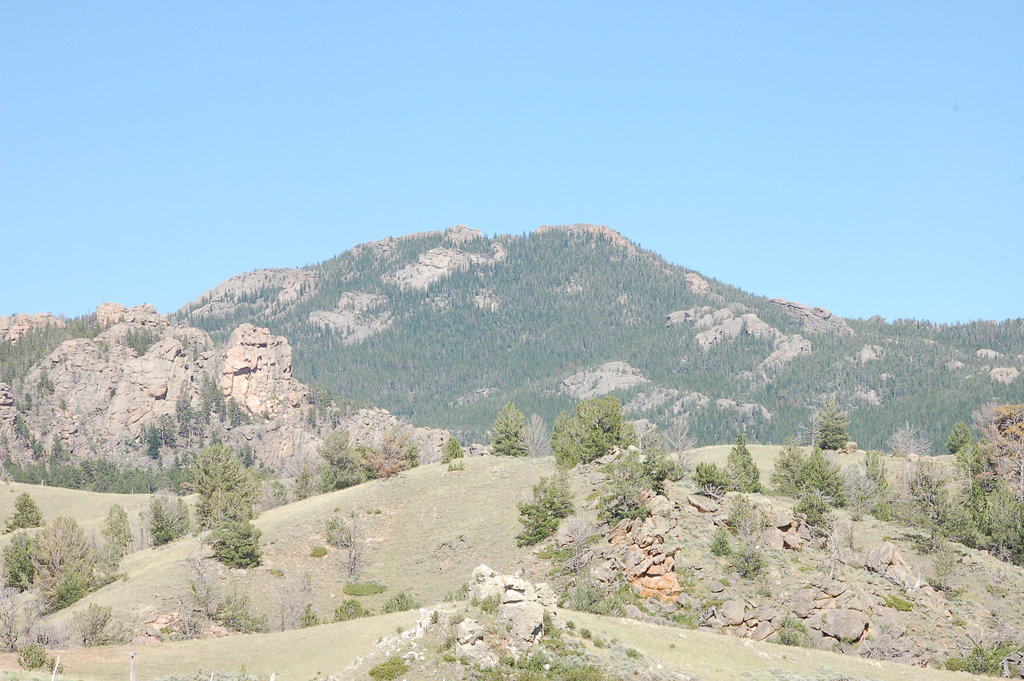