The Mount Zirkel Wilderness is a protected area situated in the northern part of the US state of Colorado. The wilderness lies within the Southern Rocky Mountains, which run throughout the western side of the state. The tallest and most prominent peak in the wilderness is Mount Zirkel at 12,188 ft (3,715 m) in elevation and with 3,478 ft (1,060 m) of prominence. 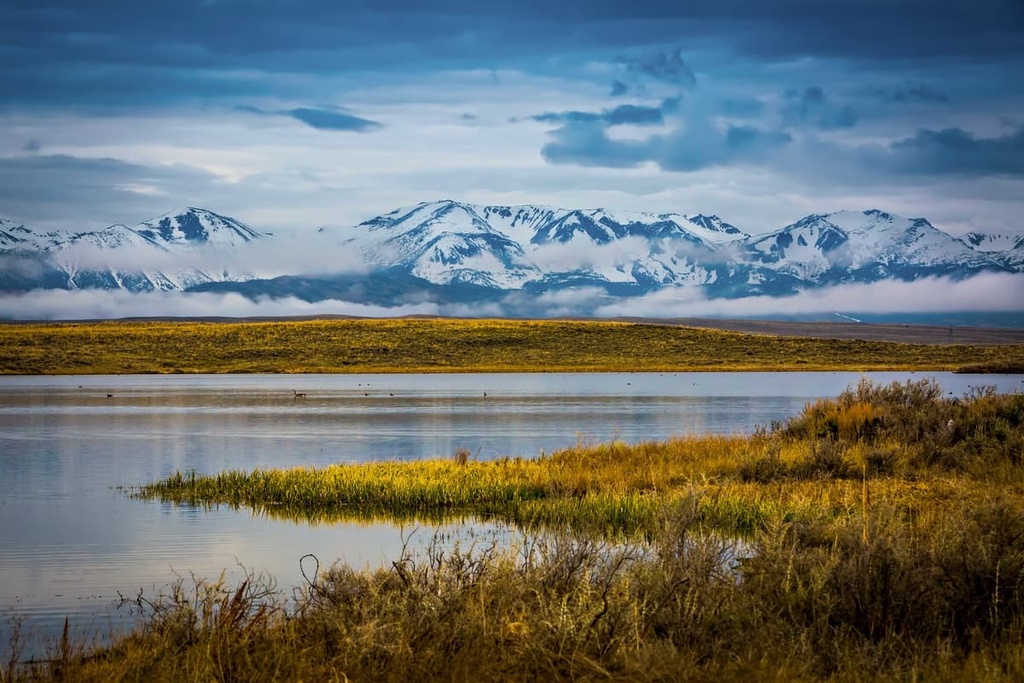 The Mount Zirkel Wilderness is located in northern Colorado within the Southern Rocky Mountains. The wilderness is situated within the Routt National Forest and encompasses 160,648 acres (65,012 ha) of land.

The Continental Divide runs through the Mount Zirkel Wilderness along the Park Range, which is a subrange of the Southern Rocky Mountains.

The mountains within the wilderness are marked by rugged peaks and ridgelines. Lower elevations in the park are home to creeks, forests, and meadows.

The highest elevations in the wilderness feature jagged mountain tops along with an alpine tundra landscape. Steep ridgelines in the region are often coupled with wide, sweeping glacial cirques.

The wilderness is home to over 70 lakes and over a dozen peaks reaching above 12,000 ft (3,658 m). The Mad Creek and Buffalo Pass regions within the wilderness receive the most snowfall of any area within the entire state.

A 150 sq. mile (388 sq. km) portion of the wilderness was drastically altered by the 1997 Routt Divide Blowdown. During this event, millions of trees were toppled over by a fierce storm. This was then followed by beetle infestations and numerous wildfires. Though the wilderness looks different today than it did a few decades ago, many of the region’s major ecosystems are still intact.

The Park Range dominates the landscape throughout the wilderness, separating the North Park on the east and the Elk River Basin on the west.

The Southern Rocky Mountains and its many subranges date back 300 million years. During this time, a range formed throughout Colorado during an ancient mountain building event. Eventually, this range eroded away and laid the framework for the ranges that are visible today.

The Laramide orogeny occurred between 80 and 55 million years ago in the region. However, the mountains built during this time feature rock formations that date back to the Precambrian. Rocks from this time are often found at the core of the region’s rugged peaks.

The outer layers of the many of the peaks in the region date back to the Cenozoic. Around 30 million years ago, volcanic activity built up immense pressure beneath the Earth’s crust, forcing the Southern Rocky Mountains further upward.

During the last glacial maximum, around 20,000 years ago, much of the Mount Zirkel Wilderness was heavily glaciated. As the glaciers began to melt, glacial retreat further carved out the landscape, leaving behind the jagged peaks and glacial cirques visible today.

A diverse array of ecosystems can be found throughout Mount Zirkel Wilderness.

The majority of the wilderness is home to dense sections of pine, spruce, and fir trees. Most plant life can be found at the lower elevations in the wilderness, primarily in the northern region.

As elevations increase, the forested landscapes in the wilderness slowly transform into a montane forest, alpine meadows, and alpine tundra. The highest peaks often have minimal flora, with the exception of low-growing grasses, sagebrush, and wildflowers.

The southern region of the wilderness is home to a unique landscape known as ribbon forest. Here, forested sections extend in long thin bands, giving the appearance of a thin ribbon when looked at from above. These sections of forests are bordered by vast stretches of meadows.

The fauna found in Mount Zirkel Wilderness is similar to that of many of the remote wilderness areas found throughout western Colorado. Populations of elk, mule deer, moose, black bear, and marmots can be found throughout the year.

The alpine tundra ecosystems in the region provide the ideal habitat for many of these animals, while the lower elevations provide protection from prey such as mountain lions and bobcats.

The land within the Mount Zirkel Wilderness is part of the ancestral homelands of the Ute people, more specifically the Yahpudttka band. The Ute have inhabited the region for thousands of years, way before the arrival of European settlers.

These migratory patterns led the Ute to create various walking and hunting paths throughout the region. Many of these original routes would later be used by European-American settlers in the region.

Trappers of European descent would later move into the region enduring the nineteenth century. James Harvey Crawford arrived in 1874 to the region and later went on to establish the town of Steamboat Springs, which lies just south of the wilderness.

Communities continued to grow in the region, leading to numerous disputes and fights between Indigenous peoples and the settlers. The settlers often disregarded the Ute peoples' claim to their homelands.

James Harvey Crawford moved his family to the region in 1876. Shortly after, in 1879, the US Army forcibly removed the Ute people from the region and onto reservations.

The railroad arrived in Steamboat Springs in 1909 while the local economy was centered around ranching and mining the nearby mountains. A natural hot spring in the region made such a noise that early settlers thought a steamboat was coming down the river. This simple natural oddity eventually led to the town to be named Steamboat Springs.

The Mount Zirkel Wilderness is home to over 100 miles (160 km) of hiking trails. Here are some of the most popular hiking areas in the range:

Located just outside of Steamboat Springs, the trail takes hikers along Fish Creek for various views of the falls. The lower falls can be seen at the start of the hike and is accessible via a paved path. The upper falls lie 2 miles (3.2 km) up the trail.

The cascading falls are surrounded by patches of trees and rocky terrain. The trail can be used for hiking during the summer and snowshoeing during the winter.

The Rabbit Ears Peak trail is 5.5 miles (8.9 km) long round trip with 974 ft (297 m) of elevation gain. The route starts near Dumont Lake and slowly climbs up to the summit of Rabbit Ears Peak.

After climbing through the forest, the trail opens up to alpine meadows full of wildflowers and barren summits. Once at the summit, hikers have panoramic views of the wilderness, its vast valleys and nearby peaks.

Uranium Mine Trail travels through an area with a long and storied history. It also offers views of the nearby Fish Creek Falls. The trail is 3.1 miles (5 km) long with 593 ft (181 m) of elevation gain.

The rocky path of the trail climbs steadily before reaching an abandoned uranium mine. Though the mine is gated shut, visitors can peer instead for a small glimpse of the passageways that extend for over 600 feet (183 m).

Along the trail, hikers can experience views of Fish Creek Canyon and the rolling hillsides that are found throughout the wilderness.

Looking for a place to stay near the Mount Zirkel Wilderness? Here are some of the best cities and villages to check out in the region:

Steamboat Springs is the closest city to Mount Zirkel Wilderness. The city is home to over 13,000 people and is known throughout the world for its impeccable skiing. Just to the east of the city lies the Steamboat Ski Resort.

This world class skiing has led to the city to produce more winter Olympians than any other city in all of North America. Situated along the Yampa River, Steamboat Springs is also known for its rafting, fishing, kayaking, biking, and hiking opportunities.

Hundreds of miles of trails around the city also allow for endless summer fun for hikers, bikers, and trail runners. After a long day of exploring, visitors and locals alike can relax in the natural hot springs in the city, or go for a stroll through the local shops and restaurants in the downtown area.

Just over an hour and half drive away from the wilderness lies Vail, Colorado. Though only home to 4,800 residents, the town is home to the largest ski mountain in the entire state. Each year, people from across the world travel to Vail Ski Resort and experience the town’s world class slopes, shops, and dining.

Every year, the city hosts numerous events including the Vail Film Festival, Vail Resorts Snow Days, and the Burton US Open. Other winter activities in the town include snowshoeing, snowboarding, and snowmobiling.

As the snow melts each summer, Vail comes alive with hundreds of trails for hiking, mountain biking, trail running, and horseback riding. Besides being a hub for outdoor recreation, Vail is known for its wide range of local cuisines. Other festivals held in the city include the Vail Summer Bluegrass Series, Taste of Vail, and Vail International Dance Festival. 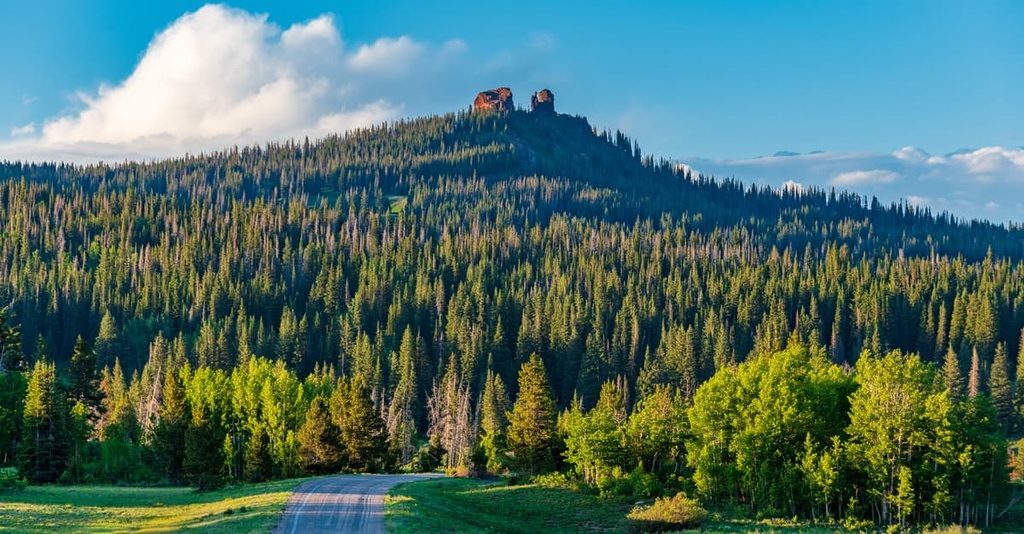 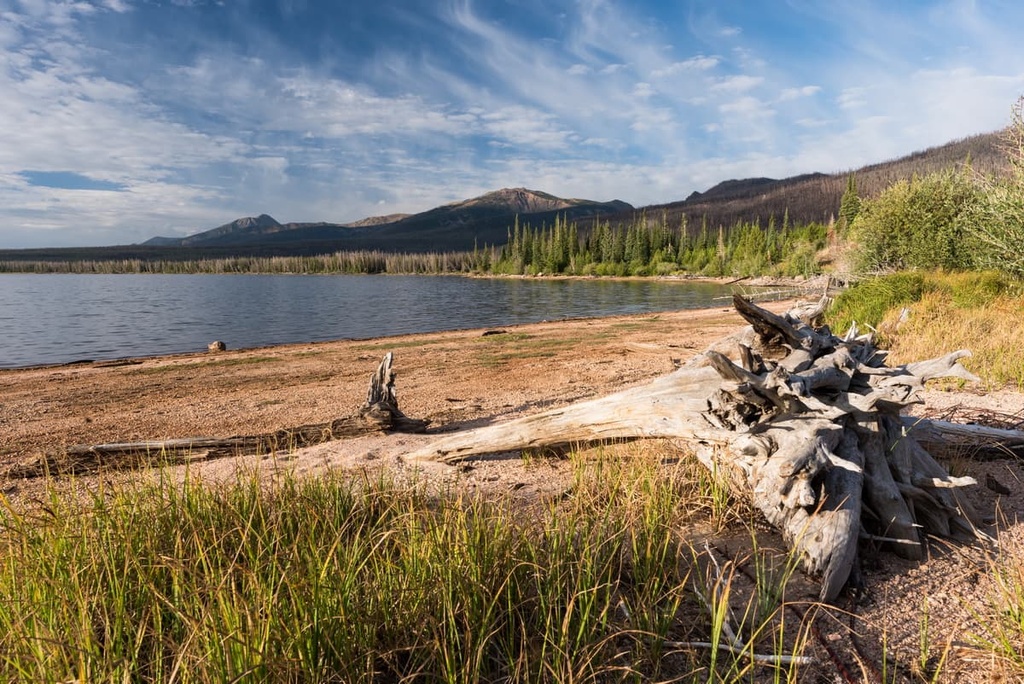 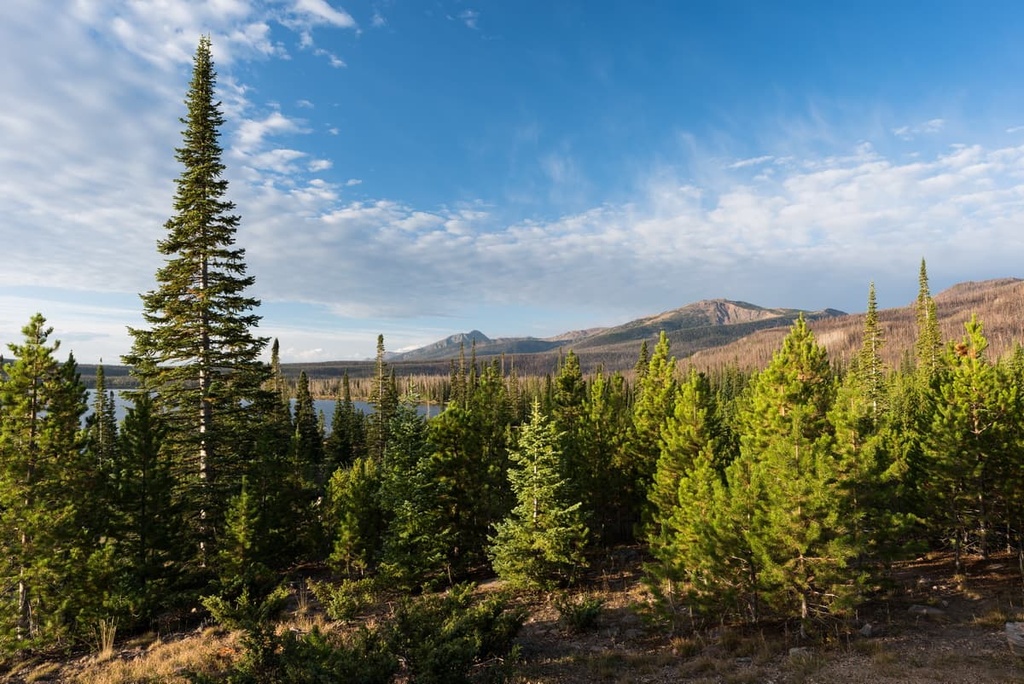 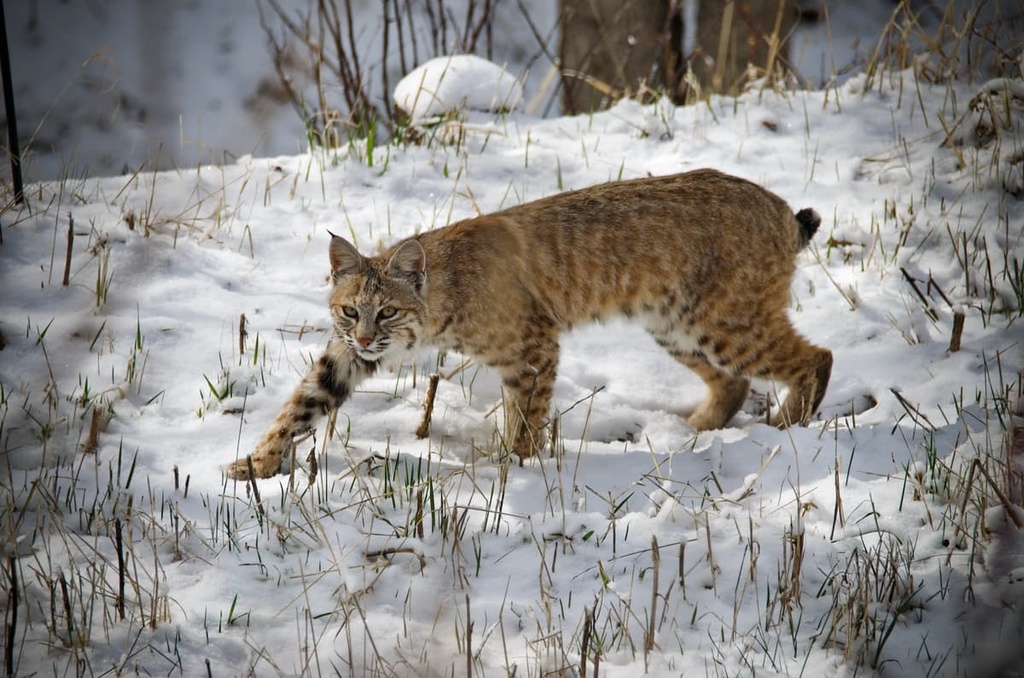 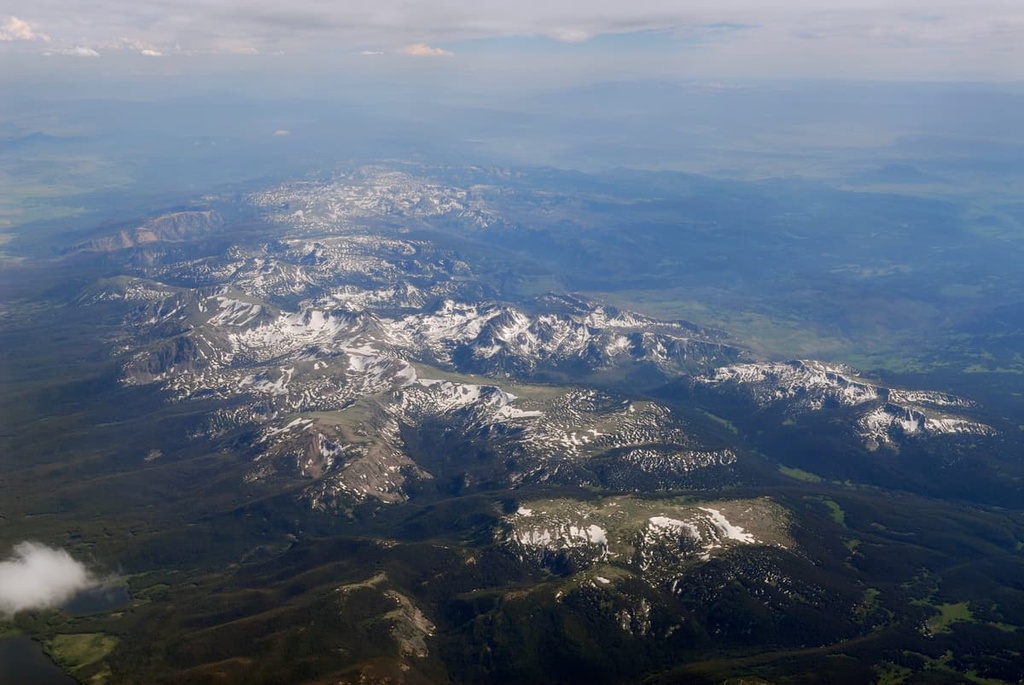 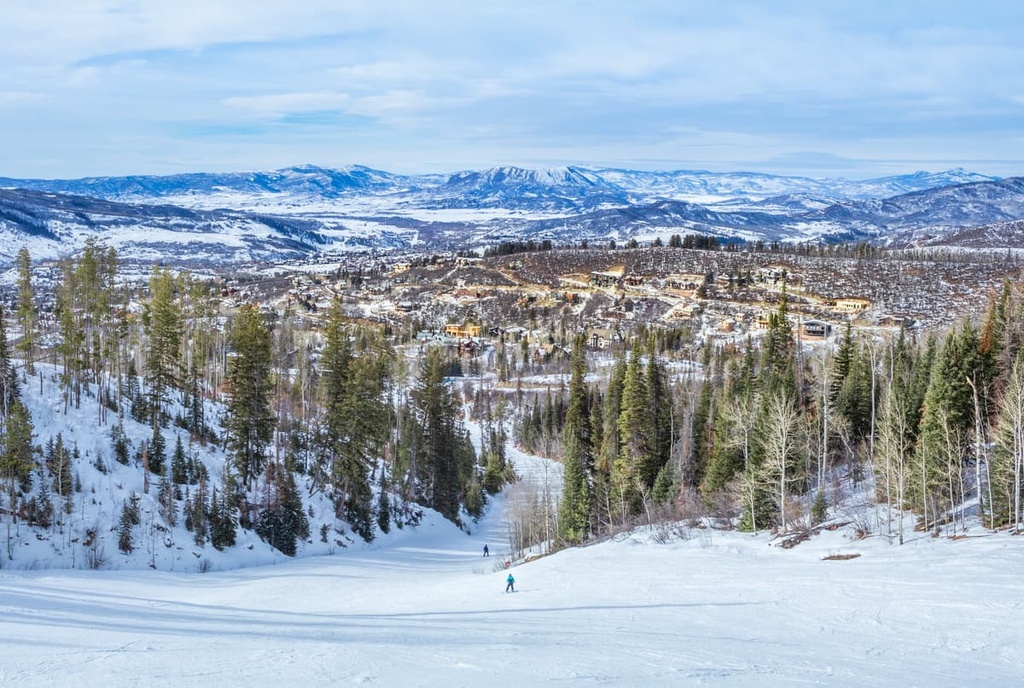