The Maritime Alps are a mountain range located in the southwestern part of the Alps along the border between France and Italy. There are 1685 named mountains in the Maritime Alps, the highest and most prominent of which is Cima Sud Argentera (3,297 m/10,817 ft). 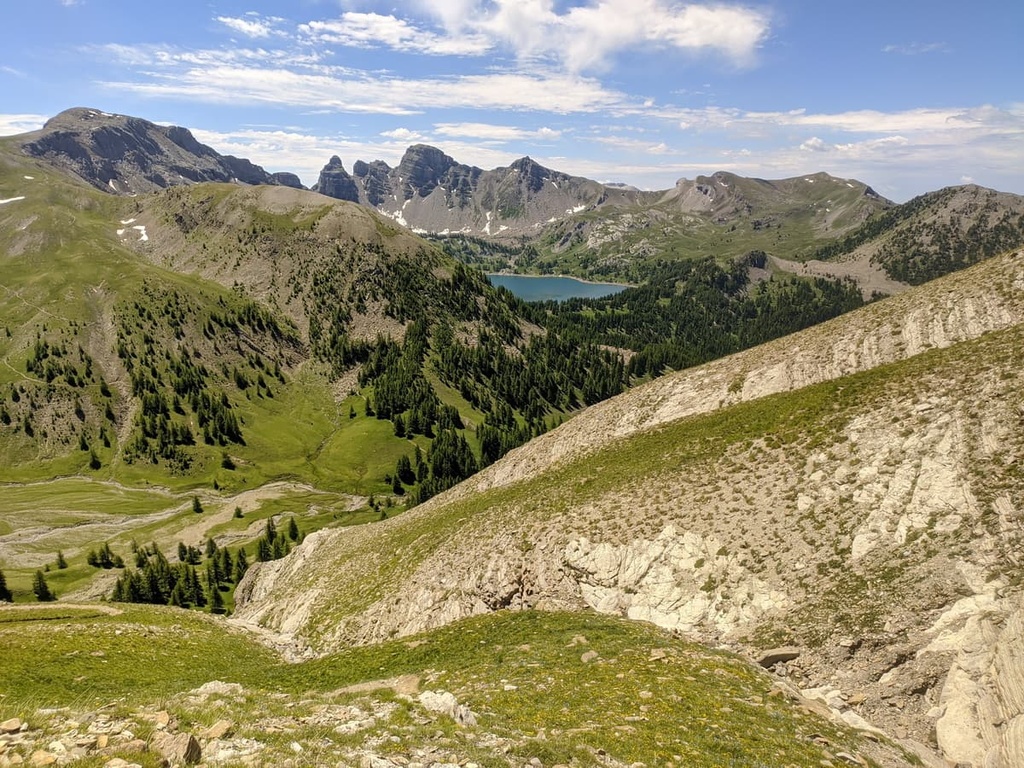 The Maritime Alps mountain range is situated in the southwestern part of the main Alps range. It covers the districts of Cuneo and Imperia in the regions of Liguria and Piedmont in Italy, and the department of Alpes-Maritimes in the Provence-Alpes-Côte d'Azur region of France.

The mountains of the Maritime Alps form a natural border between Provence-Alpes-Côte d’Azure in France, and the Italian regions of Piedmont and Liguria.

The chain borders the Ligurian Alps, which it is connected to by the Col de Tende and Vermenagna river. It is also connected to the Cottian Alps via Maddalena Pass and the Stura di Demonte river. The Verdon River and Col d’Allos connect the Maritime Alps to the Provence Alps and Prealps, while the Var valley leads them to the Mediterranean Sea.

The Maritime Alps chain is home to two different national parks, each extend on both side of the Argentera-Mercantour massif:

The Maritime Alps are drained by the Sturda di Dimonte on the Italian side, along with other tributaries of the Tanaro and Po. On the French side, the mountain range is drained by the Roya, Var, and Verdon, and their tributaries.

Despite its proximity to the sea, the Maritime Alps have a distinctly Alpine feel to them. The chain is characterized by its deep, narrow valleys and steep slopes, which formed over thousands of years by rock and glaciers.

Crystalline rock lies at the heart of the Argentero-Mercantour massif, with granites and gneisses from the massif occupying the upper valleys.

The borders of the massif instead consist of sedimentary rock, which form the ridges of the lower valleys. Deep, narrow gorges, such as the Gorge della Reina, have also been formed in the range due to the solubility of the limestone. Karst formations, such as Grotta del bandito, can also be found in the range.

The character of the landscape in the chain is a result of the effects of glacial erosion. The landscape in the region was once dominated by large glaciers, which have left their mark in the form of large valleys, basins, and cirques.

Glaciers that are found in the area today are much smaller than they were once, and they continue to decrease in size. They are mostly found on the Italian side of the Maritime Alps. The largest and southernmost glacier in the range is Clapier Glacier, which is just 45 km (27 mi) as the crow flies from Monte Carlo in Monaco.

The Maritime Alps are among the wettest subranges of the Alps. This moist climate, along with the range’s proximity to the sea and its geological history, has meant that the Maritime Alps have an incredibly rich and varied ecology, and many rare and endemic species calling this chain home.

There is a huge variety of microclimates in the range thanks to the alternation of ridges, valleys, and gullies found in the region. This variety is also due to the geographical positioning of the Maritime Alps, which are situated close to the sea.

This proximity to the sea also meant that many species survived during the Quaternary glaciations, which elsewhere wiped out previous traces, as the mountain peaks remained ice-free and provided shelter for species that would have otherwise disappeared.

The Maritime Alps are in fact one of the richest Alpine areas for flora and fauna in Europe. In fact, there are around 3,000 plant species present in the area.

Here, you can find a meeting point of Alpine, sub-Alpine, Mediterranean, and Apennine species. For example, Mediterranean species, such as lavender and Phoenicean juniper, grow alongside Alpine species, like glacier buttercups.

There are also many endemic species present in the Maritime Alps. Some endemic and rare species in the range include Alpine bell flower, Maritime Alps hyssop, Allioni’s primula, Heart-leaved catchfly, and Saxifraga florulenta.

Saxifraga florulenta, in particular, grows in just a small area between Monte Frisson and Lake Vens. It can live up to 50 years, and it is thought to flower only once before it dies.

Within the Maritime Alps, you’ll come across beech woodlands in the lower valleys, as well as coniferous forest of silver fir, larch, spruce, and stone pine. At lower elevations, you’ll also find pastures and grasslands used for grazing. That said, there aren't many high-elevation grasslands in the range due to rough and rocky terrain that’s typical of the Maritime Alps.

The Maritime Alps are also rich in fauna. They are home to 55 of the 90 Central European mammal species. Some animals you might come across are: ibex, chamois, roe deer, red deer, mountain hare, marmot, wild boar, mouflon, and otters, as well as 20 different species of bats! You might even come across traces of wolves in the range.

Keen bird spotters should look out for the bearded vulture, golden eagle, ptarmigan, black grouse, and rock partridge while in the Maritime Alps. Additionally, the Maritime Alps are also home to reptiles such as the green lizard, sand lizard, and grass snakes.

Merchants, shepherds, soldiers, travelers, and even kings have trodden the paths of the Maritime Alps for centuries, as they connect the Mediterranean Sea to the Po valley. This included major routes for the salt trade between Nice and Cuneo.

These travelers have all left traces in some form or another in the range, from old trade routes and pastures to fortifications, sanctuaries, and even royal hunting lodges.

During the nineteenth century, the Italian royal house of Savoy was so taken with the beauty around the Gesso Valley that they turned it into a royal hunting reserve. This reserve was later made into the Maritime Alps Natural Park in 1995.

Going back even further, remnants of neolithic settlements can be found in the Stura Valley, Bronze Age tombs in Valdieri, and around 36,000 rock engravings have been found in Vallée des merveilles.

Nowadays, the area is known for agriculture and livestock farming, local handicrafts, and tourism. It also features two parks that protect the majority of the range’s territory.

Best Hikes in the Maritime Alps

The Maritime Alps offer amazing hiking, climbing, and mountaineering opportunities. The best place for climbing and mountaineering is in the Argentera group, where climbers can enjoy imposing peaks and granite walls such as Corno Stella and Cima di Nasta.

Hikers are spoilt for choice with plenty of day hikes, as well as some bigger multi-day treks passing through:

Mercantour National Park in the Maritime Alps is home to many day hikes and multi-day hikes for visitors to enjoy. Hikers have many options to choose from, but here are some classic routes to consider during your trip:

Maritime Alps Natural Park offers hikers a huge choice of itineraries during your trip to the range. Here are a couple of hikes that will give you a glimpse of what this park has to offer:

Visitors are spoilt for choice when it comes to accommodations near the Maritime Alps as the range is easy to access from major towns and cities in both Italy and France.

Located on the French Riviera at the foot of the Alps, Nice is a popular summer holiday destination. Nice is one of France’s most visited cities, receiving around four million tourists every year.

Stroll along the Promenade des Anglais, sample a local Niçoise salad, dive into the sparkling waters of the Mediterranean Sea, or take in some art at the Museum of Modern and Contemporary Art during your next visit to Nice.

Menton is a small town that’s situated by the coast in southeastern France, close to the border with Italy. It is known for the citrus industry, as well as its beautiful beaches and gardens, showcasing many rare plants.

Like Nice, Menton attracted many English aristocrats in the nineteenth century who constructed beautiful villas and hotels, many of which are still standing today. While in Menton, be sure to stroll through the old quarter, visit the Val Rahmeh-Menton and Serre de la Madone gardens, and enjoy the local beaches.

Ventimiglia is located in the Italian region of Liguria, close to the border with France. The city is a popular summer holiday destination thanks to its many beaches. It also features many popular sites, such as the Hanbury Botanical Gardens and the Balzi Rossi Caves, which house prehistoric artifacts. 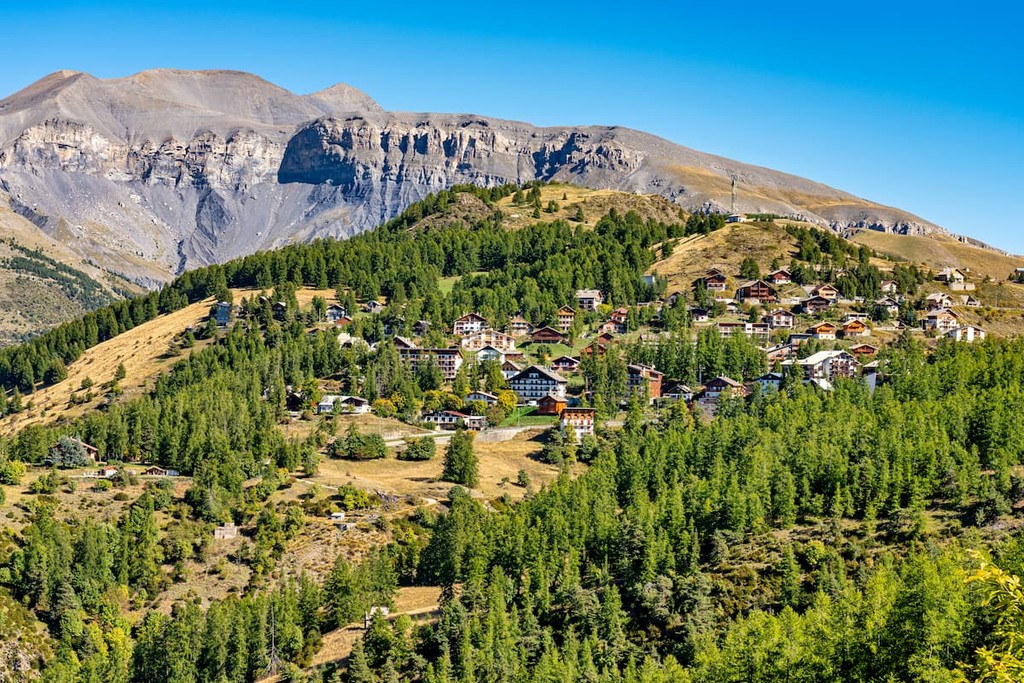 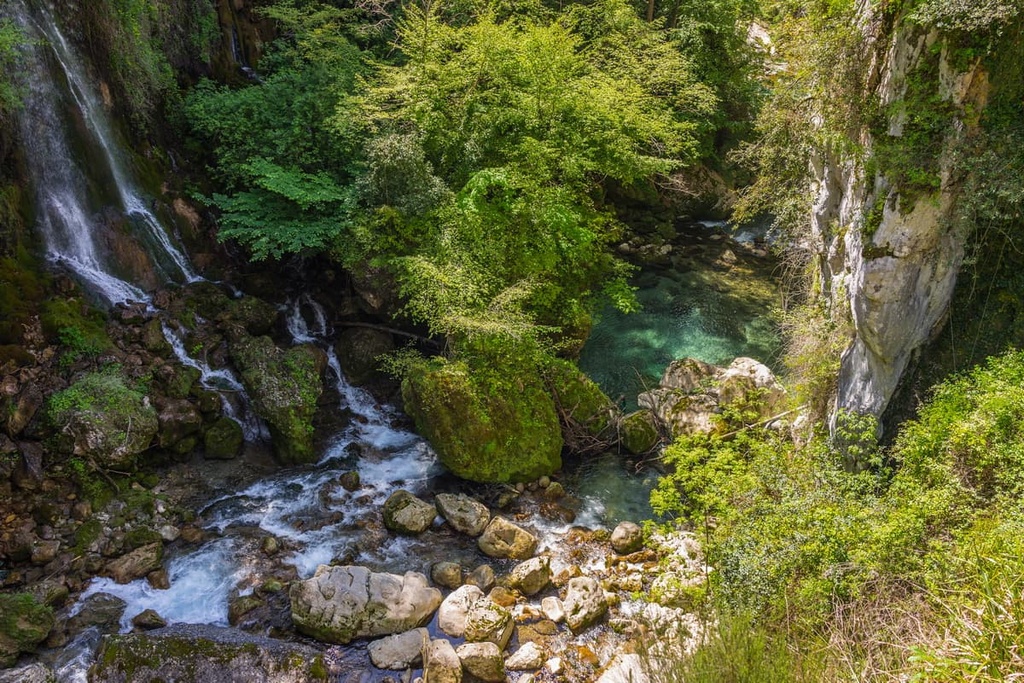 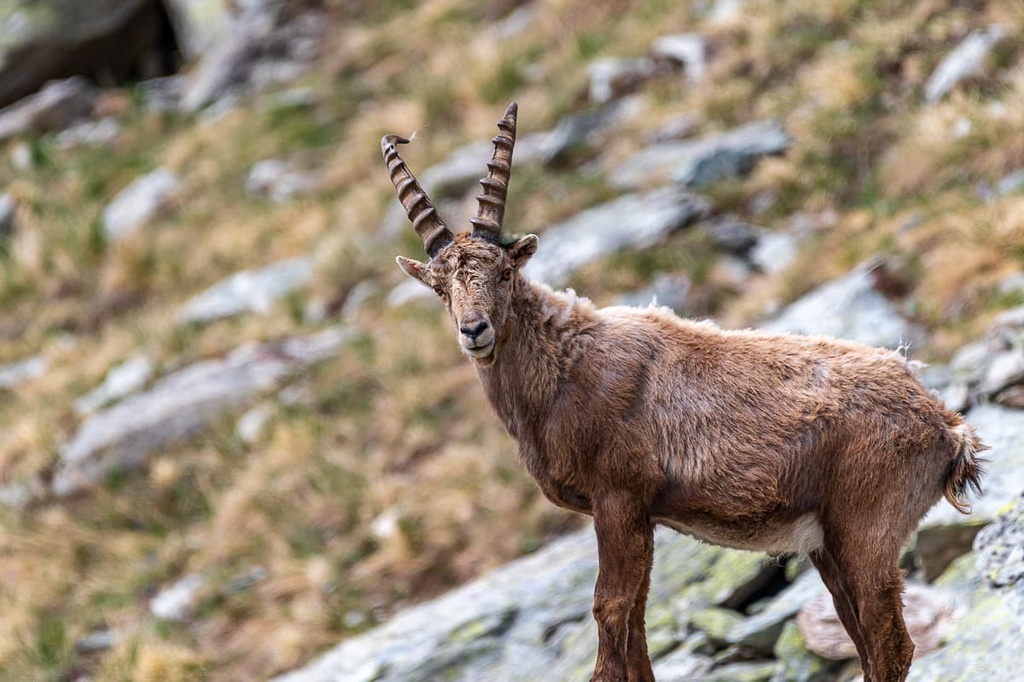 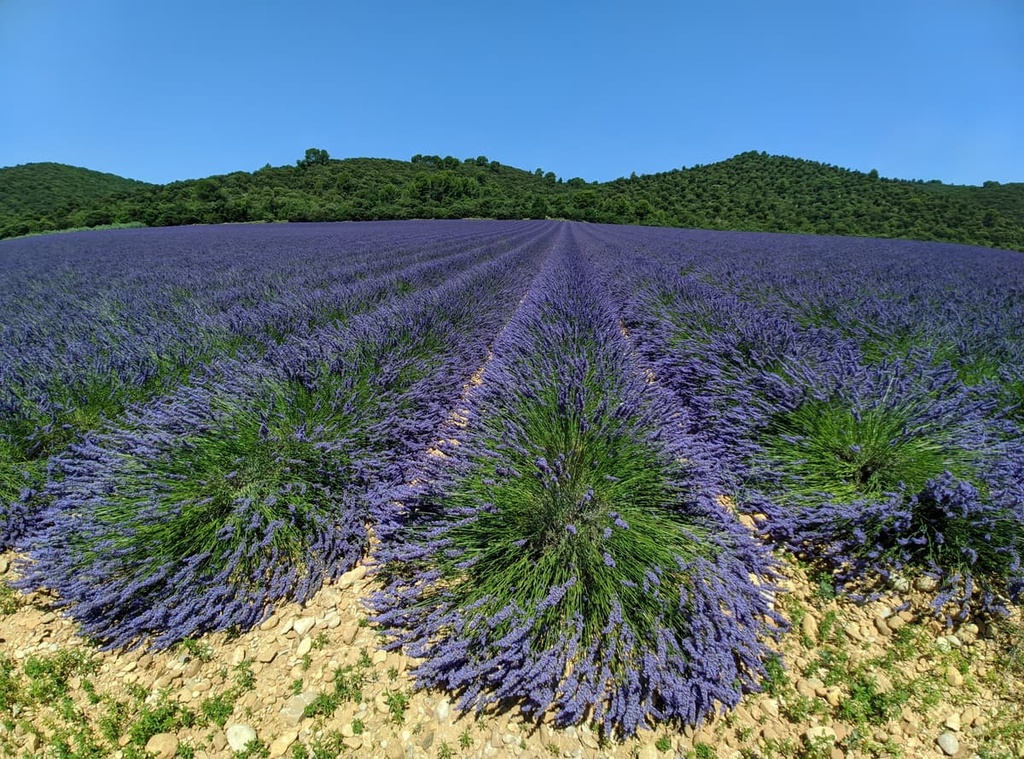 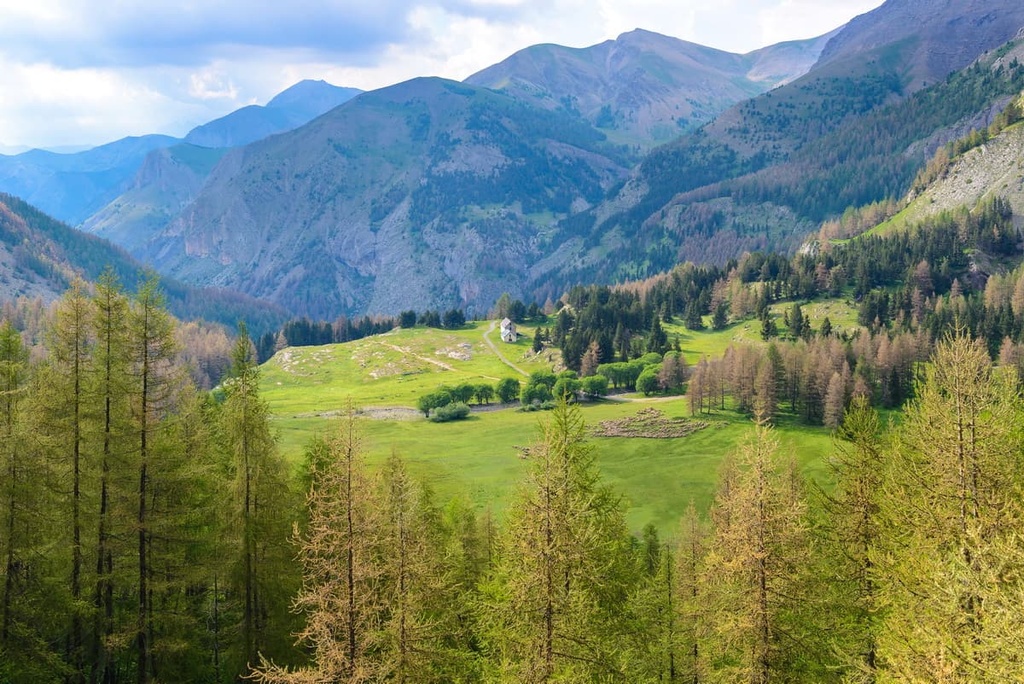