Home to some of the most rugged natural landscapes in the greater Victoria region, the Gowlland Range is a small collection of peaks situated on the southern section of Vancouver Island in the Canadian province of British Columbia. The range contains 14 named mountains, the highest and most prominent fow which is Mount Work (449 m/1,473 ft).

The Gowlland Range contains 14 named mountains. The tallest, Mount Work, lies within its namesake regional park, Mount Work Regional Park, and features some of the most expansive views in the range. Jocelyn Hill, the second-tallest mountain in the range, lies within Gowlland Tod Provincial Park, and boasts spectacular views of Saanich Inlet, Malahat Pass, and Finlayson Arm.

The Vancouver Island Ranges are part of the Insular Belt, the westernmost major tectonic subdivision of the Canadian Cordillera, and contain middle Paleozoic and Jurassic volcanic-plutonic complexes.

Vancouver Island formed roughly 150 million years ago when volcanic activity pushed sedimentary rock upwards from the sea floor. The mountains of Vancouver Island, however, owe their rugged grandeur to the erosive power of ice.

Between 15,000 and 30,000 years ago, massive ice age glaciers formed at the southern end of Vancouver Island. As the ice melted and retreated, it carved out the island’s high country and shaped the region’s incredible U-shaped valleys, alpine lakes, and tarns.

The 240 hectare (593 acre) foreshore of Finlayson Arm, a crystalline fjord at the foot of the Gowlland Range, is also home to an array of fascinating species, including the giant cloud sponge, lamp shells, and anemones. Scuba divers and boaters from around the world regularly travel to the region to experience incredible marine wildlife, including killer whales and seals.

Several archaeological sites are located within the Gowlland Range. These sites point to pre-contact use of the area by First Nations thousands of years ago. Before the arrival of Europeans, Indigenous peoples utilized a number of sites in the area for medicinal, ceremonial, and spiritual purposes.

Tod Inlet was first discovered by Europeans from the British Navy in the mid 1800s. In 1869, a lime kiln was built, and settlers began to move to the region to farm and cultivate crops.

An old copper mine and the Caleb Pike Homestead also provide visitors a look into the region’s extensive pioneer and mining activity in the early 1900s.

By the mid-1900s, public interest had shifted to establishing a park to preserve the region’s fleeting natural resources. In 1995, Gowlland Tod Provincial Park was established as a Class A park, which meant that it was devoted to the preservation of the natural environment.

The Gowlland Range has long been valued for its natural beauty and exceptional recreational opportunities. Several natural attractions and scenic parks in the area allow sightseers and adventurers to immerse themselves in the splendor of the region.

The park contains three small freshwater lakes, Durrance Lake, Pease Lake, and Fork Lake. Of the three, Durrance Lake is the most accessible and is a favorite among picnickers. Multi-use trails can be found along the eastern slope of Mount Work and a somewhat challenging trail runs north and south, spanning the entire length of the park.

Located near Victoria, on southern Vancouver Island, Gowlland Tod Provincial Park protects a significant part of the Gowlland Range, as well as parts of the natural shoreline and uplands of Tod Inlet.

The park is best-known for its incredible day-use recreation opportunities, including canoeing, kayaking, hiking, cycling, picnicking, and horseback riding. Popular trails in the park include Jocelyn Hill, Holmes Peak, Mckenzie Bright, and the Tod Inlet trail.

Looking for a place to stay near the Gowlland Range? Here are some of the best cities and towns in the region to check out:

Victoria is both the capital of British Columbia and the largest city on Vancouver Island. It is home to about 90,000 residents and it is just a short ferry away from the US state of Washington. In addition to being British Columbia’s seat of government, Victoria is a popular tourist destination. It is generally ranked high in terms of quality of life, and it offers superb access to the island's many hiking, climbing, and paddling opportunities.

Located at the northern end of the Saanich Peninsula, Sidney is a charming seaside community that is affectionately referred to as the gateway to Vancouver Island. Sidney is just minutes from the Victoria International Airport and Swartz Bay Ferry Terminal. It’s also the only Canadian port-of-call in the Washington State Ferries system, with ferries running to the San Juan Islands and Anacortes.

Sidney’s location on the Salish Sea makes it particularly popular among those looking to explore the southern Gulf Islands National Park Reserve. Sidney is also an idyllic destination for whale-watching, kayaking, and scuba-diving.

One of the fastest growing communities on Vancouver Island, Langford is the urban core of five suburban municipalities that make up the West Shore. Langford is central to a variety of attractions, including Goldstream Provincial Park, Thetis Lake Regional Park, and several scenic lakes. 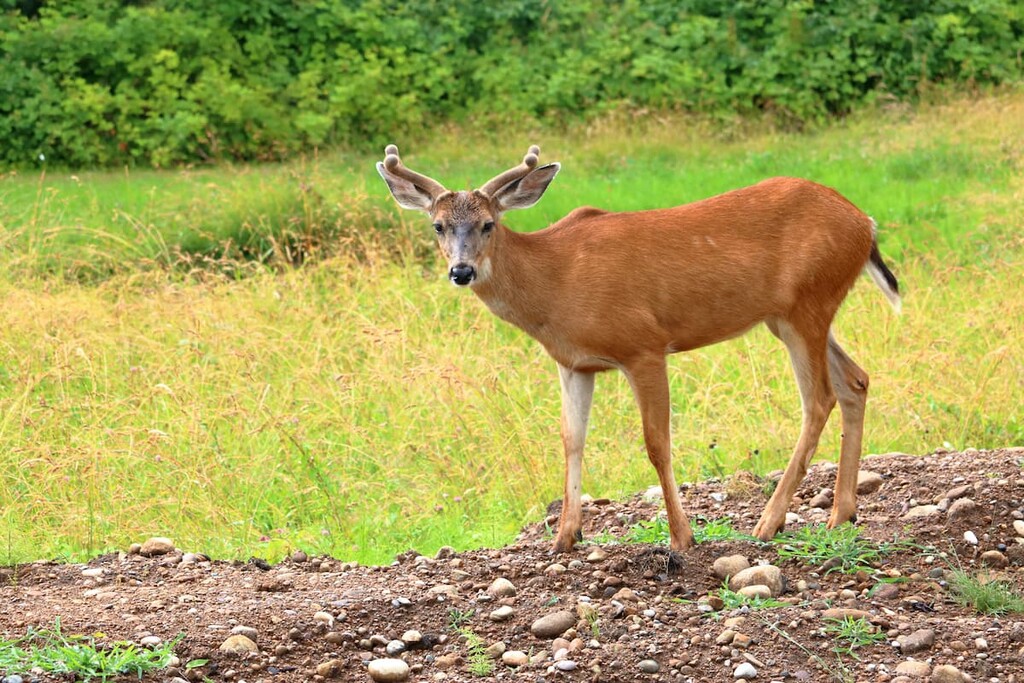 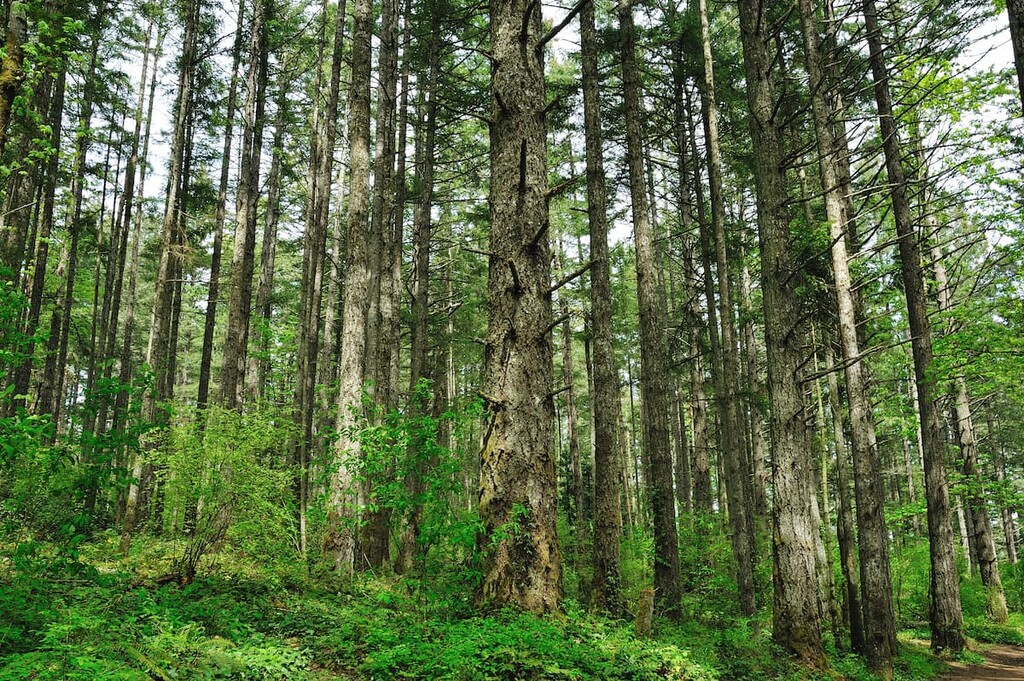 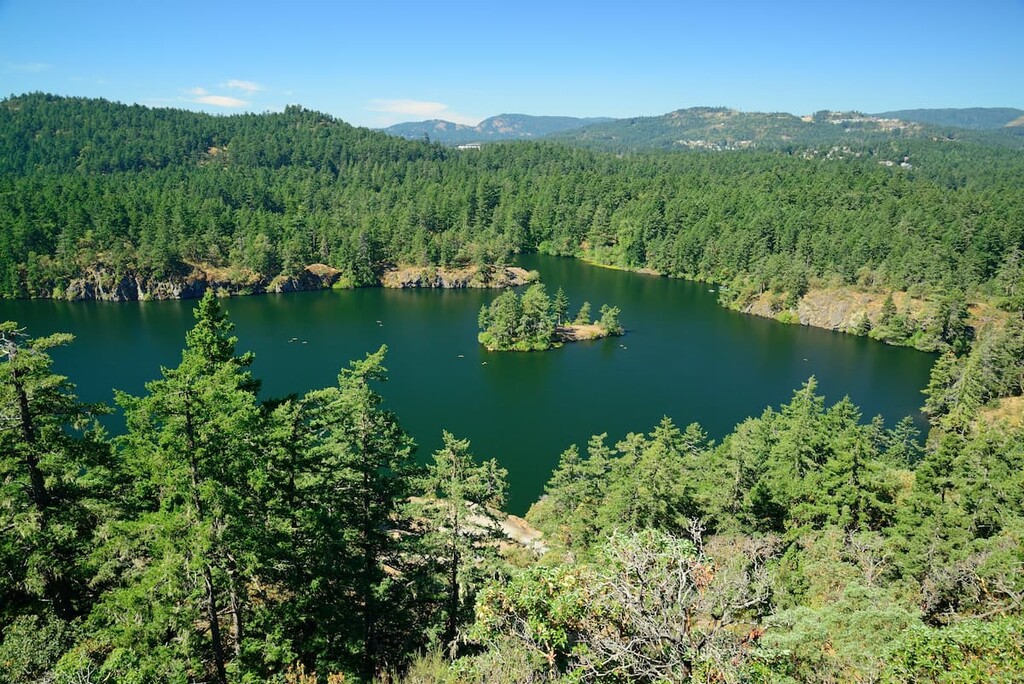 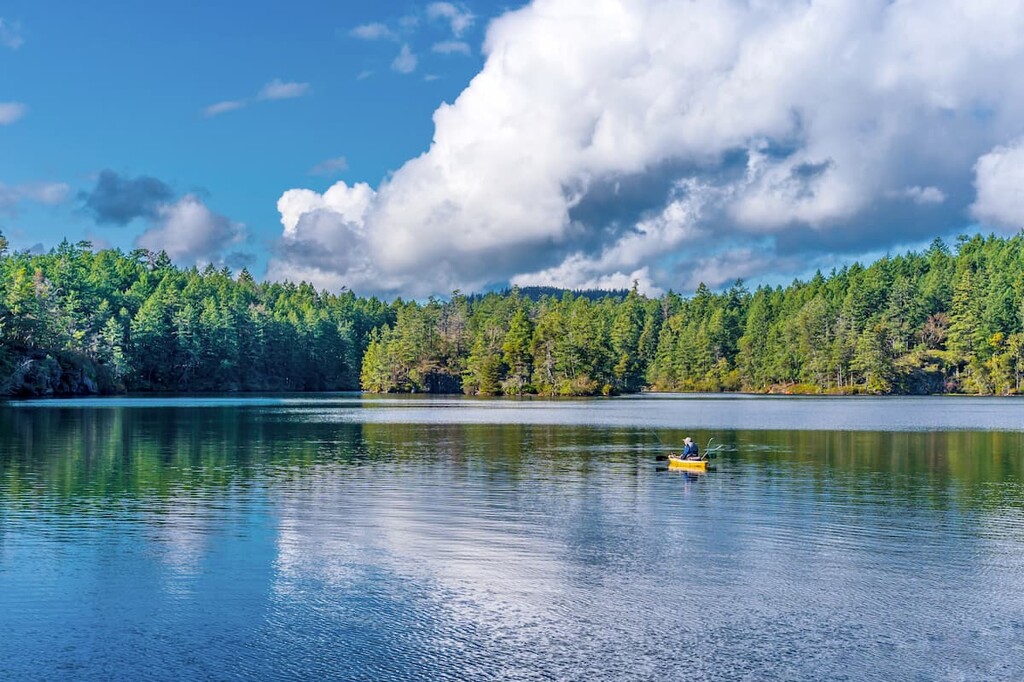 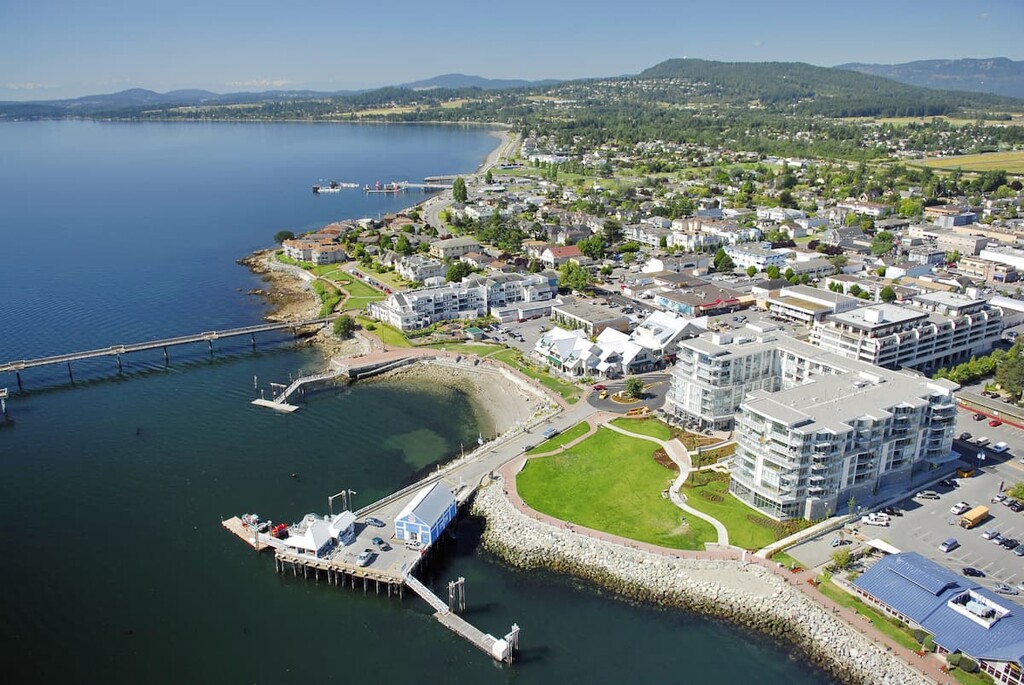