Wetterspitzen map
Go to camera
Teleport
Zoom in
Zoom out

Location
47.400819 N  10.970848 E
The Wetterspitzen are three of the rocky peaks on a mountain ridge in the Wetterstein mountains in the central part of the Eastern Alps in Germany. They lie two kilometres, as the crow flies, southwest of Germany's highest peak, the Zugspitze, on the border between the Austrian province of Tyrol and the German state of Bavaria. The Wetterspitzen form the southwest perimeter of the Zugspitze ledge (Zugspitzplatt); below and to the east is the ski region on the Schneeferner with its research station, the Schneefernerhaus.

The three peaks are the:

51 m
Prominence
Peak’s prominence is the least
vertical to be covered to get from the
summit to any other higher terrain. 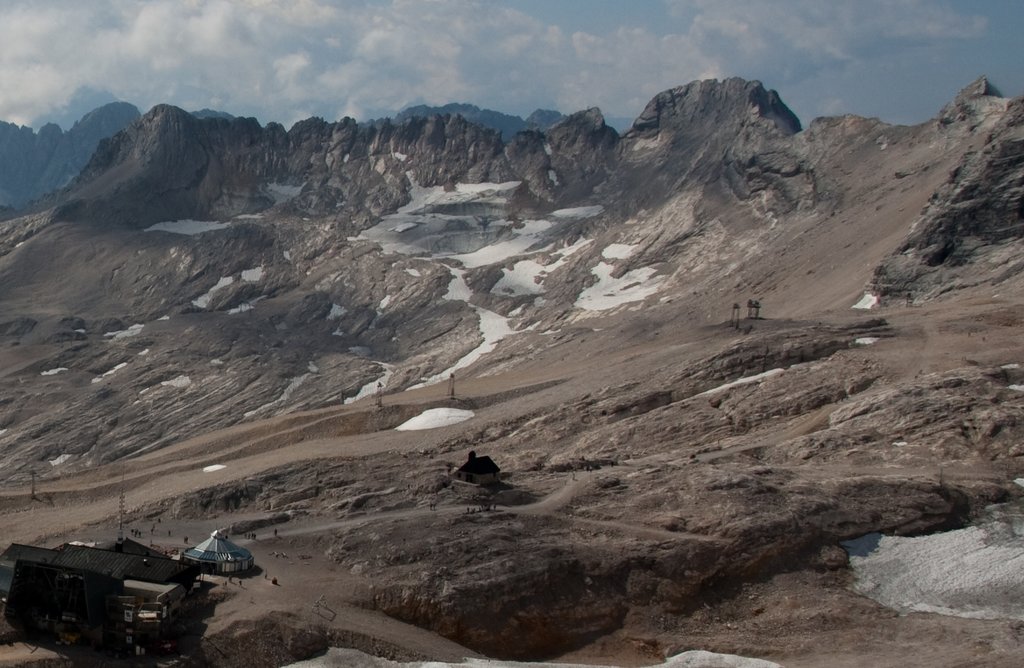 47.404722 N   10.970278 E
Nearest Higher Neighbor
Schneefernerkopf - 941 m
El: 2 874 m / Prom: 180 m
Check out a downloadable 3D model of Wetterspitzen area. A higher resolution model can be found in the PeakVisor mobile app.
Do you have photos of Wetterspitzen or know something about it? Please let us know!