Located in northern California, near the Oregon border, the Tule Lake National Wildlife Refuge protects 39,116 acres (15,830 ha) of mostly open water and croplands in the Tule Lake Basin region of the United States. These critical croplands serve as an important food source for migrating and wintering waterfowl. As a result, the refuge is a fantastic birding and wildlife viewing destination.

The wildlife refuge contains 4 named mountains, the highest and most prominent is Sheepy Peak (5,220 ft/1,591m).

The Tule Lake Basin is located within the Great Basin region of the Basin and Range physiographic province, a vast physiographic region characterized by north-trending mountain ranges and low relief basins. The Tule Lake Basin is bound by Sheepy Ridge to the west, Bryant Mountain and Stukel Mountain to the north, the Clear Lake Hills to the east, and the Medicine Lake Highlands to the south.

The geology of the region in and around the Tule Lake National Wildlife Refuge is complex, with down faulted valleys and fault block mountains of the Basin and Range province terminating along the edge of the Cascade Mountains.

The topography within the agricultural and wetland regions of the park is mostly flat, but is surrounded by sparsely timbered hills, uplifts, and cinder cones. A small part of the park’s western boundary also contains steep hillsides and the rocky outcrops of Sheepy Ridge.

The Tule Lake Basin has been shaped primarily by tectonic, volcanic, and lake processes. Lava flows from the Medicine Lake Highlands, a massive volcanic complex, formed the south end of the basin. These lava flows continued into the Holocene epoch.

Lake Modoc consisted of several connected arms and extended nearly 75 mi (120 km) at its maximum. The lake basin is believed to have been formed by extensive geologic processes, such as faulting, and by the Medicine Lake volcano, which blocked a former southward-draining outlet.

At the end of the Pleistocene epoch, roughly 12,000 years ago, the climate settled into its present semiarid state and water levels began to decline. The floor of drying Lake Modoc revealed an abundance of vegetation and deep soils that would eventually become productive cropland.

Today, Tule Lake, Upper Klamath Lake, and Lower Klamath Lake remain from Lake Modoc and the surrounding landscape greatly represents the presence of the ancient lake. Rock and mineral resources in the area consist of primarily clay and fine-grained sand, as well as limestone, shale, and basalt.

The area protected by the refuge and the surrounding basins, however, have been permanently changed by the US. Bureau of Reclamation Klamath Project, which included construction of facilities that diverted and distributed water for irrigation of basin lands.

The draining of marshland, decrease in forested area, and increase in agricultural land use has reduced riparian vegetation and caused a degradation of water, soil, and sediment in the area. Agriculture in the area has also greatly reduced the population of migrating waterfowl.

The Tule Lake National Wildlife Refuge contains roughly 5,400 acres (2,185 ha) of upland plant communities, including juniper woodland, sagebrush shrubland, and grassland. The largest block and upland habitats are located near the southeast corner of the refuge and are primarily composed of cheatgrass, Idaho fescue, basin wildrye, rabbitbrush, and sagebrush.

The wetland ecoregion within the Tule Lake Wildlife Refuge consists of a combination of flooded wetland and open water with submersed vegetation. Flora in this part of the park includes harstem bullsrush, cattail, and sago pondweed.

In the 1950s and 1960s, the land now occupied by the Tule Lake National Wildlife Refuge supported one of the greatest concentrations of autumn migrant waterfowl in North America.

Though water quality and biological resources have since declined in the region, mostly due to agriculture, the refuge remains one of the most important waterfowl migration staging areas in the United States.

The refuge lies within a major pacific flyway migration corridor connecting waterfowl breeding grounds in the north, with major wintering grounds in California and Mexico. Important waterfowl species include: the greater white-fronted goose, snow goose, Ross’s goose, and cackling goose. During the late summer, it’s not uncommon to see as many as 100,000 waterfowl emerge in the marshes of the refuge.

In addition to waterfowl, 30 species of hawks, falcons, and eagles frequent the refuge, including over 500 bald eagles that migrate from their home in Alaska to the Tule Lake basin each year. The park’s upland cliff faces serve as the ideal nesting sites for owls, red-tailed hawks, and golden eagles.

Prior to European settlement, the Modoc people thrived on the region’s abundant waterfowl and game, edible plants, and accessible water supply.

Conflicts between cultures eventually culminated in the Modoc Indian War of 1872–1873, the only major war fought against tribal nations in California and one of the costliest wars in US history.

In the winter of 1872-1873, a small band of Modoc people was besieged by the US Army. Though the Modoc were highly outnumbered, the war lasted six months and resulted in the death of 53 US soldiers, 17 civilians, 5 Modoc women and children, and 15 Modoc warriors.

Evidence of this conflict can be found just 3 miles (4.8 km) south of Tule Lake in Lava Beds National Monument, at Canby’s Cross, the site where General Edward Canby was killed by Captain Jack.

By the late 1800s, agriculture in the region grew rapidly with the influx of new immigrants and removal of the Modocs. From the period of settlement to now, the land occupied by the Tule Lake National Wildlife Refuge has continued to be a subject of impassioned debate between conservation and agricultural interests.

In 1905, the Klamath Reclamation Project was signed and about 225,000 acres (91,000 ha) of rangeland in the Klamath basin was transformed into farmland. Even after the Tule Lake National Wildlife Refuge was established in 1928, to preserve the breeding ground for wild birds and animals, roughly 17,000 acres (6,880 ha) of the fertile land within the Tule Lake Basin was leased to potato, onion, horseradish, alfalfa, and cereal grain farmers.

Here are some of the best places to check out in and around Tule Lake National Wildlife Refuge:

The Tule Lake National Monument contains both the Tule Lake Segregation Center and Camp Tulelake, both of which were used to incarcerate Japanese Americans removed from the west coast of the United States. These important historical landmarks encompass several important historical structures used to imprison Japanese Americans and detain German and Italian prisoners of war.

Though Camp Tulelake was initially established as a public work relief program for men in the Civilian Conservation Corps, in World War II, the Tule Lake War Relocation Center (now known as the Tule Lake Segregation Center), was built next to the camp to incarcerate Japanese Americans. Camp Tulelake was transitioned into a War Relocation Authority Isolation Center, or prison. The center would be used to shelter over 240 Japanese American inmates brought in from other concentration camps as strikebreakers.

Visitors to the monument are encouraged to tour the property, which includes stops at the jail, several remaining buildings, and Fairgrounds Museum, to learn more about the troubling history of the Tule Lake Segregation Center.

Lava Beds National Monument contains 13 hiking trails, all of which cross or enter the backcountry. These trails lead to a number of historic sites and geological areas within the Lava Beds Wilderness, including Heppe Cave, Gillem Bluff, Petroglyph Point, and Schonchin Butte.

Looking for a place to stay during your visit to the Tule Lake National Wildlife Refuge? Here are some of the best cities and towns to check out:

Yreka is located in Siskiyou County near the Shasta River. Yreka serves as an ideal basecamp for exploring Shasta-Trinity National Forest and Klamath National Forest. Located just south of Oregon, in California, Yreka has a rich and diverse history. There are ample lodging and dining options available for visitors looking to spend any amount of time in Siskiyou County.

Within close proximity of the city, visitors will find hundreds of miles of hiking and biking trails, stunning mountain vistas, and tranquil alpine lakes. One of the larger cities in this region, Mt. Shasta offers a variety of accommodations including hotels, bed & breakfasts, resorts, and a few secluded retreats.

Located in northeastern Siskiyou County, Tulelake is named after nearby Tule Lake, a seasonal lake tucked within the Tule Lake National Wildlife Refuge that has existed continuously for more than 1 million years. 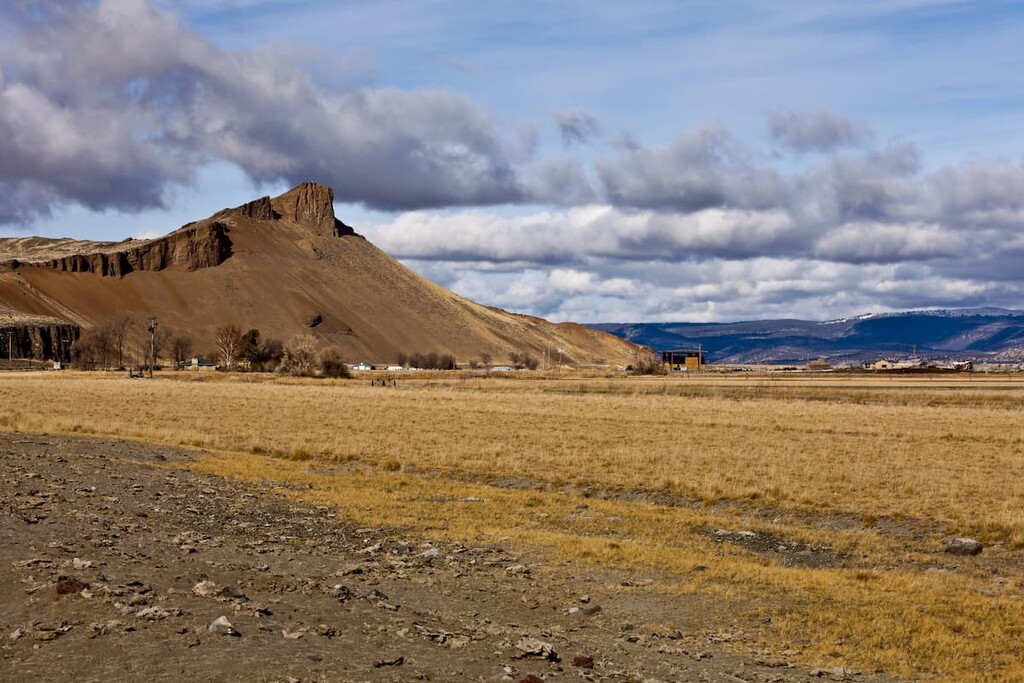 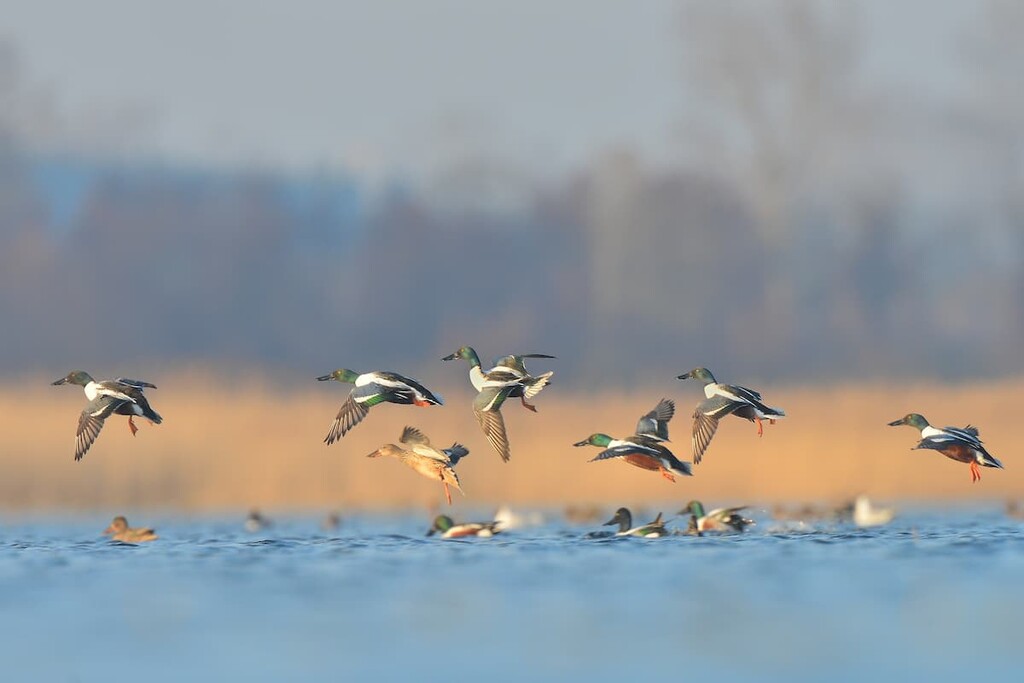 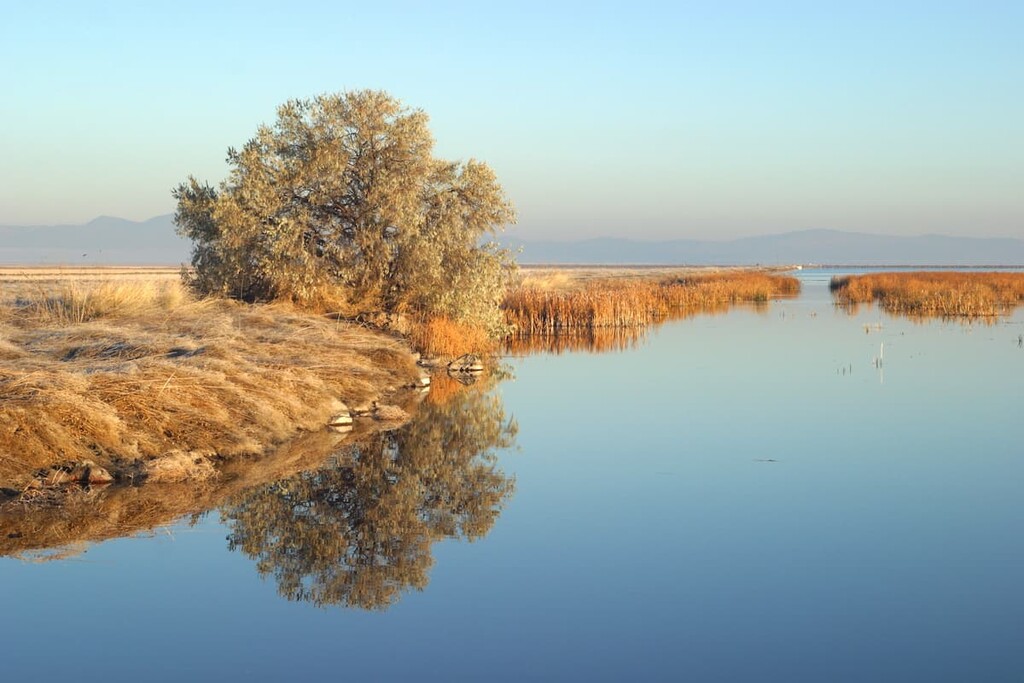 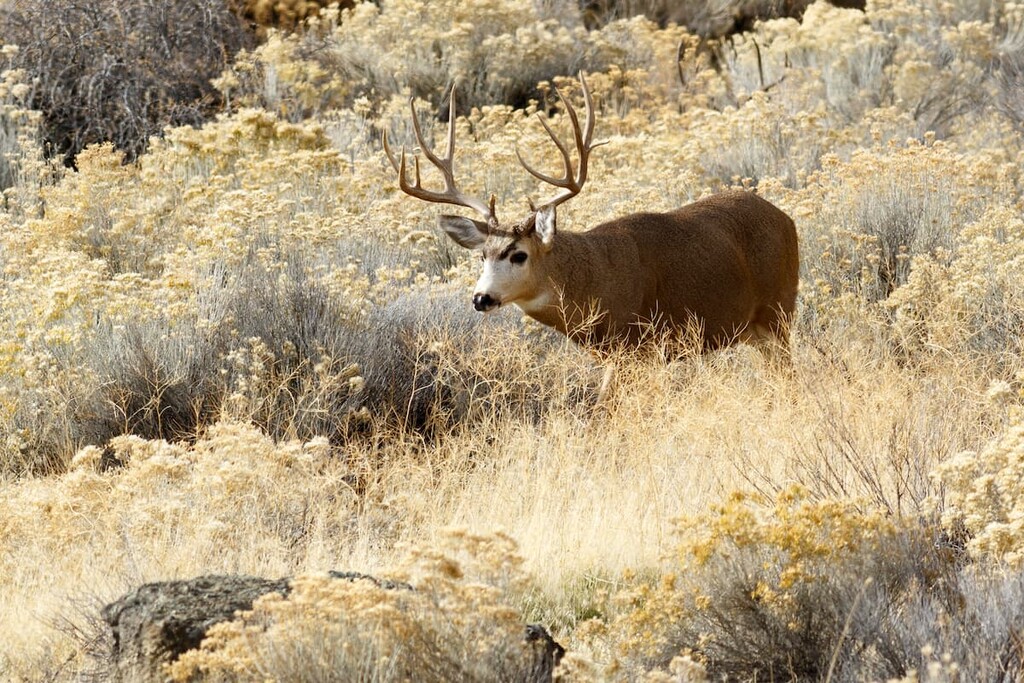 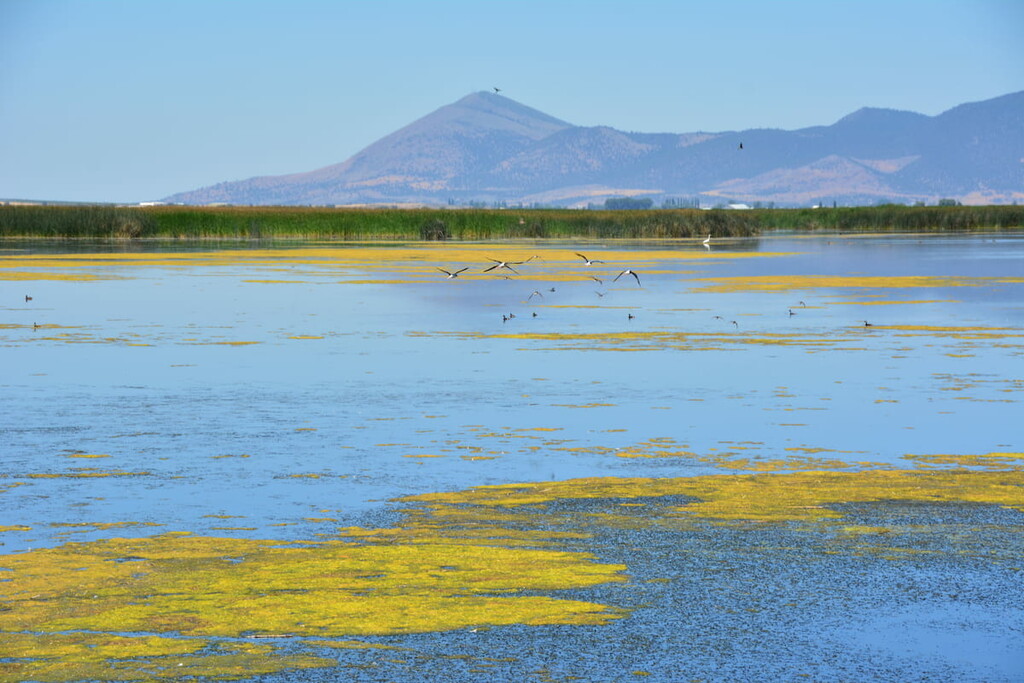 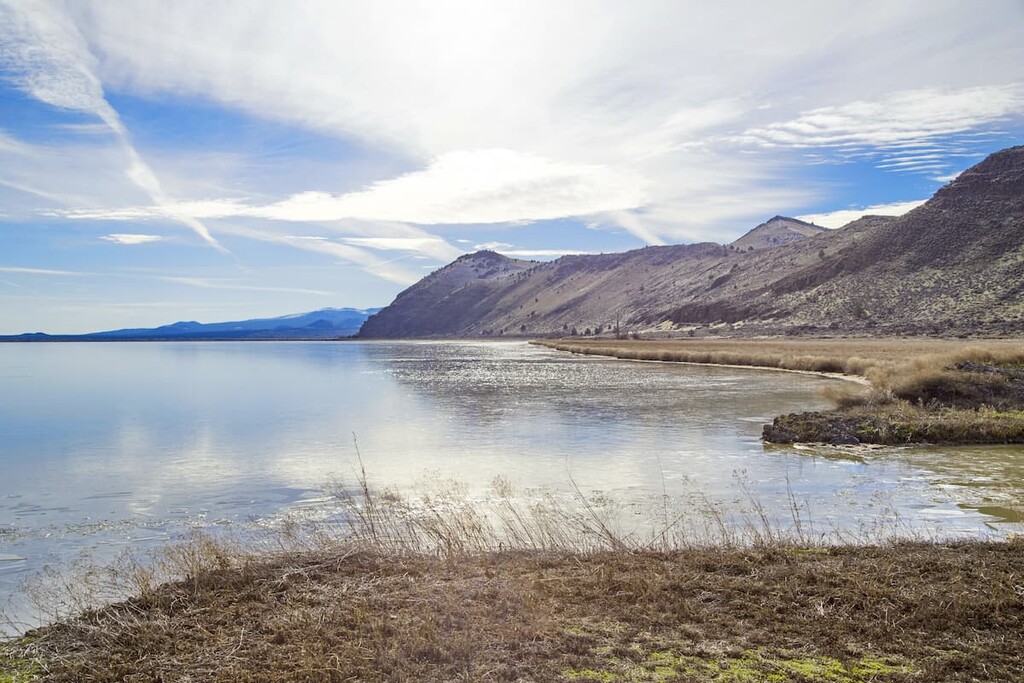