The Powderhorn Wilderness is a protected area located in the southwestern part of the US state of Colorado. The wilderness is situated in the Southern Rocky Mountains, which run throughout the western side of the state. The tallest and most prominent peak in the wilderness is Cannibal Point at 12,657 ft (3,858 m) in elevation and with 932 ft (284 m) of prominence.

The Powderhorn Wilderness lies in southwestern Colorado within the Southern Rocky Mountains. A portion of the wilderness is located in Gunnison National Forest while the rest is on land administered by the Bureau of Land Management.

The wilderness encompasses 62,050 acres (25,111 ha) of land, and it is surrounded by numerous other wilderness areas and national forests. Elevations in the wilderness range from 8,500 ft (2,600 m) up to the summit of Cannibal Point.

Much of the wilderness is marked by steep rolling hills. Dense patches of forest are often found in the wilderness along gentle slopes and near the bottoms of valleys. The forest tends to thin as elevations increase, giving way to alpine plateaus, scree fields, and barren summits.

A majority of the region is dominated by an expansive tundra landscape, high above the timberline. Rugged mountain peaks, ridges, and alpine lakes offer a scenic backdrop for the trails within the wilderness.

The tundra portion of the wilderness is recognized as one of the largest such regions within the contiguous United States.

These lava flows formed much of the landscape that we see today during a period of increased volcanic activity between 16 to 19 million years ago. This volcanic activity is thought to be some of the most recent activity in the entire region. The highest ridges formed from the Hinsdale Formation are the Calf Creek Plateau and the Cannibal Plateau.

Beneath these high plateaus lie volcanic rock that date back to the Oligocene eruptions. This age of rock is more likely to be exposed throughout the northern and western stretches of the wilderness.

The Powderhorn Wilderness was once heavily glaciated. As these glaciers retreated, they carved out the glacial cirques that can be seen today. These wide cirques are characteristic of both the wilderness and the national forest as a whole. Today, lakes have filled in many of the cirques, which are more commonly found in the northern side of the wilderness.

Alpine tundra dominates much of the landscape throughout the wilderness. The land at these lofty elevations is primarily populated by various grasses and forbs. Thickets of willow are also common amidst the rather low growing plants.

Lower elevations in the wilderness are dominated by subalpine fir, Engelmann spruce, and aspen. Meadows can be found amidst the forested patches, often containing similar flora to what is found within the tundra.

The lowest elevations in the wilderness are populated by ponderosa pine and sagebrush steppe.

The varying elevations found throughout the wilderness offer the ideal habitat for a multitude of creatures. During the summer populations of mule deer and elk explore the wilderness before retreating to lower elevations in the winter.

Other common animals found in the wilderness include black bears, mountain lions, bobcats, and coyotes. The tundra landscape and rock fields provide the ideal habitat for both marmots and pikas.

Humans have inhabited the region surrounding Powderhorn Wilderness for thousands of years, long before the arrival of European settlers.

The San Juan Mountains, which extend throughout southwestern Colorado, are part of the historical homelands of the Ute. The Ute traditionally migrated from place to place with the changes of the seasons, spending summers at higher elevations and traveling to the valleys during the colder months of the year.

As a result of their migratory lifestyle, the Ute created paths throughout the mountains that were used by numerous generations. These same paths would later be used by both Spanish and American settlers.

During the eighteenth century, Spanish conquistadors arrived in the region, traveling to the San Juan Mountains in hopes of mining silver and gold. By the 1820s, Americans of European descent arrived in the mountains and many of these settlers were fur trappers.

The trappers and traders in the region, such as Kit Carson, talked of the promise of gold throughout the San Juan Range. Shortly thereafter, in 1860, the Charles Baker Expedition discovered gold in the range, heralding the start of a gold rush in the region as a result.

Just over a decade later, in 1873, the Ute and the settlers negotiated the Brunot Agreement. The agreement gave the Ute 3.5 million acres (1.4 million ha) of land throughout the San Juan Mountains. This agreement also gave the Ute people the rights to hunt and gather on the surrounding land.

Despite the agreement, the settlers continued to murder, harass, and displace the Ute. A majority of the remaining Ute tribal members were forced onto reservations in southern Colorado.

Settlements in the region continued to grow during the gold rush. While many of these settlements would later turn into mountain towns, some were left completely abandoned, leaving ghost towns throughout the San Juan Mountains.

Best Hikes in the Powderhorn Wilderness

The Powderhorn Wilderness is home to relatively few maintained hiking trails. Here are some of the most popular hiking areas in the wilderness:

The route to Powderhorn Lakes is the most popular trail in the wilderness. The trail climbs southwest through the wilderness and through spruce trees before rising above the treeline. Round trip, the trail is 9.6 miles (15 km) long with 1,050 ft (320 m) of elevation gain.

After the initial climb, the trail dips down into a vast meadow of wildflowers. From there, the route boasts frequent changes in elevation before reaching Lower Powderhorn Lake. Hikers can then enjoy the pristine lake before heading back to the trailhead, or they continue a short way further to reach Upper Powderhorn Lake.

The lakes are surrounded by forests, small meadows, and steep scree cliffs. During the summer months, hikers can enjoy the plethora of wildflowers throughout the route.

The trail has a steep and steady climb up to the lake, passing through the dense forest before arriving in the tundra landscape.The route follows along the Devil’s Creek drainage, in between Cannibal Plateau and Calf Creek Plateau. Along the trail, hikers have views of both the Lake Fork Valley and Uncompahgre Peak.

The lake itself is situated in a wide bowl amidst a meadow between the two plateaus. Large flocks of sheep can often be found grazing along the sides of the lake.

Looking for a place to stay near the Powderhorn Wilderness? Here are some of the best cities and villages to check out in the region:

The city of Gunnison lies near the center of Gunnison National Forest, just to the north of the wilderness. The small city is home to 6,500 people, and is a hub for year round outdoor recreation. Besides being surrounded by a national forest, Gunnison is also located close to ski resorts, wilderness areas, and the Blue Mesa Reservoir.

During the warmer months of the year, locals and tourists alike can explore the hundreds of miles of surrounding trails by hiking, trail running, backpacking, and mountain biking.

The nearby Blue Mesa Reservoir is Colorado’s largest body of water, so it provides the ideal setting for various water sports. Black Canyon and Harmans Rocks Recreation Area is also home to over 8,000 acres (3,200 ha) of granite for rock climbers to enjoy.

Lake City lies directly west of the Powderhorn Wilderness, just to the north of Lake San Cristobal. The San Juan Mountains tower above the historic town, which lies at the southern end of the Colorado Mineral Belt. Originally established during the gold rush, Lake City is home to around 400 people.

Despite its small size, Lake City has a plethora of outdoor activities for visitors to enjoy. Popular sports in the surrounding mountains and waterways include hiking, camping, mountain biking, boating, and fishing. Lake City is also known for being one of the most remote towns in the continental states.

A small ski hill within the town is known as Lake City Ski Hill, and it has four ski runs. Visitors to the region can also enjoy ice skating on Lake San Cristobal during the winter months, or they can explore nearby groomed cross country trails. Lake City’s quaint downtown is also worth a stop for its local restaurants and shops during any time of the year. 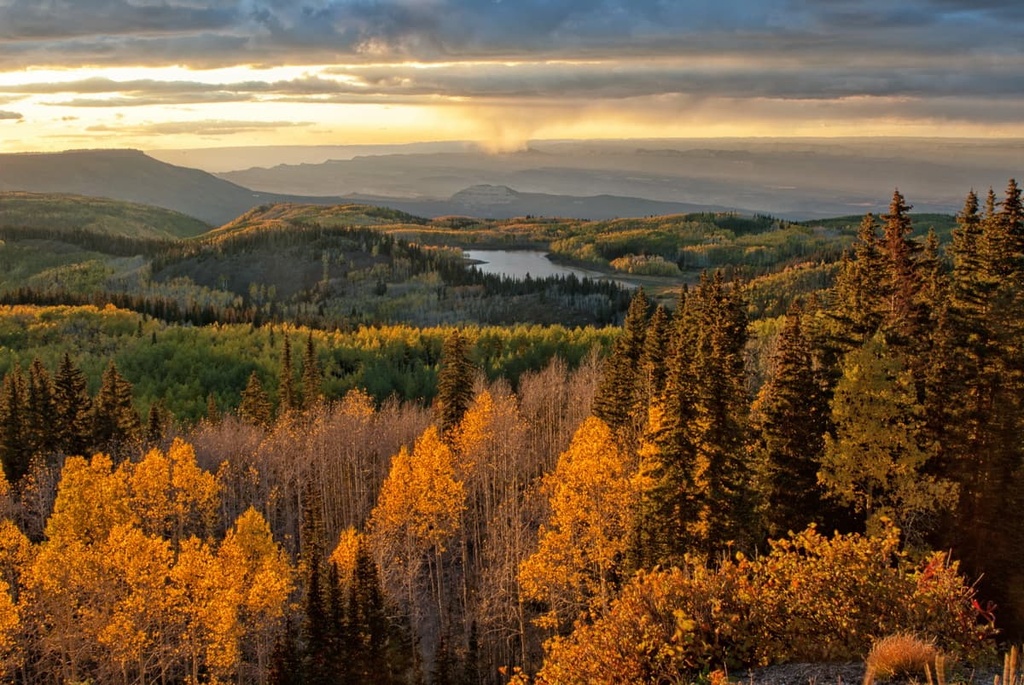 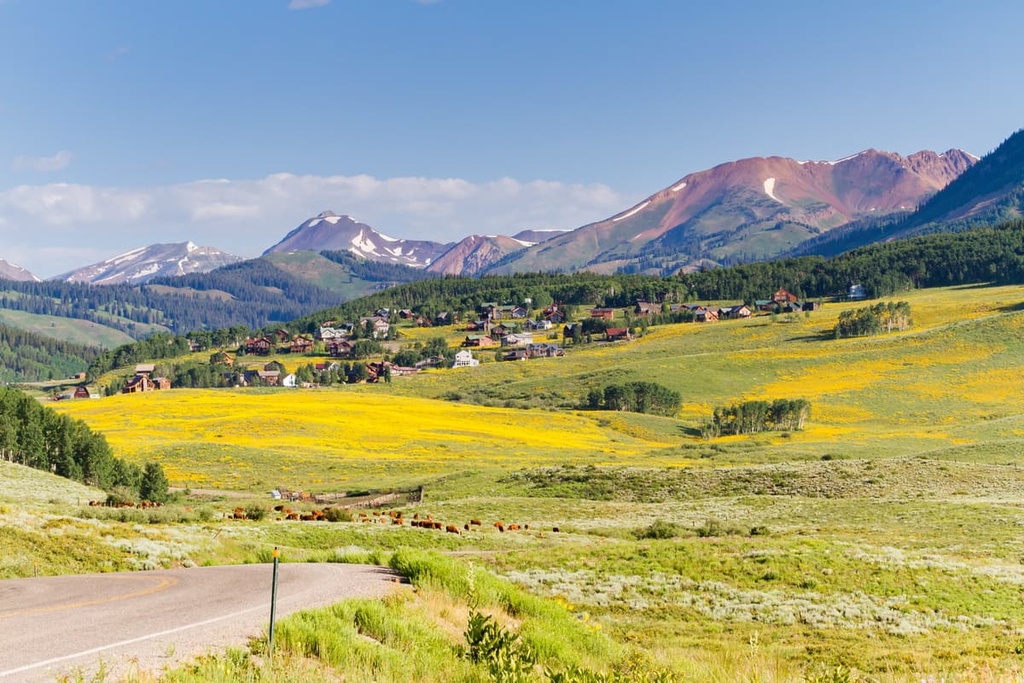