Located along the North Saskatchewan River, in central Alberta, Canada, Edmonton is the capital of the province of Alberta and is considered to be the gateway to the northern part of the province. While there are 2 highpoints in the city—McDougall Hill and Grierson Hill—they are located among the developed areas of downtown Edmonton. Much of the outdoor recreation in Edmonton is focused within and along the North Saskatchewan River Valley, which crosses the city. 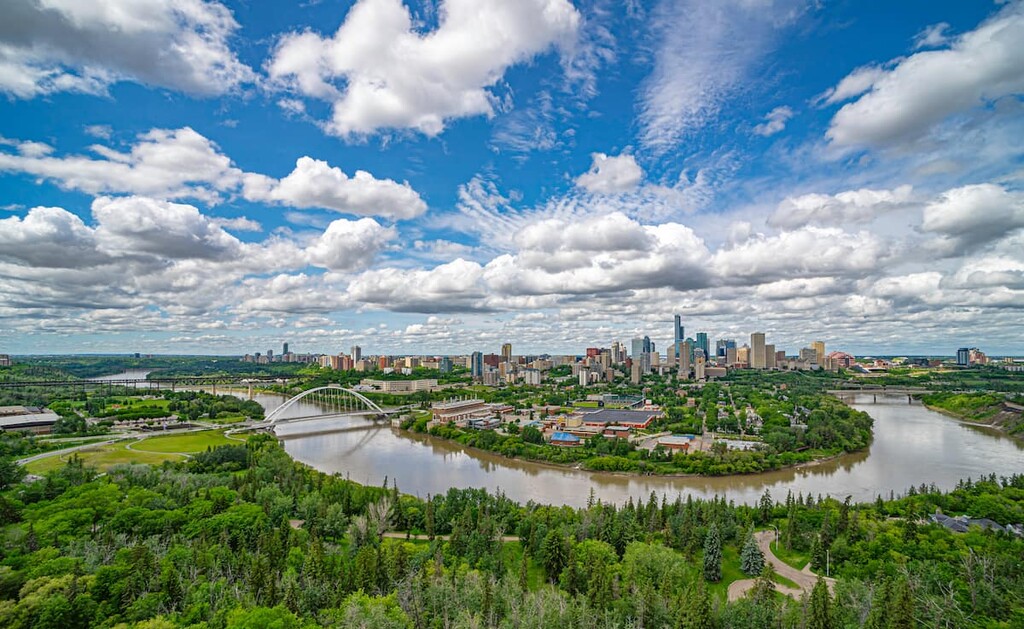 Edmonton is the capital city of Alberta, Canada and is North America’s northernmost metropolitan area with a population of over one million people. The city is the north end of the “Calgary–Edmonton Corridor,” which defines the most populated areas of the province.

The rocks that underlay Edmonton started to form hundreds of millions of years ago. Nowadays, they form relatively horizontal layers that can be easily seen from any major rocky outcropping. The oldest and deepest layers in the area are that of the Precambrian Canadian Shield, which forms a significant portion of Canadian bedrock.

On top of the Canadian Shield, layers of marine sediment were deposited over hundreds of millions of years when Alberta was covered by a shallow, tropical sea. Along the ancient shore, lush, tropical vegetation thrived, much of which would become the oil and gas reserves that underlay the region today.

The exposed layers of rock in and around Edmonton generally come from the Mesozoic era. The Mesozoic strata can be viewed while in the North Saskatchewan River Valley. Petrified trees have been discovered along the banks of the river, which are representative of the lush forests that once covered the region.

During the Pleistocene, Edmonton was covered in over 1 km (0.6 mi) of ice. As the glaciers were receding, the area was covered with the ancient Lake Edmonton which was walled on three sides by ice and covered around 5,000 square kilometers (1,864 square miles) of land.

Once the water of glacial Lake Edmonton found a low point under the dam, it is suspected that it took only a matter of weeks for the lake to drain. The force of the water flow ate away at the ground below and melted the ice above. This quickly allowed the water to drain south into the Battle River where the torrent carved deep channels.

Edmonton is in the Central Parkland ecoregion of Alberta, which is characterized by grass-filled rangeland with scattered stands of aspen and poplar. The Parkland Natural Region is the most densely populated natural region in Alberta and it has been extensively farmed and ranched since the 1800s. Around Edmonton, the grasslands and the aspen and poplar stands create a mosaic across the landscape.

Winters around Edmonton are cool, and the area doesn’t have the benefit of the Chinooks that grace the prairies and eastern slopes of the Rockies in the south. Parkland is a transitional area between the boreal forest and the prairies, and the variety of animal species reflect this transitional nature. Richardson’s ground squirrel and plains spadefoot toad of the grasslands are found alongside the boreal snowshoe hare, moose, or northern flying squirrel.

While the grasslands and stands of trees dominate the parkland landscape, there are many rivers and lakes in the area and wetlands cover nearly 10 percent of the Central Parkland environment. Diving ducks, grebes, American bittern, marsh wren, and the black tern nest in the Parkland wetlands. The wetlands also host the boreal chorus frog, wood frog and the Canadian toad.

Towards the end of the Pleistocene, an ice-free corridor opened between the cordilleran and continental ice sheets along the eastern slopes of the Rocky Mountains. It was about 12,000 years ago that the last glacial period ended in the Edmonton area, and, as a result, timber, wildlife, and water became available to begin supporting settlements and human habitation.

View of the Legislature Building

While it’s possible that people came to the Edmonton area as early as 10,000 years ago, the archaeological evidence is certain that people inhabited and hunted in the region by at least 3000 BCE. There are many culturally significant sites around Edmonton, especially along the North Saskatchewan River.

Cultural sites at Riverbend and Strathcona are representative of typical areas that were used for camping, hunting, quarrying stone, and making tools. A variety of stone tools have been recovered from these sites, such as scrapers, projectile points, and hammerstones, all of which give insight into the lives of the original inhabitants of what is now Edmonton.

The first recorded time that Europeans entered the area around what is now Edmonton was in 1754 when Anthony Henday was seeking contact with the Indigenous people across the prairies. While working for Hudson’s Bay Company, Henday explored the west as he sought to further the fur trade for the company. By 1795, Fort Edmonton was established on the north bank of the North Saskatchewan River and would signal the European arrival and gradual settlement of the region.

With the arrival of the Canadian Pacific Railway in southern Alberta in 1885 and the Calgary and Edmonton Railway in 1891, settlers and entrepreneurs were able to easily get to Edmonton from eastern Canada. The fertile soil and cheap land attracted settlers, further establishing Edmonton as a major commercial and agricultural center.

Edmonton was first incorporated as a town in 1892 with a population of 700 and then a city in 1904 with a population of 8,350. When Alberta became a province of Canada in 1905, Edmonton became the capital city. Over the following decades the city grew, despite some setbacks during the First World War.

The Edmonton City Centre Airport opened in 1929 and was Canada’s first licensed airfield. The city and airport became a major staging center for distributing food, mail, medicine, and supplies to northern Canada and became known as the Gateway to the North. Edmonton is still a major staging area for the massive oil and gas projects that occur in northern Alberta.

Although the city itself isn’t terribly mountainous, Edmonton has some beautiful lakes and river areas to explore. The following are some ideal places to enjoy the wilderness in and around Edmonton.

Many of these trails are paved or gravel trails; however, some are singletrack and may get muddy in inclement weather. The hikes into and around the river valley can make you feel like you’re outside of the city and in the wilderness.

Elk Island National Park is located only 40 km (24 mi) east of Edmonton on Highway 16. The park is home to an elk and bison refuge as well as dozens of different bird species. There are many trails in the parks that lead through different habitats and landscapes and the trails are generally flat and through rolling hills with insignificant grade and elevation gain.

Some of the trails that are worthwhile to check out, whether hiking, cycling, or horseback riding, are the casual Amisk Wuche Trail and the Living Waters Boardwalk, the latter of which traverses boardwalks through marsh and forest. Some moderate hikes that allow for good bison and wildlife viewing are the Hayburger Trail, Simmons Trail, Shirley Lake Trail, and the Moss Lake Trail.

The best times to see wildlife in the open are during the morning and the evening. The bison tend to take cover in the trees during the day, making them harder to spot. The park is also a designated dark sky preserve which makes it a fantastic place to look at the stars and the northern lights.

The provincial parks near Edmonton have many worthwhile hikes to enjoy as well as camping facilities. While the closest mountainous park is Jasper National Park, the provincial parks at Wabamun Lake, Miquelon Lake, and Pigeon Lake all have beautiful wilderness areas to explore.

Cities and towns around Edmonton

Edmonton is the capital of Alberta and one of the two major cities of the province. The following are a couple places that are close to Edmonton and mountain wilderness adventures.

Jasper, Alberta is located about 364 km (218 mi) west of Edmonton. Jasper is the destination for Edmontonians who are looking for mountain adventures.

First established by the Hudson’s Bay Company in 1813 as a fur trade outpost, Jasper National Park was designated in 1907 to preserve the beautiful wilderness and the townsite was moved to its current location in 1913.

Some of the popular destinations from Jasper include the beautiful Maligne Lake, the Columbia Icefield, the stunning Athabasca Falls, as well as countless hikes and trails around the town. Jasper National Park is a beautiful wilderness area similar to Banff National Park; however, the crowds tend to be smaller than the national parks to the south.

Calgary is located about 300 km (180 mi) south of Edmonton, and it is the largest city in Alberta. Calgary is located on the southern end of the Edmonton-Calgary Corridor, which is the most populated region of Alberta.

Calgary hosts many festivals and has many cultural attractions. The most famous Calgary event is the annual Calgary Stampede, the self-proclaimed “Greatest Outdoor Show on Earth.” Running for 10 days every July, the Stampede has a midway, shows, concerts, rodeo, chuckwagon races, as well as the nightly Grandstand Show and fireworks.

Calgary also has hundreds of kilometers of paved paths around town that follow the Bow and Elbow Rivers, cross Nose Hill, and go around the Glenmore Reservoir and Fish Creek Provincial Park connecting all the major parks and green spaces. Other nice places for a walk or cycle are at Prince’s Island Park, Bowness Park, and the Inglewood Bird Sanctuary. 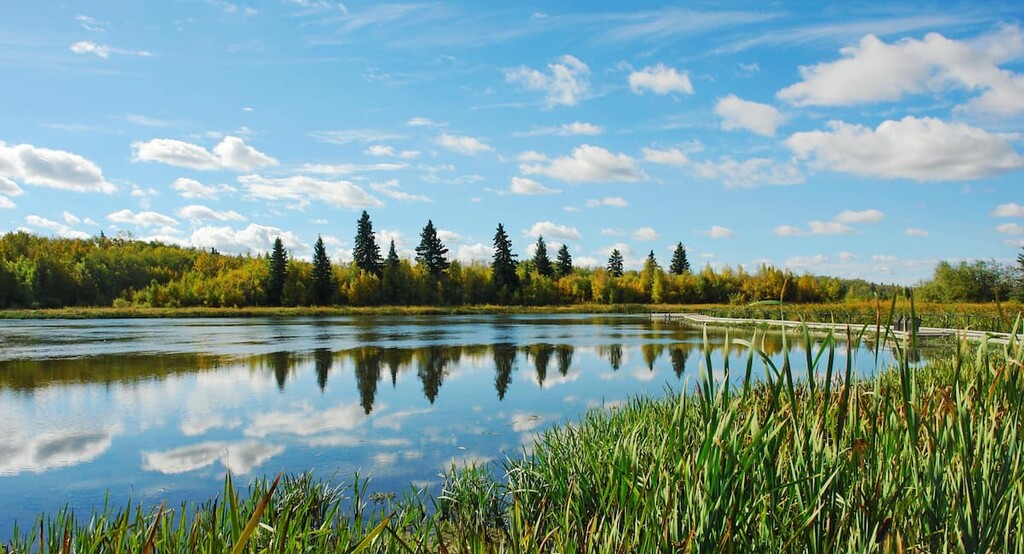 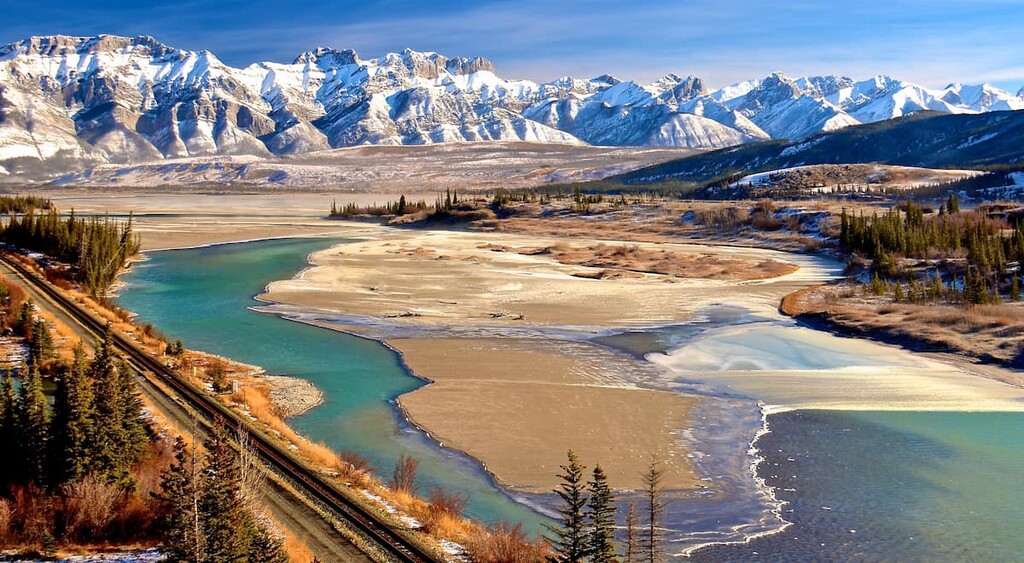 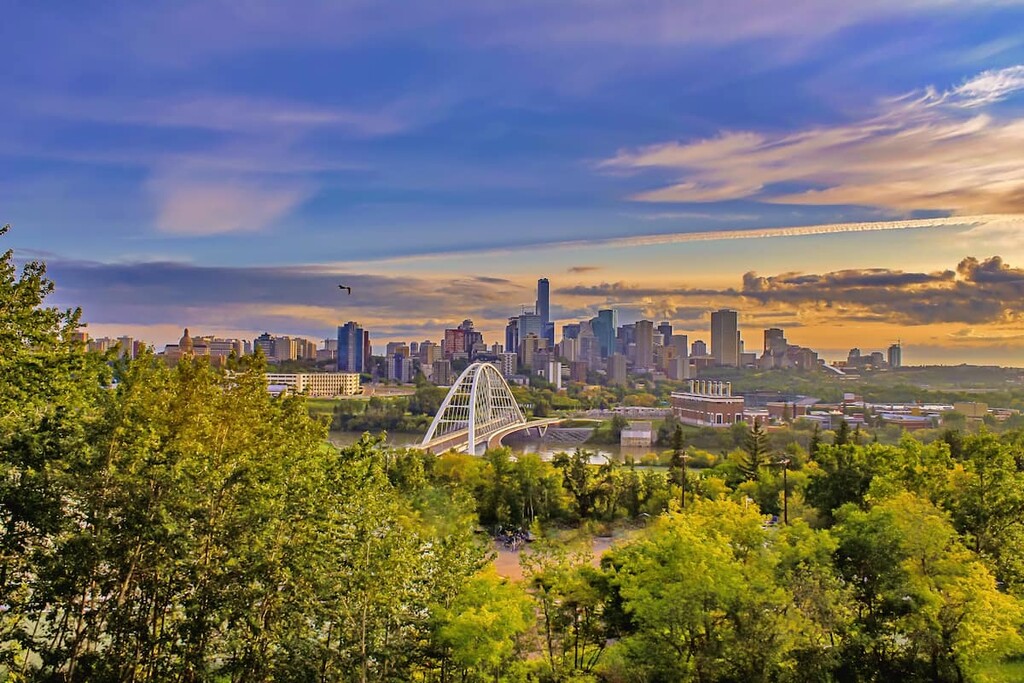 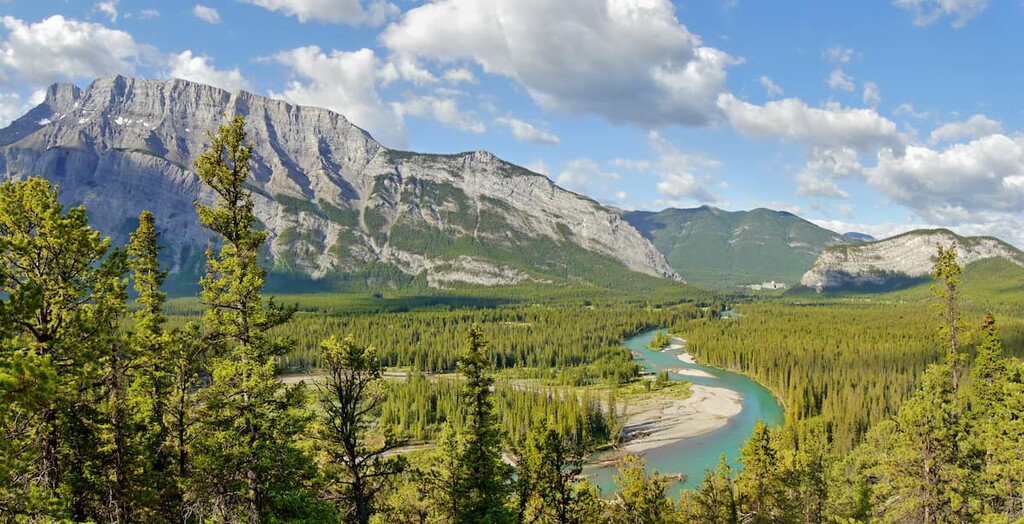 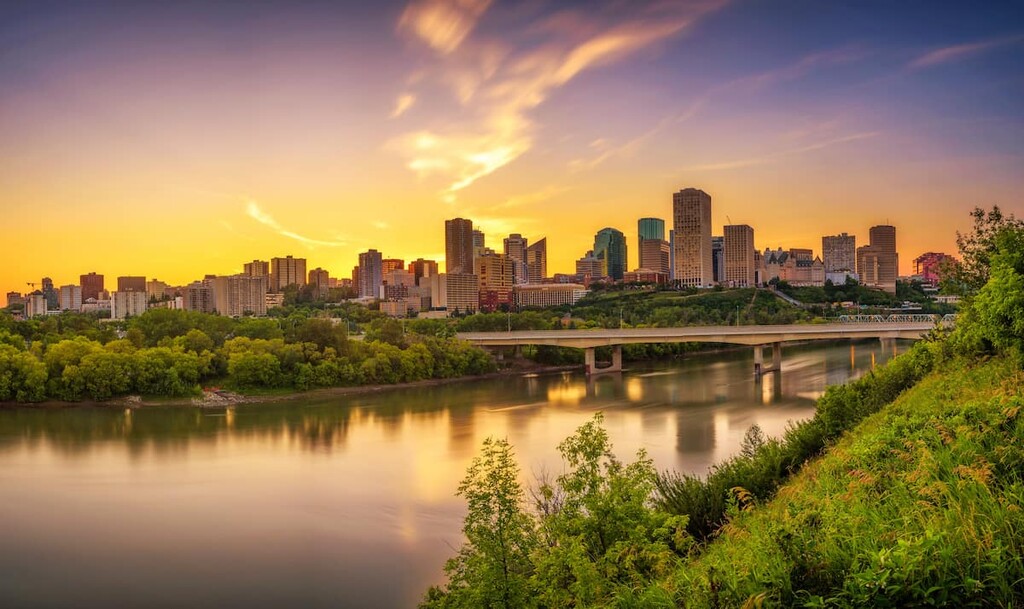