The Central Coast Regional District is an administrative district located along the west coast of the province of British Columbia in western Canada. It features over 236 named peaks as well as coastal islands, rugged wilderness, majestic fjords, and beautiful rivers and lakes. The tallest and most prominent mountain in the regional district is Monarch Mountain which is 3,555 m (11,663 ft) tall with 2,921 m (9,583 ft) of prominence. 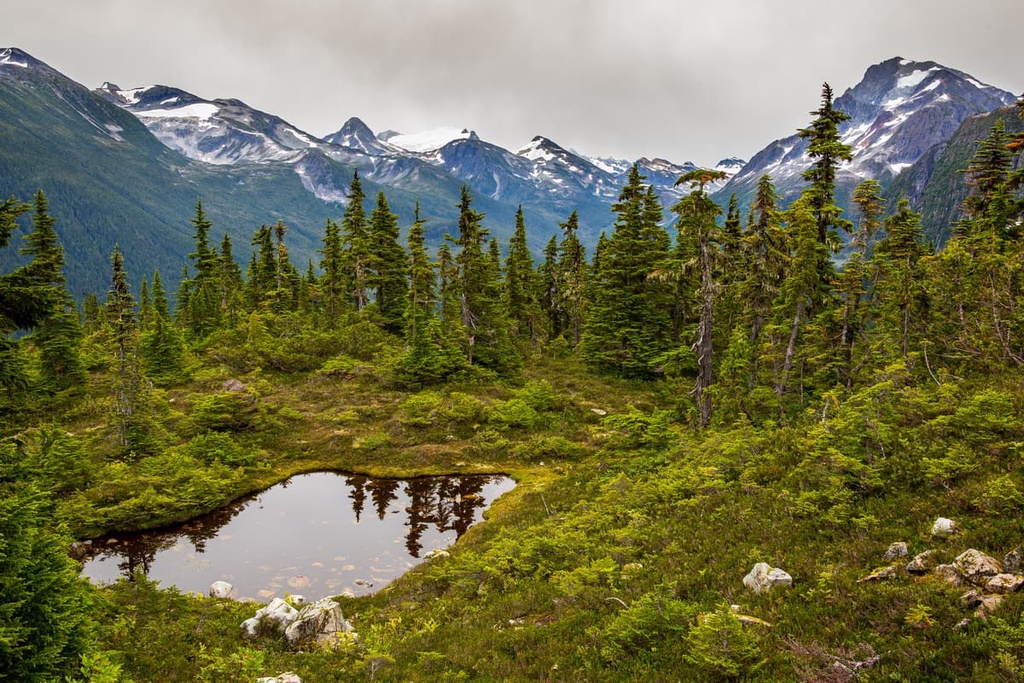 The aptly named Central Coast Regional District is located along the central coast of British Columbia in western Canada. The district includes the coastal islands and mainland to the north of Vancouver Island. There are over 230 named peaks in the region, 9 of which are ultra-prominent peaks with over 1,500 m (4,920 ft) of prominence.

The Central Coast Regional District is unique in British Columbia in that there are no incorporated municipalities in the district. The government of the district is managed by a board of directors. In fact, each of the five electoral areas elects a member to the District’s Board of Directors.

The Central Coast Regional District includes the southern part of the Kitimat Ranges and the northern mountains of the Pacific Ranges. In fact, the approximate border between the ranges is at Bella Coola. The Kitimat and Pacific Ranges can be characterized as granitic mountains that were heavily glaciated during the Pleistocene.

The Kitimat Ranges are typically lower in elevation than the surrounding mountain ranges. While there are no extensive ice fields in the ranges, there is evidence of heavy glaciation during the Pleistocene. There is impressive cirque glaciation along the west side of the range where cirque glaciers eroded the landscape down to the current sea level.

The topography of the region includes domed mountains with Matterhorn-like projections that would have stood high above the level of the Pleistocene ice sheet. The glaciation also created the rugged and deep penetrating fjords that are characteristic of the coast of British Columbia.

There are three ecological zones in the Central Coast Regional District, each of which is characterized by its dominant plant species. The highest elevations are part of the Coastal Mountain-Heather Alpine, where extensive communities of heather grow on otherwise barren peaks.

The tree line is a mosaic of meadows and scattered trees that become a dense forest at lower elevations. The subalpine is a thin band of the Mountain Hemlock Zone that is dominated by forests of mountain hemlock and amabilis fir.

The lowest elevations in the region are covered by the dense forests of the Coastal Western Hemlock Zone, which are the temperate rainforests of coastal British Columbia. Western hemlock and amabilis fir are the typical trees of this zone; however, the old growth forests contain some of giant Douglas fir and western red cedar trees.

Sitka spruce dominate the coastal fringe because they have adapted to the salty ocean spray that occurs throughout the coastal areas of the region. Douglas firs in the area can grow to be nearly 100 m (328 ft) tall in the old growth forests. Meanwhile, giant red cedars can reach 4 m (13 ft) in diameter. The old growth forest provides habitat for many animal species.

Grizzly and black bears, elk, moose, cougars, deer, wolves, coyotes, foxes, and many more mammals can be found in the regional district. There are also multiple species of woodpeckers, owls, eagles, and hawks that inhabit the mountains and forests of the Central Coast Regional District.

The coastal regions of the Kitimat and Pacific Ranges have been inhabited by humans for nearly 14,000 years. The Central Coast Regional District is part of one of northern North America’s oldest continuously occupied regions.

The Central Coast Regional District is the traditional territory of the Coast Salish. The abundant coastal resources allowed many Indigenous cultures to thrive in the region.

Unfortunately, the arrival of European travelers in the sixteenth century started a period of smallpox epidemics. Smallpox killed an estimated 90 percent or more of the region’s Indigenous communities.

Although the area was once one of the most densely populated regions of western North America to the north of what is now Mexico, there are now fewer than 4,000 people in the nearly 25,000 square kilometers (9,500 square miles) of the Central Coast Regional District.

The Central Coast Regional District includes the rugged coastline of British Columbia where fjords penetrate deep into the mainland, mountain peaks tower above tidal waters, and animals inhabit the ancient coastal forests. While most of the district is difficult to access, the following are some of the popular hiking areas in the district:

Located in the northwest of the Central Coast Regional District, Tweedsmuir Provincial Park is one of the largest of the hundreds of provincial parks in British Columbia. Fishing, hiking, camping, horseback riding, and canoeing the Turner Lake Chain are the most popular activities in the park.

The most popular trails in the region include the Rainbow Range Trail, Hunlen Falls Trail, Rosemary Pass Trail, Mount Marvin Loop, and the Valley Loop Trail. Other destinations include Molly and Echo Lakes, the Big Rock Viewpoint, and Ptarmigan Lake.

The Hunlen Falls Trail is popular as a backpacking excursion as it is about 52 km (31 mi) long round trip. It takes you past beautiful lakes and through peaceful forests to the stunning Hunlen Falls. The trail is recommended for experienced hikers, though extra caution should be taken to avoid wildlife encounters as bears are especially prevalent in the area.

The small community of Bella Coola is surrounded by breathtaking granite mountains and stunning forests. The following are some of the noteworthy hikes and destinations around the community:

There is a community named Bella Coola; however, the name typically refers to the entire valley area at the end of Highway 20. Bella Coola is the location of the regional offices for the Central Coast Regional District. It earned this honor after Ocean Falls became a ghost town when the paper mill shut down.

Some of the popular attractions of the area are the heliskiing tours, wildlife tours, and tours of the Petroglyph Gallery. Additionally, some popular hiking trails and natural attractions include Odegaard Falls, Clayton Falls, and the Snootli Creek Regional Park.

Located at the junction of Highway 97 and Highway 20, the municipality of Williams Lake was originally established for its place at the crossroads of two pack trails leading to the Cariboo goldfields.

The city is about 450 km (270 mi) from Bella Coola along Highway 20 and is one of the last major towns that you’ll see before heading toward the remote west coast of the Central Coast Regional District. 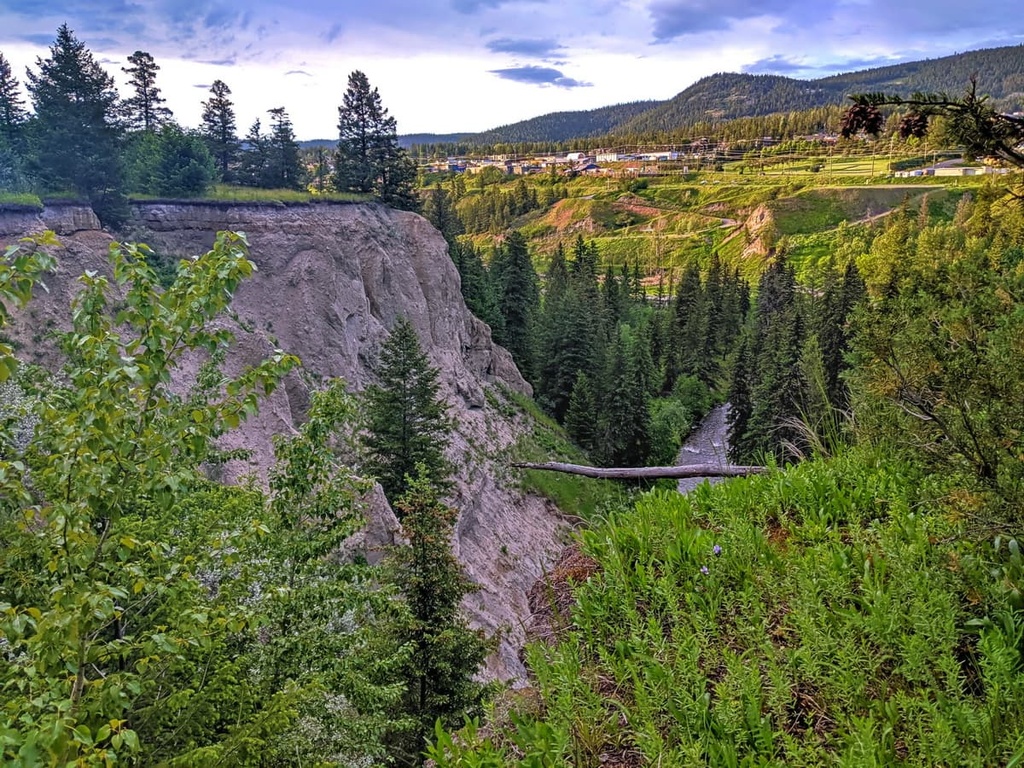 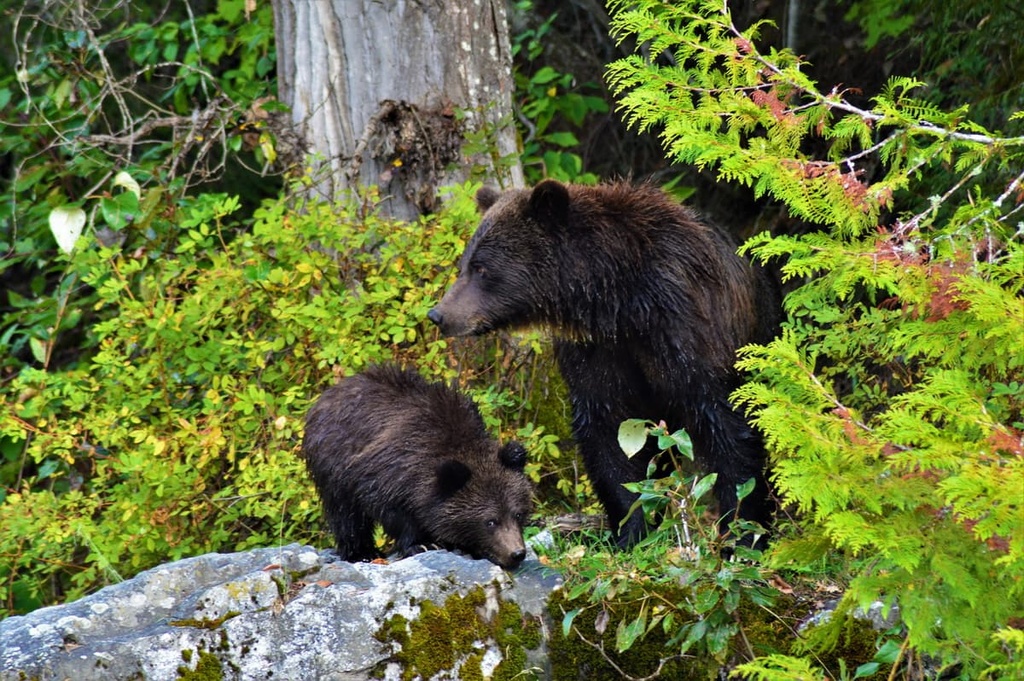 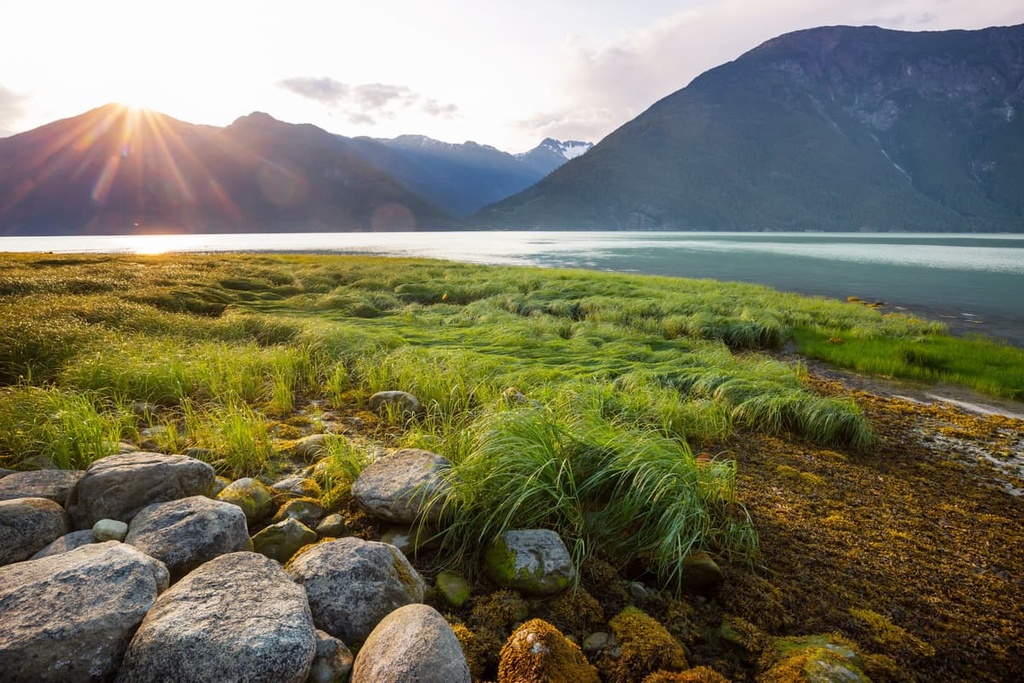 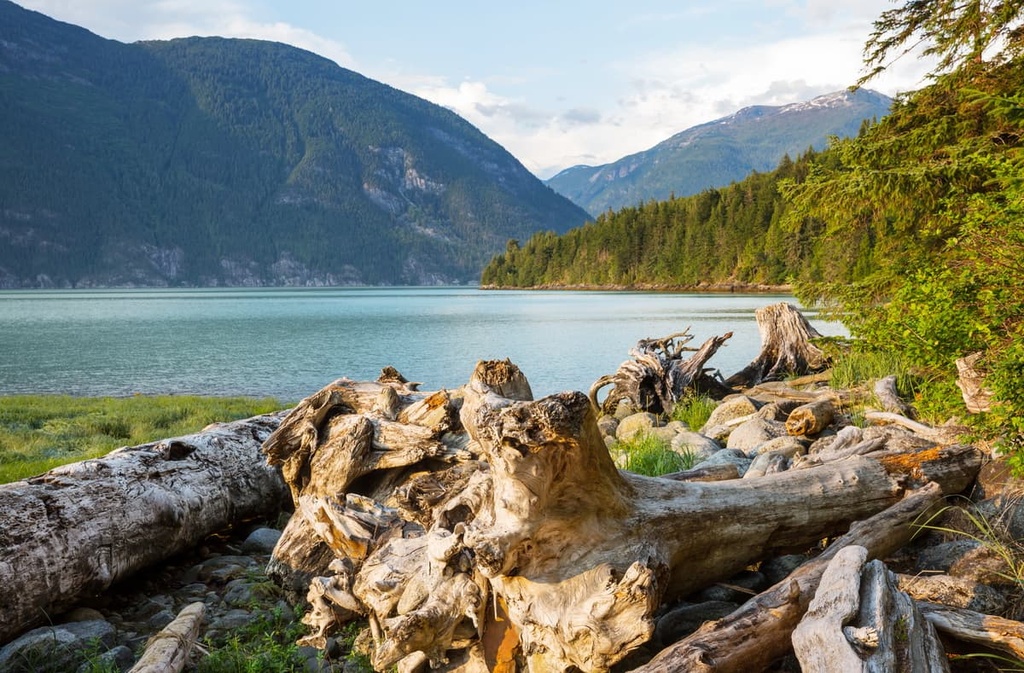 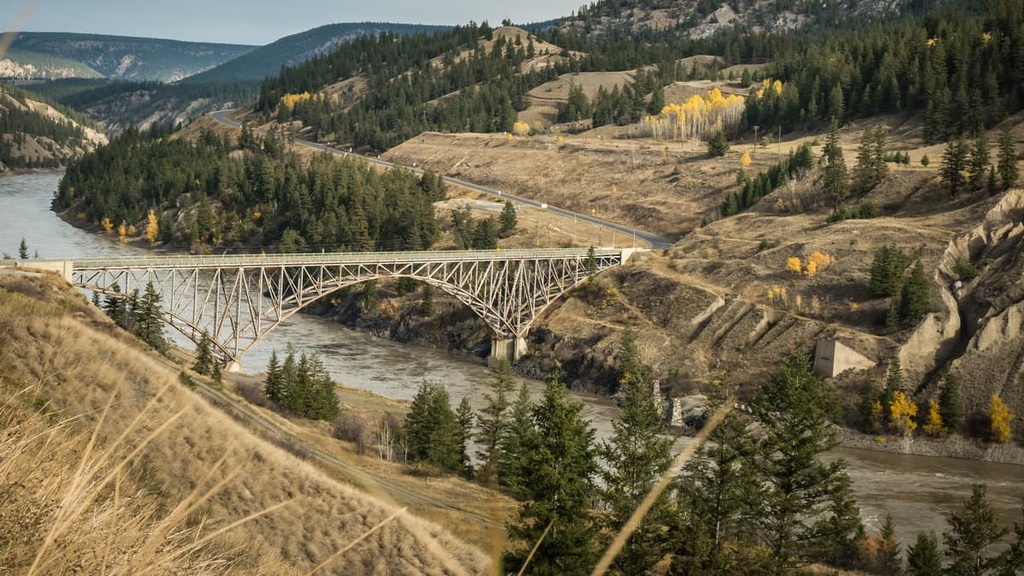 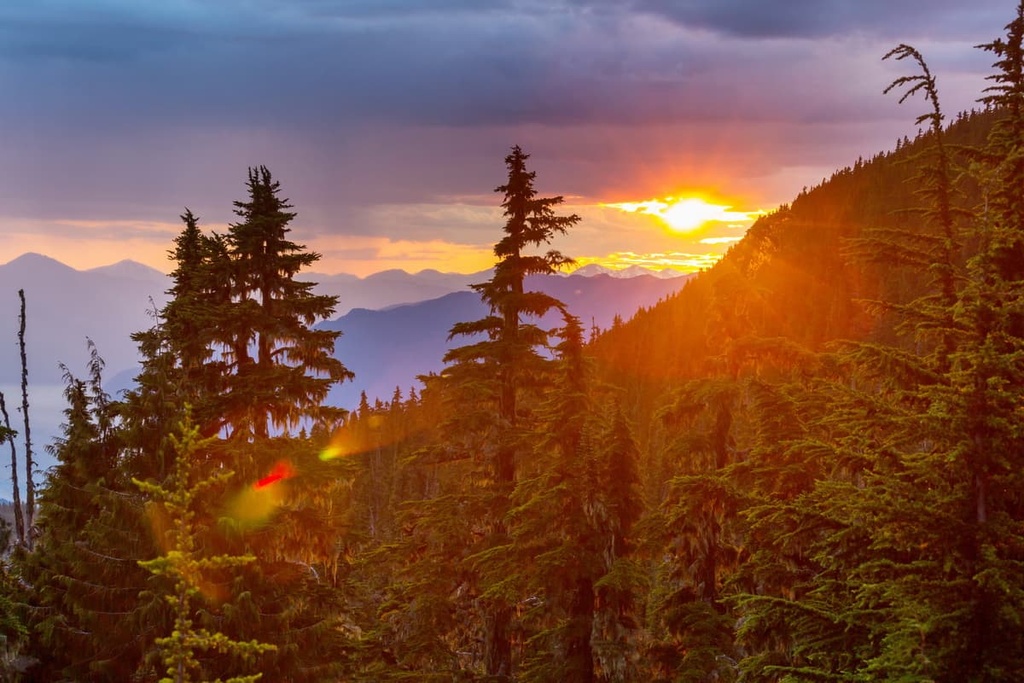 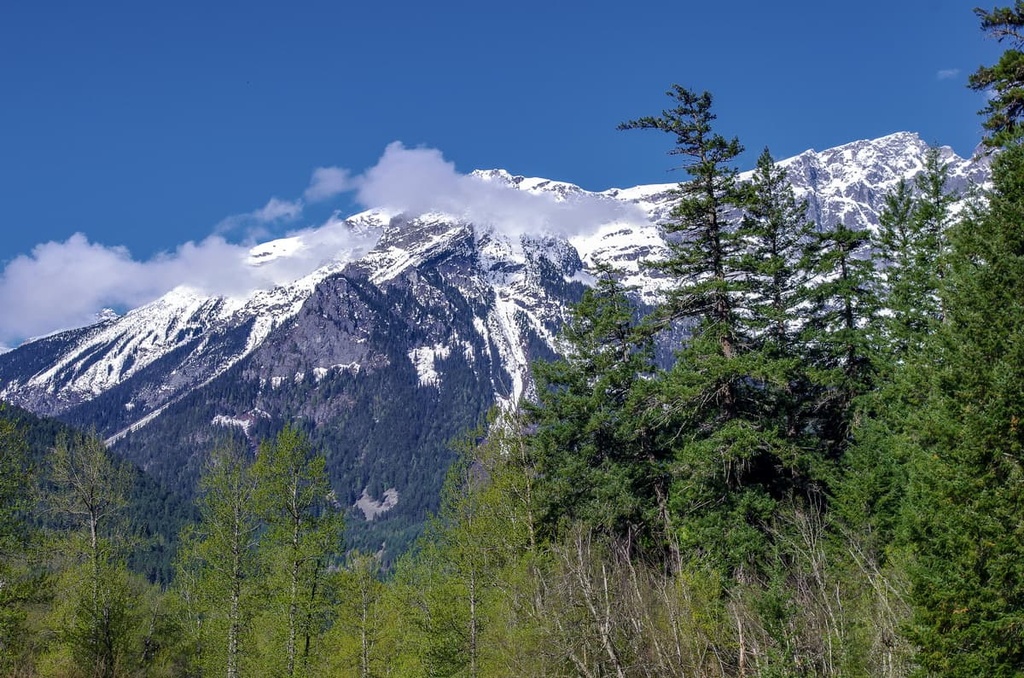