The Blackfoot Mountains are a mountain range situated in the southeastern part of the US state of Idaho. The Blackfoot River winds through the mountain range and is the major feature in the region. There are 35 named mountains in the range, the tallest and most prominent of which is Camp Peak at 7,733 ft (2,357 m) in elevation and with 1,332 ft (406 m) of prominence. 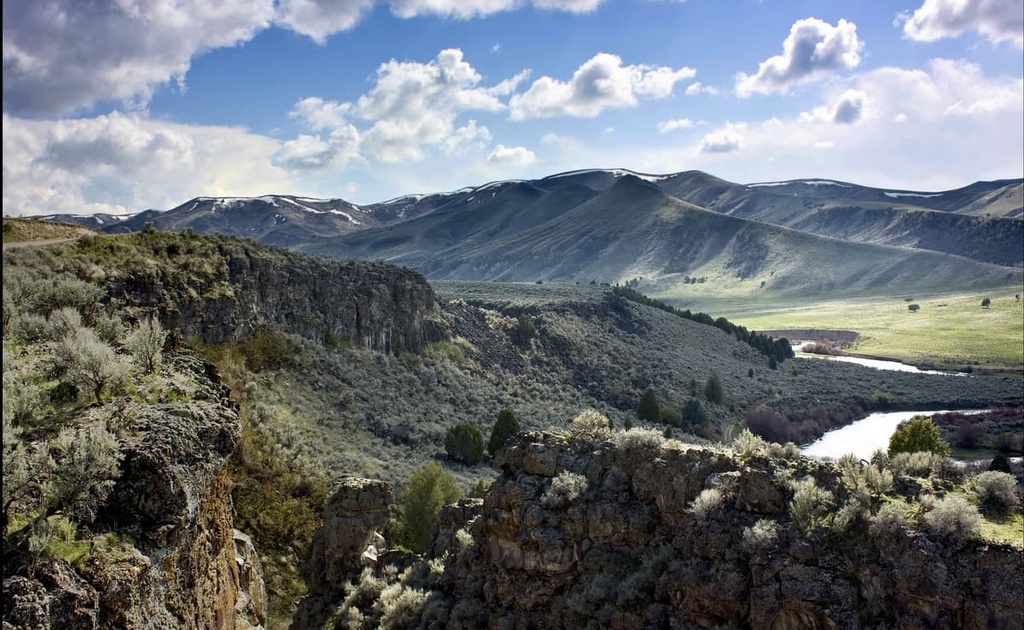 The Blackfoot Mountains are situated in southeastern Idaho. The Blackfoot River, a tributary of the Snake River runs through the heart of the range.

The range is marked by rolling hillsides that give way to shallow canyons. The barren landscape in the region has minimal forest coverage in the north-south trending mountain range.

To the west of the range lies the flatlands of Idaho, while the Greater Yellowstone Rocky Mountains are located to the east. Furthermore, the peaks of the Blackfoot Mountains mark the western foothills of the Western Rocky Mountains.

These small bodies of water help create microclimates within the otherwise barren range. Many of these canyons can be found along the western edge of the range while elevations rise in the east.

Wolverine Canyon, which is home to Wolverine Creek, is one of the most prominent canyons within the range. A majority of the plant life in the region can be found near small streams like Wolverine Creek.

For the most part, the Blackfoot Mountains are located on land that’s either privately owned or managed by the Bureau of Land Management (BLM). However, a portion of the range is located on the lands of the Fort Hall Reservation of the Shoshone-Bannock Tribes and some of the land around Blackfoot Reservoir is managed by the Bureau of Indian Affairs.

The Blackfoot Mountains are a subrange of the Western Rocky Mountains. The Laramide orogeny was the primary mountain building event that formed these ranges around 80 to 55 million years ago.

As the Farallon plate was subducted underneath the west coast of North America, the land was thrust upward, forming the Rocky Mountain range. This immense pressure led to the thrust faulting that helped create the Blackfoot Mountains.

During the Pleistocene epoch, the Blackfoot Mountains and surrounding landscape were heavily glaciated. As the glaciers retreated, they carved out the canyons and hillsides that are visible in the range today.

The Blackfoot River and its tributaries further carved out the landscape, forming the canyons and the gentle rolling slopes that now dominate the landscape. For example, landmarks such as Wolverine Canyon, showcase the erosion that continues to occur within the range.

The peaks within the Blackfoot Mountains consist primarily of basalt. This volcanic rock in the range is millions of years old. The continual pressure of the region helped shape the porous stone into the sweeping hillsides.

Though the Blackfoot Mountains may appear quite barren, they are home to a variety of flora and fauna.

Due to the minimal amounts of forest cover in the region, larger mammals usually find protection in the nearby Caribou–Targhee National Forest. Here, there are sizable populations of moose, elk, mule deer, bison, black bear, and wolves.

Cougars and the American antelope also roam the landscape. These animals occasionally make their way into the Blackfoot Mountains, though mule deer and elk are much more common sights. Populations of peregrine falcons are on the rise in the range, too, after being endangered for many years.

The Blackfoot Mountains are the traditional homelands of the Shoshone and Bannock tribes. The Shoshone originated in the Great Basin while the Bannock are believed to have arrived in the region from what is now eastern Oregon.

During the early 1800s, settlers of European descent began establishing homesteads and communities in the region. Settler communities grew in population as fur trappers and traders arrived in droves. Fort Hall was created in 1834, becoming one of the first permanent establishments in the region.

As the fur trading industry began to subside, For Hall became a stopping point for those traveling along the Oregon Trail. During the gold rush of the 1860s, the population of the area surrounding the Blackfoot Mountains rose dramatically.

The city of Potacello was established in 1889. It was named after Chief Pocatello of the Shoshone Tribe. As the gold rush began to subside, irrigation of the Snake River allowed agriculture to thrive in the region.

However, in the aftermath of the conflict, in 1868, the Shoshone and Bannock Tribes, under the leadership of Chief Pocatello, signed the Fort Bridger Treaty of 1868. Under the terms of this treaty, the Shoshone-Bannock Tribes were removed from their far-reaching ancestral homelands.

Afterard, the US government substantially reduced the lands of the Fort Hall Reservation and sold much of it to settlers. The Shoshone-Bannock Tribes then fought another armed conflict with the US military in 1878 in what is now called the Bannock Wars. There were many events that led to the start of the war, though the poor living conditions on the Fort Hall REservations were a major factor.

Beginning in the 1880s, the region became a large exporter of potatoes and several other crops. In order to protect the pristine landscape of the region, many of the national parks and forests that surround the Blackfoot Mountains were established at the beginning of the twentieth century.

The Blackfoot Mountains are home to numerous hiking trails. Here are some of the most popular hiking areas in the region:

The Mount Moh Trail is located near Lava Hot Springs, Idaho. The route is 2 miles (3.2 km) with 1,167 feet (356 m) of elevation gain. The out and back trail winds through fields of wildflowers before climbing up Mount Moh.

From the summit, hikers have panoramic views of the surrounding landscape, including the Blackfoot Mountains and the snow-capped Rocky Mountains in the distance.

The Bailey Creek Springs trail is a 3.6 mile (5.8 km) loop with just 495 feet (151 m) of elevation gain. The route allows hikers to pass through one of the few forested sections within the Blackfoot Mountains. During the winter months, the trail can also be used for snowshoeing.

The South Fork of Tin Cup Creek is one of the longer routes in the range with a total distance of 10 miles (16 km) and 967 feet (295 m) of elevation gain. Though the route is often completed in one day, many hikers also use the trail for backpacking.

The route follows Tin Cup Creek through wildflower meadows and stands of pine trees. You can often spot herds of sheep on the route, too.

Located near Firth, Idaho, lies the Wolverine Canyon Loop. The trail is 3 miles (4.8 km) long and has 1,230 feet (374 m) of elevation gain. The trail is not well marked and it follows a rough route through the canyon.

Along the way, hikers have views of the shrub-covered rolling hills that define the region. Rocky hillsides are common throughout the trail, especially near the canyon.

Looking for a place to stay near the Blackfoot Mountains? Here are some of the best cities and villages to check out in the region:

The city of Pocatello lies to the southwest of the Blackfoot Mountains. Pocatello is named after Chief Pocatello, one of the most prominent leaders of the Shoshone during the nineteenth century. Today the city has a population of around 56,000 people.

As the fifth largest city in the state, the city has been ranked as one of the best small places for business in the region. Idaho State University is located in Pocatello and is the city’s largest employer. Besides hiking trails, the city is also located near an abundance of rock climbing and fly fishing opportunities.

To the northwest of the Blackfoot Mountains lies Idaho Falls, the largest city in the state outside of the Boise metropolitan area. The city is home to around 65,000 people and is the cultural hub of Eastern Idaho.

The Snake River runs through the city with a greenbelt following alongside it. The downtown is home to the Museum of Idaho and the Art Museum of Eastern Idaho. Both Yellowstone National Park and Grand Teton National Park are located within two hour drives of the city. 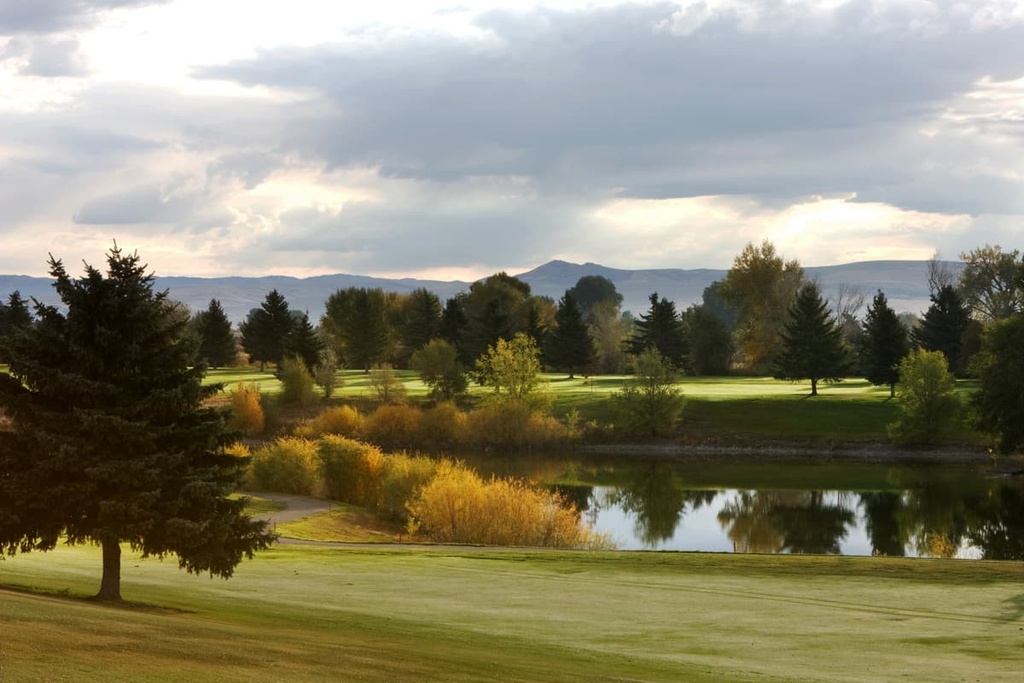 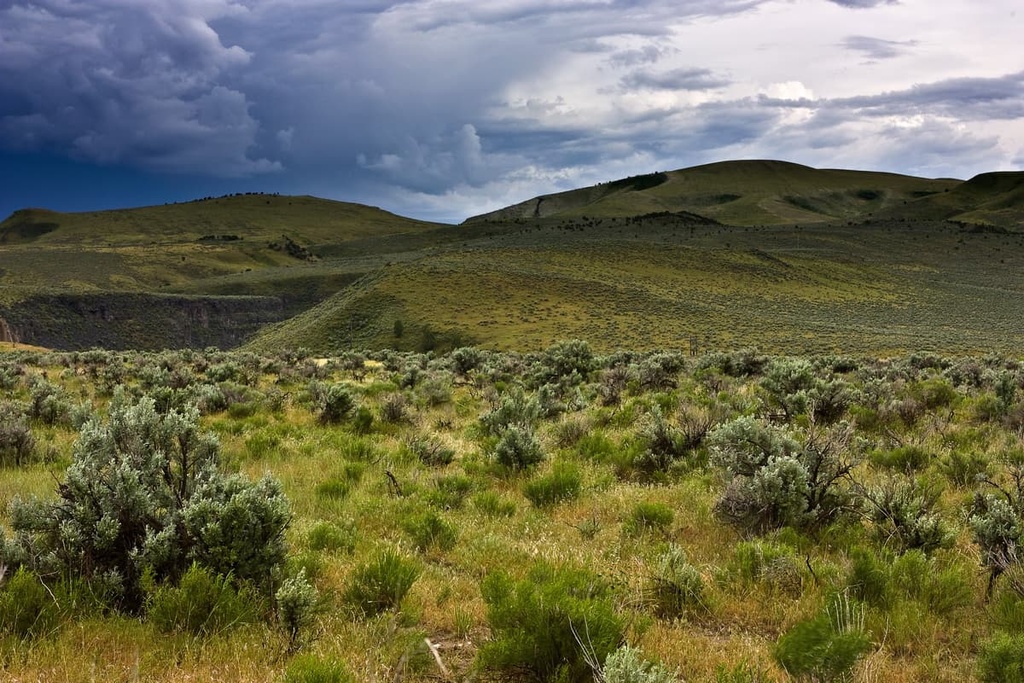 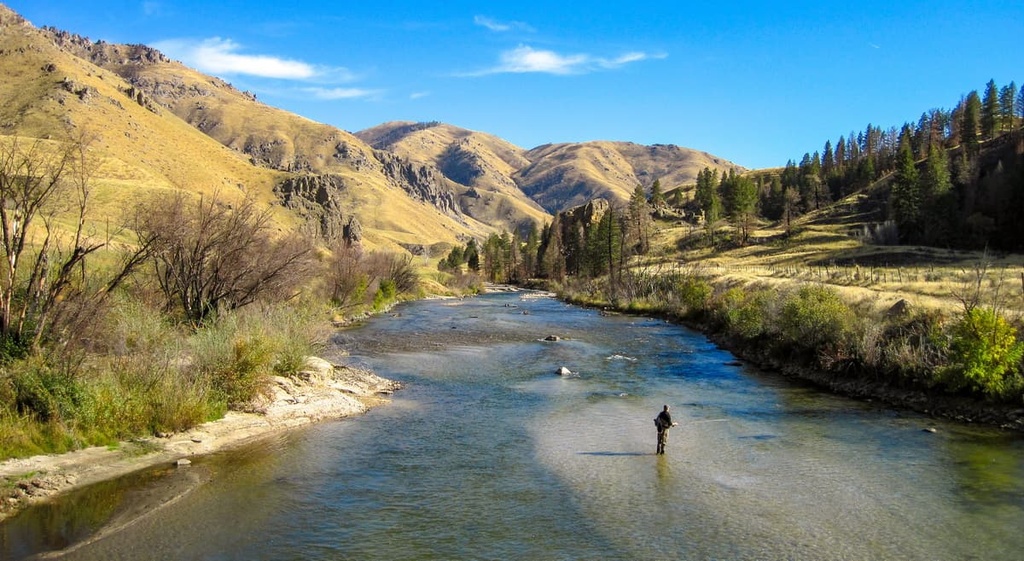 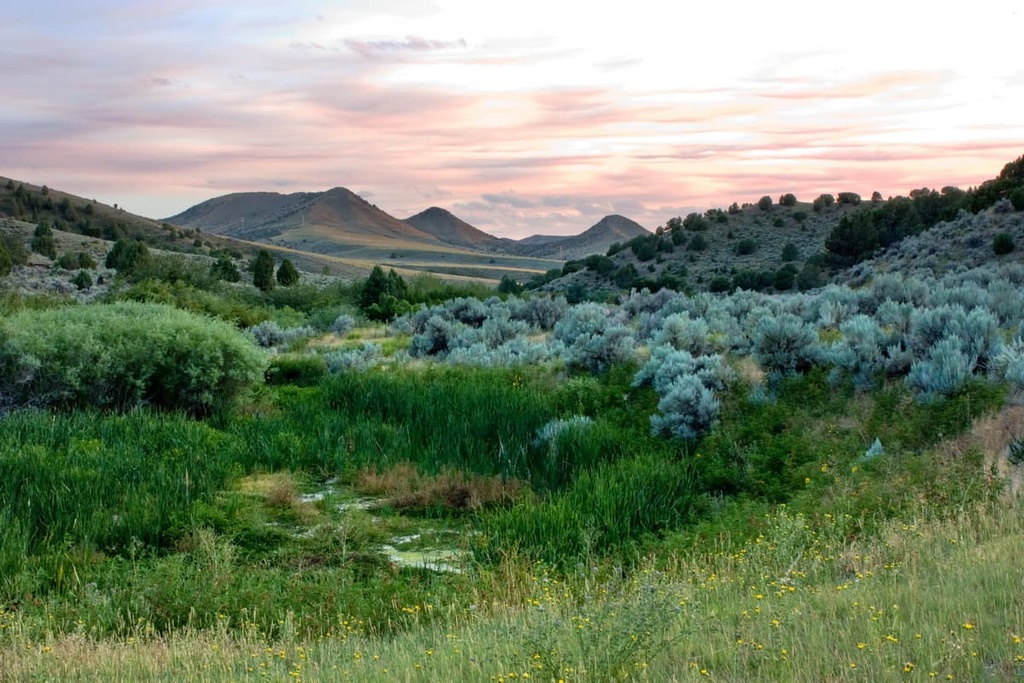 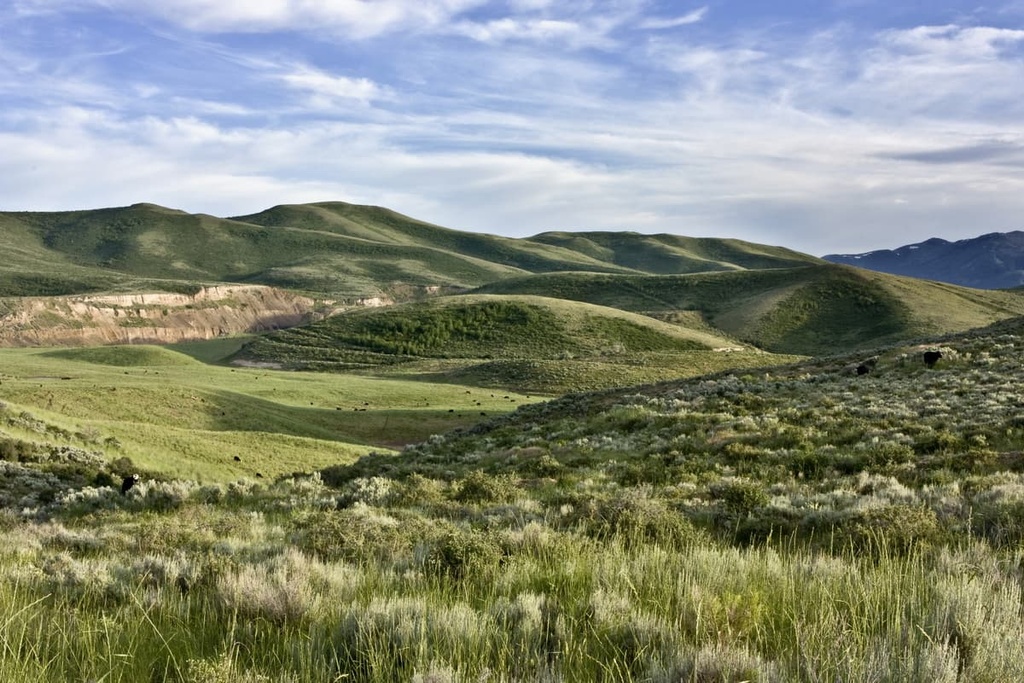