2 215 m
Elevation
Elevation is the altitude of a place
above sea level.

235 m
Prominence
Peak’s prominence is the least
vertical to be covered to get from the
summit to any other higher terrain.

Location
47.490862 N  -121.30143 W
Lemah Mountain is a mountain peak in the Snoqualmie Crest, a part of the North Cascades Mountains, of the Washington state. It is located approximately 7.7 miles (12.4 km) from the city of Snoqualmie Pass. Most noted for its five distinct summits, its name, Lemah, comes from the Chinook Jargon word Lemah, in turn derived from a French word, le main, meaning "hand". Lemah Mountain, like all of the Cascade Range, is approximately 15,000 years old, formed by rocks crumpled into mountains by the Cascadia subduction zone where the Juan de Fuca and North American plates meet. 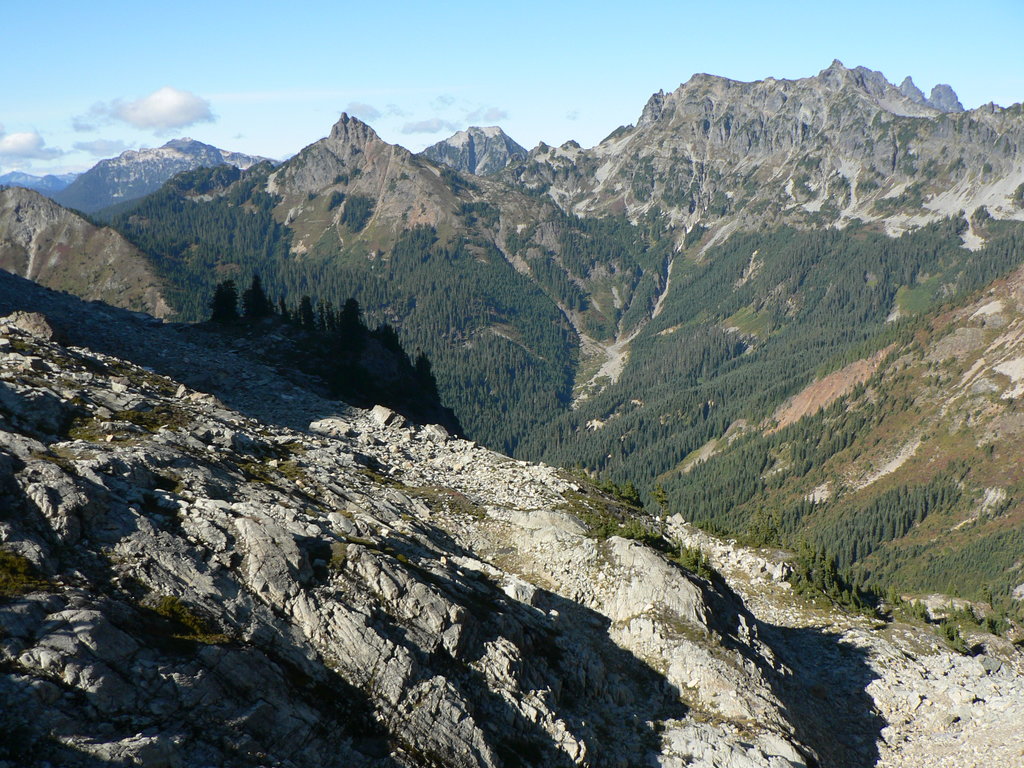