2 323 m
Elevation
Elevation is the altitude of a place
above sea level.

800 m
Prominence
Peak’s prominence is the least
vertical to be covered to get from the
summit to any other higher terrain.

The Main Peak was a prized climbing object in the first half of the 20th century. A report of a party reaching the summit in 1923 turned out to be false, as it had climbed Lemah instead. A group of climbers who made an attempt in 1925 declared the summit as probably impossible. However already on August 27, 1930, Forest Farr, Art Winder and Laurence Byington reached the summit via the south and east face, spending several days for exploration, in a feat quite remarkable for the time. It took 10 years before the summit was reached again, in 1940 by Jim Crooks and Fred Beckey. 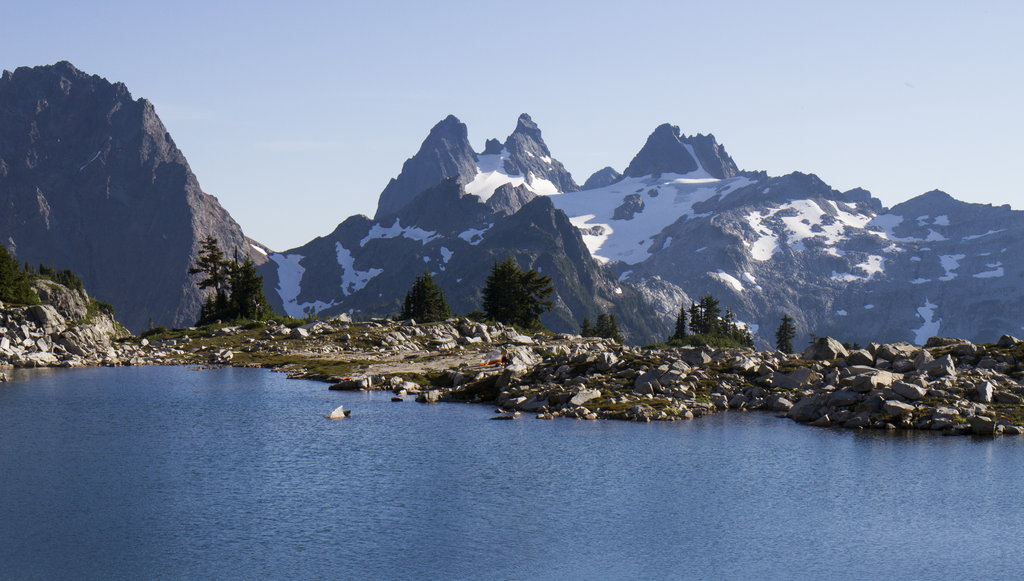 3D View
Chimney Rock model
Ranges
Parks
Check out a downloadable 3D model of Chimney Rock area. A higher resolution model can be found in the PeakVisor mobile app.
Do you have photos of Chimney Rock or know something about it? Please let us know!