Organized in 1883 by the Washington Territorial Legislature, Kittitas County covers roughly 2,333 square miles of central Washington. The county lies on the eastern slopes of the Cascade Mountains, between the Cascade Crest and the Columbia River in the Columbia River basin. Roughly 78% of Kittitas County lies within the Upper Yakima Basin, an incredibly diverse region that stretches from high alpine wilderness in the Cascades to agricultural lands in the Kittitas Valley near Ellensburg.

The county name is said to have many different origins and meanings, including ‘white chalk, ‘shale rock, ‘shoal people, and ‘land of plenty. Most historians and anthropologists agree that each interpretation has some validity, depending on the dialect. 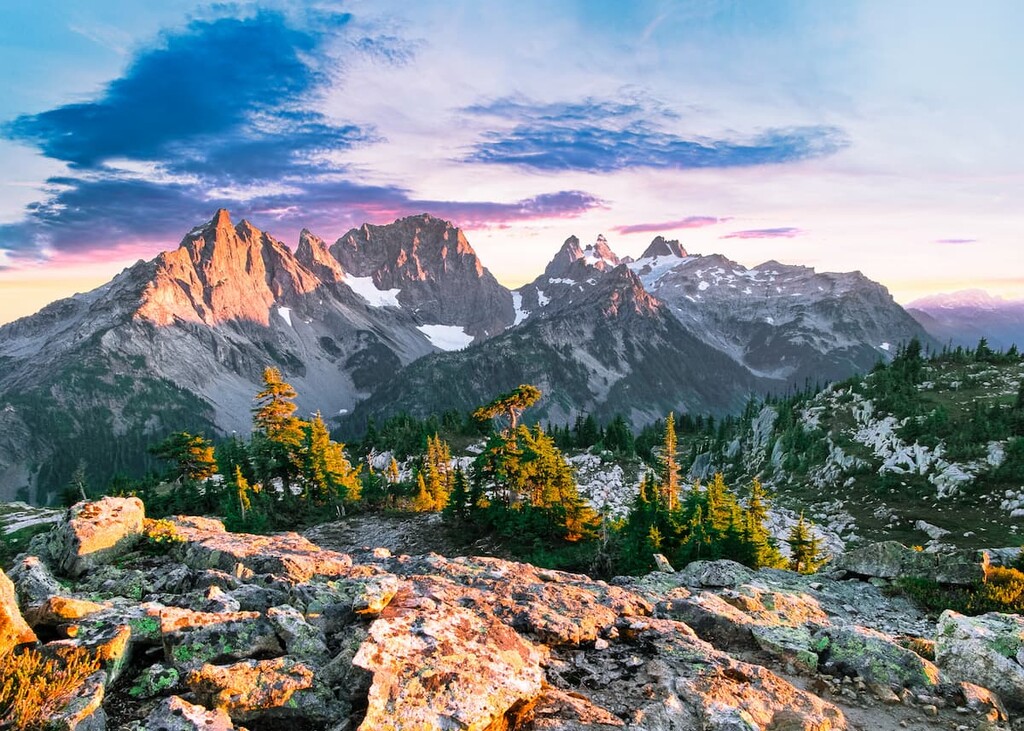 Prior to European settlement, the Kittitas Valley was a traditional gathering place for tribes east of the Cascades. Natives would regularly travel to the valley during the spring to dig up roots, including kamas and kouse. Natives living in the Kittitas Valley were known as the Kittitas or Upper Yakima Indians, both of which are part of the Yakama Nation.

Unfortunately, the arrival of white settlers in the 1860s led to the rapid displacement of native inhabitants. Though tribes initially relocated to nearby valleys, including Yakima Valley, they were eventually moved to the Yakima Indian Reservation.

The Eastern Cascades Slopes and Foothills ecoregion divides the central portion of the county and receives far less precipitation. This ecoregion is forested with open stands of ponderosa pine. Lastly, the Columbia Plateau ecoregion, which lies east of the Eastern Cascades Slopes and Foothills, is a low-lying region characterized by semi-arid shrub-steppe and grasslands. This part of the county contains the Columbia River and has mostly been converted to irrigated agriculture.

The majority of Kittitas County’s highest peaks, including Mount Daniel, South Ingalls Peak, Chimney Rock, Ingalls Peak, Mount Hinman, and Overcoat Peak, are tucked within the Alpine Lakes Wilderness, a 400,000-acre park that is said to contain some of the most rugged terrain in the Cascade Range.

Centrally located and easily accessible from two major interstates, Kittitas County has become an increasingly popular destination for outdoor recreation. More than half of the county is owned by state and federal agencies. These lands allow visitors to hike, camp, fish, paddle, and cycle throughout the year.

The Alpine Lakes Wilderness contains some of the most impressive terrain in the Cascades, including weathered summits like Mount Stuart, Colchuck Peak, and Prusik Peak. Due to its wilderness designation, motorized vehicles are prohibited from entering the park. However, 47 trailheads provide access to roughly 600 miles of trail in the area.

Home to Summit at Snoqualmie, the closest ski area to Seattle, Snoqualmie Pass (and the i90 corridor) is arguably the most visited region for outdoor recreation in western Washington. In the height of summer, hikers flock to Snoqualmie Pass and trails along the i90 to experience the region’s impressive peaks, lakes, waterfalls, and forests.

Snoqualmie Pass is home to a variety of natural attractions including impressive peaks, like Mount Catherine and Granite Mountain, remarkable waterfalls, like Snoqualmie Falls and Franklin Falls, and easily accessible lakes and ponds, like Gold Creek Pond and Lake Keechelus. Snoqualmie is also home to a number of challenging, long-distance treks, including portions of the Pacific Crest Trail.

Most of the trails located along the i90 corridor are easily accessible, making them particularly popular among local outdoor enthusiasts and novice hikers. Trails in this area are notoriously crowded, so it’s best to get an early start and, if possible, visit on a weekday.

Located at the headwaters of the Yakima Basin watershed, the Teanaway Community Forest is Washington’s first community forest. The 50,241-acre park contains nearly 400 miles of free-flowing streams and provides opportunities for hiking, camping, mountain biking, horseback riding, boating, snowmobiling, fishing, and hunting. The Department of Natural Resources manages the Teanaway Community Forest with the Washington Department of Fish and Wildlife.

Ellensburg is a charming town located east of the Cascade Range along the Yakima River. Known for its historic charm, Ellensburg was once the leading candidate to become Washington’s state capital. The city is named after the wife of town founder John Alden Shoudy, an American businessman and is home to a variety of historic museums and landmarks. Visitors can take a stroll downtown to check out the Cadwell Building, built with one million bricks, snap a selfie with the Ellensburg Bull, or to admire local street art and murals.

The Summit at Snoqualmie

The Summit at Snoqualmie encompasses four ski areas that span both sides of Snoqualmie Pass – Alpental, Summit West, Summit Central, and Summit East. The resort’s location, directly off of I-90, makes it incredibly accessible and popular among Washington locals. The Summit offers over 2,500 miles of trails suitable for hiking, horseback riding, and biking, as well as over 2,000 skiable acres.

Summit West is the most popular, while Alpental offers some of the steepest runs in the state. Summit East is known for its cross-country skiing and groomed trails and Central Summit houses a huge, popular terrain park. There are also a variety of restaurants and accommodations scattered throughout this region, making this the perfect basecamp for outdoor enthusiasts. 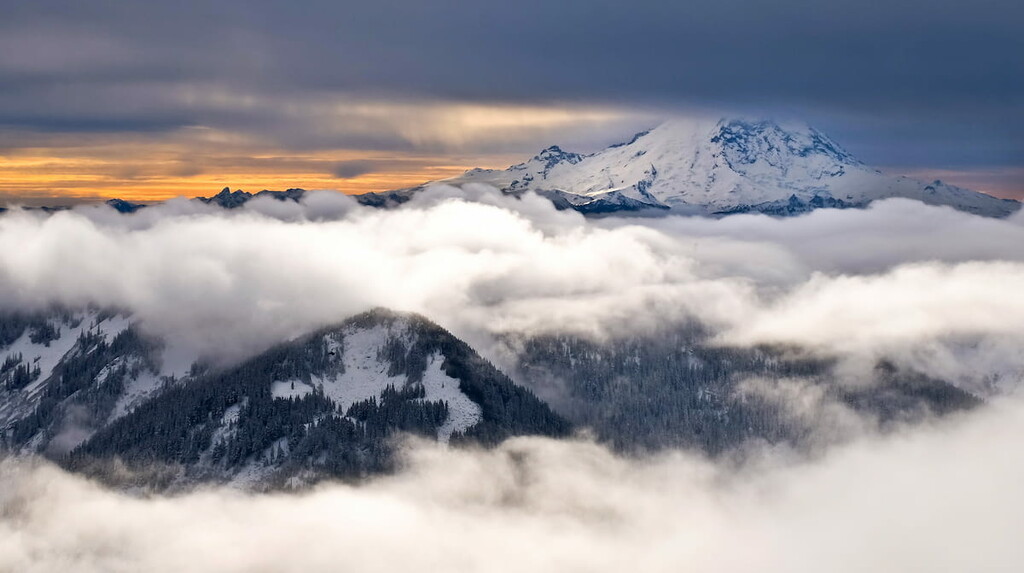 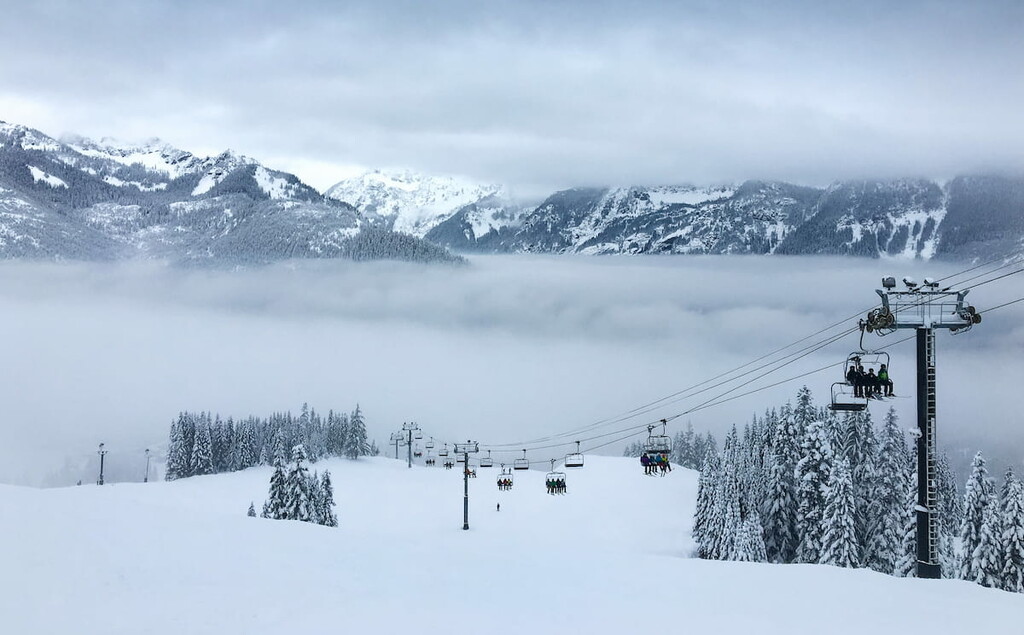 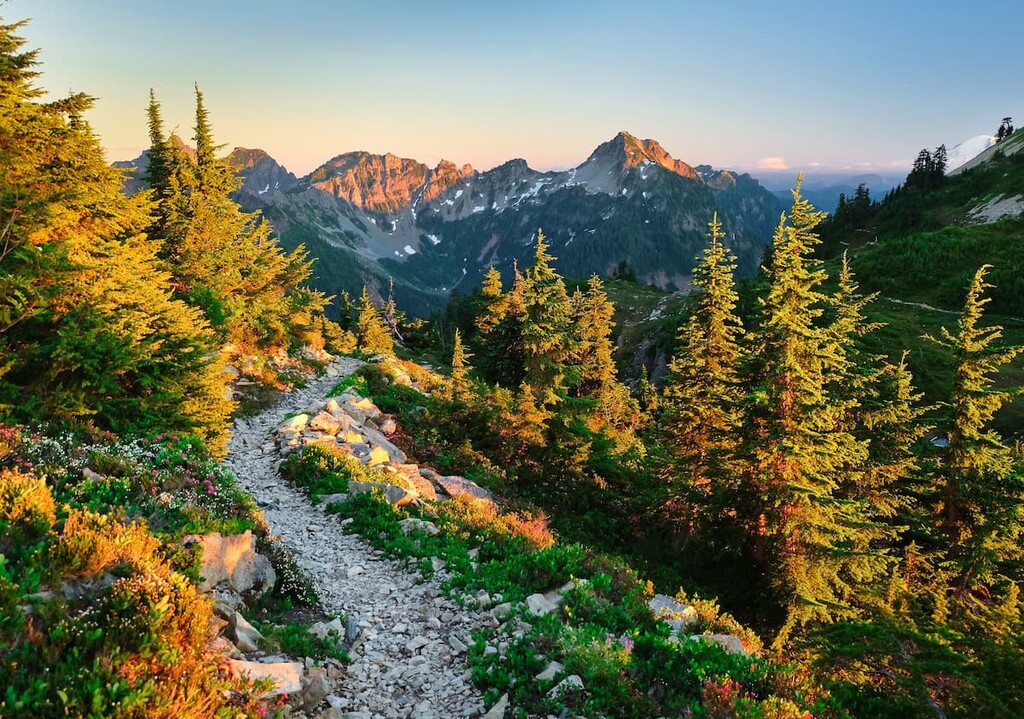 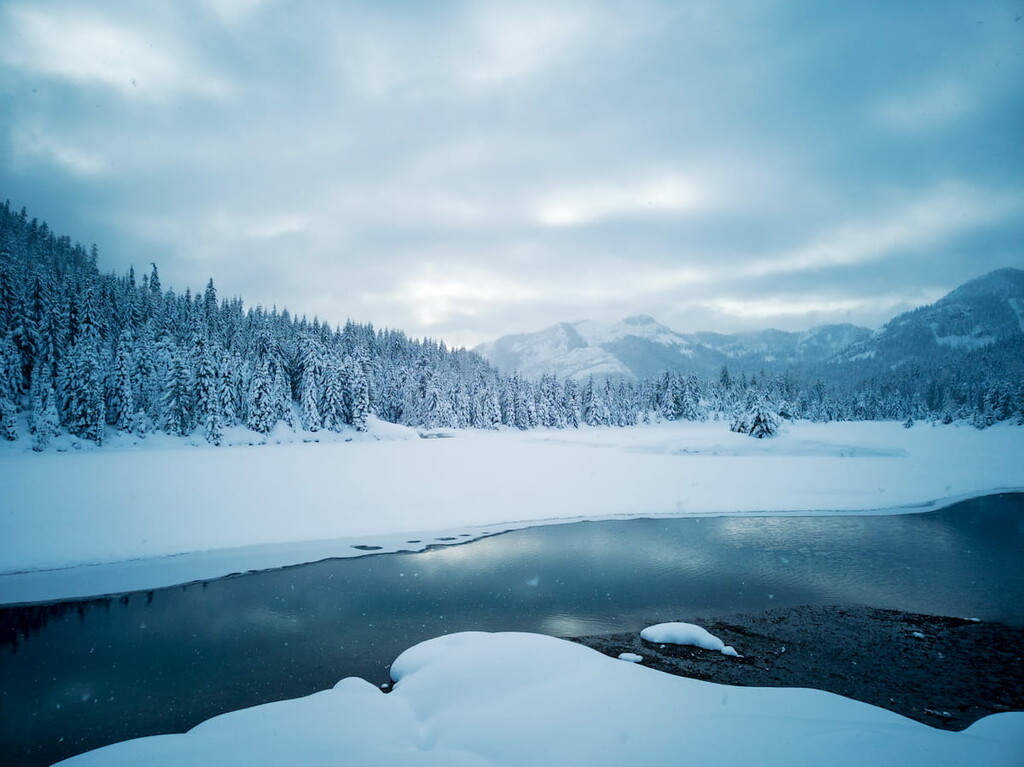 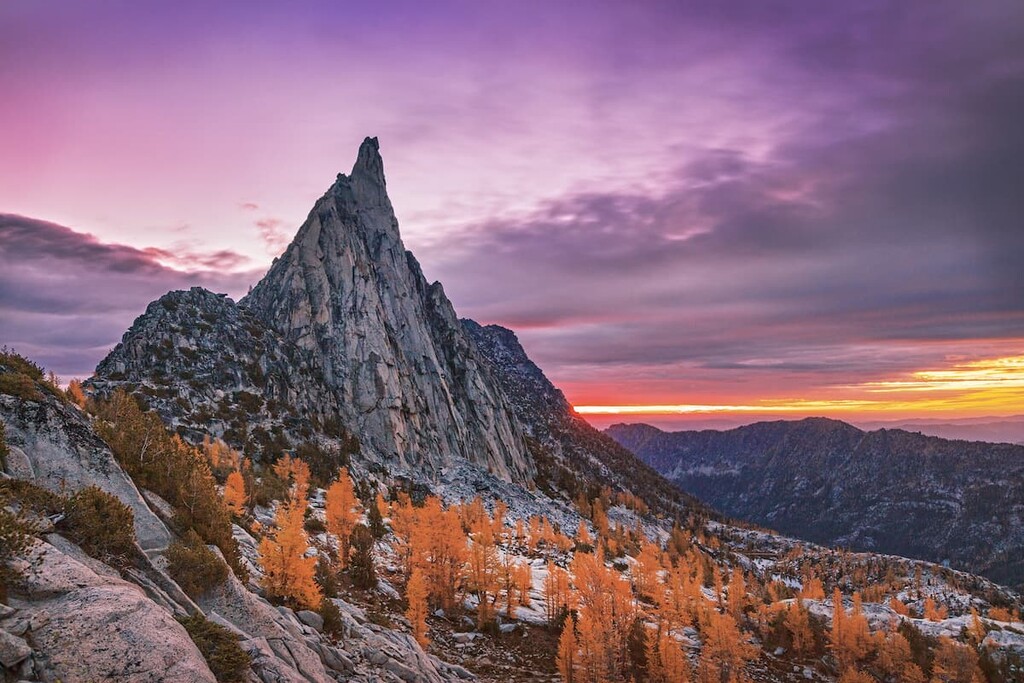 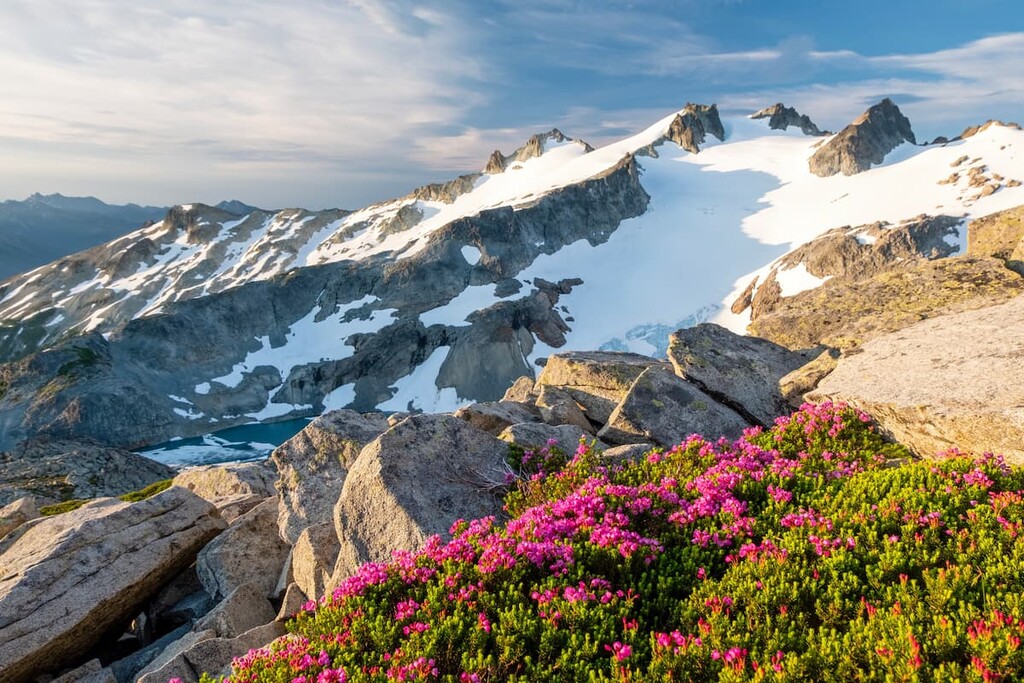