4 058 m
Elevation
Elevation is the altitude of a place
above sea level.

224 m
Prominence
Peak’s prominence is the least
vertical to be covered to get from the
summit to any other higher terrain.

Proportional Prominence 2 288 m
13er
Thirteeners are mountains higher than 13 ⁠000 ⁠ft / 3 ⁠962 ⁠m having at least 300 ⁠ft / 91 ⁠m of topographic prominence.
Location
39.851927 N  -105.690536 W
James Peak is a high mountain summit in the Front Range of the Rocky Mountains of North America. The 13,300-foot (4,054 m) thirteener is located on the Continental Divide in the James Peak Wilderness of Arapaho National Forest and Roosevelt National Forest, 5.2 miles (8.4 km) east-southeast (bearing 110°) of the Town of Winter Park, Colorado, United States. The summit is the tripoint of Clear Creek, Gilpin, and Grand counties. The peak is the highest point in Gilpin County and the James Peak Wilderness.

James Peak has a broad south slope that is very popular with hikers. The steep, sheer walls of the east face, offer multiple technical couloirs for snow climbers, skiers, and snowboarders. From south to north, these routes are named 'Bailout', 'Starlight', 'Sky Pilot', 'Shooting Star', and 'Superstar'.

There's a hiking trail (T2) called James Peak South leading to the summit. James Peak is one of the 29 peaks along the multi-day Divide Trails - North America. 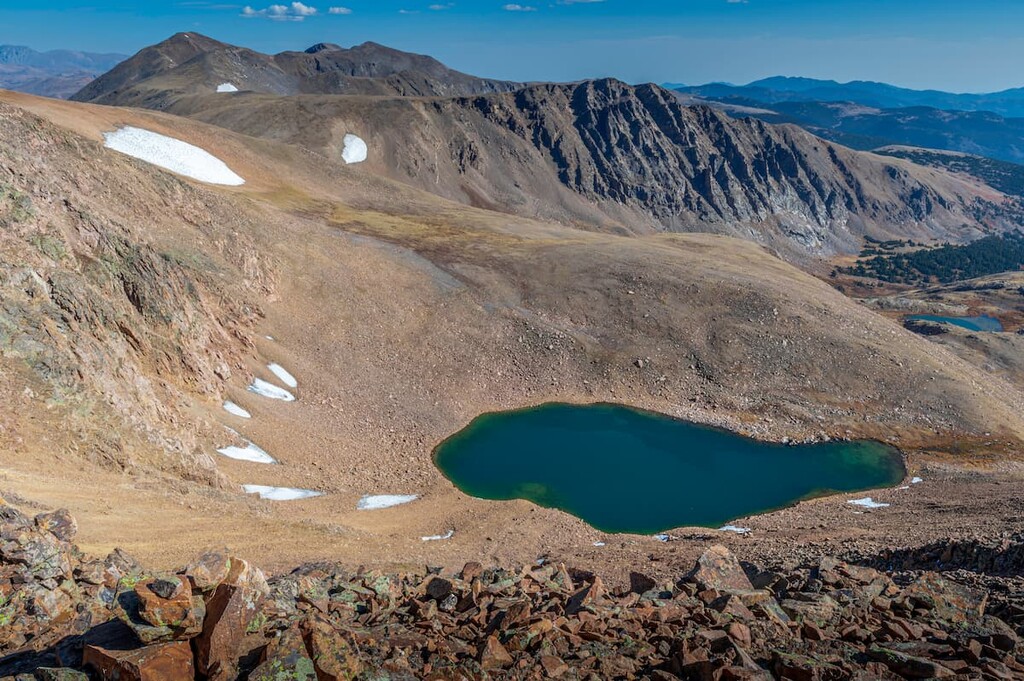